Tianjin Auntie's Steamed Bun is a family-run restaurant specializing in street eats like jianbing and juicy steamed buns from the northern Chinese city of Tianjin. 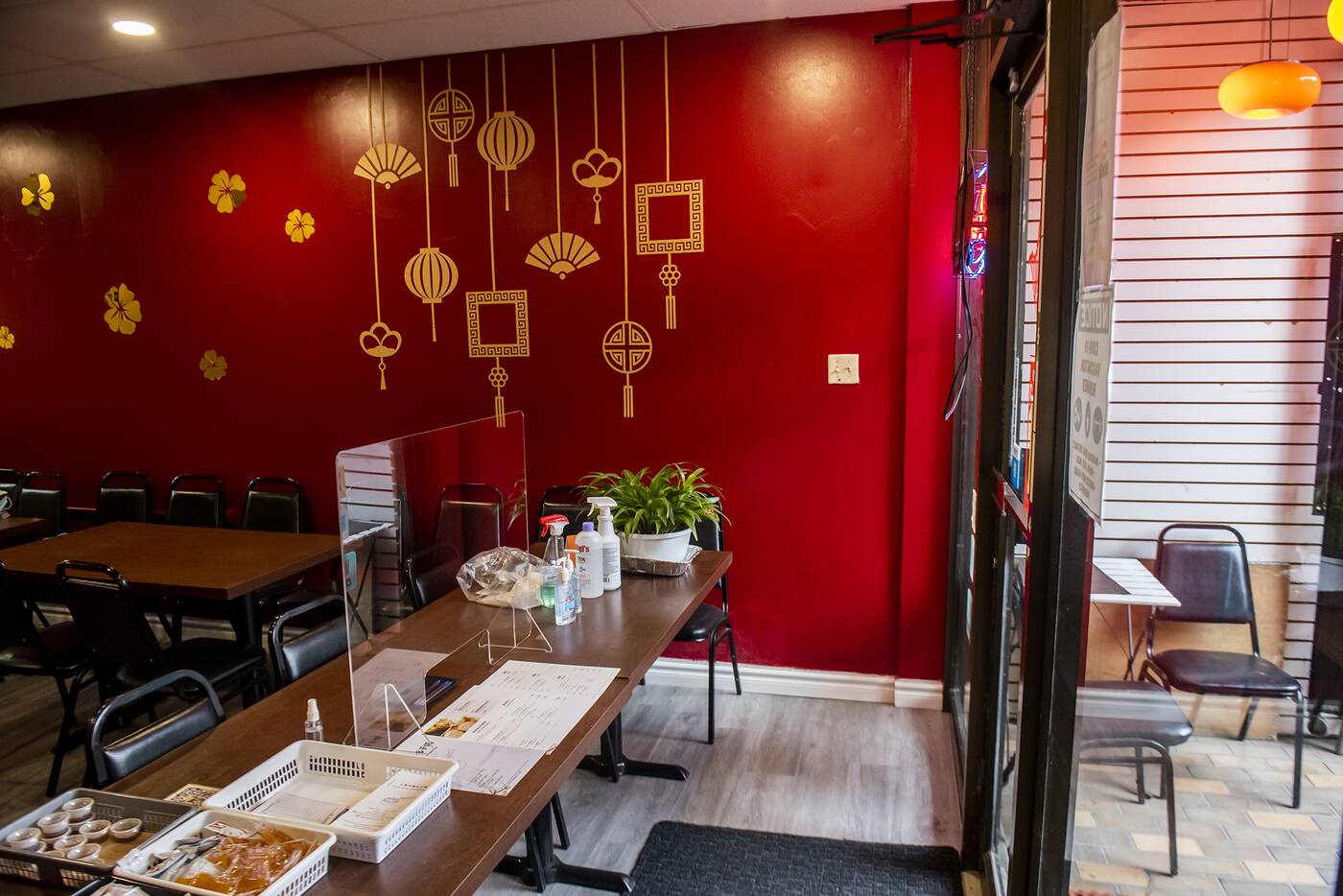 Tucked away on Huron Street with a few steps leading down to the storefront, the spot is just one of the many culinary gems to be discovered in Chinatown. 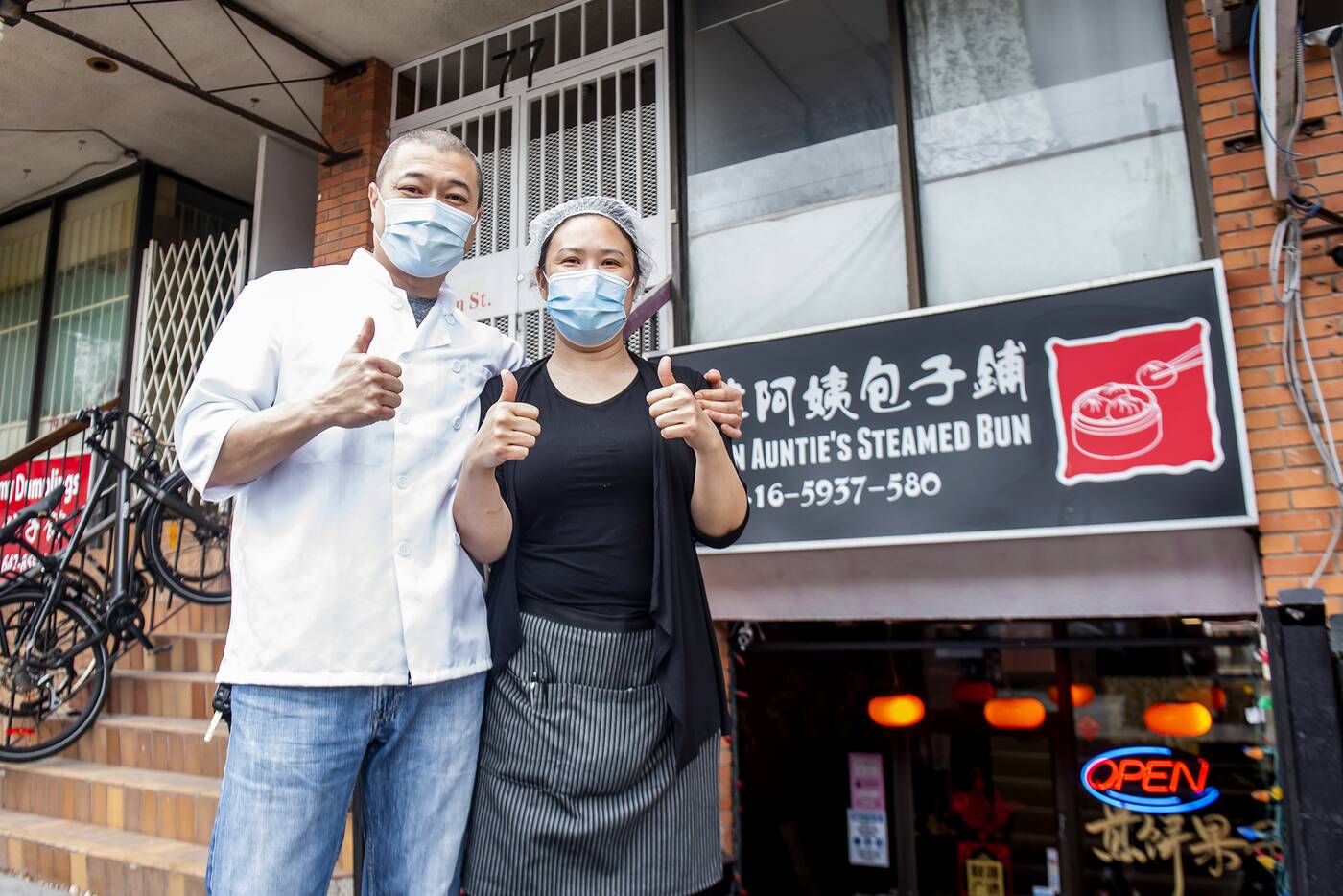 Owners Yu Huping and her husband Xwang Xuezhi used to run a catering service where they whipped up the same meals from their home and delivered them to University of Toronto students. They did that for four years before opening the restaurant.

Most of the dishes on the menu are typical of the major port city Huping grew up in not too far from Beijing that's brimming with different types of street foods. 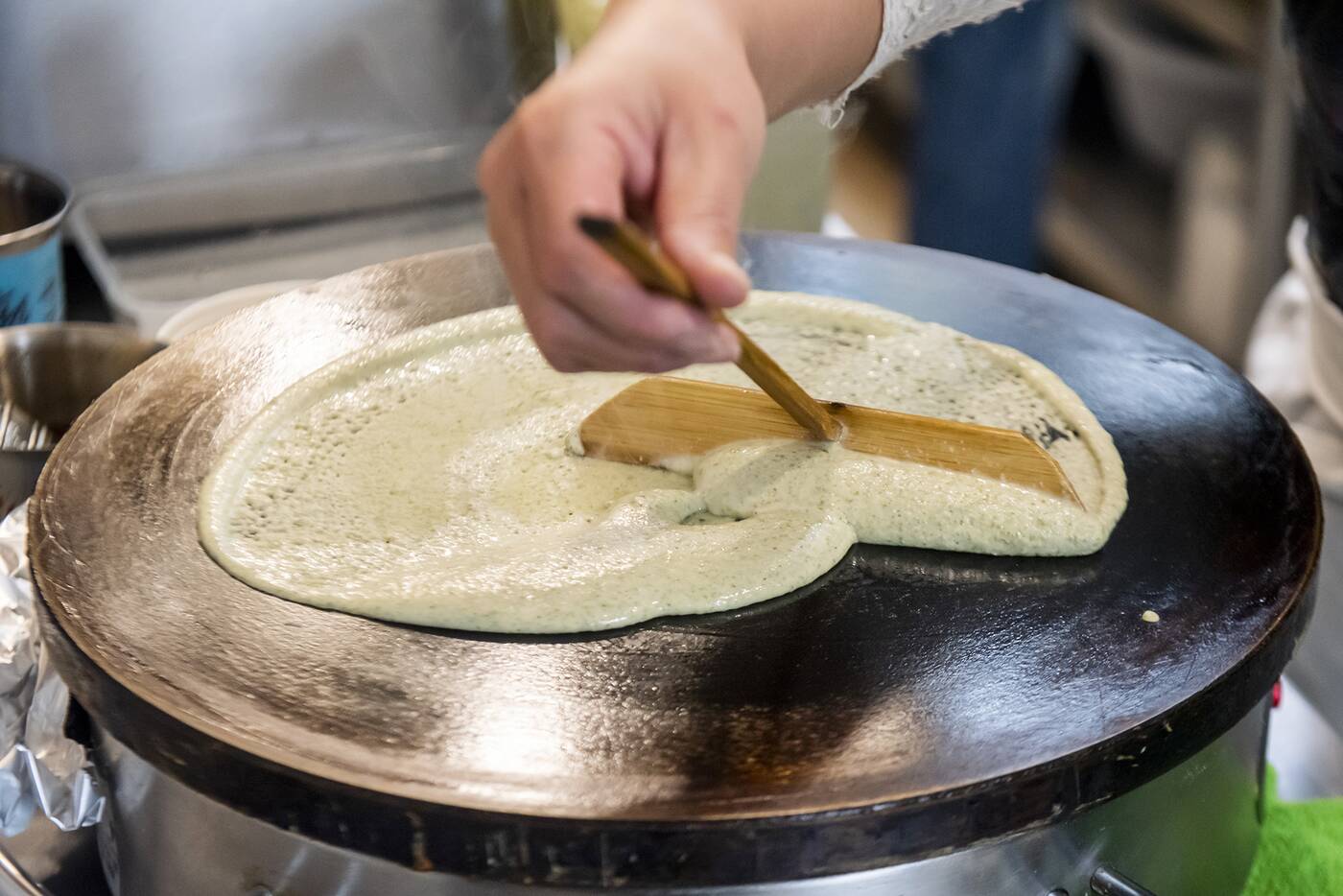 One of them, which originated nearly 450 kilometres south in Shandong and flourished in Tianjin, is jianbing or Chinese crepes. The savoury dish is folded with different fillings and sauces and is one of the most popular street breakfasts in many parts of China. 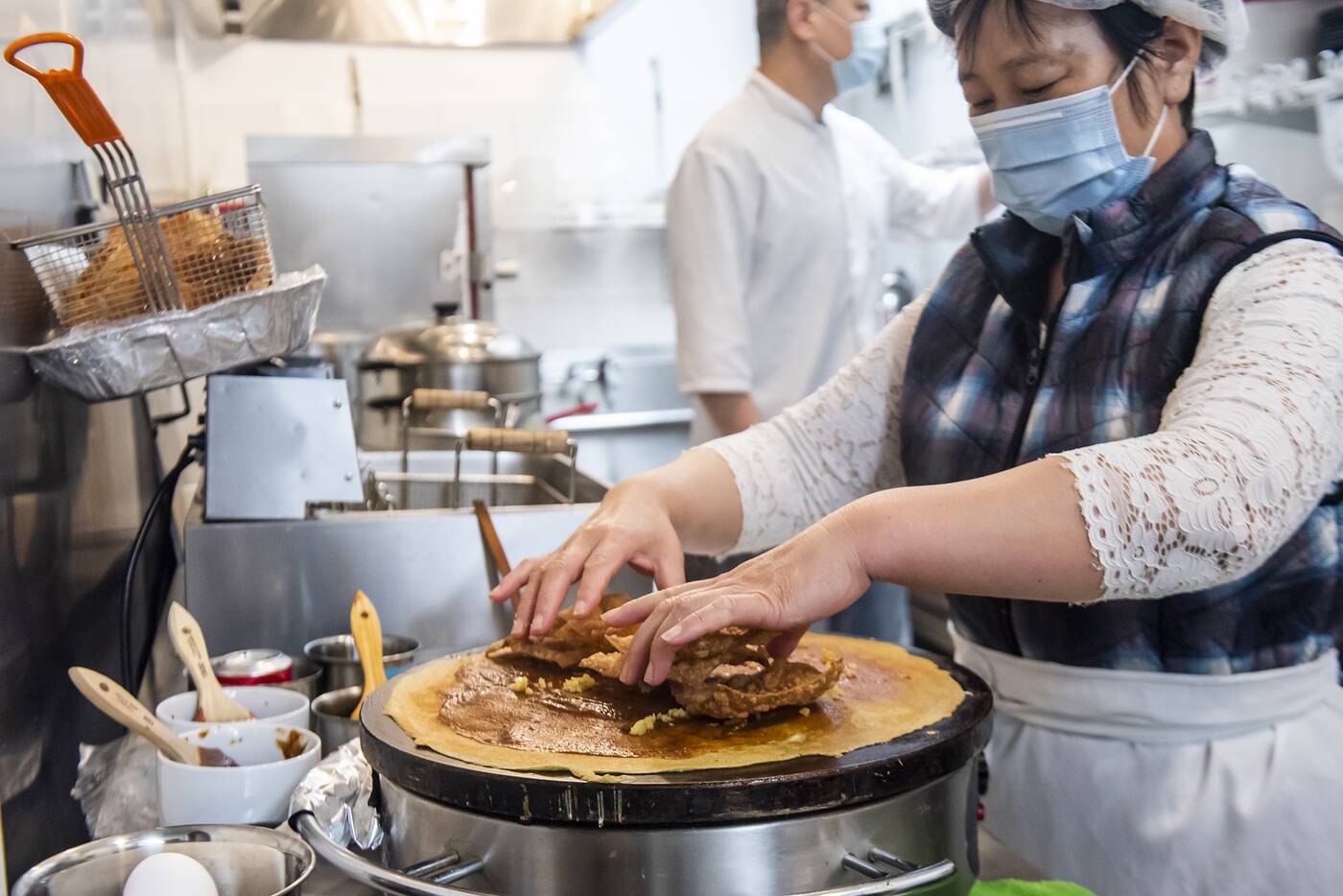 Tianjin Auntie's jianbing ($7.99) is made Tianjin-style with mung bean flour for a softer crepe. It comes slathered in a trio of sweet and savoury sauces. 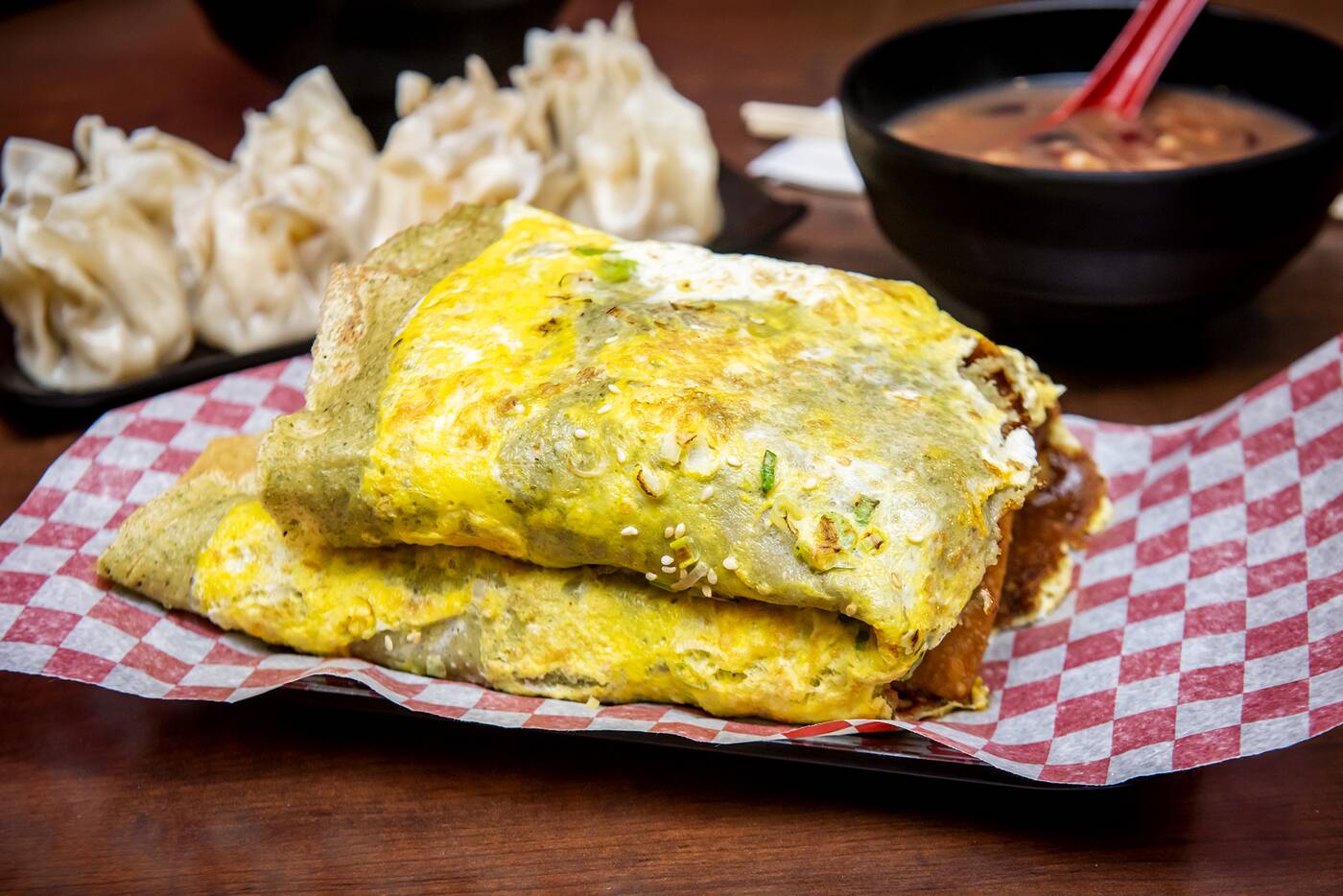 Crispy deep-fried crackers are also in the saucy layers, contrasting with the thin crepe it all comes wrapped in. 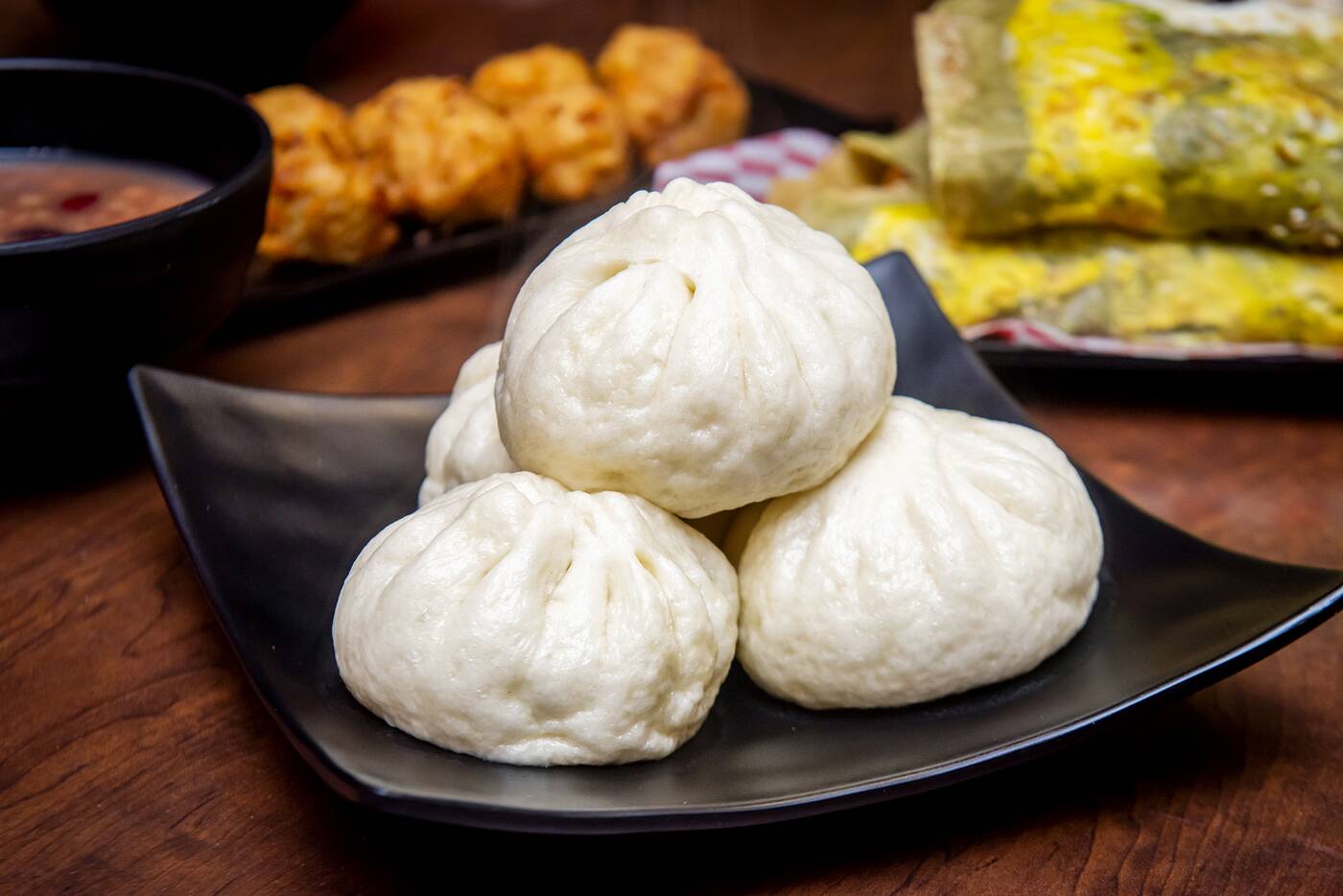 The coastal city of Tianjin is also known as the birthplace of bao, so you best believe the steamed buns are worth a try. The most popular of them is the steamed Tianjin-style pork and green onion ($5.50 for four pieces). 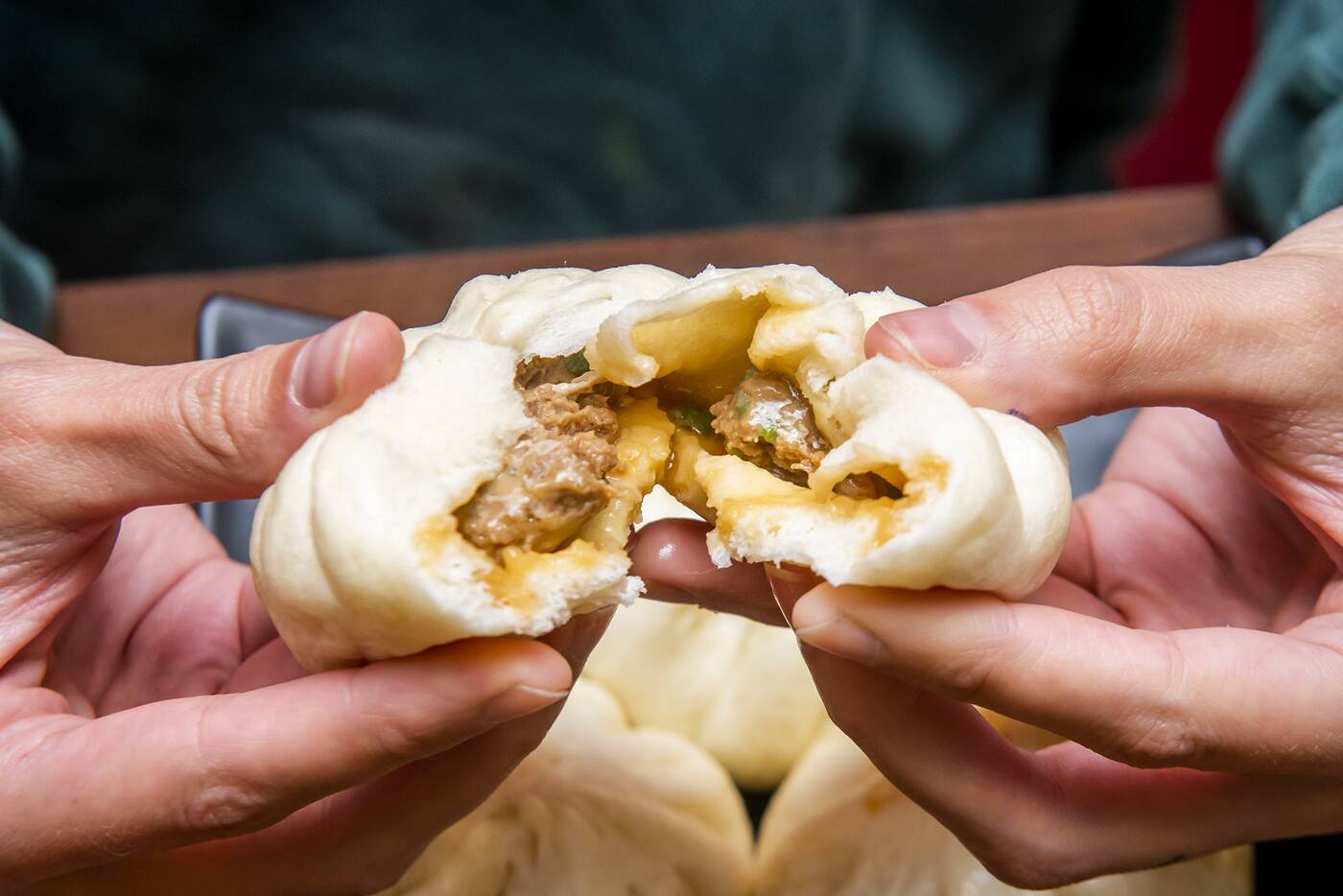 Flavourful juices from the meat and veggies inside will burst in your mouth when you bite into the warm bun. 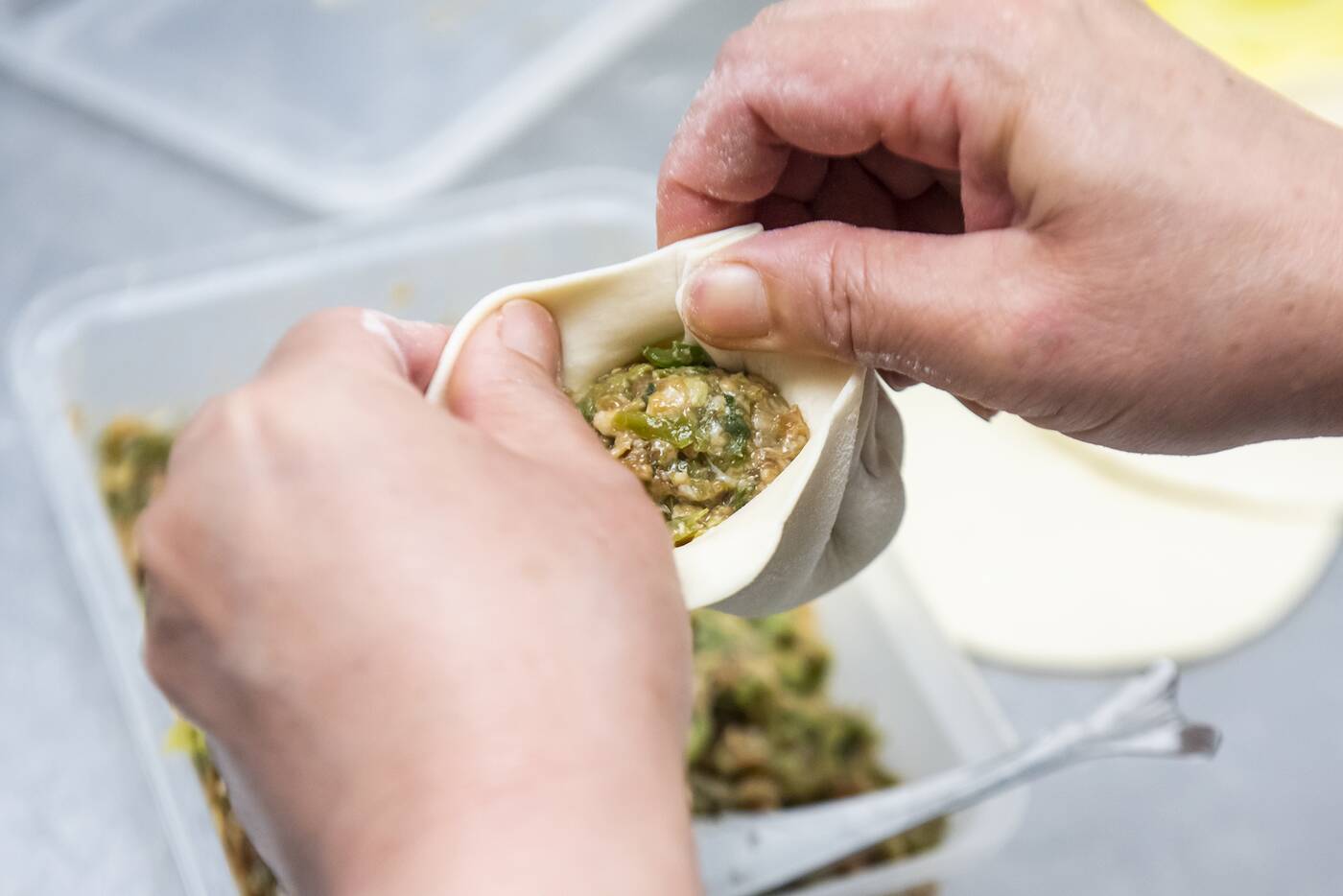 There's also a large selection of handmade dumplings that come either fried or boiled depending on your preference. We go for pork, shrimp, chive and egg ($12.99 for 12 pieces). 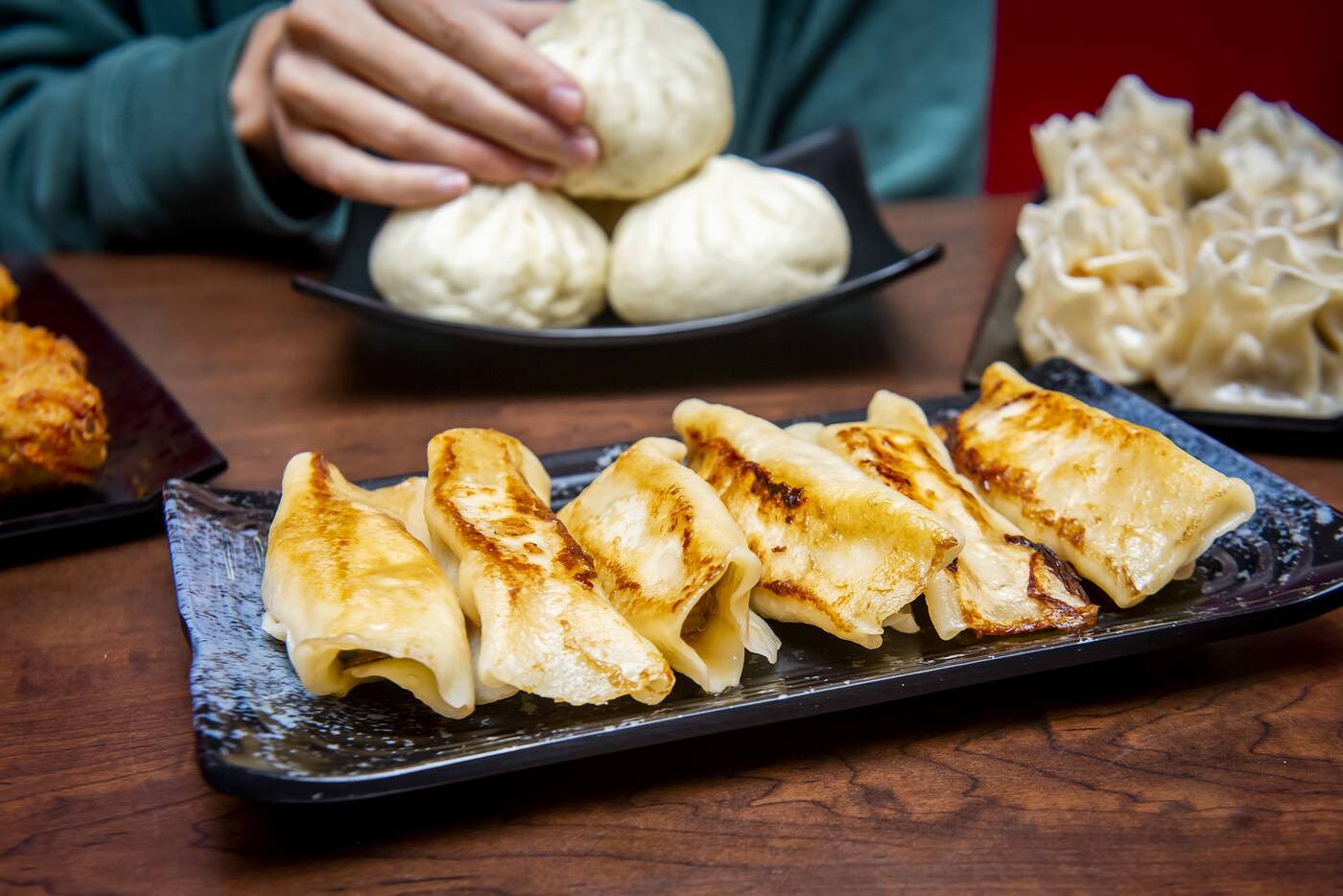 The contents are full of flavour while the outer layer is slightly oily, yet crispy from being freshly fried. 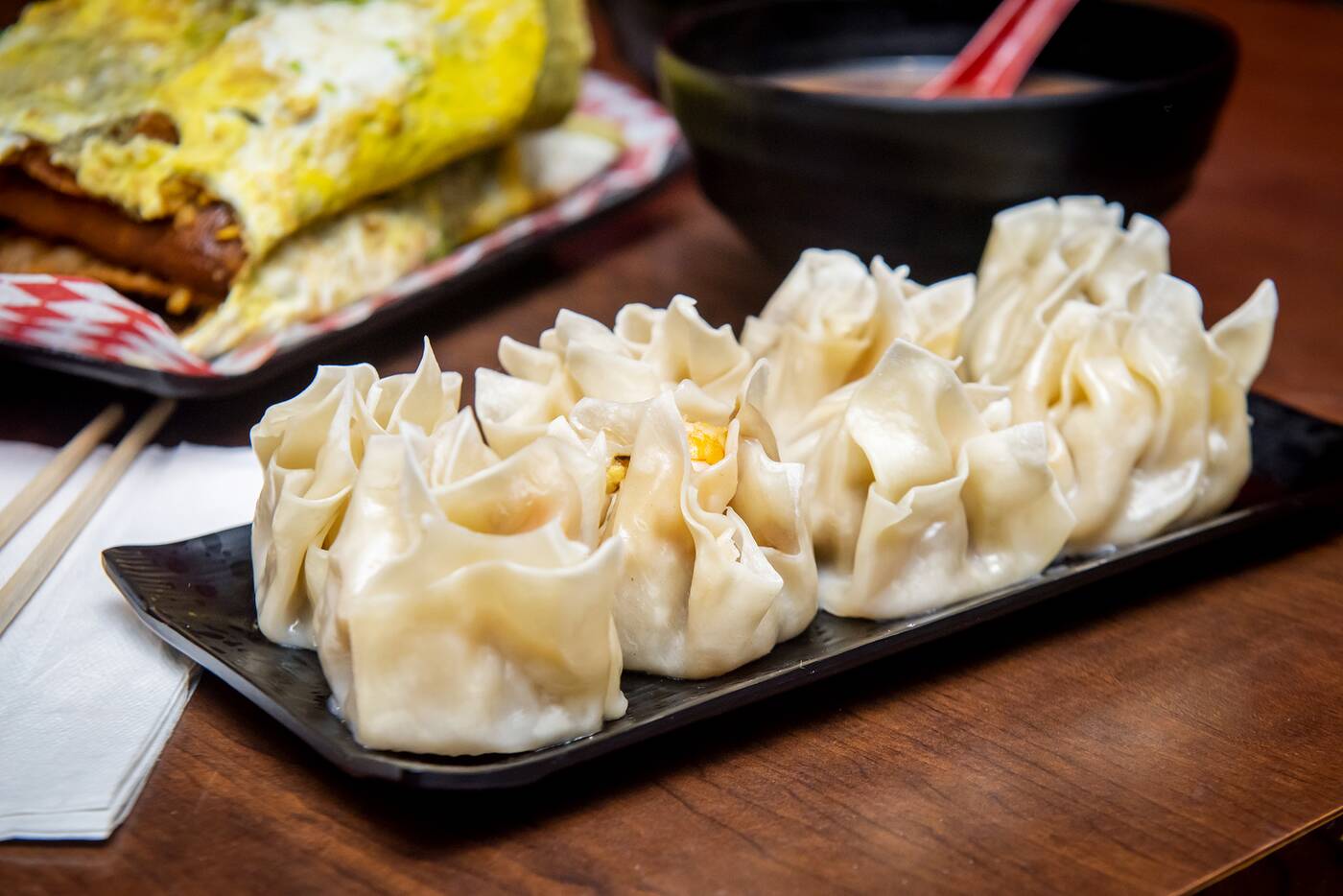 Although shumai comes in plenty of variations from Japan and other Asian countries, here it comes filled with pork and shrimp ($8.99 for six pieces) and offers a much chewier texture than the dumplings. 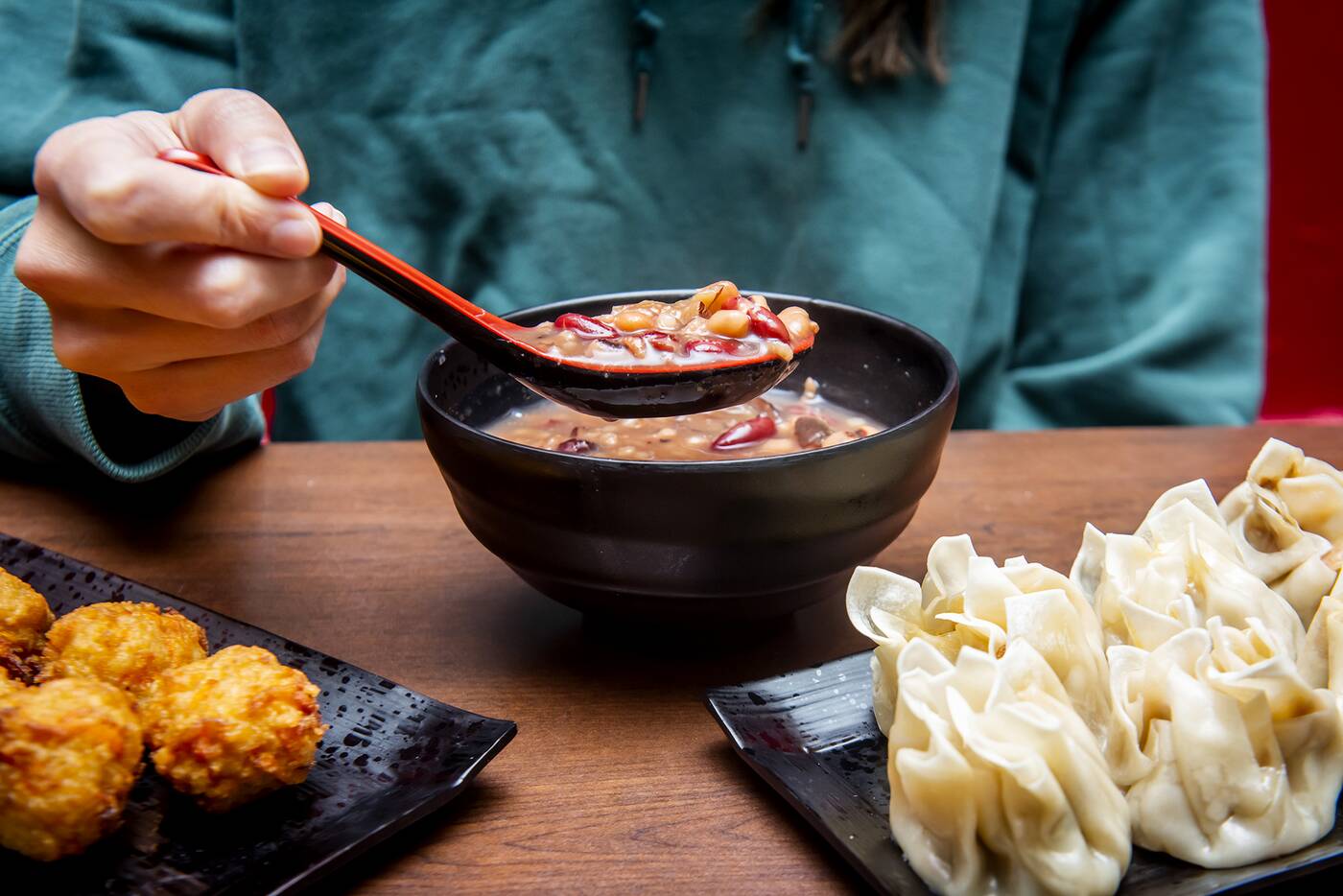 The mixed bean congee ($4.99) makes for a great starter before you dive into the dumplings and buns, but could also be enjoyed on its own especially on a rainy day. It's prepared with seven different kinds of beans and is sprinkled with sugar before serving. 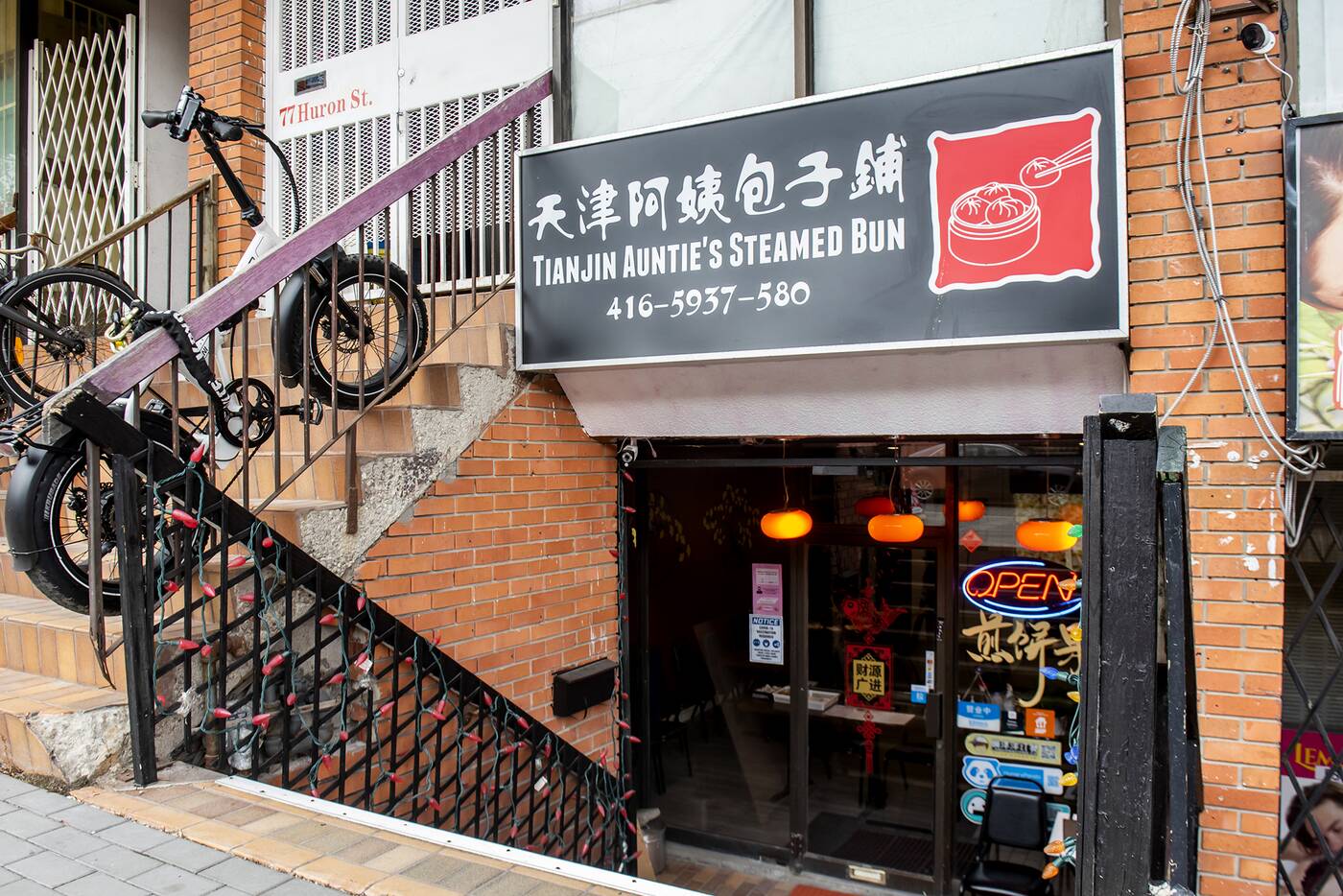