The Mezz was once a sports bar called Burnettes before transforming into Mezzrow's, a neighbourhood fixture for 22 years that closed its doors in 2017 due to skyrocketing rent.

This latest incarnation looks generally the same save for removal of its infamous saltwater fish tank. A worn carpet has been replaced with wooden floors and there have also been other cosmetic upgrades. 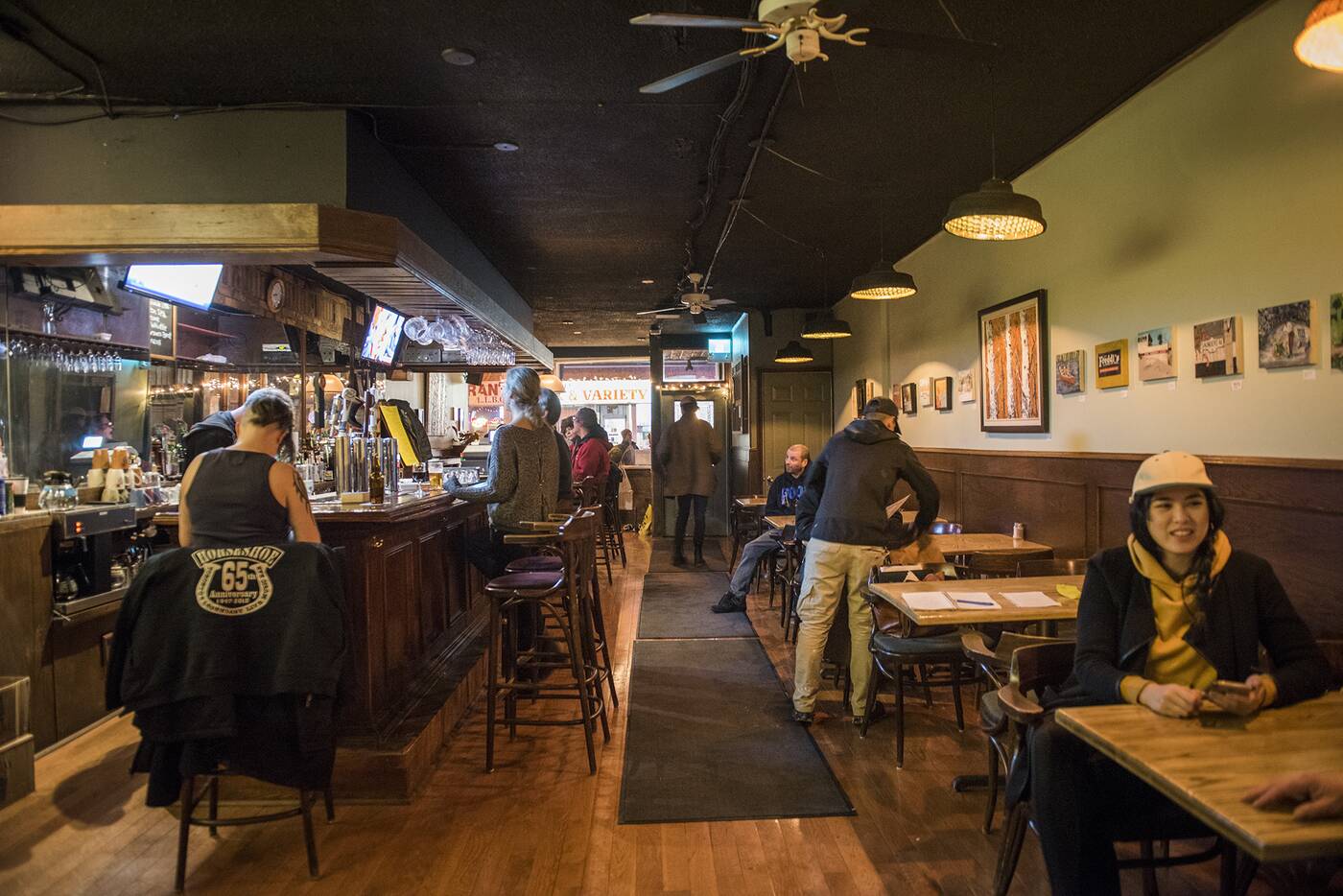 Named after Mezz Mezzrow, an American jazz musician (and pot dealer), this Parkdale place is a neighbourhood dive through and through. 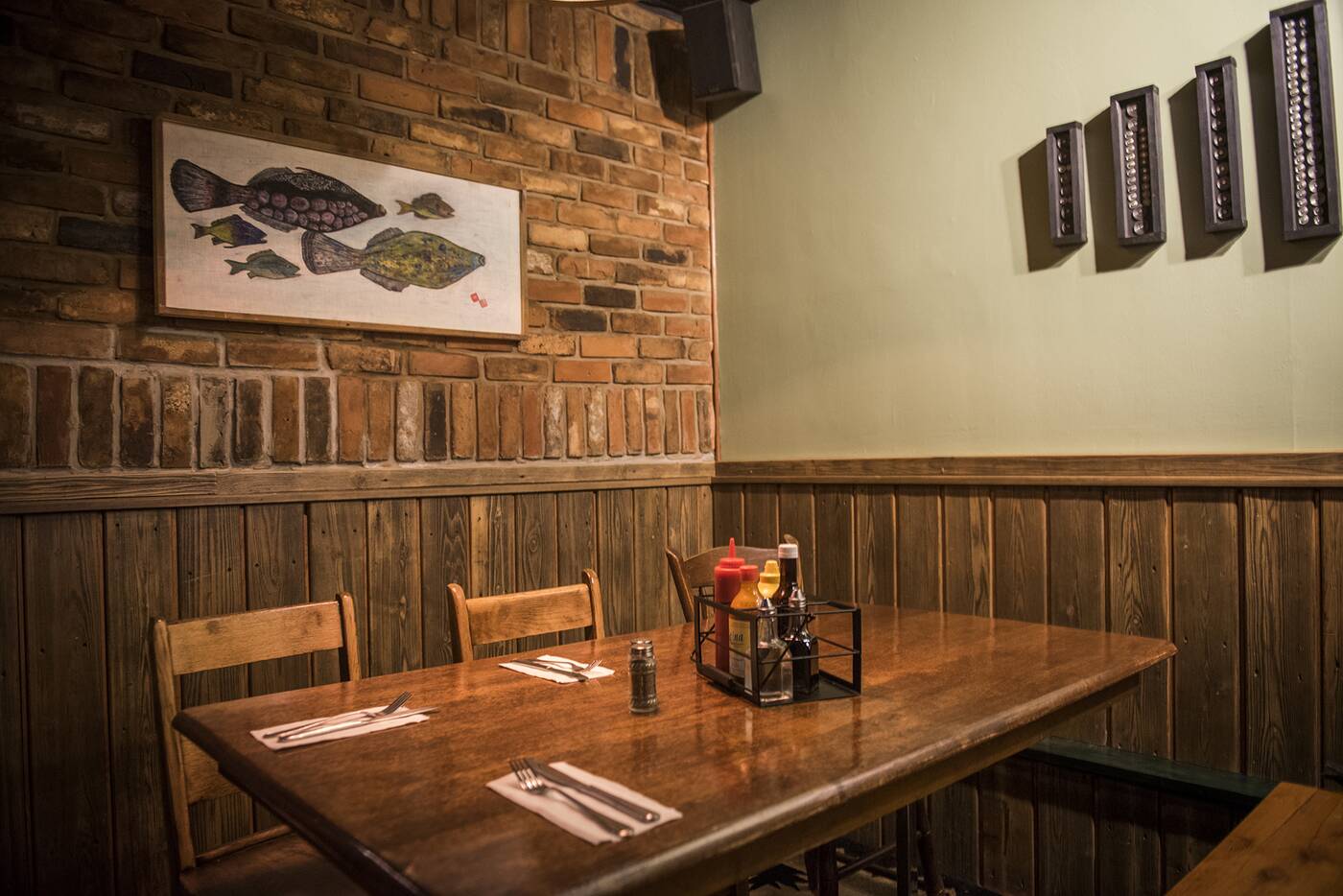 Dimly lit and smelling very much like a pub, its soundtrack consists mostly of rock (read: Kings of Leon tracks). 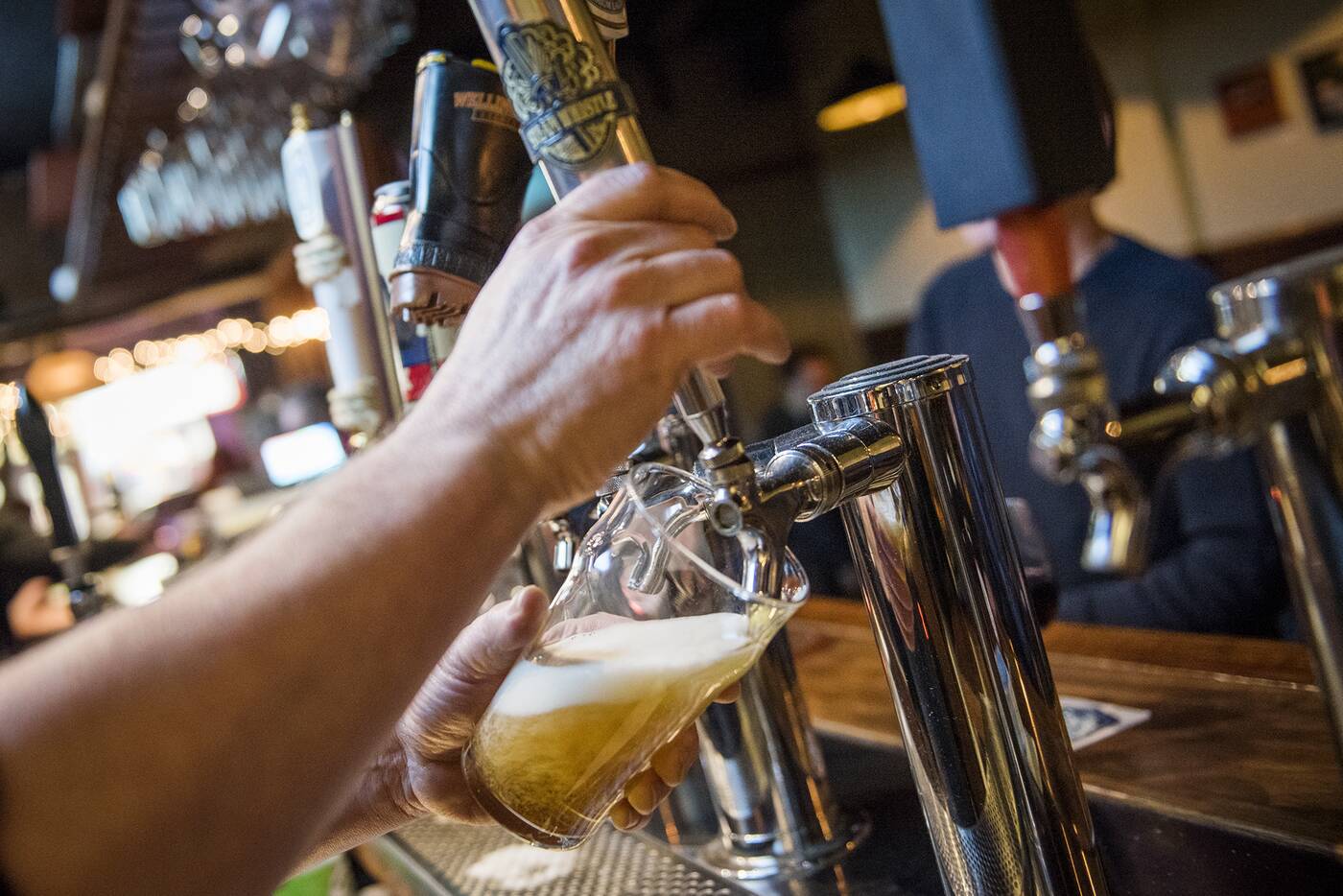 There are eight beers on tap: no fancy craft beer, just standard drafts like Creemore and Steam Whistle. From the kitchen you’ll hear the occasional ring of a diner bell whenever a plate is served. 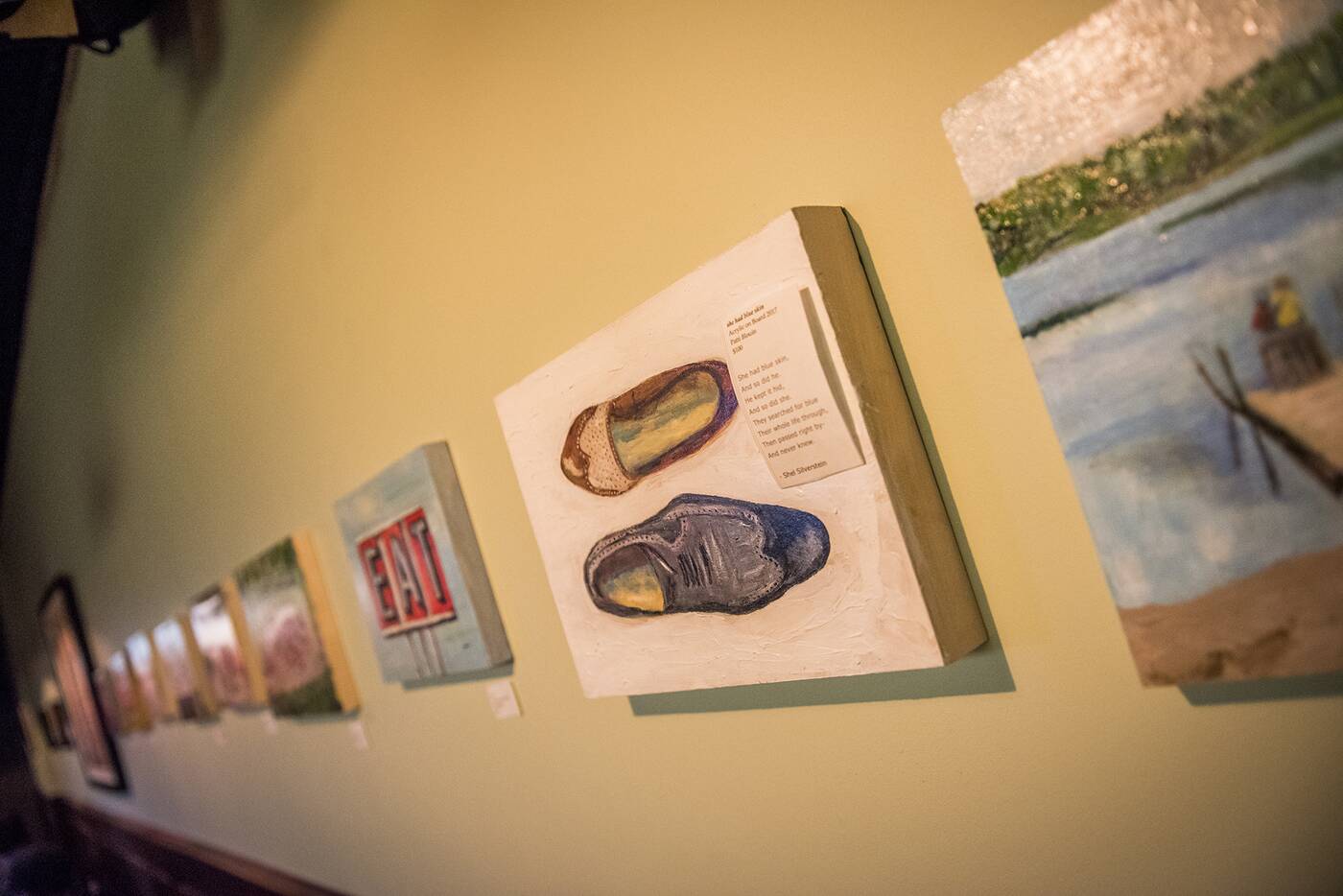 Full of regulars, The Mezz definitely has a community vibe. One wall of the bar is dedicated solely to locally-made art, with a new artist being featured monthly as part of their Art at the Mezz show. 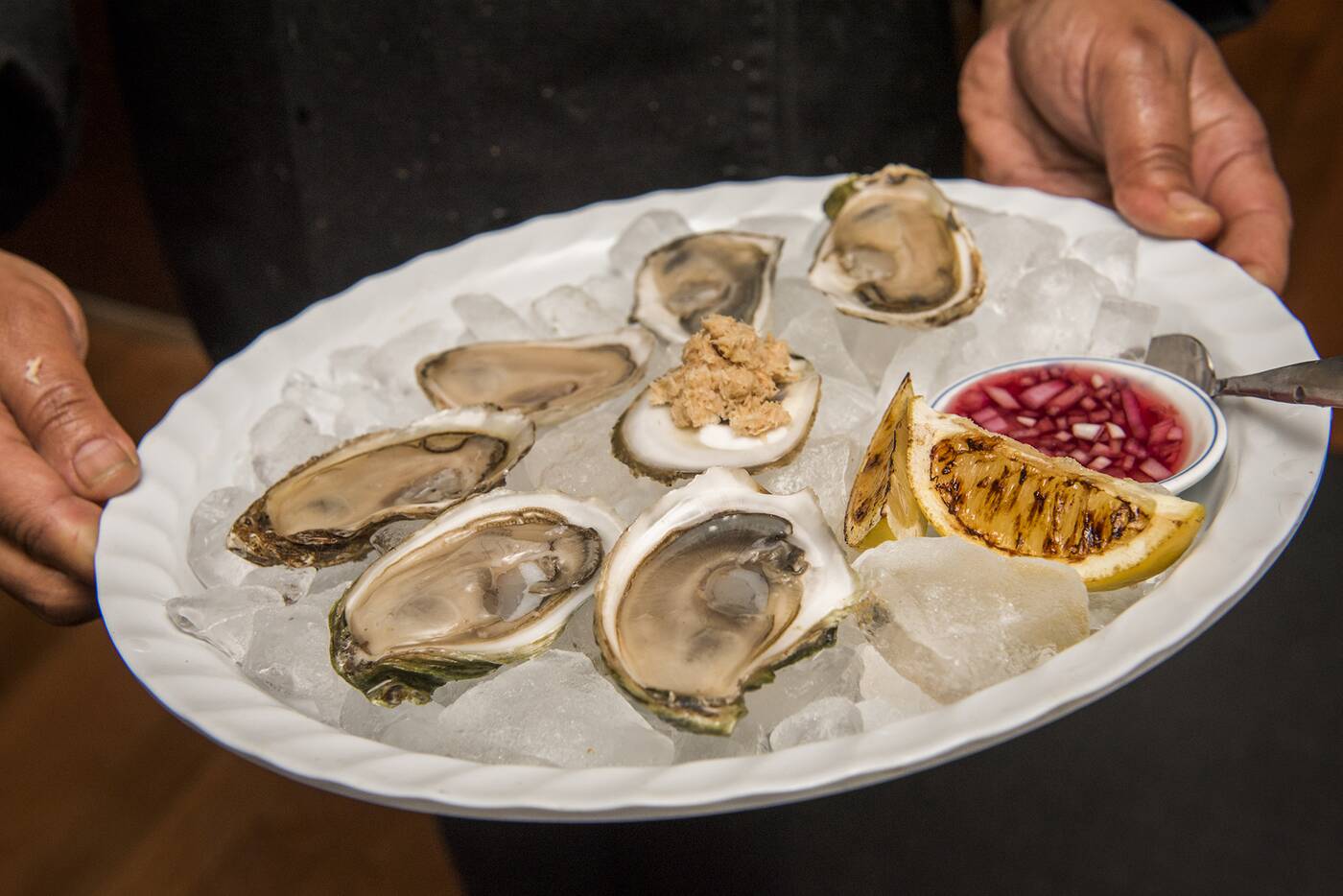 On Tuesdays, they have a buck-a-shuck deal, where you can order as many half a dozen P.E.I oysters as you want, served on a plate with ice. 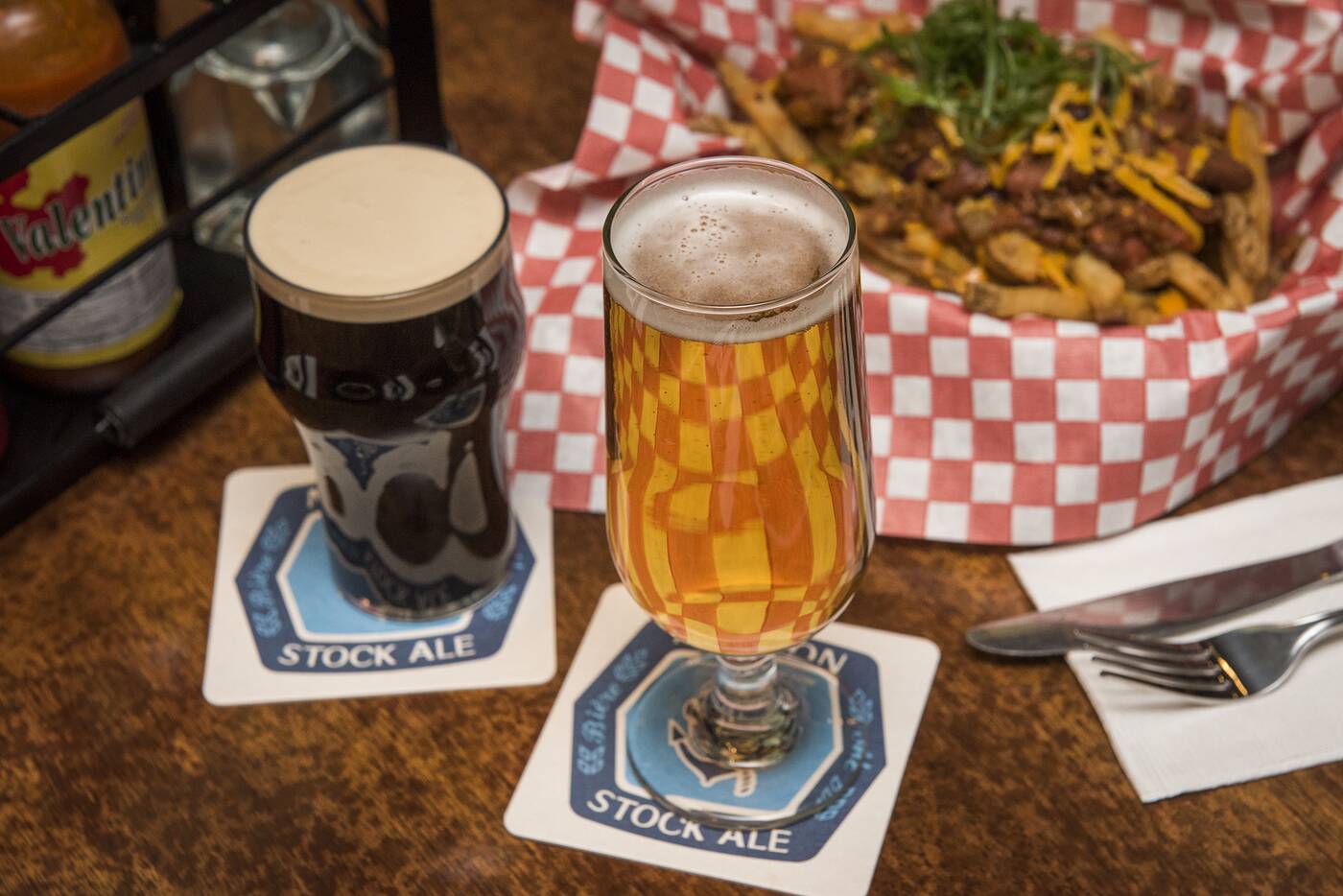 Though they have food, booze is really why people come to The Mezz. Their menu consists of cheap beverages with taxes pre-included in the price. Domestic bottled beers are $4.95 and imports $5.95; for a glass of Molson Stock Ale it's $6.75, and just $19 for a pitcher. 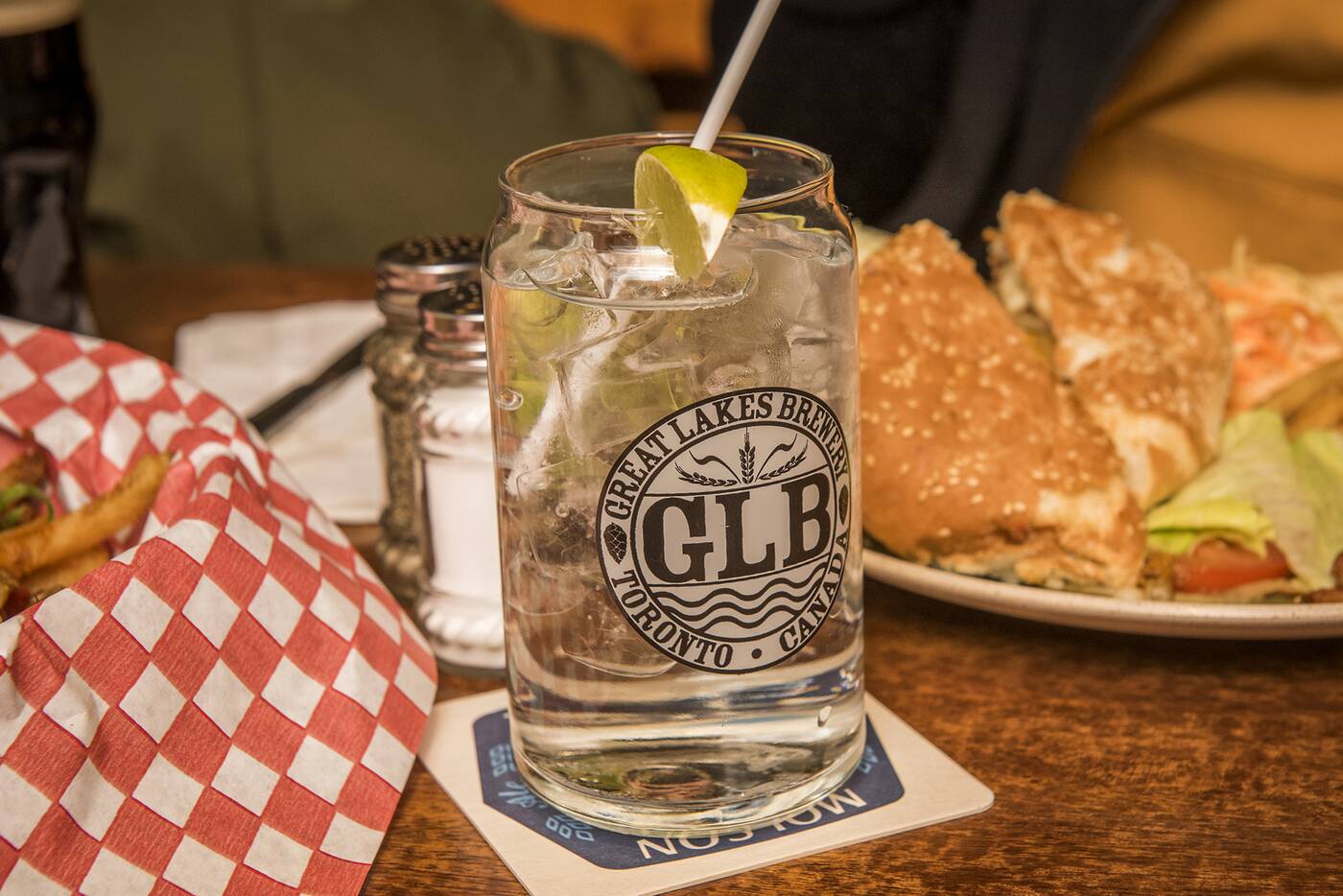 Bar rail drinks like gin and tonics are $6.75. If you feel like keeping it classy, they offer house reds and white wines, with selected bottles going for a steal at $27. 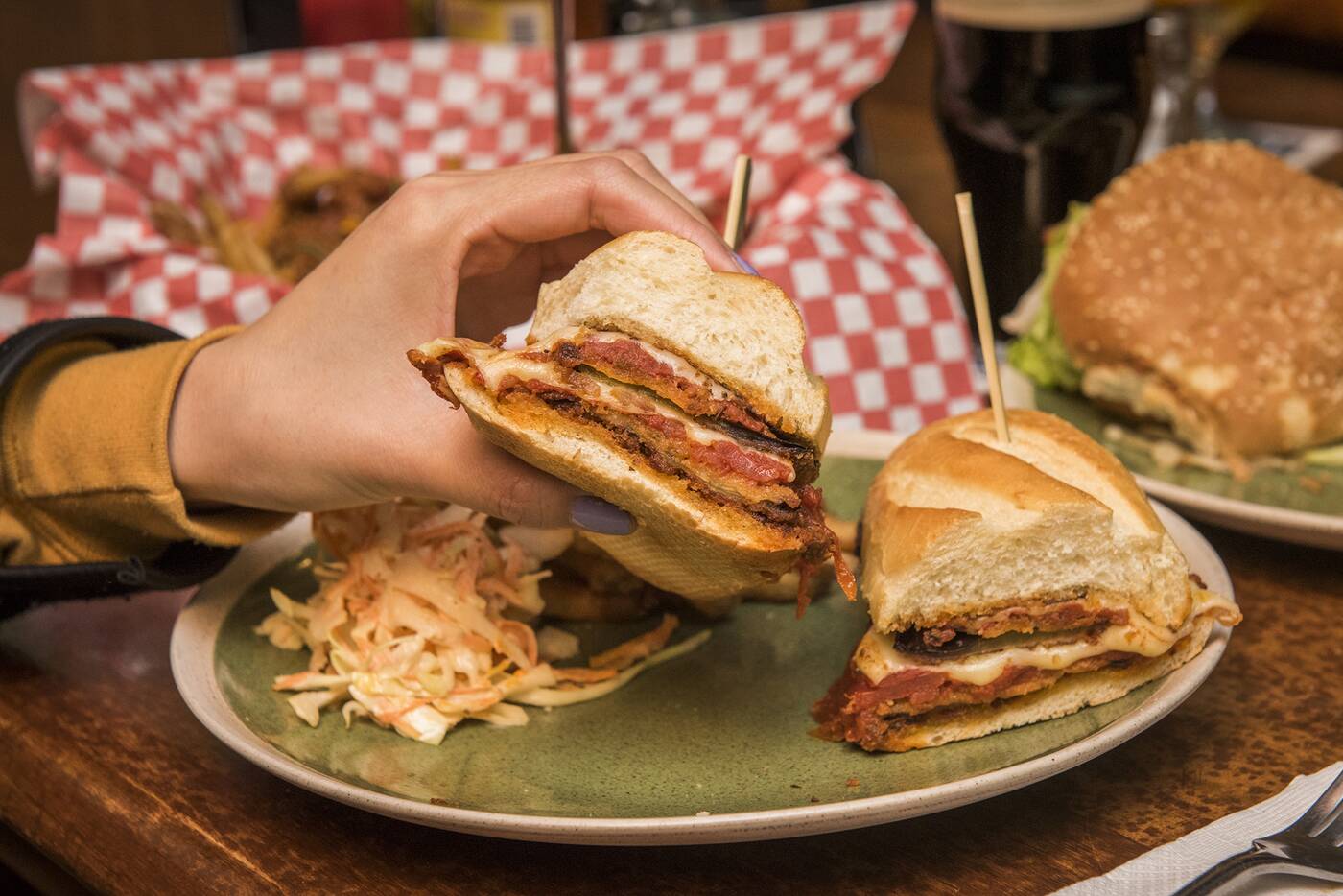 Accompanied with a pint of Guinness ($8.75), the eggplant parmesan sandwich ($14) is appropriately filling with mozzarella on a toasted roll and a layer of tomato sauce. You may need to give it some kick with the Mexican Valentina hot sauce on the table. 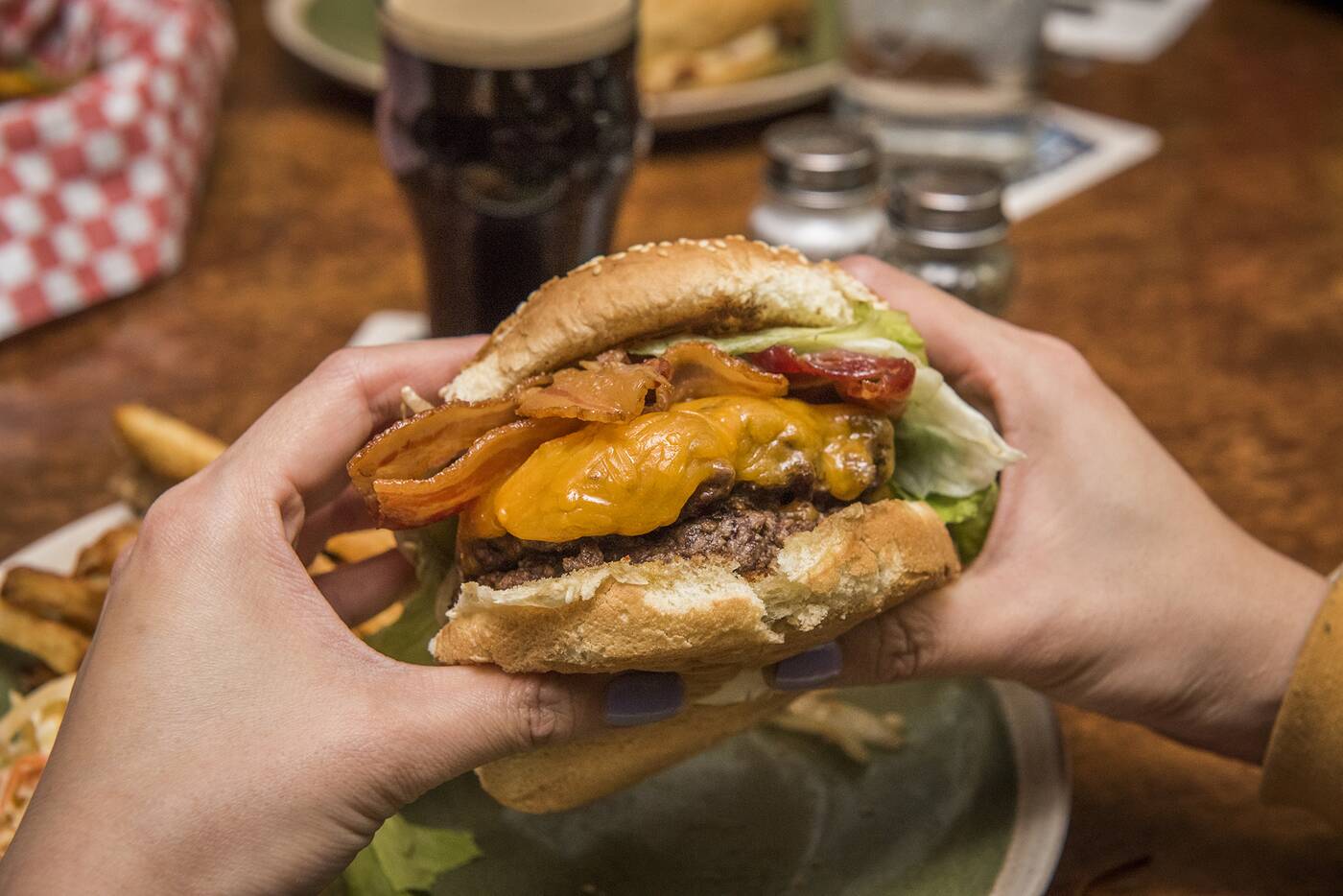 Mezz’s specialty meal the Guilty Milty ($16) is their biggest burger with two greasy patties. It comes with cheddar, bacon, and Russian dressing, with the option to add extra bacon ($2) or peameal ($3).

For vegetarians, there’s also the Garden Milty ($13) which comes with beet chili mayo. 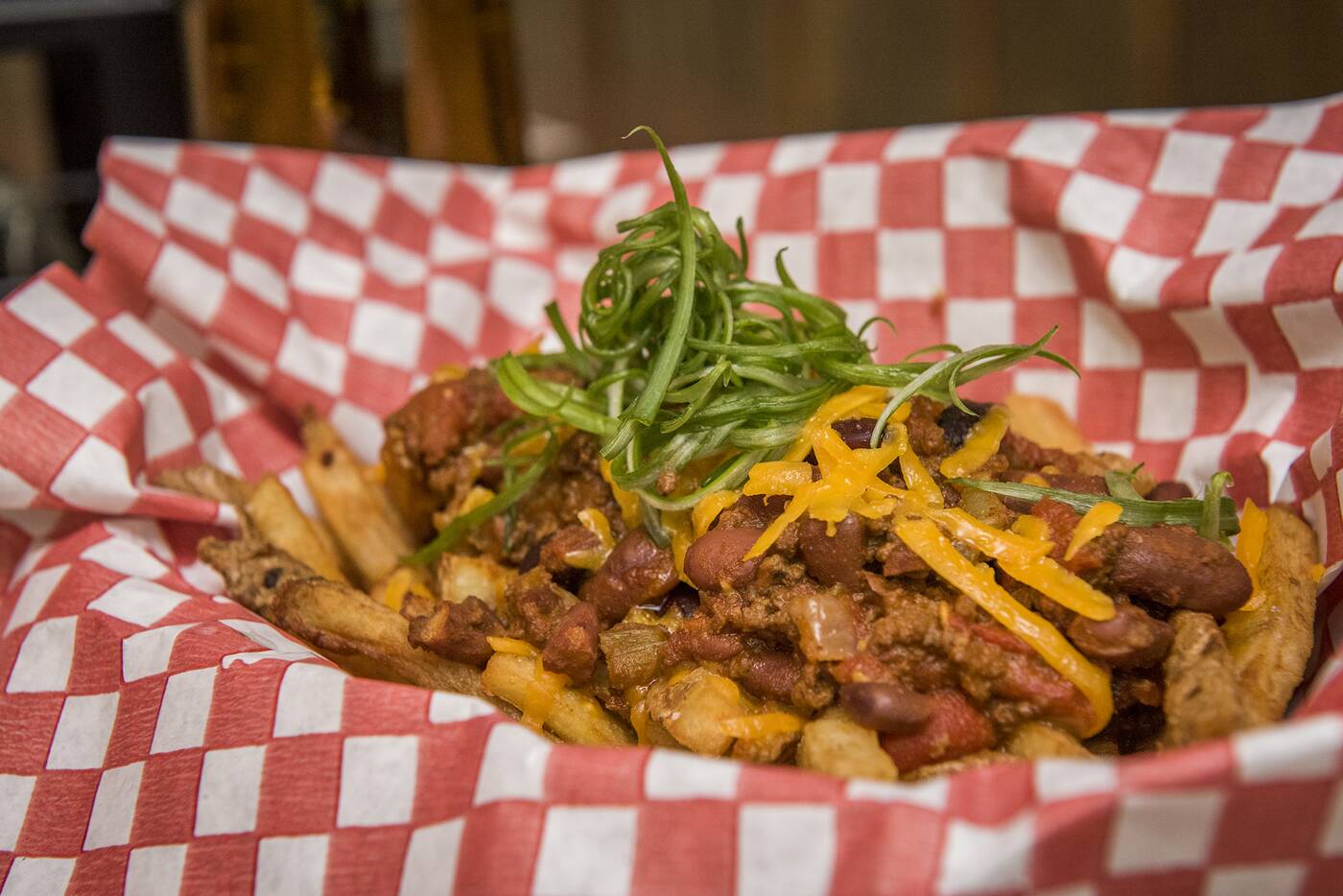 The chili cheese fries ($12) come with meat chili topped with sharp cheddar and some green onion, which you can also get with veggie chilli. Same goes for the nachos ($15) which come with grated cheddar, sour cream, and salsa. 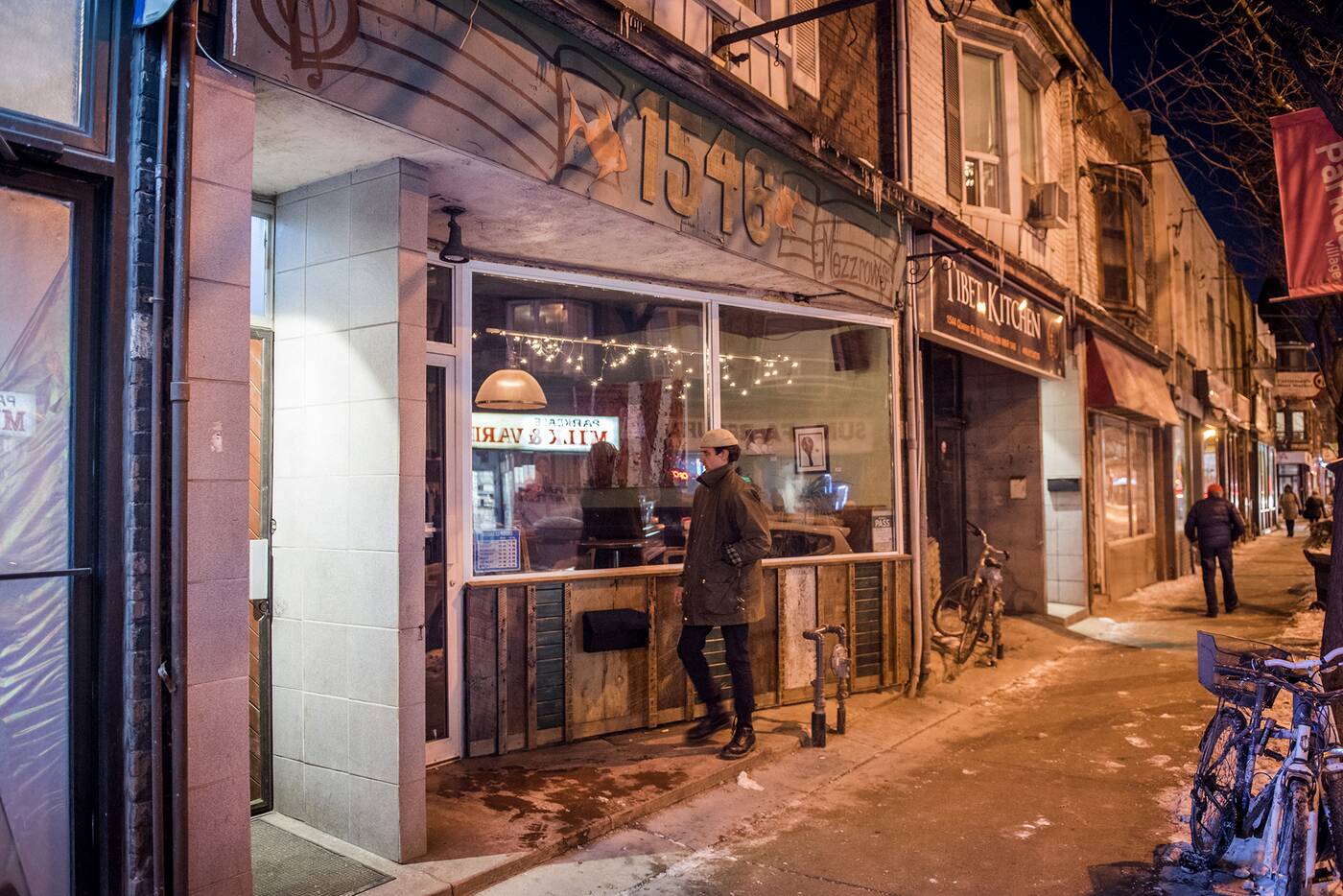