The Gabardine is located in the heart of the Financial District at Bay and Richmond. I came here for the first time on my own around three on a Thursday afternoon. I was expecting it to be pretty quiet but low and behold I found the place nearly full. I grabbed one of the few free tables and, despite being nearly at capacity, it felt calm and relaxing inside.

The atmosphere is decidedly laid back though the friendly servers, dressed in jeans and plaid shirts, are certainly more casual than the customers. The server's plaid shirts are a charming addition to the New England style decor and country feel. I was impressed at how all the details in the restaurant were well-thought out and accounted for including the grandma-style flowered plates, heavy-weight cutlery and stylish bathroom faucet. 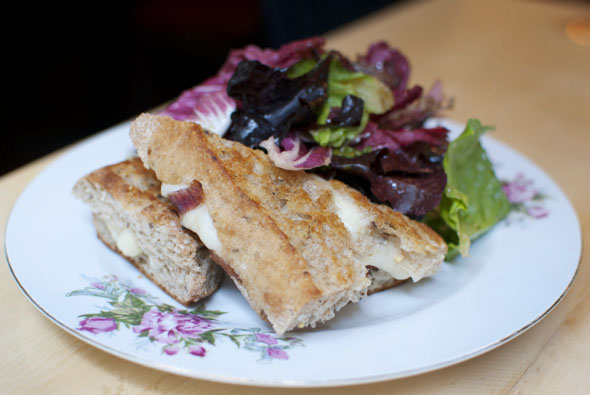 Always a sucker for a savoury-sweet combination, I decided to try the grilled cheese with sweet onion and tomato jam ($12) accompanied by greens in simple vinaigrette. The first thing I noticed when my plate came out was the heaping pile of beautiful dark green and purple lettuce leaves light but thoroughly coated in vinaigrette that made the leaves glisten. The dressing was definitely light and mild but was refreshing with the sandwich.

The grilled cheese came on a delicious crispy focaccia bread. The combination of sweet onion and tomato jam with the mozzarella cheese is certainly a winner though next time I would ask for a little less cheese and a little more jam. The cheese was plentiful, too much so for my liking, but I took some of the cheese that oozed out of the sandwich and mixed it in with bites of the salad which was a nice pairing. 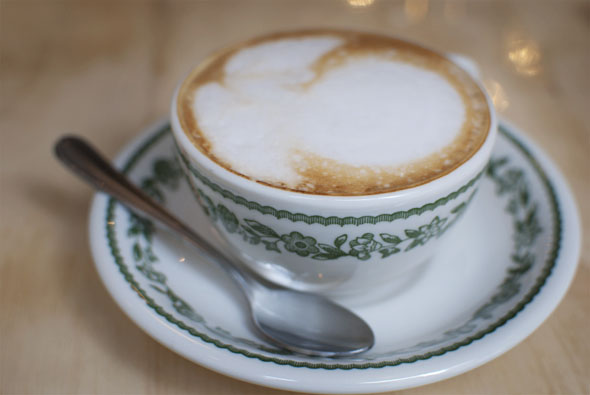 The Gabardine also doubles as a cafe serving coffee to go. Feeling sufficiently caffeinated, I decided to have a tea and was charmed by the delicate flowered tea-cup with a white owl tea pot. 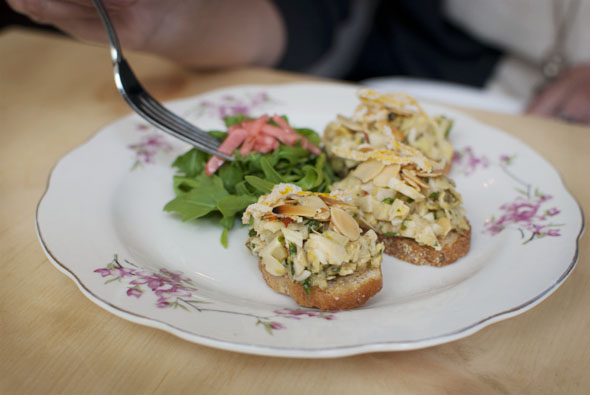 A couple days later I came back with a friend and the intention of trying out a salad, but after I saw a mac and cheese being served to the gentleman next to me, I decided I had to try it. His was topped with an impressive amount of smoked ham ($15) but I decided to keep things kosher and opted for the ham-less version ($13). My friend ordered the crostini ($5, toppings change daily) which came with candied orange peel and an arugula salad. 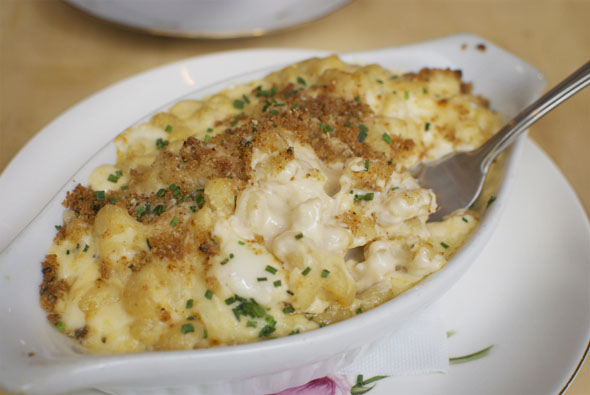 The mac and cheese was served in a lasagna style dish and was topped with a crunchy breadcrumb crust which kept the cheesy center piping hot even after I spent 10 minutes taking photos of it. When I finally dug in for first bite, I pulled my forked out high to admire the dripping stringy cheese attached. The pasta was thick and the cheese, again, more than plentiful. It was certainly rich and heavy. Even with my friend helping out, I couldn't finish the whole thing. 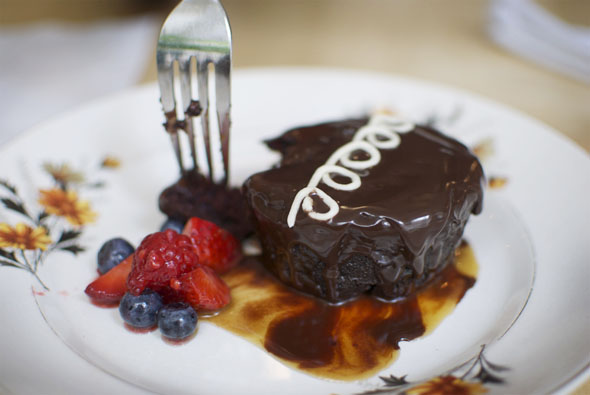 After my hefty main dish, my friend convinced me the chocolate cake with buttercream and ganache ($7) would be a good way to finish things off. We were both a little confused by the cake's resemblance to a hostess cupcake (which I agreed was a little odd), but it certainly was not a hostess cupcake.

The icing was sweet but smooth and the cake tender and filled with buttercream without being too rich. I also decided to try a latte (they serve coffees to go as well) and when I asked if they had soy available I was happy to hear they actually used almond milk. It was a decadent finish to an indulgent lunch. 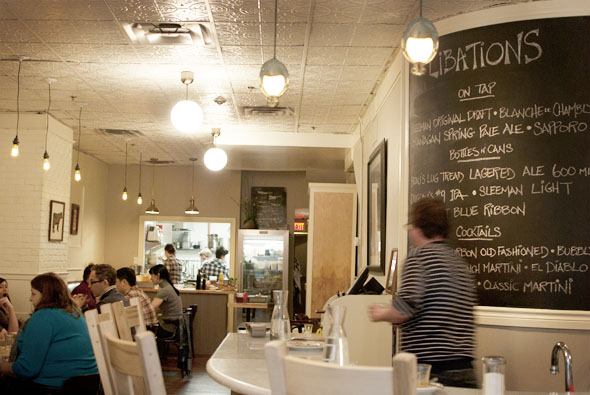 The blend of country comfort and executive dining has certainly found an ample amount of demand from suits and casual diners alike and is well worth a visit.

A number of vegetarian options are available. Vegan salad possible if you ask for it sans cheese. 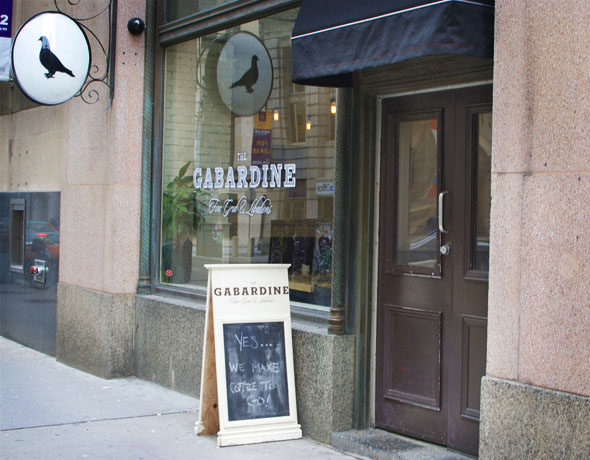 The Best Caesar Salad in Toronto