The Den occupies a massive space on College at Bathurst that in recent years has seen some particularly high turnover. Most recently the address was home to Ricky Ricardo's , before that Moskito Bar , The Rochester and Plaza Flamingo.

Now under ownership from the folks behind Nodo and The Crest , the restaurant underneath Nest nightclub finally looks like it could be something worthwhile. The 330-seat room is huge but is broken up well. 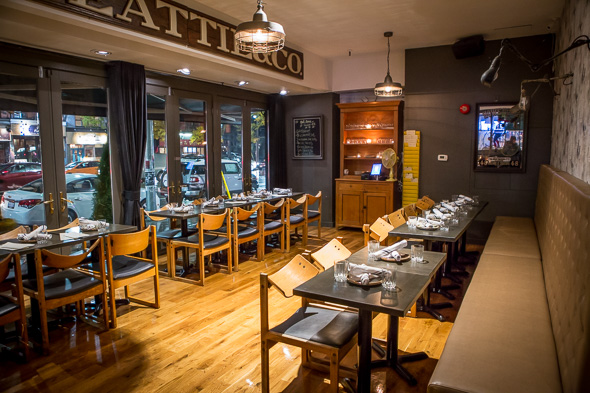 The bar is raised and pushed towards one wall, there's an intimate dining room up front, while the main room is configured with a stage, a curtained-off bottle service section, and space for tables. It's a good venue for events because staff are happy to rework the room to suit any purpose; they'll even tailor menus by request. 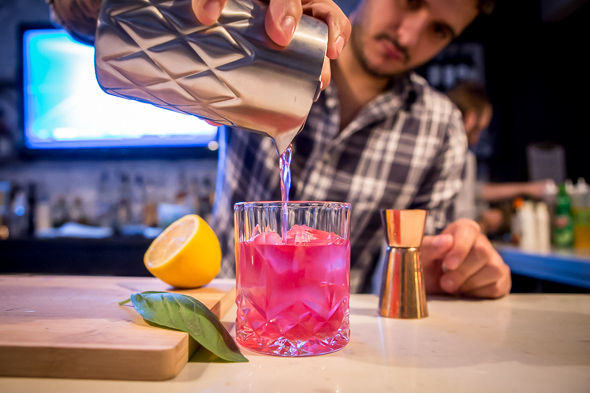 At the bar you'll find a dozen taps featuring mainly big beer ($6-$7), and seasonal cocktails like the Goosed ($10), a blend of bourbon, Amarao Montenegro and Aperol with house-made lemon and orange syrups. 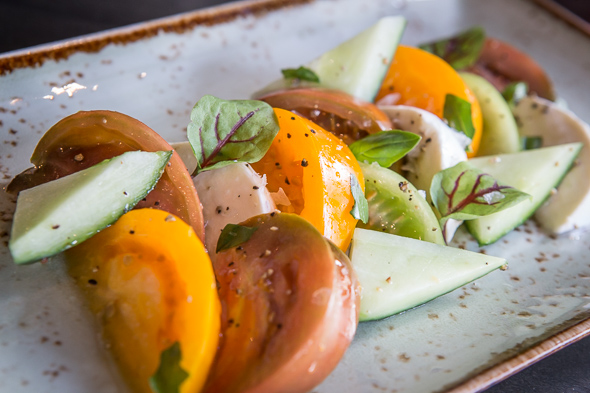 To eat, there's an eclectic menu from chef Chris Straker that deals in upscale bar foods featuring things like a caprese salad ($8) dressed in white balsamic. 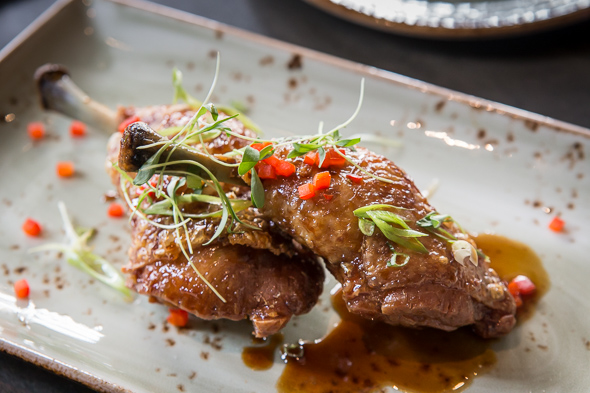 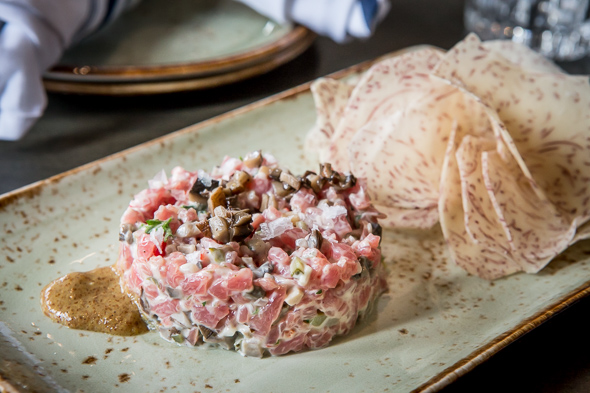 I'm a fan of The New American, a $10 tartare that incorporates all the classic accoutrements like capers, gerkins and shallots plus the addition of smoked mushrooms which brings with it an earthy element. Taro root chips on the side are a nice alternative to crostini too. 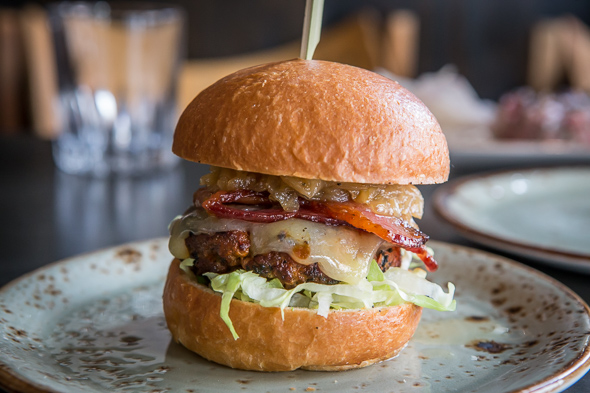 The spicy nduja burger ($8) featuring a sausage patty on a brioche brun is loaded with smoked bacon, caramelized onions and aged cheddar. 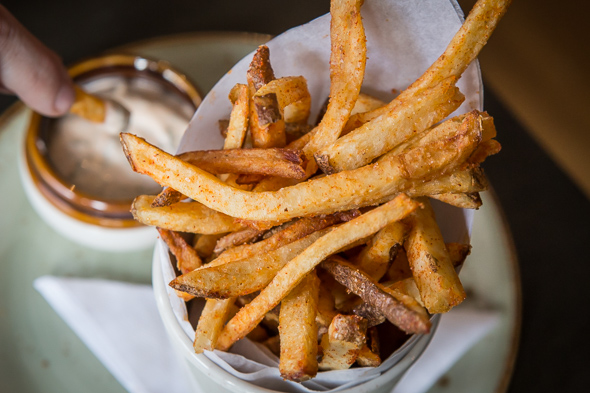 I recommend a side of Sriracha fries ($5) too, they're thin and crispy seasoned with a spice mix inspired by Lay's BBQ chips and served with a creamy Sriracha-spiked ranch dip.

There's also a satisfying slow braised veal cheek sandwich dubbed the Young Cheeky ($10), this one on the same bun as the burger. The tender meat tossed in a Casis and veal reduction and dressed with gorgonzola and arugula. 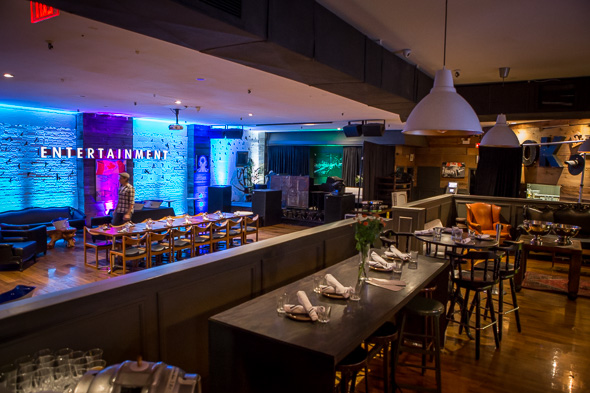 You'll find The Den open towards the end of the week for dinner until midnight, followed by an abbreviated (eight item) late-night menu on offer until last call. Brunch accompanied by live entertainment is offered every other Sunday. 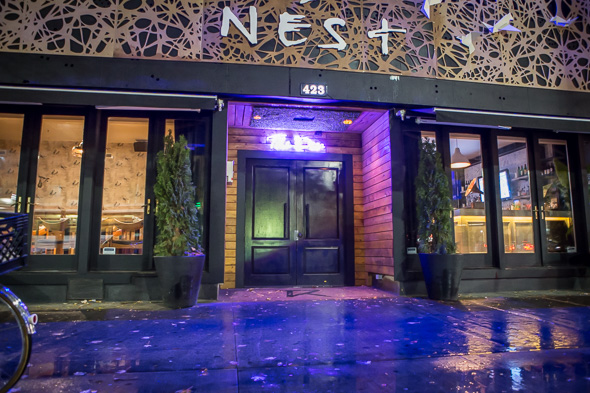