Tatami Sushi is the newest restaurant to roll the dice in one of downtown Toronto's busiest intersections, occupying the slice of Yonge St. and Gould that previously housed such short-lived establishments as Strata Shoes and Frankz Gourmet Hot Dogs.

Catering to the Ryerson University crowd as well as shoppers from nearby Yonge and Dundas, the restaurant can seat 80 people and gets the most traffic in the evenings when the nearby shops are bustling.

Tatami Sushi's interiors are bright yet muted with frosted glass and stainless steel fixtures. It also has cheerful violet ceilings and gray walls that have odd " Engrish " phrases scribbled on them. Kitschy plastic deer as well as nostalgic pop-art murals of Asian faces hang on the walls, reminding us that this isn't a traditional sushi place. 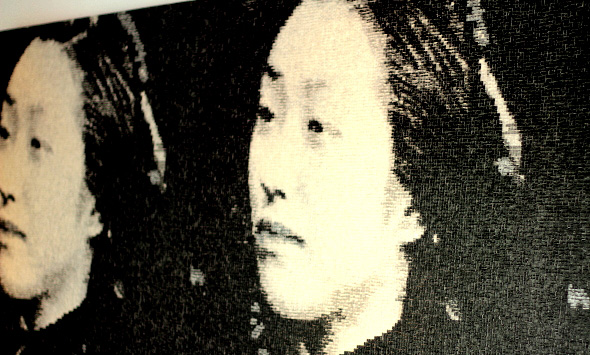 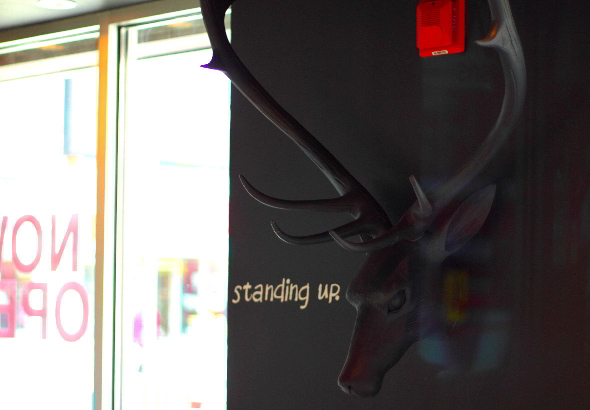 For their menu, Tatami Sushi only offers a four page, itemized price list with no pictures. This means you really have no idea of what your order will look like or how much you are getting, until it arrives. This could be a treat if you like surprises, but we'd much prefer to know what we're getting into.

The menu offers the usual sushi and sashimi set dishes of all-in-one bento boxes that combine grilled fish, chicken or beef with an assortment of dumplings, sautĂŠed vegetables, fried tempura shrimp and salad. Most dishes are priced well under $10.00 with the most expensive items on the menu going for $13.00. 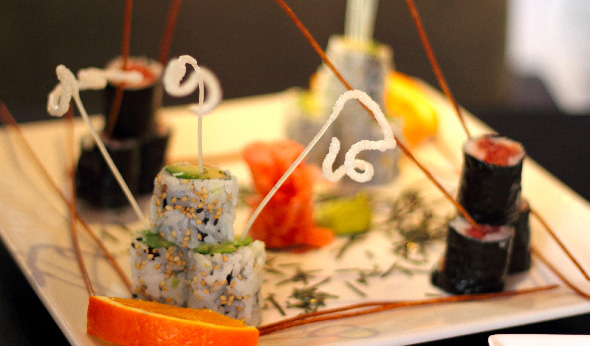 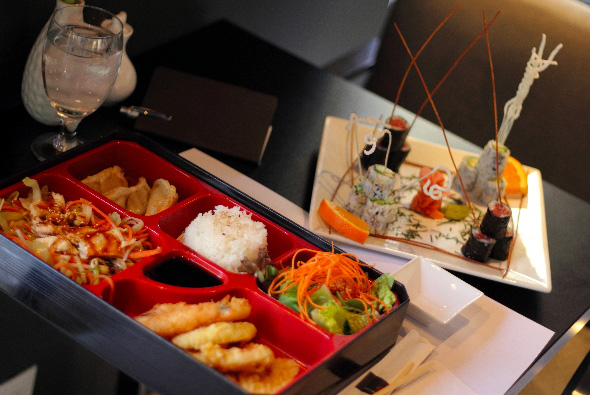 Arriving just after the lunchtime rush, we opted for the Daily Bento ($9.50), which includes Shrimp and Vegetable Tempura, Chicken Teriyaki with mixed vegetables, three pieces of Gyoza dumplings with the requisite rice and salad. Surprisingly, there's no Miso soup included with the Bento box but you can order it for an extra $2.50. Our food arrived after 12 minutes and staff was generally attentive making sure our drinks were replenished.

Tatami Sushi's tempura was puny in size but very tasty and lightly battered. The scrawny portions left us wondering if we had ordered from the children's menu.

The Chicken Teriyaki was served on a large bed of shiny, greasy vegetables. The chicken was nicely grilled and was flavorful with the right amount of sweetness but the small portions left us wanting more while the soppy vegetables were rather unappetizing.

The three Gyoza dumplings were lightly fried in flour, which gave them an added texture and crispness. They were also the tastiest part of our meal, and the one item we would likely come back for. 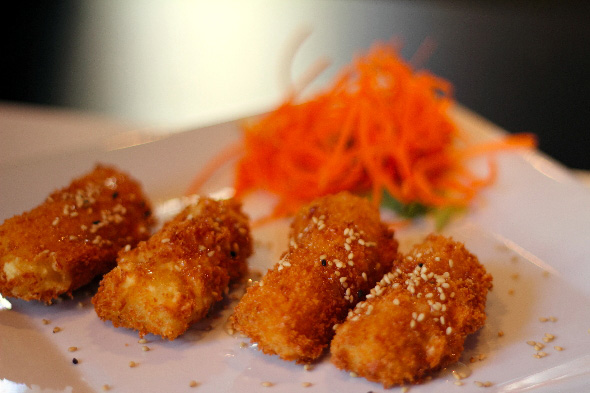 We also had the Kamika Sushi ($8.50) a delectably presented plate of stacked tuna, salmon, avocado and sushi with sesame seeds dusted with seaweed and adorned with wasabi, ginger and sculpted noodles.

The chefs go the extra mile to make sushi plates look spectacular but some disassembly is required since those pretty noodle structures are not really edible. We liked that they didn't pad sushi with too much rice or put insane amounts of wasabi inside the rolls so you can appreciate the delicate fish and avocado flavours.

For dessert, the Tempura-style Fried Banana ($3.00) proved to be a suitable palate pleaser and delivered the right balance of sweet and crunchy to finish the meal.

Tatami Sushi is very new and still has a ways to go to capture the hearts of Toronto's more discriminating sushi aficionados who are used to good-sized servings, consistently tasty fare and exceptional value for money (especially for lunch specials).

It may thrive because of its central location but it will need to step up its game, expand its menu and focus on offering great value over amazing presentation.