Tan Da Ban is hidden among other restaurant storefronts in the food court of the Shops on Yonge shopping plaza, offering up juicy pan-fried buns like no other to those intrepid enough to discover it. 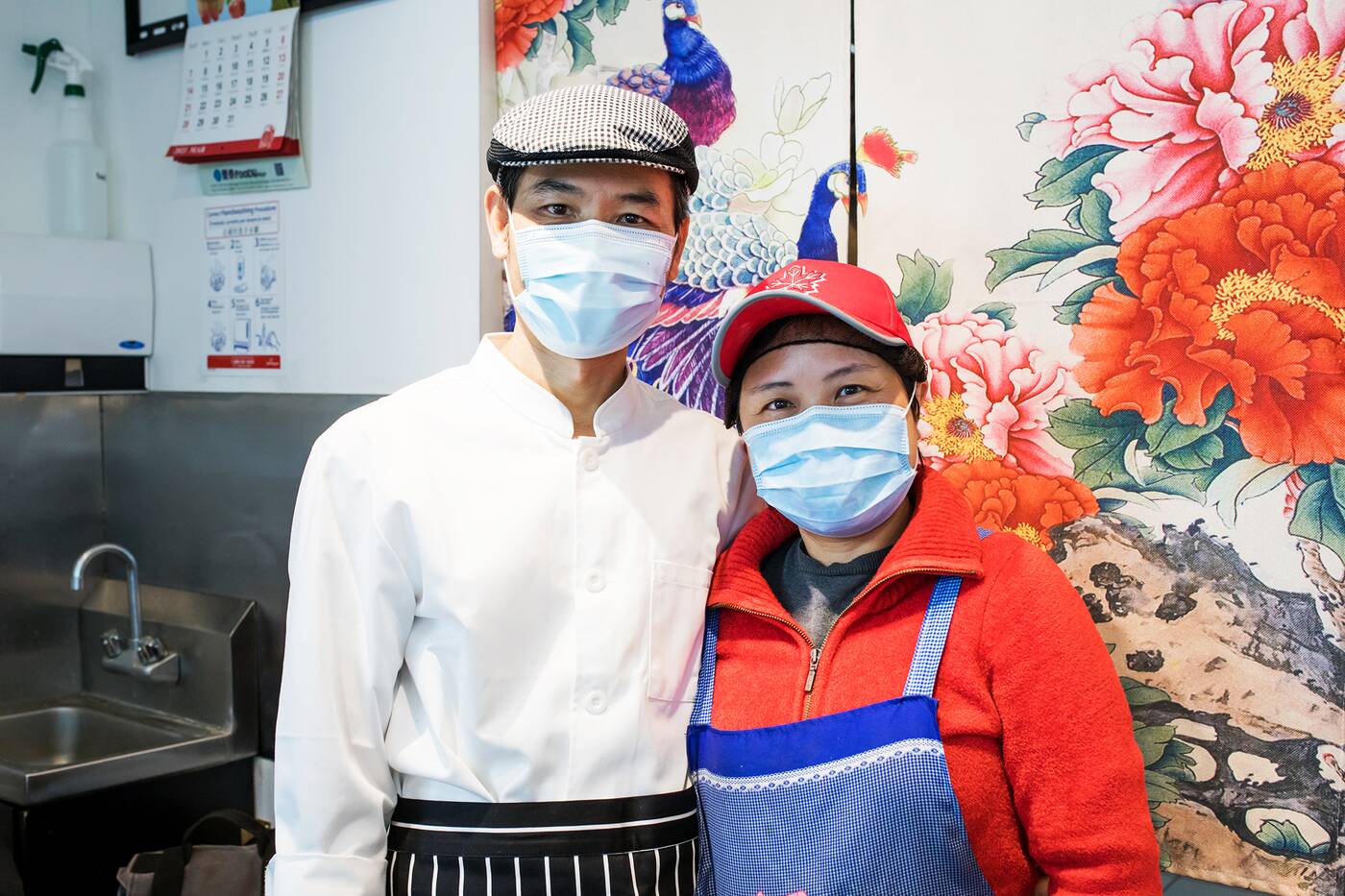 Owners Tony and Linda Tan's first foray into the food industry was a family-style Chinese restaurant in New Brunswick before they moved to Toronto in 2015.

At Tan Da Ban, they focus their efforts on creating the perfect buns with a thin outer layer of dough and a crispy bottom. 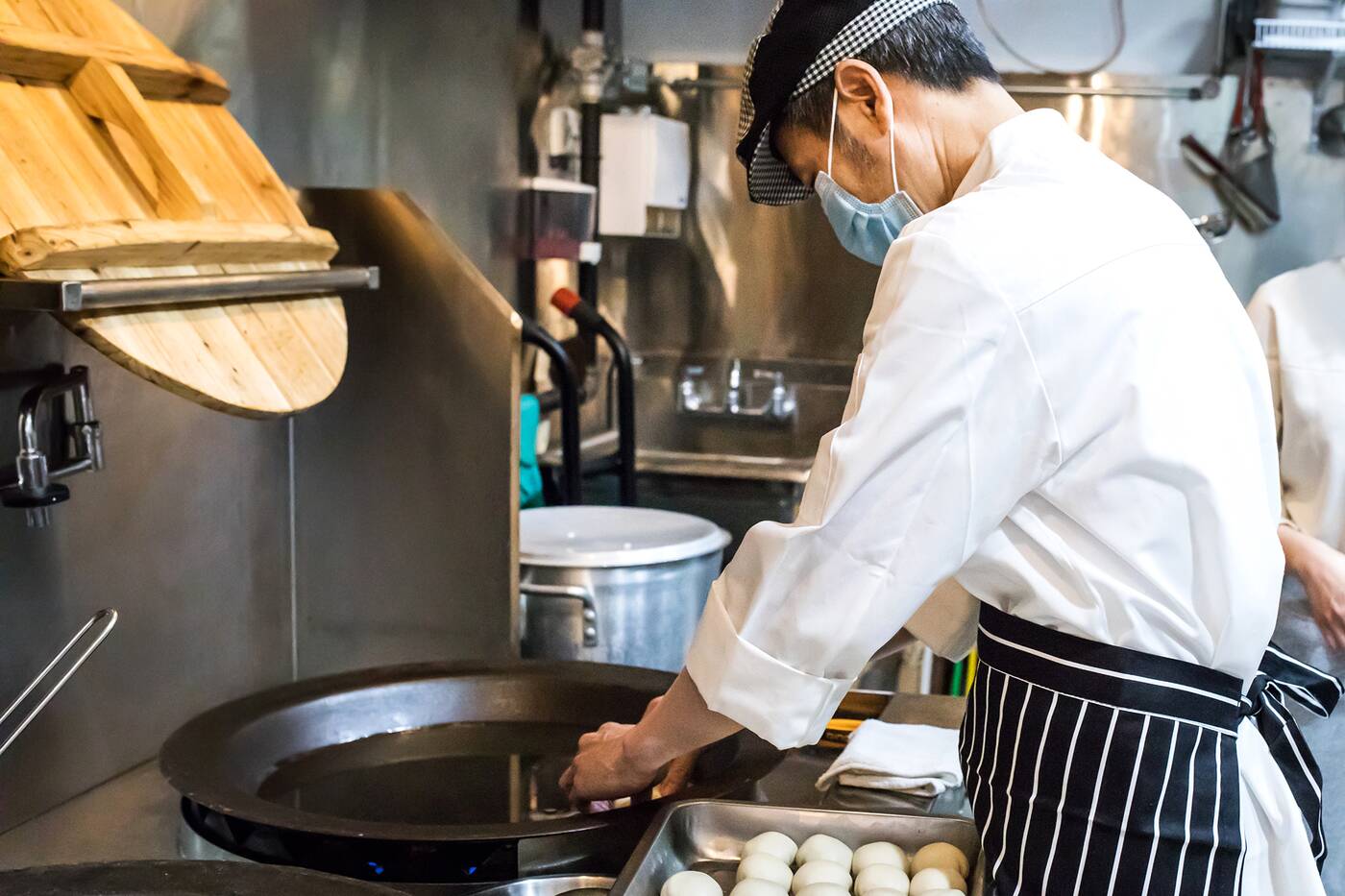 Pan-fried directly instead of steaming, they're a Shanghai signature dish. Tony learned the recipe while apprenticing with chefs  1,500 kilometres northeast of their hometown of Gaungzhou.

They do a few simple things in the kitchen to ensure the highest quality possible. 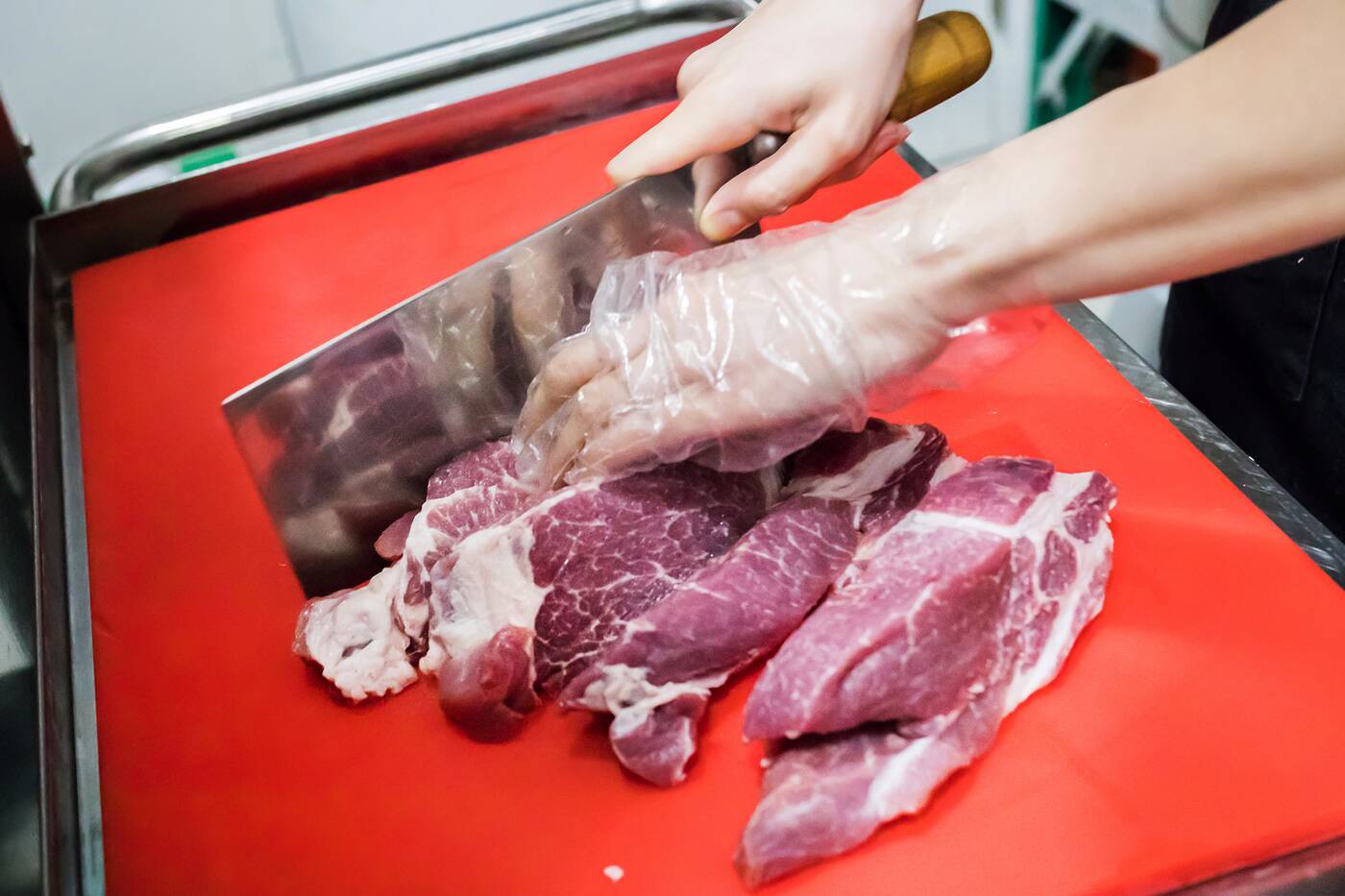 Rather than buying meat already ground, the pork and chicken are purchased fresh and then ground in the back after they trim it themselves to get rid of any excess bone, fat or cartilage. 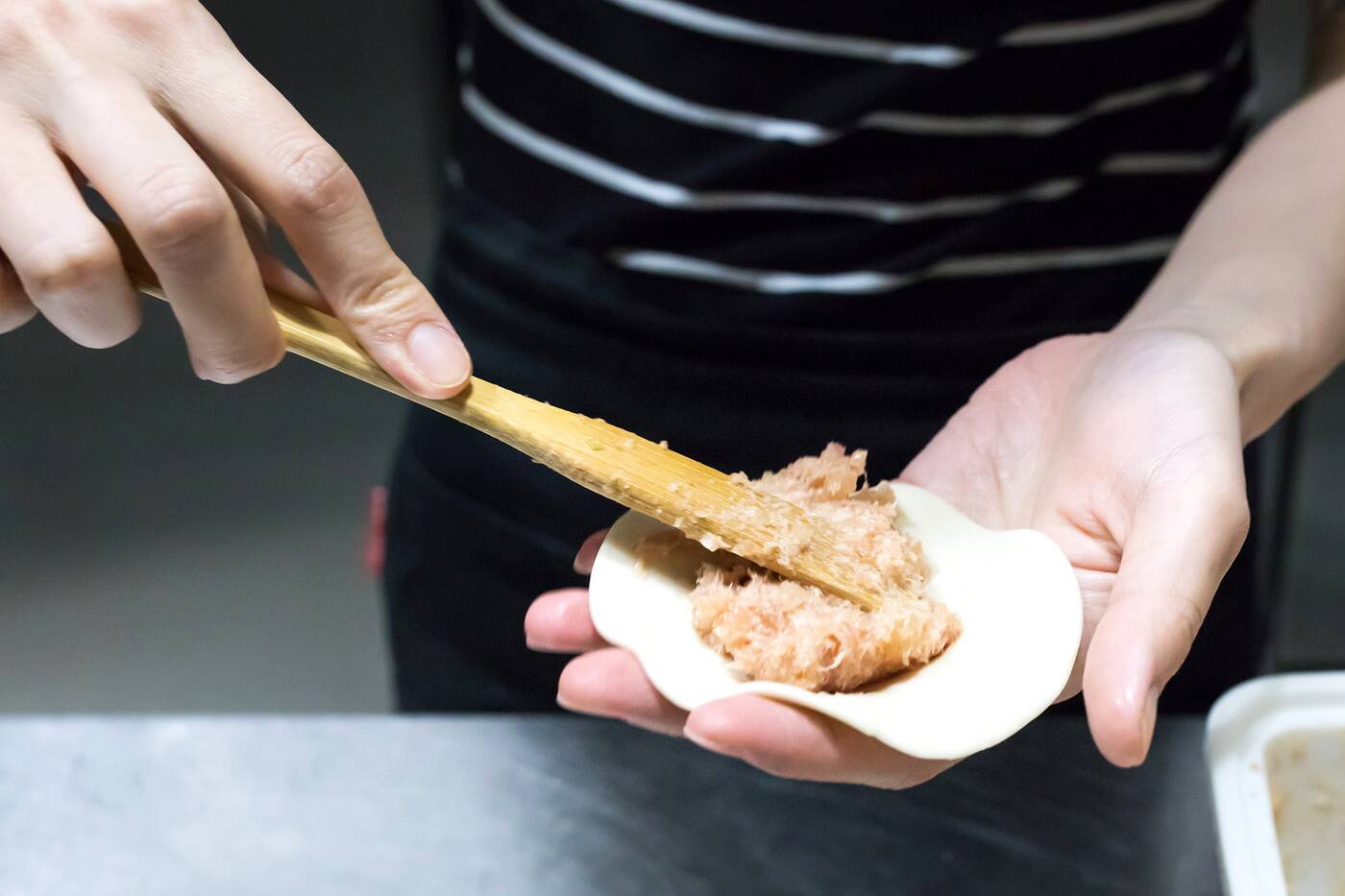 The homemade dough is rolled, flattened and filled throughout the day, with the full buns never being left to sit overnight. 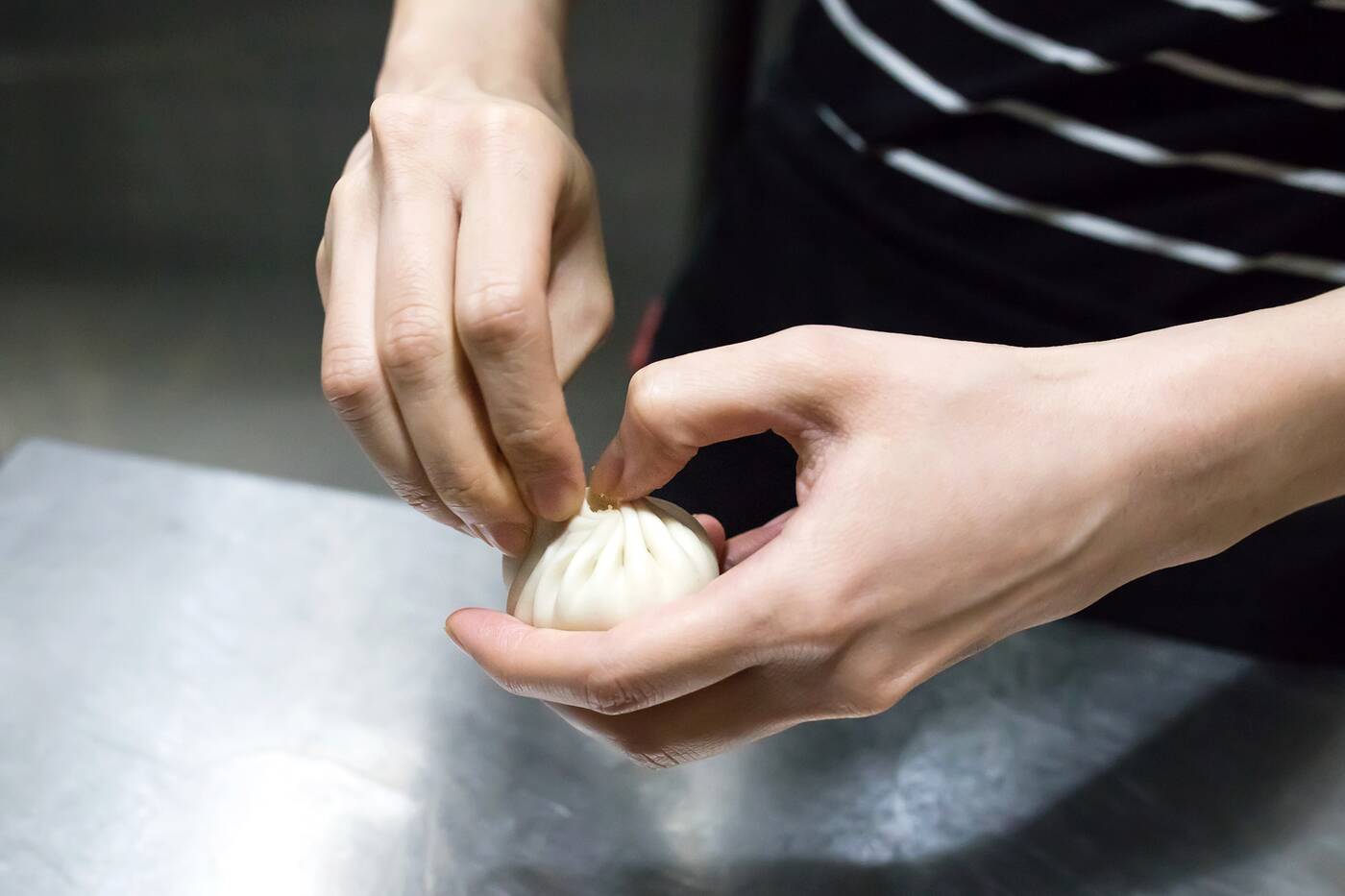 Depending on the week, they also feature chicken, chicken and shrimp, beef, chives, egg and shrimp, and mushroom and veggies. 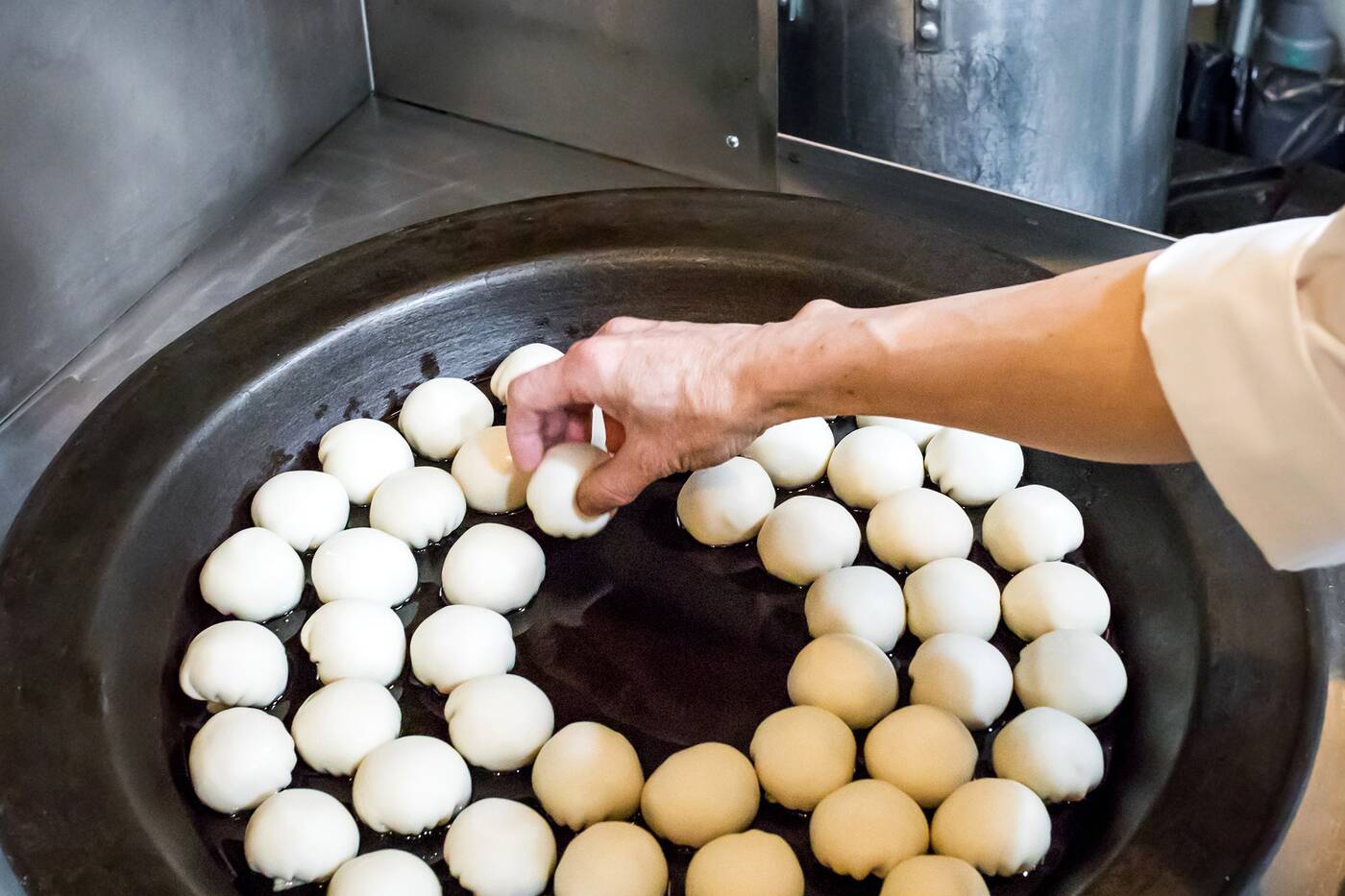 And instead of the more common local method of pan-frying with a skillet, the buns are prepared in a steel wok imported directly from China. 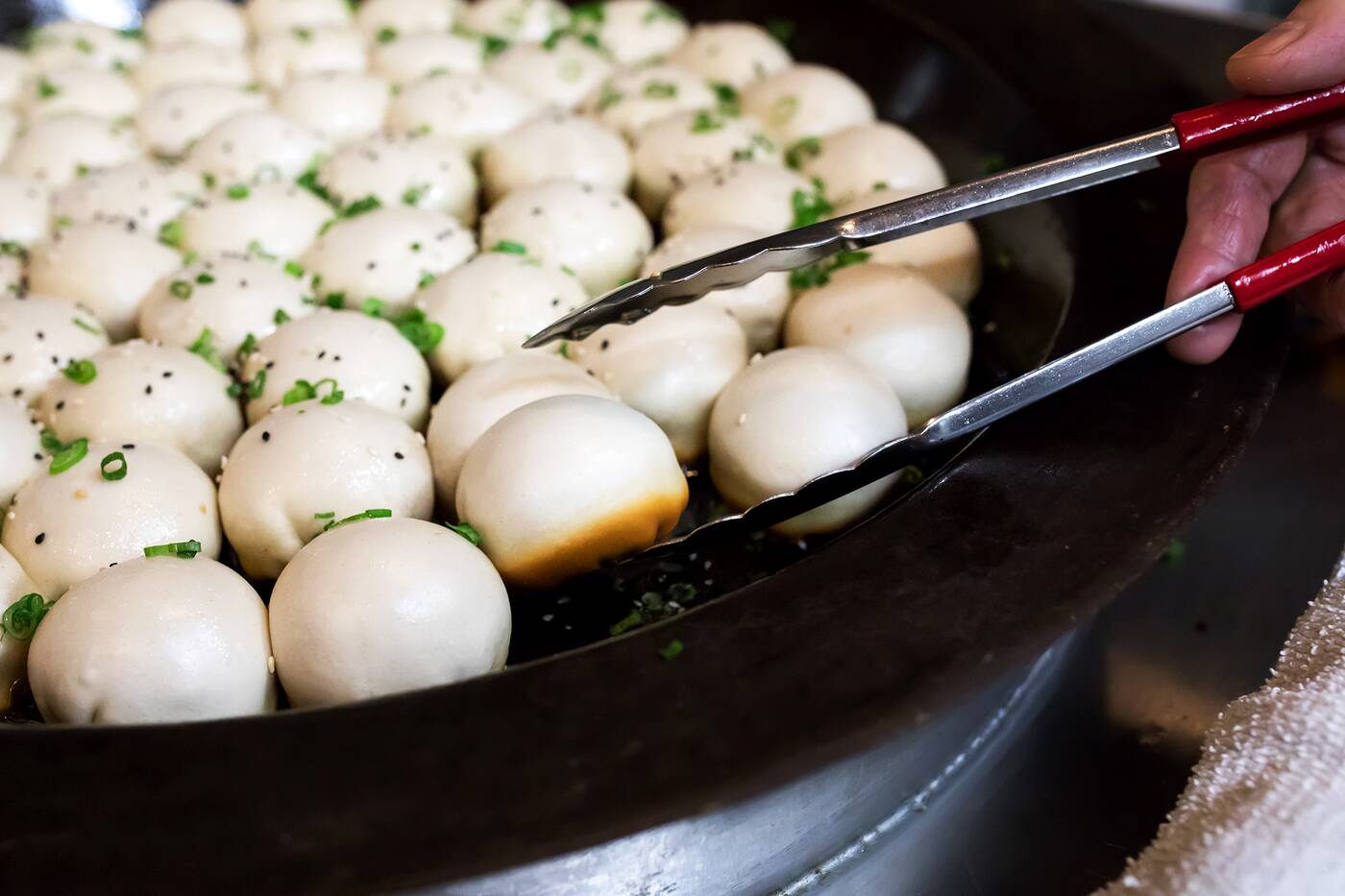 Tony lines the wok with the buns twisted side down before covering it with a wooden lid. They stay in the same spot for the next 15 minutes, with the lid only lifted near the end to add a splash of water to add a last blast of steam. 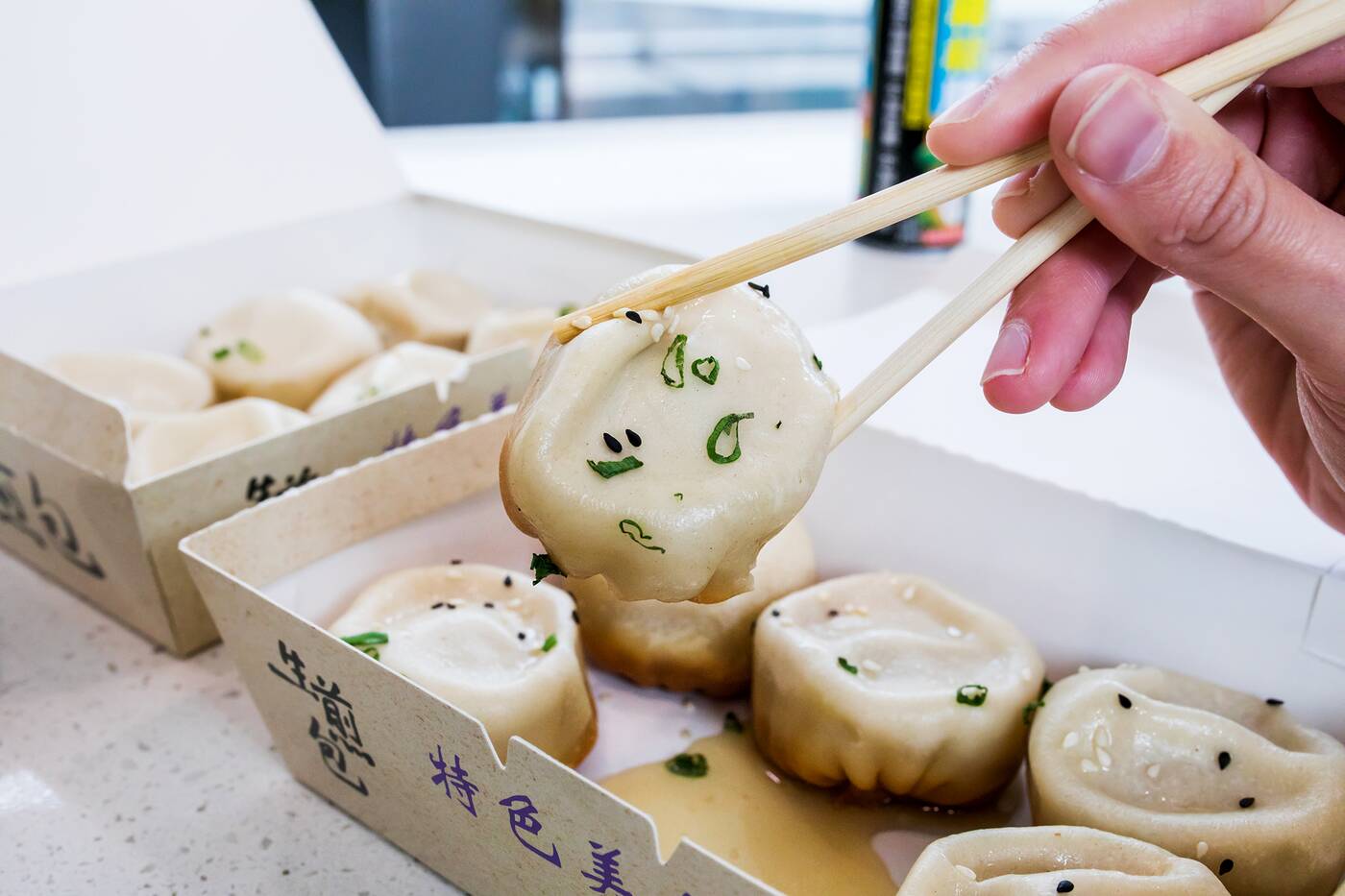 With each order made fresh, it's recommended to call and order 20 minutes ahead. Customers don't seem to mind waiting as it ensures the buns will be served piping hot and fresh off the wok.

Sprinkled in black and white sesame seeds, topped with green onion to bring out the flavour and featuring a crisp, pleated bottom, they're almost too pretty to eat. 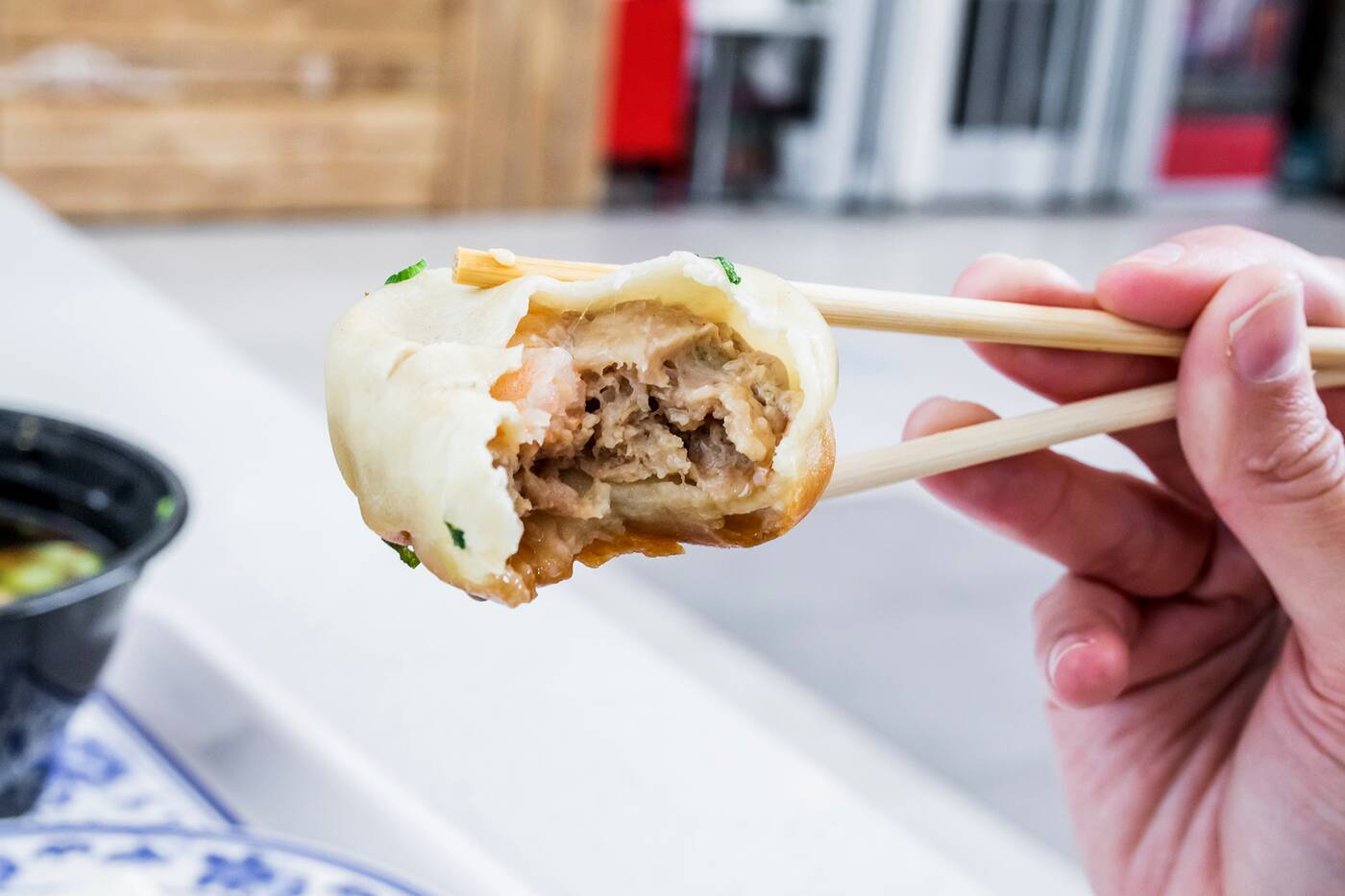 Once you take a bite of the soup-filled delicacy, they'll explode in your mouth. The soup is made from pork skin and cooks for about five hours before being added to the meat. The brief time in the wok is just enough to liquefy the insides. 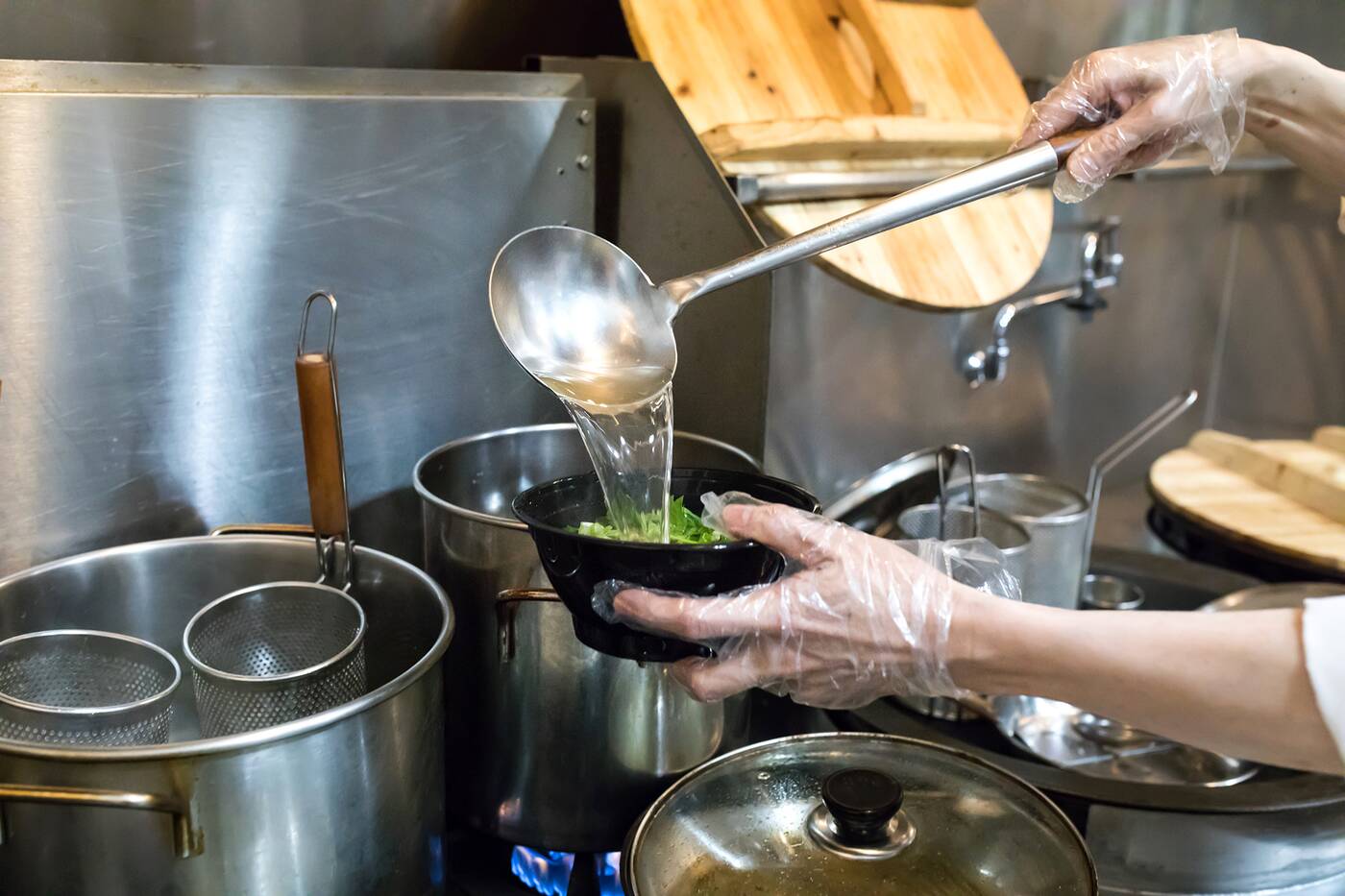 They also do a wonton soup with pork-filled wontons, bok choy, green onion and cilantro floating in a homemade chicken broth. 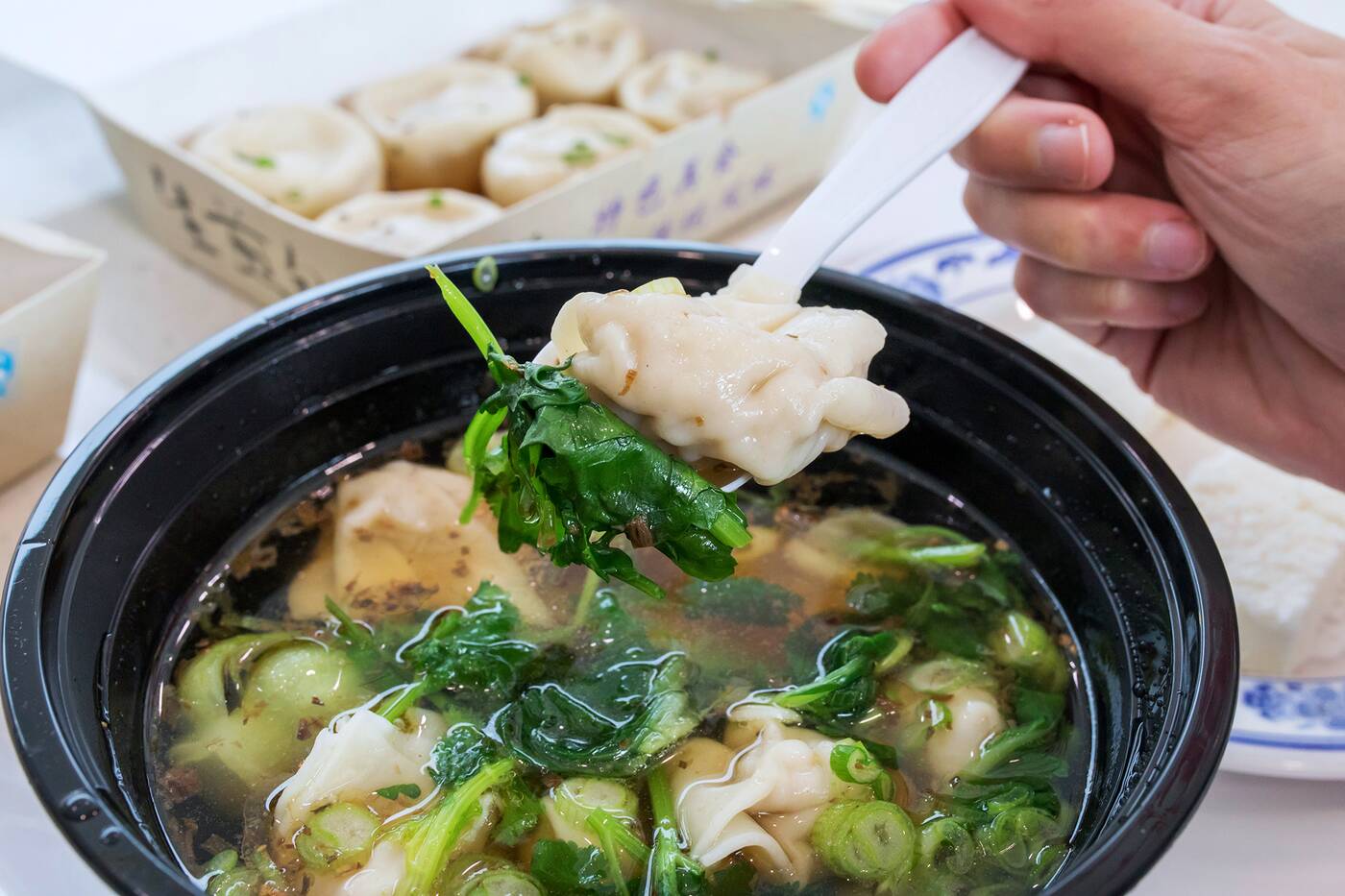 Although the soup is plenty flavourful and hearty to stand on its own – with about eight nicely-sized wontons – the combo is recommended since you really can't leave here without trying the signature buns. 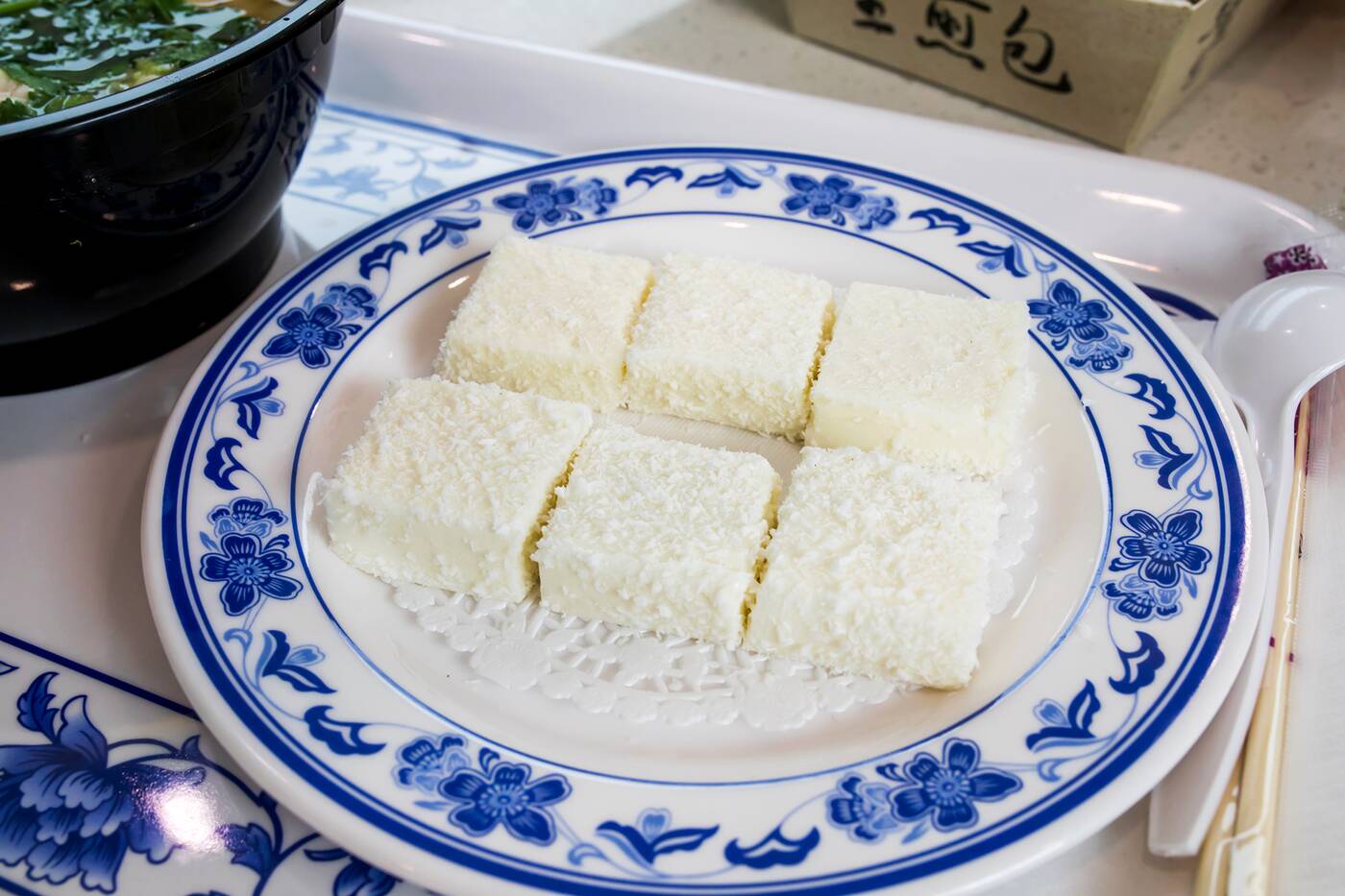 For dessert, milk bricks ($4.49) are made from an incredibly simple recipe of milk, cream, sugar and cornstarch. The cubes, rolled in coconut, have a jelly-like texture and a light and easy-to-like milky taste.

Tan Da Ban is one of the best-kept secrets when it comes to Shanghai pan-fried buns in the city. Just remember, good food takes time so make sure to call ahead. 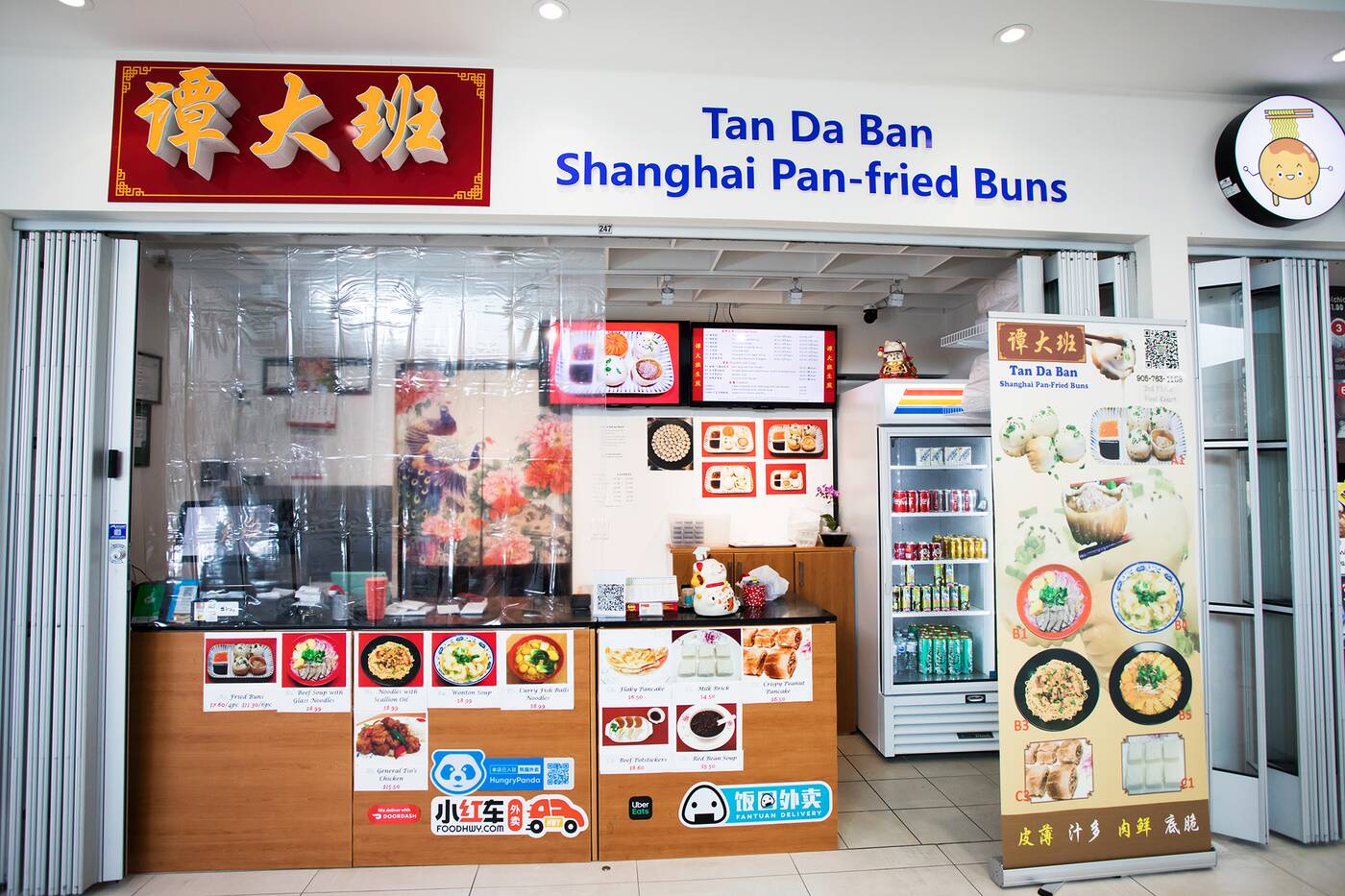