Tabule has finally opened the doors to the long awaited, second location on Queen East. The Middle Eastern eatery is a welcome addition to the sea of shopworn falafel takeaway counters that populate the downtown (I happen to think the suburbs generally outshines the city when it comes to Middle Eastern cuisine). 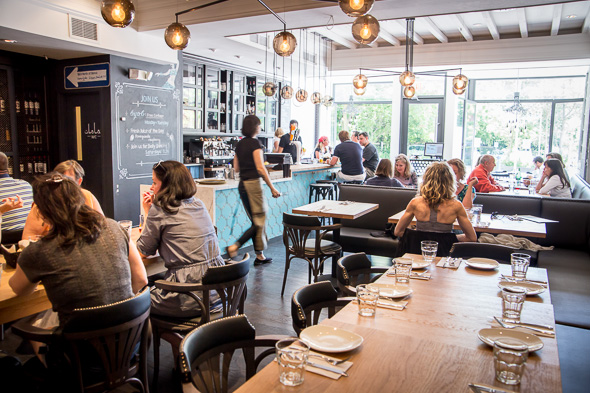 Being a fan of the original Tabule, I knew the food would be right up my alley but what I wasn't expecting was how stunning the new dining room would be. Owners Diana Sederis and husband, Rony Goraichy made a wise move in commissioning Commute Home who have made the new room sparkle with so much gilding. 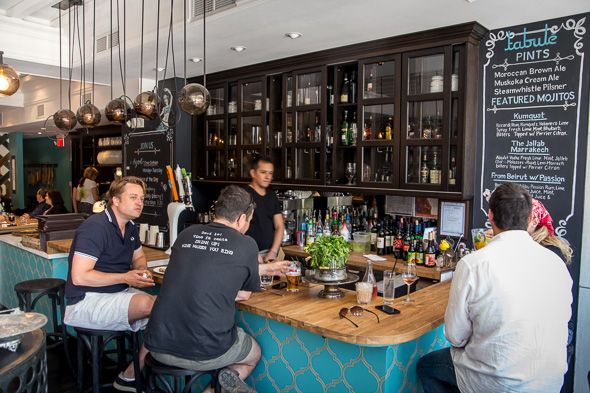 Rich with textures, every surface is seemingly covered in traditional geometric patterns, hand-painted Arabic details or swaths of black and turquoise. I stopped by in the afternoon and found the vibrant space half full of casual late lunchers though the setting seemed equally appropriate for after-dark cocktails. 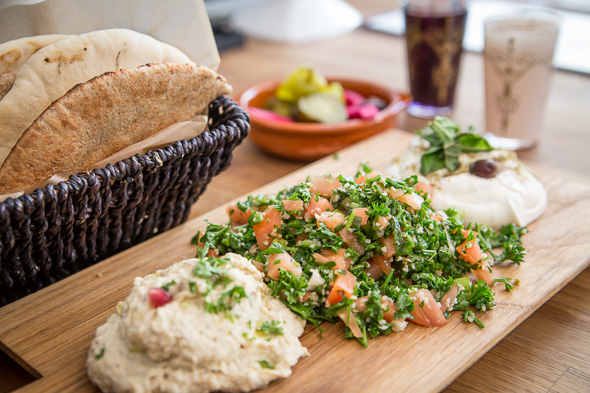 Much of the menu is the same as the original location listing cold and hot mezze plus veggie, meat and seafood options from the grill. The sample platter ($14) for the table offers a choice of three select cold plates like Labni, Babaganüj and hand-chopped Tabülè. 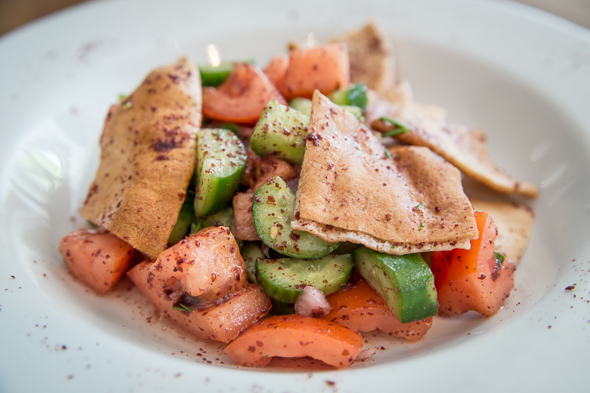 The Fattüsh Salad ($9.95) is simple but expectedly delicious and exceedingly fresh. Tossed in lemon, olive oil and a dusting of sumac, it's composed of roughly chopped tomatoes, cucumber, toasted pita and fresh herbs. 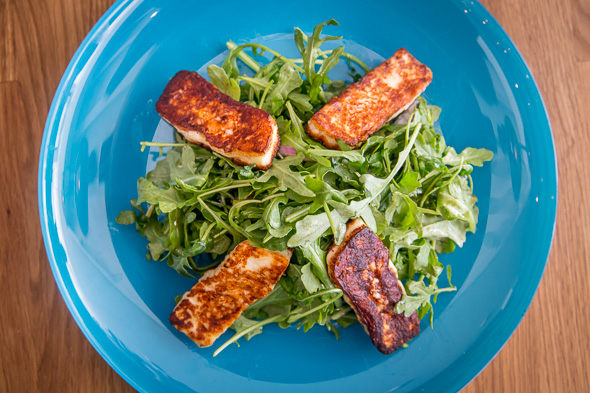 My table also shares the Hallüm Salad ($9.95) prepared with minimal fuss to showcases slabs of fried squeeky cheese laid over citrusy pomegrante dressed arugla. I could eat both of these salads all summer long. 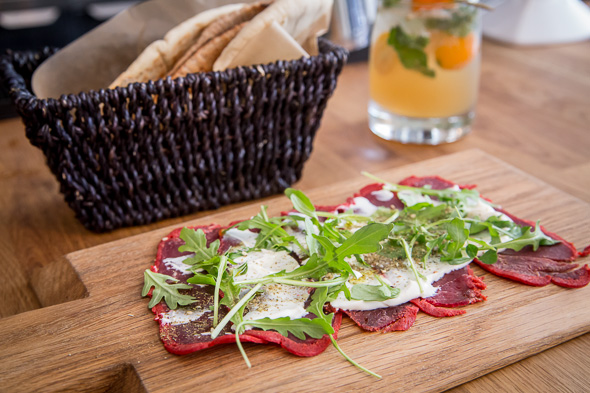 Basturma with Labni ($12) is a new addition to the menu that is described as the Lebanese answer to carpaccio though the cured meat is so dry and salty it's really more like charcutes — a beef prosciutto even? It's topped with tart creamy labni and sprinkled with za'atar making a fine addition to the spread of mixed pickles and pita happening on the table.

From the grill, we try the Kefta Banadura ($18.95, lead photo), with minced ground lamb and beef pulled from the skewer and served in a deep dish of tomato garlic stew topped with onions. It comes with rice and grilled vegetables on the side. 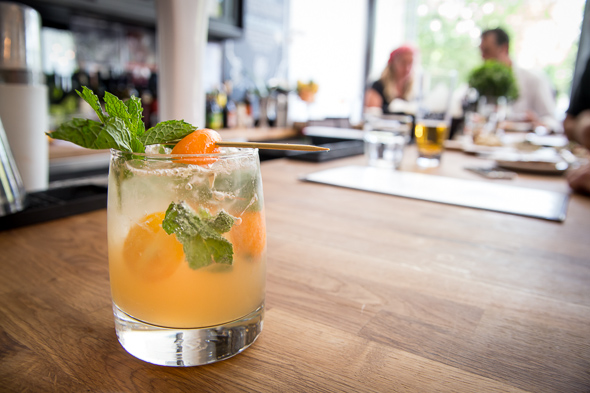 The new cocktail list, crafted by mixologist Nishan Nepulangoda (of Blowfish) includes a selection of mojitos with a Middle Eastern skew. At first sip, I'm an instant fan of the Kumquat ($9), muddled with mint and mixed with rhubarb bitters, habanero lime syrup and kumquats. On tap there is Moroccan Brown Ale along with a couple Canadian selects. 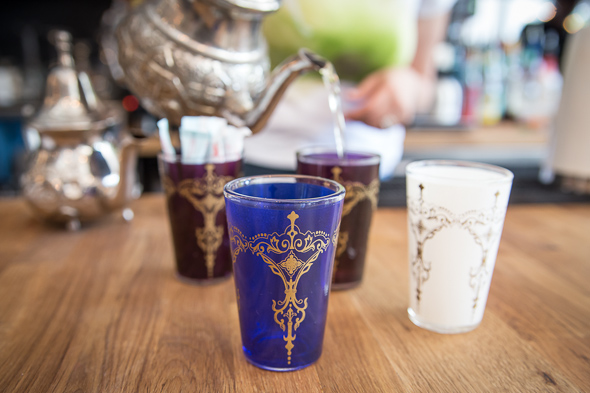 Tabule is open daily for lunch and dinner from 11 am, on Saturday nights there is a belly dancer who weaves between tables. Eventually, they'll add sandwiches to the daytime menu like at the uptown location, but for now it's mezze all day. Outback there's space for a patio, but sadly it won't be in operation until next season. Take-out orders are accepted, delivery to come. 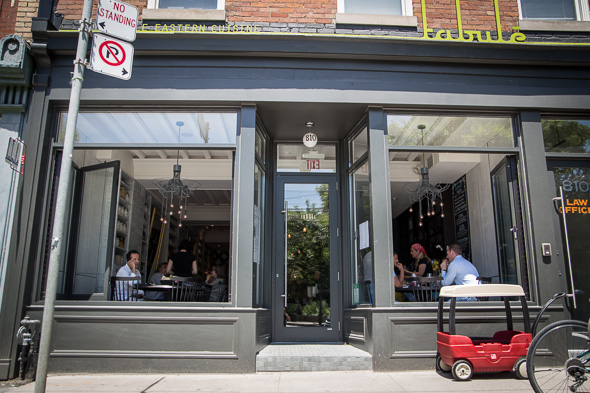