This Jewish-style delicatessen was part of the Switzer's chain, which include 14 restaurants throughout the GTA - the most famous one was formerly located at 322 Spadina Avenue in Chinatown. Now, the Mississauga eatery is the only Switzer's left. 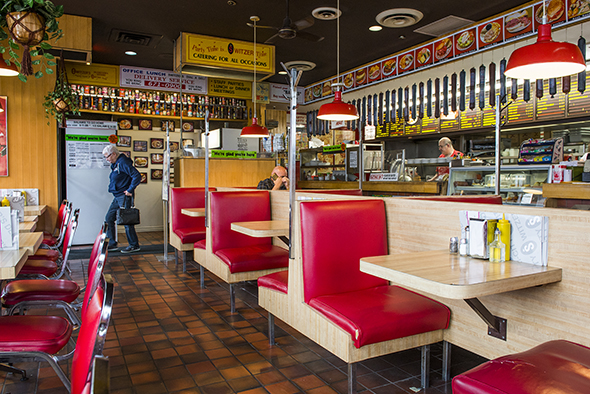 The space features wood panelling, red vinyl booths and an array of kitschy, nostalgia-inducing decorations, which is fitting considering the restaurant's been in the same spot for the past 38 years. 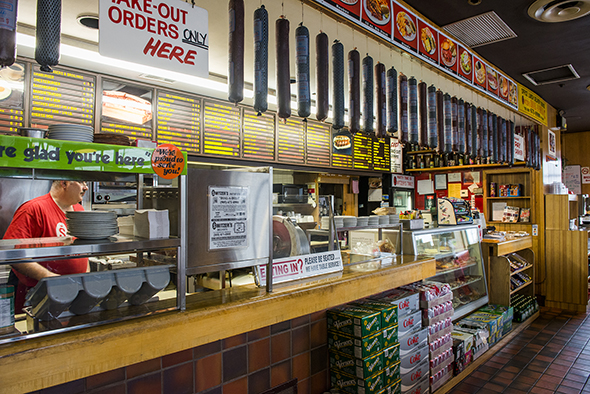 "We moved up here because we had a lot of restaurants in the GTA and we needed a kitchen commissary and this provided us with a restaurant and a kitchen," notes Charise Beck, who runs the deli along with her father. He joined the business back in the mid-1950s. 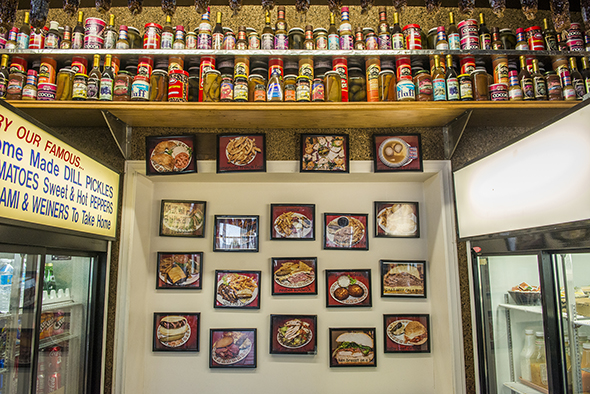 "Most of the time, we won't know people's names, but we know what they eat," says Charise - she's been working at the deli since she was 17. "When people come in," she continues, "I'll go, 'here comes two lean corned beef, one on rye and one with mustard.'" 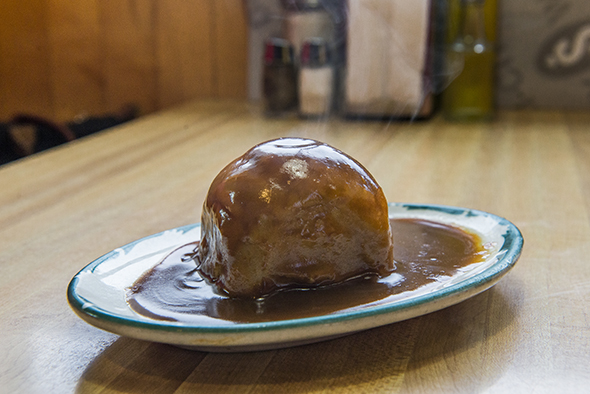 And it's easy to see how Switzer's has garnered a slew of regulars. They come in for classic deli dishes, like a made-in-house beef knish slathered with dark brown gravy ($5.50). 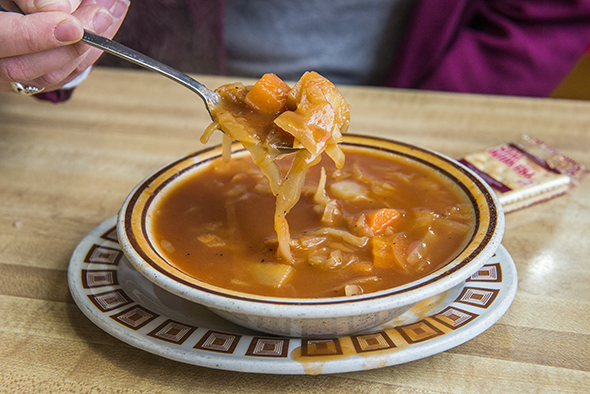 Homemade soup is also available if you're looking for a comforting appetizer. When I visit, the soup of the day is beet borsht ($5.75 for a bowl). Along with its sweet and savoury broth, it comes filled with a myriad of vegetables. 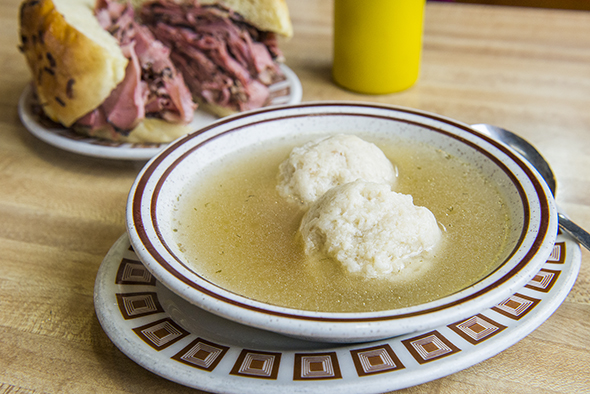 And being a Jewish deli, Switzer's also serves up matzo ball soup ($5.75). 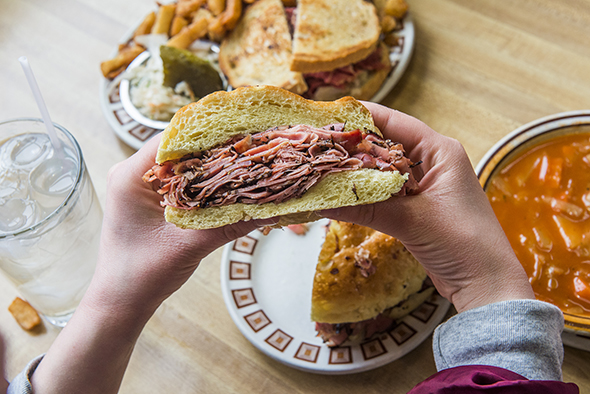 Sandwiches, however, are the star here. Charise and her team pile various types of smoked meat atop rye bread ($8.25 to $10.75), kaisers and onion rolls ($1 extra) from Silverstein's Bakery . For an extra $6.50, you can get fresh-cut fries and coleslaw on the side. 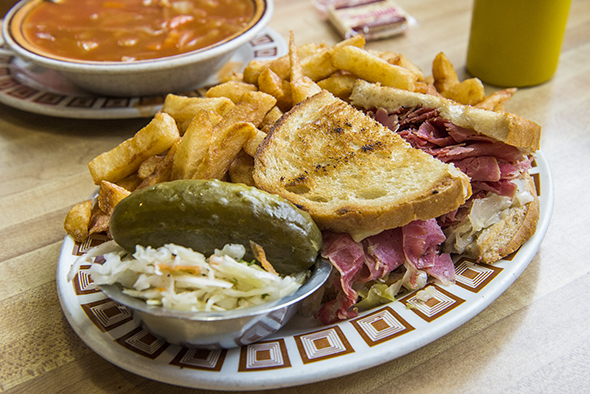 The Reuben is particularly tasty. Layers of hot corned beef, melted Swiss cheese and sauerkraut and come piled on slices of grilled rye bread along with fries, made-in-house coleslaw and one sour dill pickle ($15.75). 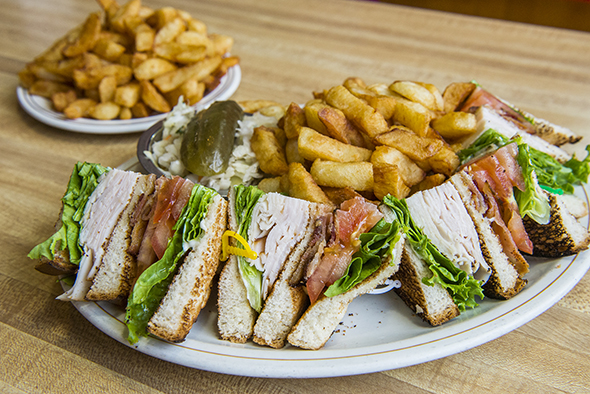 A triple-decker club sandwich ($15.75) - with turkey, bacon, lettuce and tomatoes - also looks like it'd make a hearty and filling meal. 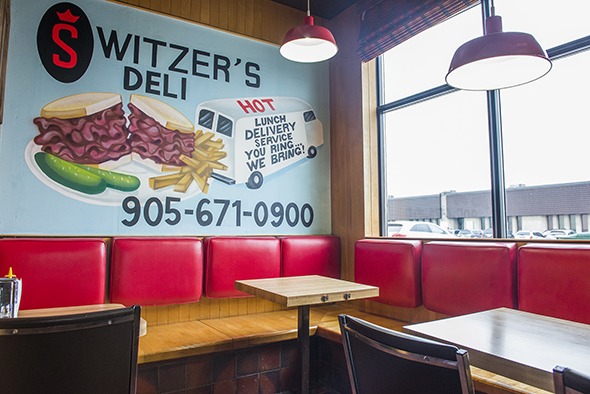 If you're looking to satisfy your deli cravings in Mississauga, you'll have to head to Switzer's between Monday and Friday - Switzer's isn't open on weekends. 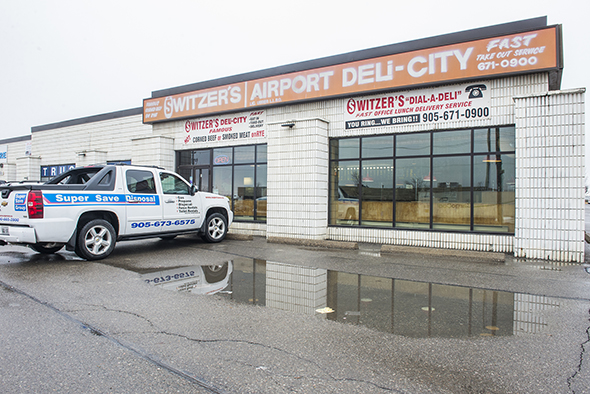