Swish by Han, the brainchild of Leemo and Leeto Han, was conceived back in 2006, but took a while to come to fruition. When the brothers finally managed to buy the establishment in early 2009, it was another seven painful months of one hurdle after another before they could finally open their doors to the public in mid-summer. Since then the hype has only grown, so I decided to go see what all the fuss was about. 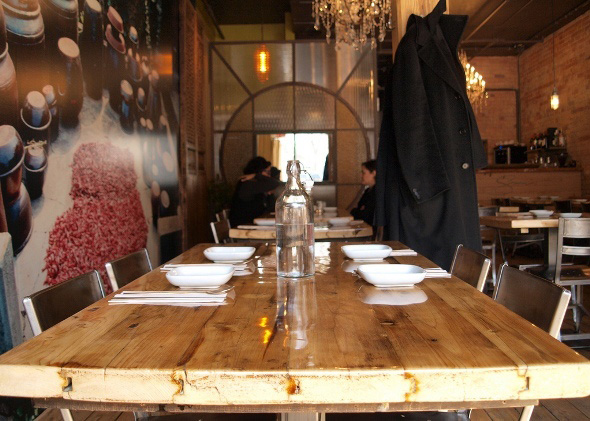 When I first step inside I'm a little thrown off -- this in no way resembles any Korean restaurant I've ever been to. I shrug it off and chalk it up to Swish specializing in Korean/American fusion. This leaves me pretty surprised when Leeto, the managerial half of the Han duo, lets me know that this is in fact what a restaurant from Seoul looks like: it's the others I've seen that've been Americanized. 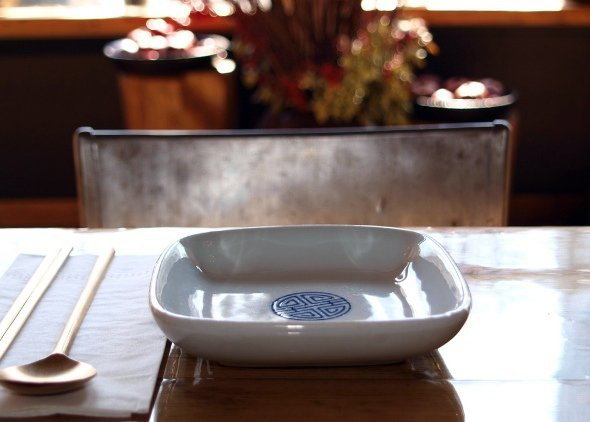 Located a stones-throw away from the St. Lawrence Market , Swish is pretty damn posh. The restaurant's interior is made from reclaimed elmwood and is decorated with personal touches: paintings by their grandfather, a blown up photo from South Korea and chandeliers from their home. 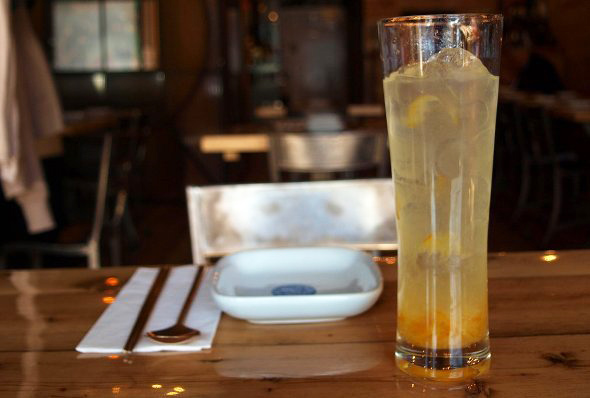 I order the kimchi tuna melt ($9) and Becky, my waitress, suggests I try the yuzu tea ($3). I gladly take her advice. The iced drink comes quickly, and I give it a sip -- sharp citrus bites back at me and quickly fades into a mix of sweet and sour. It's clean and crisp and makes me feel like summer. (Now if only it came with a dash of gin...). 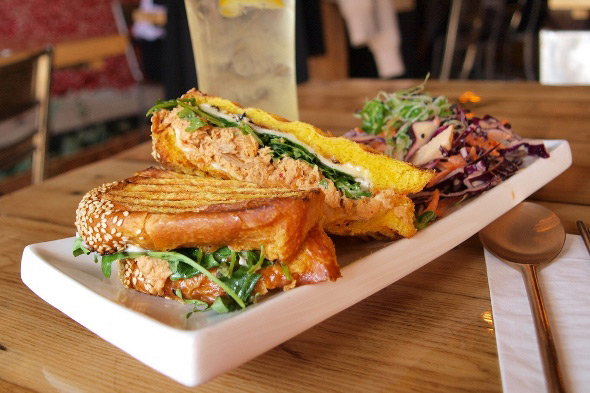 The melt comes sandwiched between two slices of lightly buttered egg bread (Challah). As I bite in, I'm surprised by the kimchi's pleasant crunch before I begin to register the flavours. The warm spice from the kimchi, the tuna (which is wonderfully fresh and un-fishy), and of course, the melted cheese. I'm certainly impressed, but a part of me wishes there was a little more heat. I taste the coleslaw, noticing the kimchi and miso in the dressing and am happy to find the slaw has a kick to it that's just phenomenal.

When I'm done Leeto tells me I can stay and "chill out" for as long as I like, and Becky and I subsequently chat for much longer than we probably should. Finally, I pay the bill and go.

While I'm pretty much in love, but just to be sure, I go back a few days later to try the dinner menu with a friend. We order the AAA Alberta ribeye BBQ set ($25) and the bibimbap rolls ($7), both to share. The rolls come out first. They're a play on the traditional preparation, and

use rice paper rolls instead of the rice bed. With this dish, I often feel rice gets in the way of flavor, so I'm pretty happy with this intervention. It's juicy and lightly seasoned, though the portion size makes it clear that this really is meant to be ordered tapas style. 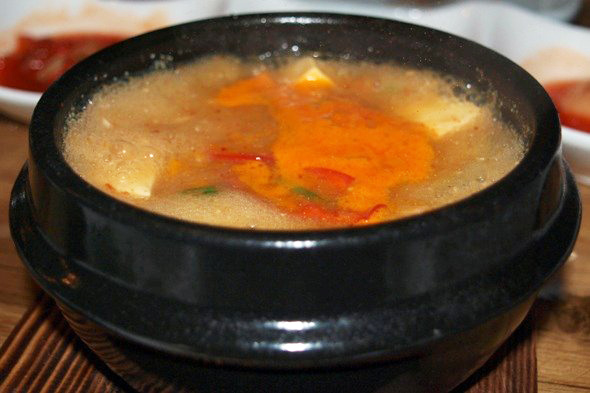 The kimchi trio and ban chan trio (included with the ribeye) arrive and we start sampling. My friend and I try to decide which is the best and find that we can only agree on one of them -- the squid from the ban chan trio, which is phenomenal. A "stew" is brought to our table: the bowl hot enough to make the bubbles leap up in spectacular fashion. It's rich and spicy, though too brothy for me to classify as a stew.

Leeto brings the grill out and brushes it quickly with some oil and instructs us on how to use it, leaving us with the beef, lettuce leaves, rice, and condiments (called a ssäm set ) -- we get to work and are making our little wraps within moments. The beef is juicy and our (failed) rolling attempts are accompanied by a lot of laughter. I'm told in Korea it's tradition to try and eat the wraps in one bite: probably to avoid the mess I'm inevitably making. We're both surprised to find that by the end we're completely stuffed. 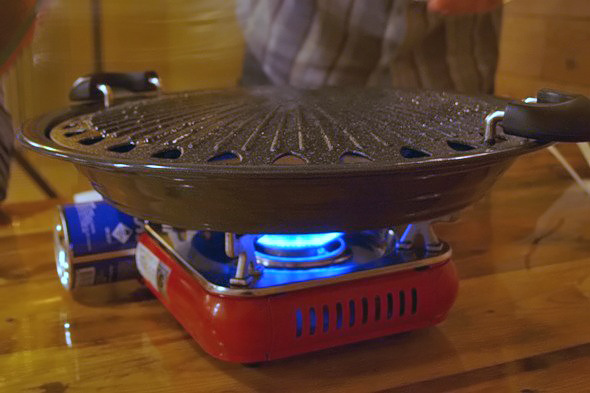 Having hoped to try the hand-shaven Bingsu dessert, we agree to come back, and soon.

Toronto is known for its multi-cultural richness, a credit that is often heavily reflected in wide diversity of restaurants you can find here. Yet, in a city that thought it'd tasted it all, Swish by Han has managed to bring something new to the table. 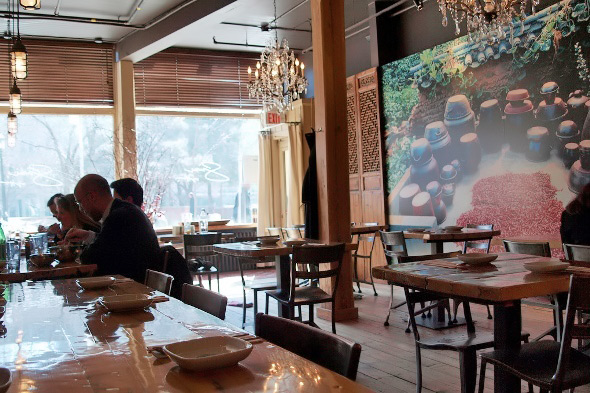 The lunch crowd at Swish is mostly in business-suits but dinner is much more mixed. During the week you can probably just drop in and get a table, but on weekends reservations are recommended. Dinner entrees mostly range around $12, though the special meals are around $27(including "Swish" bowls--Leemo's tribute to their parents' Shabu Shabu restaurants in South Korea).