Striker Sports Bar is officially Toronto's only gay sports bar. The idea came to Oliver Douglas and Vince Silva after trying to watch a major hockey game at a bar on Church Street and having a lot of trouble in doing so. It wasn't long after that together with a small army of investors the hunt for a venue began.

They finally landed inside 31 St. Joseph Street, which before them was an abandoned Hasty Market. They took over the space, made it completely accessible by building a large ramp, and filled it with dozens of HD screens, a great soundsystem, lighting, a kitchen and staff. 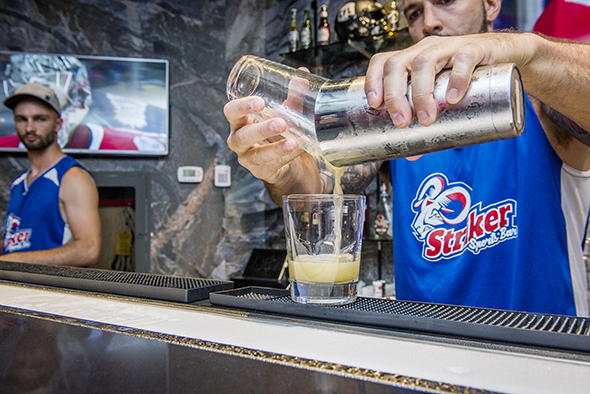 Striker was created on the basis of making it easy for LGBT folks to have a place to watch sports. To hold hands, make out or high five whoever they want without worrying about straight jock judgement. It's also a great place for women who are intimidated by regular sports bars. 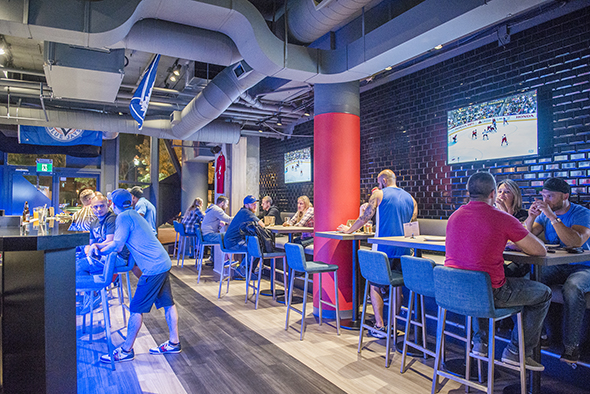 Not that there aren't welcoming, non-chain sports bars in the city , but with Striker there's just something a bit more freeing about the space and staff.

They space is totally welcoming and all Toronto games are given priority on the screens. They have a good array of beers on tap as well as a small lineup of bottles. 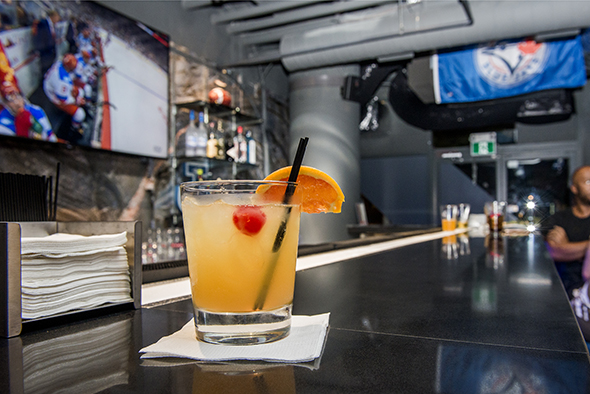 Their cocktail list is where they shine. It includes The Soaring Blue Jay and Coaches Corner (both $13) and Maple Leaf Dreams ($14), a maple syrup and bourbon concoction. 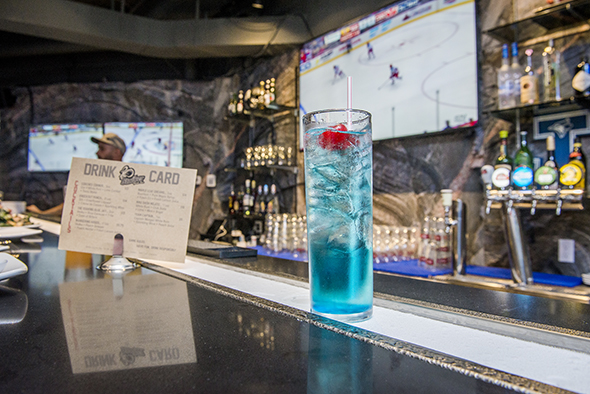 Maybe more exciting than the drinks themselves is Canada's first-ever Frost Rail. Set a little further into the bar itself is a strip that kind of looks like a mini-curling rink. 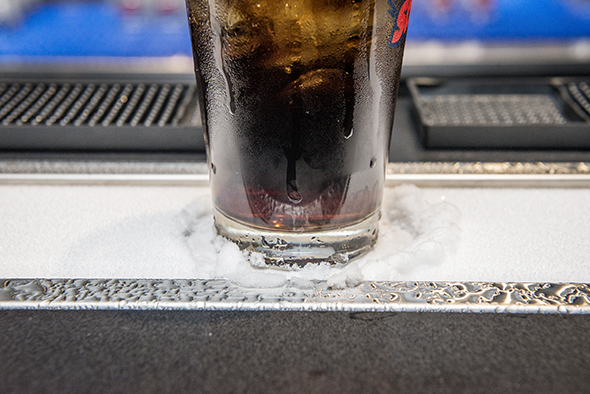 It's a thin surface layer of frost to keep your pint and cocktail glasses on to keep your drink cold. It truly gives new meaning to the term bottoms up and was specially imported by the guys. 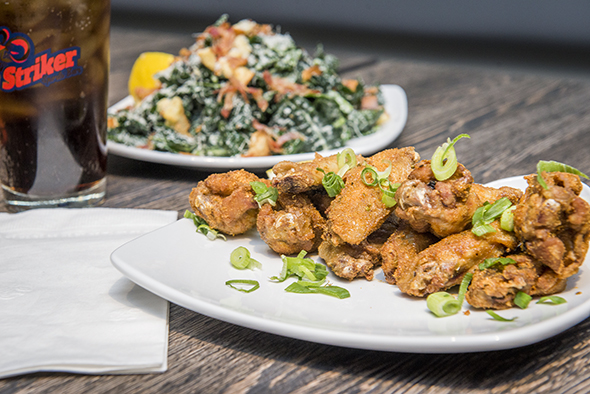 They've kept the menu small and simple and consistent with the sports bar vibe. Rink side roasted nuts ($6) and knockout nachos ($16) are some fun starters, but it's the Louisville Slugger wings ($14 a pound) and the Gladiator Kale Caesar ($13) that will keep their bases loaded.

They also have flat bread pizza and sandwiches and everything is made fresh and in house. 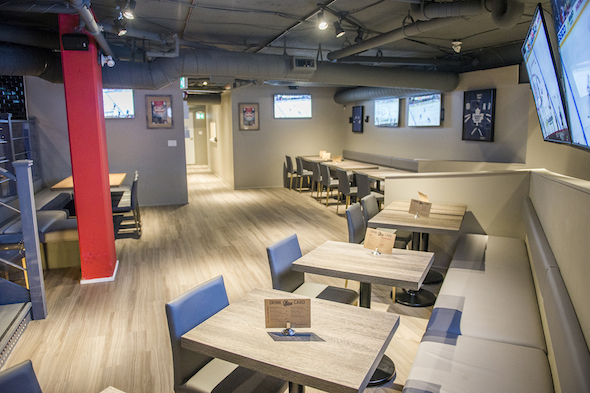 Above and beyond the food and drinks is the service. The staff is so friendly (and handsome), it's hard to believe you're in a sports bar. They're knowledgable and sports fans and with the eyebrow raising number of LGBT sports leagues in the city, bound to become hosts to a plethora of post-game meetings and pre-game planning.

Toronto is lucky to have a diverse, inclusive sports hub where everyone is welcome. 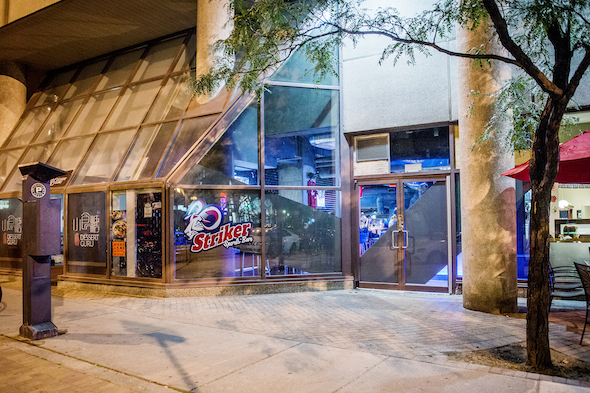