Smoke's Burritorie has followed hot on the heels of the brand's Weinerie , opening its first-ever location (with many more to follow) just below Smoke's Poutinerie's original location . This basement spot was formerly occupied by Burrito Boyz , which has moved above ground a few doors down. 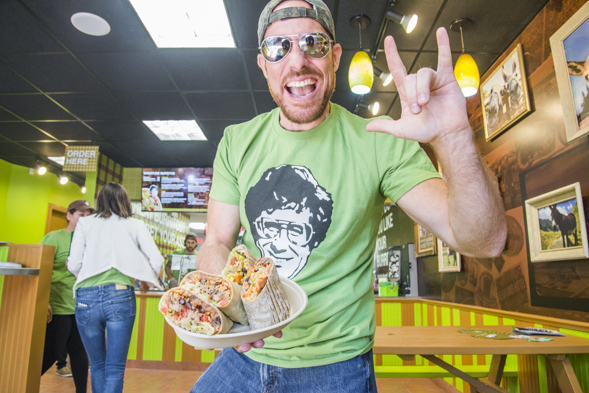 Whether you choose to believe the outlandish backstory as to why Smoke's has entered the burrito biz or not (founder and CEO Ryan Smolkin's answer when I ask "Why burritos?" is "Why not burritos?!"), what is made clear is that both Smolkin and "Smoke," two larger-than-life characters, want this place to be a fun experience that doesn't take itself too seriously. 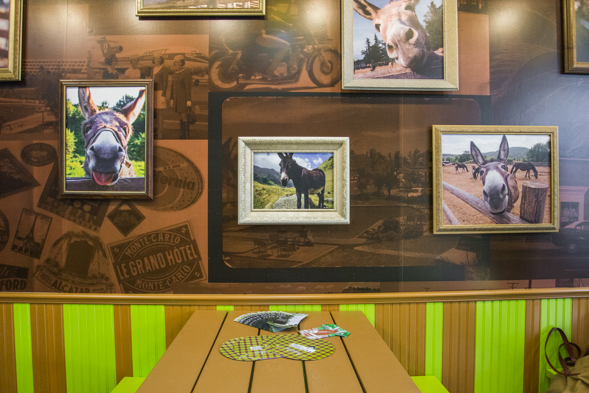 It aims to be the opposite of pretentious, blasting Poison and other '80s rock anthems over its speakers, while paying tribute to the origins of the word "burrito" (meaning "little donkey" in Spanish) with an "ass wall," featuring framed pics of adorable donkeys.

This Adelaide St. location's adopted donkey is named Jasper, a rescue at The Donkey Sanctuary of Canada , located just south of Guelph. Each subsequent Burritorie location will have its own individual donkey it supports from the sanctuary. 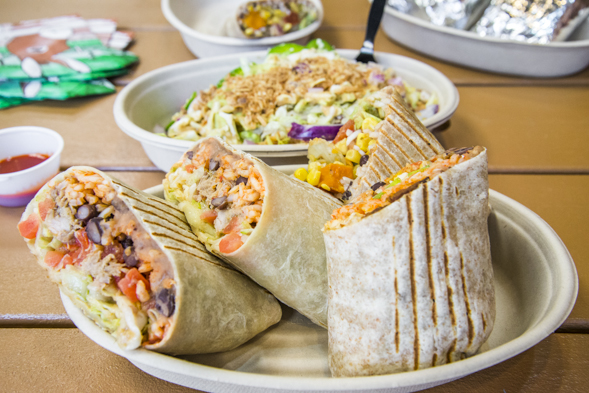 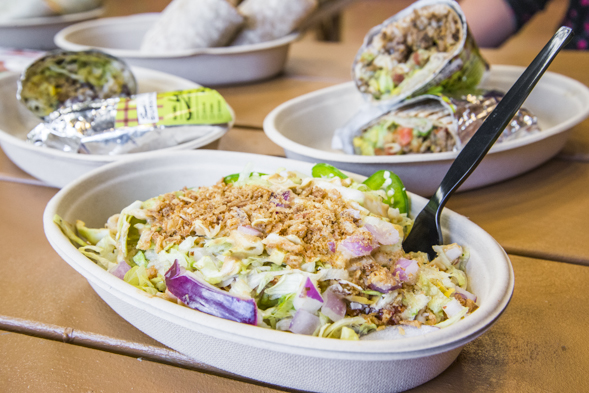 There are currently six signature burritos, with names like Pollo Diablo (Devil Chicken) and La Madre (The Mother), which have pre-set ingredients with proteins like chicken, pork or steak (there's no seafood and sadly, there are no burritos filled with poutine or hot dogs - yet?), or you can order a custom-built burrito for 50 cents extra. 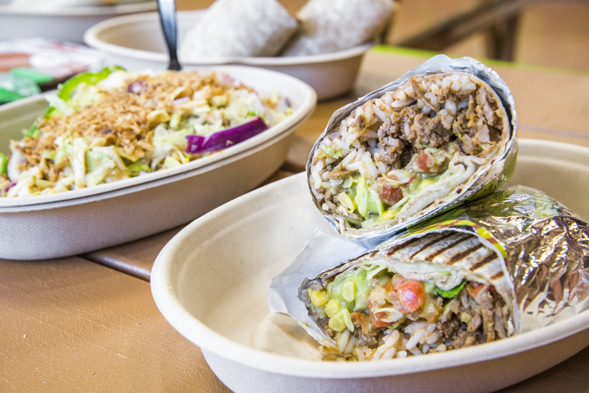 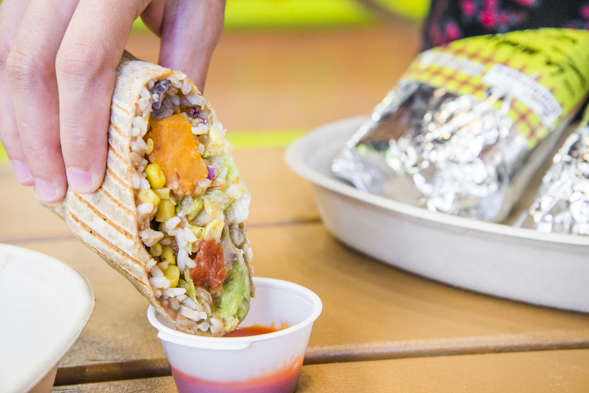 The Cerdo Celoso (Jealous Pig), containing Smoke's signature pulled pork, comes a close second, but really, these are just burritos. There's nothing mind-blowing about them - it's more about the power of the brand and its fans. 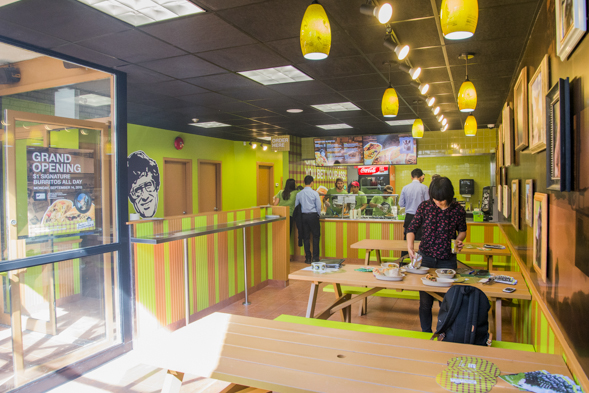 A warning: any burrito that contains anything with the words "Kick Ass" in front of it will likely be spicy (e.g., rice, sauce, chicken), and ones that include "Devil," "Jealous" or "Angry" in their names should also indicate to eaters that they'll probably be hot. They're an acceptable level of spiciness for those who can tolerate it. 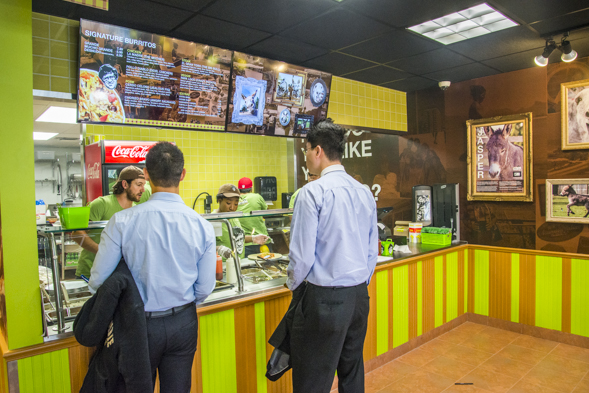 Late night burrito wars have been declared on Adelaide St. W. (the Burritorie is open until midnight Sun. to Tues., 3am Wed & Thurs and 4am Fri. & Sat.), with direct competitor Burrito Boyz just a few doors down and also Fat Bastard Burrito opening a bit further west along the street. Who will come out on top? 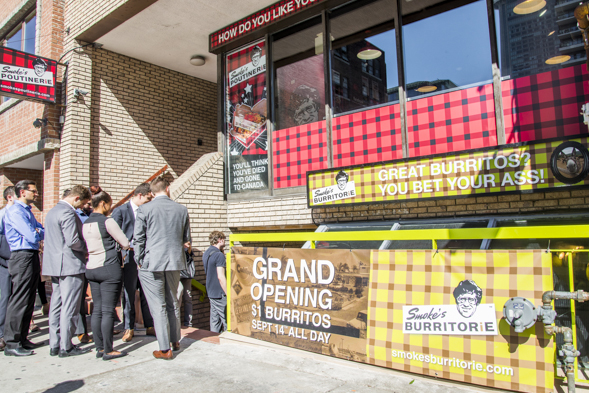