The Six Brewing Co. is a brewhouse and restaurant inspired by the beer halls of Munich while still paying homage to Toronto and nearby Trinity Bellwoods.

On prime real estate on Dundas West where Susur Lee's Bent used to be, this brewery serves up eight original beers brewed in-house twice a week. 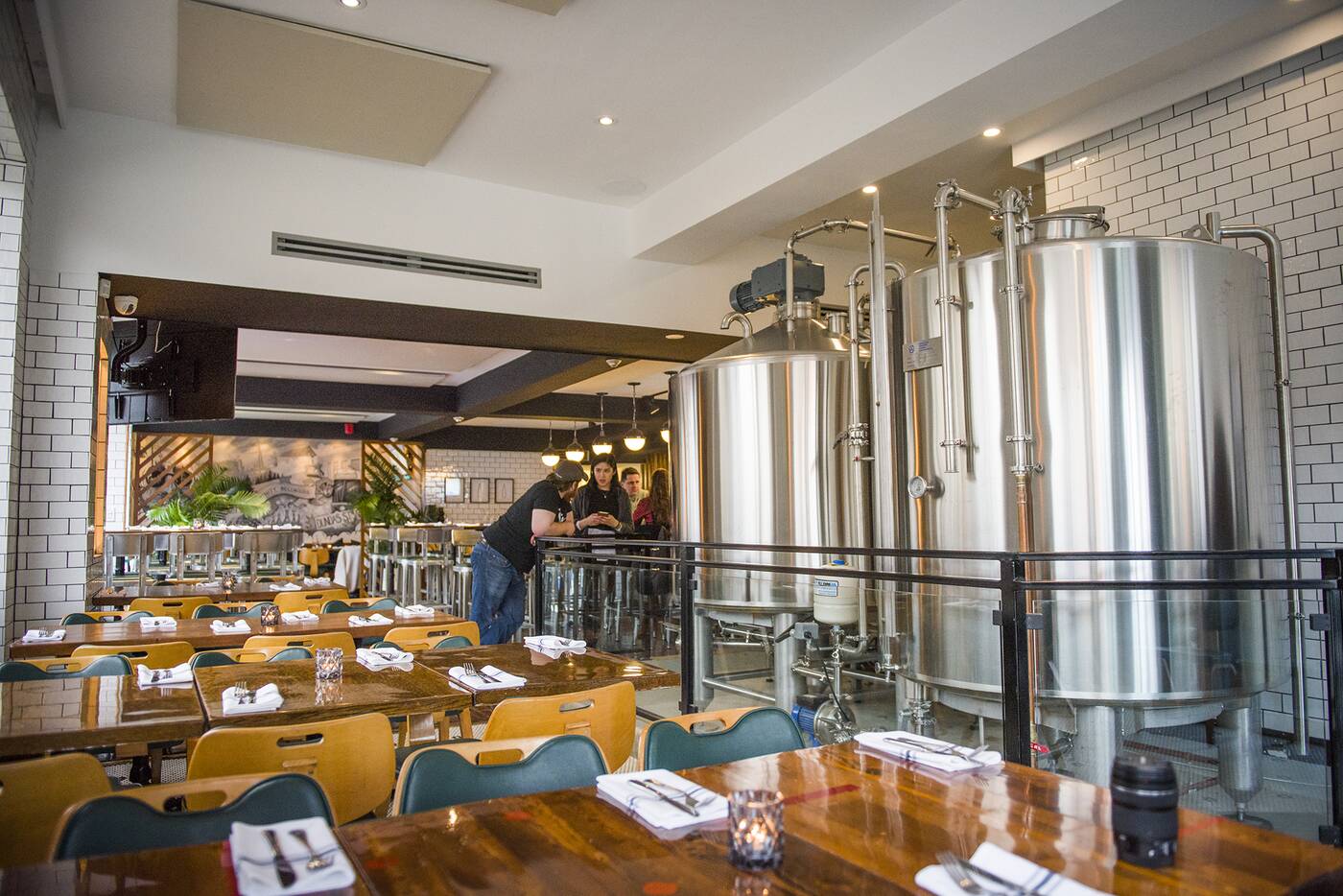 An idea conceived by Jeff Falco and his wife Katie – who travelled as a pair to Germany in 2012 – the restaurant's cozy upper floor has a capacity of 90 people. 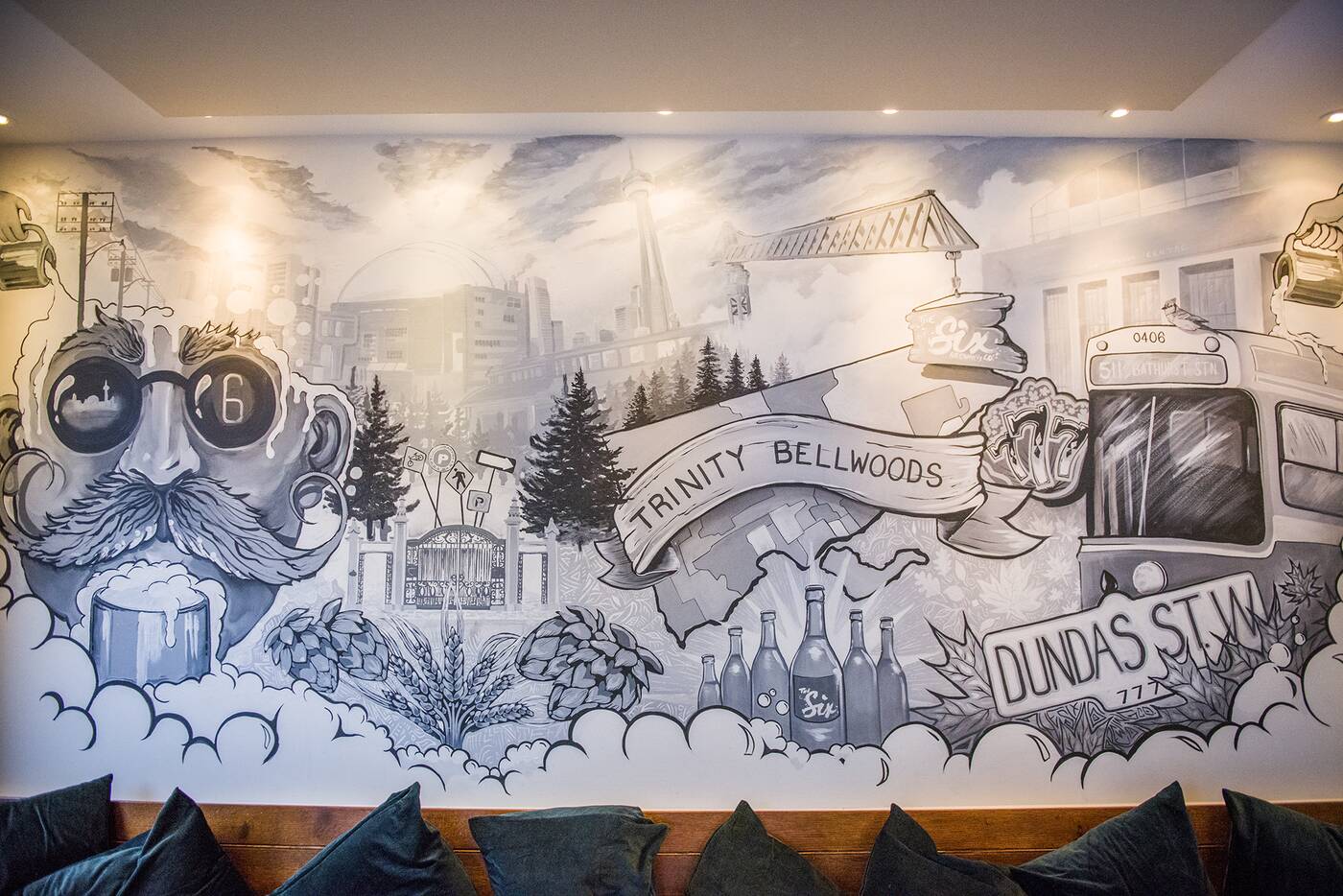 A modern space with some woodsy touches, a steam punk theme runs through the bar's decor with art by Toronto-based artist Rustik Design – whose mural ode to Trinity Bellwoods is the main feature of the place – and shiny brewing tanks. 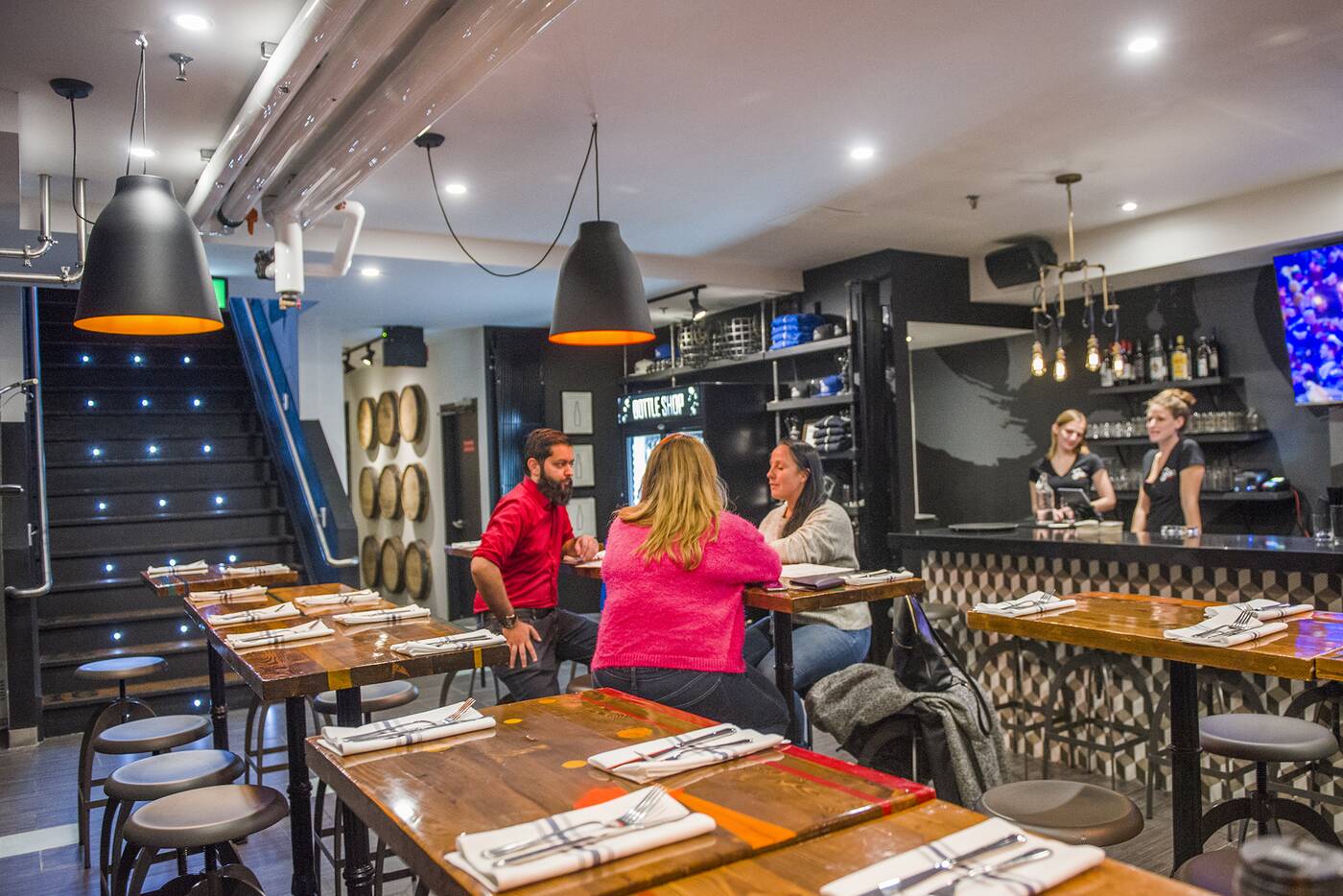 The downstairs area is decked out with TV's, giving it more of a sports bar vibe. 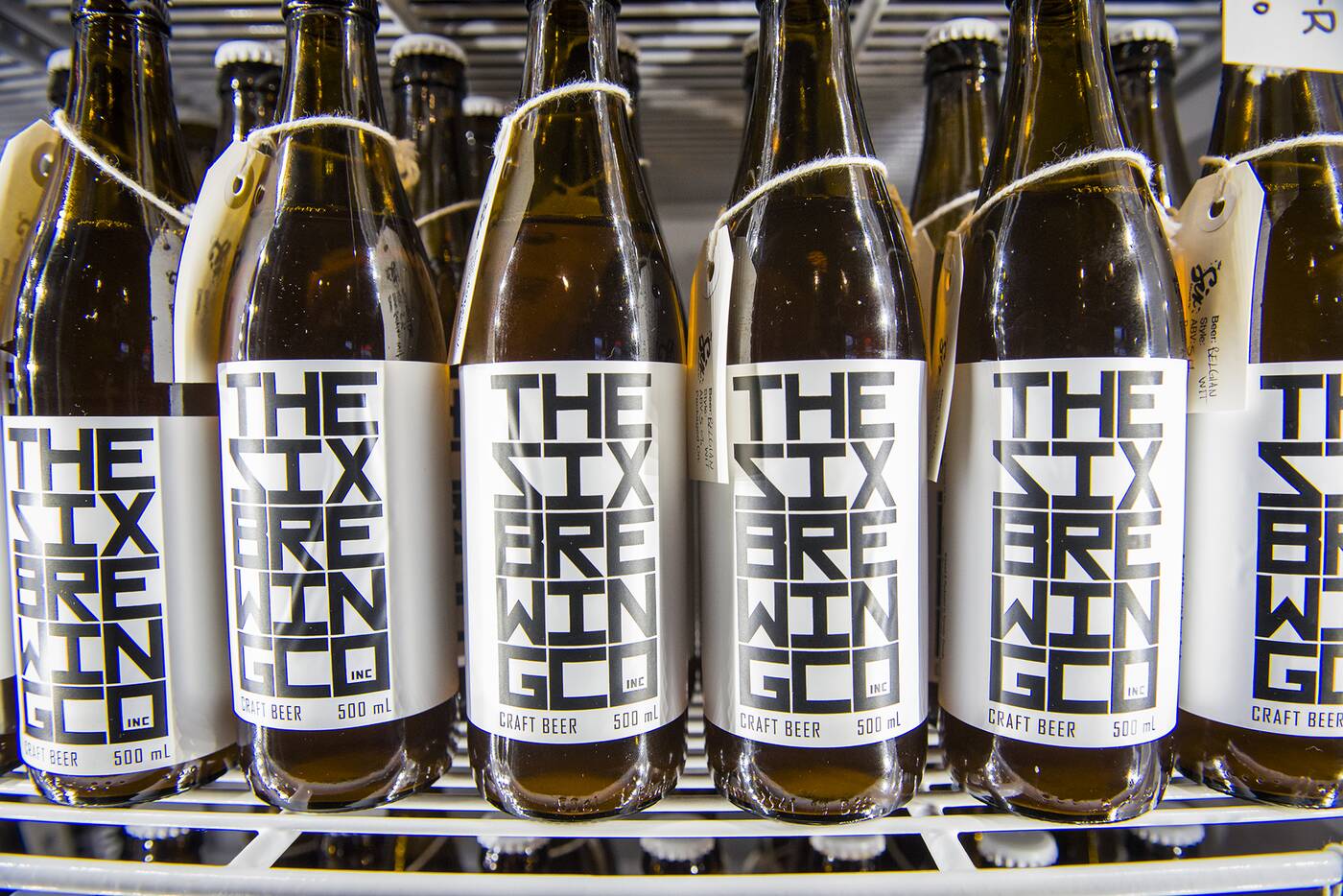 A fridge full of 500 mL bottles for sale contain a few but not all varieties of Six Brewhouse's beers between $5 and $5.75, available in two different colours, just because. 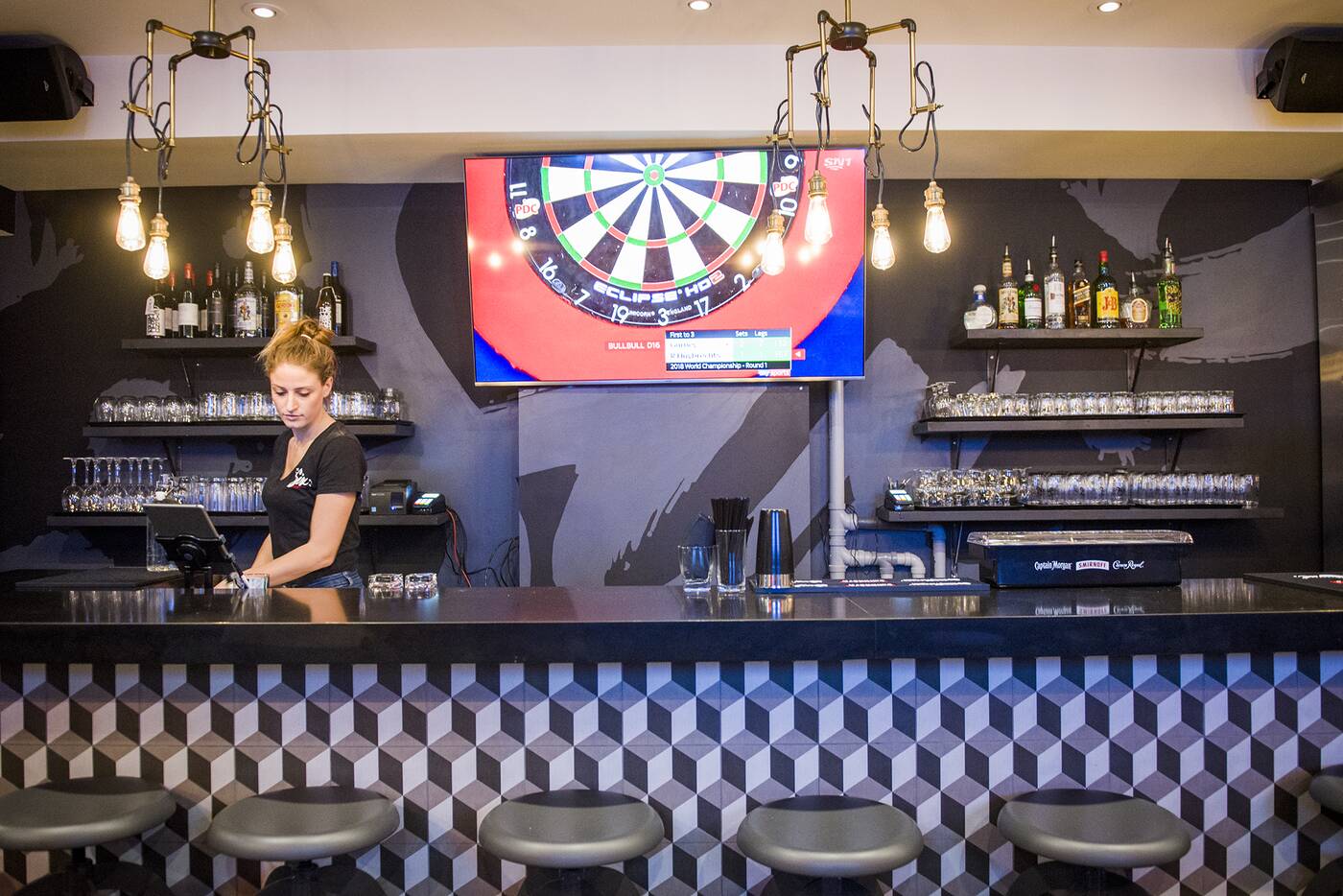 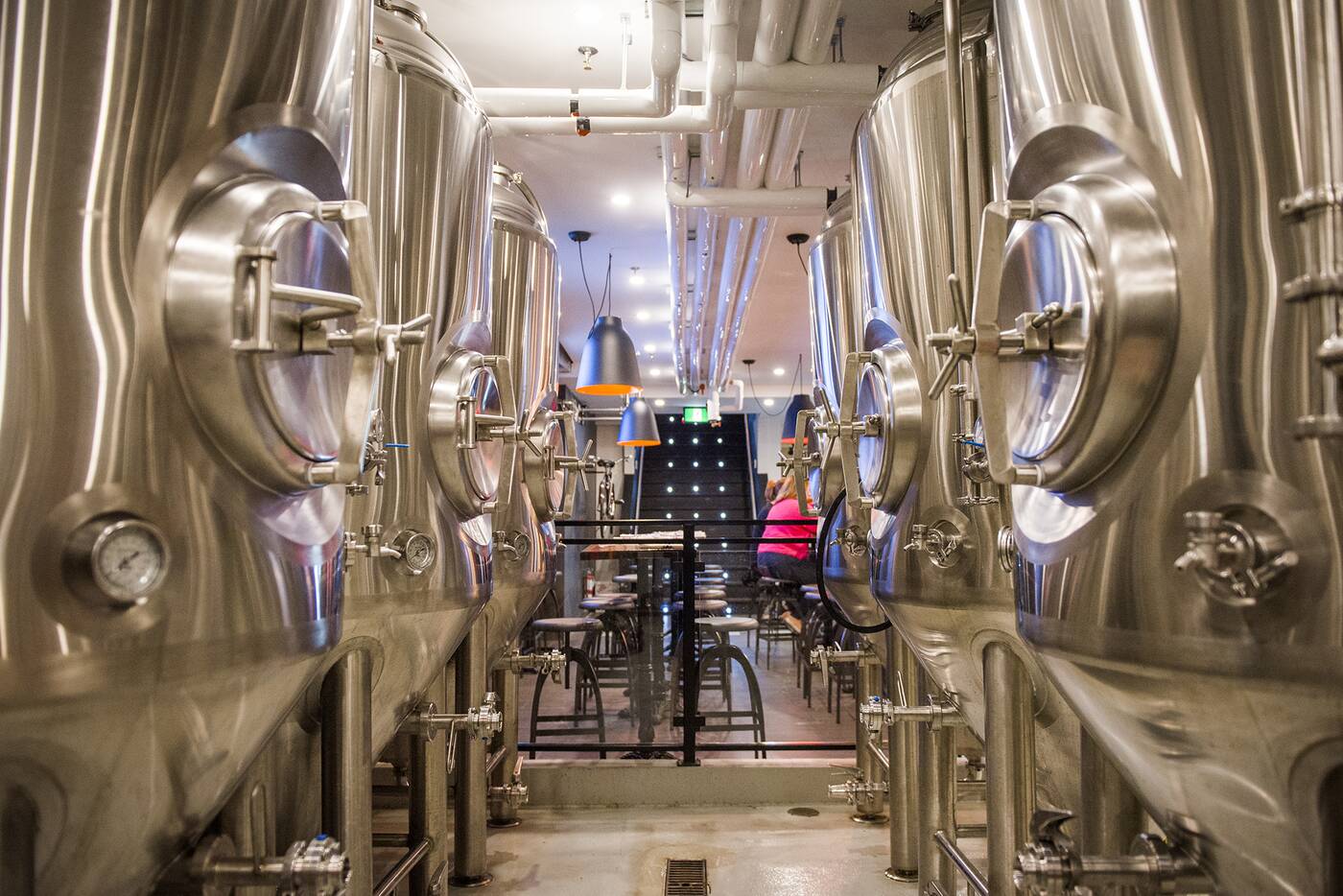 To the back is where you'll find the six giant fermenting tanks connected to the upper floor, where beer is fermented for seven to 10 days before being cooled. 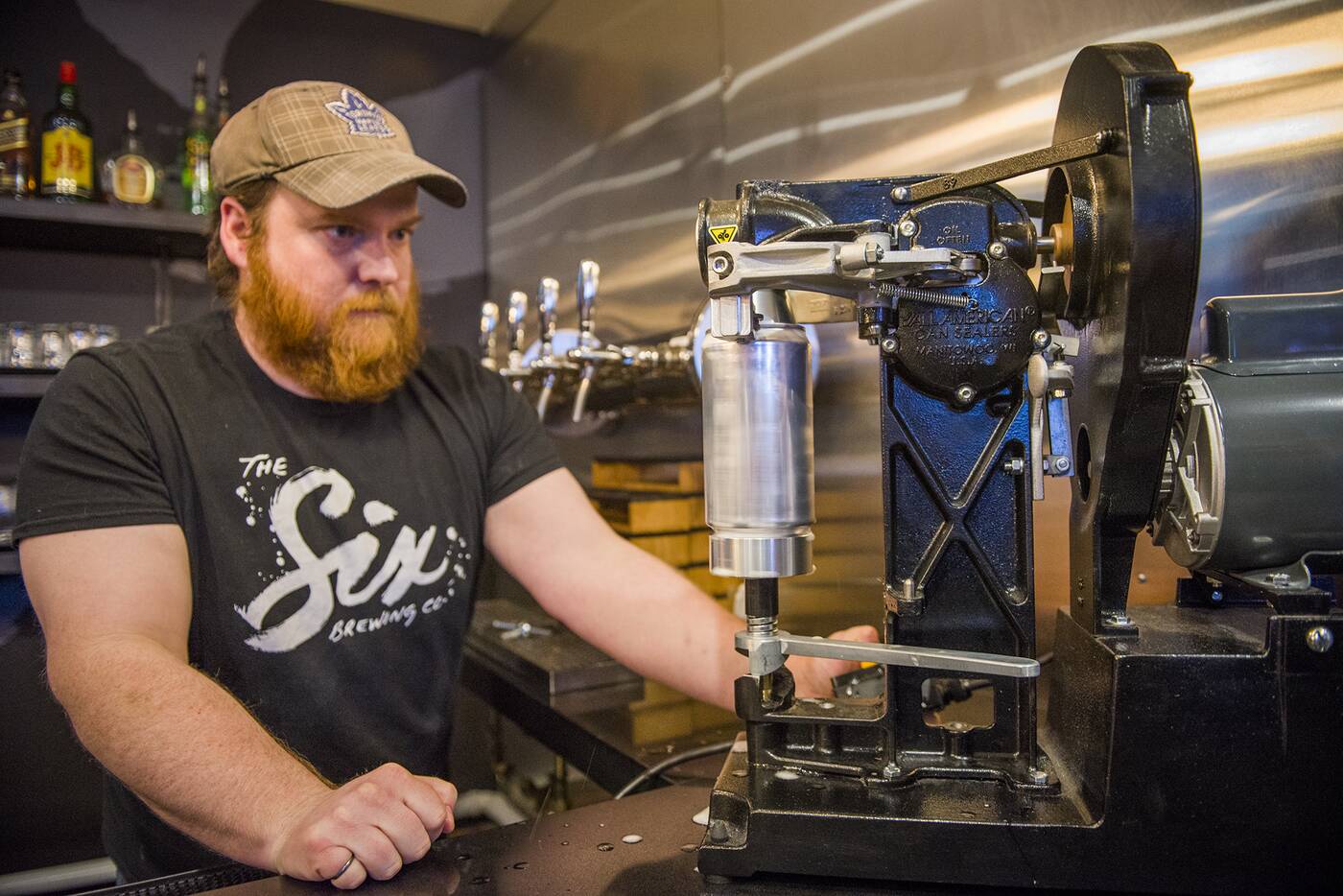 Brewmaster Austin Roach, formerly of breweries like Mill Street, is the mastermind behind the tap selections here. 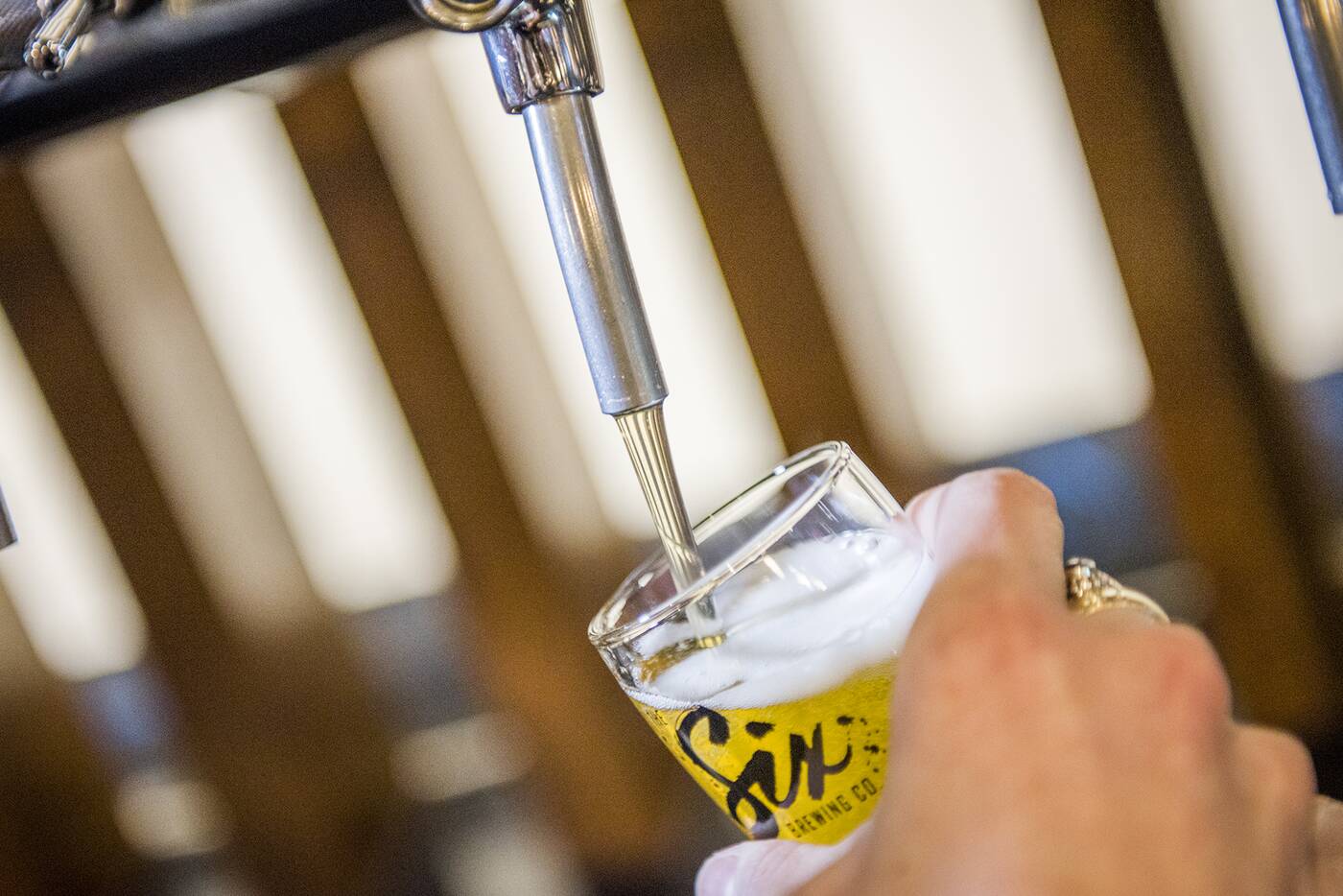 All of his creations are light, uncomplicated, and palatable to even the pickiest beer drinkers. 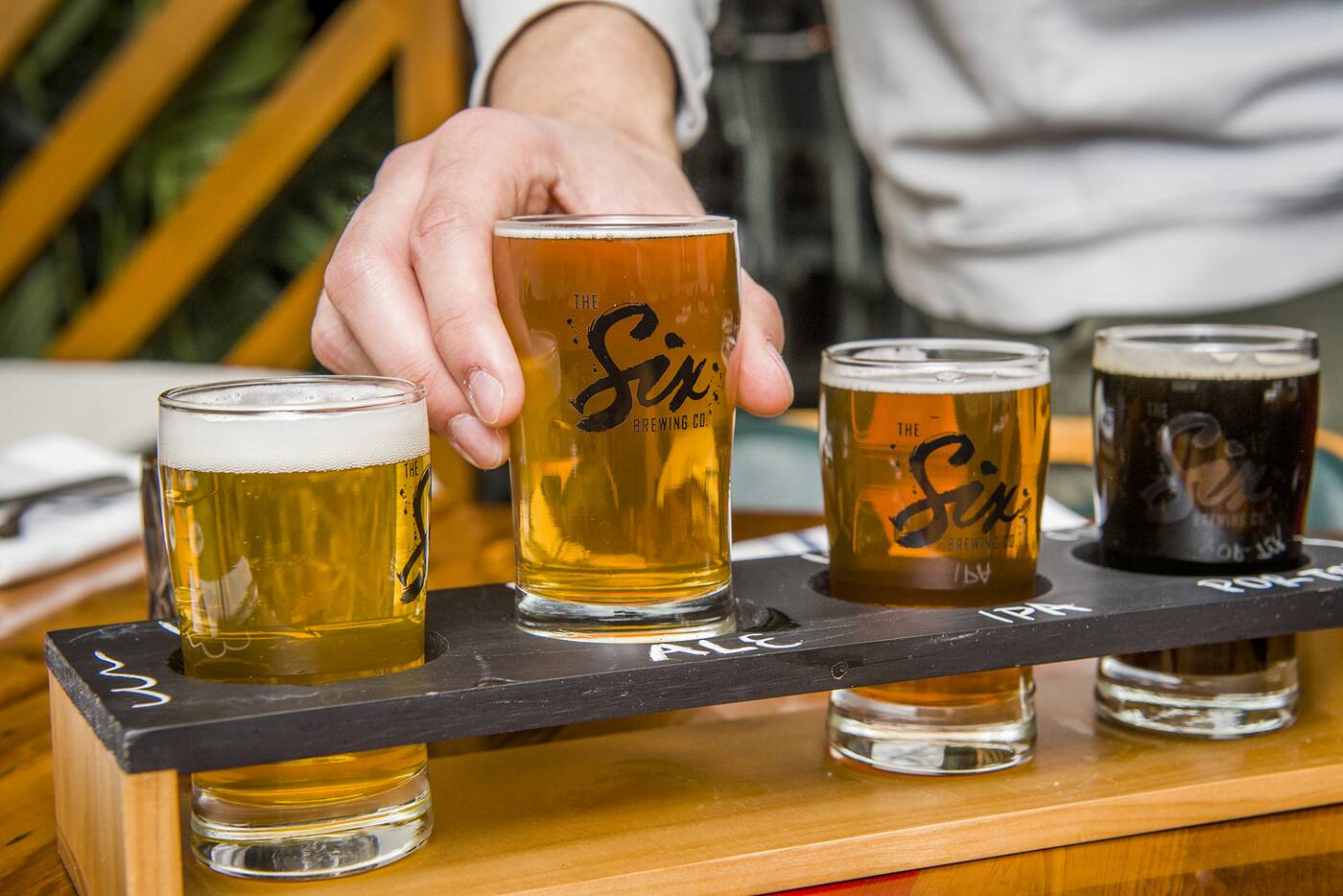 To sample a few of the brewhouse's beers at once, a flight of four 5oz beers ($9) is the way to go. 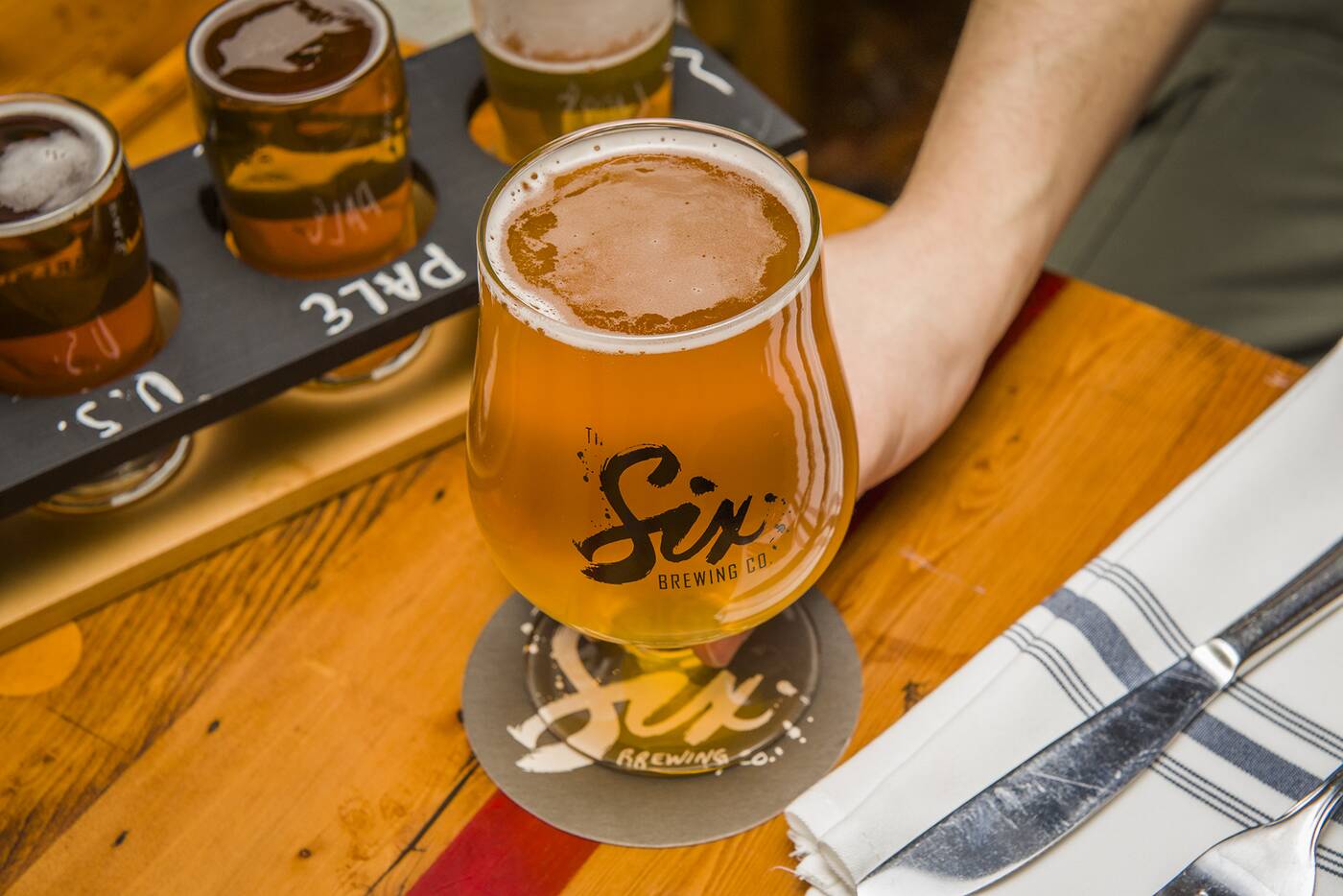 For bigger gulps you can grab a pint of one of their most popular brews: the Belgian wit ($7.75) – a citrusy concoction that comes in a stemmed glass. For fans of rich beers, the coffee porter ($8) is brewed with Ethiopian beans from Kensington's I Deal Coffee.

Another favourite and incredibly tasty, the Session IPA ($7.75) is served in the restaurant's signature beer-shaped glass. 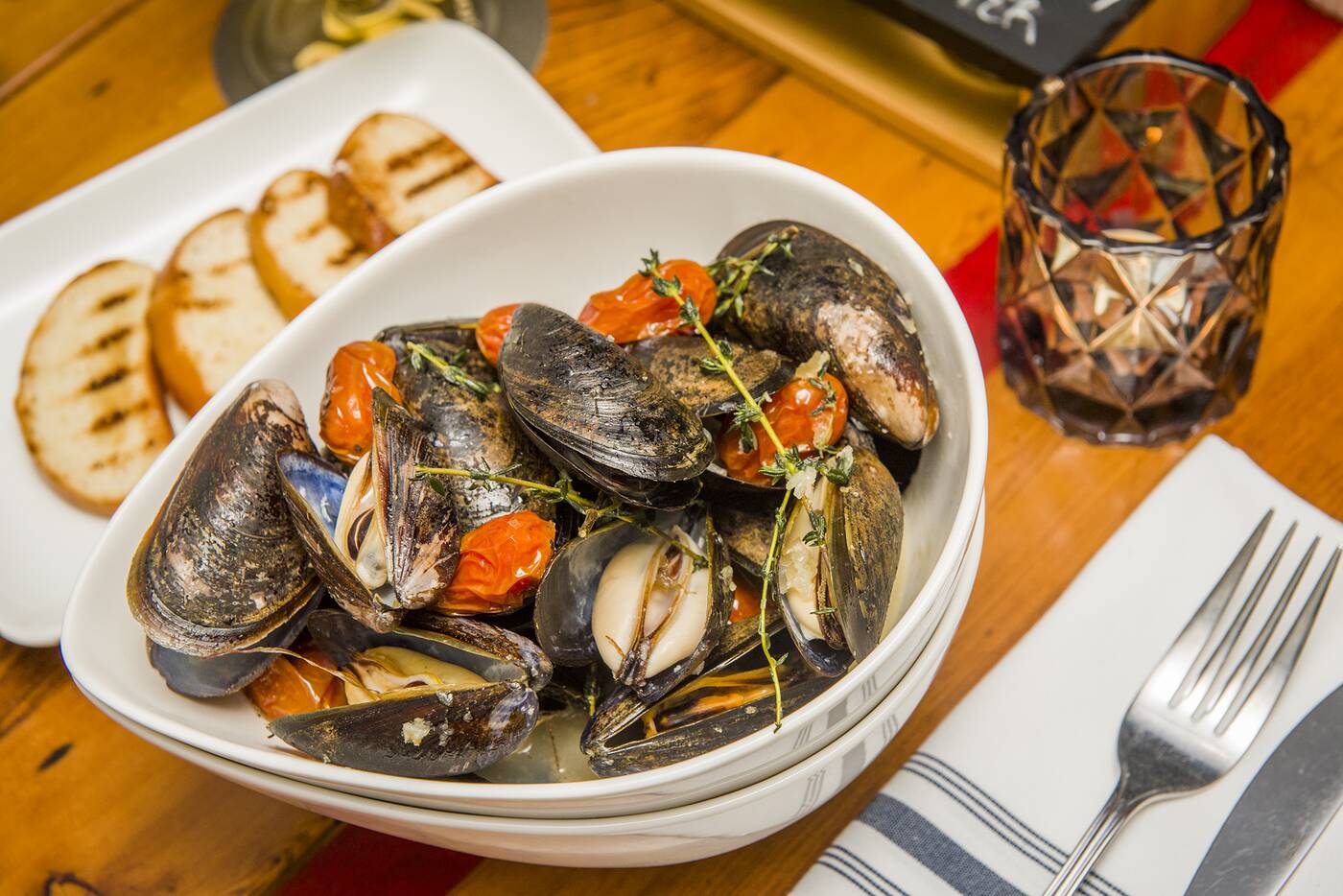 The brewhouse has a menu with several seafood options to pair with your brewski. Steamed P.E.I. mussels ($13) have a strong oceanlike flavour, served in a bowl with roasted tomatoes and Belgian Wit beer sauce. 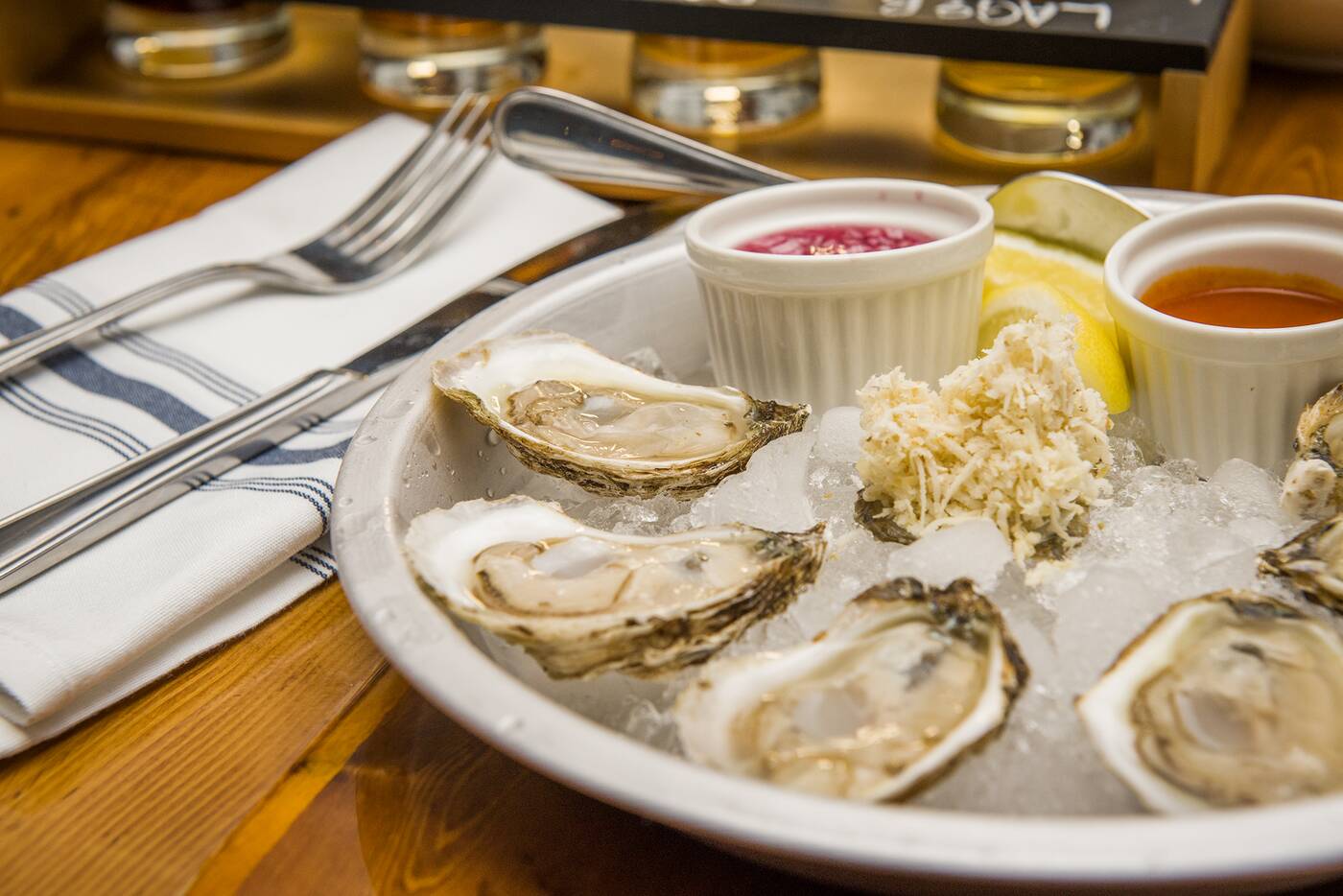 Oysters from the east coast come served on ice in six ($18) or a dozen ($36) accompanied with horse radish, mignonette and hot sauce. 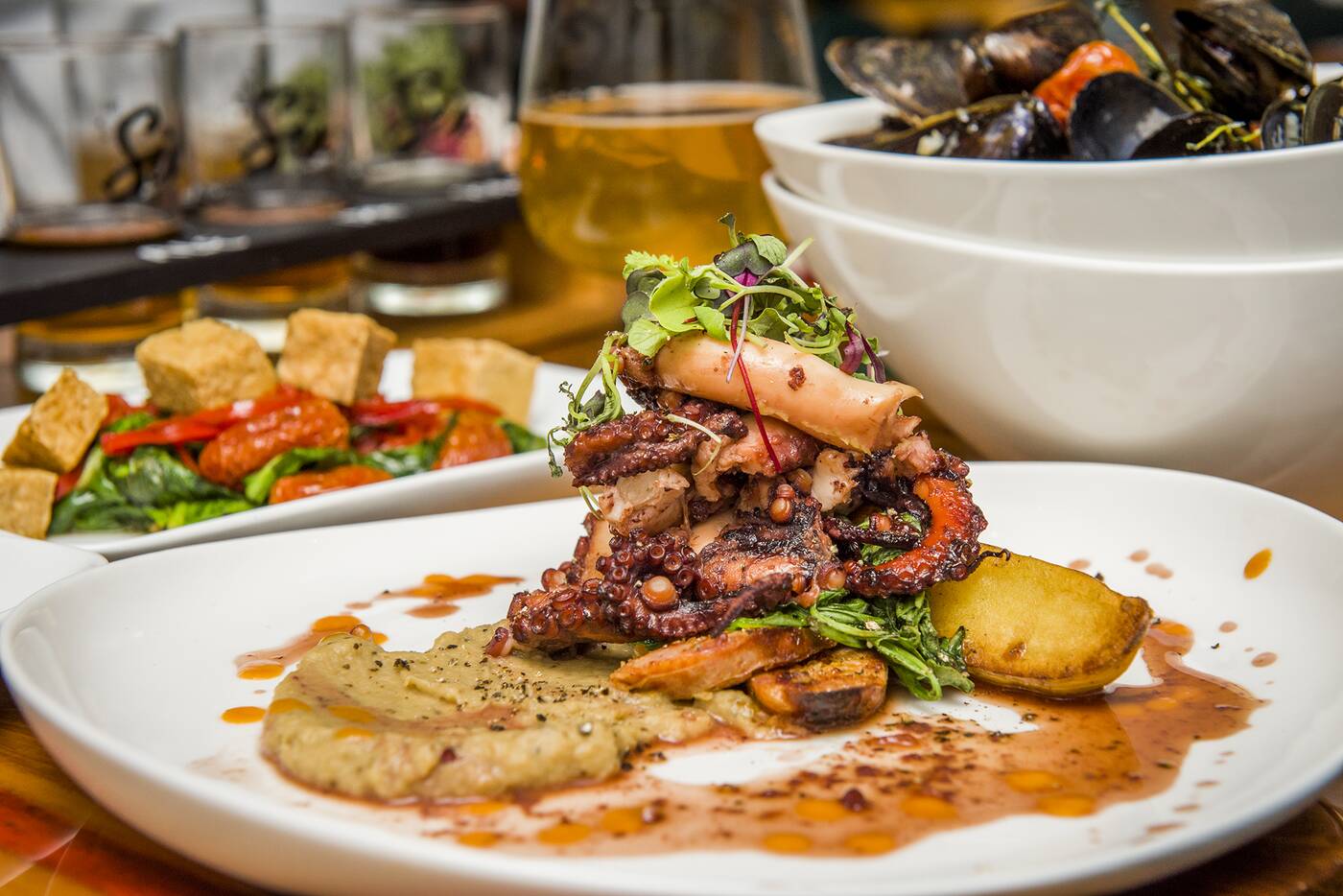 The braised octopus ($16) is tender, not chewy, and served with fingerling potatoes, eggplant and sauteed arugula. 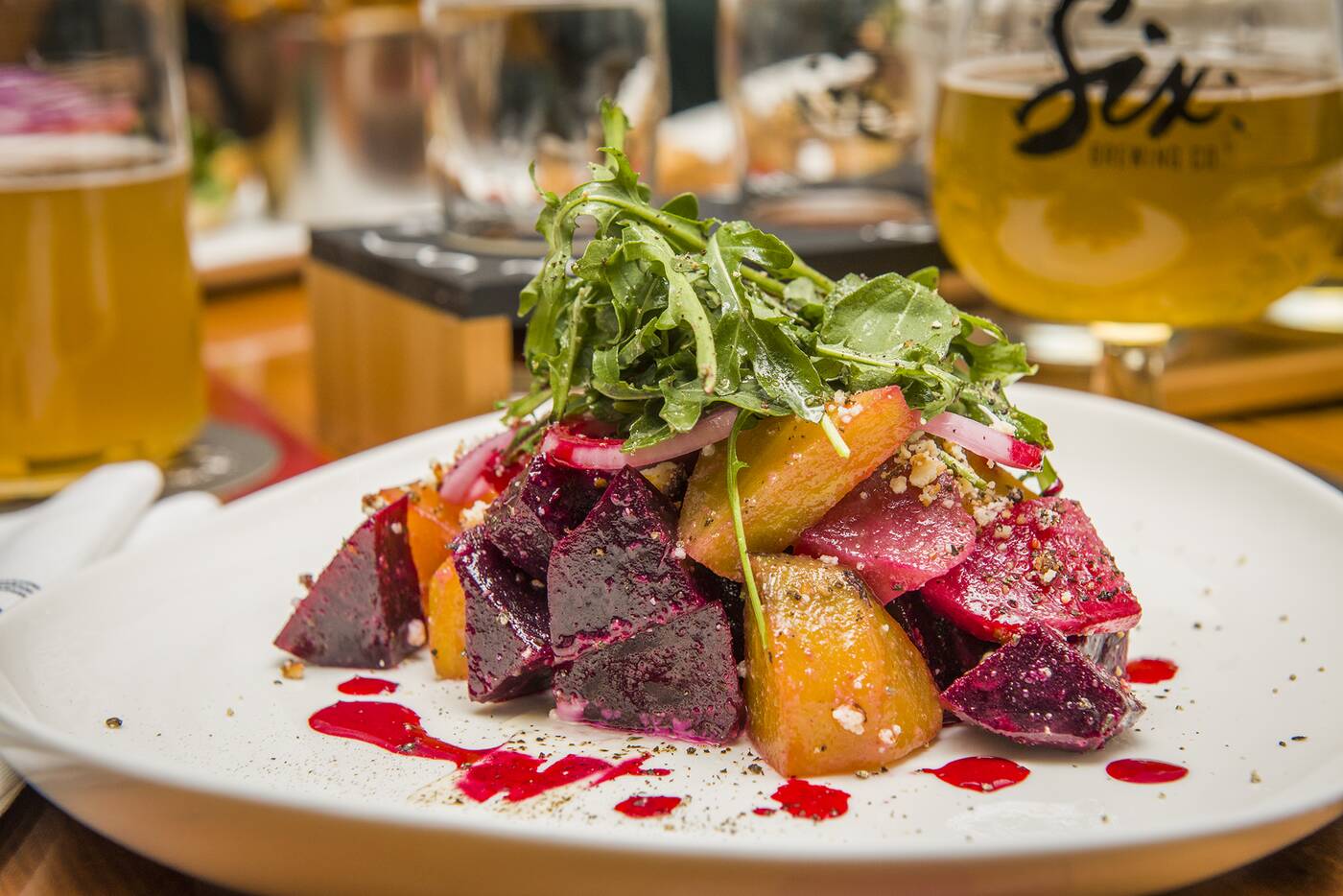 For veggies, there's a colourful salad of roasted beets ($13) with a touch of fennel yogurt that sets it apart from other salads of its kind. 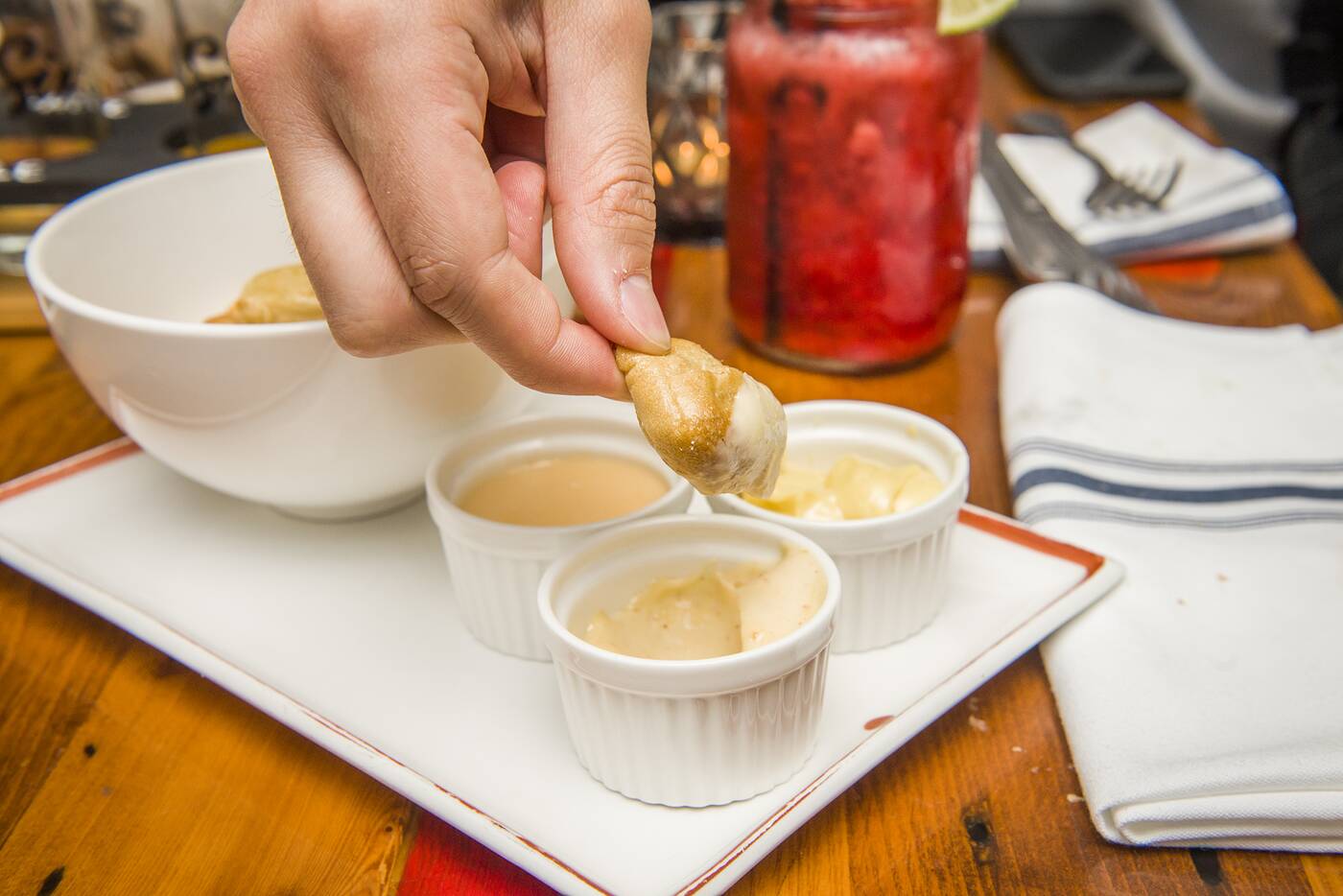 Another standout shareable are the pretzel bites ($7), which are small nuggets of pretzel bread made from the spent grain in the MLT tank that have been soaked for the brewing process. These little bites are served with beer cheese dip, honey mustard and a spicy dip. 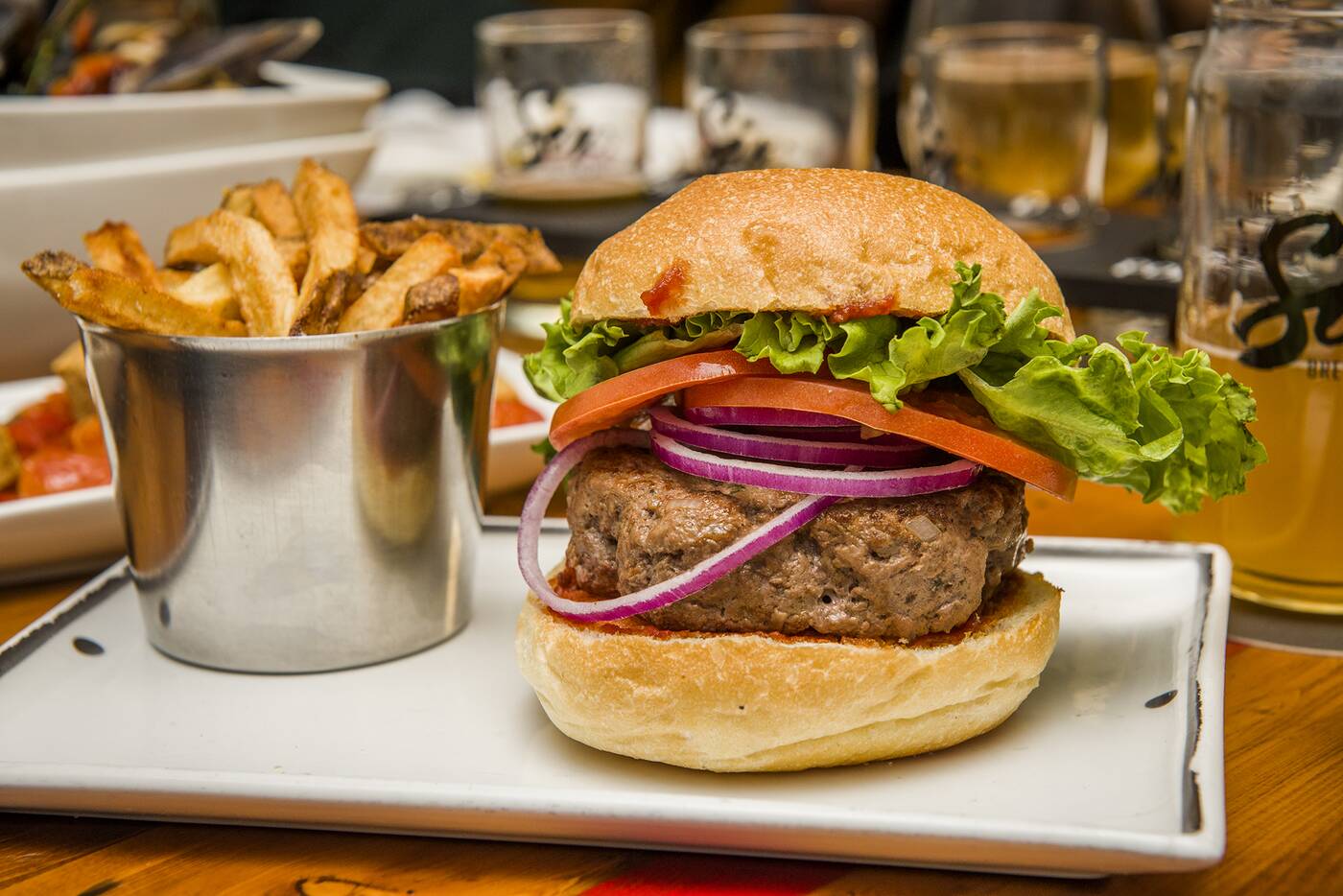 The house ground burger ($17) comes with russet fries and consists of ingredients all made in-house, including the spicy ketchup, which is the highlight to an otherwise common plate. 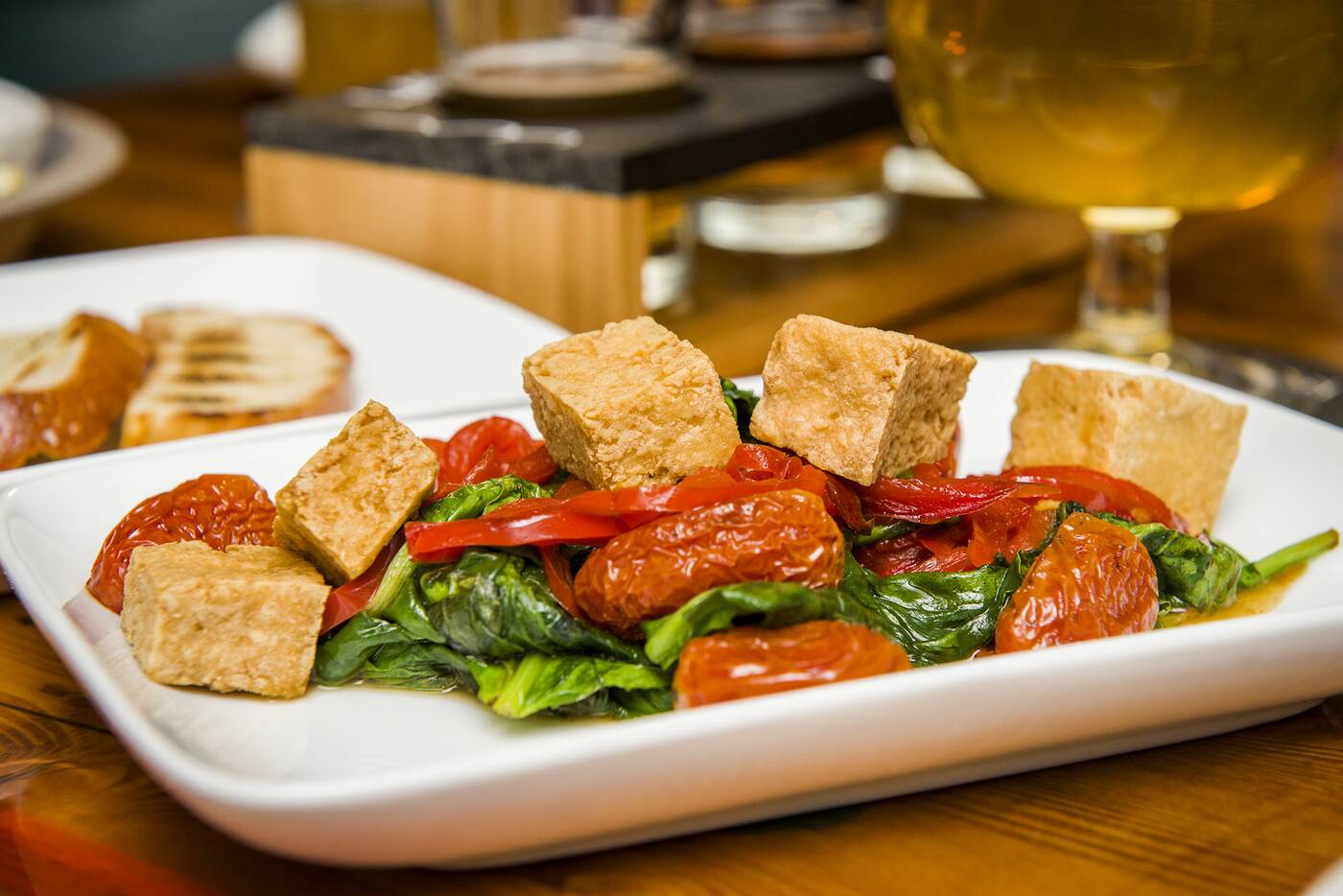 The side of chilli tomato and tofu ($6) is not particularly noteworthy either, but could make for a vegetarian finger picking option to go with the beer. 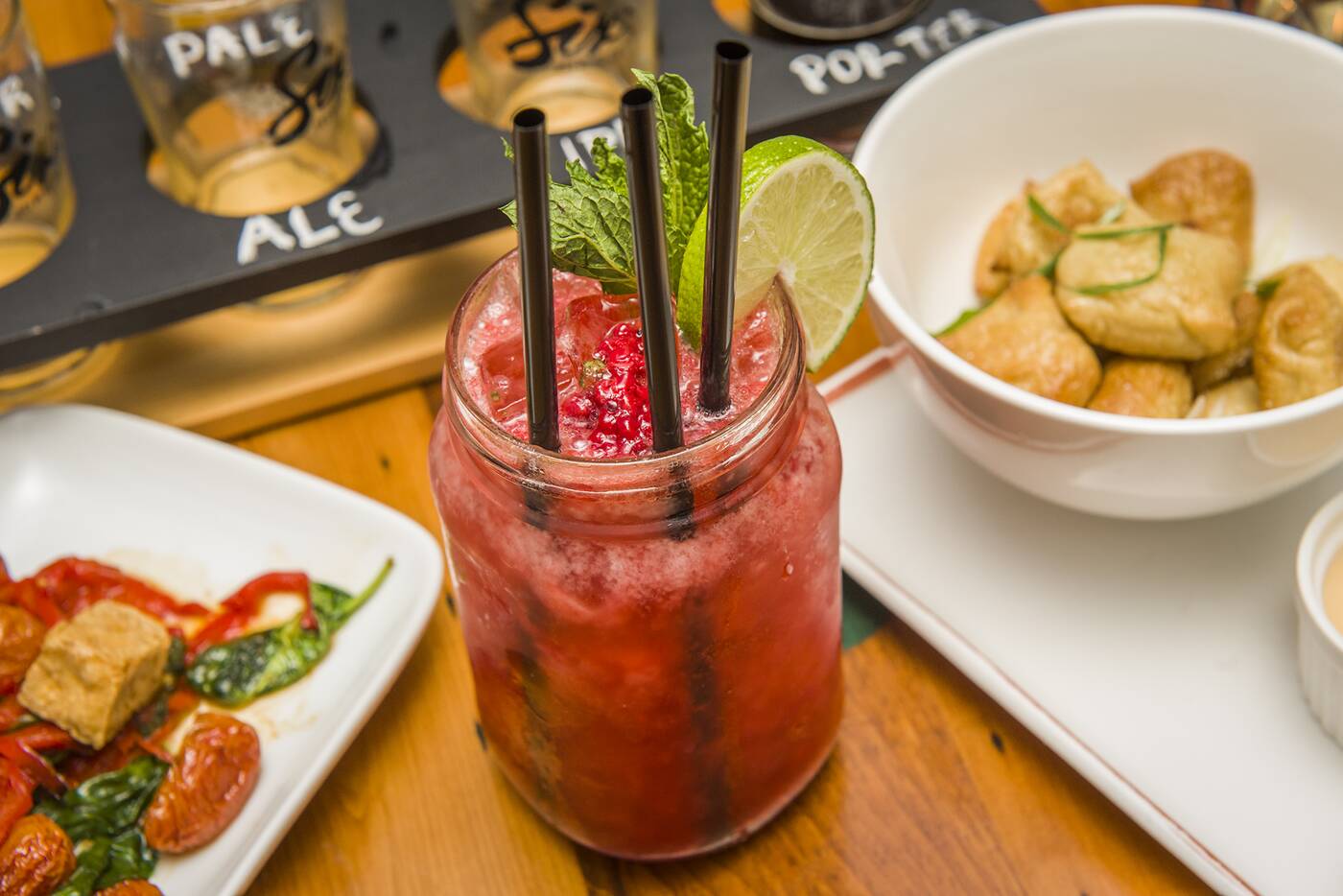 If you're looking for a non-beer beverage, they also have whiskey smashes ($10) and a rasberry mojito ($10) which packs more fruit than rum. 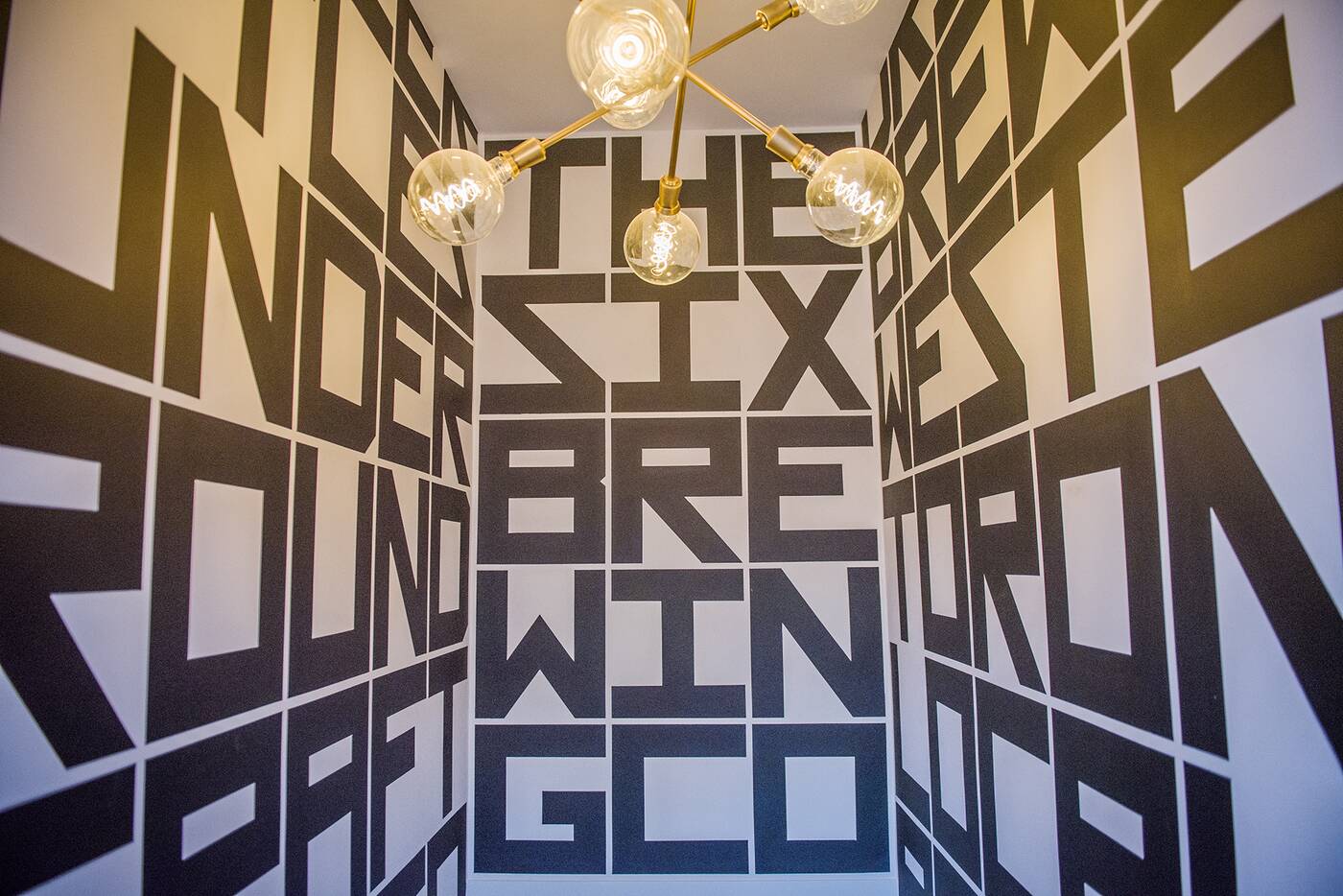 It's clear that this Dundas West spot has tasty, sessionable beers on lock. 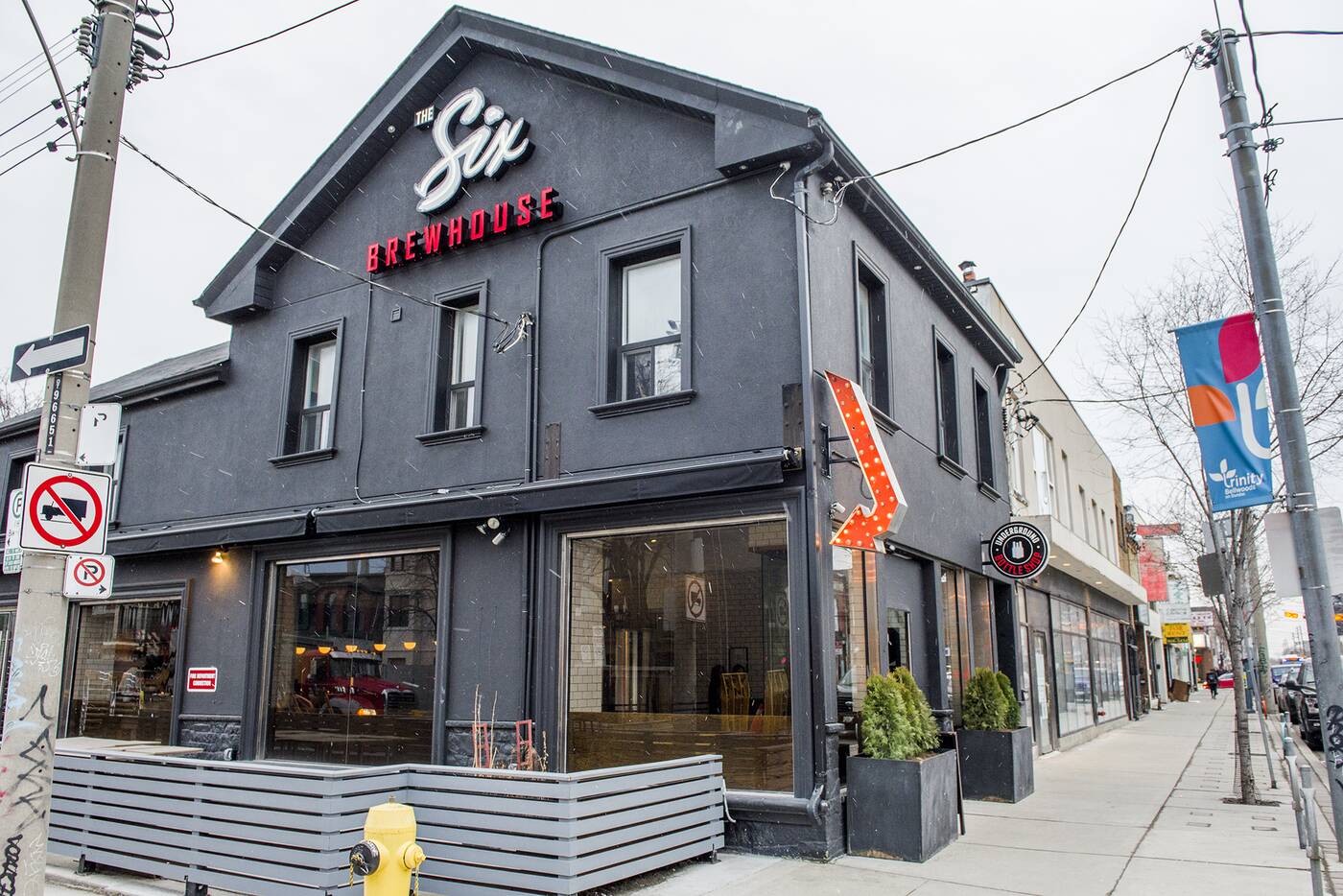