Siri Kitchen is open for takeout, delivery and pickup. There’s hand sanitizer at the counter and masks are mandatory.

A native of Bangkok and owner, Saknarin Ananithikul started cooking more for himself after having trouble finding his favourite Thai dishes when he moved to Canada. 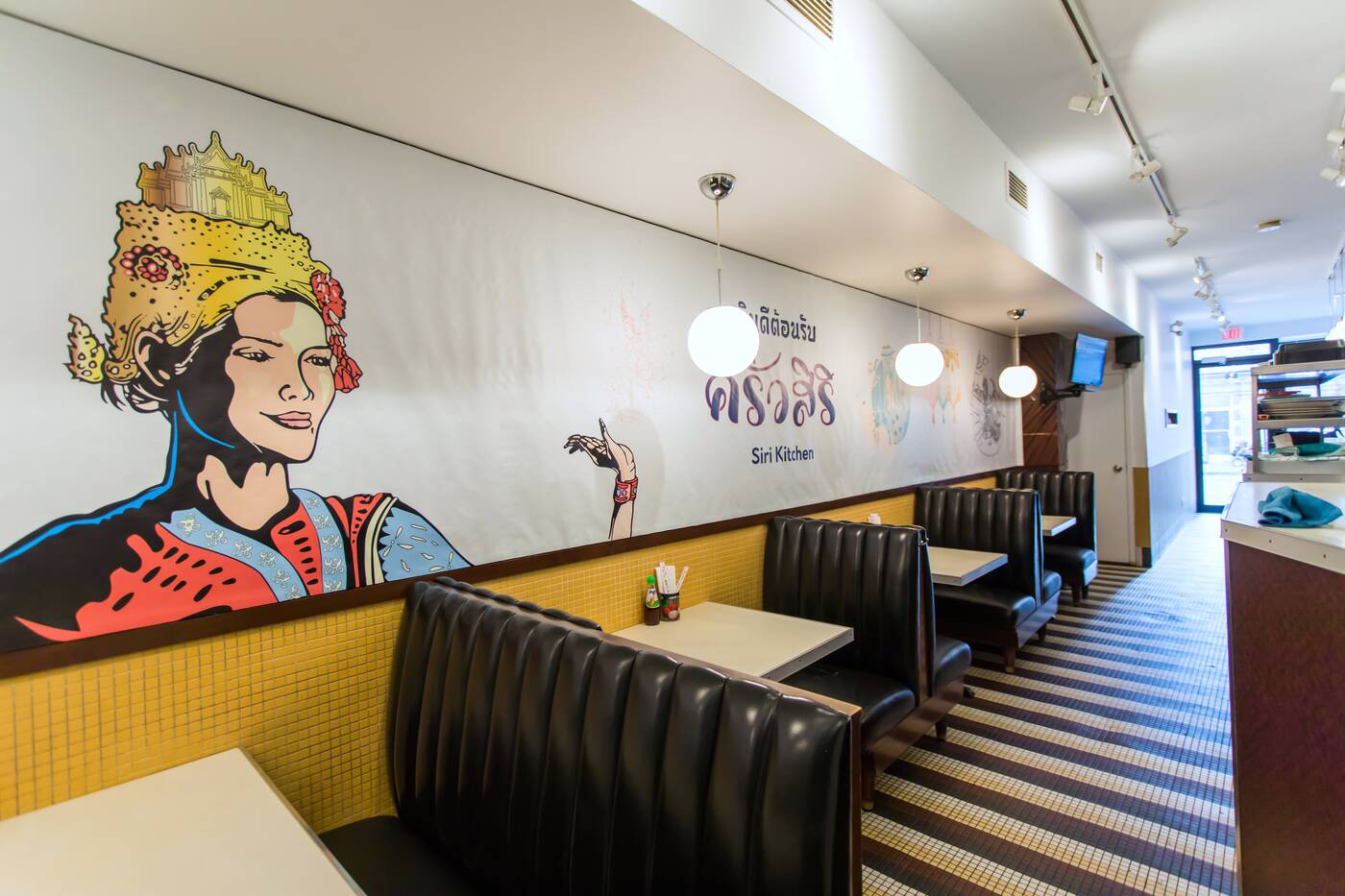 Alongside his two maternal half-siblings who are also from Thailand, he now offers southern Thai dishes, as well as a few dishes from northern Thailand at Siri Kitchen.

The diverse selection of dishes includes Som Tum eSarn Set ($12.99), a northeastern style “pu pla la” or papaya salad. Mixed with salted crab and grilled pork, it hits the spot much more than your typical leafy salad and is served on the side of rice. 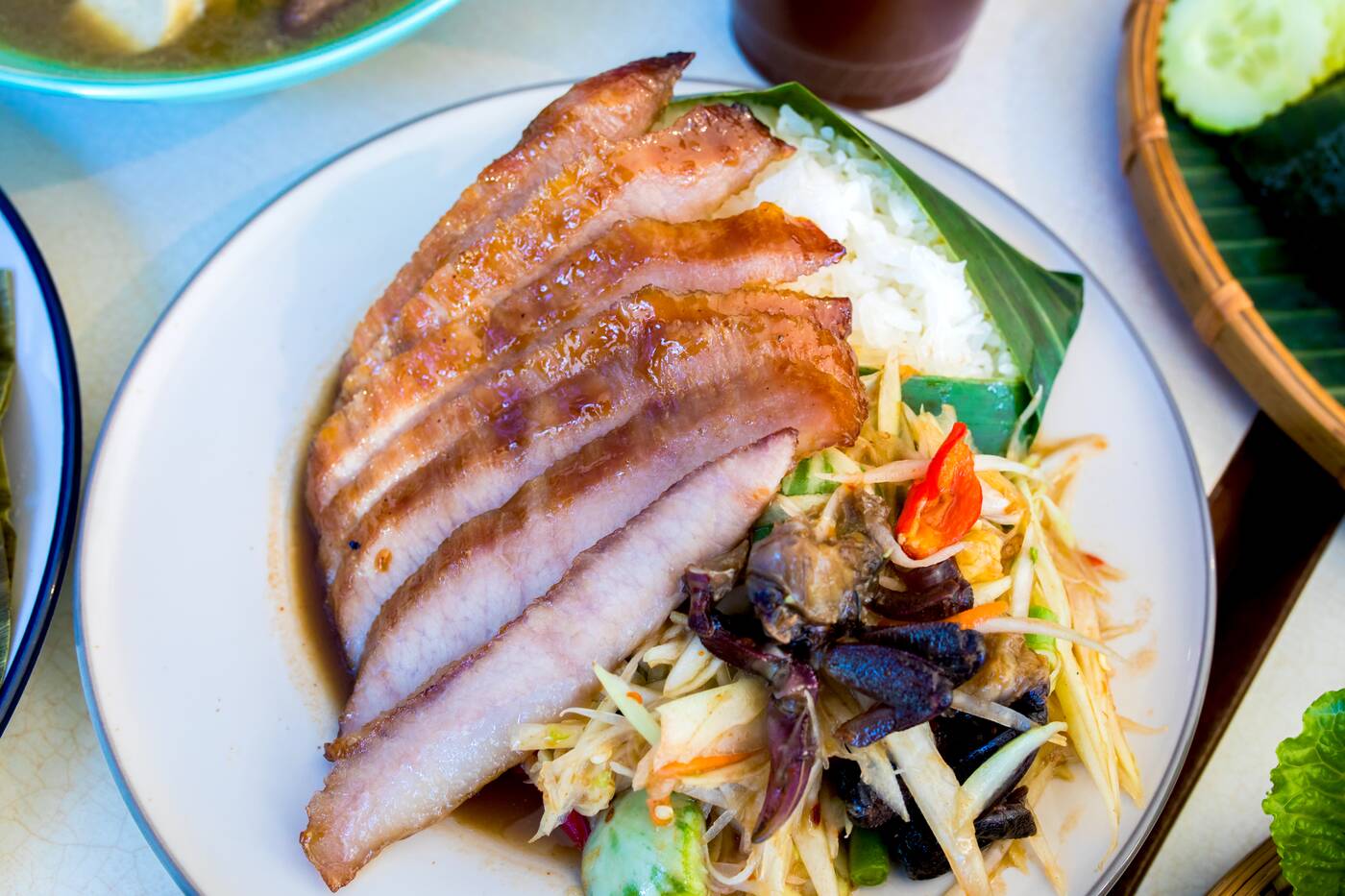 Som Tum Thai is another papaya salad on the menu, which is the more commonly known version to western countries. The tangy and spicy combo of the Som Tum eSarn tends to sell out faster, however. 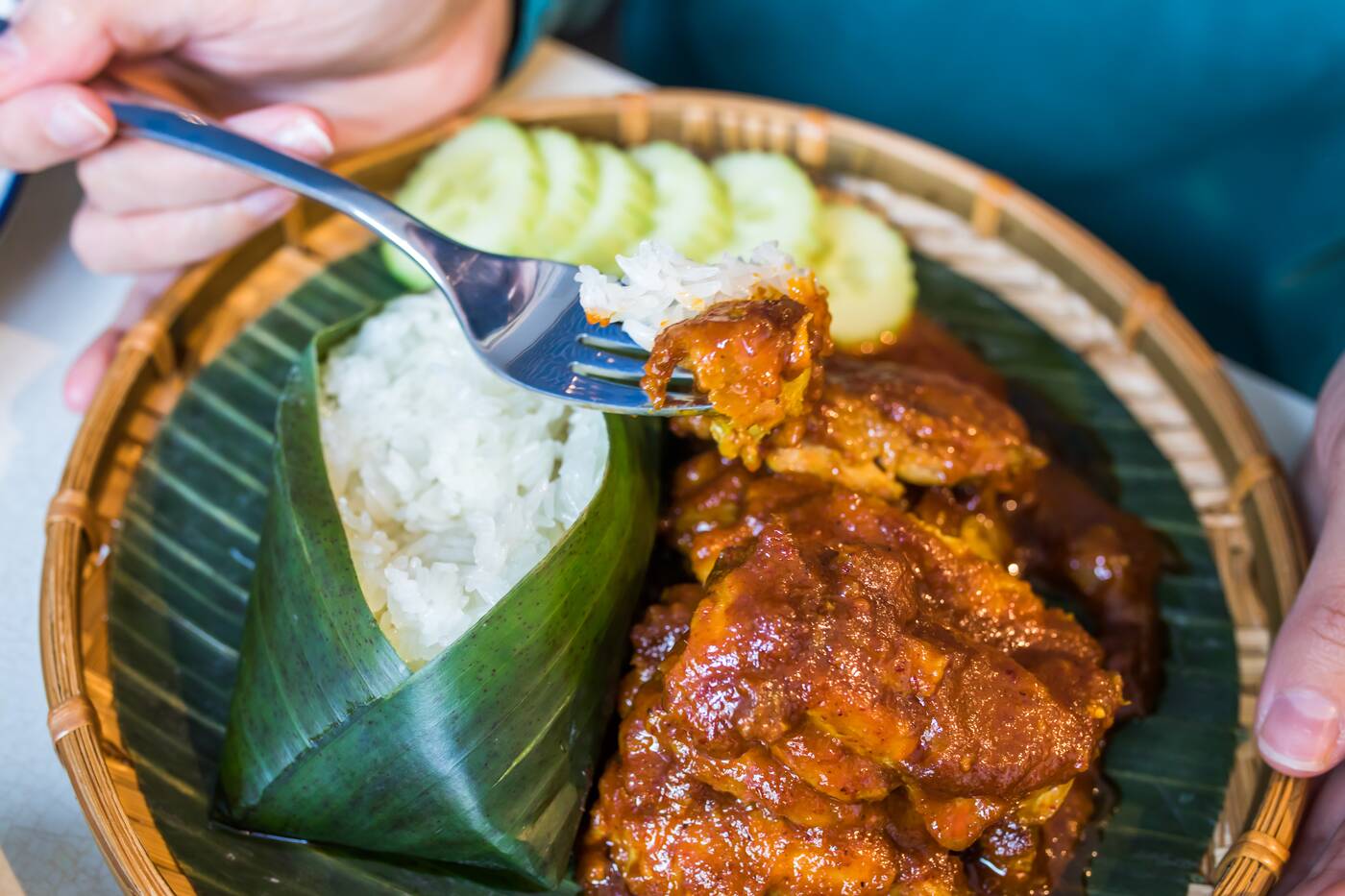 Gai Golae ($12.99) is a popular grilled chicken dish in the south of Thailand for its iconic salty-sweet flavour. The chicken is grilled with various herbs and spices before being marinated in coconut milk and then served over a bed of sticky rice.

Although it's listed as a finger food dish on the menu, the portion is definitely generous enough to enjoy as a main. 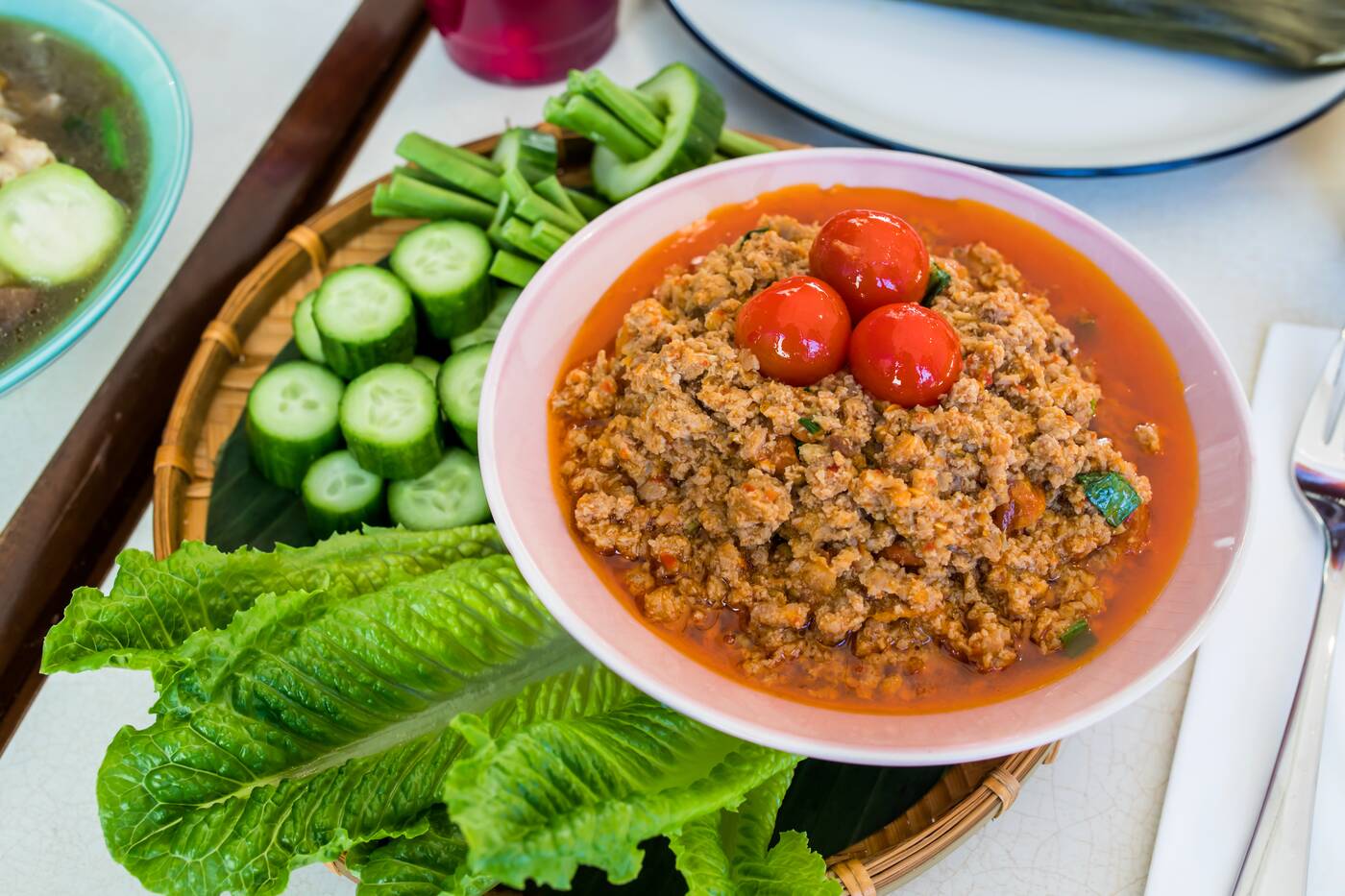 Nam Prik Ong ($12.99 and $15.99 for a larger sharing portion) is a Chiang Mai style curry with ground pork and tomatoes, prepared without coconut milk. The northern dish packs a little bit of a kick with some flavourful spice.

It's served with steamed rice and fresh vegetables like cucumber, cabbage and long beans to offset the heat of the curry. 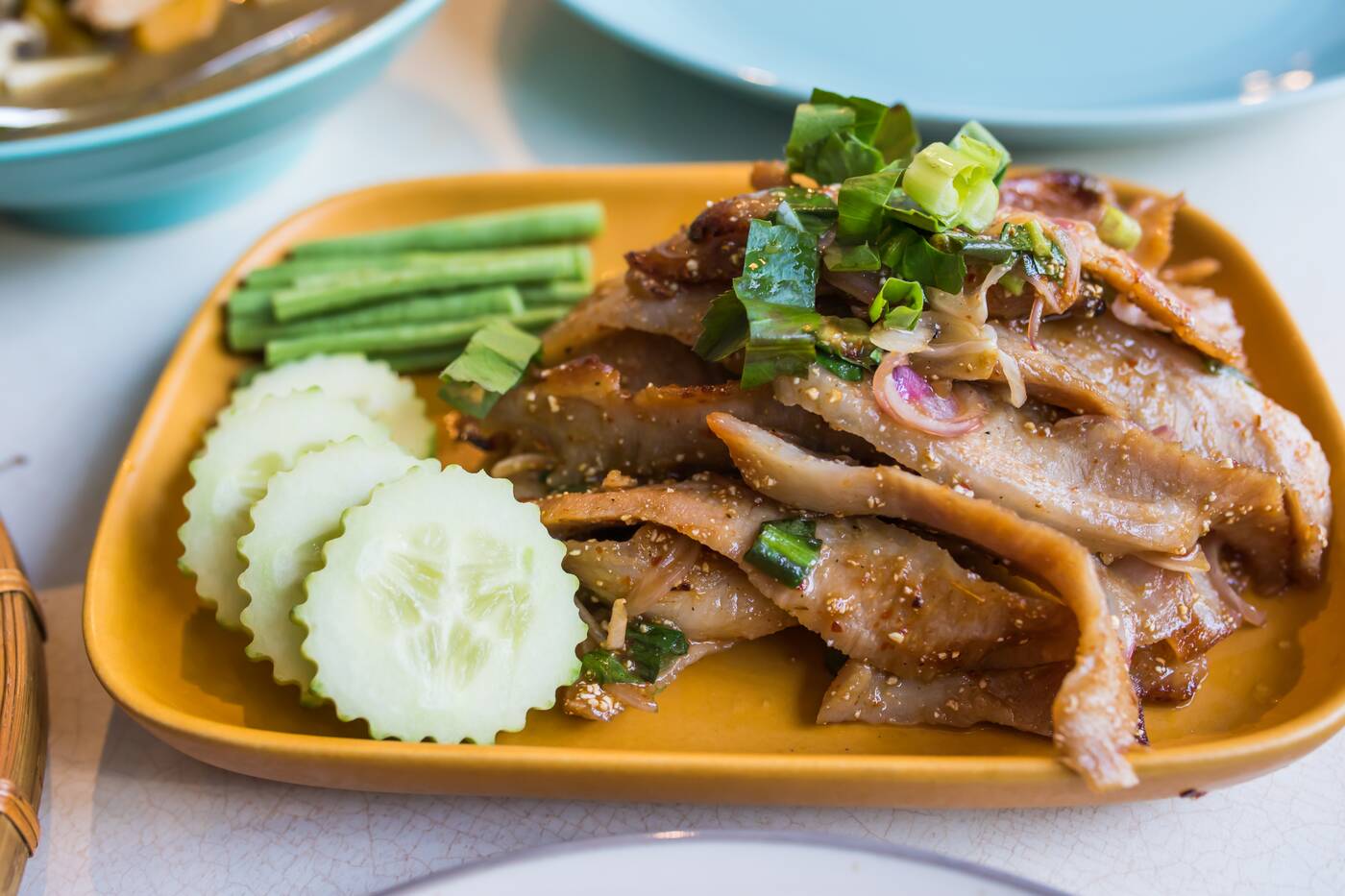 They also cook up a lot of special dishes that aren't included on the regular menu like the northeastern-style Nam Tok Kor Moo Yang ($15.99). 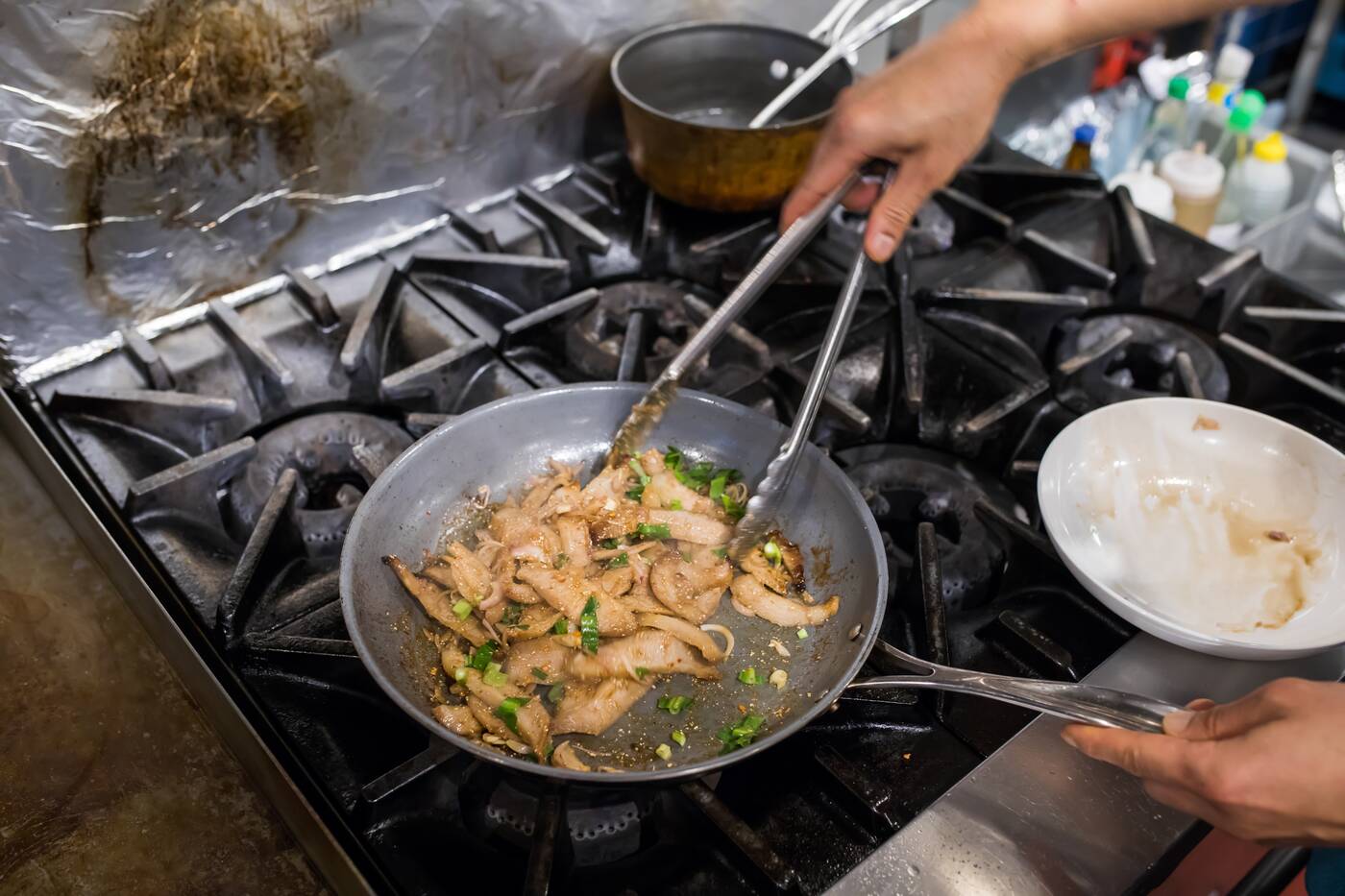 The thinly-sliced pork pieces are grilled in the open kitchen and flavoured with chili powder, sliced shallots, ground roasted rice and lime juice.

You'll also find some refreshing cold teas that are a signature of their home country like the Thai lemon iced tea and Thai butterfly pea lemon iced tea (both $3.99). 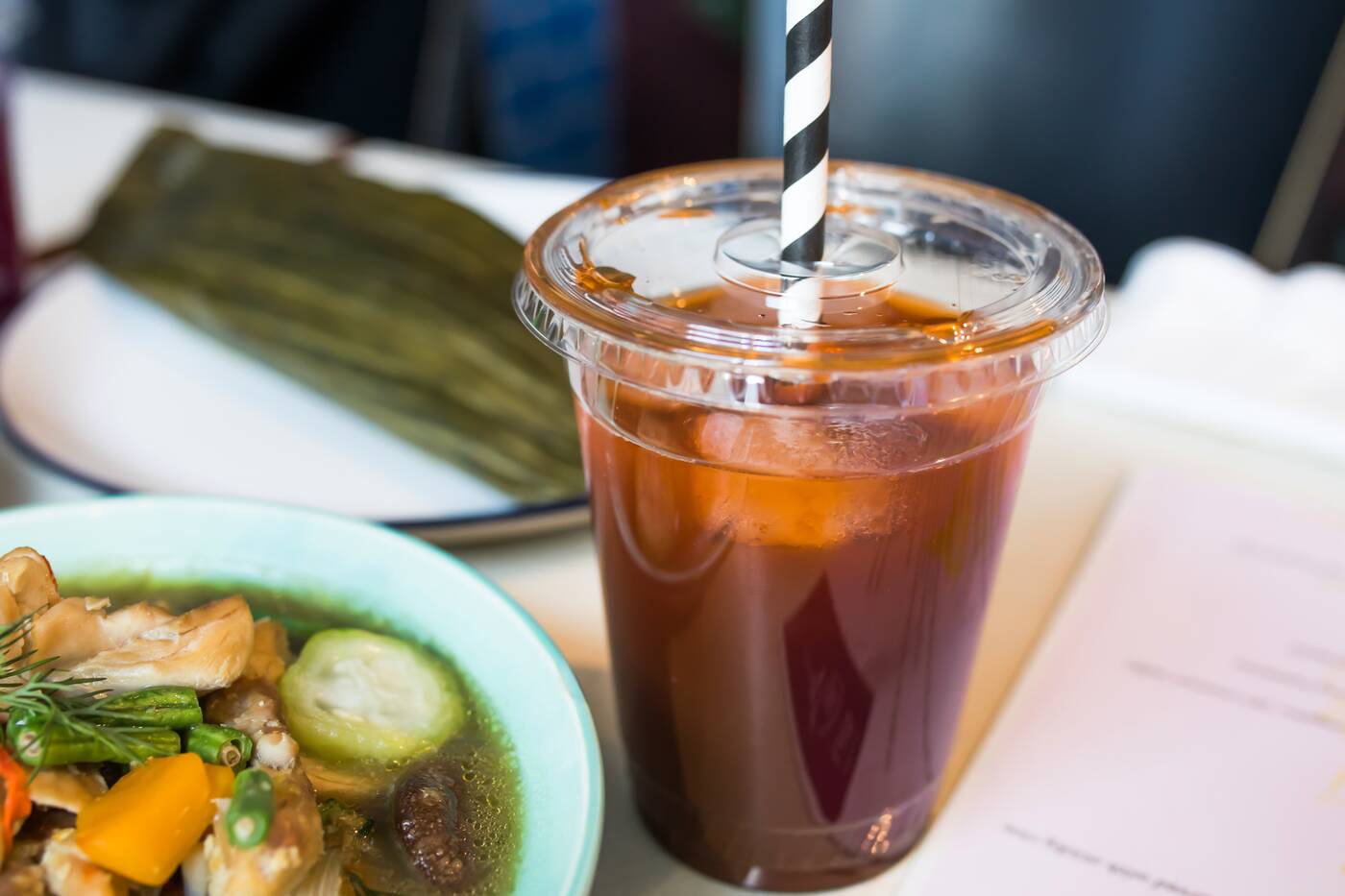 The Thai lemon iced tea is a Thai black tea brewed and mixed with lemon juice. Although it's the same tea that's used to make Thai milk tea, there's no milk added to this. It still offers a creamy consistency, however, and a mix of sweet and sour notes. 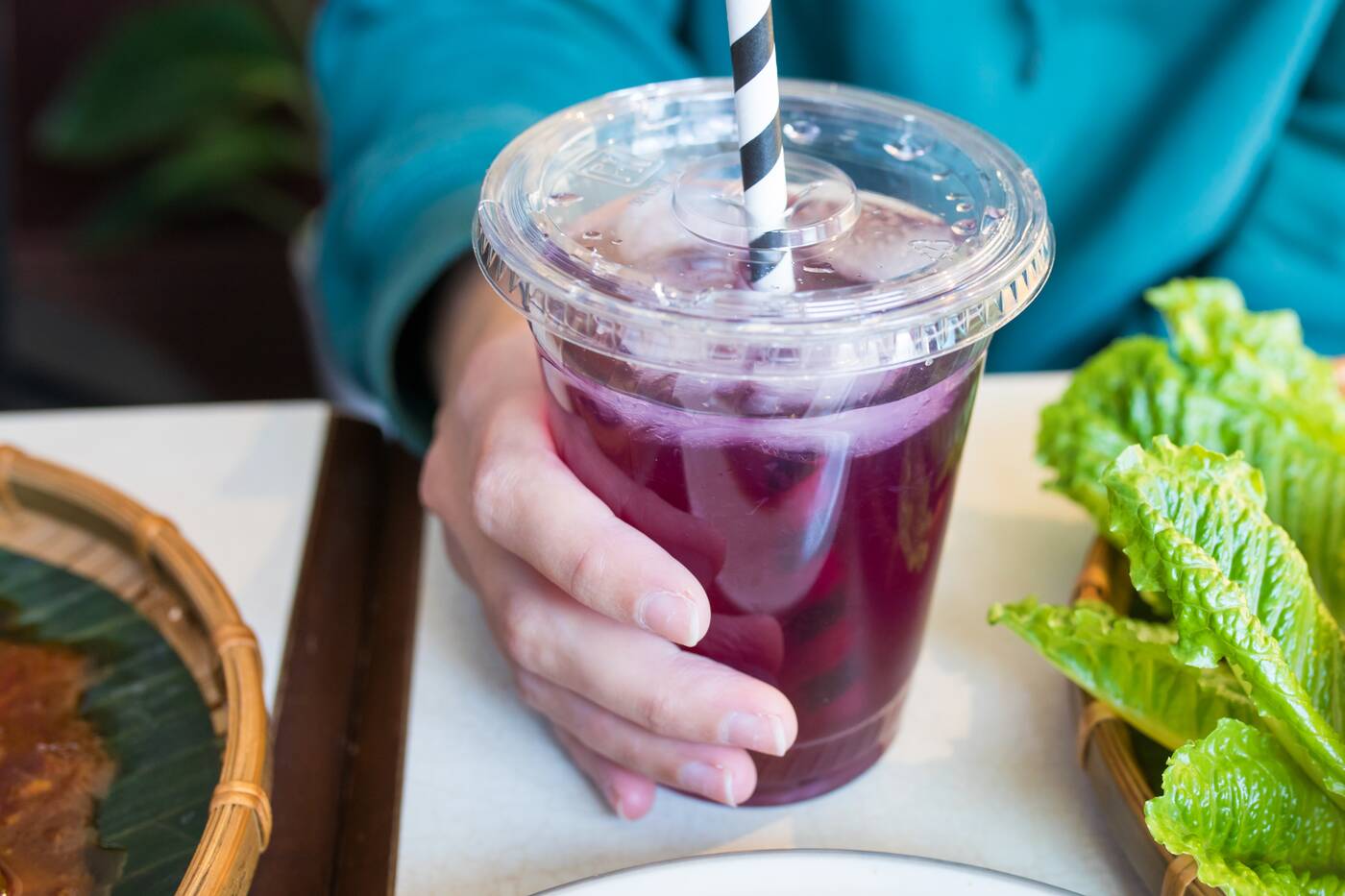 Thai butterfly pea tea is made from boiling the butterfly pea flower to give it that bright purple colour and its sweet and citrusy flavour.

Though Apple's virtual assistant may be the first thing to come to mind when you hear the name of the restaurant, it's actually been a commonly used name in Thailand for hundreds of years and means prosperity, victory and beauty.

These are three words that could also be used to describe the extravagant woman on the restaurant's interior wall, which was actually designed by Ananithikul.

The graphic poster pasted in the window at the entrance depicting the Democracy Monument, The Royal Grand Palace and a traditional Tuk Tuk among other typical places and things you’d find in Bangkok, was also personally designed by the owner as a homage to his birthplace. 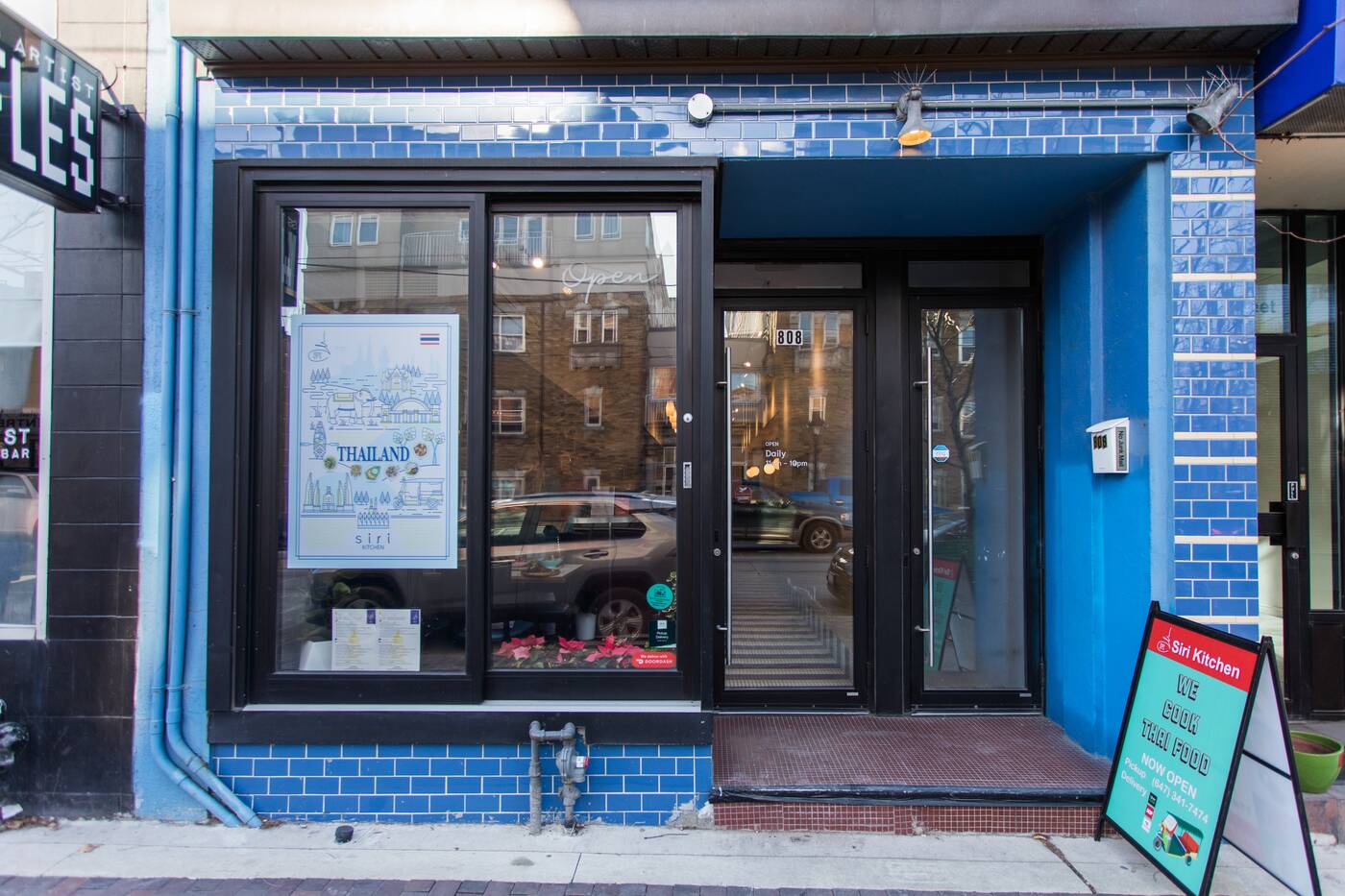