The place was cozy, candlelit, with a bold colour scheme that warmed the stark white paper on linen covered tables - most of them taken. It wasn't our first choice; The Siddhartha Pure Vegetarian down the street was closed for a private party, but we were happy with this alternative (both are related to the King Street West location). The decor and the impressive looking dinner buffet ($12.99) everyone was having, won us over. 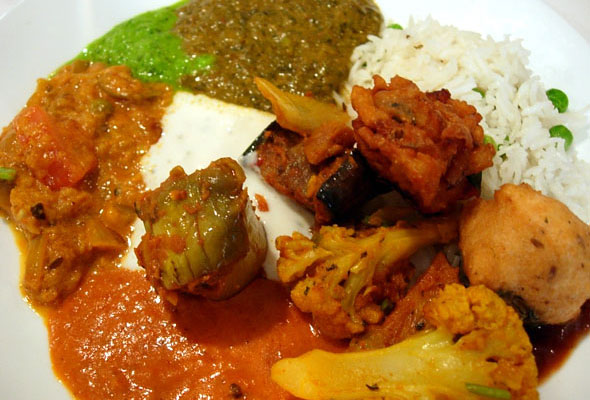 The hot bar had the usual suspects, and plenty of them were vegetarian. I tried to taste everything, but stopped at a prudent two plates. Of the dishes I did have, most of them met my expectations. 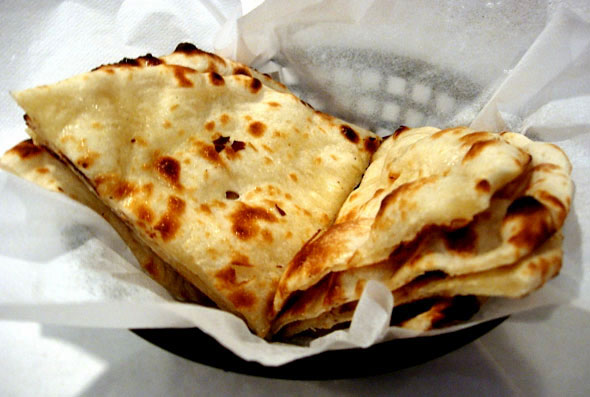 The naan was fresh, soft on one side, crisp on the other. The basmati rice was fluffy with a touch of oil to keep the grains separate. Mattar paneer, which I never order as I'm not a fan of peas, was surprisingly my favourite. The chunks of white cheese curds were a good-sized cubic inch, softly rich and not rubbery, adrift alongside peas (neither mushy nor starchy) in smooth gravy. The cauliflower and potato in the aloo gobi were tender but firm, mildly spiced save for the perfumed crunch of an occasional ground spice. Also quite good was chicken tandoori, its flesh moist, the baked-in sauce smoky sweet, akin to barbecue sauce. 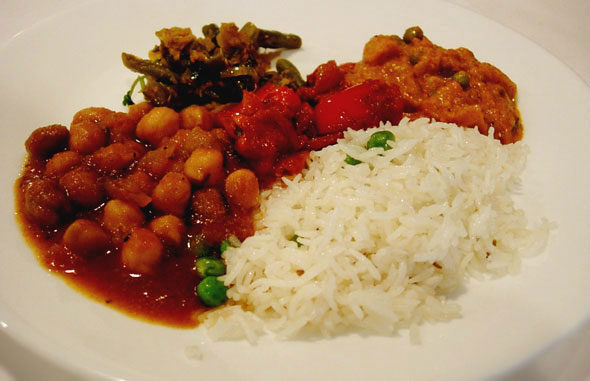 Much too sweet however, were both the sag paneer and the butter chicken. We all thought this was odd, as none of us have ever had either dish tasting sweet at all. Adding a spoonful or two of the raita (from the salad bar) toned this down and provided a touch of tang. The other two dips: mint and tamarind, went well with the fried pakoras and potato fritters. 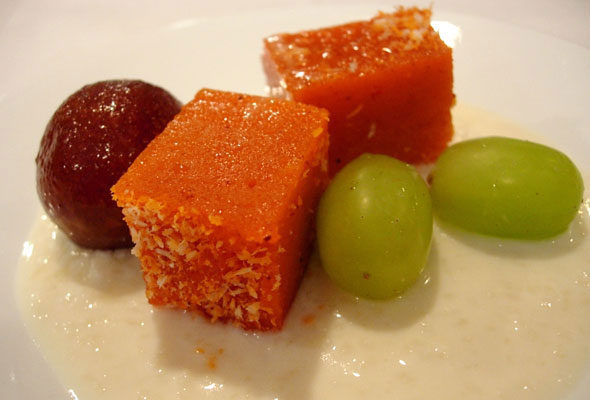 As for dessert, the gulab jamun (syrupy dumplings) and kheer (rice pudding) were pleasingly sugary last bites to the meal.

With so many choices of similar places along Gerrard, it's good to know that if in search of temperate atmosphere and service, this is a place that can be counted on. Despite the misses, there were definitely hits that merited a return to try the a la carte menu.