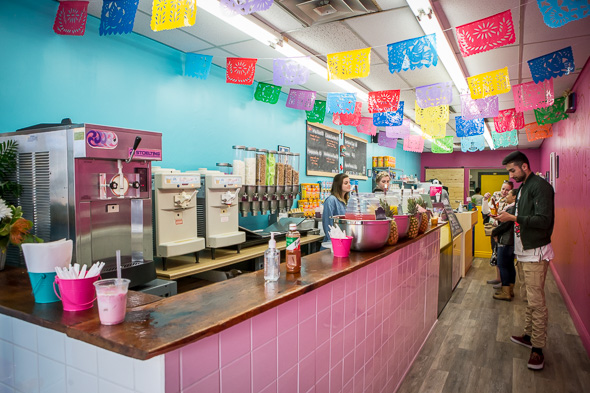 You can find it right across the street from Reihl's famous taco joint . But it's not just about aesthetics here; put simply, the desserts are downright delicious. 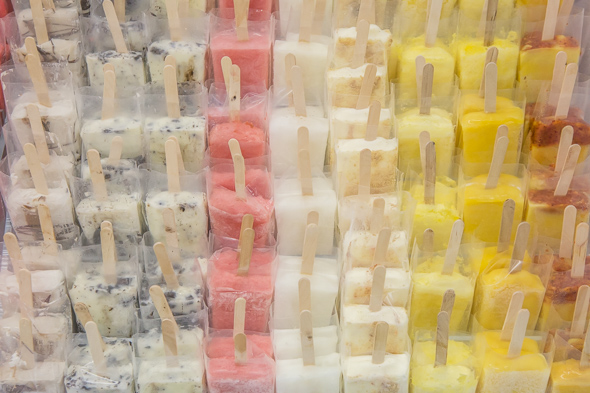 Reihl and his team make all of their paletas ($3.25 each) in house. Flavours include relatively standard options, such as strawberries and cream, lime-kiwi and watermelon as well as decadent-sounding popsicles infused with froot loops, dulce de leche and Mexican chocolate. 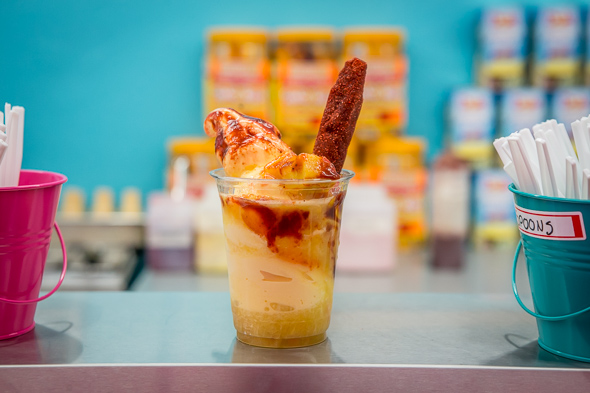 If you're looking for something more substantial, try the Mangonada ($5). It comes filled with dairy-free mango soft serve, mango juice, fresh mango chunks and homemade chamoy sauce - a delicious apricot, chili and lime syrup. A sweet and spicy tamarind straw ties the whole creation together and makes for a tasty stir-stick. 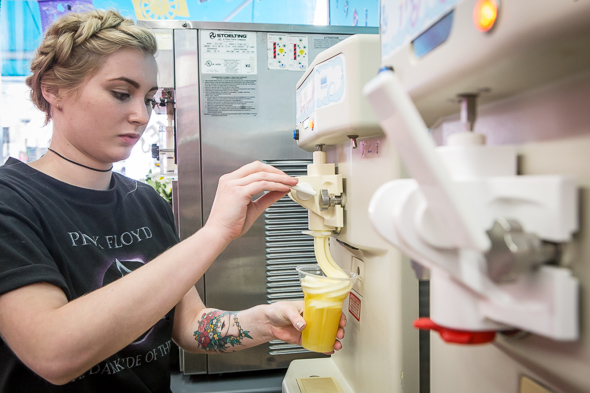 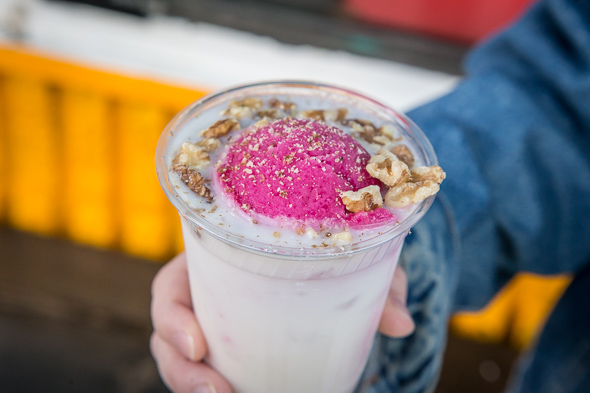 After a visit to Oaxaca, Mexico, Reihl wanted to introduce Toronto to one of the region's classic drinks. He's now doling out colourful cups of Horchata con Tuna ($5) - and don't worry, no fish were harmed in the making of this treat. Tuna means prickly pear and Seven Lives whips up its own magenta prickly pear and tequila sorbet. Sip it as it melts into glass of cold horchata. 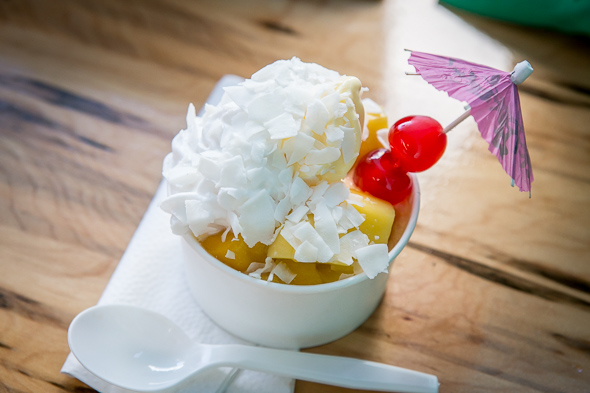 Many of Seven Lives' desserts are vegan, but that wasn't intentional, says Reihl. Luckily, herbivores can indulge in most menu items, including the Colada Sundae ($5), which features pineapple soft serve, coconut whipped cream and coconut flakes for a fun take on the beachy, frozen cocktail. 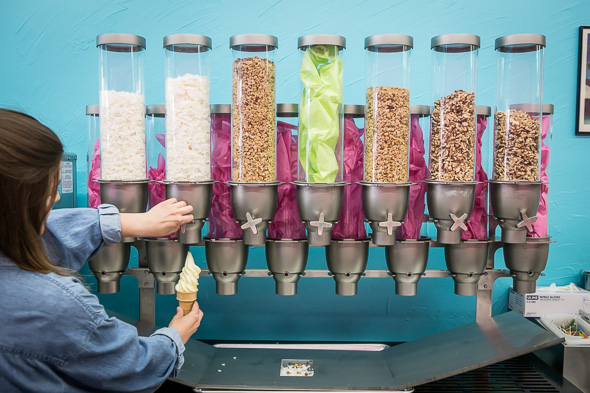 You can also grab a cup (or cone!) of soft serve ($3) and get it topped with foodstuffs like coconut flakes or froot loops dust if you're feeling five again.

While slurping up the last of my Dole Whip float, a few people wander in looking for tacos. But it won't be long until Seven Lives Paleteria becomes a destination of its own. 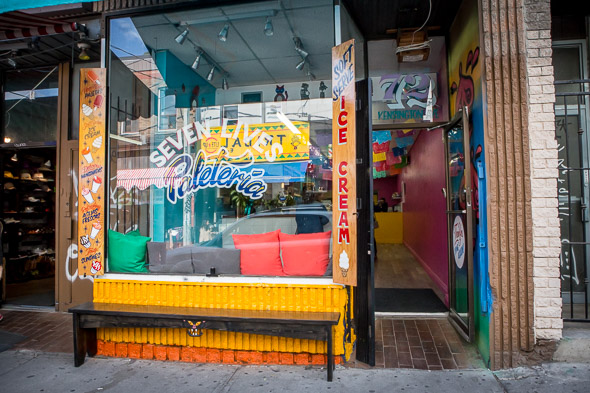