Sazerac cocktails are the latest prohibition speak-easy style cocktails flooding lounges, and the bar which borrows its name serves them up in fine style. Located in the epicentre of entertainment (depending on whom you ask) that is King and Bathurst, Sazerac aims to fill a void in the ever changing area.

Decent cocktails and imaginative sharing plates, coupled with rotating entertainment, and not just DJ's, but comedy, jazz nights and everything in between. The menu is somewhat bi-polar, manager Scotty Daté acknowledges that the menu isn't all New Orleans Cajun/creole food, unlike the restaurant's name, and that King Street West people usually prefer to eat something familiar (especially when they're washing it down with booze laden potions). 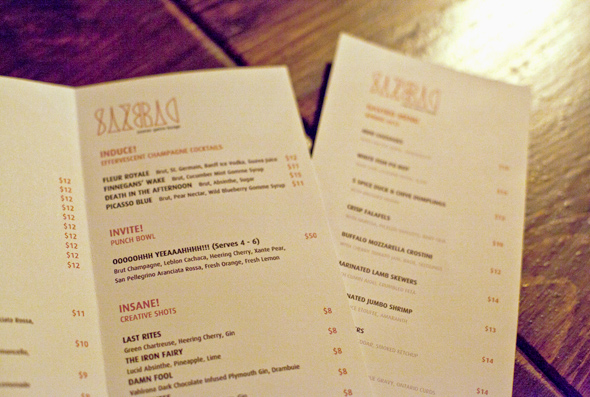 We ordered up a round of cocktails with our waitress 'Sparkles' (real name, really suits her). Sazerac ($12) is the house game, and it doesn't disappoint, especially if you're into an entirely boozy cocktail with not much in the way of mix. Served traditionally with the lemon twist for garnish it relives the era of its birth, as a cure all to anything that ails you. The Mr. Marc Etting ($11) is an imaginative and well balanced concoction with vodka, triple sec and absinthe mist replicating a fruity juice based Jägermeister drink. Next time I'm celebrating with mates I'd love to try the 'Oooohhhh Yeahhhhh' ($50) which is basically a fish bowl of a drink for you and 4 other friends.

Chef Rob Green (previously at Ruby Watchco ) helms the kitchen at this 'gastro lounge'. Vegetarians are not completely left out, just likely frustrated at the singular menu option for them (Falafels $10). Meat and fish choices are the mainstays here, and at most plates ringing in at about $14, it's a good way to try most things on their short menu.

Freshly back from a trip to New Orleans I was hell bent on eating more Cajun food, and the White Fish Po' Boy ($14) hit the spot. Served on a Kaiser with tangy coleslaw and lime scented cayenne pepper mayo, it was light and satisfying at the same time. I loved the lime and mayo garnish and the toasted bun gave it a nice texture contrast against the delicate white fish. 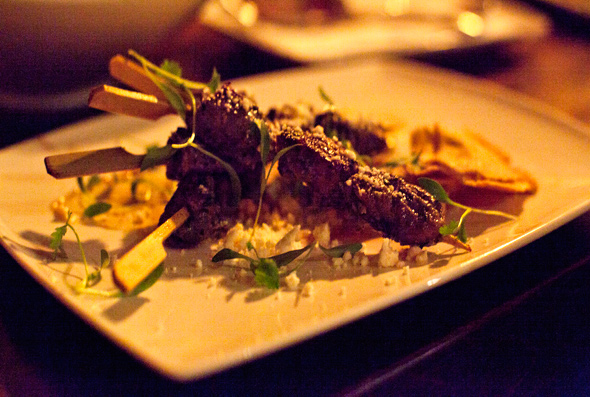 The Marinated Lamb Skewers ($14) were succulent, tasty sticks of meat, making them easy to share as well as swirl around in the garlicky cumin aioli. The feta added a crumbly component to the dish and the pita was a nice addition. They really let the ingredients shine, lamb is always better when it's prepared simply. 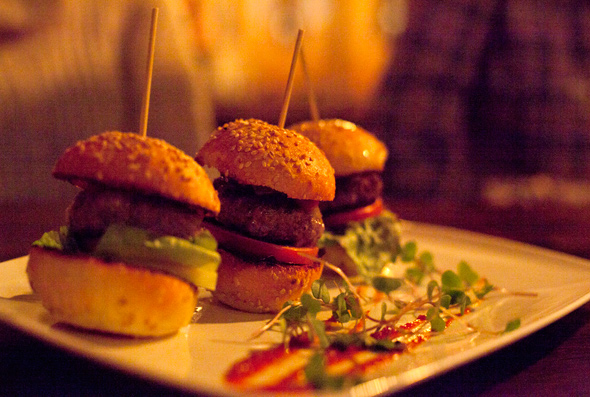 Beef Sliders ($14) came three to an order, which made it messy to share amongst the four of us, but worth the extra napkins. Simply dressed with aged cheddar and smoked ketchup, tomato and lettuce, they were pretty tasty but not as adventurous as the po'boy. This is definitely where the menu becomes geared to the King West clientele. 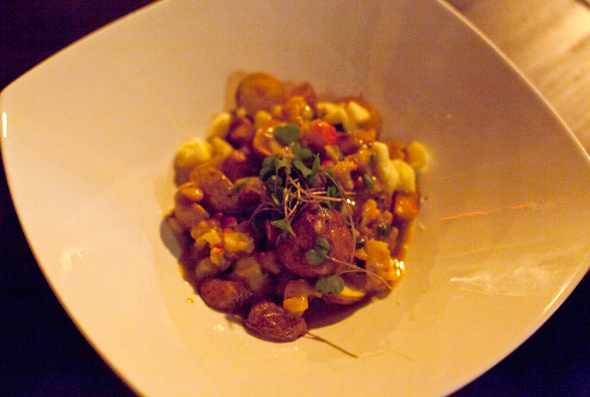 The Lobster Hash ($14) is more New England than New Orleans. The lobster lost its subtle texture amongst the dense potato hash and the tarragon gravy all but masked its light flavour. I could have been eating shrimp, the lobster was just lost amongst all the ingredients. 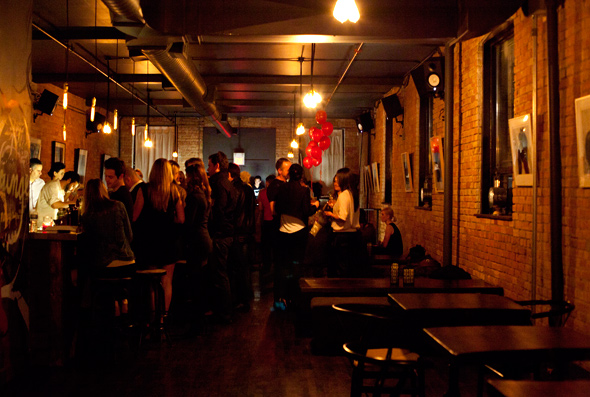 I must admit it's the little things that got me. The garnishes were all fantastic and plates were well dressed. Buns were toasted perfectly, slightly charred but still soft on the inside. Service is friendly and stylish, and the open concept loft style suits the lounge atmosphere. 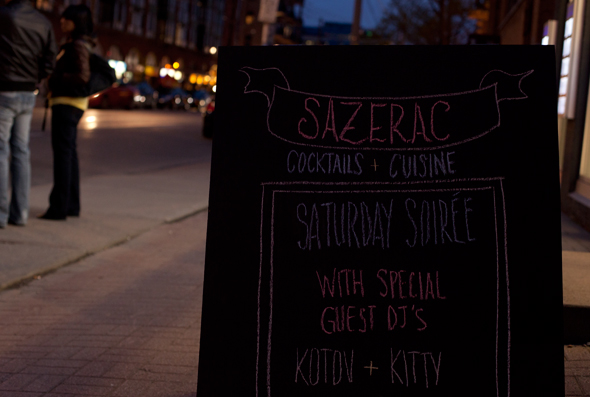