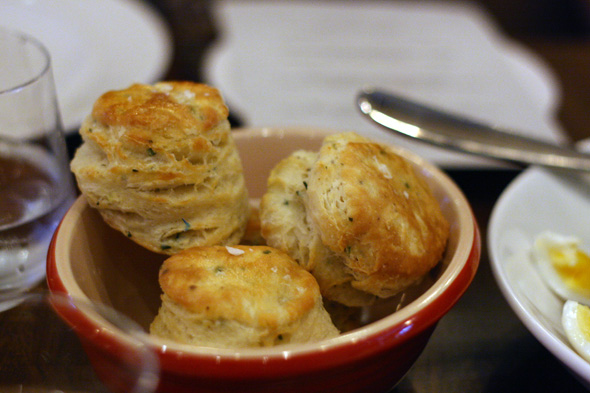 Dinner features a salad course, a main with a variety of sides, a cheese course and a dessert ($49). It's all brought out family-style, so everyone at the table serves themselves from big common dishes. It's a neat idea, but one that only works when patrons can trust that their dinner is in good hands. Fortunately, the chef has the goods to back it up. 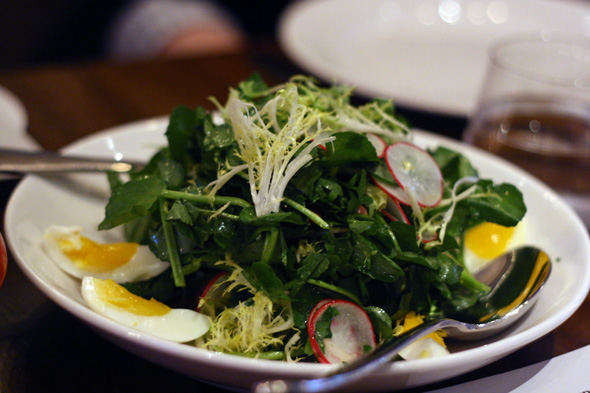 On our visit, the meal started out with a bacon and egg salad with a shallot herb vinaigrette, soft and creamy slow-cooked eggs, radishes and tasty little slivers of bacon. I hadn't expected much of the salad course, but it won me over. Bacon has a tendency to do that.

Our main course was incredibly tender organic BC salmon with nothing more complicated than grilled lemon, some fresh pea greens and a sprinkling of coarse salt for seasoning. Two things were clear from this dish: first, the kitchen staff take their ingredient sourcing seriously. Second, someone in the kitchen really knows their way around a piece of fish. 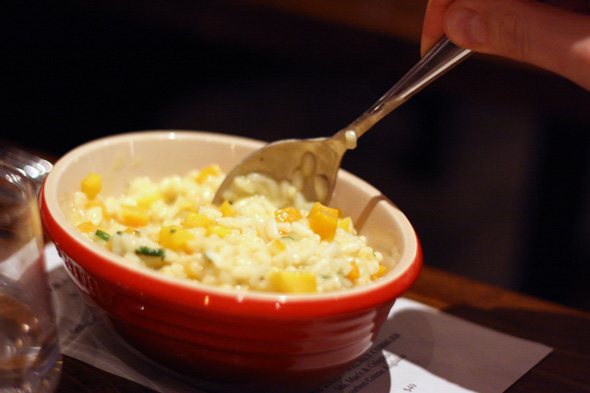 The featured side dishes included grilled broccoli, a bowl of green beans and beets, and a rich butternut squash risotto. Again, the focus was on simple preparation and earthy, Ontario-centric flavours. 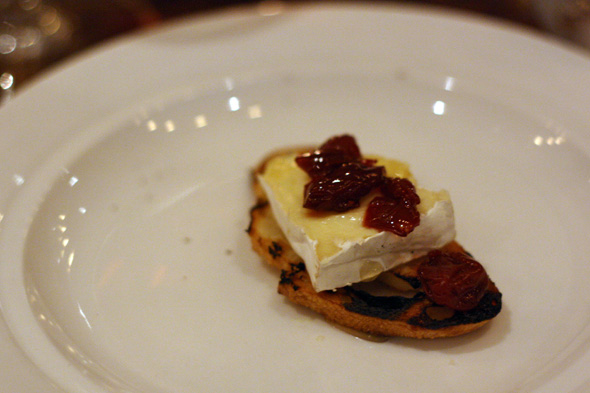 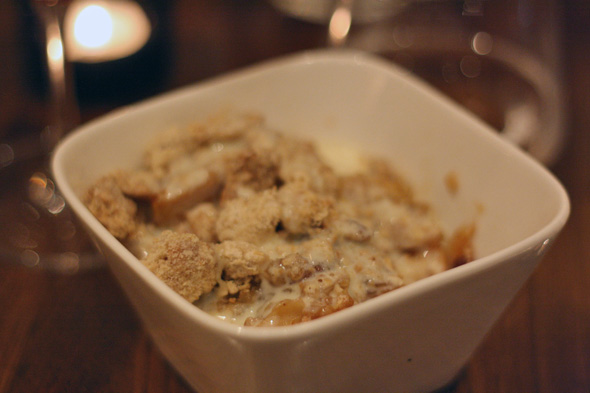 Dessert was apple raisin walnut cobbler with bourbon crĂ¨me anglaise. We had a few nut allergies at our table, so our version came without walnuts. The cobbler was subtly sweet, with crisp, thin apple slices. It was a fine cobbler, but it was overshadowed by the clean, fresh flavours of the earlier courses. It could also have been that everyone at our table was so full from polishing off every bit of food we'd been served up to that point that the big dessert serving was just a little over the top.

A daily menu is a creatively challenging format for a chef to sustain over the long haul, and there has been talk of Ruby Watchco eventually offering an a la carte menu, so those who like the blink-and-you'll-miss-it appeal of the prix fixe menu should get down to Ruby Watchco in short order. 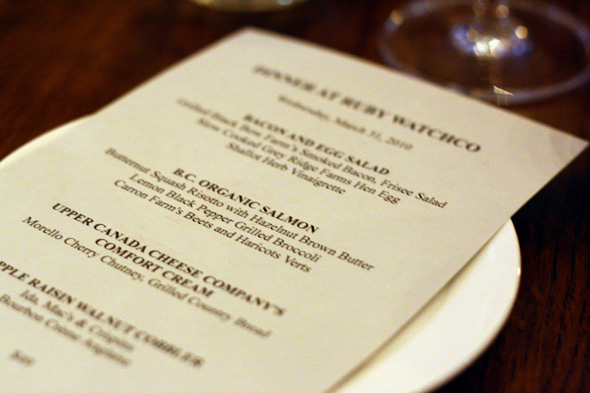 The kitchen staff seemed happy to accommodate allergies and/or dietary restrictions without a fuss, though because of the limited nature of the menu, it's best to let them know ahead of time. 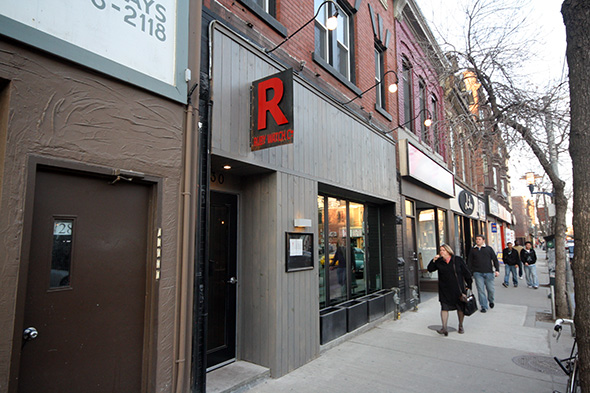