R&T Eat Nice serves your Jamaican classics like oxtail, steamed fish and curried goat, plus, meals of chicken – curried, fried, jerk – will only cost you five bucks any day of the week.

Situated at Oakwood Avenue and Vaughan Road, bright tones of yellow, green and red fill the restaurant with a few booths for seating. Toward the back is where you'll find a hot plate of daily food offerings. 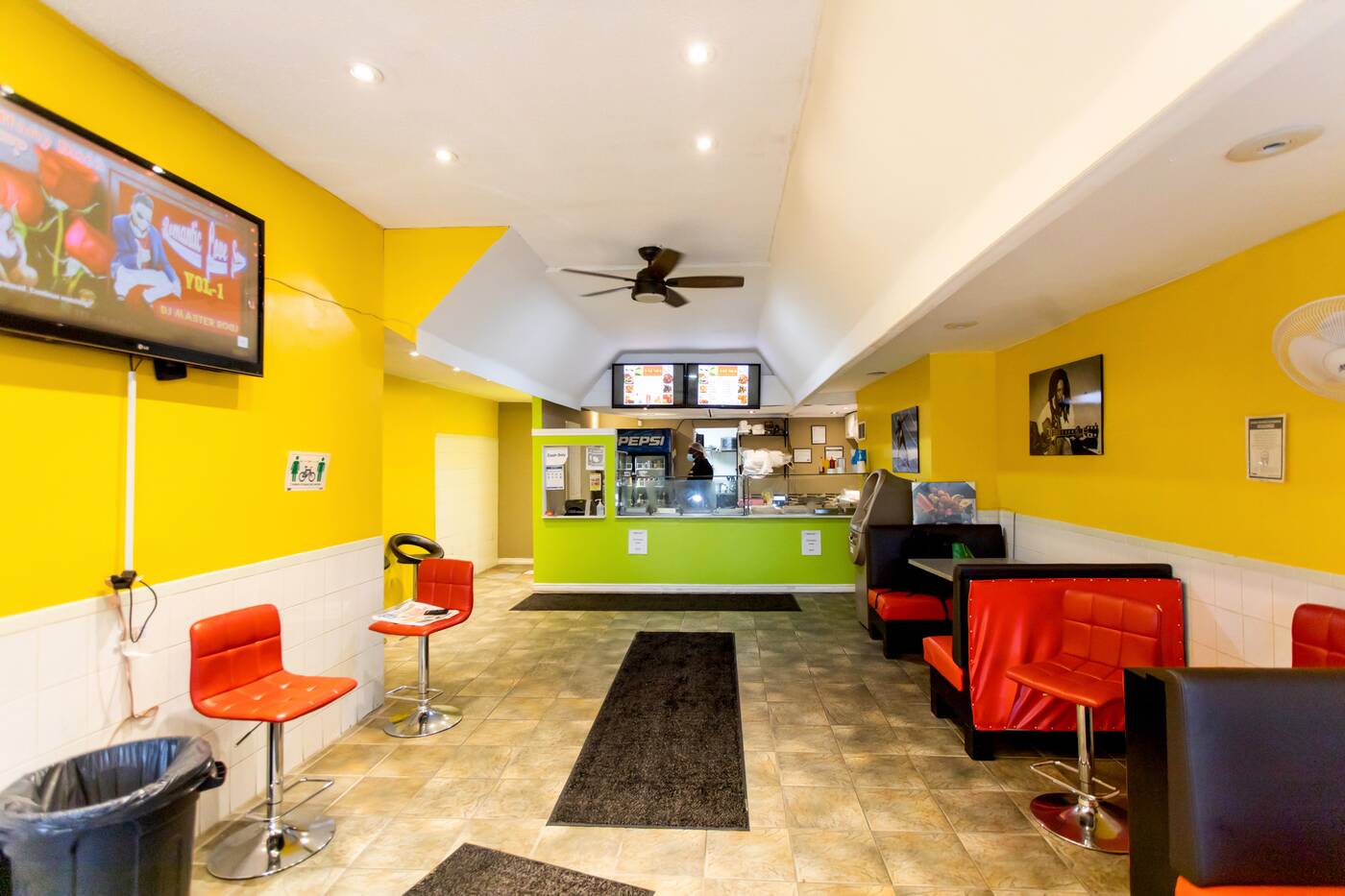 The no-fuss spot that accepts only cash seems to fit in well with a neighbourhood full of delicious lunch and dinner options. 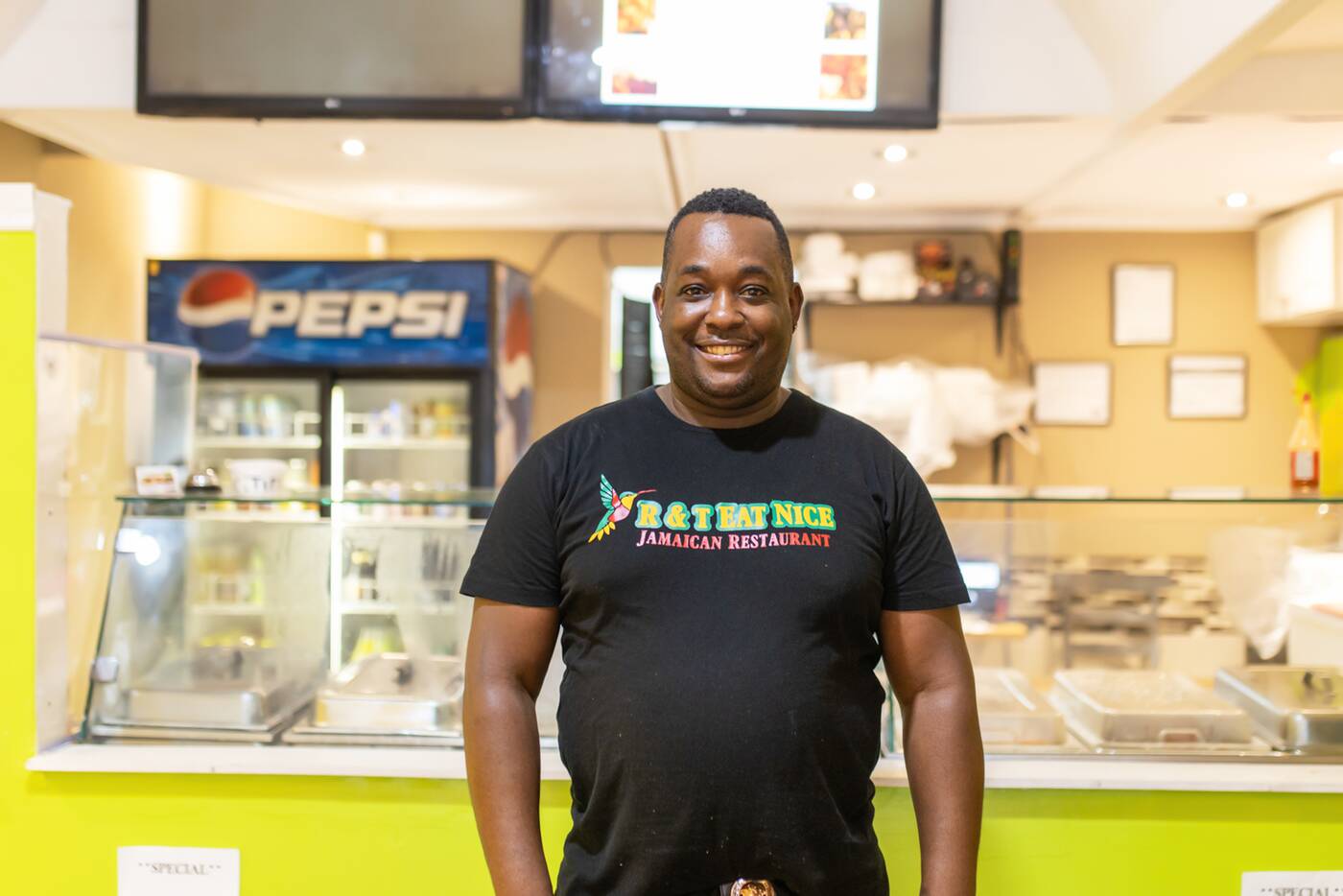 That's because it existed well before this storefront – Ralston Harriott started R&T as a weekend catering business from his home upon the request of his friends and family. Eventually, he was whipping up around 50 to 60 hot meals every Friday and Saturday. 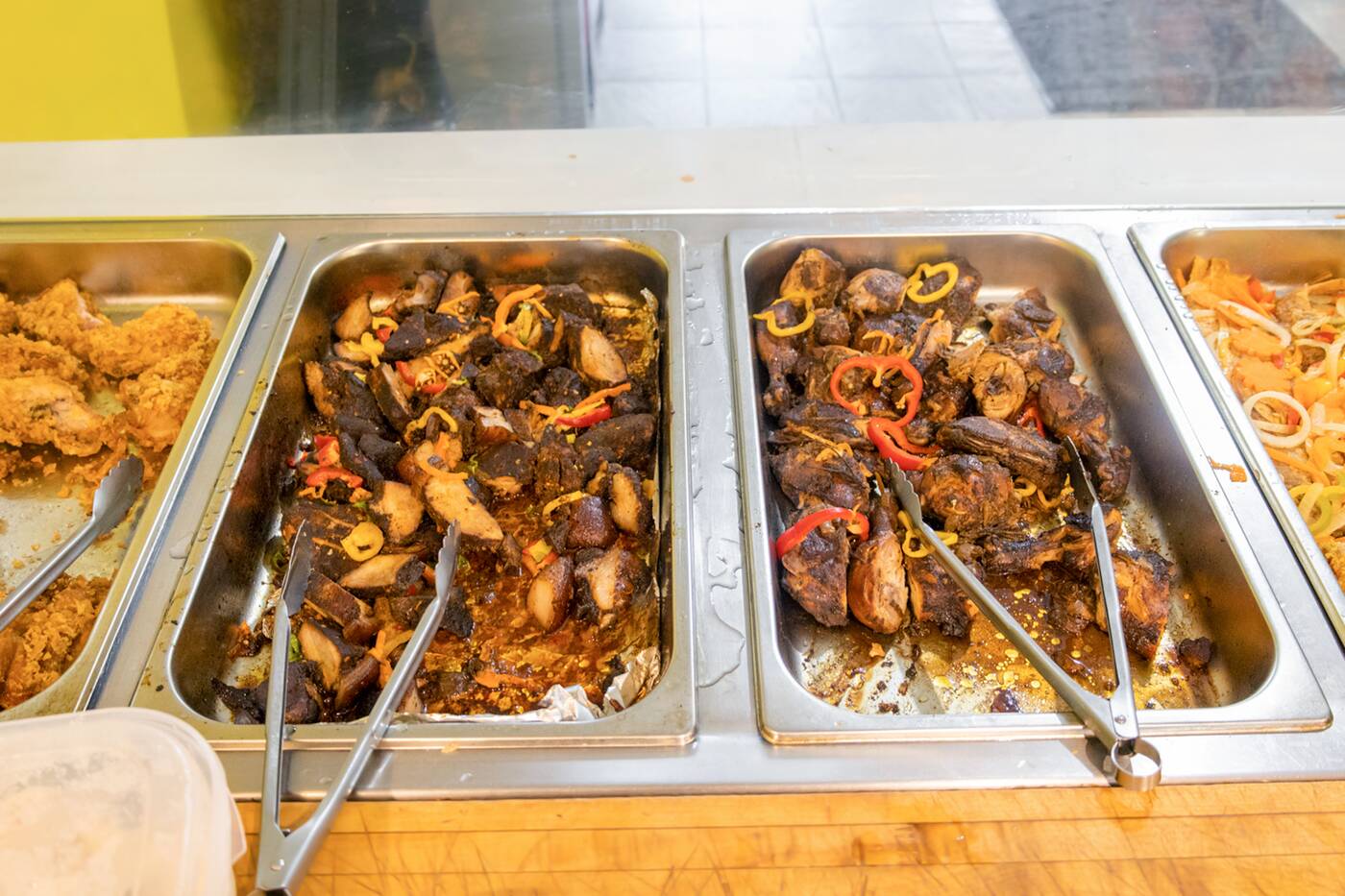 Although Harriott did construction in Halifax before moving to Toronto, he started his cooking career 26 years ago at a restaurant in Jamaica and has spent time in the kitchens at a few spots around the city including Caribbean Queen. 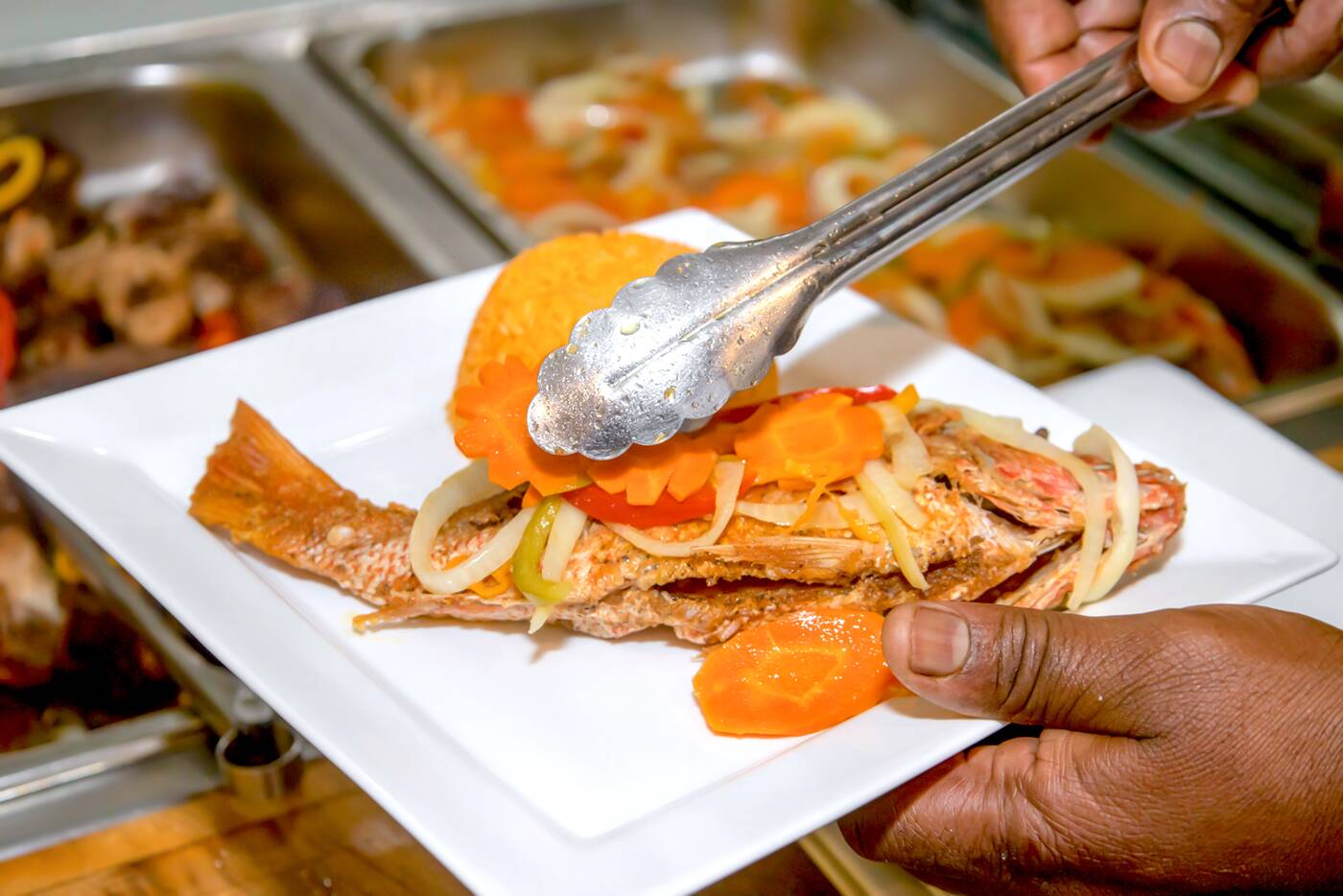 The longtime cook named his food venture after his 25-year-old son Renard and 21-year-old daughter Trenell, who Harriett tells me helps out with the seafood dishes. There'll always be one fish available behind the counter between red snapper or spiced kingfish. 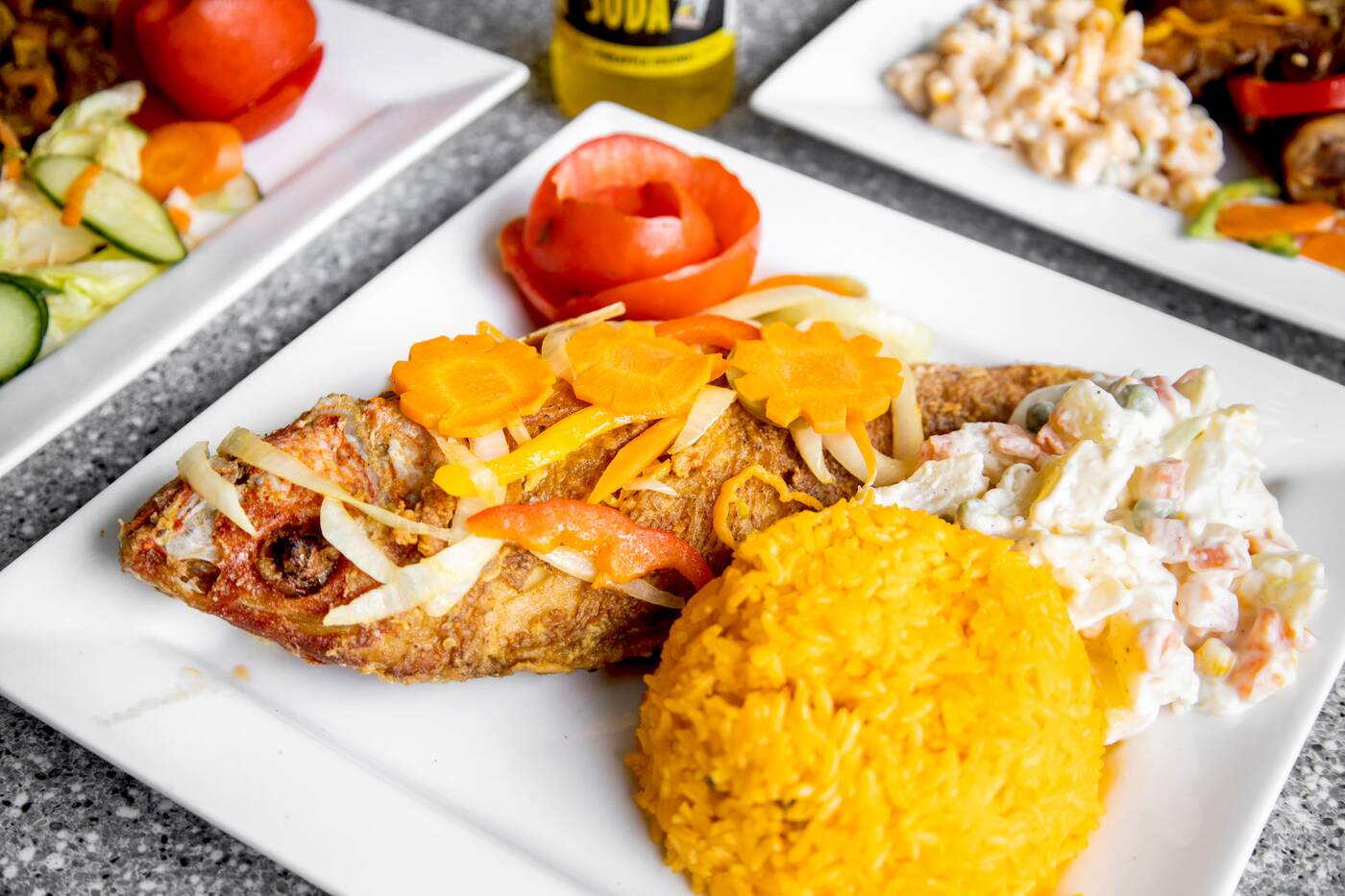 We try the snapper (small: $15, large: $20), fried and prepared in a homemade vinaigrette. Expect a crispy outer layer to this subtly sweet, moist fish. Each meal gets rice (rice and peas, white or Spanish) and veggies. Macaroni and potato salad are available on the weekend. 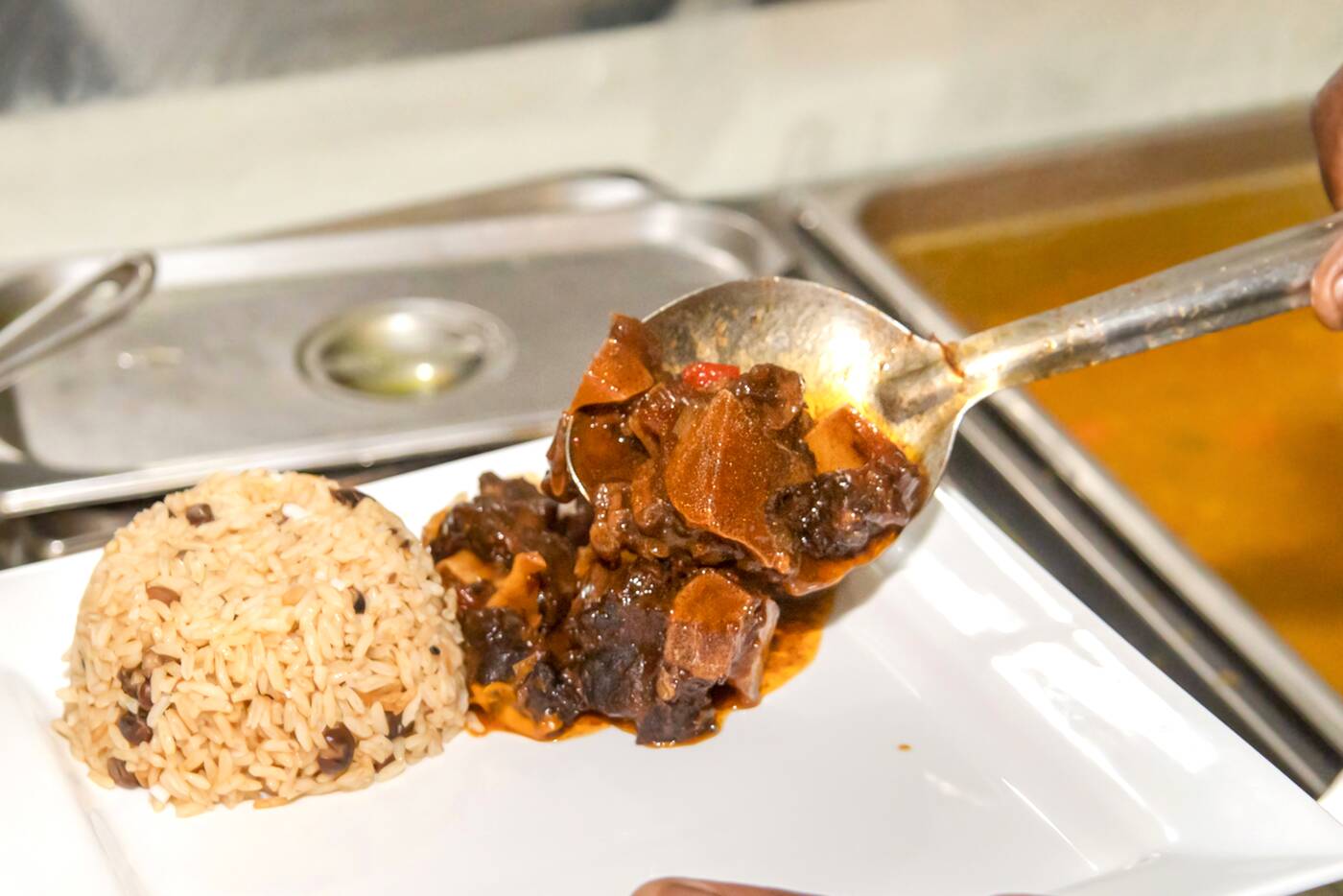 Like the rest of the meat, oxtail (small: $13, large: $16) marinates for 24 hours before cooking in Jamaican seasonings to give it a deeply rich flavour. 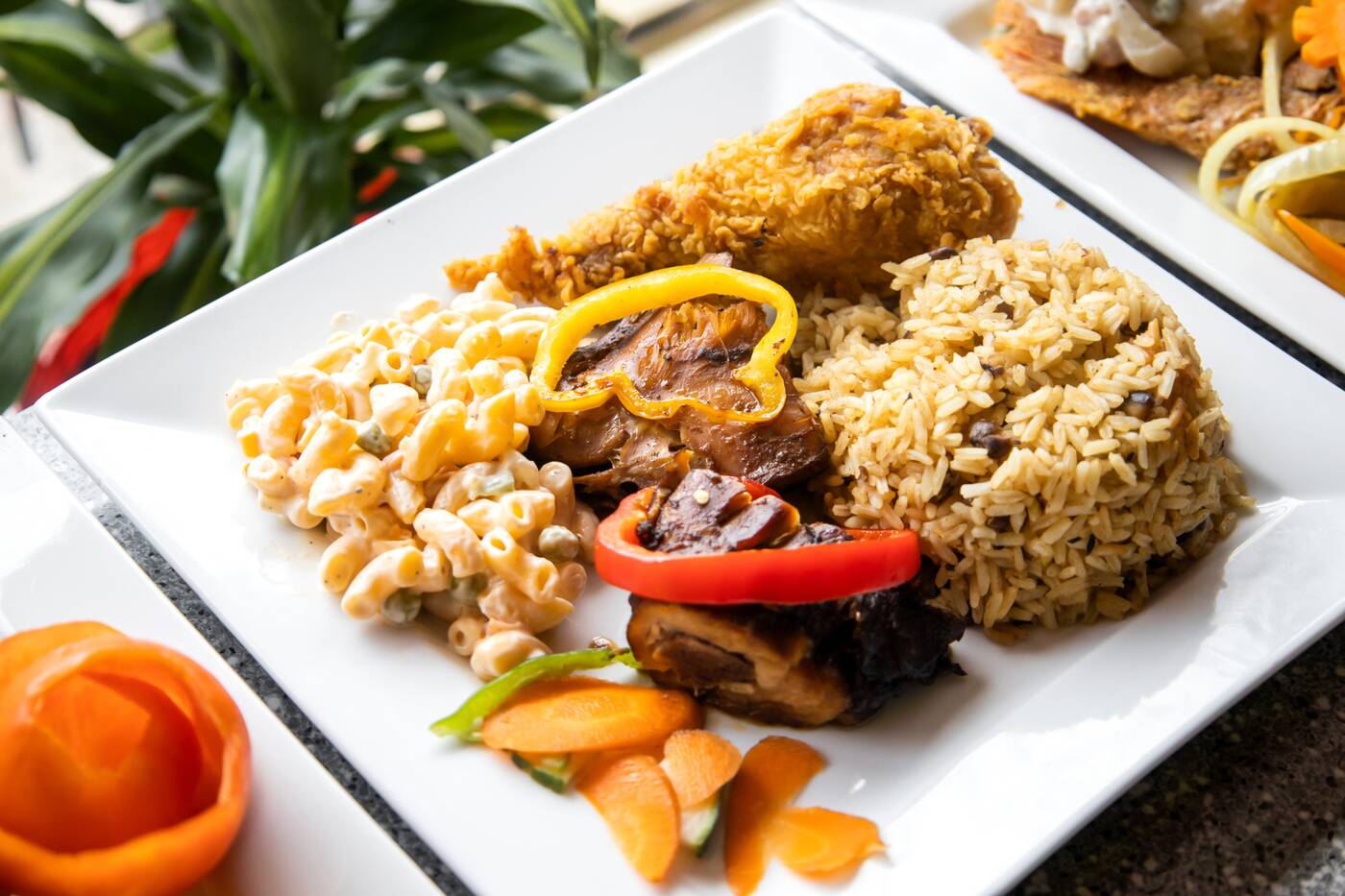 Add some of the hand-breaded fried chicken onto the meal or get it as a meal of its own at the cheap with a $4.99 small chicken meal special happening every day of the week. 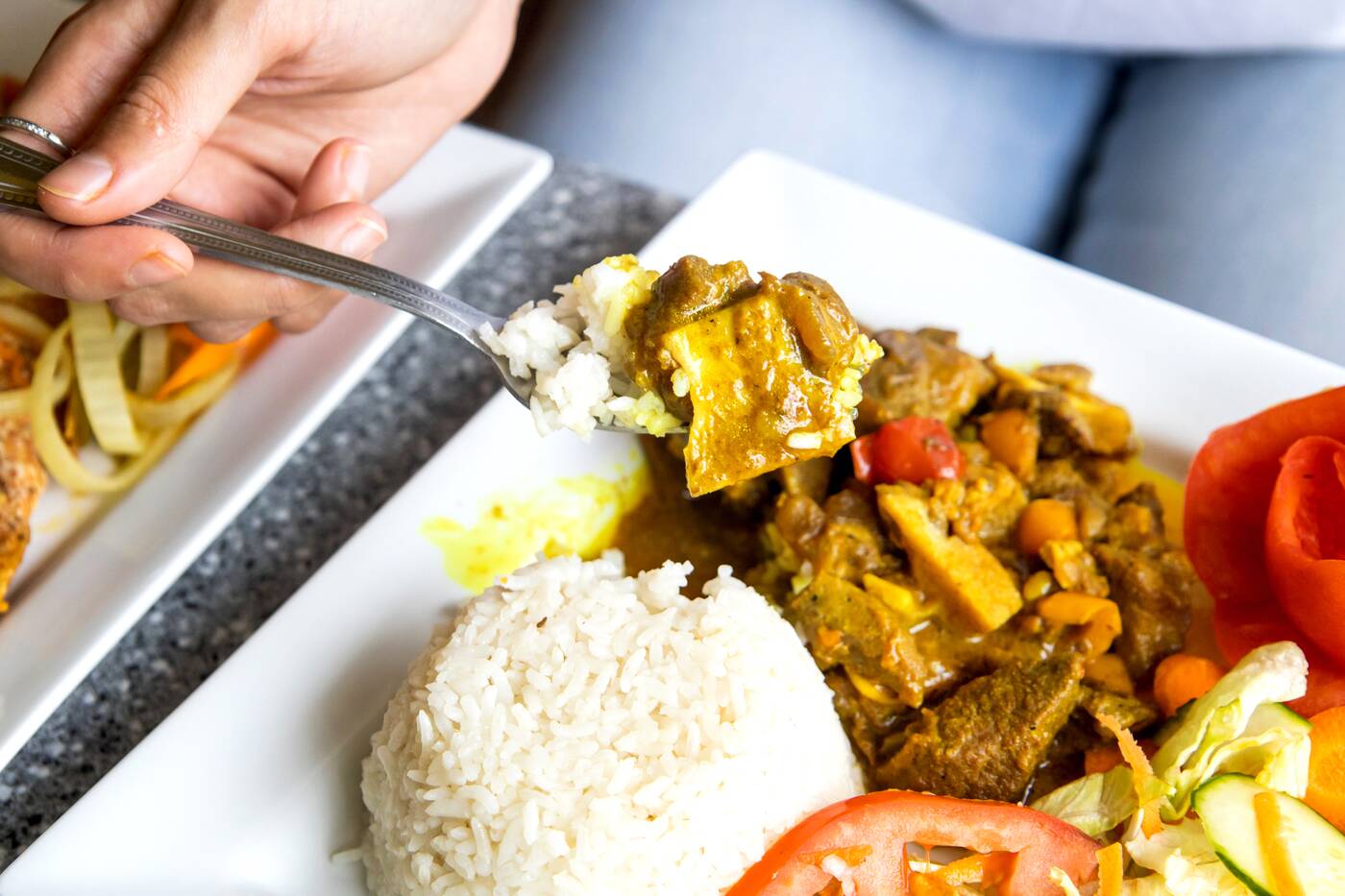 That also counts for the curried and jerk chicken if you order in-store.

If you're after jerk pork (small: $12, large: $15), make sure to wait till the end of the week and stop by on a Friday – that's the only day this meal shows up on the menu. Tender and smoky, it's a just-as-good alternative to the jerk chicken favourite. 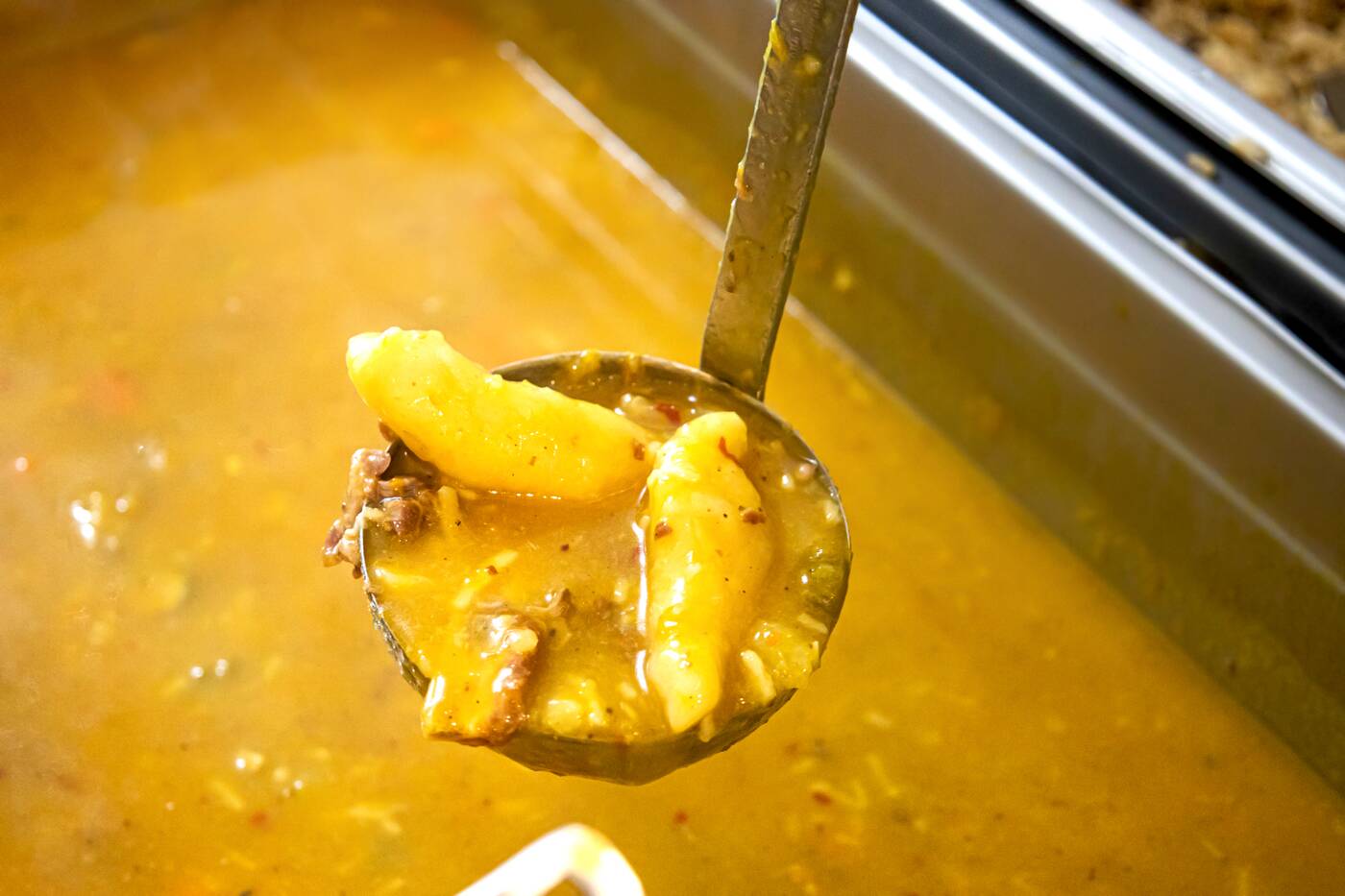 The type of homemade soup (small: $5, large: $10) on offer also changes depending on the day of the week with fish soup on Thursdays, goat on Fridays and beef for Saturday. Whichever one you try, expect lots of added veggies with the protein. 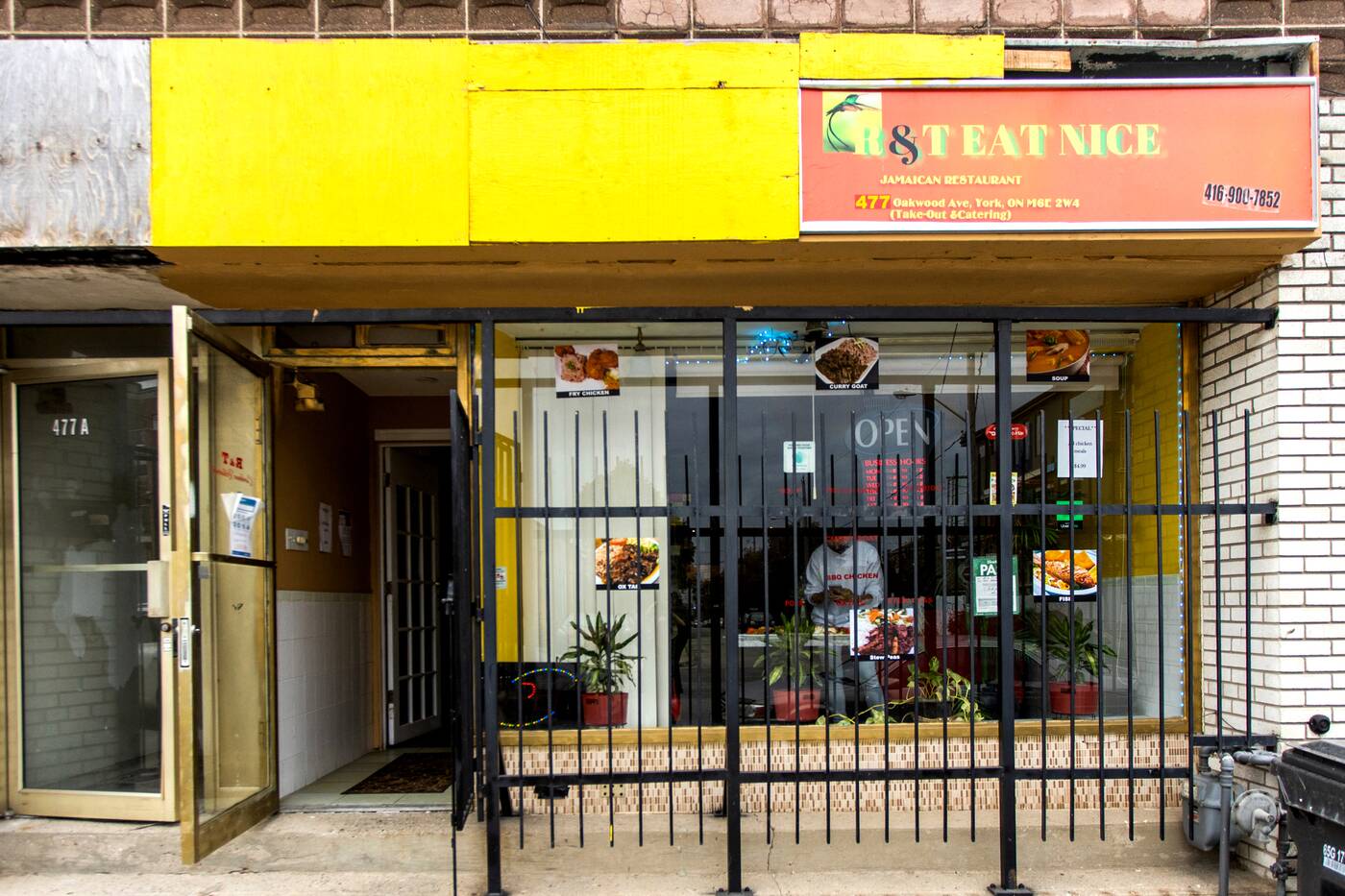