Rosemary & Thyme is open for takeout and delivery. Masks are mandatory and hand sanitizer is at the entrance.

Rosemary & Thyme is a longtime strip-mall diner that serves decked-out pancake and French toast options like the dangerously decadent cinnamon roll pancake along with Greek staples at affordable prices. 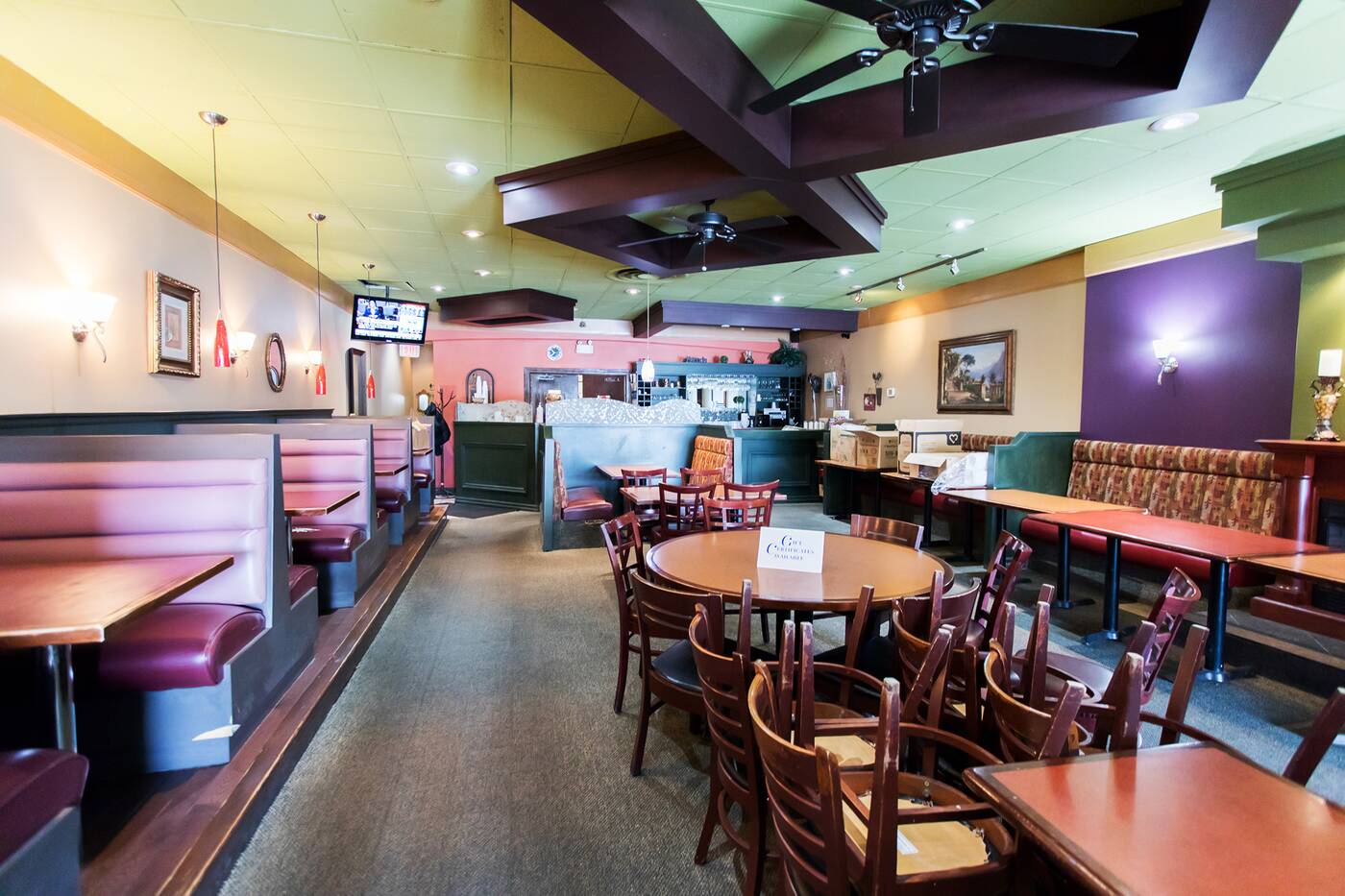 The cozy family restaurant that shares a parking lot with a CIBC, Value Village and a Latin American bakery has been serving breakfast to loyal regulars for just over a decade. 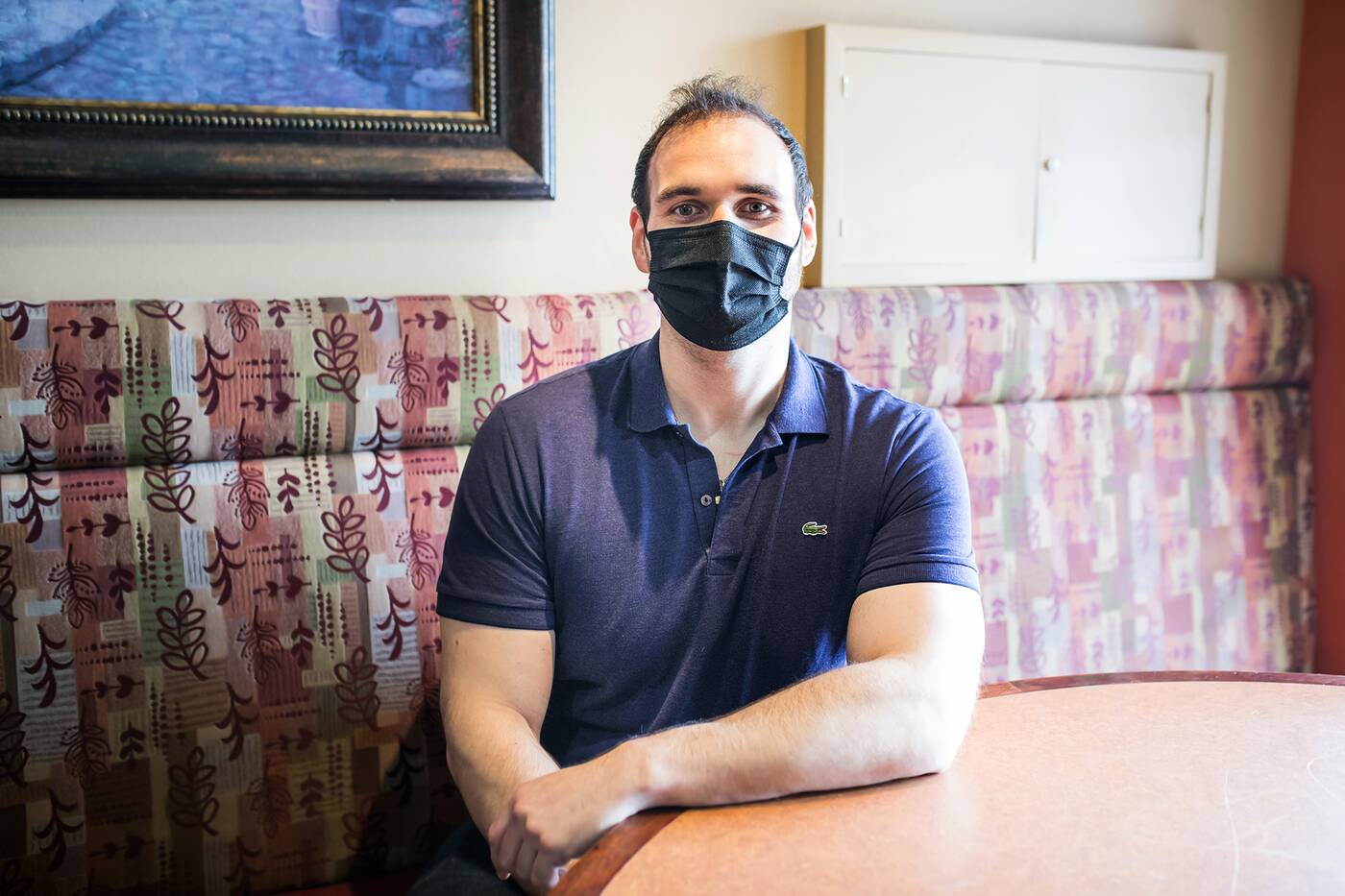 The original owners passed the breakfast mantle to Chris Harbalis, who took the restaurant over in 2017. Although most of the menu has stayed the same – longtime diners would likely come for him if he were to take the Salisbury steak off the menu – Harbalis has toyed with the breakfast offerings a bit. 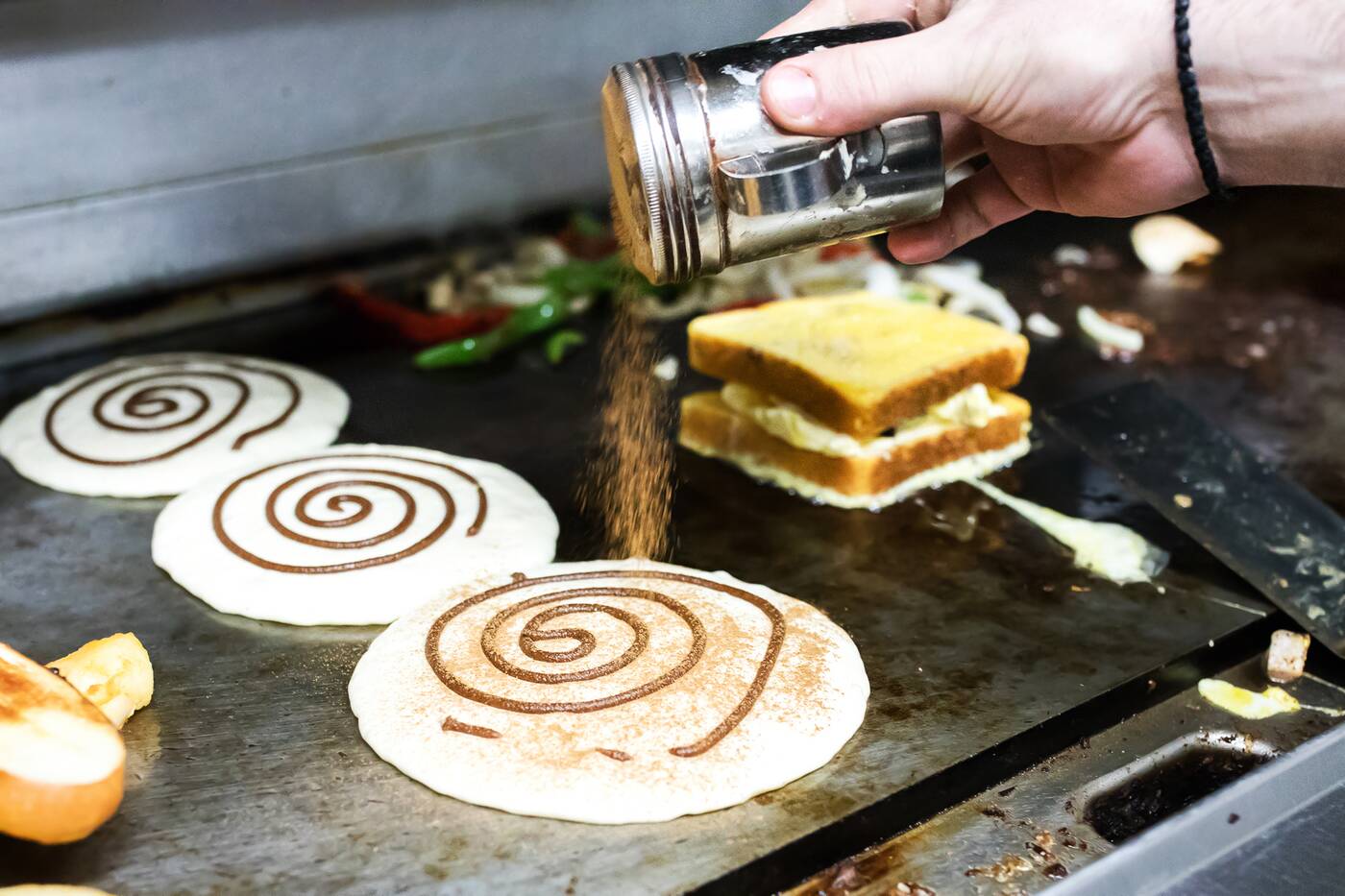 The cinnamon roll pancake, swirled with cinnamon glaze and topped with homemade cream cheese icing, was invented by Harbalis at the breakfast restaurant in Orangeville his parents have been running since 2010. 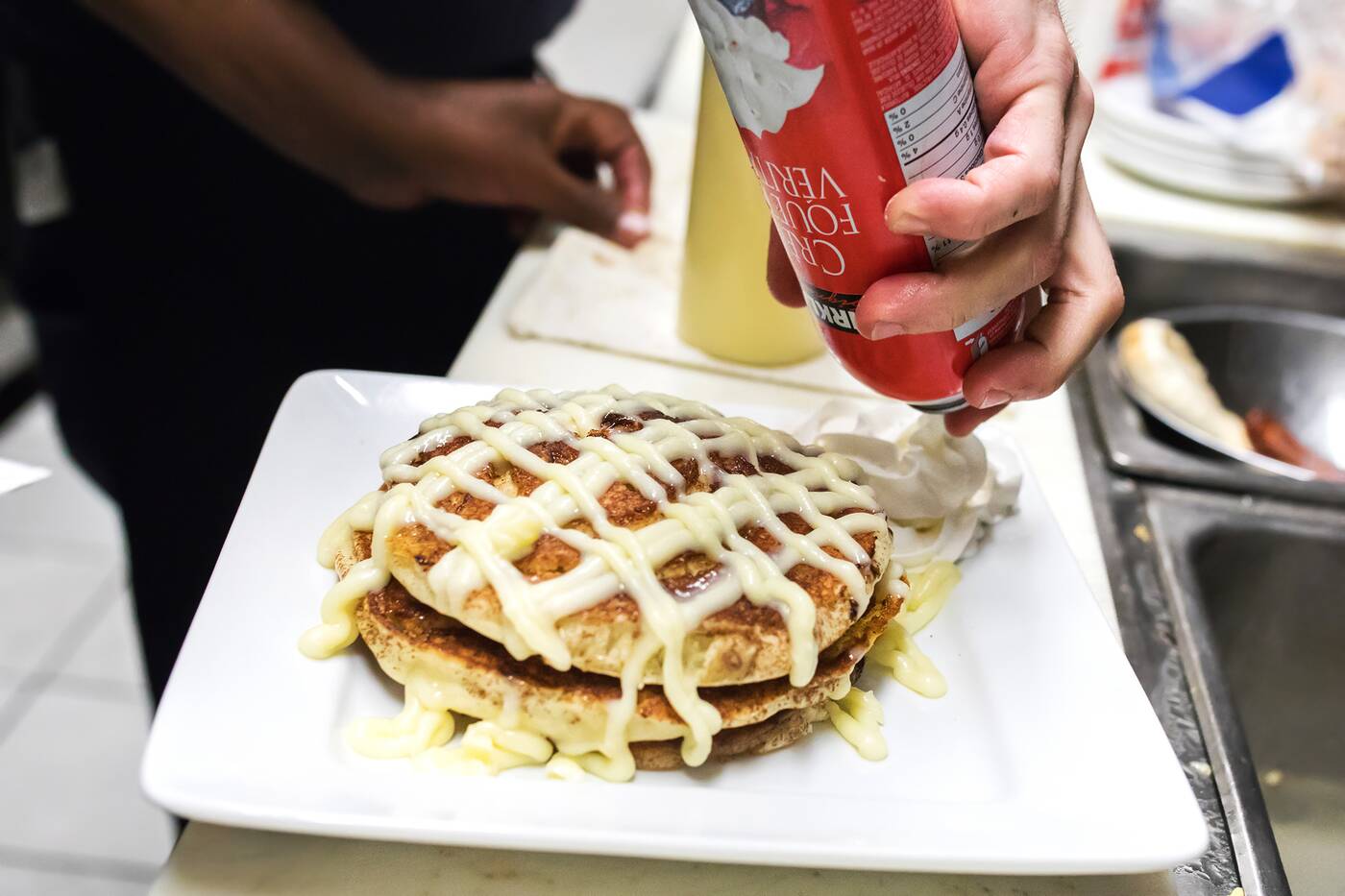 It was at his family's first restaurant in Toronto, Golden Pizza where Harbalis got his start learning the business at the age of 13. After plenty of years in the industry, he enjoys taking some creative liberties in a kitchen of his own. 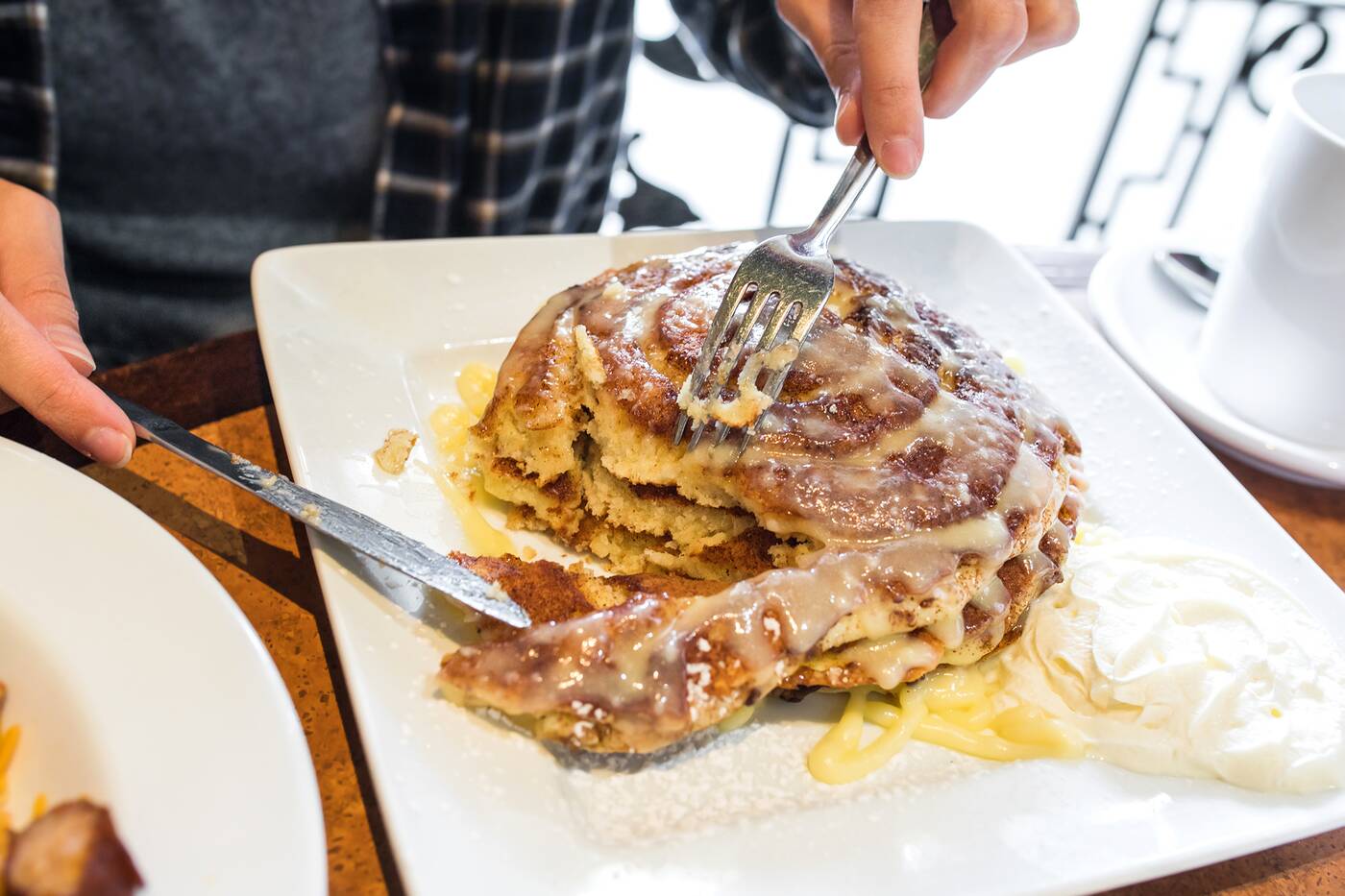 Although technically a breakfast item, Harbalis admits the cinnamon roll pancake ($12.95) can be better as a shared after-breakfast dessert or starter for those who like to kick things off with something sweet. 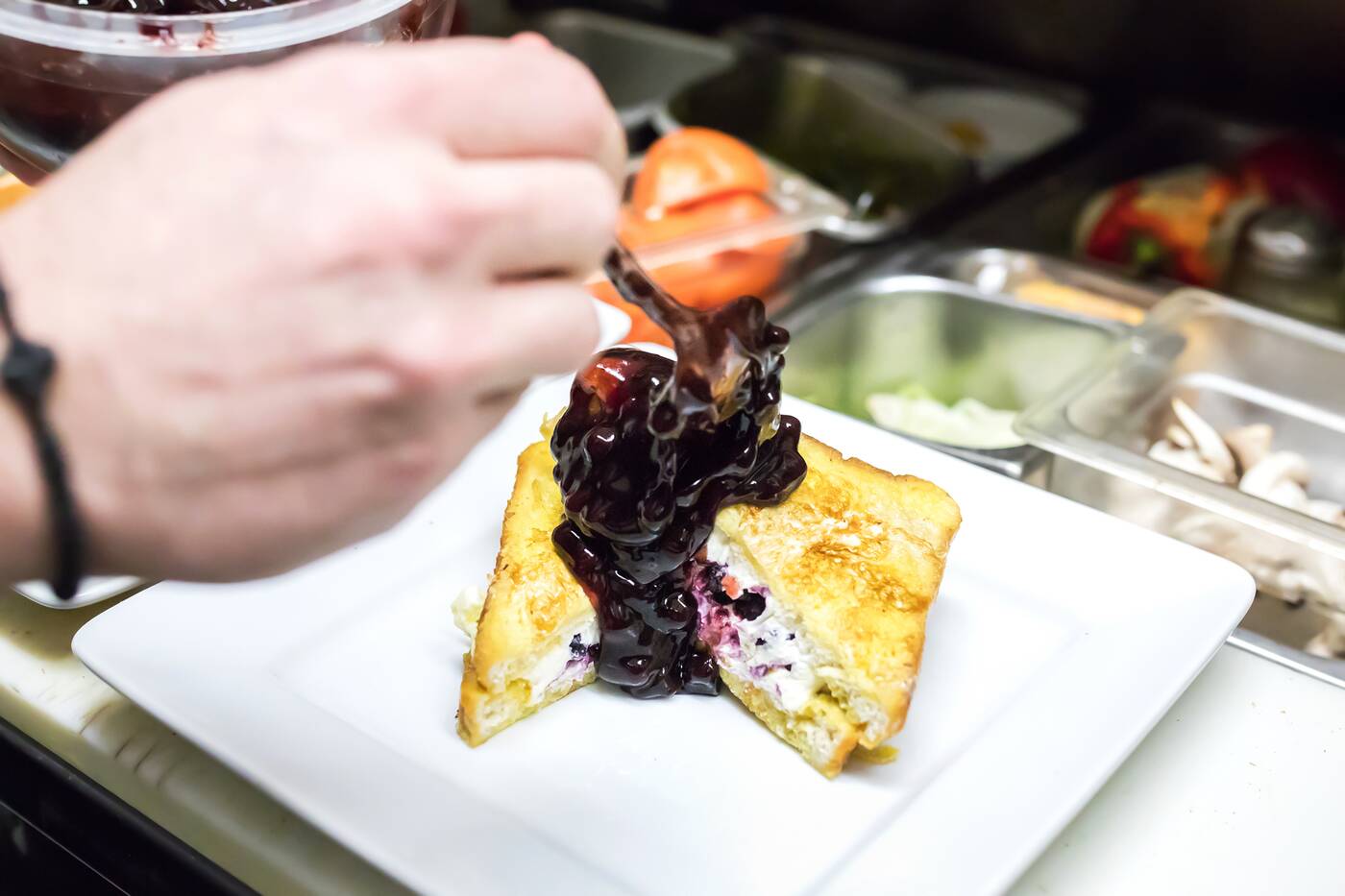 Other indulgently sweet pancake and French toast options include Oreo, s'more and blueberry or strawberry cheesecake ($12.95). The latter comes filled with cheesecake and topped with your choice of warm blueberries or strawberries. 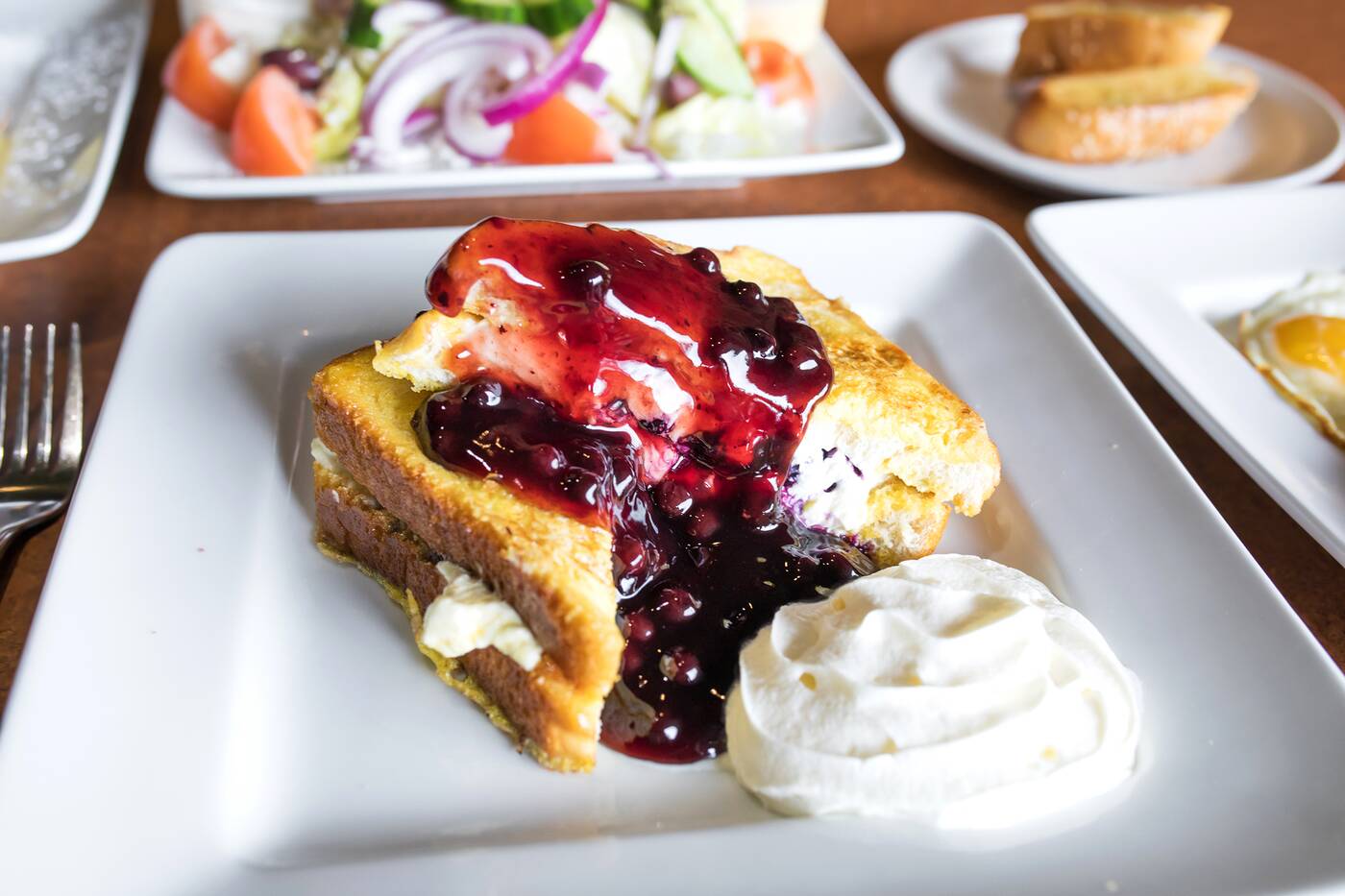 The fruit topping stands in for the syrup while the creamy housemade cheesecake slathered between two pieces of egg and cinnamon dipped bread brings even more sweetness and flavour. 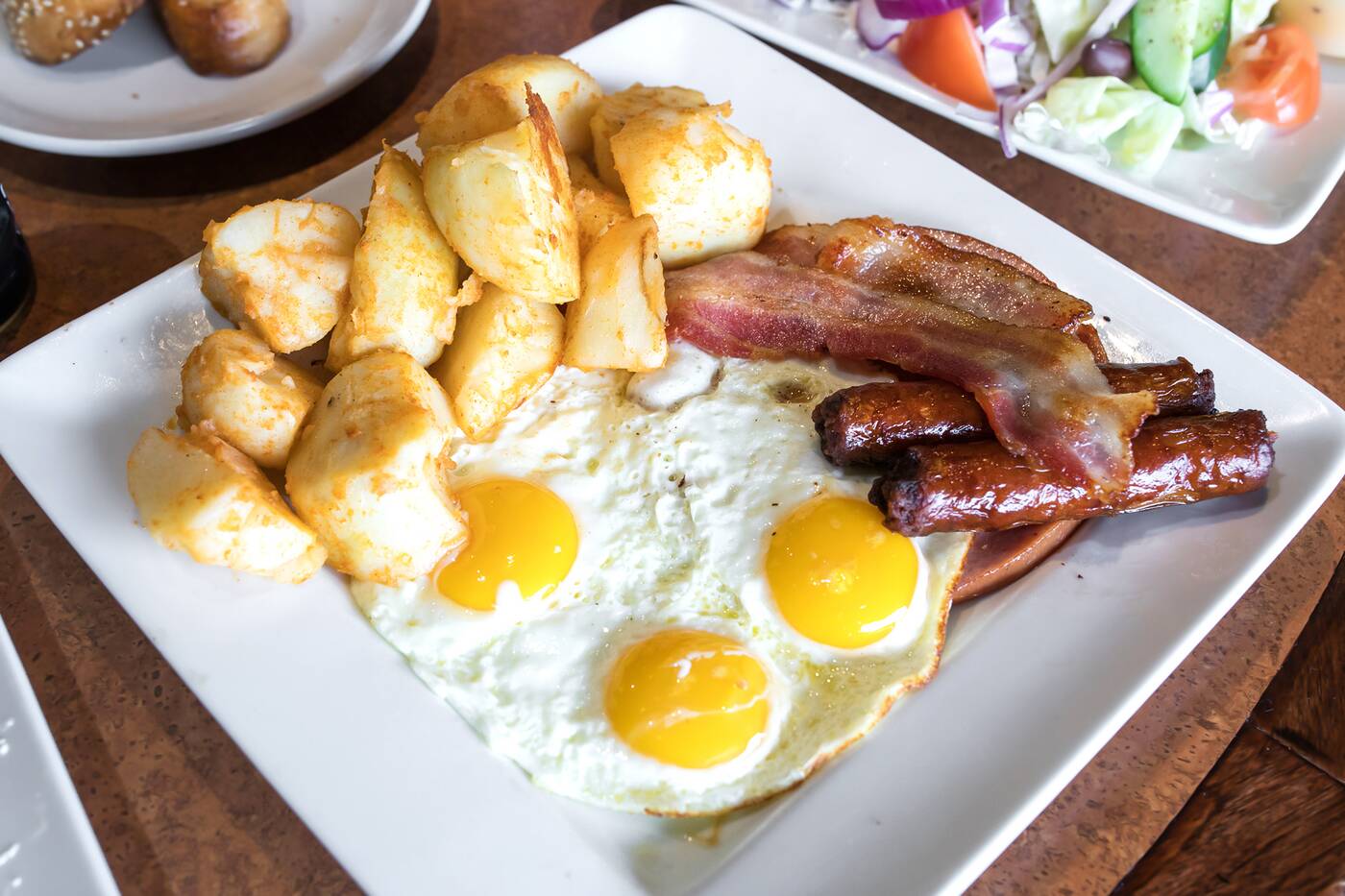 The harvest special ($14.50) will get you two pancakes or pieces of French toast, three eggs, two slices of bacon, two pieces of sausage, one slice of ham and home fries. You can also upgrade ($3.50) to one of the decked-out buttermilk pancakes or French toasts. 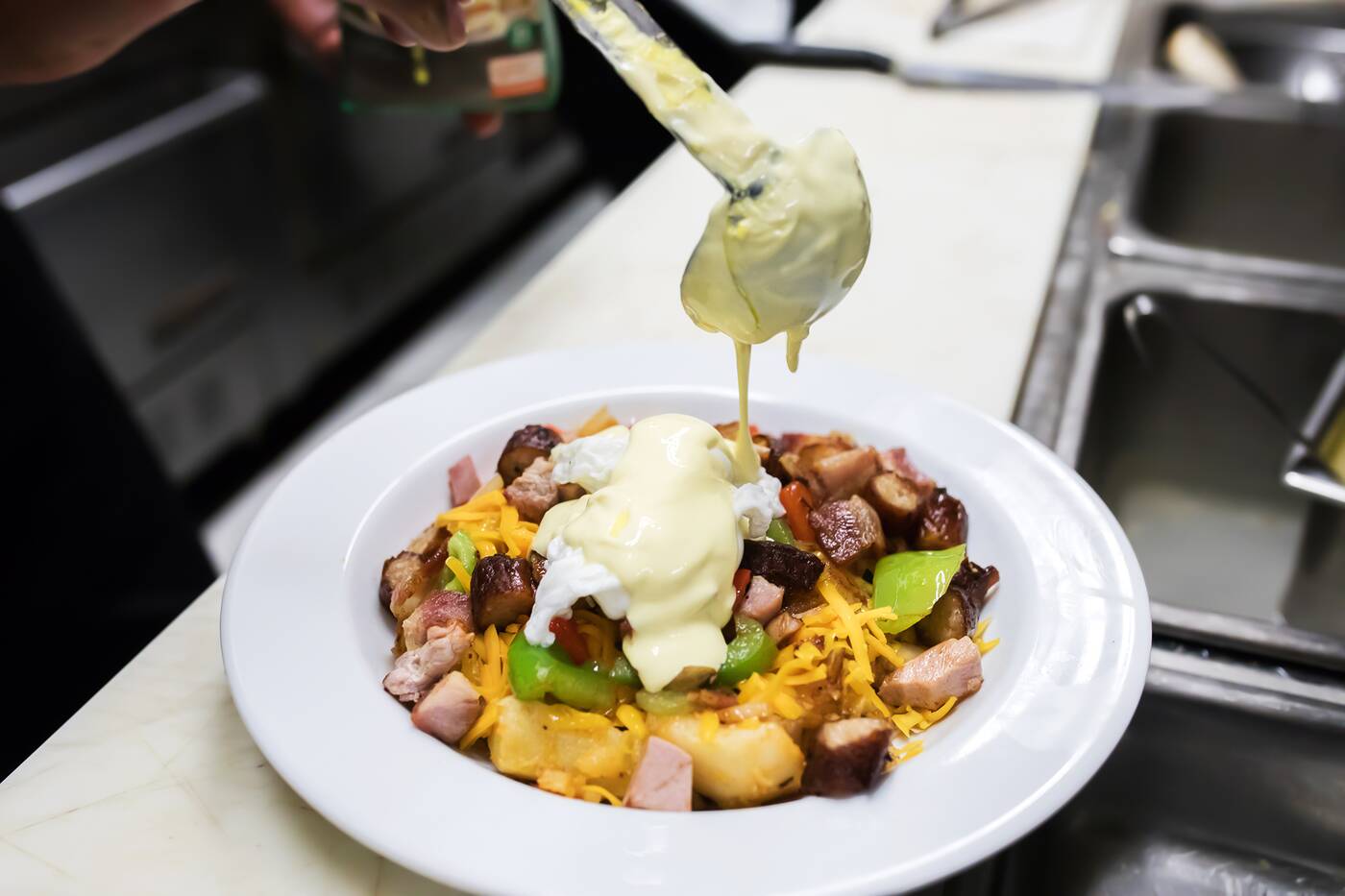 After being disappointed time and again when ordering breakfast poutine only to realize that it usually just means regular poutine with some sausage thrown in, Harbalis decided to create one that better captures the essence of breakfast. 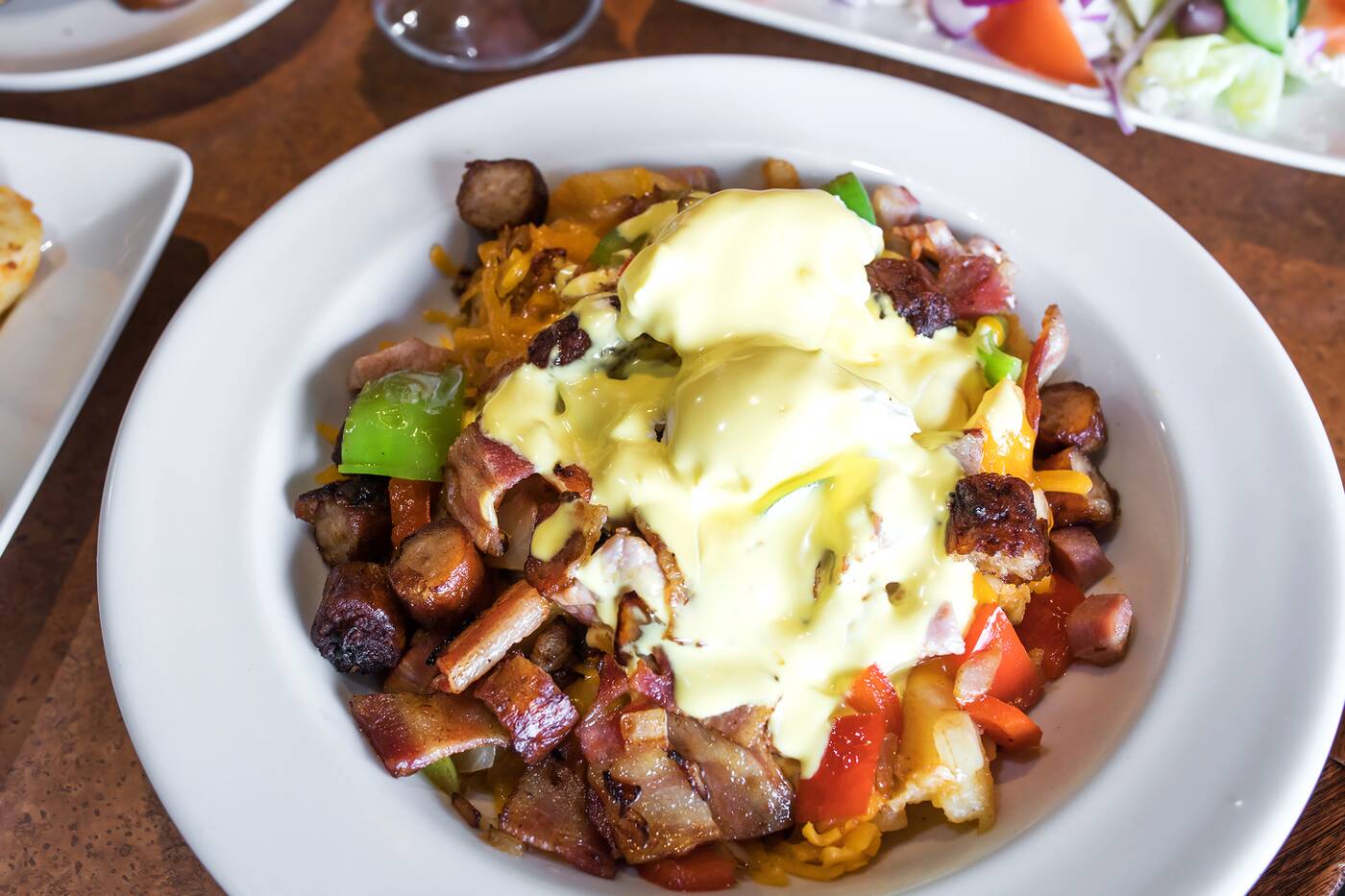 Here it's prepared over a bed of home fries (instead of French fries), with sauteed onions, peppers, plenty of fresh hollandaise, two poached eggs and three kinds of meat: ham, bacon and sausage. 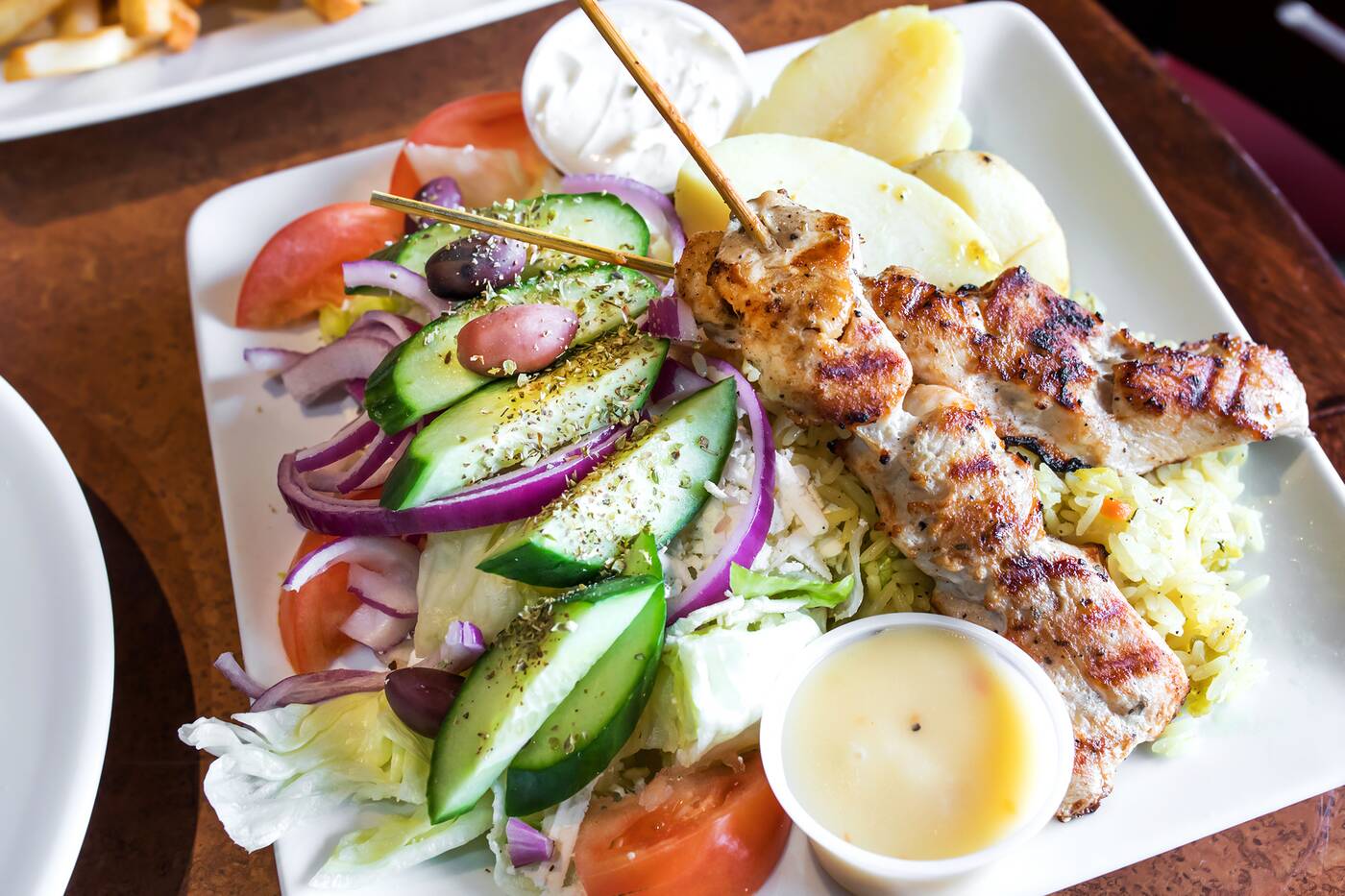 The wide selection of offerings continue into lunch and dinner. The Greek dishes, souvlaki, gyros ($16.95) and spanakopita ($6.95), are recent additions as Harbalis' family is originally from southern Greece. 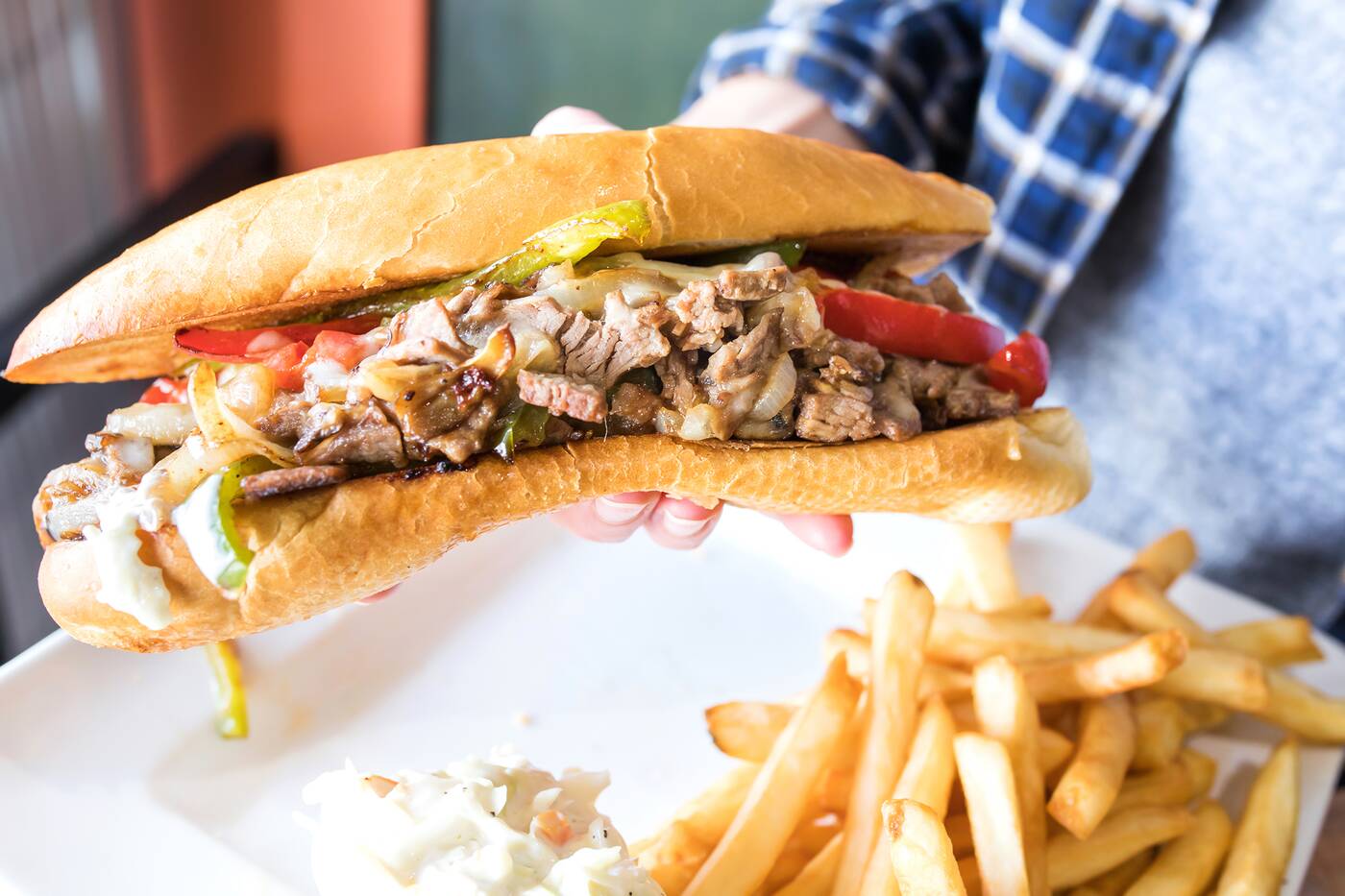 Diner classics like the chicken club sandwich and Philly cheesesteak  ($16.95) are other popular lunchtime meals. Beef, fried onions, peppers, mozzarella and mushrooms are stir-fried together before being loaded on the baguette-style bun. 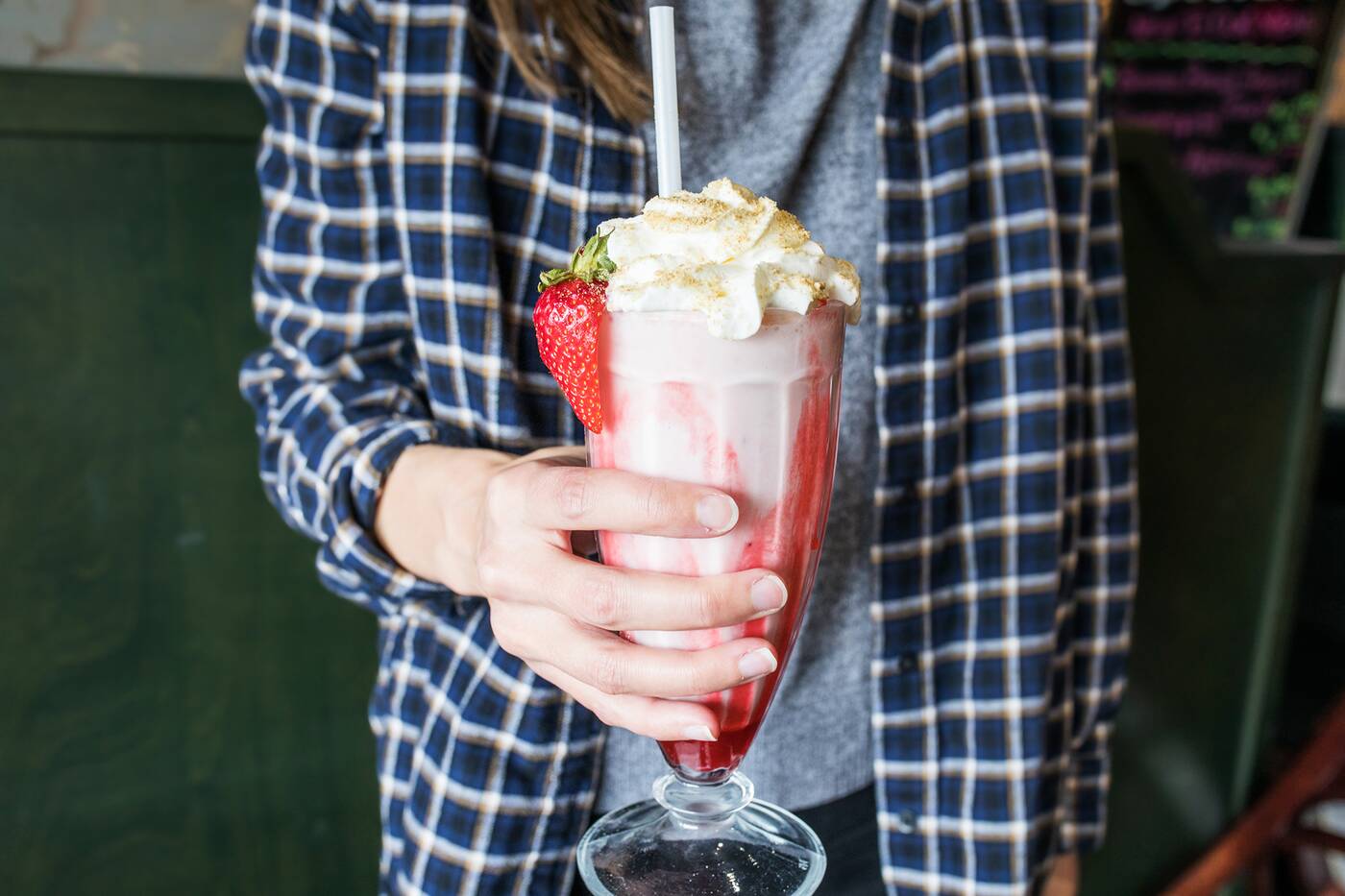 One of the creamy milkshakes ($4.25) is the perfect add-on to your meal.

Rosemary & Thyme continues to draw in newcomers for their infamous array of unique pancake and French toast offerings while continuing to satisfy old-time returning customers. Whatever you have your eye on, make sure to order one of the specialty pancakes to start. 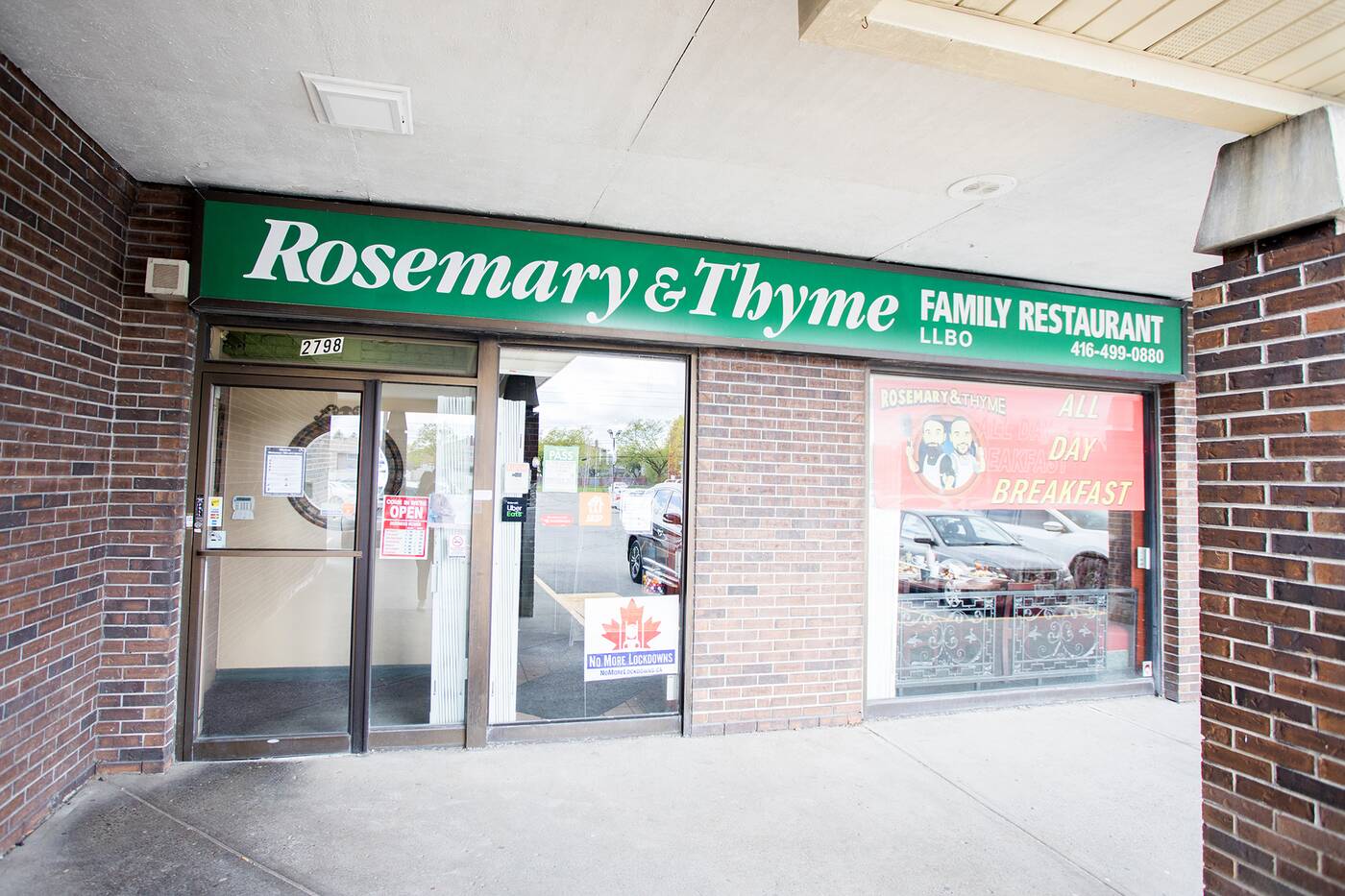 The Best Milkshakes in Toronto

The Best French Toast in Toronto