Rock Lobster's new location is now open and I'm not talking about the spot on Ossington that isn't even a year old. Taking over the address from popular diner, Shanghai Cowgirl , the newest outpost of this wannabe chain seemingly popped-up in mere weeks.

It was a necessary expansion for owner Matt Pettit who started the seafood company as a pop-up at the Toronto Underground Market and parlayed the instant cult following into a corporate catering business before opening the two restaurants in the last year. 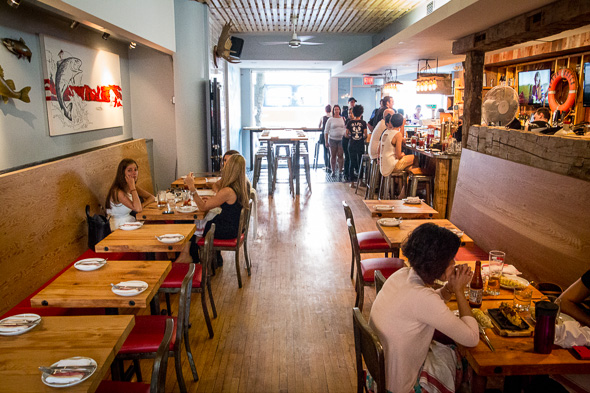 The Queen West location is at least double the size of the original and decked out in Maritime regalia and taxidermy. Pettit masterminded and executed the wood clad room himself and consigned his dad to do the "Homeward Bound" mural upfront, and buddy, Mike "Spazz" Echlin to paint scenes of hunting dogs and fly fishing. 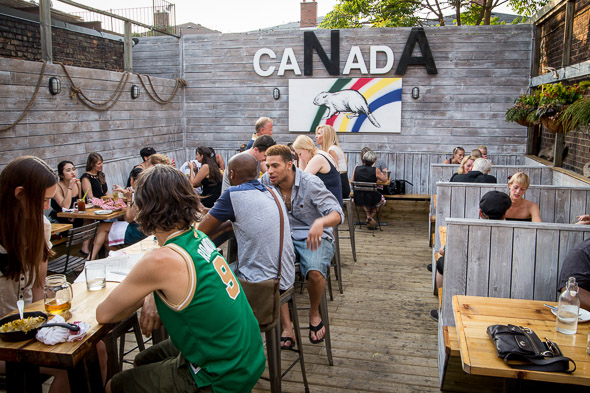 Out back, there is a massive patio that accounts for more than half of the seating and is about the closest you can get to eating lobster at a picnic table in the city.

While the menu on Ossington is quite tight, here it's doubled to include all the favourites; raw bar, lobster roll, lobster poutine, along with seafood alternatives tied together loosely by a streetside, street food kind of theme. There's maple mayo and potato chip-dusted Corn on the Cob ($7/2) and Bacon Wrapped Corn Dogs ($7/2) served with sriracha mayo and maple mustard dips. 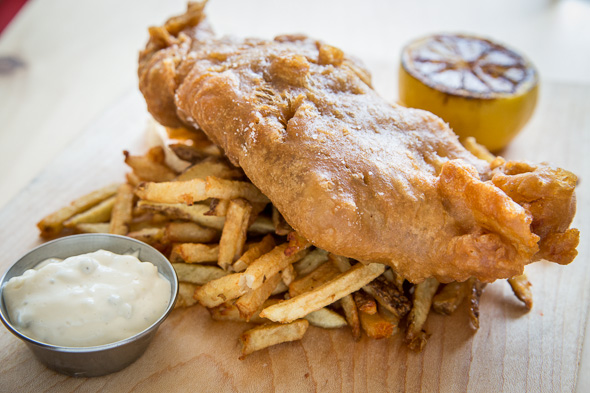 There's also an accommodating range of prices; you could stop in for a $5 Lobster Taco or Fillet "Eh" Fish, or eat a simple but totally excellent plate of Fish and Chips for all of $12. Pettit imports his own seafood direct from fisherman on the East Coast (crab from the West) and notes that only the oysters are left in the trusty hands of Oyster Boy . 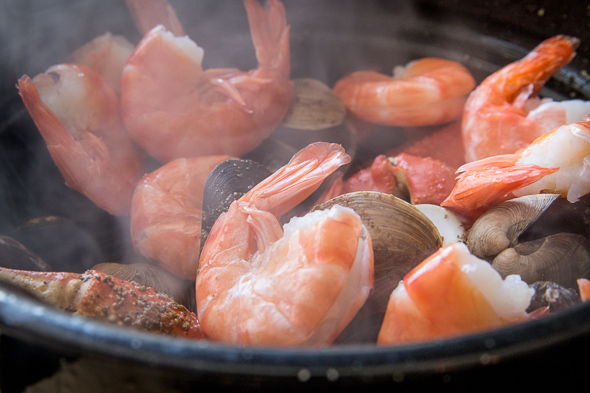 Tonight's main event; a Steam Whistle SteamPot ($39) is served to the table in 4-quart enamel pot. When our server sets it down and lifts the lid, it's like the plume of smoke that precedes a magic trick. There's a moment of awe as the beer infused haze diffuses to reveal the feast of crab legs, shrimp, clams and mussels all seasoned with Old Bay and steamed over corn on the cobs, red potatoes and sausage. Eating it is epic and leaves me feeling like I've accomplished some great feat. 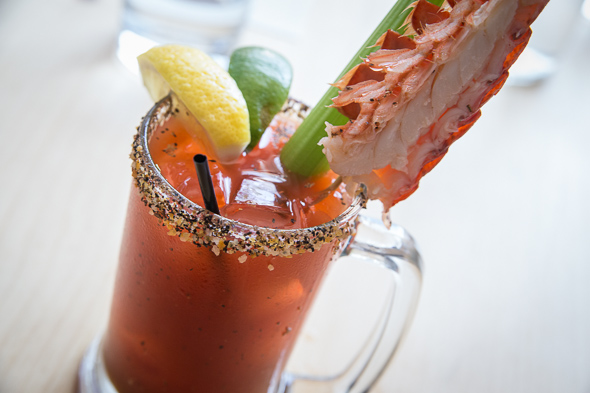 From the bar there's wine on tap and beer by the pint, bottle or can. The cocktail list developed by F&D director, Robin Wynne boasts the signature Rock Lobster Caesar ($12) along with some new noteworthy concoctions like tequila Slushies ($10) and the very brunch-time appropriate, Breakfast of Champions ($10), a Fruit Loop infused vodka mixed with Cointreau and cereal milk. 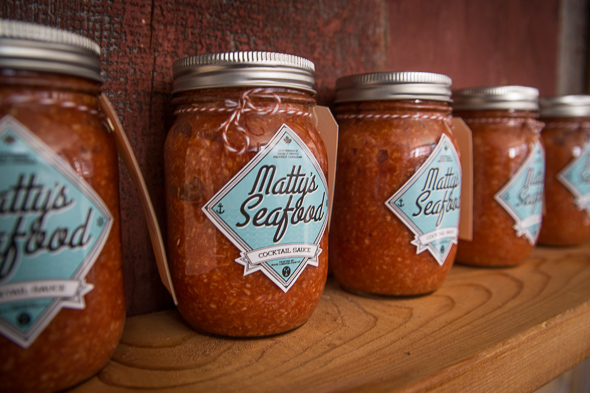 The new location sells Matty's tartare sauce and cocktail sauce by the jar up front, and similar to how the nearby Lisa Marie is selling take-home meats to grill, this Rock Lobster is keeping fish mongers on staff to offer raw and chilled seafoods from a retail counter. 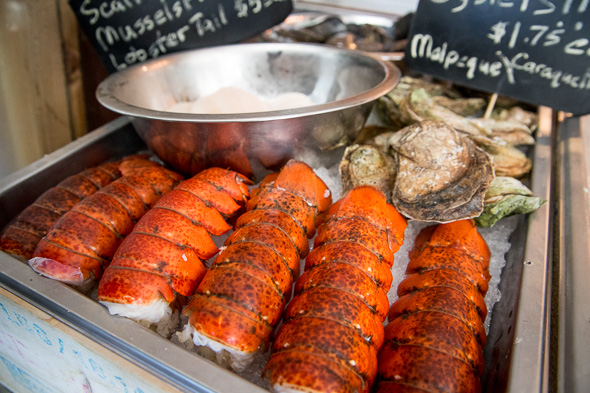 The restaurant accepts walk-ins only, seven days a week for lunch starting at noon and dinner until at least midnight; on weekends there's brunch and if anyone out there is still pouting at the loss of Shanghai Cowgirl's late night eats, you can rejoice because Pettit plans to keep hours 'til 3am on Friday and Saturdays. 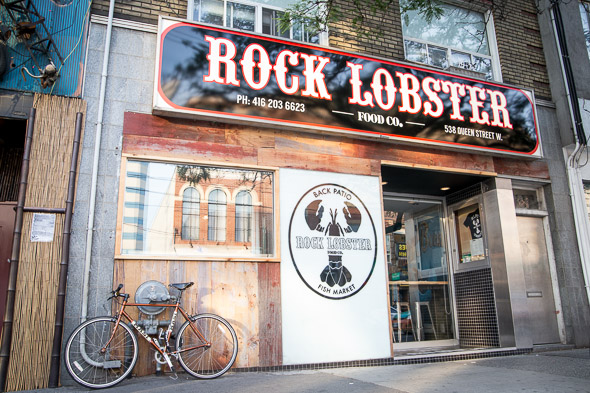