Nothing says, "let's get delivery," like a cold and rainy November evening, so this week I dug into my pile of semi-junk-mail delivery menus and rang up Regal Garden Chinese Restaurant.

This Bloor West resto advertises, "Fast, Healthy, Delicious food delivered to your door," on the front of their huge, triple-fold, doublesided menu. All three adjectives sounded fine by me, so I browse through the list of Chinese standards (along with Szechuan and a even a couple Thai dishes thrown in) and decide on some boring but reliable items:

Had a little trouble getting the order in right, but I'll take partial blame on that one as I probably should have just gone by the numbers. Once it's figured out, I'm told they're pretty busy so it'll take about 45 minutes.

Another phone call and just under two famished hours later, there's a knock at the door. The food has arrived and, miraculously enough, it's actually hot.

As I crack open the styro containers, the question now is whether or not it's "healthy" and "delicious" 'cause this certainly wasn't "fast". 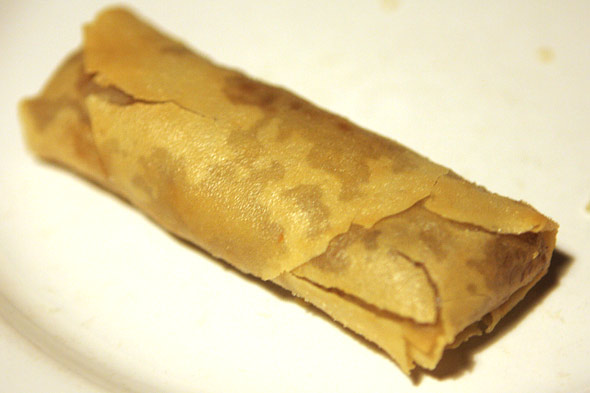 Hopes of healthy were slim, but they really vanished with the debut of the spring rolls. 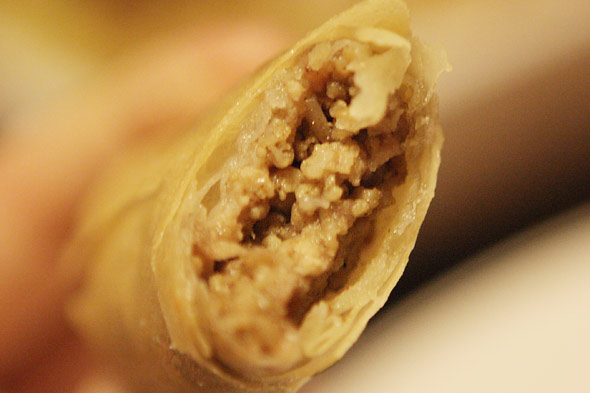 While certainly one of the most meat-heavy spring roll fillings possible (I don't think there was any other ingredient), these are a total oil-fest.

The Satay Beef Rice Noodle is less greasy and we're pretty happy with the amount of beef, peppers and onions layered on by Regal. The noodles hiding underneath, on the other hand, were so soft that they'd congealed into one. We had to bring in fork and knife to separate portions without flinging chopsticks. 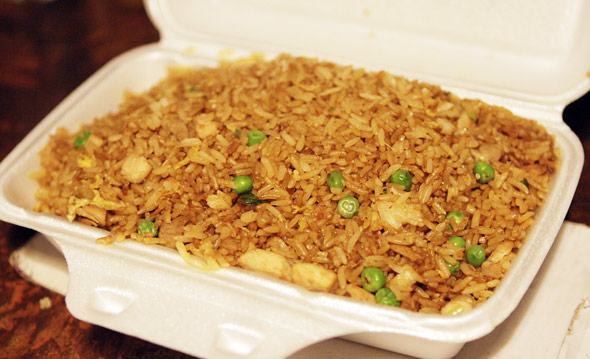 Chicken Fried Rice is a bit dry tasting and skimpy on the chicken. It's alright but nothing I'd order again. We could have just saved a buck and ordered plain fried rice so at least there'd be some excuse for all the soy sauce used to flavour this. 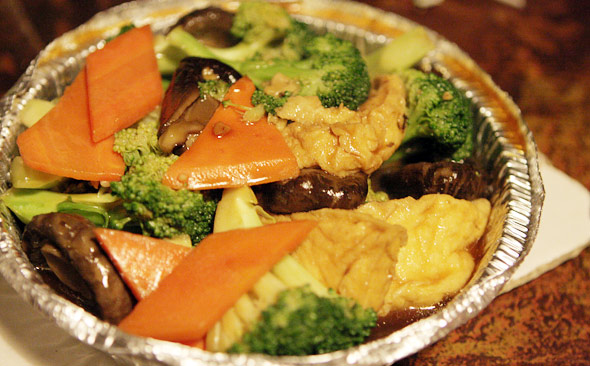 The Braised Tofu w/ Chinese Mushroom & Vegetables was supposed to bring colour, flavour and nutrients to this meal and I'm happy to say that it fulfilled its destiny. Lots of big mushrooms, broccolli and lightly fried tofu made this probably the only plate that could fall under the "delicious" promise from Regal's tag line.

As for those chicken balls, they only had us wondering what happened to the good old days when they contained notable chicken. 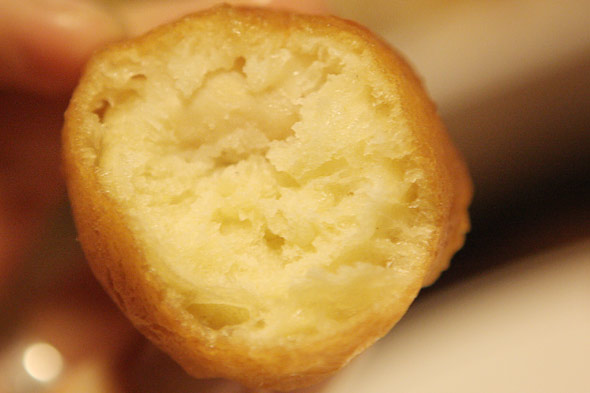 If the food had arrived with some speed, I might be tempted to try out other (potentially better) dishes in the future. Unfortunately, with that 2 hour wait still fresh in my mind, along with family and friends still whining about their dinner, a second chance is about as likely as my ordering chicken balls again in this lifetime.