Rashers is a tiny new Leslieville take-away counter offering an artisanal take on classic bacon sandwiches. If approaching on foot you'll smell the powerfully seductive scent of bacon before you even set eyes on the place. 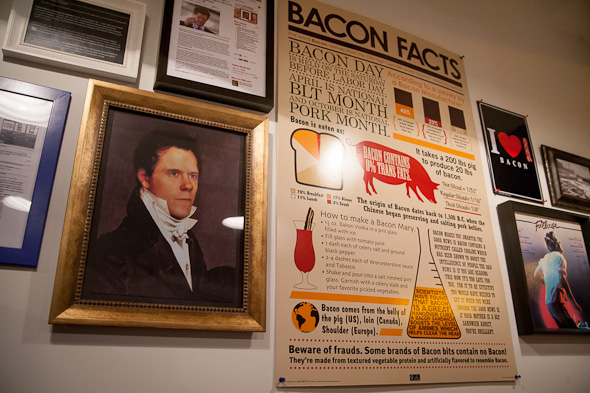 The shop, previously home to a very short-lived Pastalicious, now features only four window-facing seats and some red vintage school chairs out front. During the busy dinner-time rush it is standing room only, but the friendly staff are quick to accommodate and the wait for our order is spent taking in the wall of bacon themed ephemera and learning about different cuts of bacon; peameal = Canadian; strip = American; rasher = British. All of them = delicious. 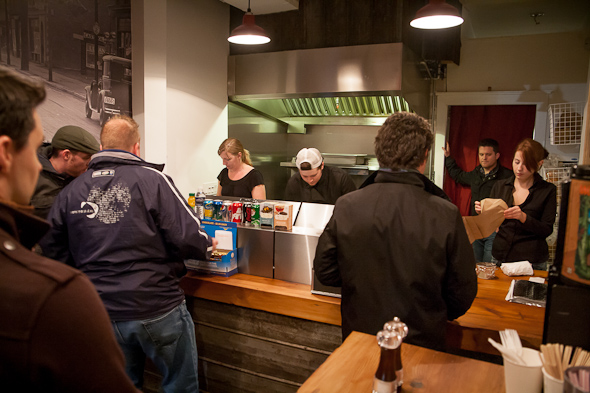 Owners John Clark and Richard Mulley want to introduce Torontonians to the quintessential British sandwich that they fondly remember from past lives in the U.K. Most specifically, there is the Bacon Butty ($6.64) featuring the British-style rasher bacon (a cut that includes both the back bacon and the belly) served on plain white bread topped with a choice of ketchup or housemade brown sauce (think: HP sauce). 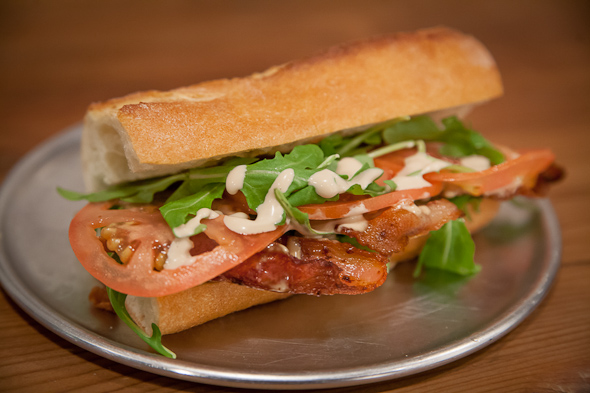 All their bacon is custom brined and smoked by Perth Pork Products and then sliced in-house. The focus is on keeping it simple but using quality ingredients which is exemplified perfectly by the Beer BLT ($7.52) that teams beer braised bacon with tomato, arugula and beer mayo, sandwiched between slabs of fresh baguette. 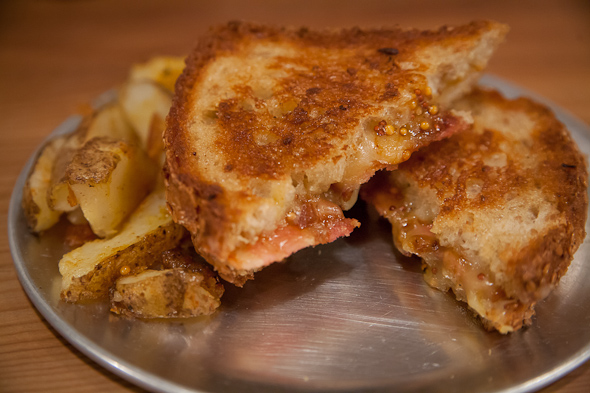 The Grilled Cheese ($7.04) is my surprise favourite. The combination of cheddar cheese and strip bacon are already a sure thing, but the addition of the housemade ale mustard gives it a kick. 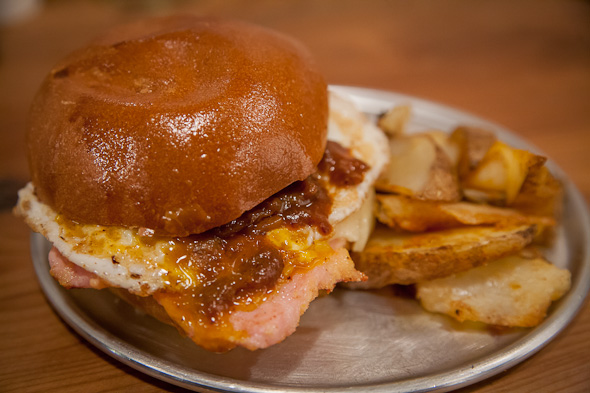 The Hogtown Sandwich ($6.64) is the signature Toronto sandwich featuring thick-cut peameal bacon on a golden bun with a choice of sauce and the option to add an egg for 75¢ and cheese 50¢. It is the St. Lawrence Market-morning experience that I only dream could be as ubiquitous and easily available as a McMuffiin. 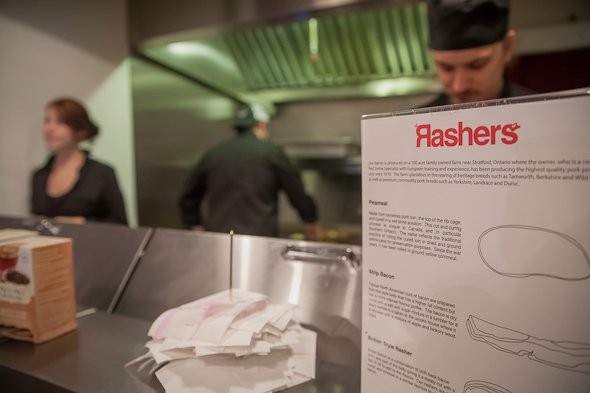 Having only been open since mid-November, Clark already hints at coming franchises. A second Toronto location is already being planned for the spring – though the neighbourhood is yet to be determined. For now, lucky Leslievillers get to stop by on a whim in their pyjamas...the rest of us will have to make the trek out to Queen East and Carlaw. 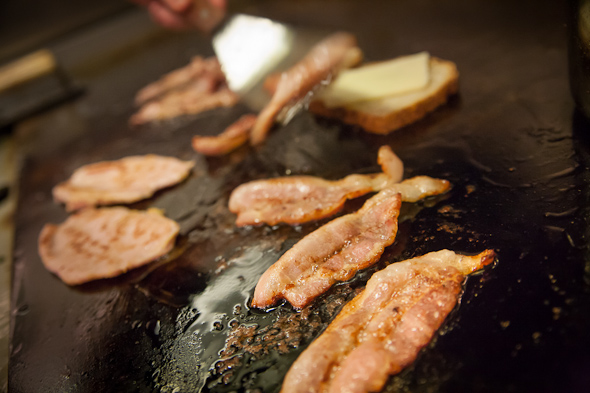 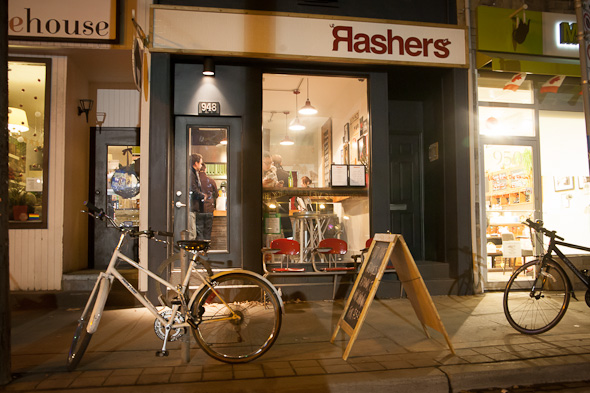