Railee's Diner originated back in the early 1970s, and has evolved from diner to restaurant back to, well, diner. New owner Richard Railey reopened the diner in September after giving the place a bit of an overhaul. Located on Eglinton near Warden, the surrounding area is very predominantly industrial, with most neighbours involved in the auto repair and sales trade.

With a high contrast theme of black booths and tables against white walls, the small space features an open kitchen and original photographs of the area from back when the land served as a munitions manufacturing compound during World War II. 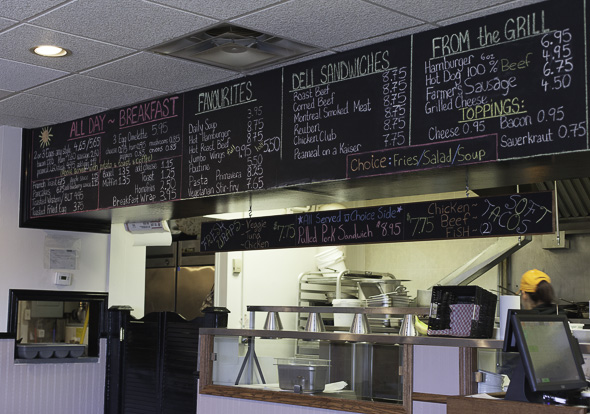 History lessons aside, the diner feeds locals with its all day breakfast, rotating daily specials and diner strongholds like corned beef sammies, hamburgers and hot dogs. The menu drifts a bit, offering fish tacos and Asian stir-frys, but classic comfort food is always the best bet. 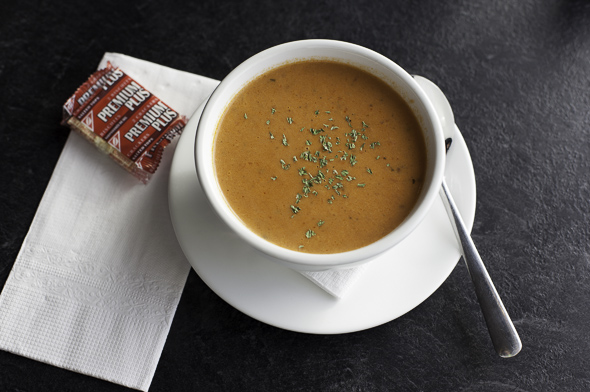 With it hovering at about -10°C, the daily Soup ($3.95) was a slam dunk. A piping hot bowl of pureed tomatoes lets the main ingredient shine and the side of Premium Plus crackers gives nice a dose of nostalgia. 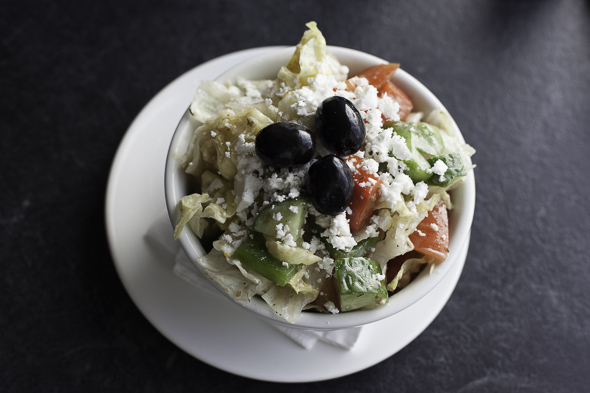 The Greek salad ($3.25) is a generous portion of produce with a tangy dressing. Usual suspects like cucumbers, lettuce, tomatoes and red and green peppers come topped with briney olives and crumbly feta cheese. It's a classic preparation, and all for the better.

Diners should have choice burgers, and Railee's has a solid contender ($6.95 plus $.95 toppings). It comes grilled with a slight bit of pink in the centre and juices running out for the egg bun to soak it up. Topped with standard burger fare, plus cheese and (4 slices!) of bacon for two extra bucks, this burger was hefty meal. A side of Poutine ($5.50) scored extra points for the intense beef gravy and proper cheese curds. 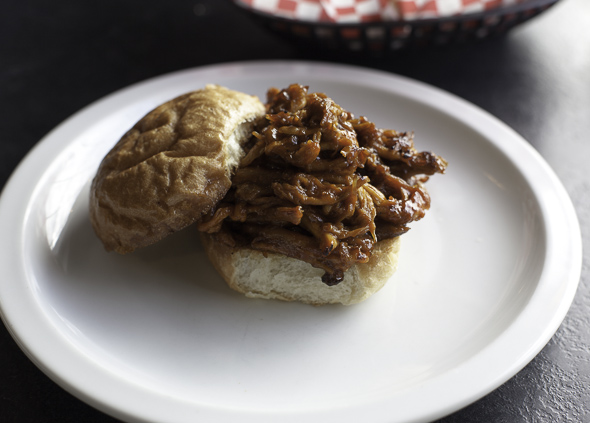 The Pulled Pork Sammy ($8.95, includes one side) also comes on a lightly toasted egg bun, and not much else. The pork, however, misses the mark. The sauce has no smoky element to it and is mostly just ketchupy red stuff that's too sweet and not complex enough to complement the pork, which also could have used more pulling. 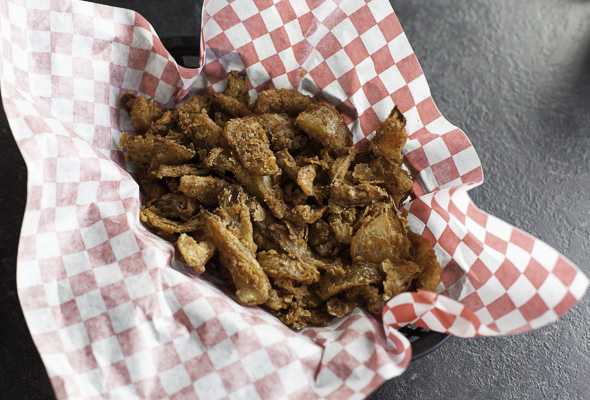 Onion Things ($3.15), on the other hand, are a magical creation. Anytime there's anything on a menu that's totally ambiguous it's pretty much mandatory for me to open that mystery bag and see what's inside. Onion Things, for those uninitiated, are slices of white onion, deep fried in a peppery batter similar to an onion ring, but better. The giant portion would have been improved by some side dip or sauce, though. 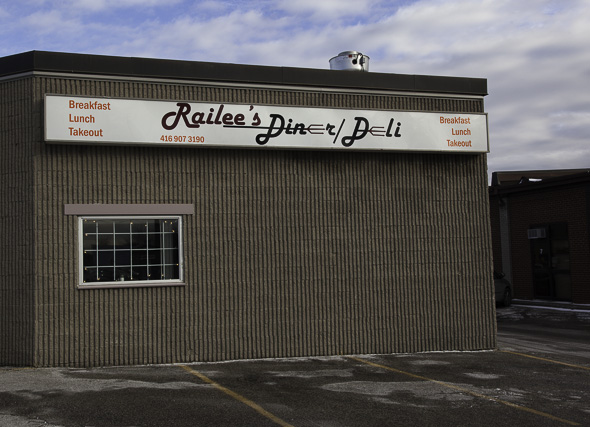 Railee's focuses on feeding people decent food at a fair price. The all day breakfast is popular here, especially since they open for business at 7 am Monday to Friday. With hopes of opening on the weekends and a liquor licence application pending approval, they once may again get promoted from diner to restaurant.