Raijin Ramen is the newest contender in Toronto's rapidly growing ramen scene. Those familiar with Vancouver ramen shops will note that Raijin is operating under the same owner as the popular Kintaro Ramen and Motomachi Shokudo. Taking over the former Creasians BBQ at Yonge and Gerrard, Raijin has chosen a prime location for both students and hungry shoppers from the Eaton Centre. 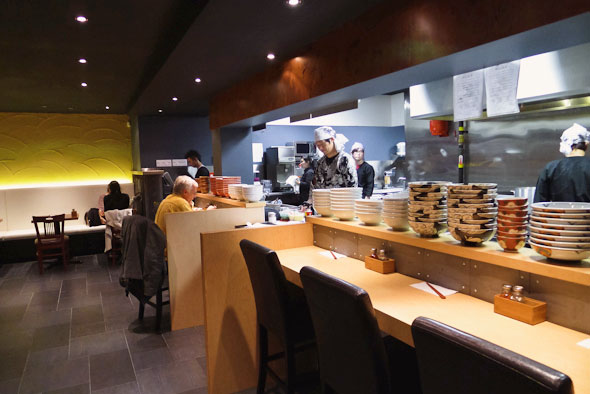 The interior features a front dining space that includes bar seating (currently without liquor license) as well as a quieter dining area in the back. The combination of the two allows Raijin to seat around 70 patrons at any time, a noteworthy contrast to the smaller ramen shops that people have found themselves queuing in long lines for.

Upon our entrance and throughout the meal, the staff was attentive and courteous without being invasive, and seating was comfortable and spacious. At the time of my visit, Raijin was in its soft opening phase and there was no alcohol on the menu as well as limited side dishes available. 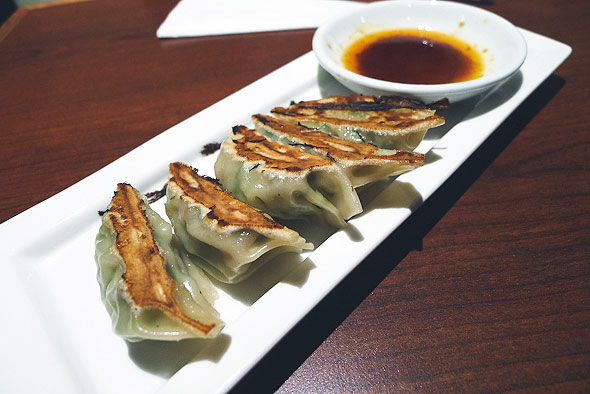 We started off with a small order of pan fried gyozas ($2.50 for 5), which came with an accompanying soy-based sauce. I enjoyed the wonderfully thin dumpling skins, but the pork filling could have been more plentiful. 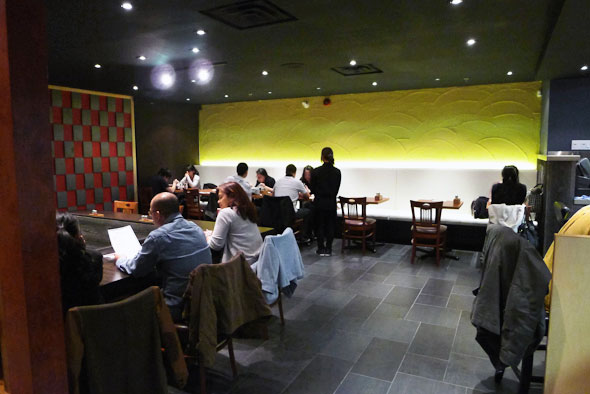 Shortly after, our two bowls of ramen arrived. I opted for the Shio Tonkotsu ($9.50), consisting of cabbage, green onion, wood fungus, half a soft boiled egg and a few slices of pork shoulder over their shio tonkotsu broth. The egg was cooked perfectly, but I found the pork shoulder fairly mediocre--a bit too lean and tough compared to other Toronto ramen shops. The noodles were fantastic with a nice thickness and slightly chewy texture, however they did have a stronger alkaline taste which some people may not prefer (although I loved it). 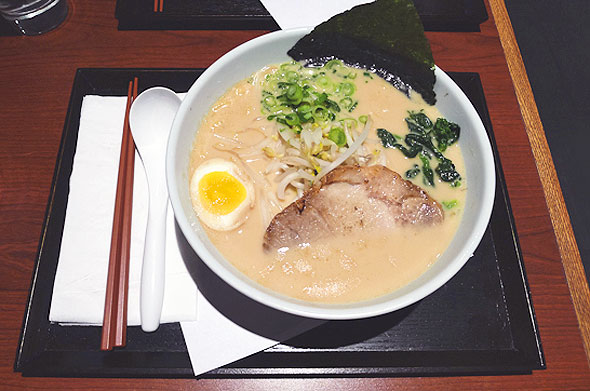 My dining partner chose the Shoyu Tonkotsu ($9.50) which featured essentially the same toppings, but favoured bean sprouts over the wood fungus. Personally, I thought the broths for both bowls were not impressive at all. They did not come close to the creamy pork bone broth that Sansotei offers, nor did it have the richness or depth of Santouka 's broth. The portion of noodles is very large for the price though, comparable to Kinton portions for sure. 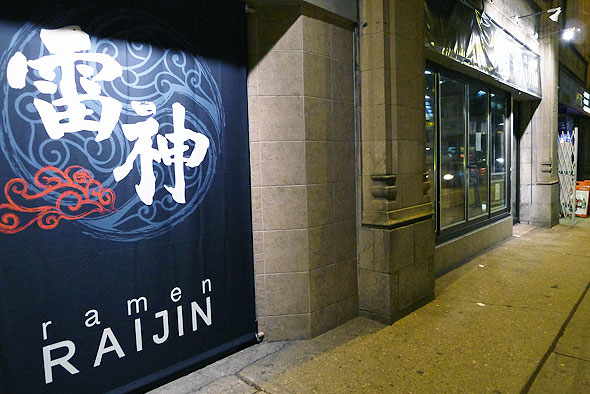 Overall, I was a bit let down by Raijin, based on the reviews of Kintaro and Motomachi. Considering the number of ramen options that Toronto has amassed within the past few months, I wouldn't put them at the top of my recommendation list, but a return trip will be required in order to try their chicken-based ramen offerings. On the plus side, if you can't stand waiting in line for a bowl of noodles, then I'm sure Raijin will be able to seat you faster than any other ramen shop nearby.

Writing and photos by Bryan Chang