Pulp Kitchen is back again — this time, sharing space with LPK's Culinary Groove at Queen and Broadview ( UPDATE: Pulp Kitchen is now located across the street and LPK's has closed). The green storefront area doesn't afford the luxury of an autonomous space for each, though knowing the owners of the two businesses, I don't think they would much care for partitions anyway. 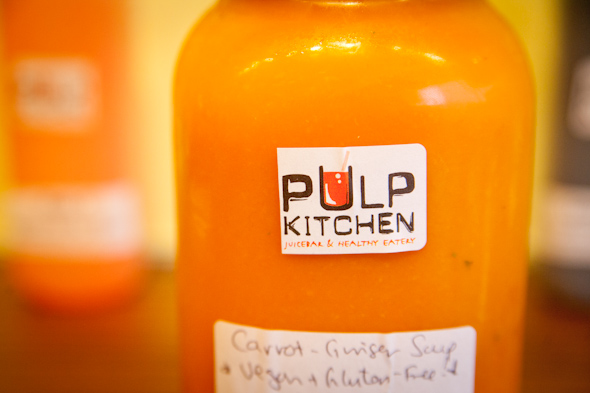 Pulp Kitchen has jumped around over the past few years--switching hands and surroundings while generally staying in the Leslieville area. Now, original owner Marie Crawford has taken the helm once again and is running the business solo. "It's been a long, confusing road," Marie tells me as I check out the new Pulp Kitchen about a week after its (re)opening. She says old partnerships got complicated, so much so that it was time to dissolve and start anew. 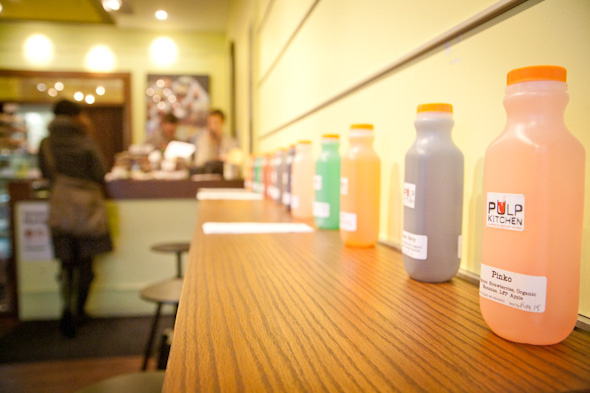 Marie says she and Lesia of LPK have been longtime friends and have occasionally sold each other's products at their various businesses. Looking to stay in the Leslieville area, Marie says the decision to share space with LPK just seemed to work. "I find it shocking that even now — and Leslieville has changed a lot since I first started--there really aren't a lot of options for people looking for vegan food. For some reason, they all seem to be further west." 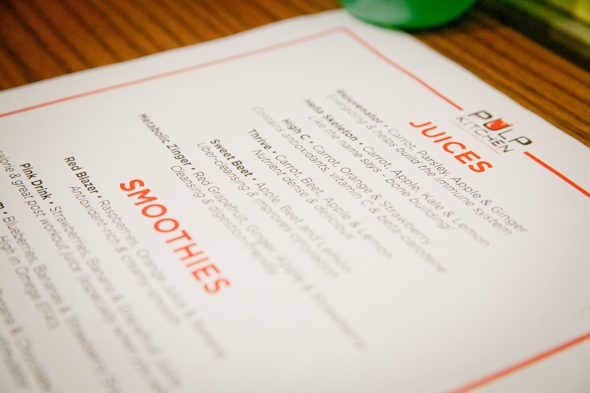 Because of limited space, the new Pulp Kitchen will be mostly takeout. The menu is generally the same, minus a few of the flash heat options such as vegan mac and cheese and vegan bangers. And for now, sadly, no brunch. The offerings that are left, though, are by no means meagre, and include soups such as red lentil miso and kale and sweet potato ($4.95), sandwiches such as the whole wheat tortilla wrap and famous PK sandwich ($6.50), and various salads, juices, and smoothies ($5.50). Where applicable, tofu breading and the like is gluten-free and greens are generally organic. 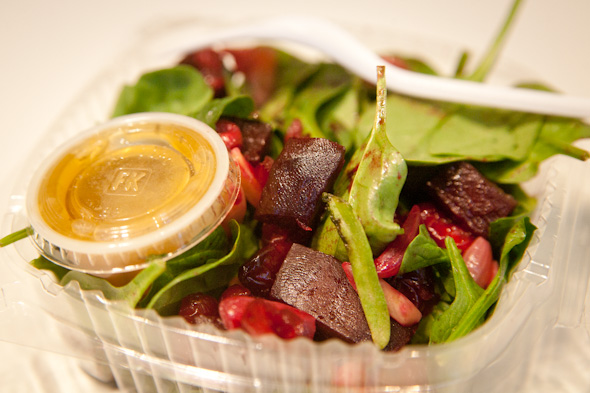 I go for one of the new juice options — the "Metabolic Zinger" made with red grapefruit, ginger, apple, and strawberry. Usually I'm grapefruit-opposed, but the "digestion friendly" tag has caught my attention, especially since I can feel my third coffee of the day start to wear away my stomach lining. Marie tells me the blend was actually a certain customer's favourite, and since it ended up tasting great, she decided to add it to the menu. 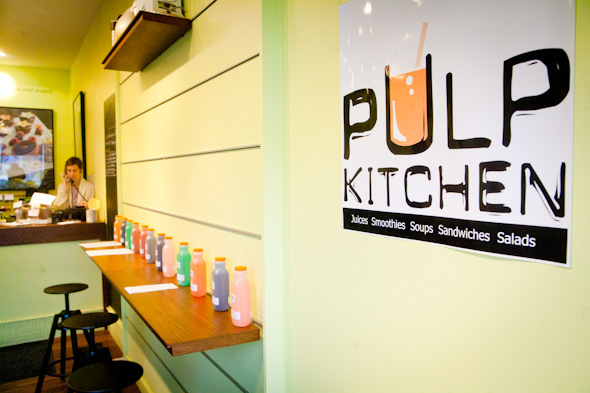 Indeed, to my delight, I taste only hints of grapefruit; just a bit of tartness mulled by the sweet other fruits. No one flavour overpowers the other and thus, creates a nice, refreshing stomach-lining soother. I'm reminded of what made Pulp Kitchen so popular throughout its various moves, and hopefully this time, it's here for more than an extended stay. 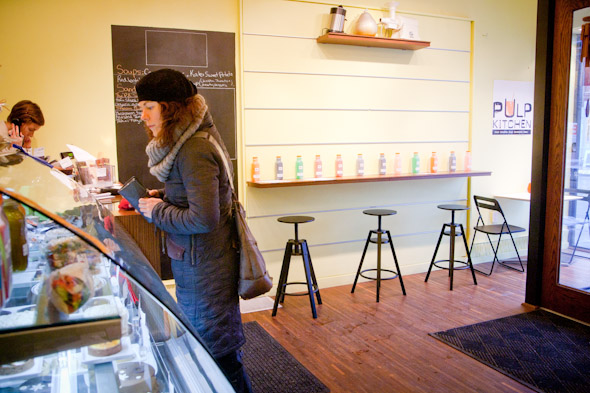 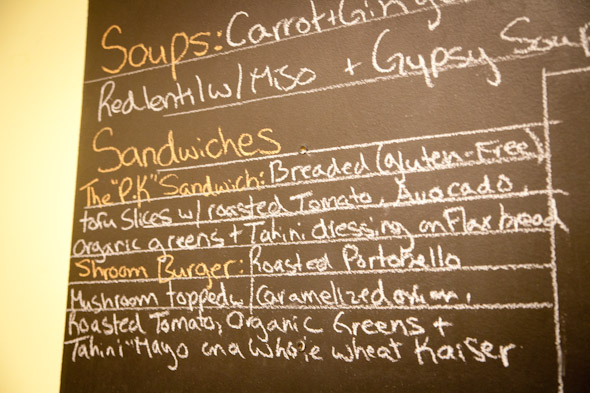 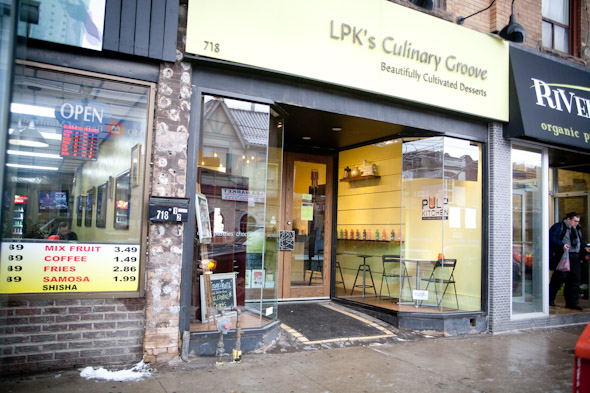