Potatopia Toronto is currently open but their offerings and services may be affected due to the pandemic. Please contact the business directly for more information about any changes. Is this your business? Please contact us if you would like to update this message.

Potatopia is a food court stall specializing in, surprise, all things potatoes.

The first location of this New Jersey-based franchise to land in Canada, you can find Potatopia in the lower level food court of the Yonge Sheppard Centre. 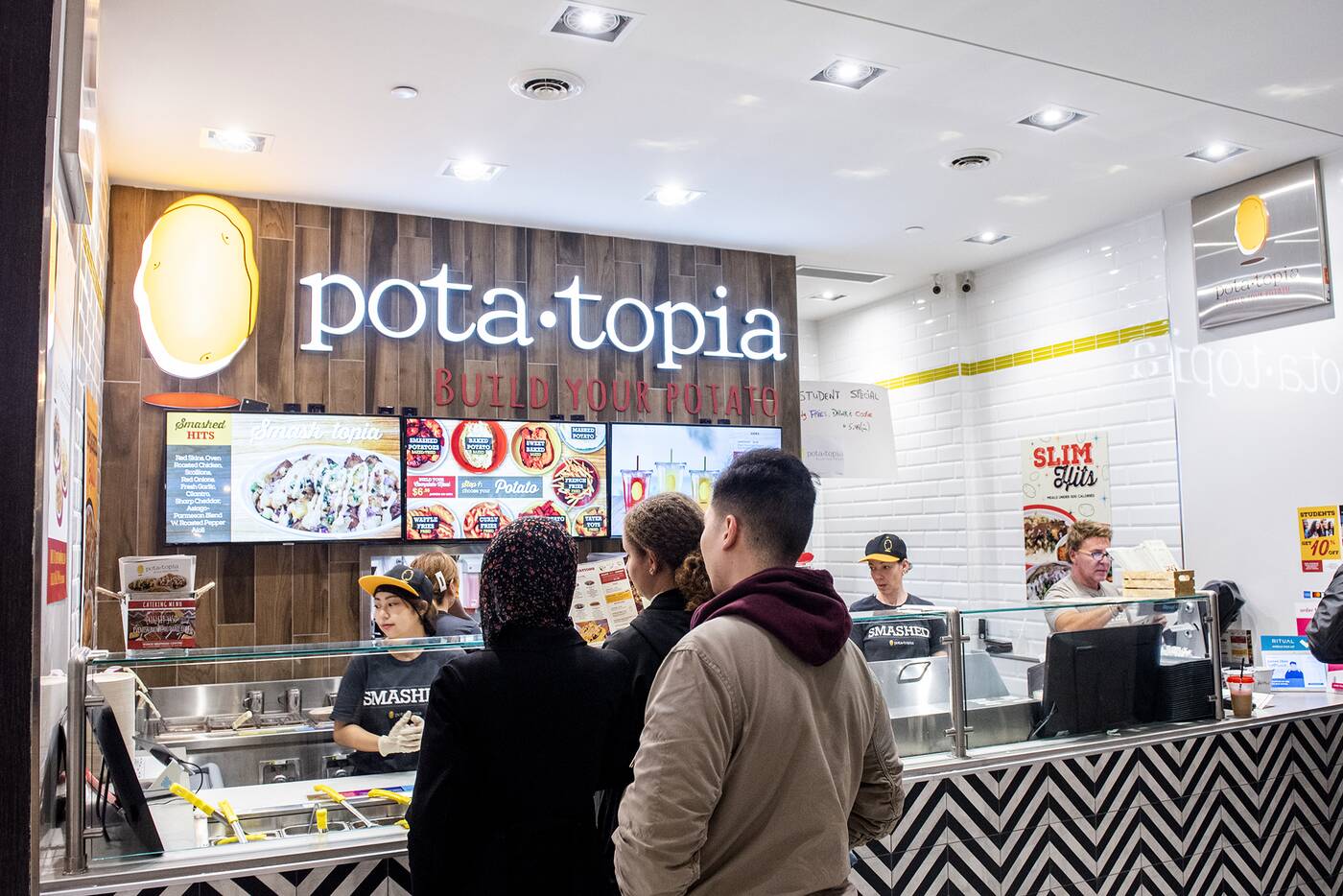 Sandwiched between a Popeyes and an A&W, this starch-centric stall stands out from its fast food counterparts with tater options that go beyond your regular fries. 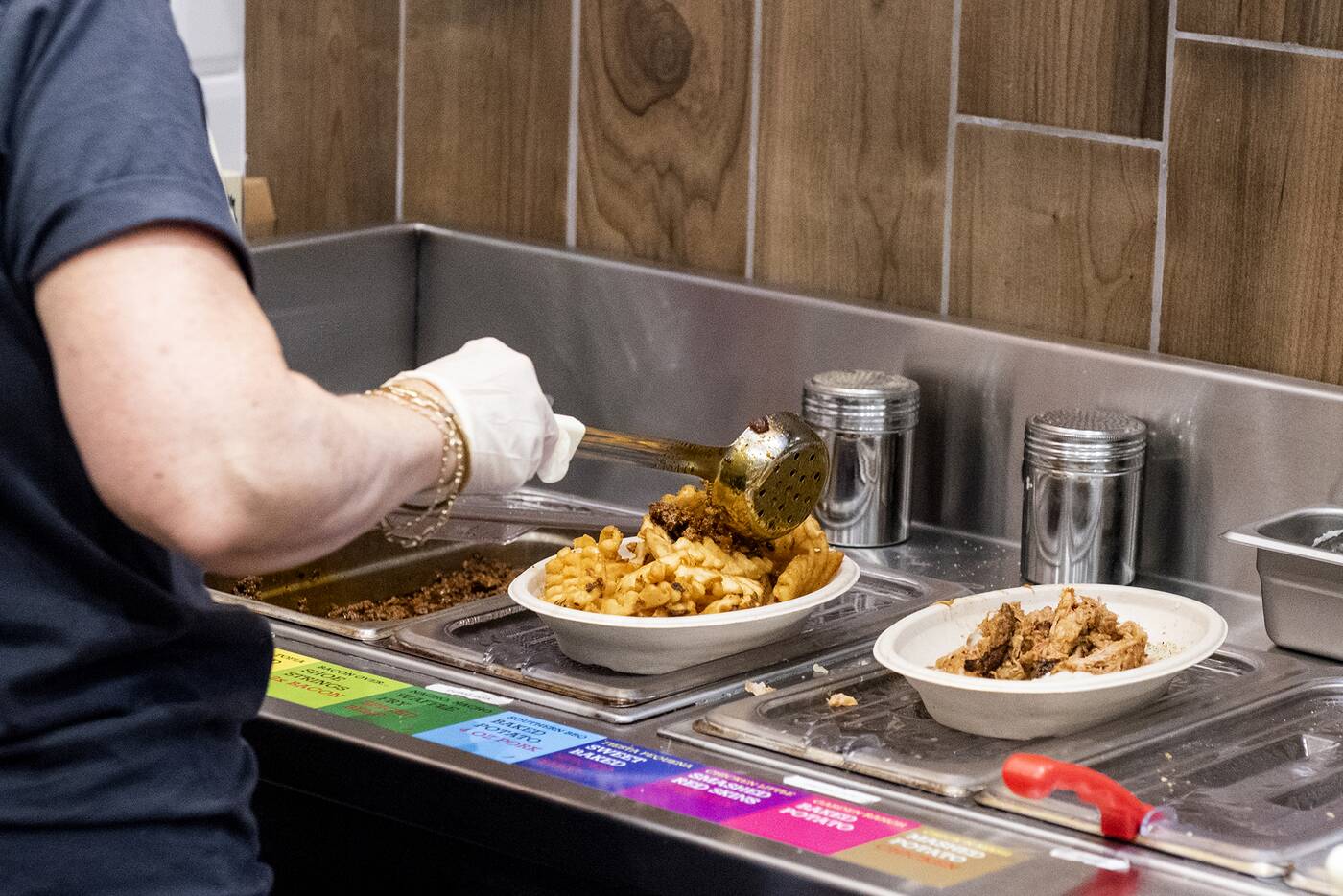 It truly is a utopia of spuds here, where potatoes come in eight different ways, running the gamut from cajun curly fries to whole baked potatoes and even sweet potatoes. 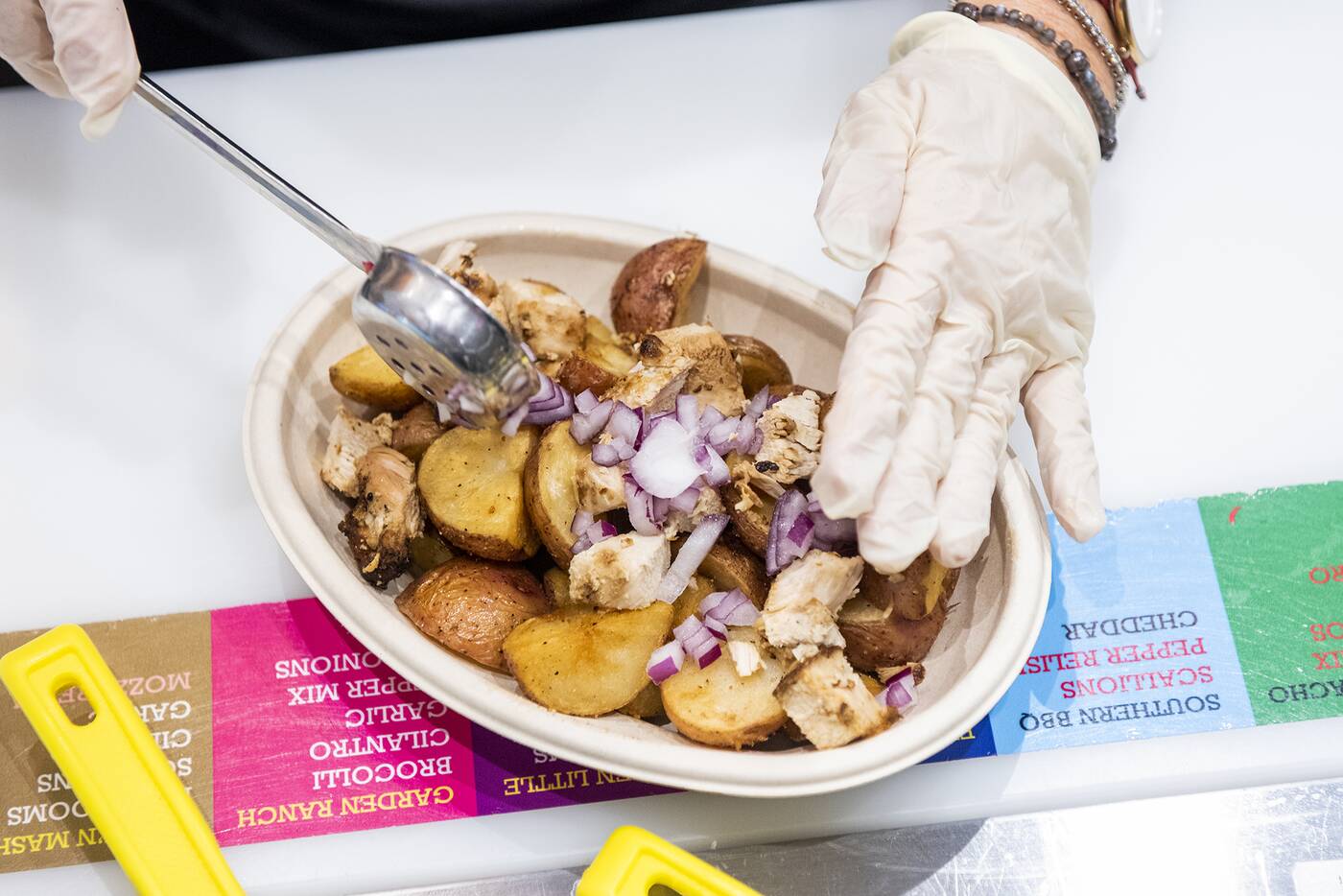 What's good about Potatopia is the fact that you can build your own meal starting at $6.99, and your meal doesn't necessarily need to be a cheesy, gooey, overloaded mess that will put you to sleep (unless you want it to be, in which case, no judgment here). 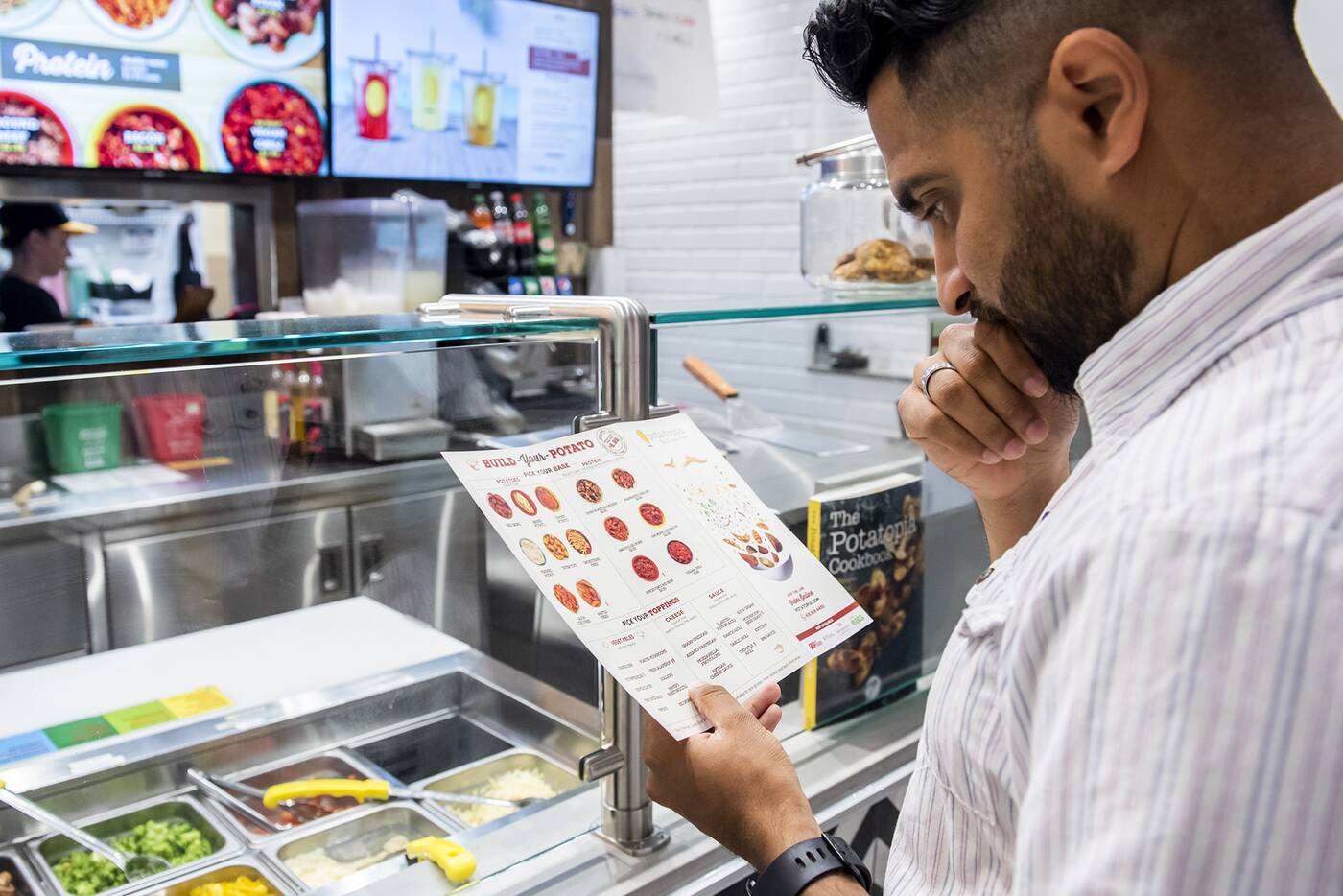 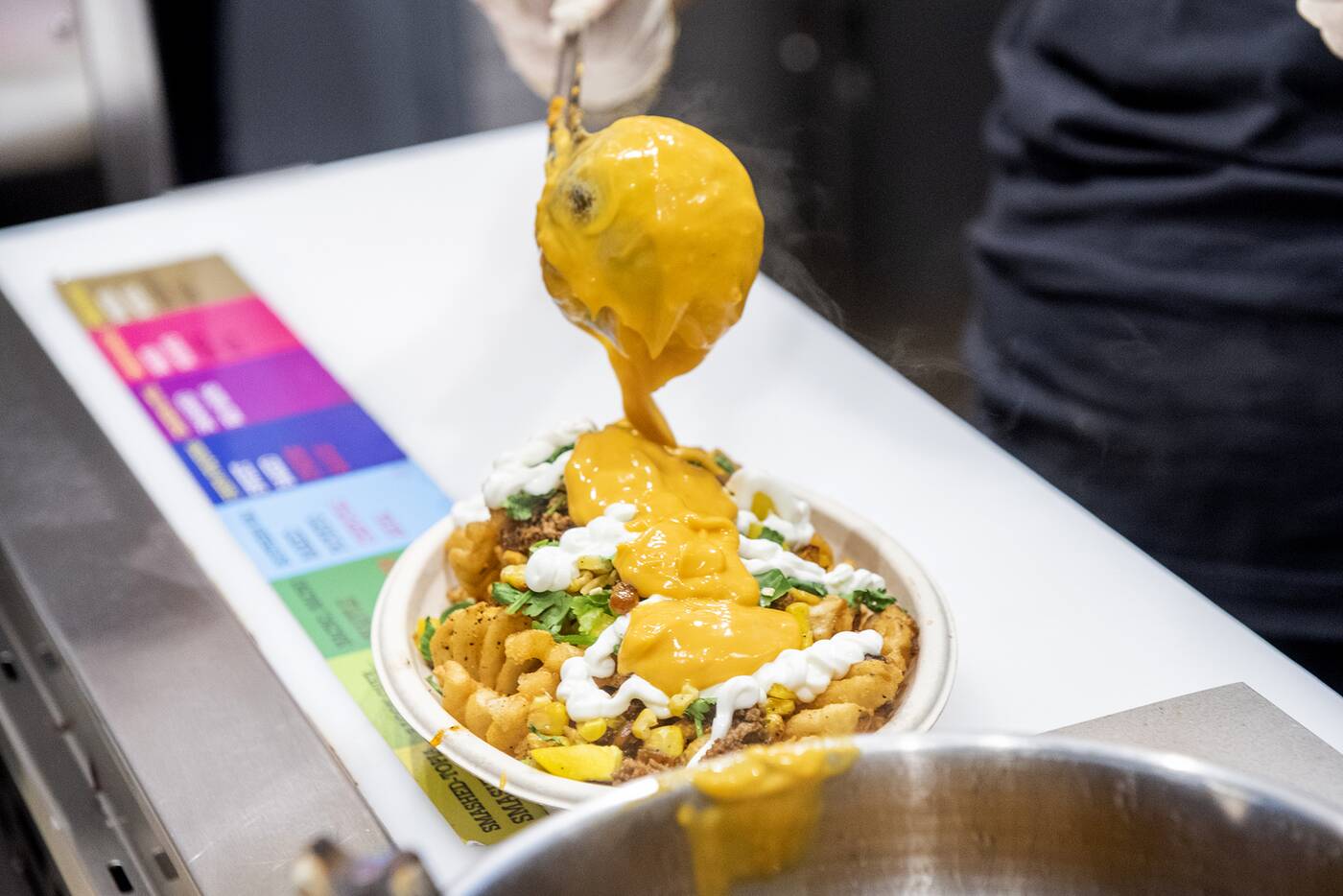 Unlimited veggies like minced garlic, scallions, or roasted mushrooms are next, but we all know stringy, melty cheeses are the star of the show. 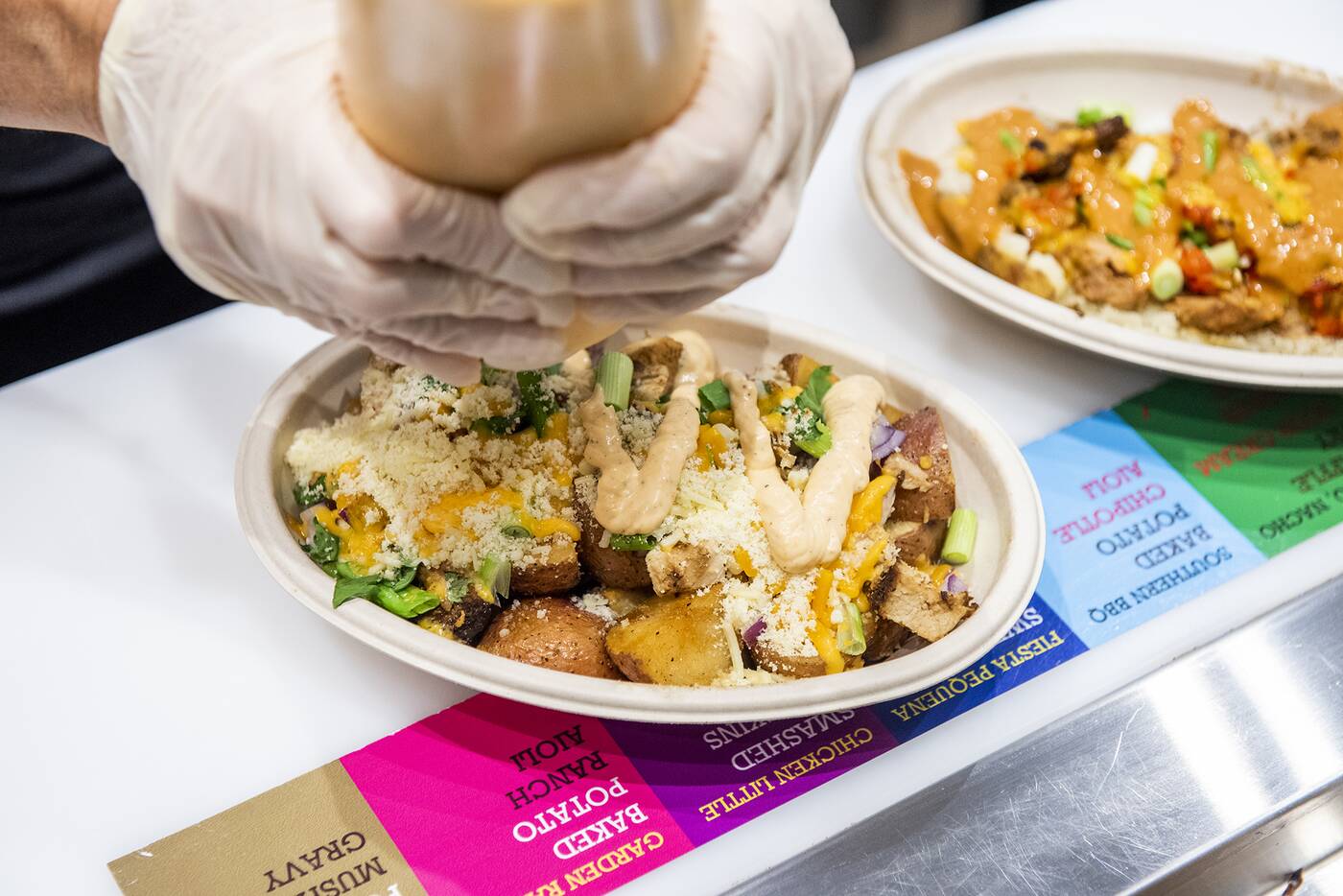 Pick from cheddar, asiago-parmesan, mozzarella provolone, or cheese sauce before your meal goes in a toaster oven for a few minutes. When it comes out, you can make it as saucy as you want with drizzles of different flavoured aiolis, sour cream, or gravy. 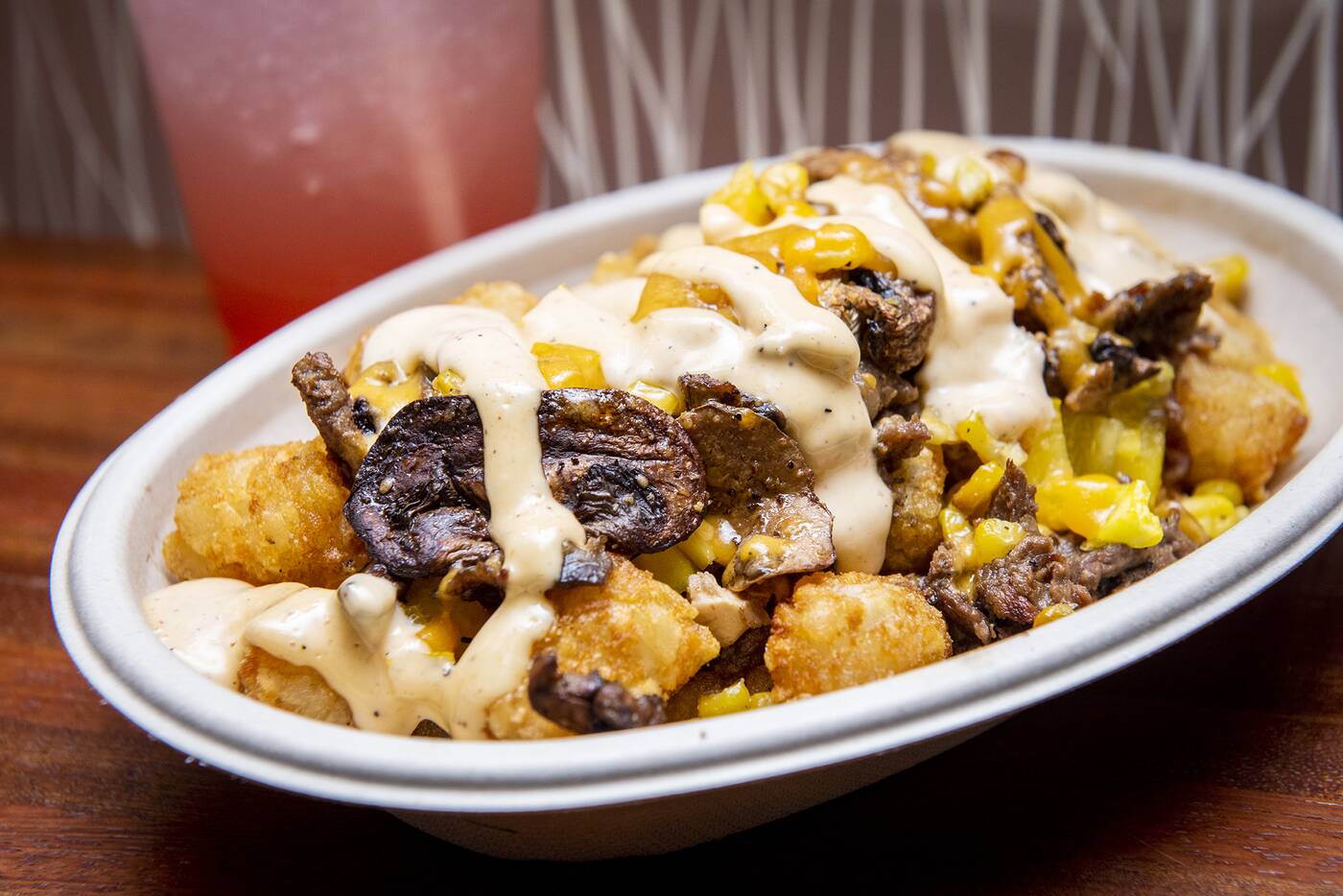 If you want to keep it simple, there are plenty of pre-set orders to choose from. 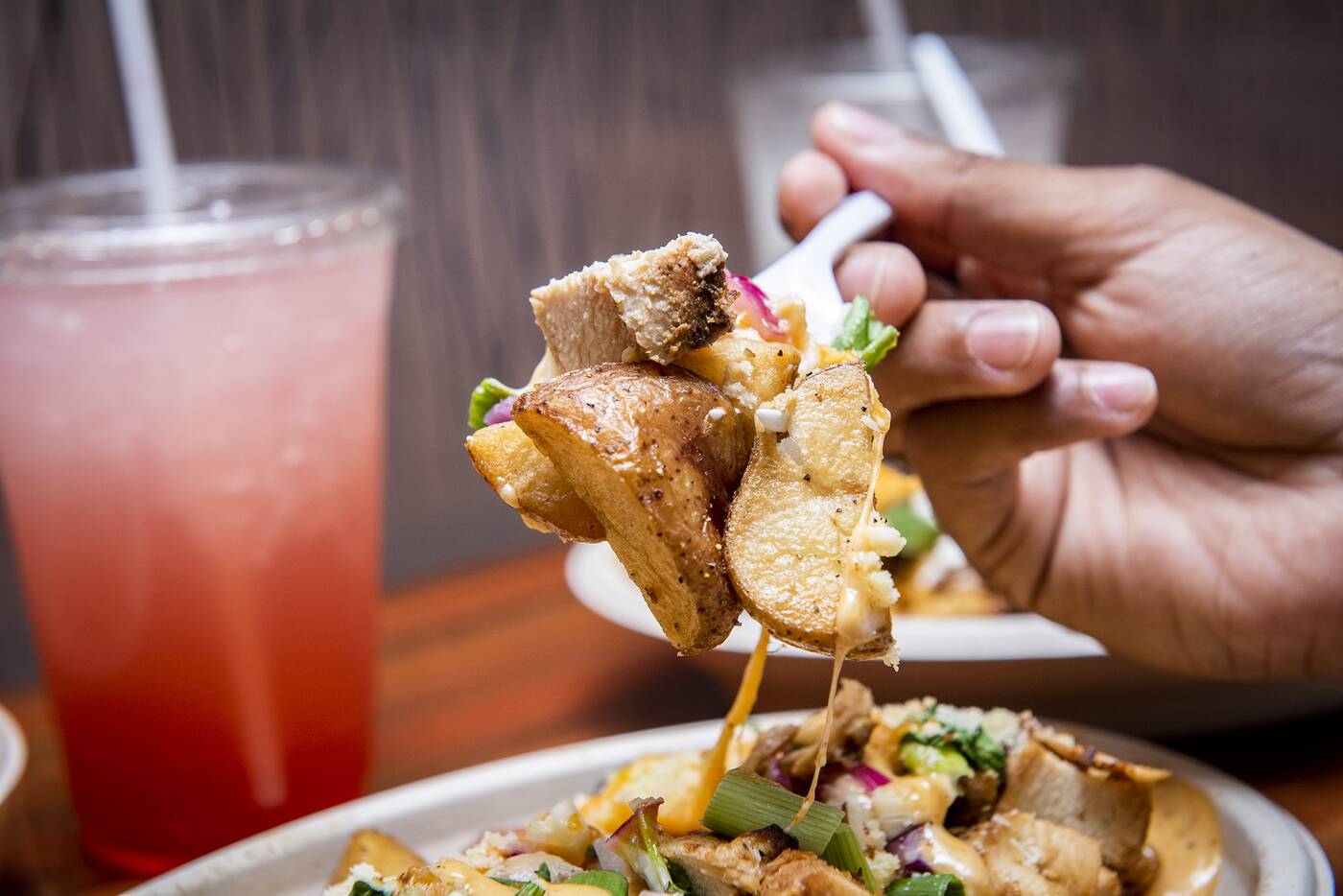 The most popular one is the SmashTopia ($10.07), an easy favourite of red skin potatoes, chicken, cheddar, parmesan, and roasted pepper aioli. 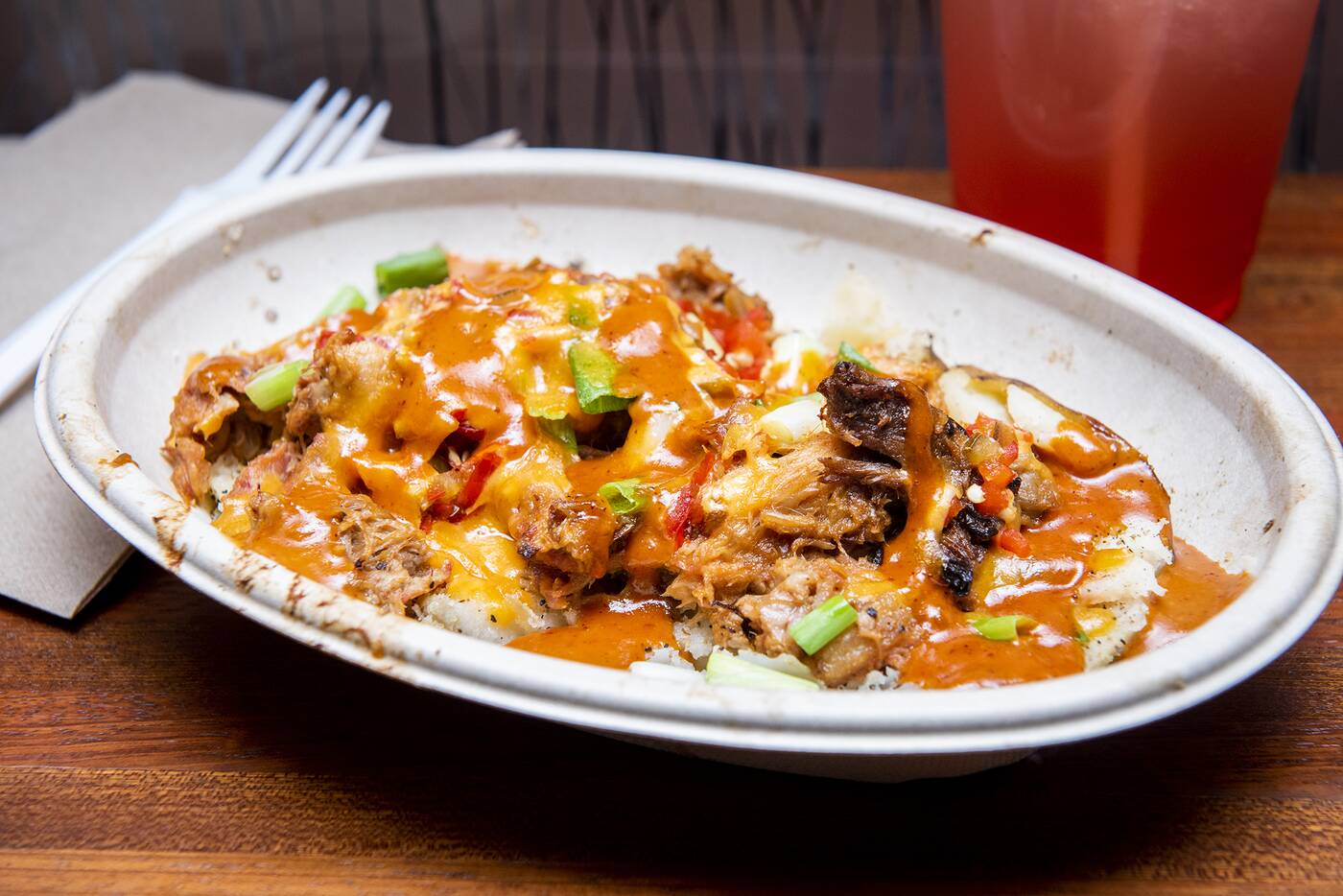 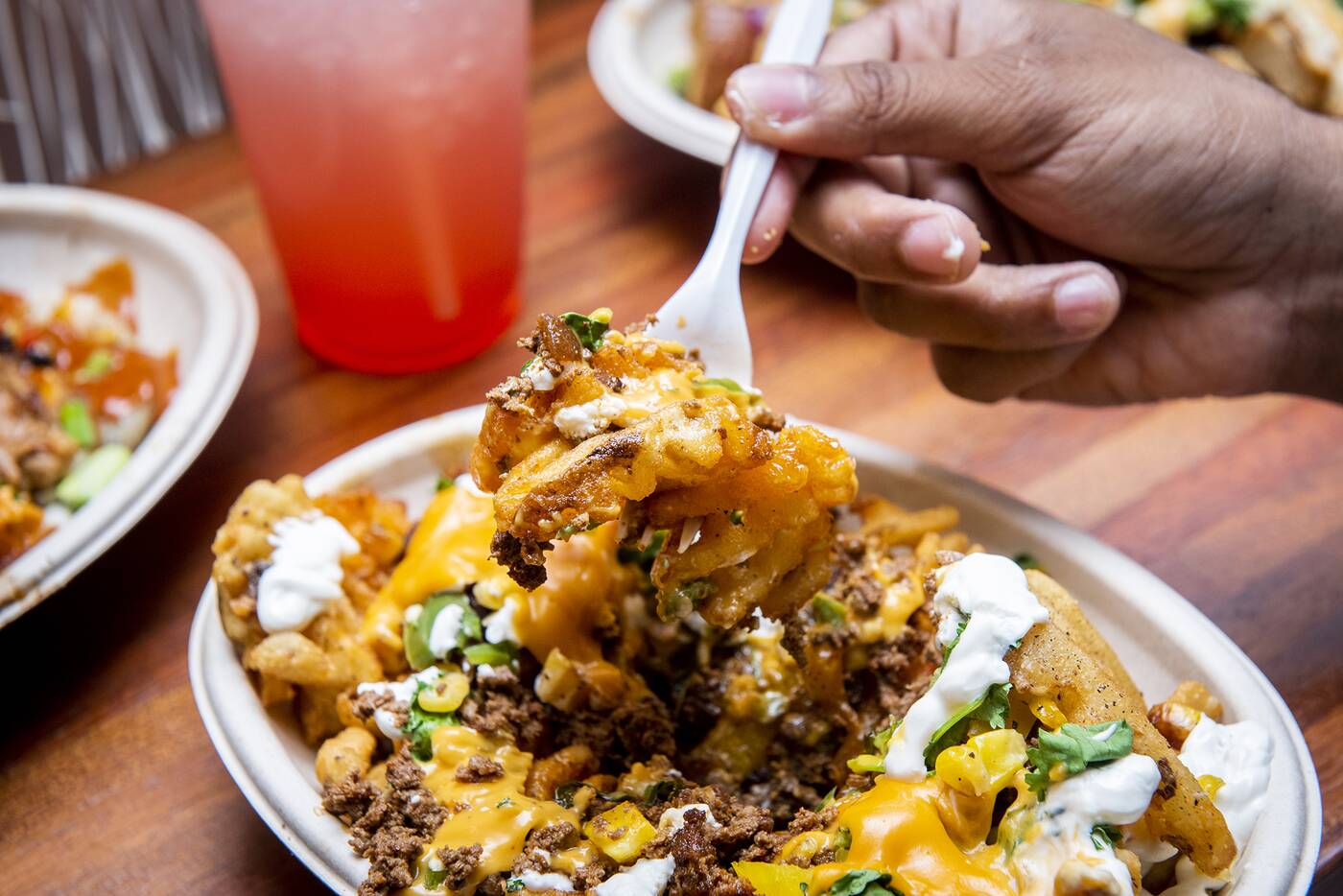 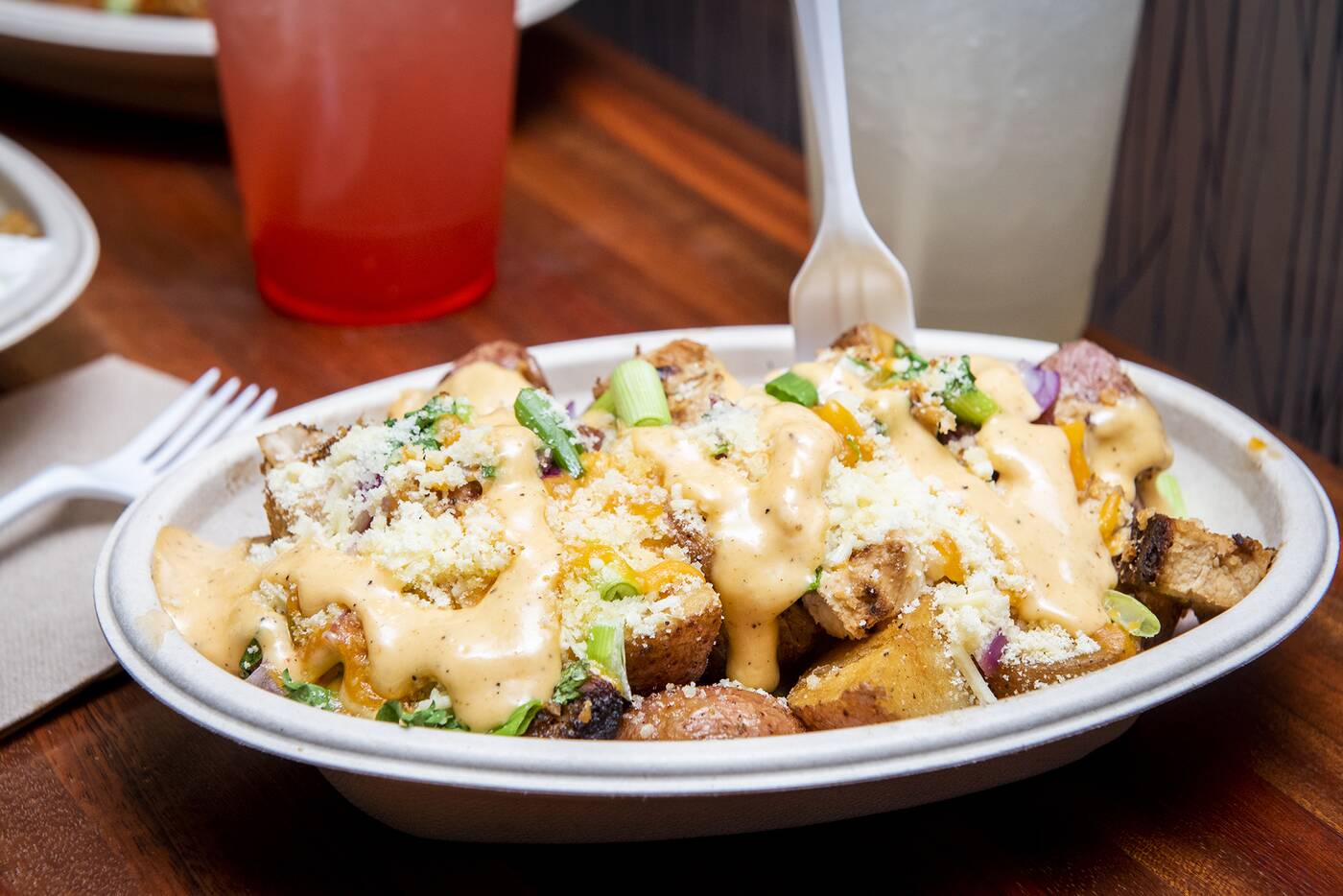 An order of the house lemonade ($2.29) in plain, raspberry, strawberry or pineapple is a needed refresher for this carbtastic meal.

There's no doubt you'll be leaving Yonge Sheppard Centre full after hitting up Potatopia, which is what you want after a trip to the food court, but maybe without that greasy feeling from fried chicken or onion rings. 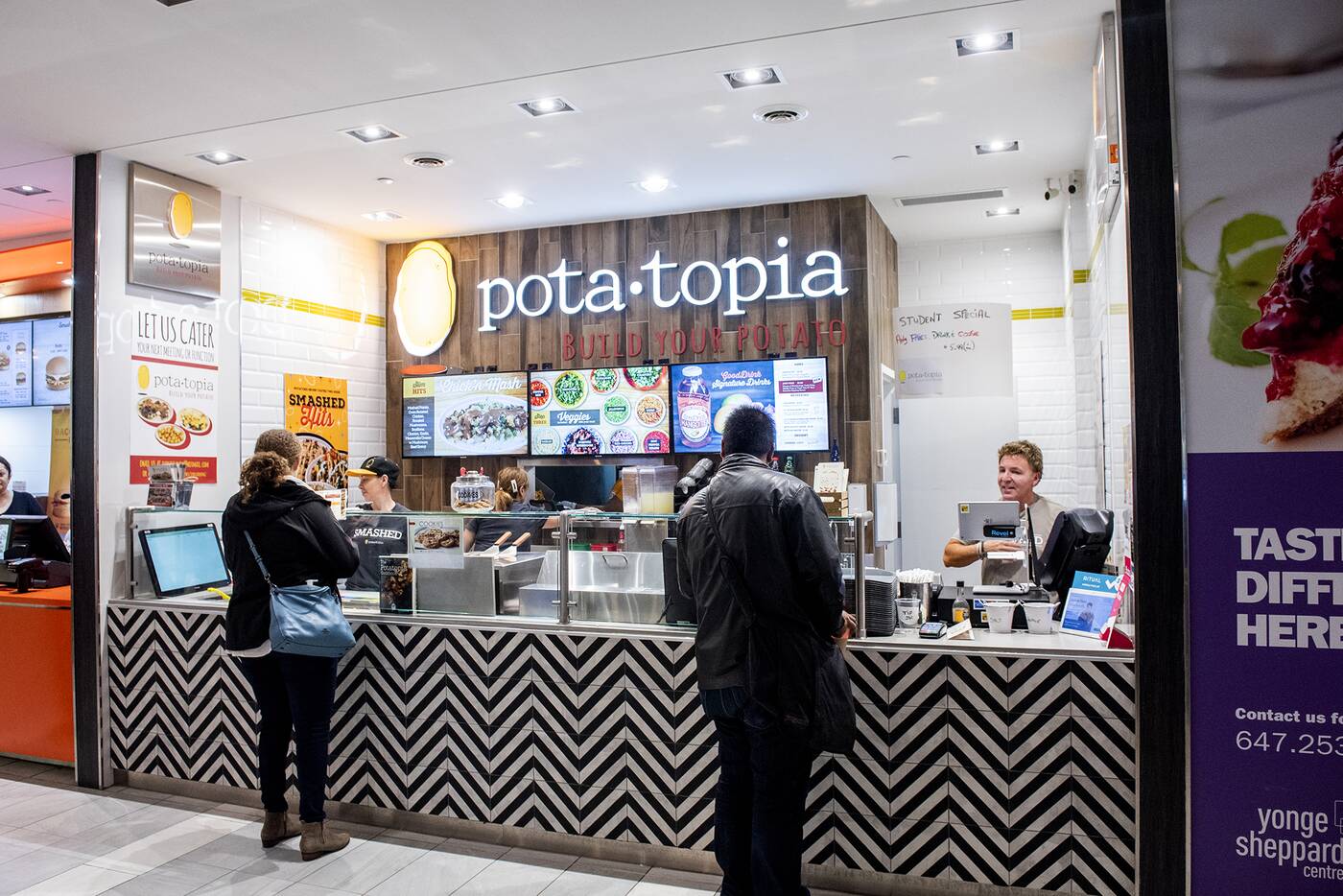