Playa Cabana sits on a quiet residential stretch of Dupont Street just east of Davenport, and is one of the more recent arrivals to the Mexican restaurant scene in Toronto. Its name translates to "beach cabin", and although there isn't any water in sight, the organic, cottage-y vibe of the place helps Playa Cabana live up to its name.

We were hoping for a seat on their patio, but saddened to find there were none available. It was surprisingly busy, given that it was a Tuesday night. We were put on a waitlist for outdoor seating and then snagged a table inside by the window. This way we could at least see the patio people and live vicariously through them. 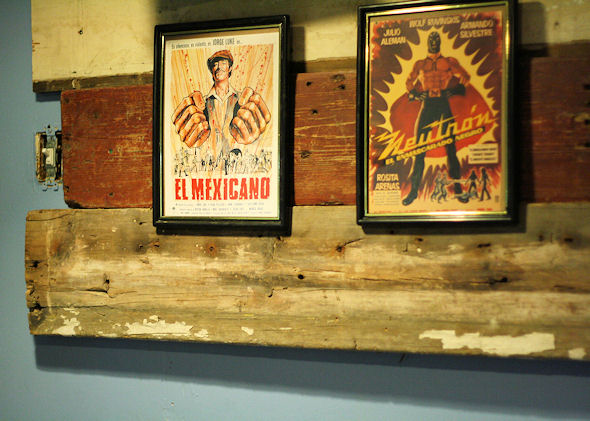 Our jealousy of the patio dwellers was short-lived as inside seating didn't prove to be a poor substitute. Although I wouldn't say the decor is traditional Mexican, the heavy emphasis on wood and exposed brick definitely lends a cabin feel giving the cabana part of its title some credence. As for space and seating, some may say cramped, but I say cozy.

Playa Cabana is also something of a tequila bar so we had to sample their wares, and they have a lot to offer in this domain. Their tequila menu consists of 32 selections and as if this wasn't enough a note at the bottom of the menu states, "Ask your server for a more extensive list". 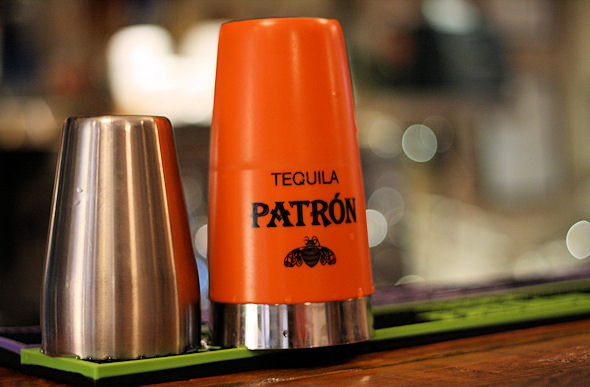 They also have pitchers of house drinks. Yes, pitchers. I was initially drawn to the mojito, but this being a Mexican restaurant, and not a Cuban one, we went with a pitcher of Amber Agave margarita ($39). Made with El Jimador Reposado, it's sweetened with organic agave nectar and freshly squeezed orange juice, as opposed to triple sec or cane sugar. Only the price stopped us from going back for more. 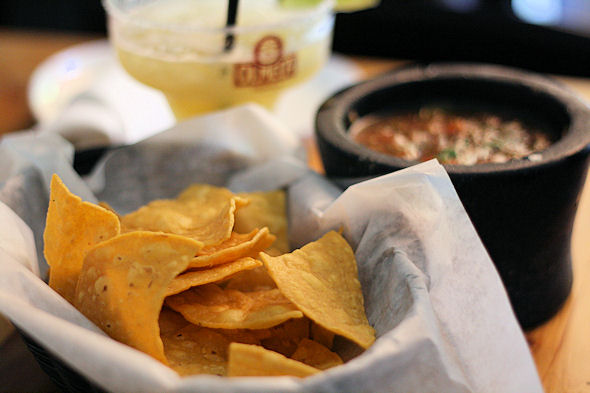 While waiting, we ordered some nachos and salsa ($3) to inspire thirst. The salsa was on the watery side, but the hand pressed corn tortilla chips made up for it. 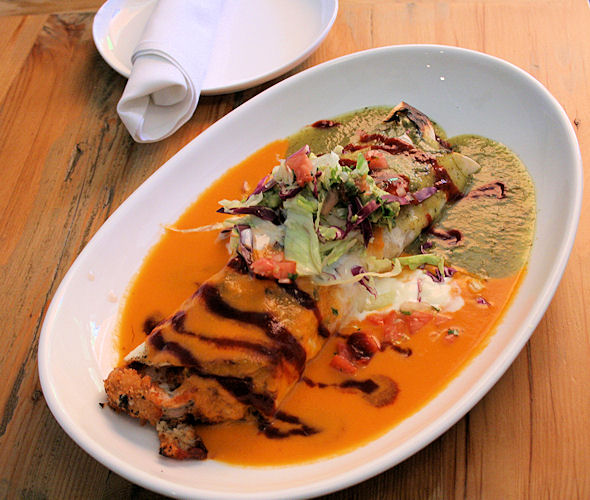 For mains, Steph ordered the Pollo Milanesa Chipotle Burrito ($15) while I went with the Tacos de Pescado ($12). Now I know traditional Mexican burritos are typically eaten with a knife and fork, however I still think that a burrito tastes better when eaten by wrapping ones hands around it. Steph was unable to do this as it came heavily adorned with colourful sauces and could not be picked up. The battered and fried chicken came blanketed by rice, beans, Oaxacan cheese and the aforementioned sauces, that were mild and tasted strongly of tomato. 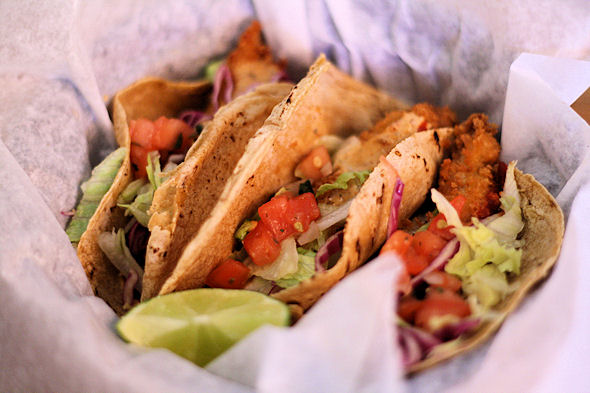 My three "catch of the day" white fish tacos (bass on this day, to be precise) looked good but lacked flavour. Cradled in corn tortillas, the fish was deep-fried and came served with rice and beans (choice of black or pinto) and a trio of salsas, none of which had the kick I was hoping for. 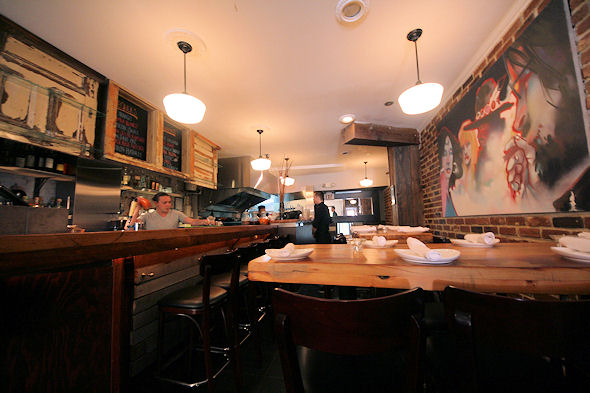 We never did get those patio seats. I'm pretty sure the pitchers decorating every table may have had something to do with this, and it's hard to be angry at a pitcher. Fortunately, a bigger backyard patio is in the works.

Footnote: I returned on a much quieter Thursday to take some more interior and exterior shots, hence all of the available seating... but believe me - the place was hoppin' on a Tuesday. 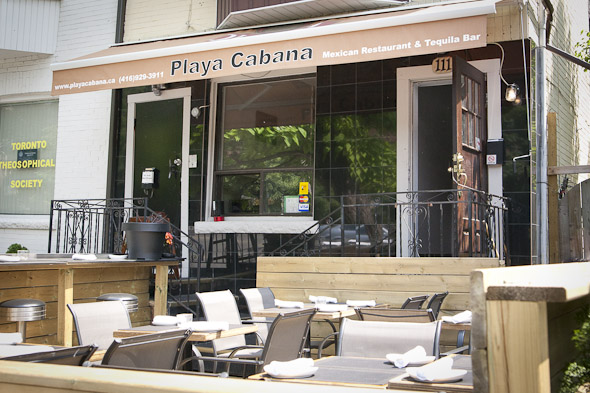