Pier 6 is here for all of your seafood cravings. The spot on Weston Road is geared toward takeout with plenty of hungry customers coming to the front counter to place their order to go. 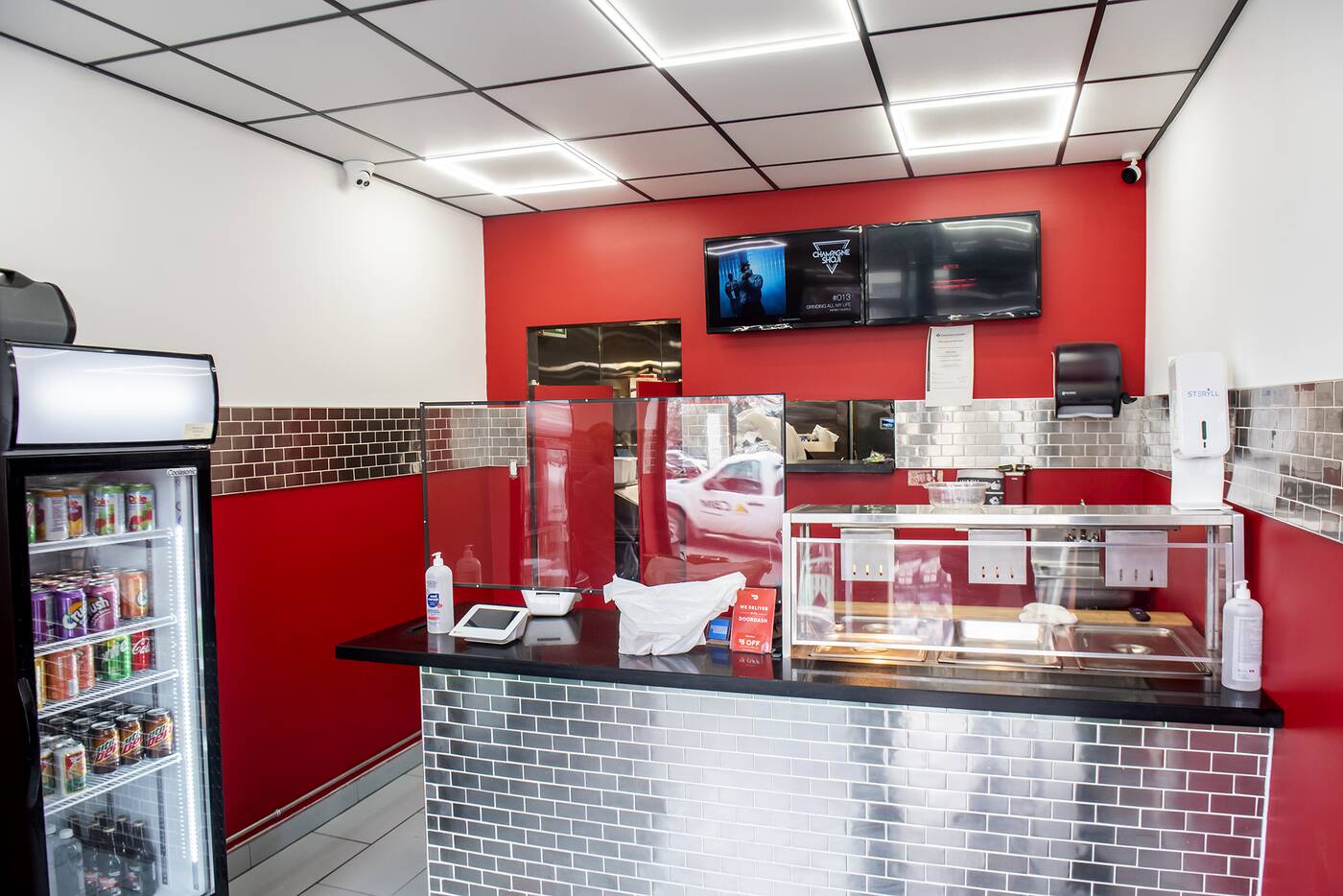 They have shrimp, salmon, crab, lobster and seafood boil, which you can drizzle in sauces before being chowing down. 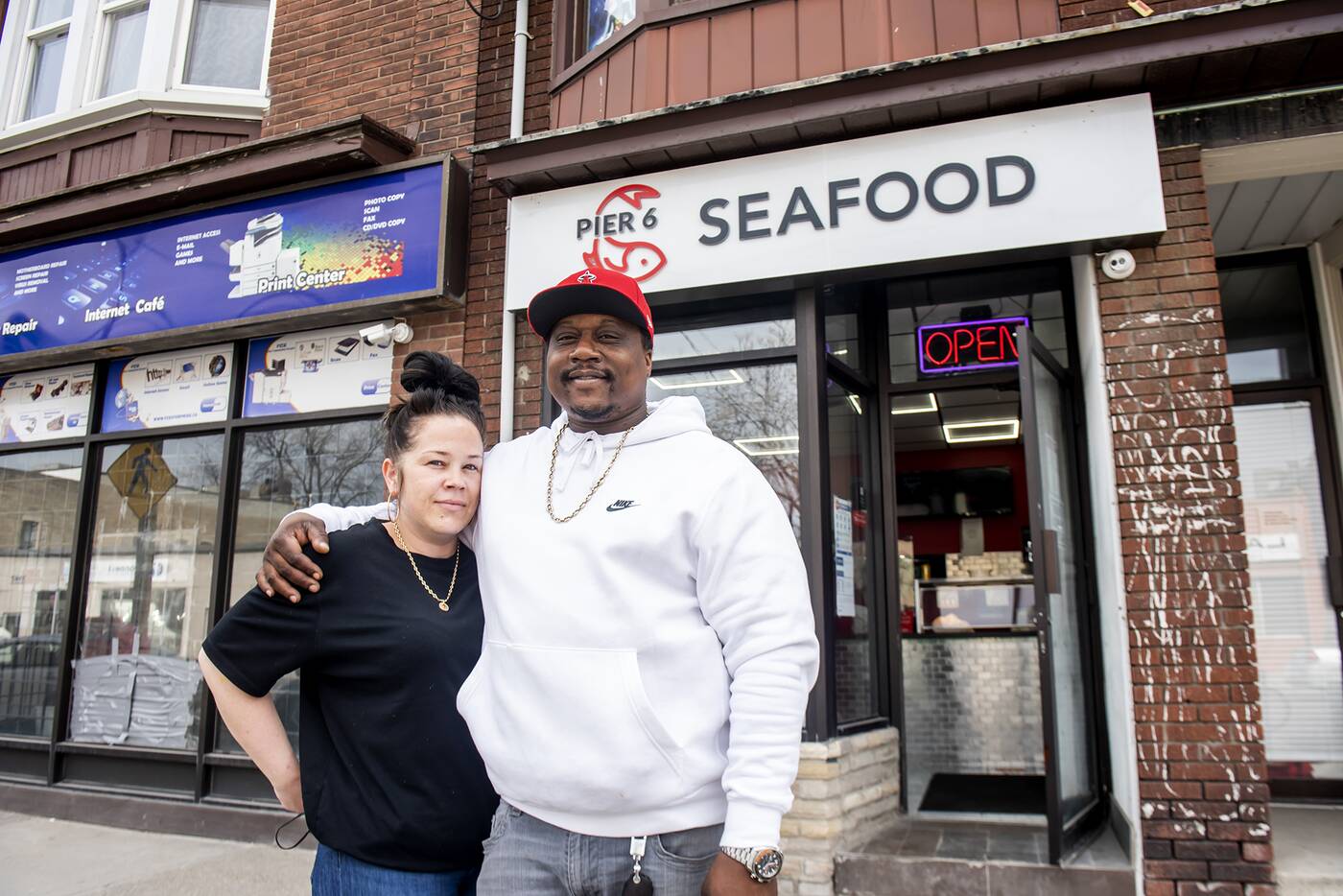 Darren and Sarah Cameron knew if they were to ever open a restaurant, it would be right here in the neighbourhood they've both grown up and raised their family in.

It's an extra special bonus that their store is just a few doors down from where their close friend, and godfather to their oldest, used to run a bakery and local hangout in the '90s. 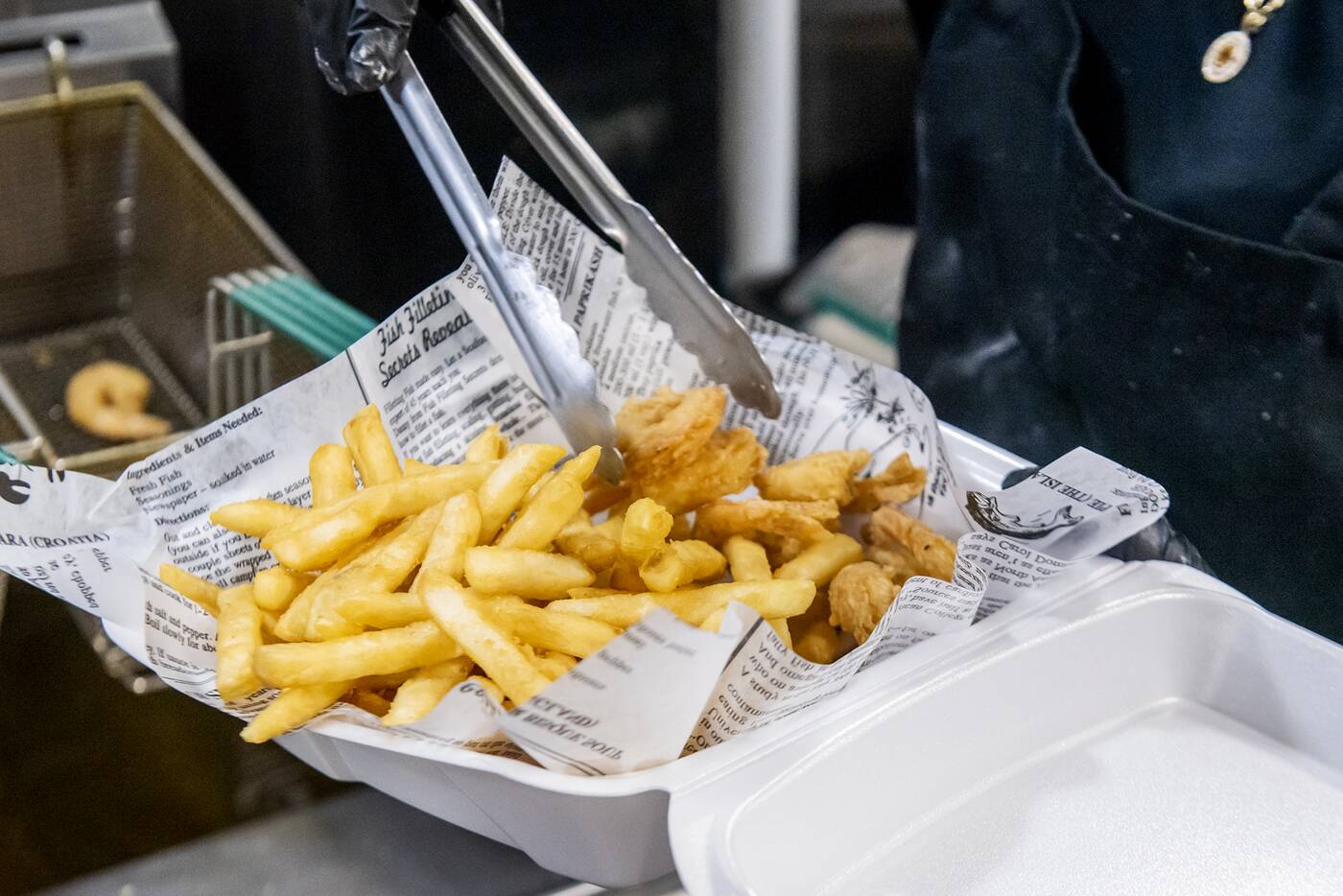 Though neither of them has much in way of culinary experience, besides Darren's time working in a few fast-food joints when he was younger, the long-time pescatarians figured Toronto needed more late-night non-meat food options. 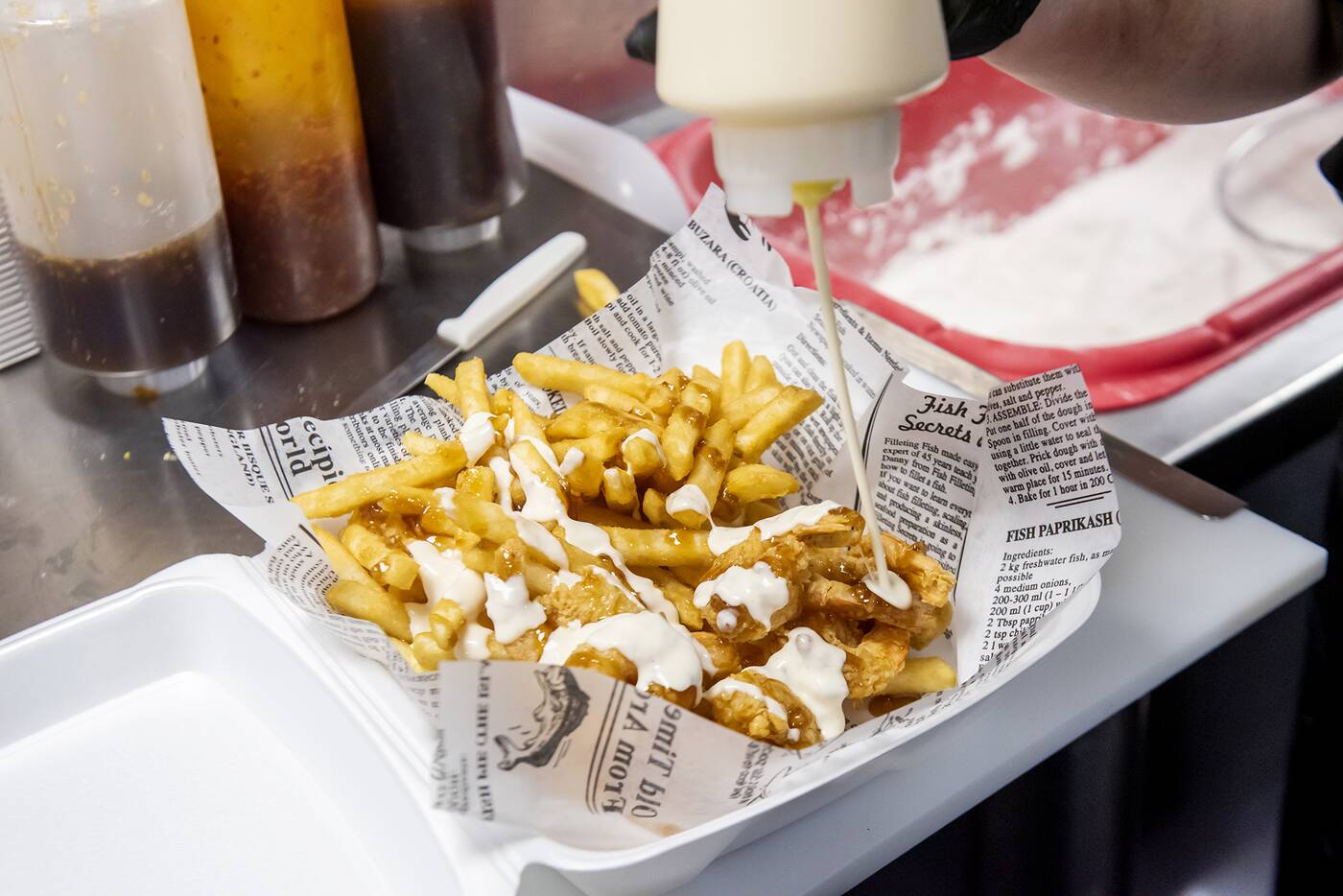 What the couple lacks in experience, they make up for with experimentation. All of the recipes have been formed by trial-and-error, only offering food they'd order themselves.

Each combo is served with side and sauce, and is best enjoyed with the latter slathered over the entire contents of your order. Some of the sauces include lime tequila, honey garlic, sweet chili, buffalo butter and honey hot. 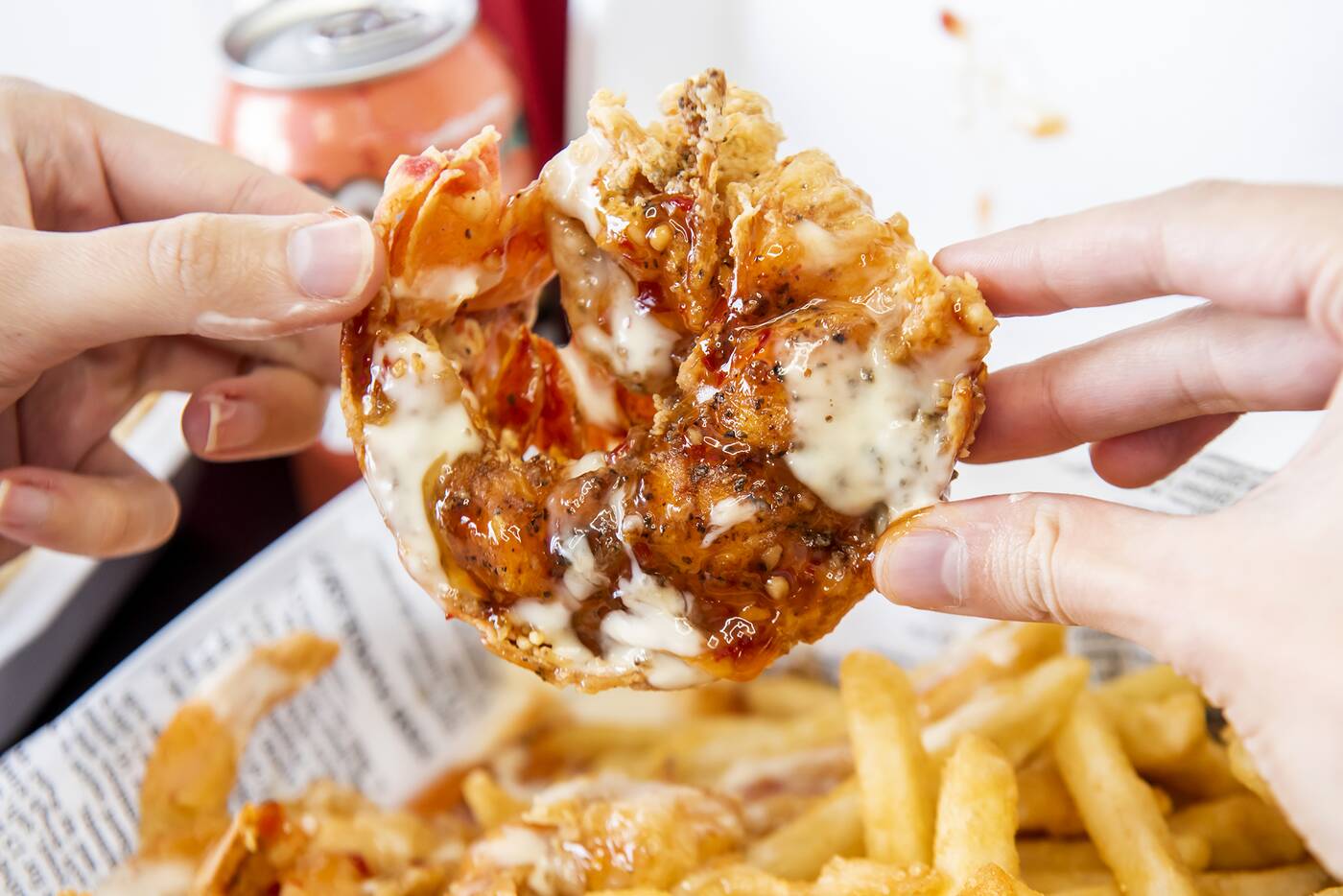 For the shrimp and lobster combo ($29), we go for a mix of sweet chili and house garlic sauce with a side of their crispy fries piled into the takeout container. 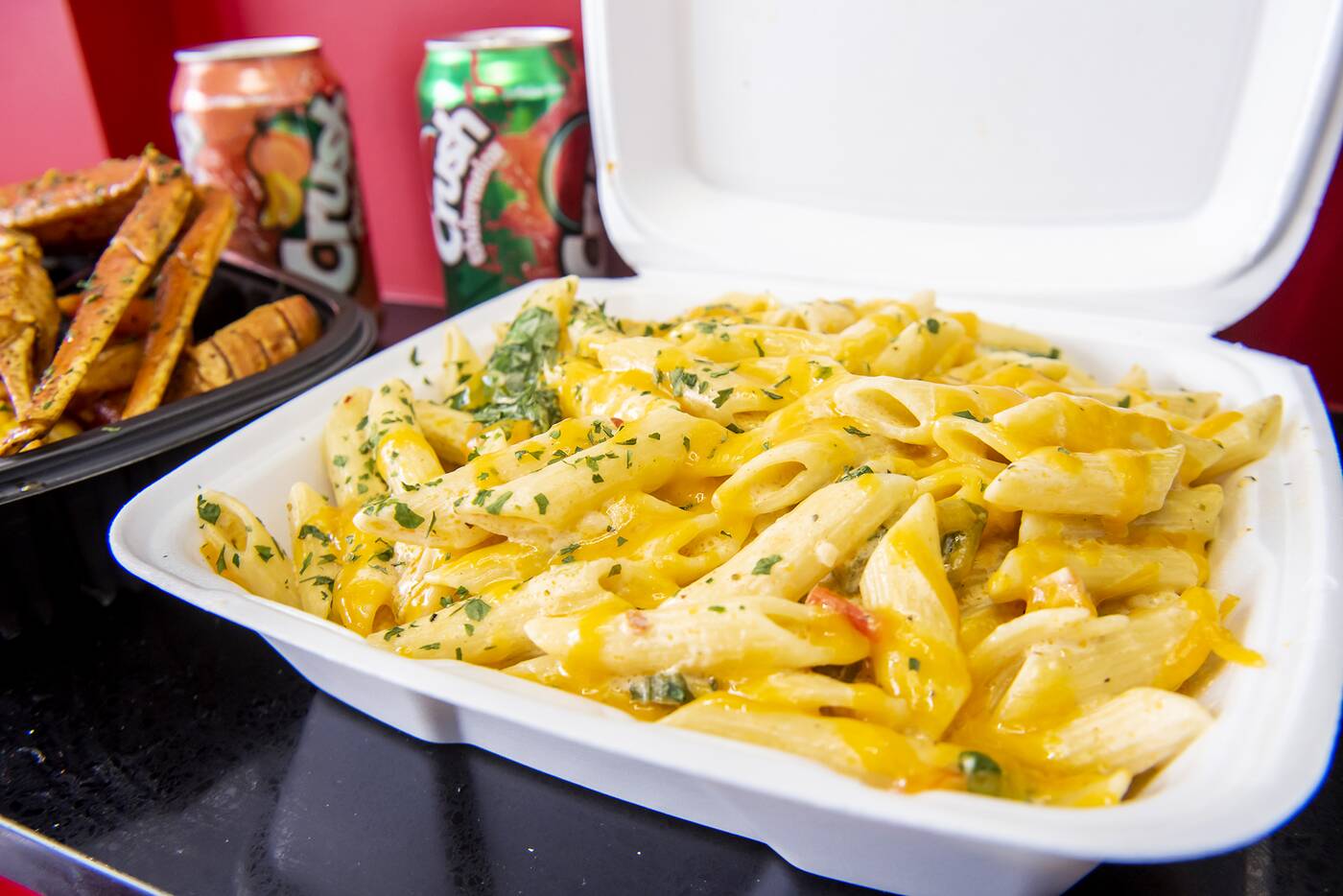 I'm told the pasta Alfredo ($10.62) is one of the most popular sides. As if the richness of the creamy pasta sauce isn't enough, extra cheese is melted over top. Delicious, but coma-inducing. 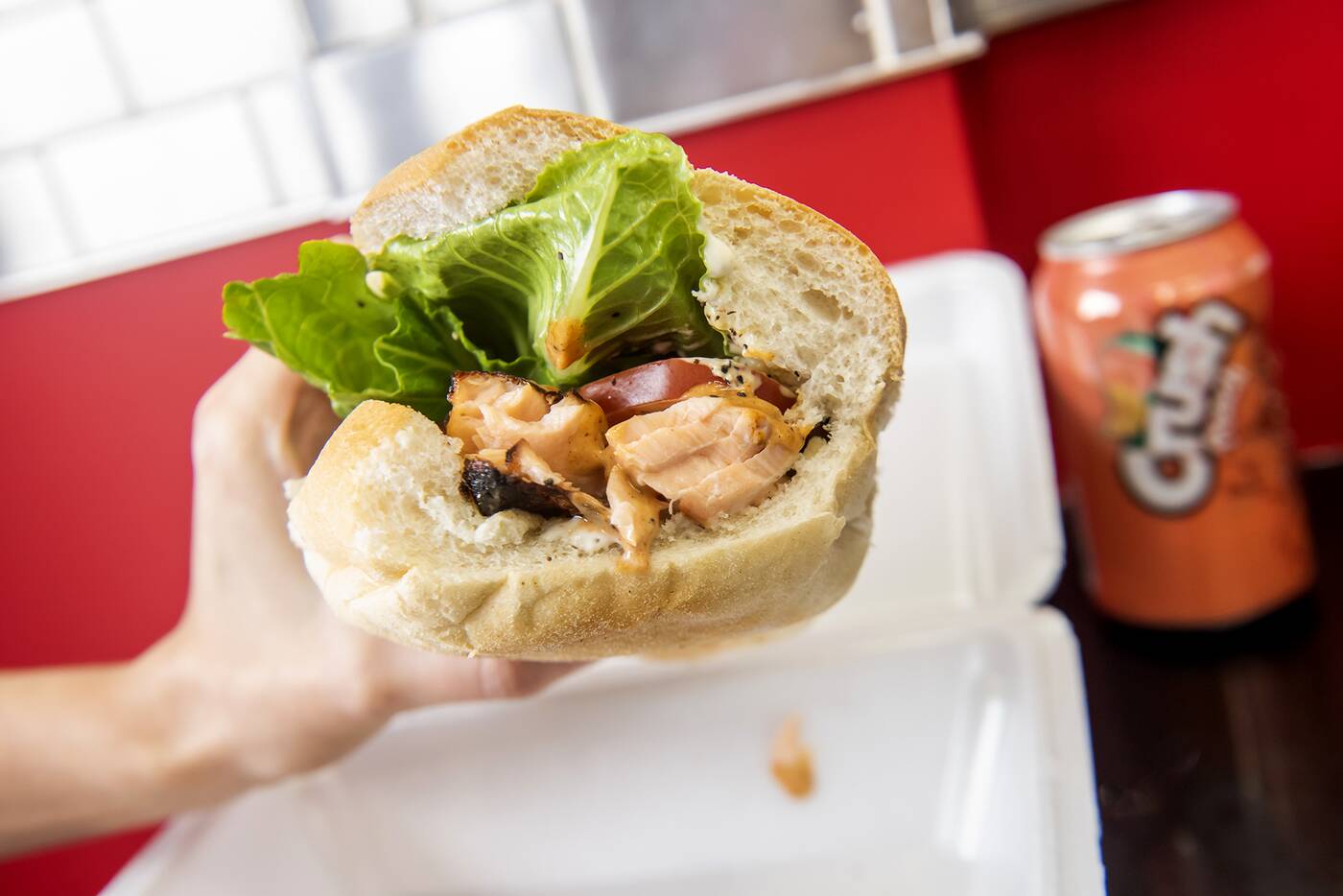 Another popular choice among customers is the salmon sandwich ($13.50) that comes on a floury bun with tomatoes, lettuce, Swiss cheese and what they tell me is aioli mixed with Big Mac sauce for a simple yet ingenious flavour combo. 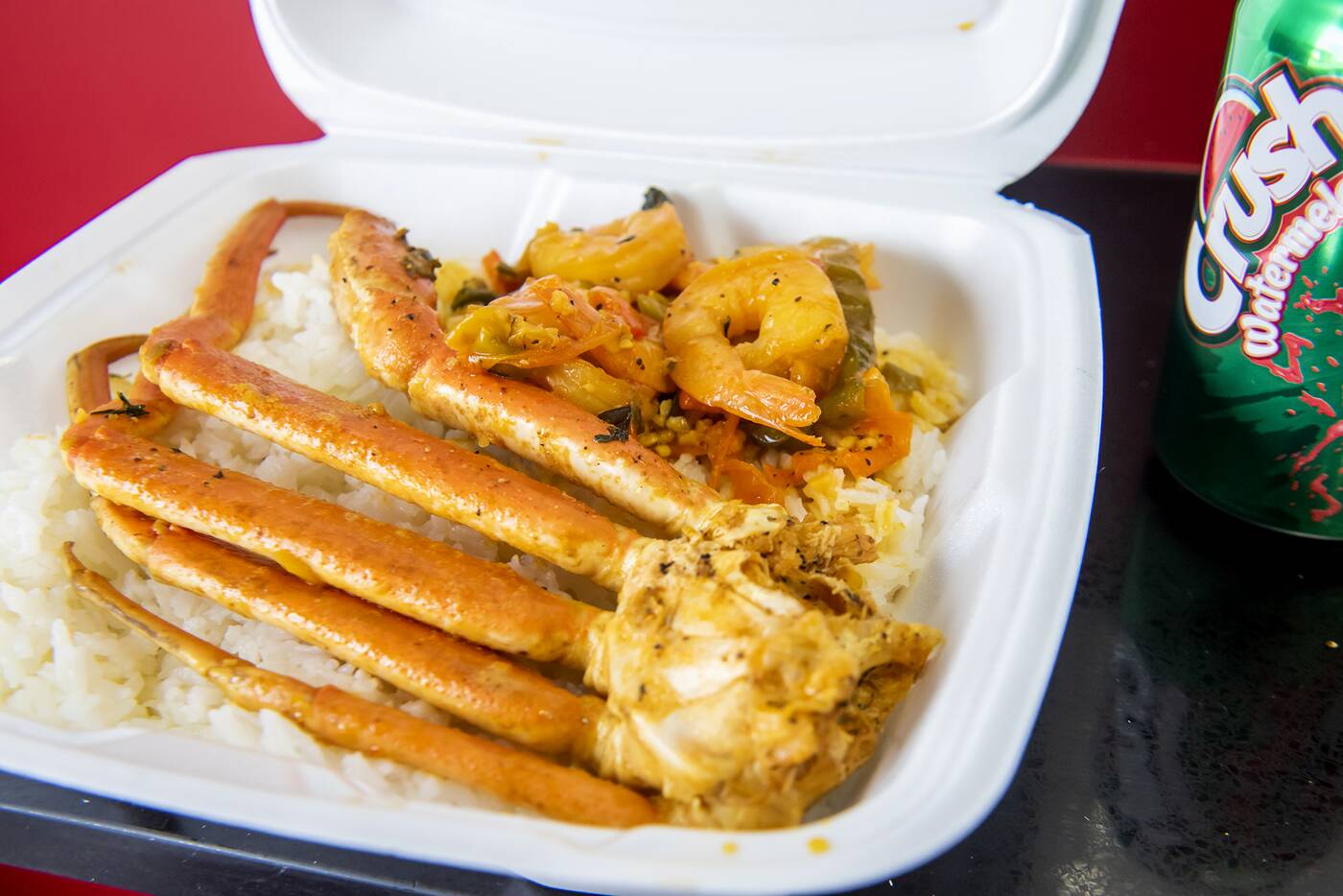 Rather than choosing your own sauce for this one, the shrimp and crab legs meal ($24) is prepared in a sauce made with garlic and a mix of peppers of the red, green and scotch bonnet variety. 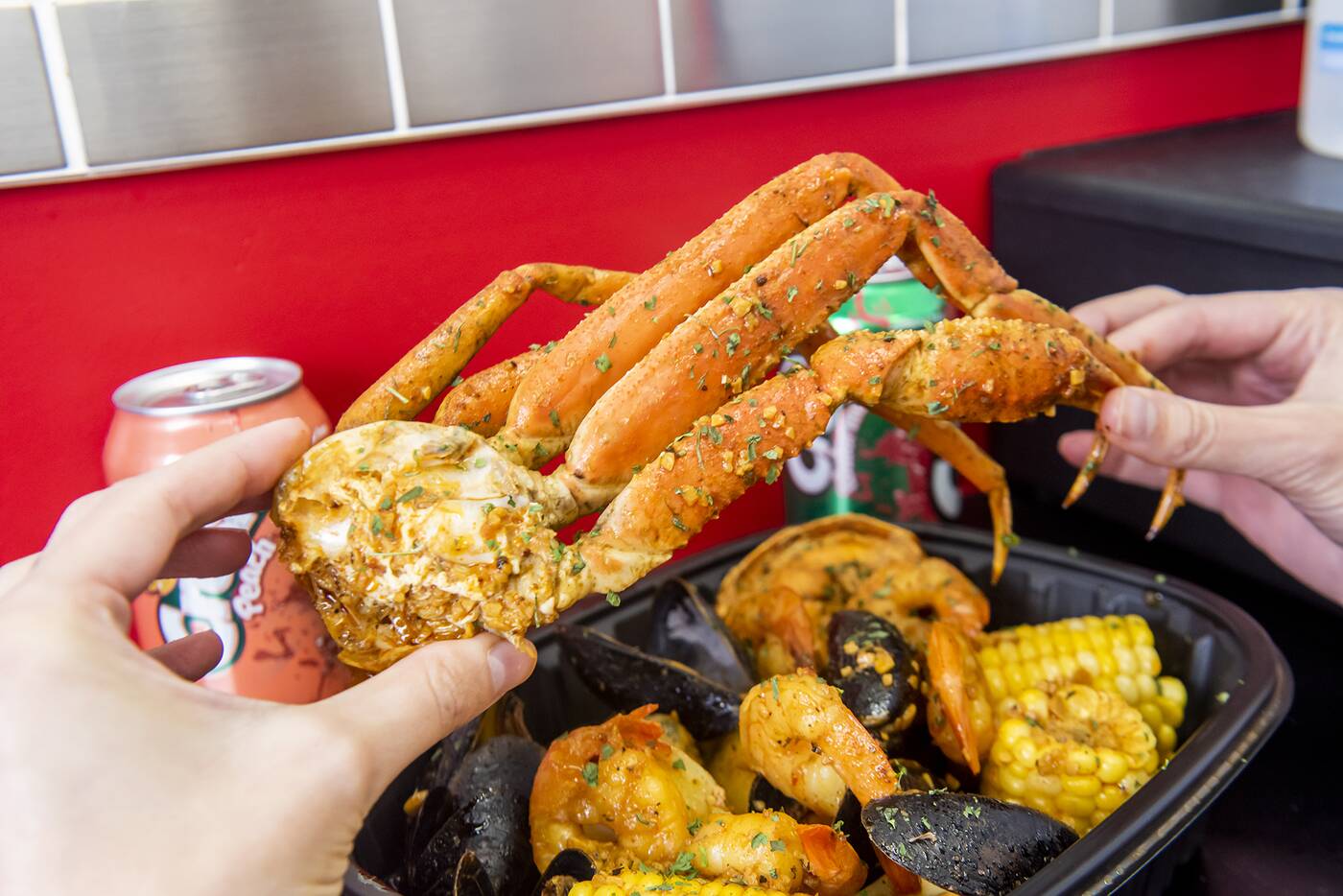 The leggy also crab features in the seafood boil ($68), which is available every day for pre-order. Besides the crab, their boil includes shrimp, mussels, lobster, corn and potatoes in a flavourful garlic broth.

Although the prices may be hard to justify for some, the quality of the fresh seafood and liberal portion sizes make up for it at Pier 6. 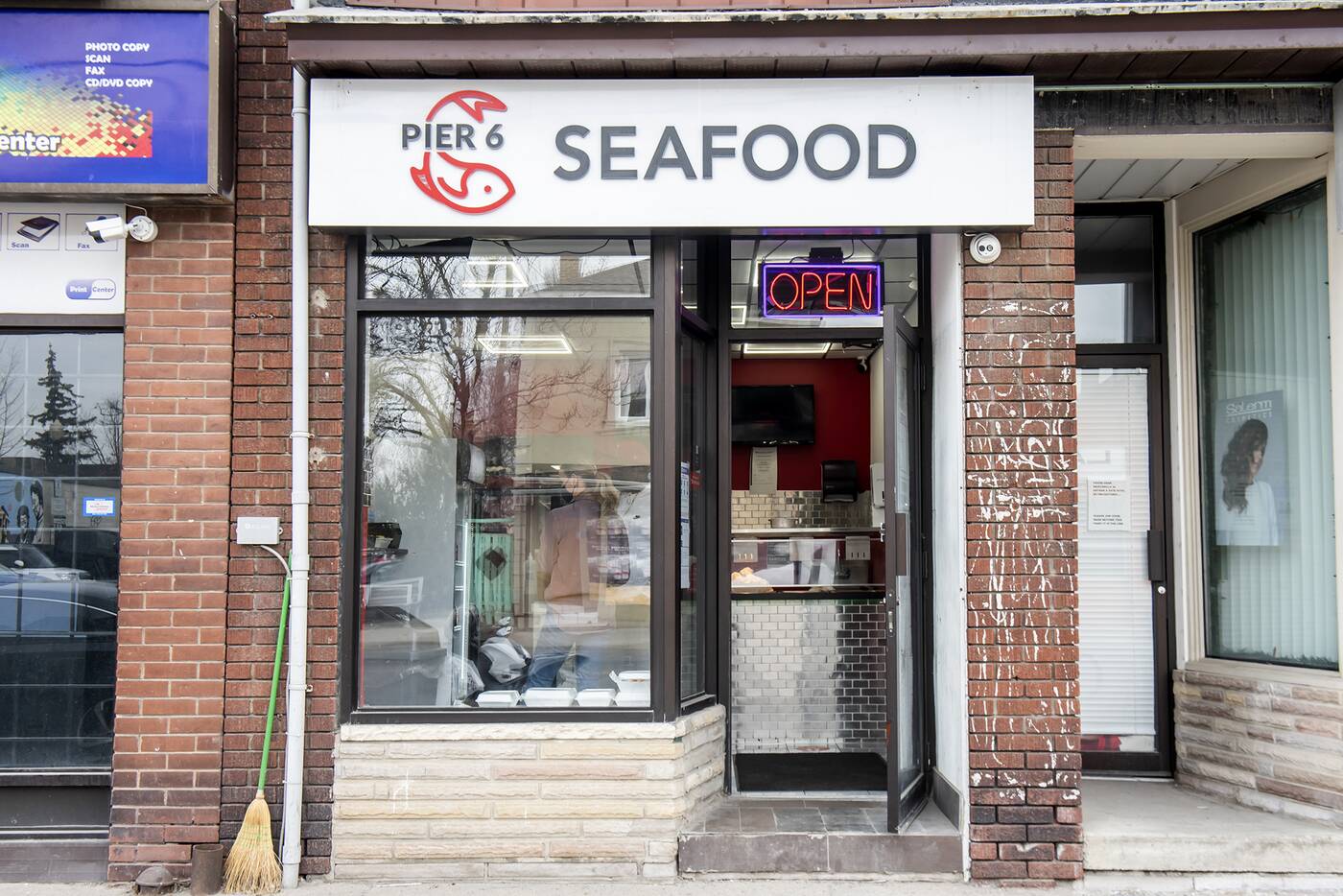