Riverside's Pic Nic Wine Bar has carved a niche for itself in the east end by serving up carefully sourced charcuterie plates alongside an extensive wine list and simple, thoughtfully executed entrees. 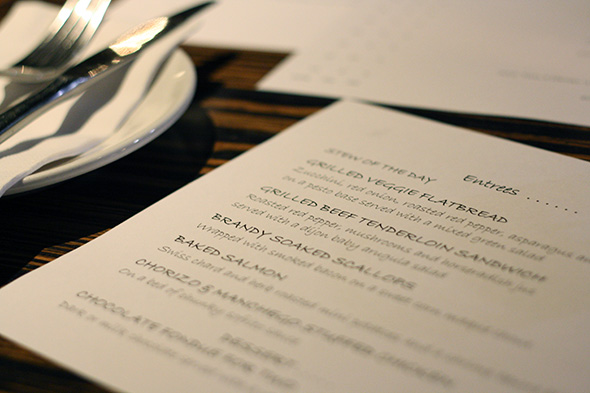 Having heard good things about their constantly changing offerings, I went down on a recent Friday to check out the current selection. My dining companion and I decided to split the $20 charcuterie plate, which came with a choice of two meats, two cheeses, three condiments, and a basket of crusty bread. 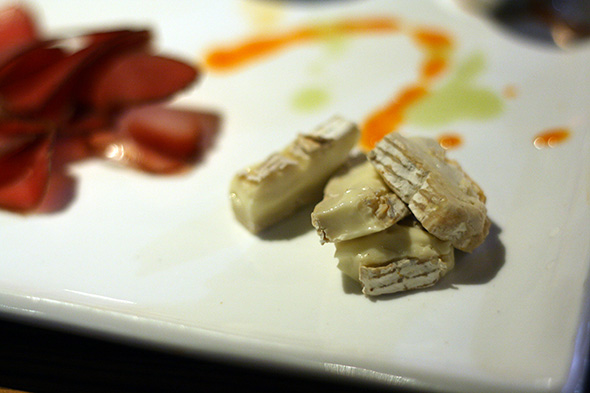 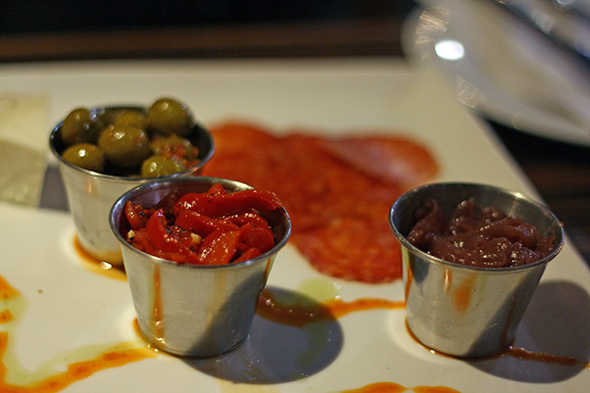 We gave our server a few preferences and let her put together a list of recommendations, which turned out to be a good decision. Our preferences amounted to "whatever you think is delicious, plus some goat cheese", and our plate hit both of those important criteria.

Pic Nic assembles some of their charcuterie offerings in-house, but isn't shy about offering tasty, regionally sourced products when available. As such, our plate featured a house sopressata alongside smoked beef from the exotic, faraway land of Mississauga. The sopressata had a spicy (but not overwhelming) kick, and the smoked beef tasted like top-notch beef jerky - boldly salty and smoky, but not dried out to the point of being tough.

Our cheese selection included a mild, firm goat cheese and an intensely earthy Coulommiers that packed the punch of a super-concentrated Brie. Both were good matches for our flavourful charcuterie cuts. 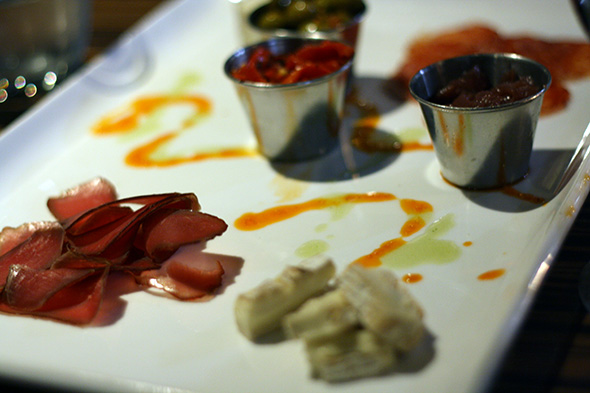 The condiment selection offered a long list of extras. We wound up with citrusy marinated olives, intense roasted red peppers, and a sweet red onion jam, all of which suggested that as much effort had been put into the side dishes as was lavished on the meat and cheese choices. In particular, the olives had an addictive salty-sweet quality that was good enough to justify the cost of the whole plate. It's a good thing they don't pack them in jars and sell them for take-out, or I'd be eating a dangerous quantity of olives. 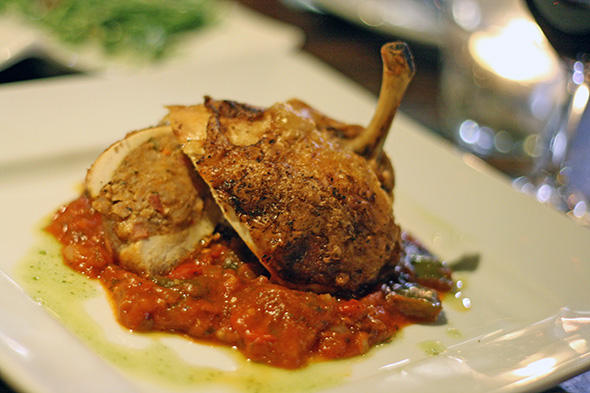 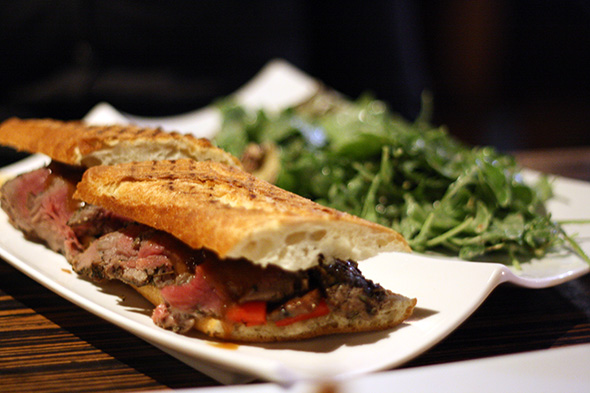 Our first entree, a grilled beef tenderloin sandwich ($16), was almost ludicrously delicious. The beef was tender and medium rare, and smothered in sautéed mushrooms, roasted red peppers and a tangy horseradish jus that kicked the dish from "pub fare staple" to "the kind of sandwich you see in your dreams". Yeah, it's served with an arugula salad with Dijon dressing, but forget about that and just focus on how good this sandwich is. Dang.

The biggest flaw with the beef sandwich is that it sets an unfair standard for whatever you eat next. In our case, the manchego and chorizo-stuffed chicken ($17) was stuck in this unfortunate role. The chicken itself was a little dry, though it was almost rescued by a vibrantly fresh and chunky tomato sauce. Still, I couldn't help but wish we'd ordered two steak sandwiches instead.

Pic Nic's skilfully curated charcuterie plates and incredible steak sandwich are definitely worth the cost of admission. As a bonus, wine fans will also dig their unusually long list of wines by the glass (or bottle). Add it all up along with Pic Nic's warm, stylish space, and you've got one of Riverside's finest dinner spots. 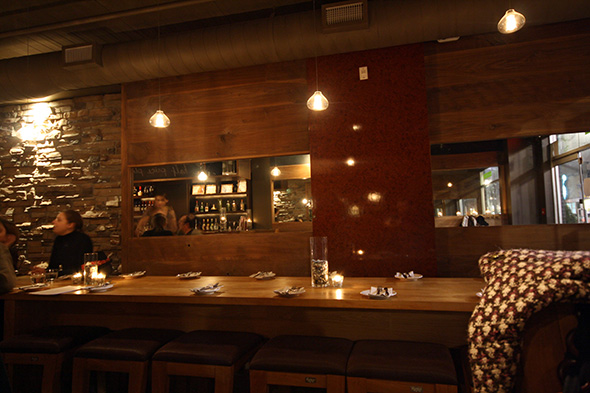 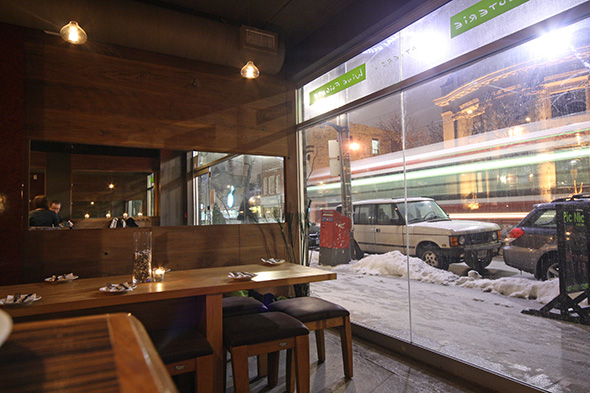