Piadina By Monti is open for takeout and patio dining. The restaurant offers a covered patio with heaters. Staff are equipped with masks. Hand sanitizer is available at the counter.

Piadina By Monti is an Italian restaurant specializing in stuffed flatbread, or piadine.

Hailing from the Romagna region of Italy in the north, but served Italy-wide as a street food, piadine come in 10 varieties at this corner Queen West spot. 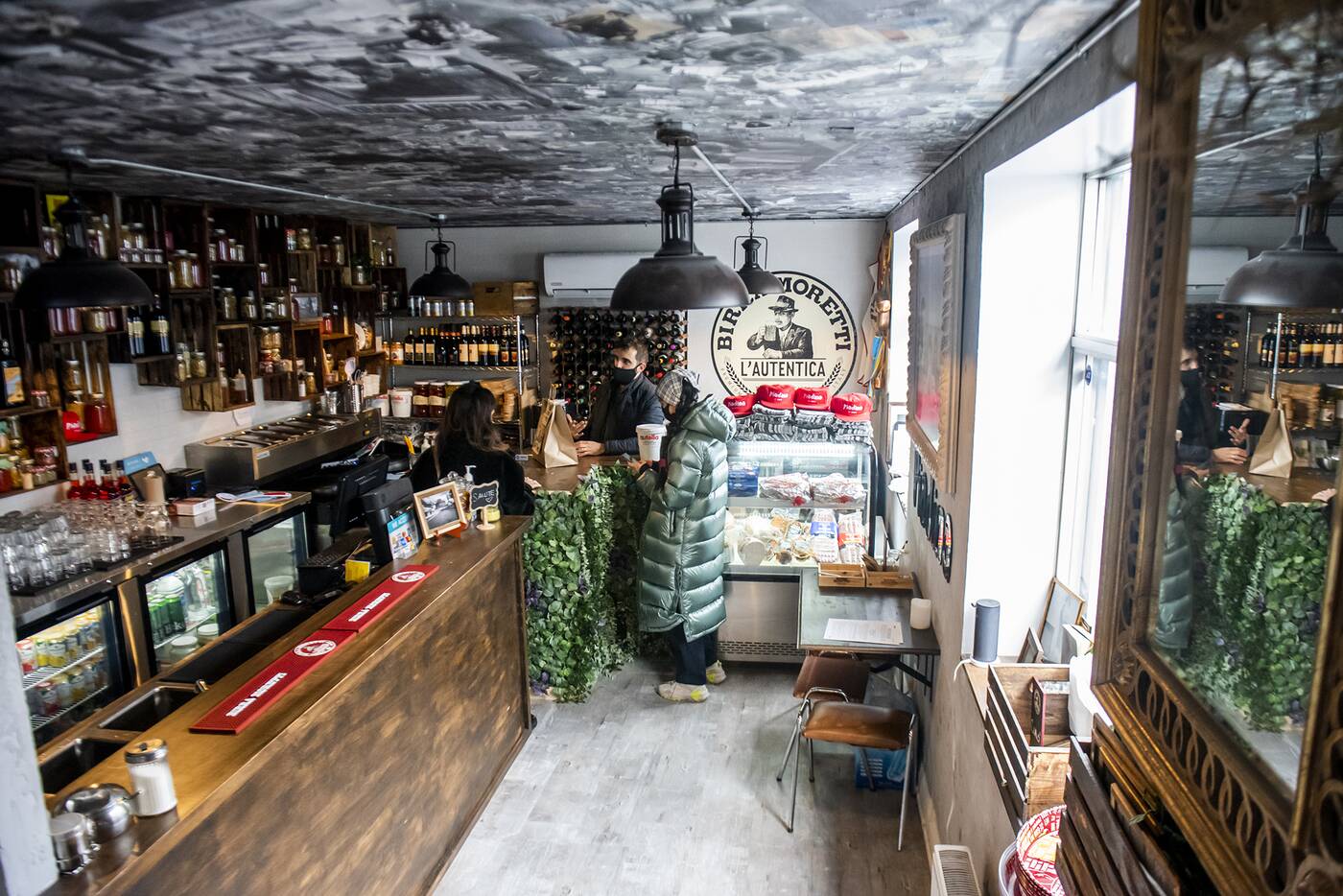 A family-run restaurant from brother and sister Ernesto and Annamaria Gaita as well as Simone Caldana, Piadina is one of those rare Italian spots without pizza or pasta on the menu.

There are a couple of other restaurants that serve piadine in Toronto, but this one marks the first piadineria — specializing solely in this traditional flatbread — in the city. 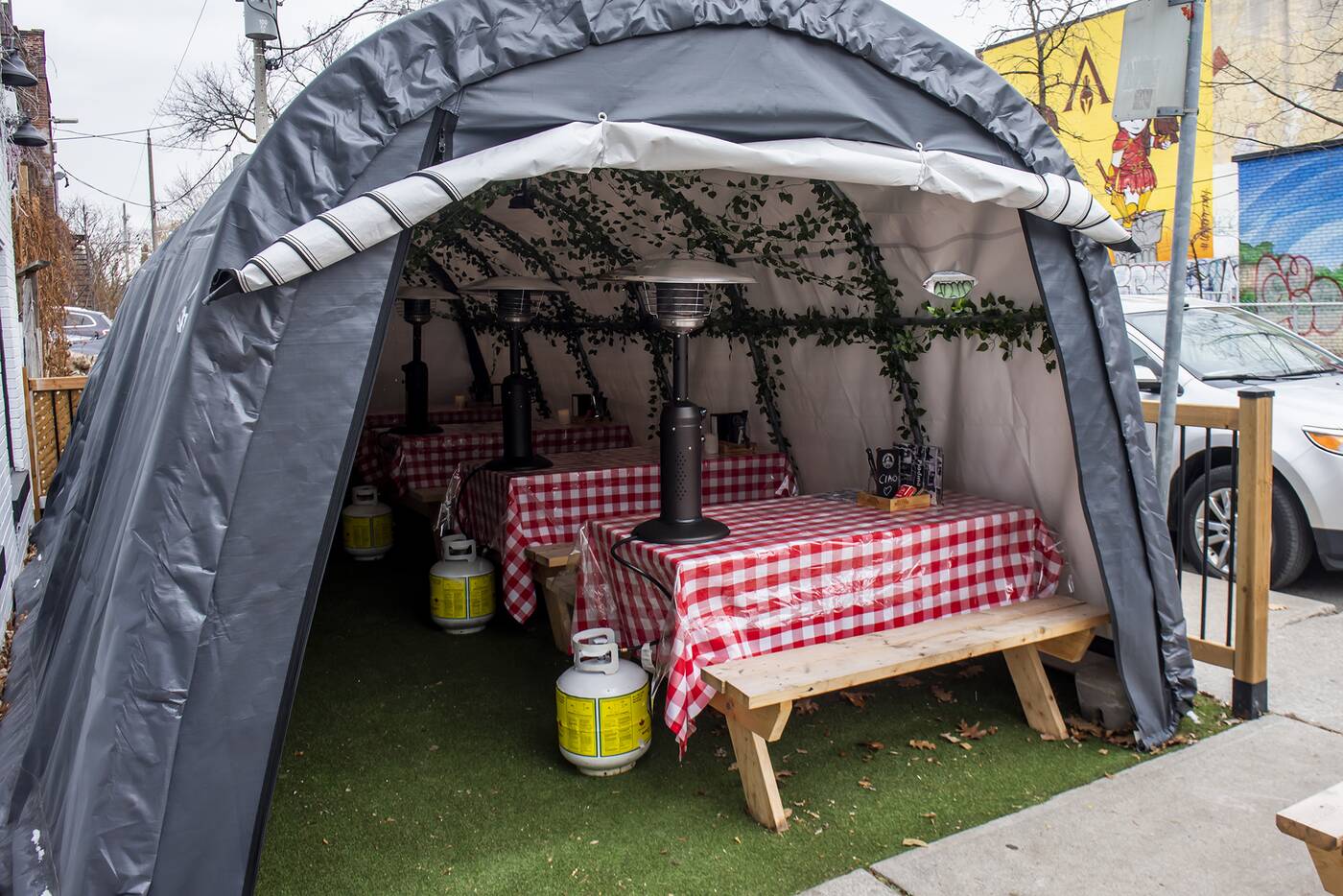 The brand inspo here is a mix between nonna's kitchen and Monti, the boho neighbourhood in Rome known for its plethora of restaurants and bars. 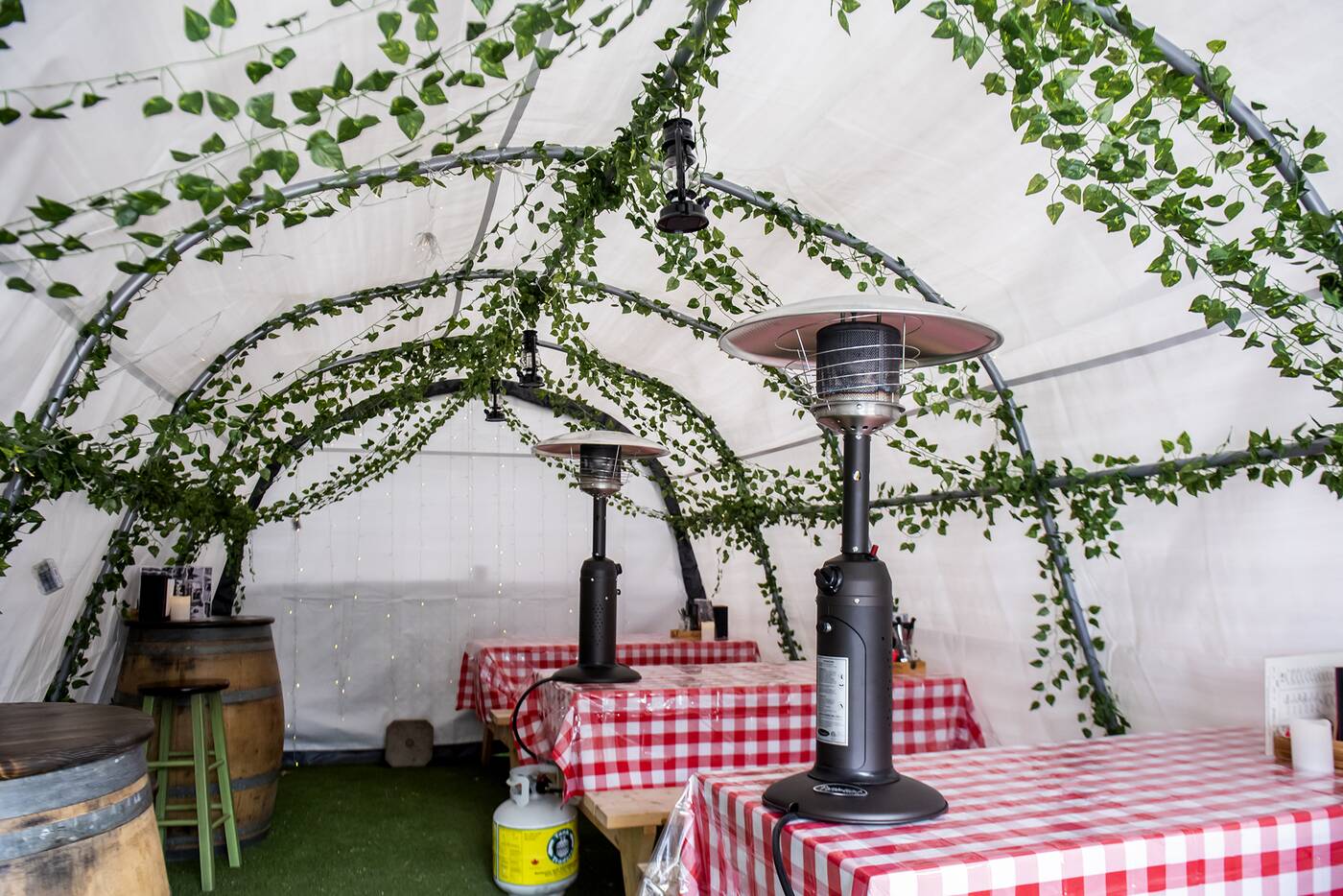 A covered outdoor patio is heated. There's a pack of Italian playing cards at every table. 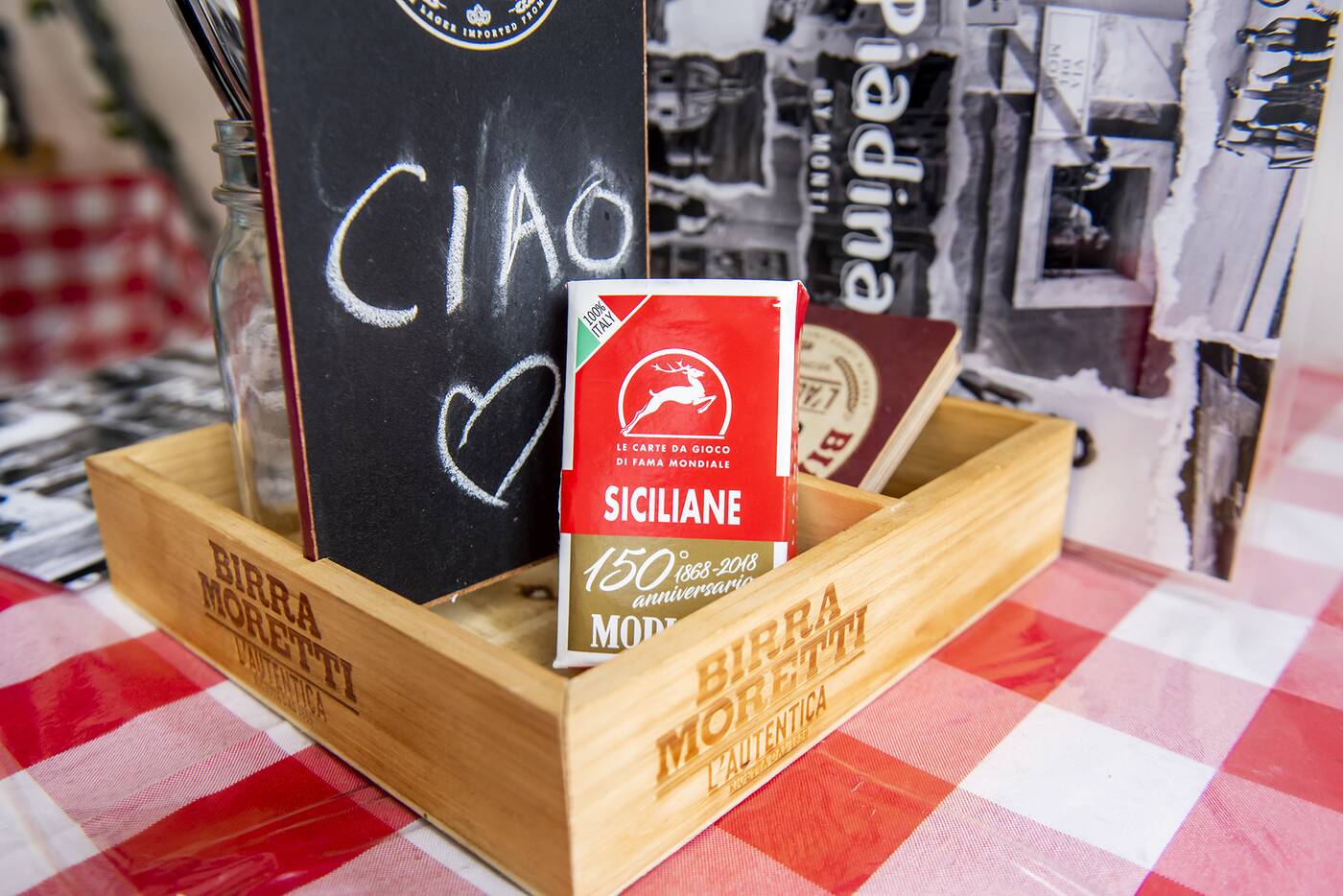 Unlike the traditional recipe — which, like most flatbread, was historically poor man's food — there's no lard, so this wheat bread is totally vegan. Piadina's dough is made offsite and grilled up in their tiny kitchen. 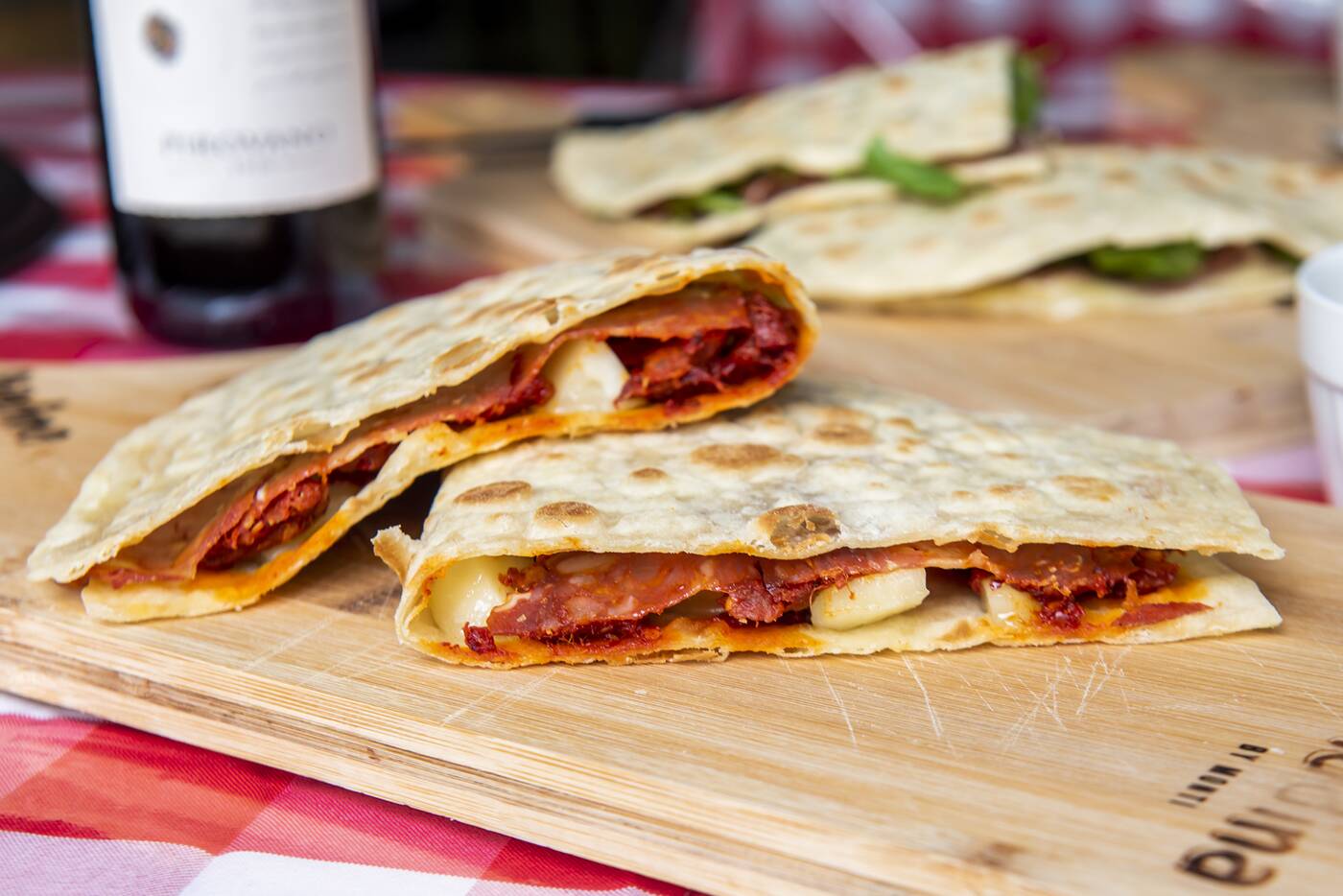 The average piadina costs $13, and are all named after the owners' grandparents.

It's much more textured than similar Mediterranean flatbreads, with small air pockets that form during heating, similar to naan. It's thin, but still chewy. 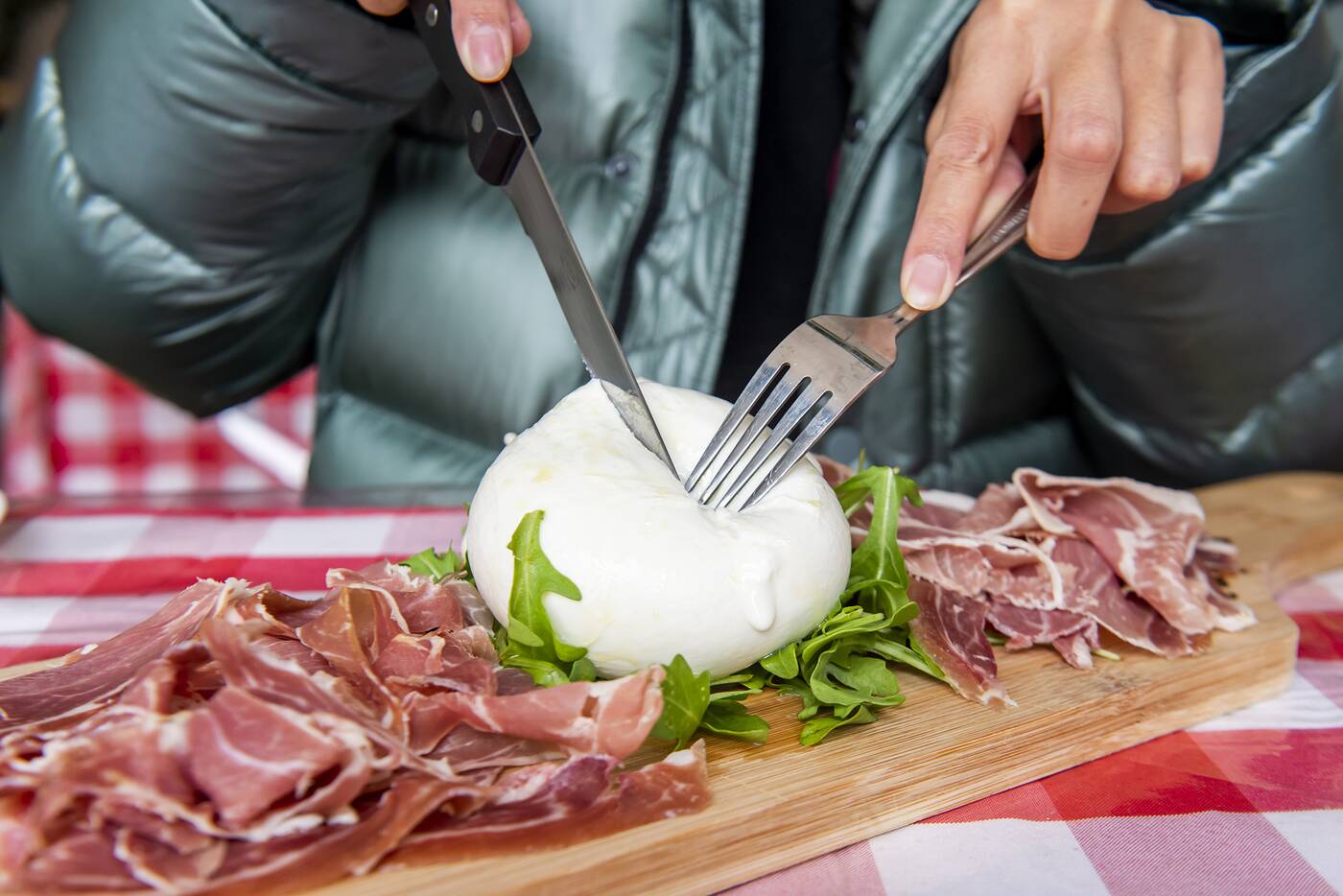 The most basic version is the Maria, made with prosciutto, arugula, and not-so-common stracchino which comes from Sul Tavolo. The local producer is also where they source their handmade burrata. 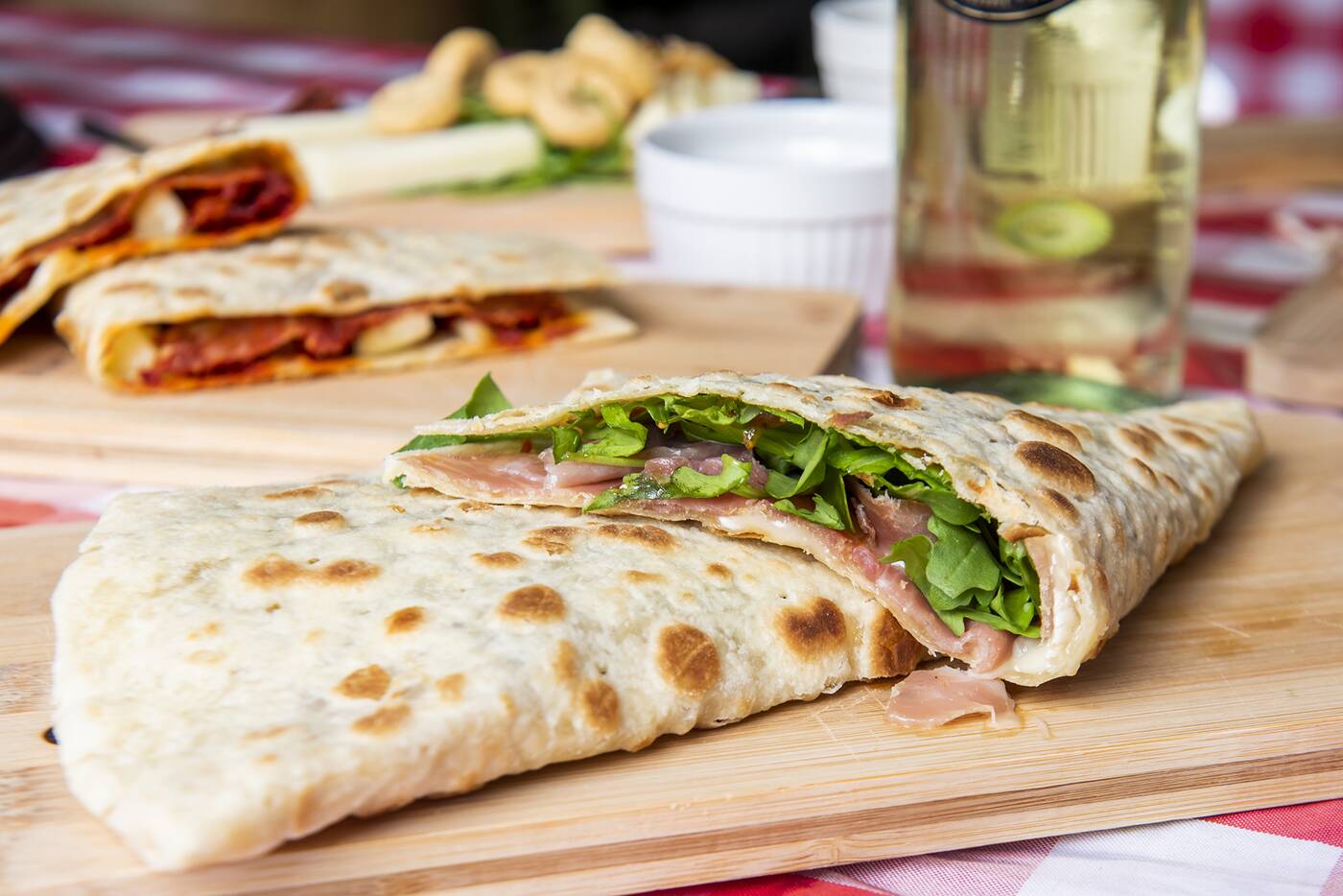 The Giuletta ($13) is another popular piadina, with prosciutto, brie, fig jam, and arugula. 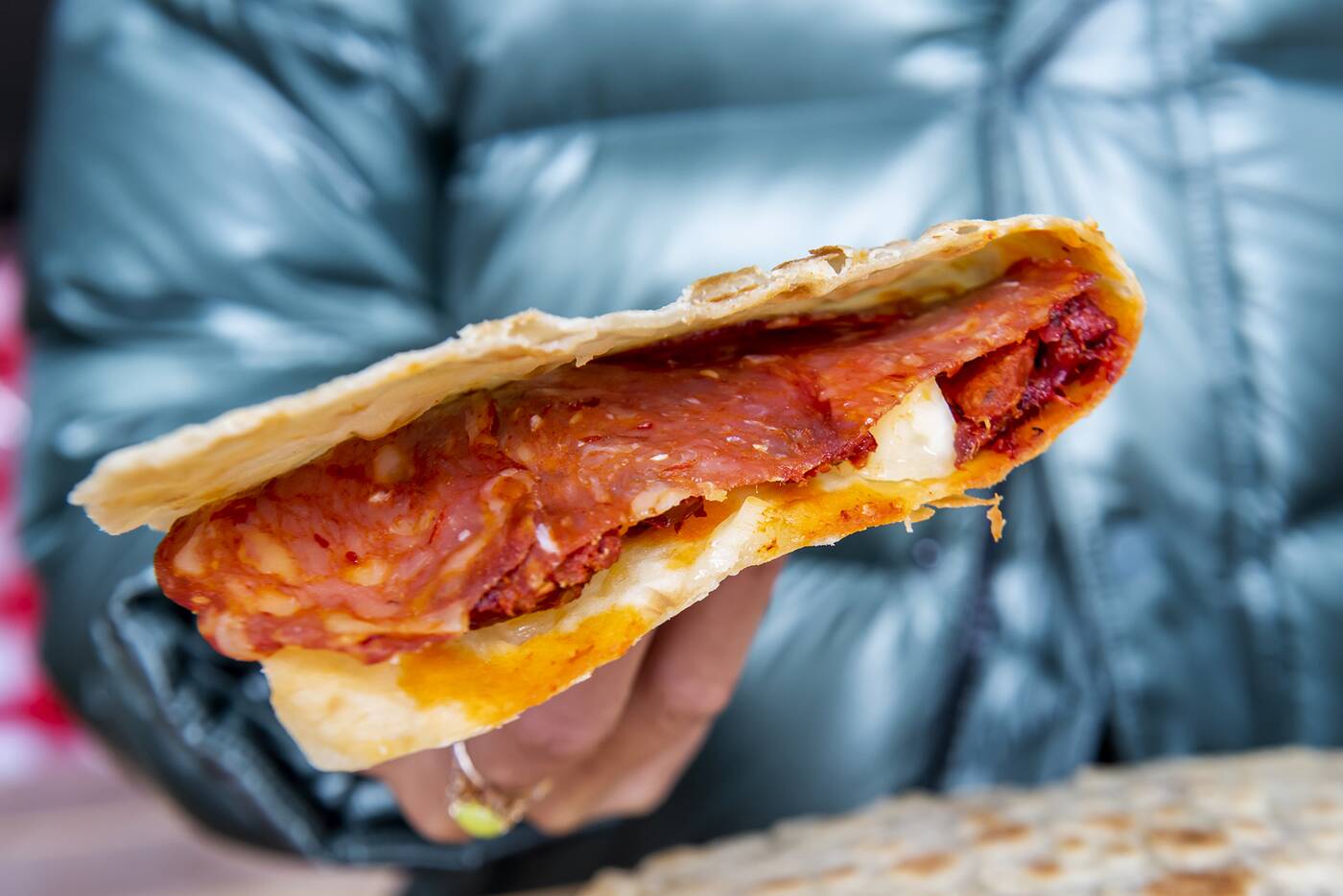 Spicy soppressata and nduja give the Ninetta ($14) a bit of a kick. There's also mozzarella and honey inside. 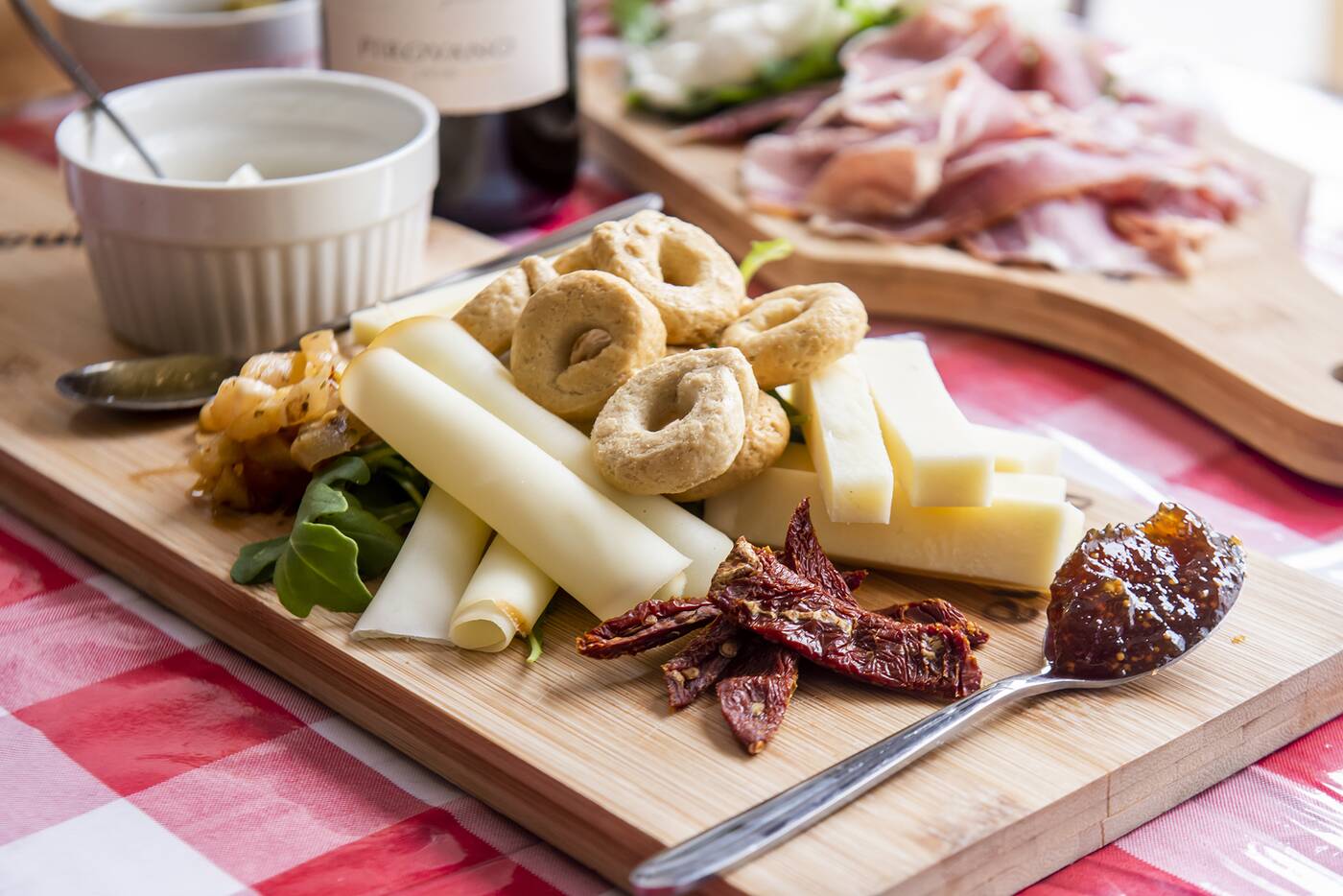 A cheese board ($16) includes a mix of soft and aged cheeses like stracchio, provolone, and pecorino. There's eggplant, jam, and the no-yeast cracker, taralli. 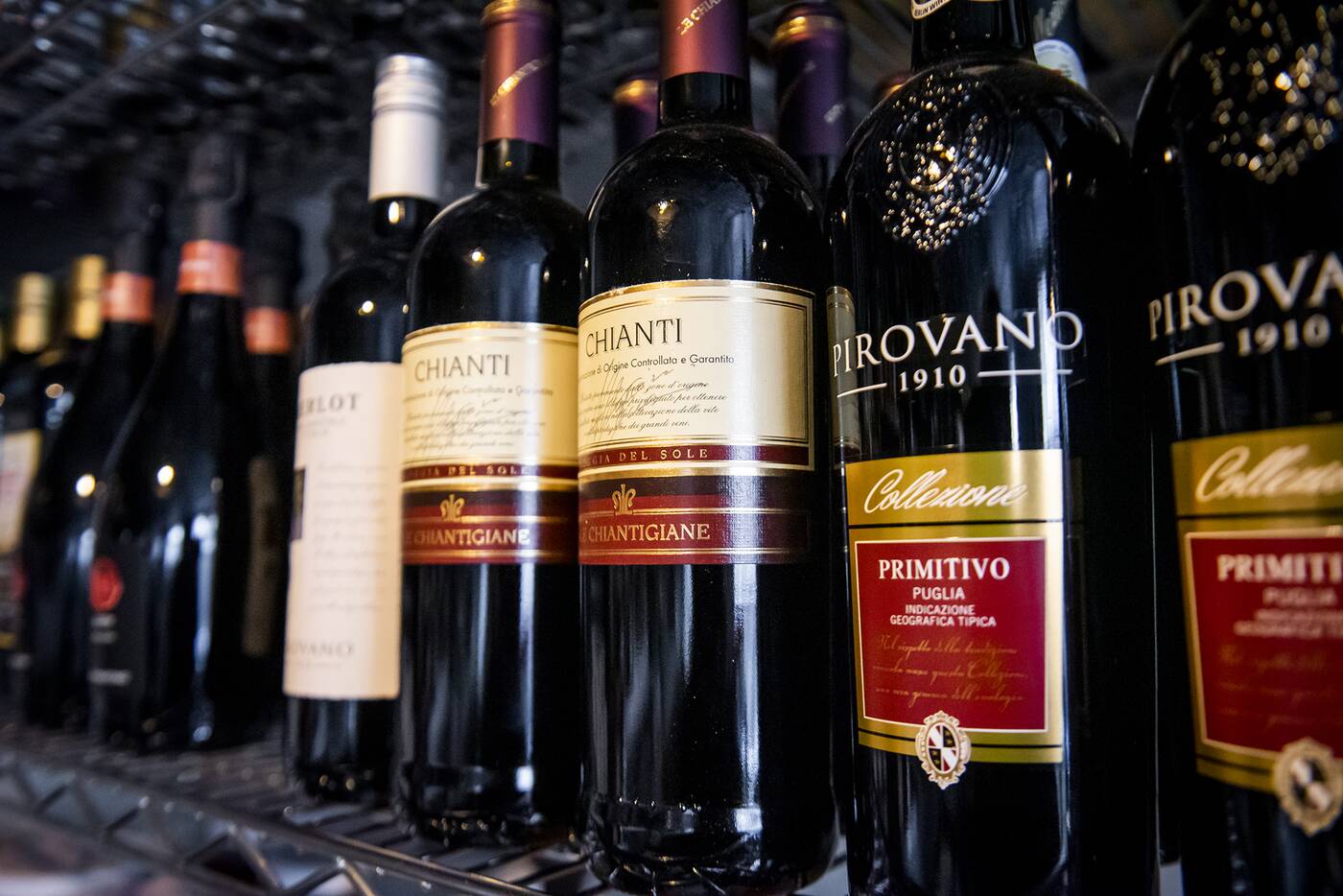 Piadina by Monti also has a lean wine menu featuring a handful of Italian bottles. 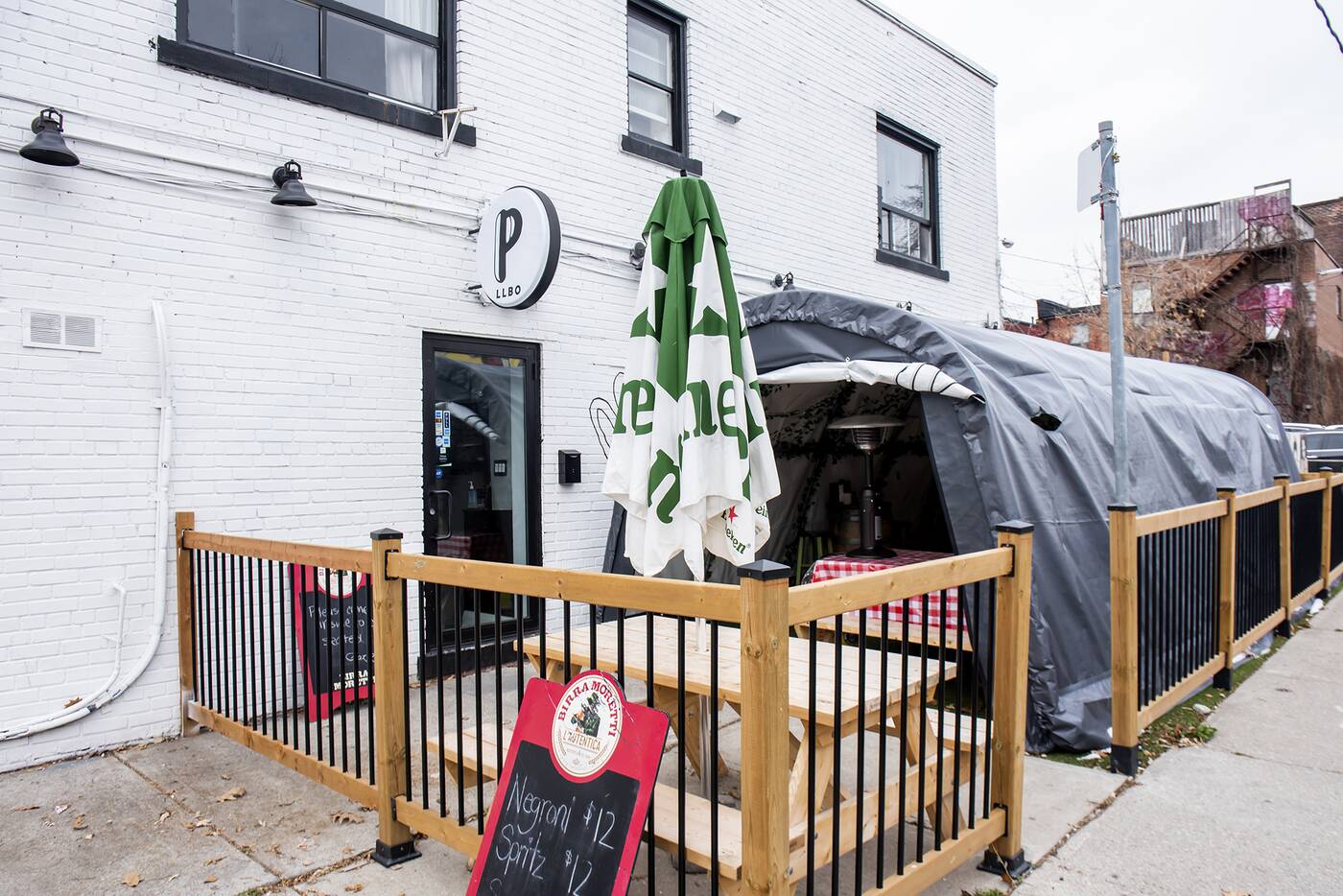