Origin North officially opened last night and promises to be what Claudio Aprile hopes will be the next jewel in his burgeoning chain of restaurants. This location, at Bayview and Sheppard in the Bayview Village Shopping Centre, has some notable differences. With seating for 140 on the patio, 190 inside, and an option on the yet to be finished second floor event space, Aprile's newest location is his largest by far. 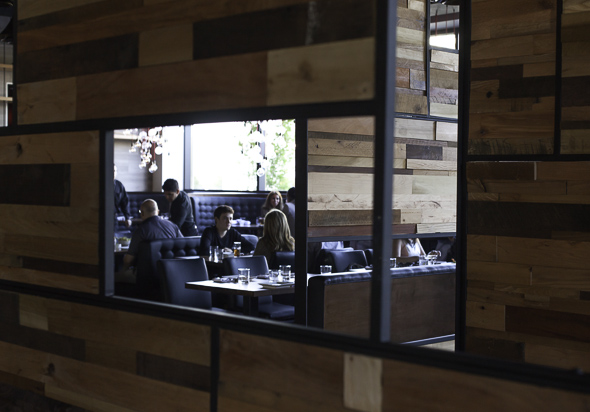 Carving out the parking lot, and completely gutting the run down Sierra Grill, which closed in 2011 shortly after a nasty Hepatitis A outbreak, Bayview Village was looking to anchor a more downtown tenant, a restaurant with some swagger that would bring new blood to the aging clientele that haunts the mall. 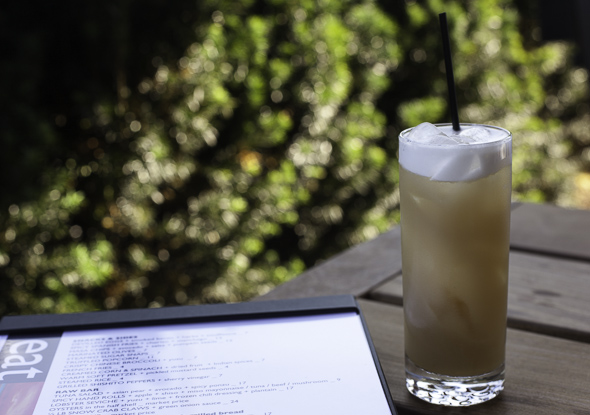 The restaurant is a lone fixture in the car park, but with careful shrubbery and landscaping, it transcends its humble context with its absolutely killer patio. With the liquor licence now in full affect, we toasted with some cocktails to get things started. Mojitos for $9 seem pretty standard for upscale spots such as this, but the signature Maple Sour ($9), which blends Bulleit Bourbon, maple, lemon and bitters, was all-world. 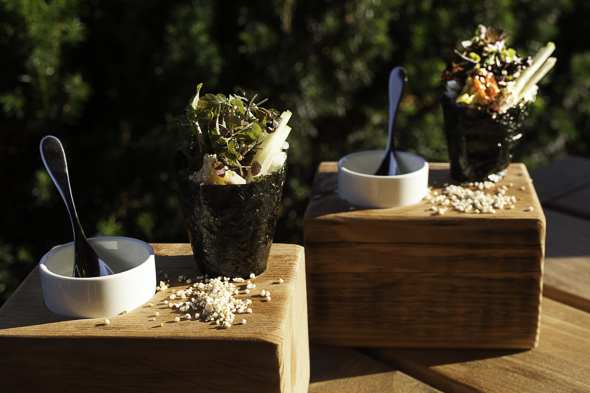 Aprile skillfully pulls several flavours from his favourite cuisines; everything here is meant to be shared, meant to discuss and meant to devour. Hand rolls ($9 each) came in three versions, beef, tuna or mushroom. We dabbled in surf and turf territory with tuna and beef, both of which come gloriously presented with a side of miso mayo. The overstuffed hand rolls were chock full of the usual business, rice, aforementioned protein, and slivers of apple, topped with earthy bits of greenery and a smattering of amaranth, which also makes a beautiful garnish. 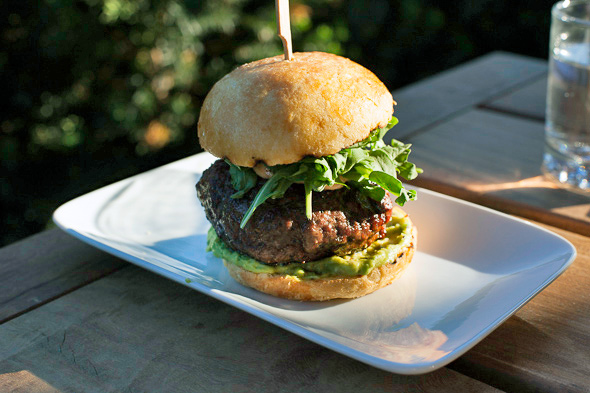 The Origin Burger ($17) comes well dressed with arugula, smoked mayo and guacamole and is cooked to a juicy medium rare. While sharing this plate does get a bit awkward, fresh cutlery and side plates are refreshed each course by our skilled server, so no stray amaranth grains make an appearance here.

Spicy Spanish Fries ($12) seem like a good pairing with the burger, but next time I'll go vanilla and get the regular ones ($4) as the salty olives, meaty chorizo, spicy mayo and manchego cheese overwhelmed the main. These fries would be a good meal replacement option, solo with a cold beer to showcase all that's going on in the dish. 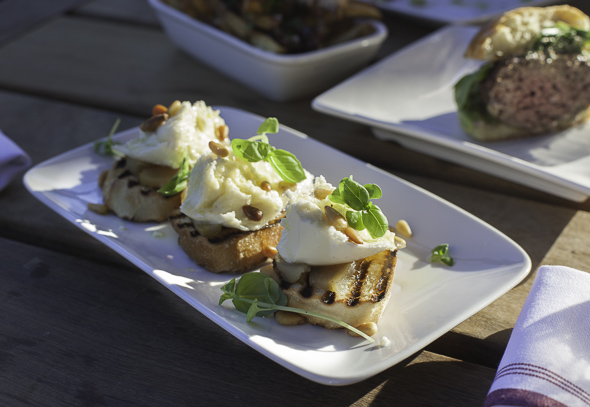 For a savoury dessert we noshed on the Bufala with Pear ($17) from the mozzarella bar. Ample portions of dense Buffalo mozzarella were perched on top of poached pears and lightly grilled baguette. A drizzle of rosemary oil and honey makes it sing. The toasted pine nuts brought a crunchy contrast to the plate. 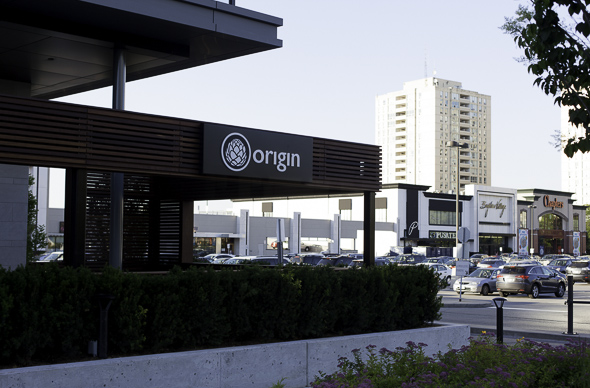 With Bridlepath types too lazy to go downtown and the Condo dwellers living in the Village surrounding Origin North, it's obvious that the population can sustain such a grand venture. Origin may not just be a name, but a beautiful new beginning.