North Kabab is currently open but their offerings and services may be affected due to the pandemic. Please contact the business directly for more information about any changes. Is this your business? Please contact us if you would like to update this message.

North Kabab is an Afghan restaurant specializing in massive platters of meat kababs on mounds of pulao rice.

This casual takeout spot sits on Markham Road, a strip which, outside of the halal-heavy Thorncliffe Park area, has one of the highest concentrations of Afghan restaurants in the city. 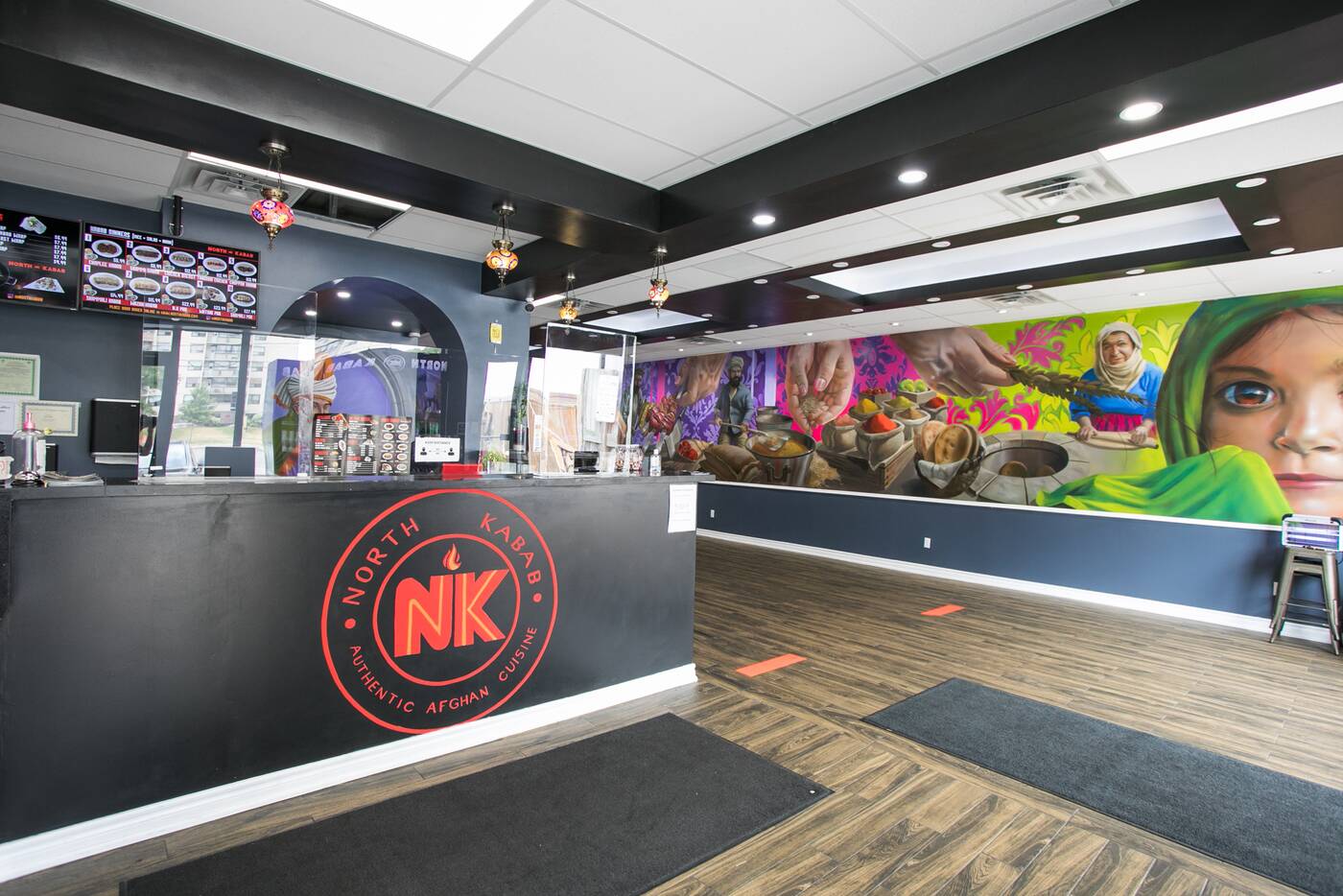 The first thing you'll notice about the spacious restaurant is its interior mural: a vibrant ode to Afghan culture that owner Basir Ghousi says took artist Shane Goudreau about two months to paint. 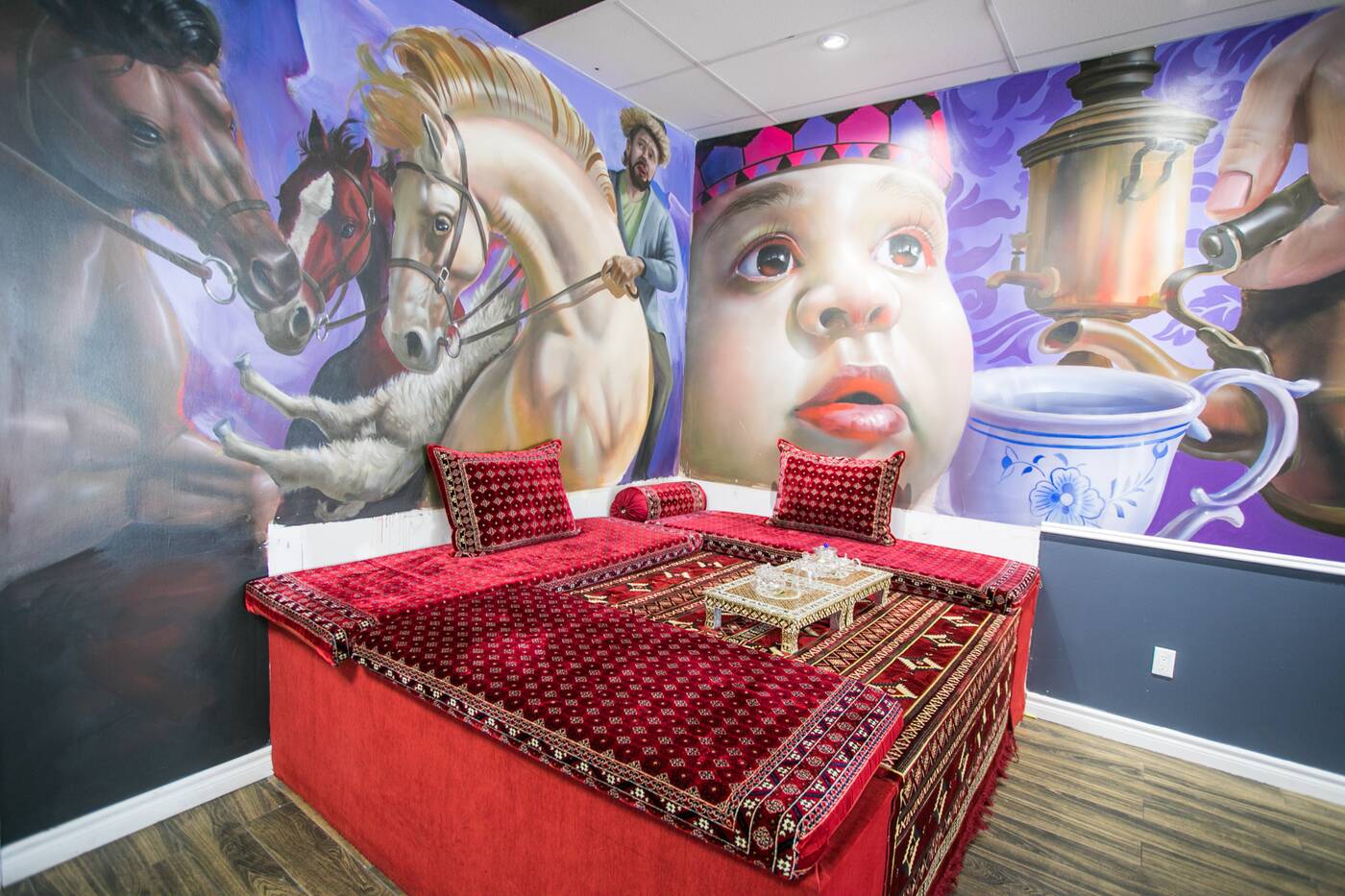 Ghousi, who comes from the Shomali Plain in the northern part of Afghanistan, created the menu using many of the recipes passed down from his mother, who sometimes oversees the kitchen. 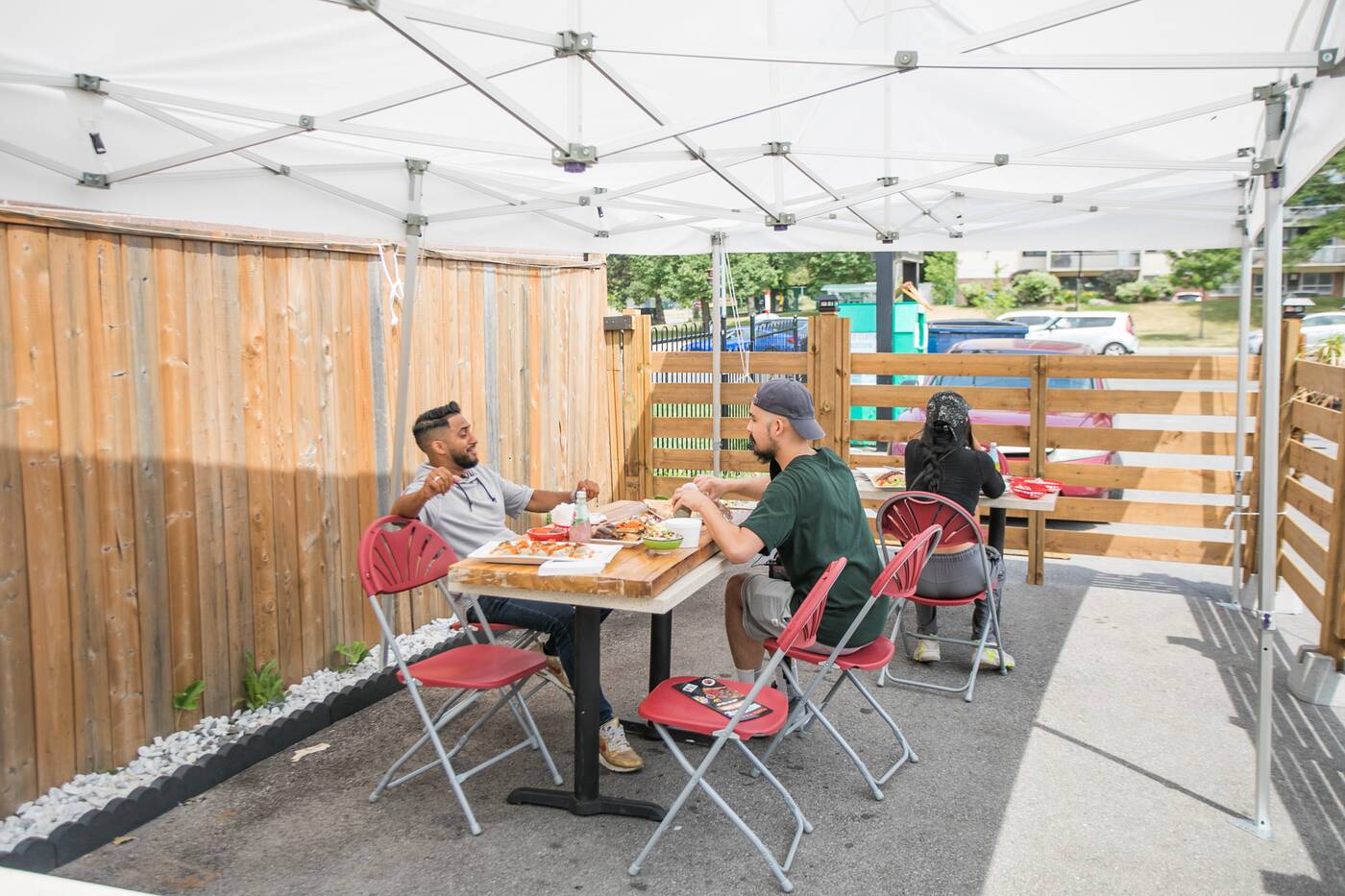 If you're going to get one thing here, it's the Ozbaki Pakaw: a slightly different version of Afghanistan's national dish, the Kabuli Palaw. 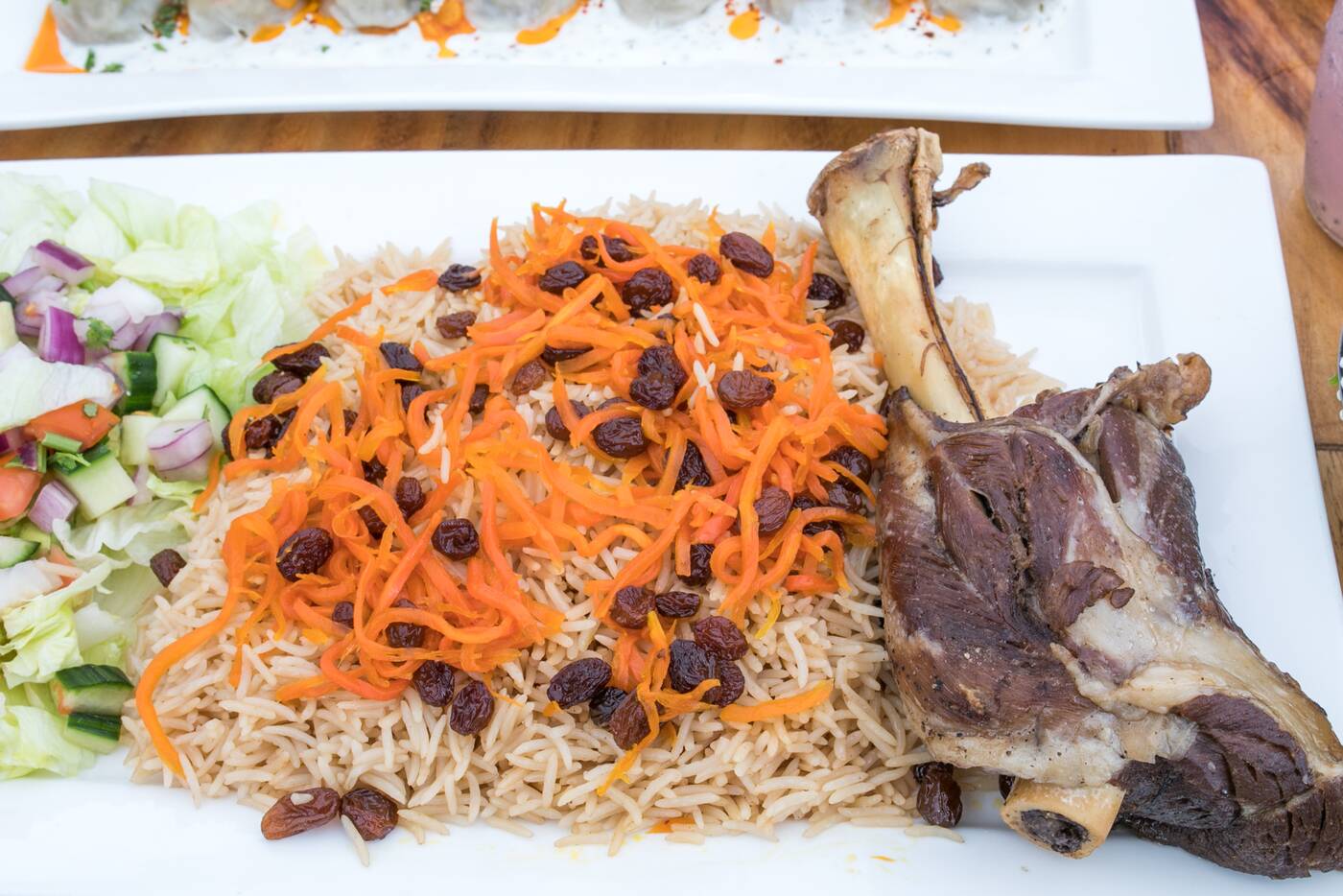 With its proximity to Central Asia and countries in the Caucasus, the palaw is somewhat similar to plovs and pilafs. 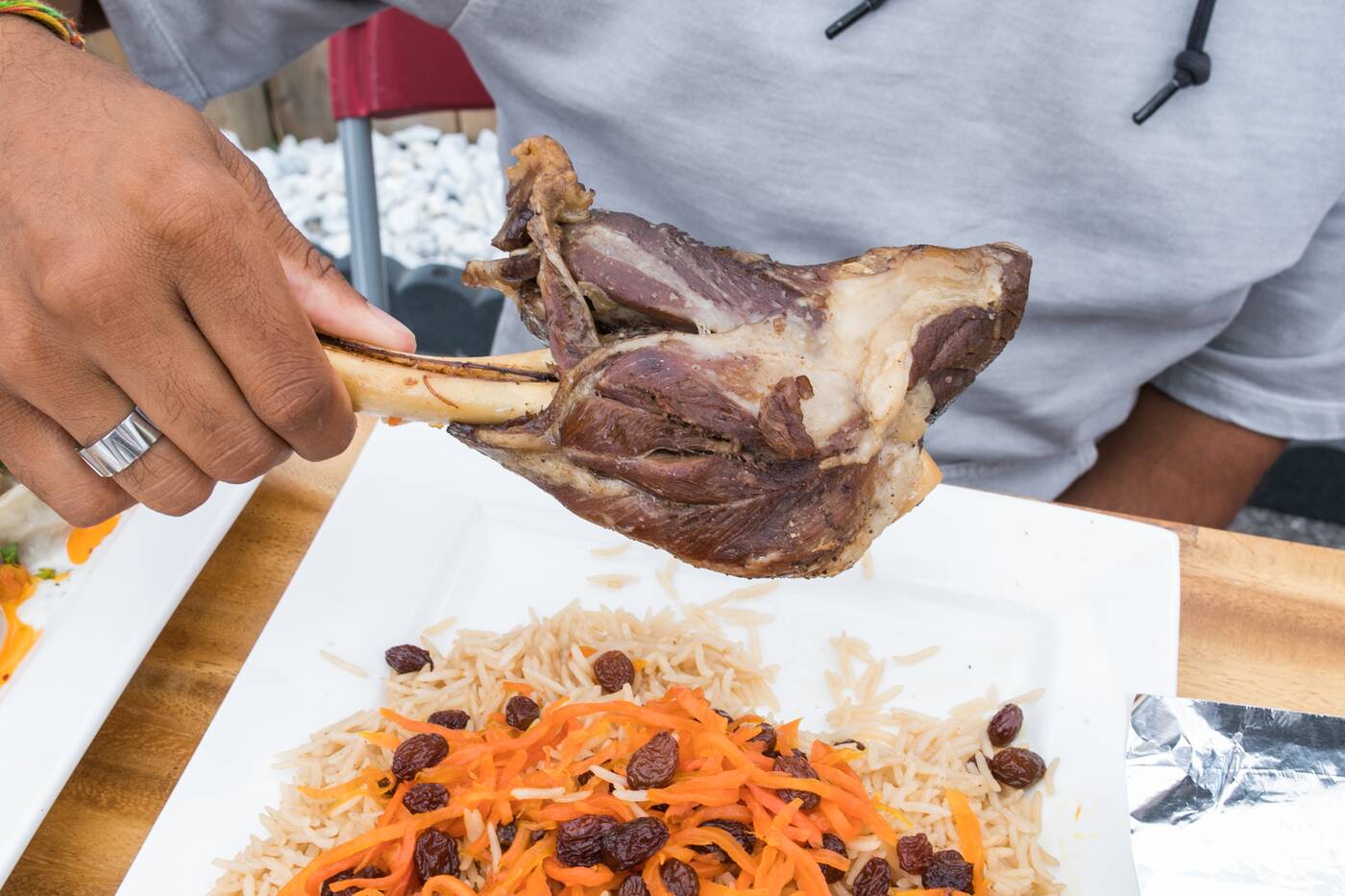 It's a super fragrant basmati rice, and the mix is cooked with cumin seeds and pulao masala, and then mixed with raisins and strips of carrot that are cut thicker than the carrot found the Kabuli version.

I could eat heaps of that rice forever, and thankfully it comes with the big selection of kabab dinners, like chaplee or shammi, which are all hearty options for one person. 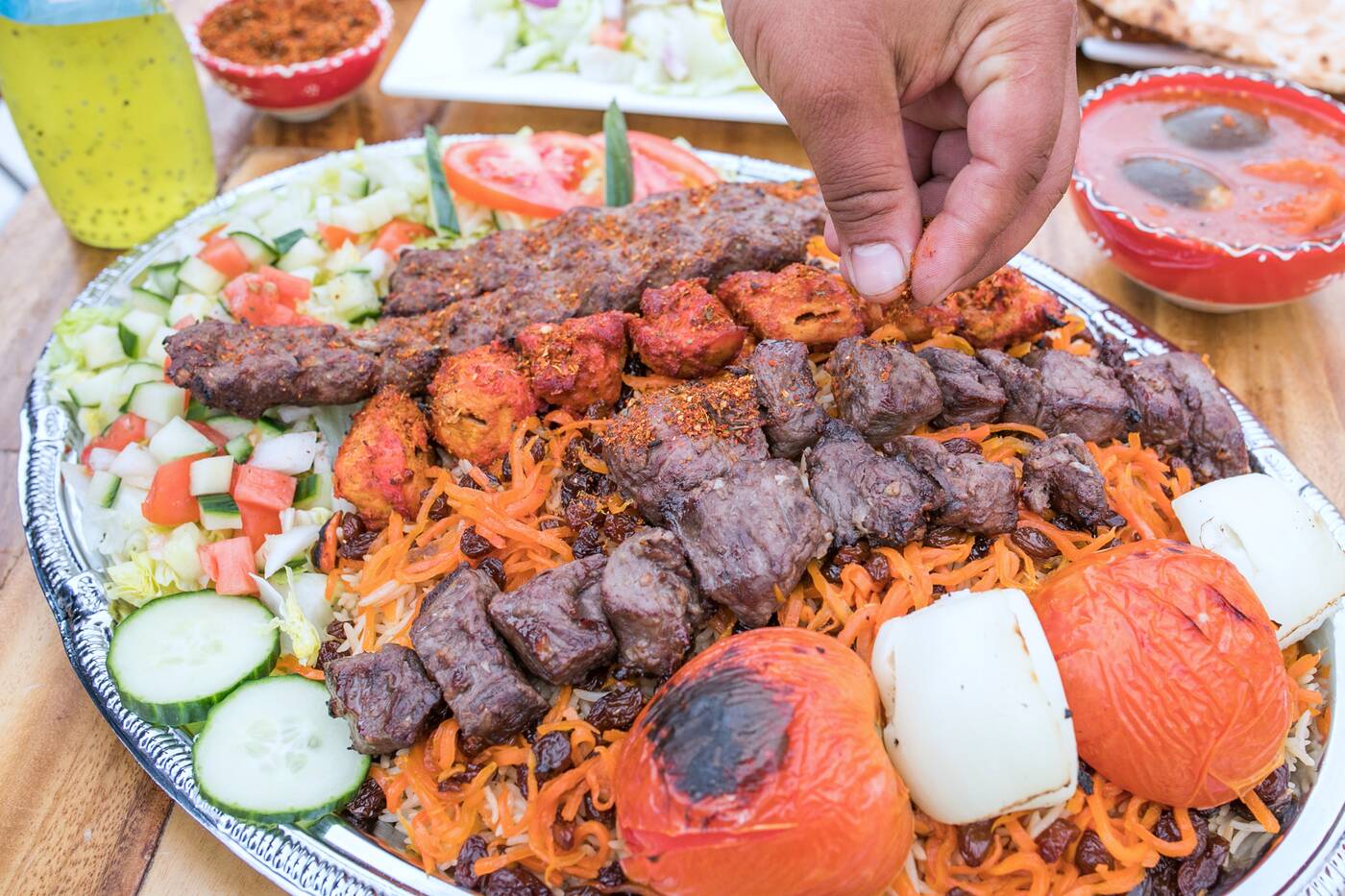 If you want to try a number of kababs at once, I recommend getting one of the family specials in the back, which can feed anywhere up to eight people.

There's tandoori chicken, which definitely has a kick, ground beef kababs, and my favourite, the Shamali kabab, which are chunks of speciality beef. 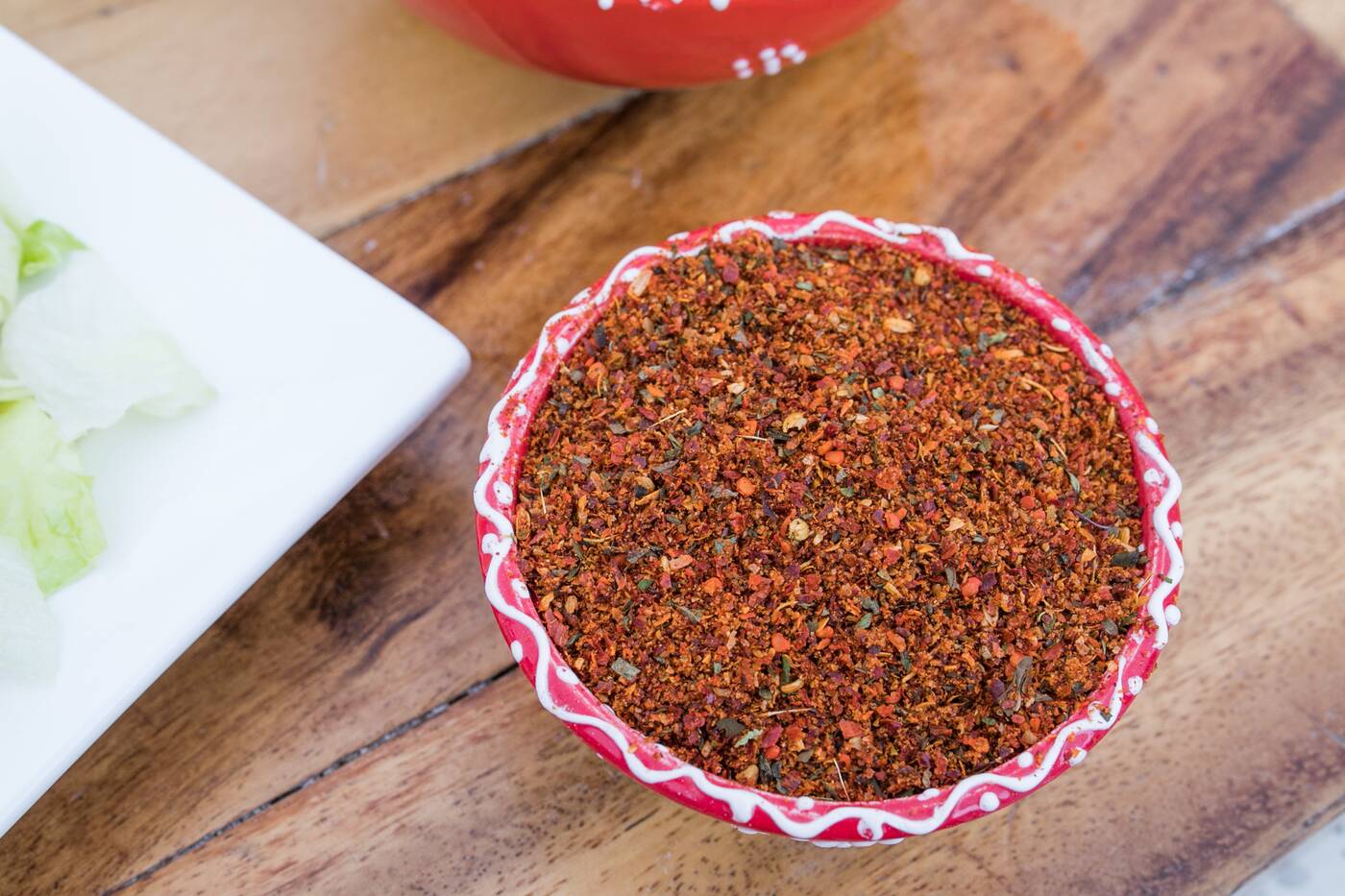 I highly suggest a generous sprinkling of the secret eight-spice mix that includes paprika and what tastes like fennel. 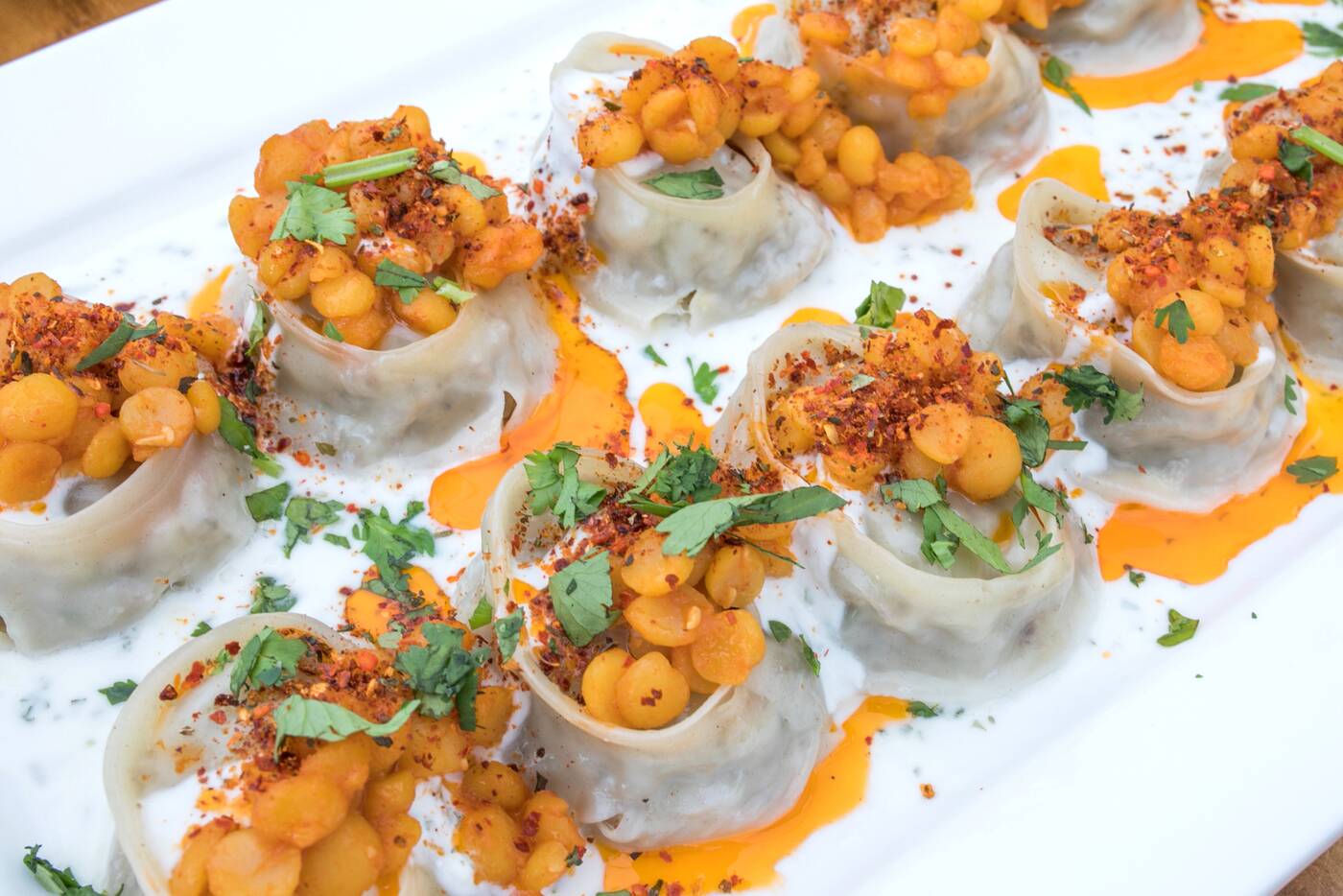 I also highly recommend a plate of mantu dumplings ($11.99 for a large), another Afghan staple. 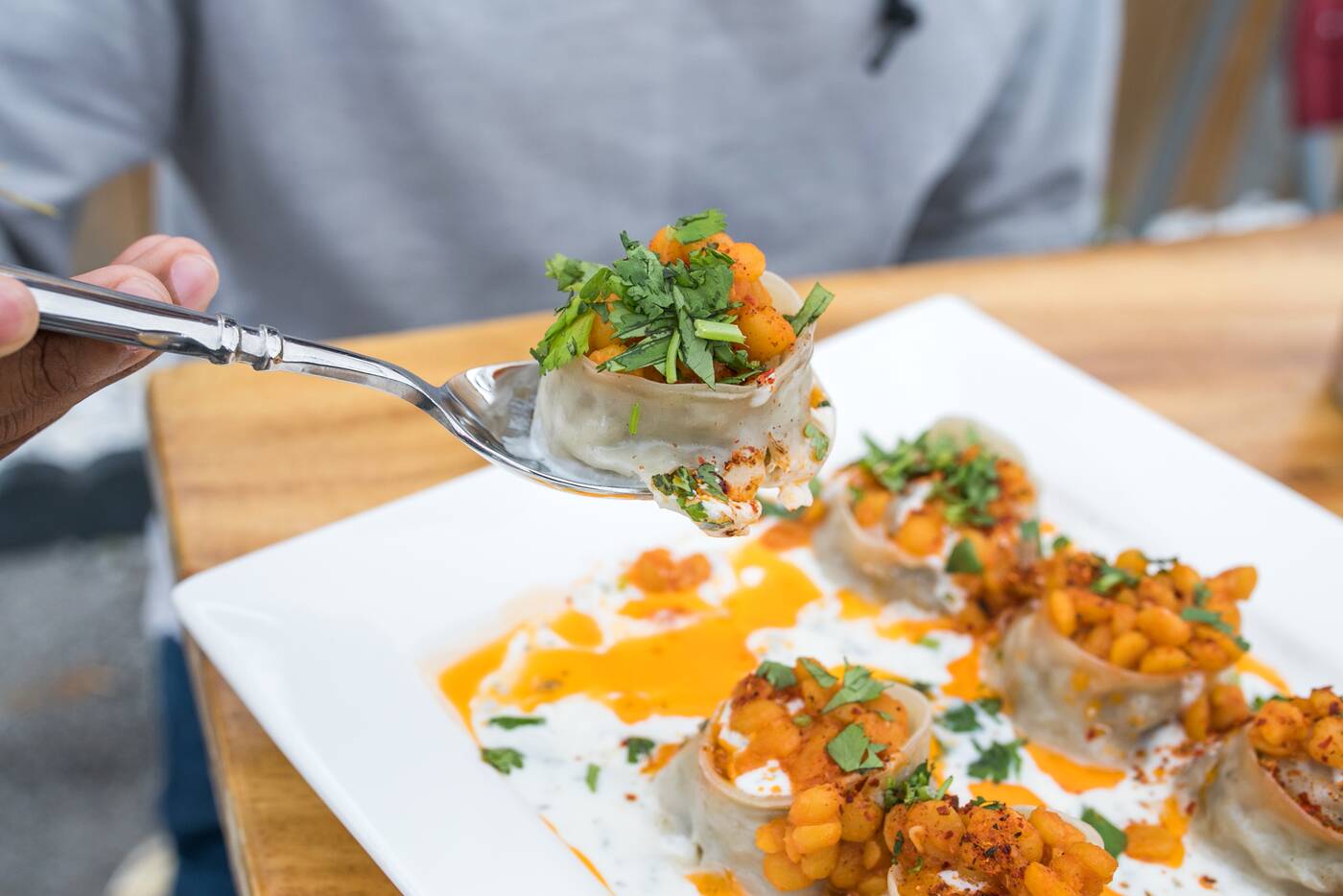 Stuffed with ground beef, they're steamed and covered split chickpeas, sumac, and yogurt sauce. Each one is delicate but exploding with flavour. 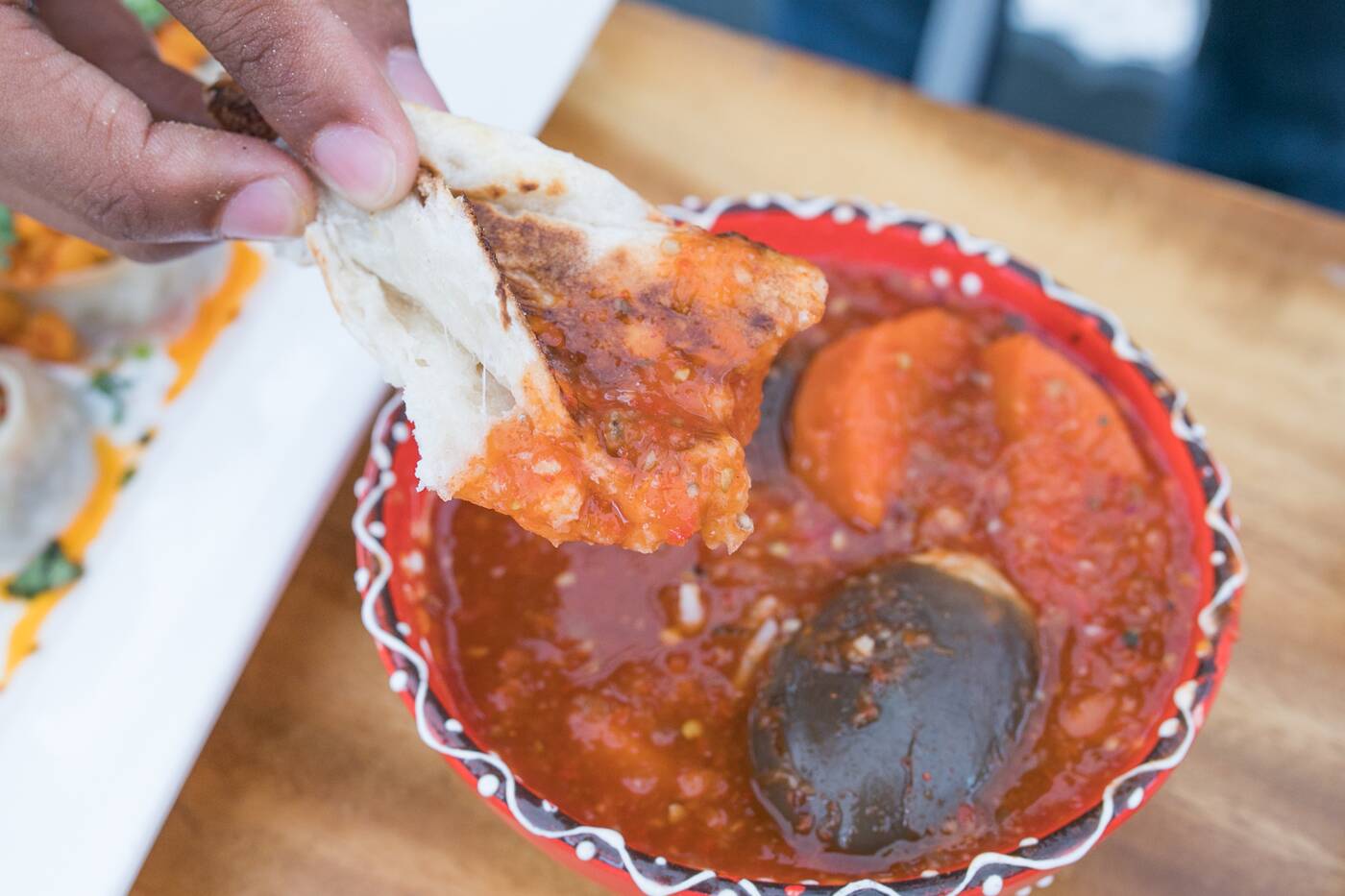 We're also given a housemade naan ($1.50), which goes well with a dipping sauce that's somewhat like a spicy eggplant stew. 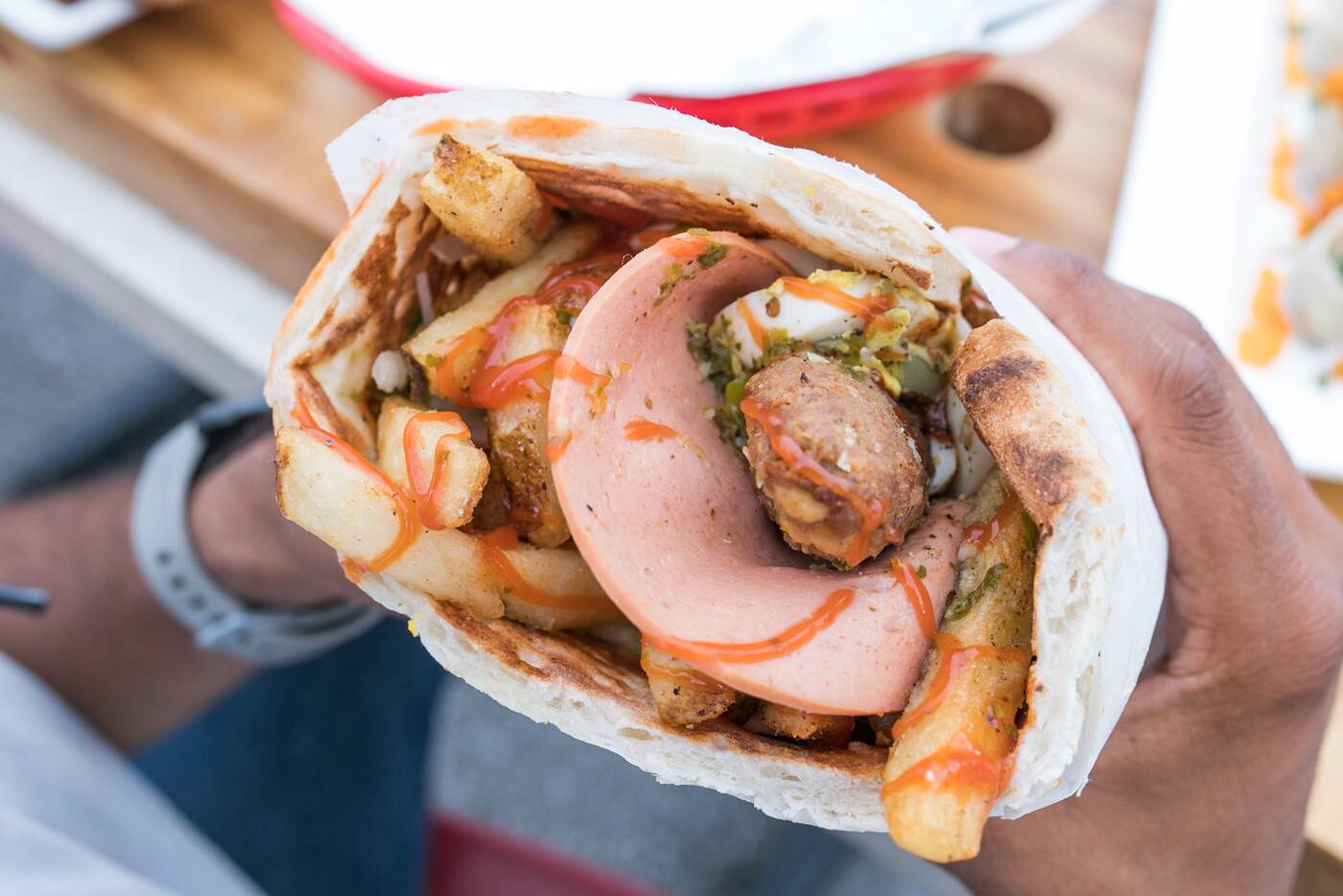 More handy if you're looking for an order to-go is the Afghan Burger, which are sold at stalls across Afghanistan, akin to the hot dog stands of North America.

It's got a hodgepodge of ingredients including chicken baloney, beef, and boiled egg. 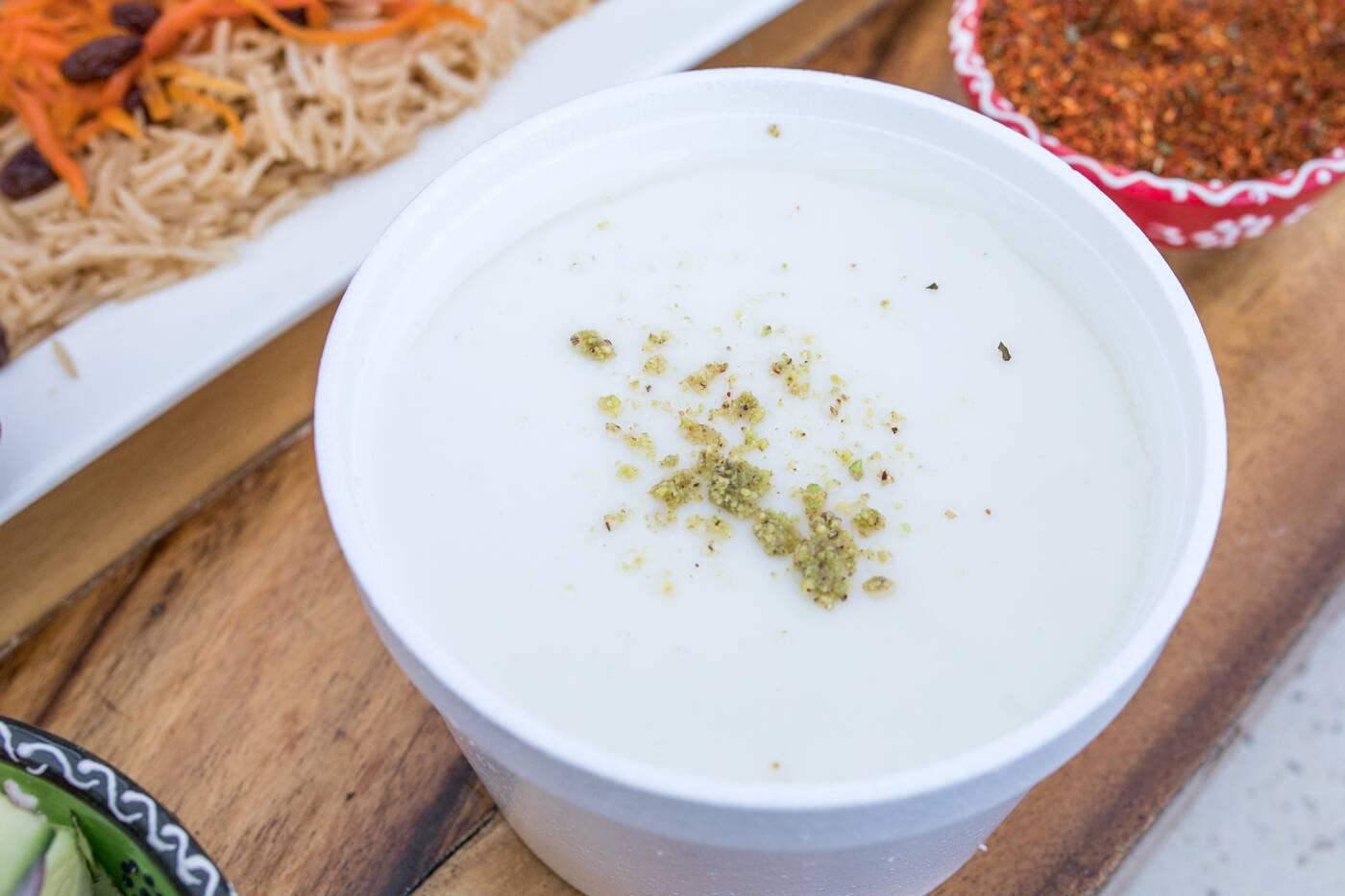 End it off with shir berenj, a tasty cardamom rice pudding sprinkled with a layer of pistachio crumbs. 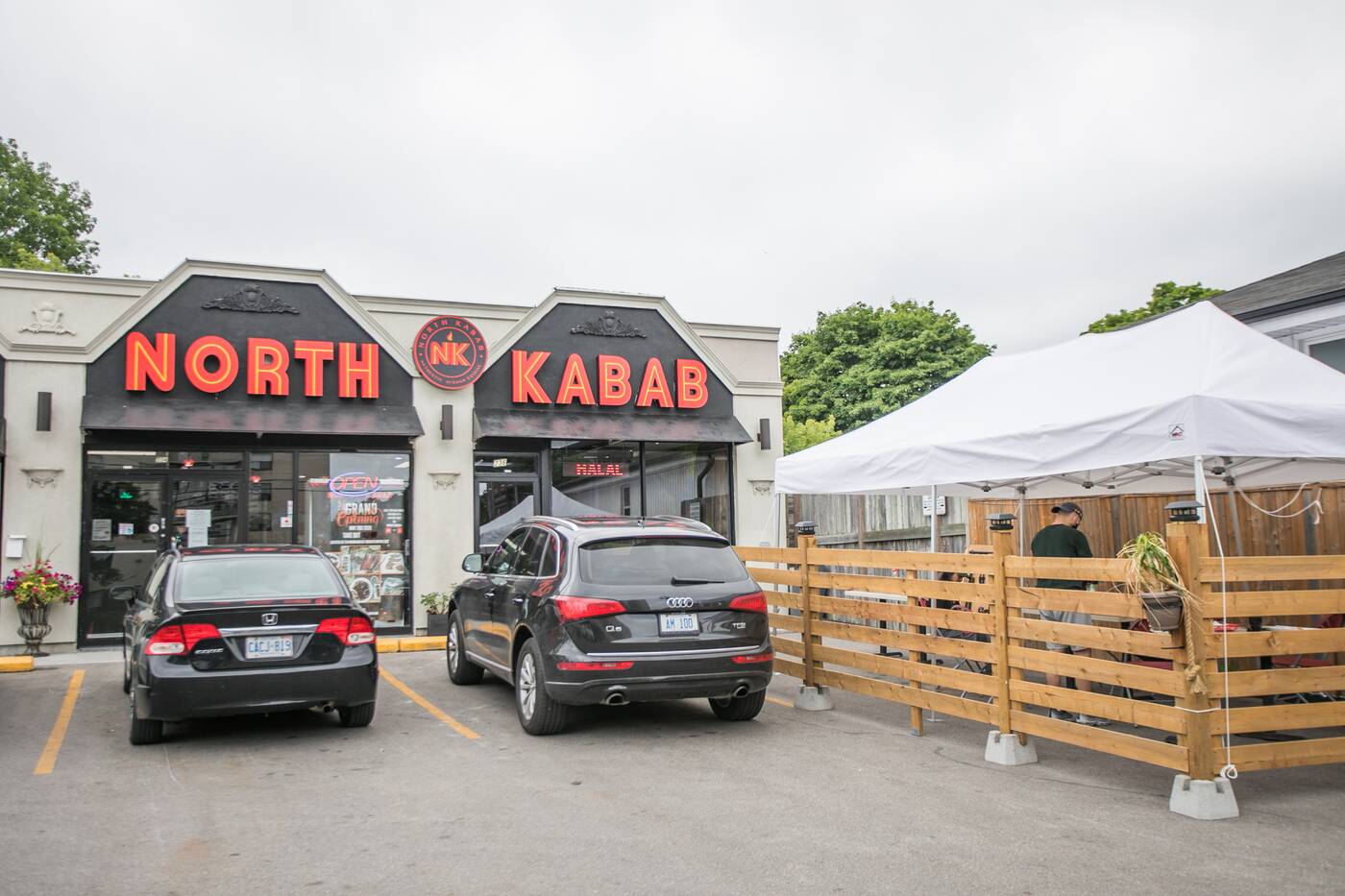