Noonan's is a local watering hole on the Danforth built to resemble traditional pubs found on the west coast of Ireland.

Before taking ownership, Jane Noonan had been a regular here when it was known as Dora Keogh, another Irish bar open since 1997. 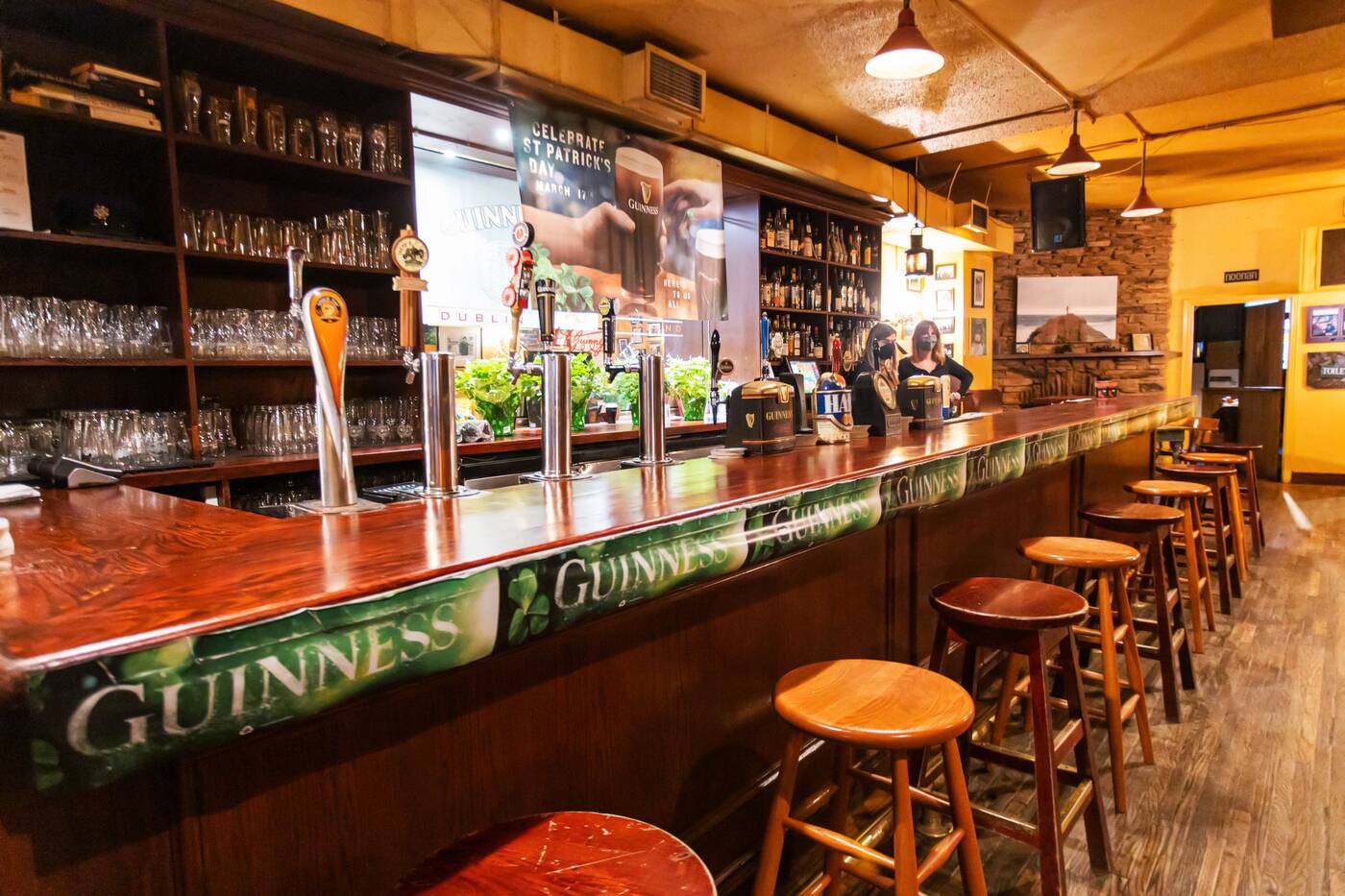 Jane got to know the previous owner very well through her work with the Ireland Fund of Canada. 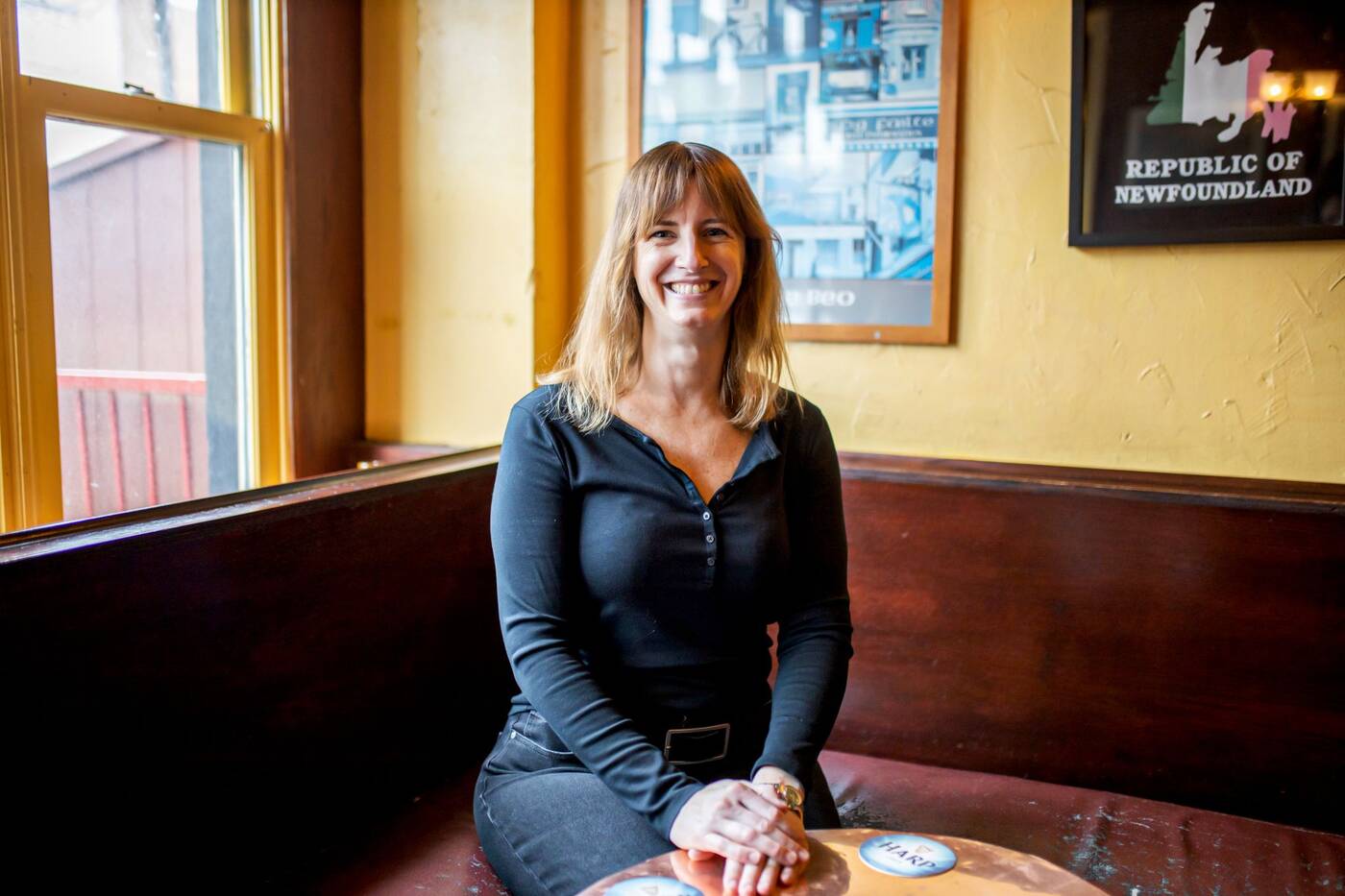 So, when Noonan was looking to take another direction career-wise, she jumped at the opportunity to take over. 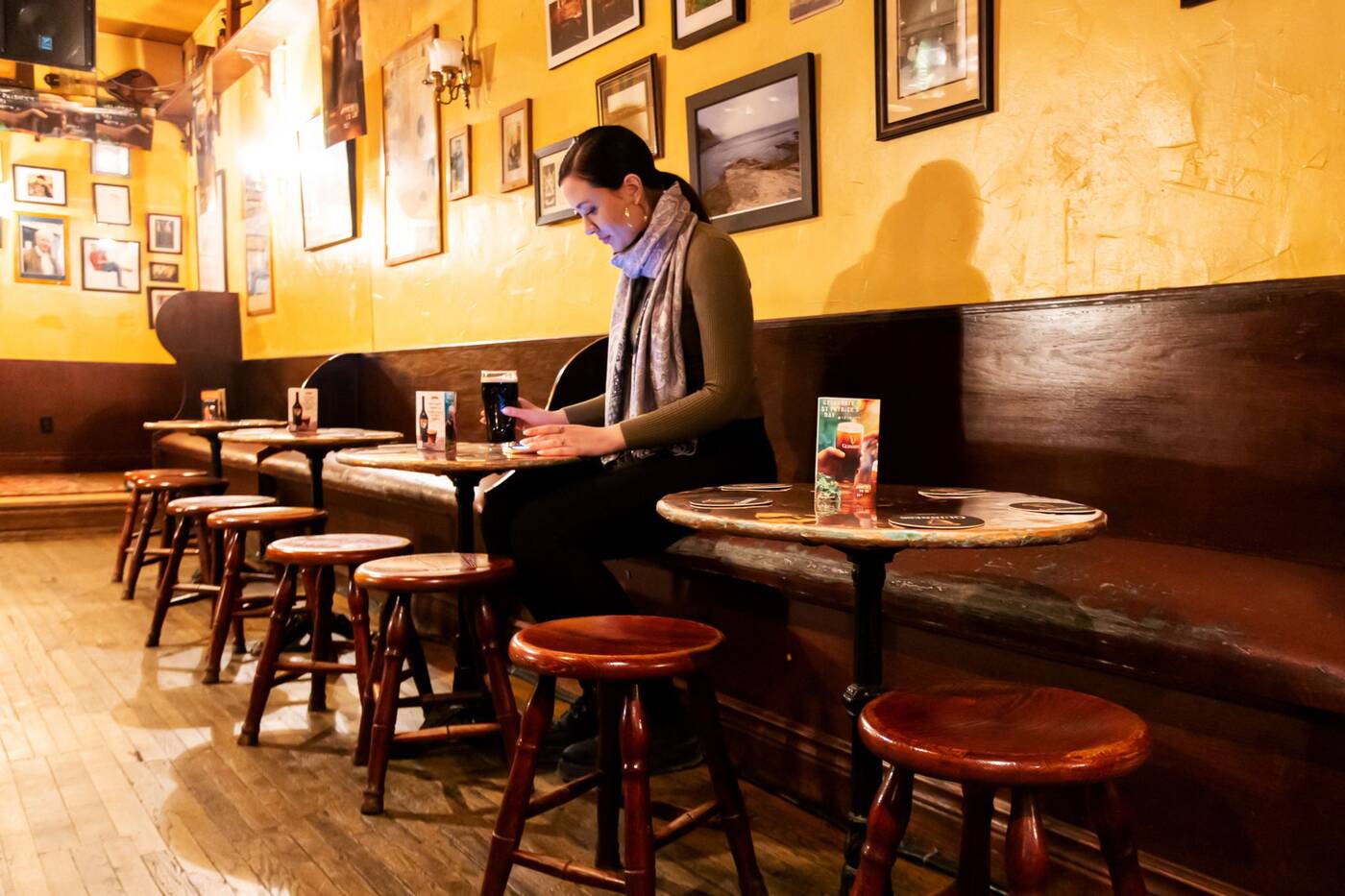 Aside from the name, not much has changed on the inside of the bar. It encompasses features that are authentic to an Irish bar; short stools dance around mini copper tables, a fireplace nook, and woodsy old-world decor on the walls. 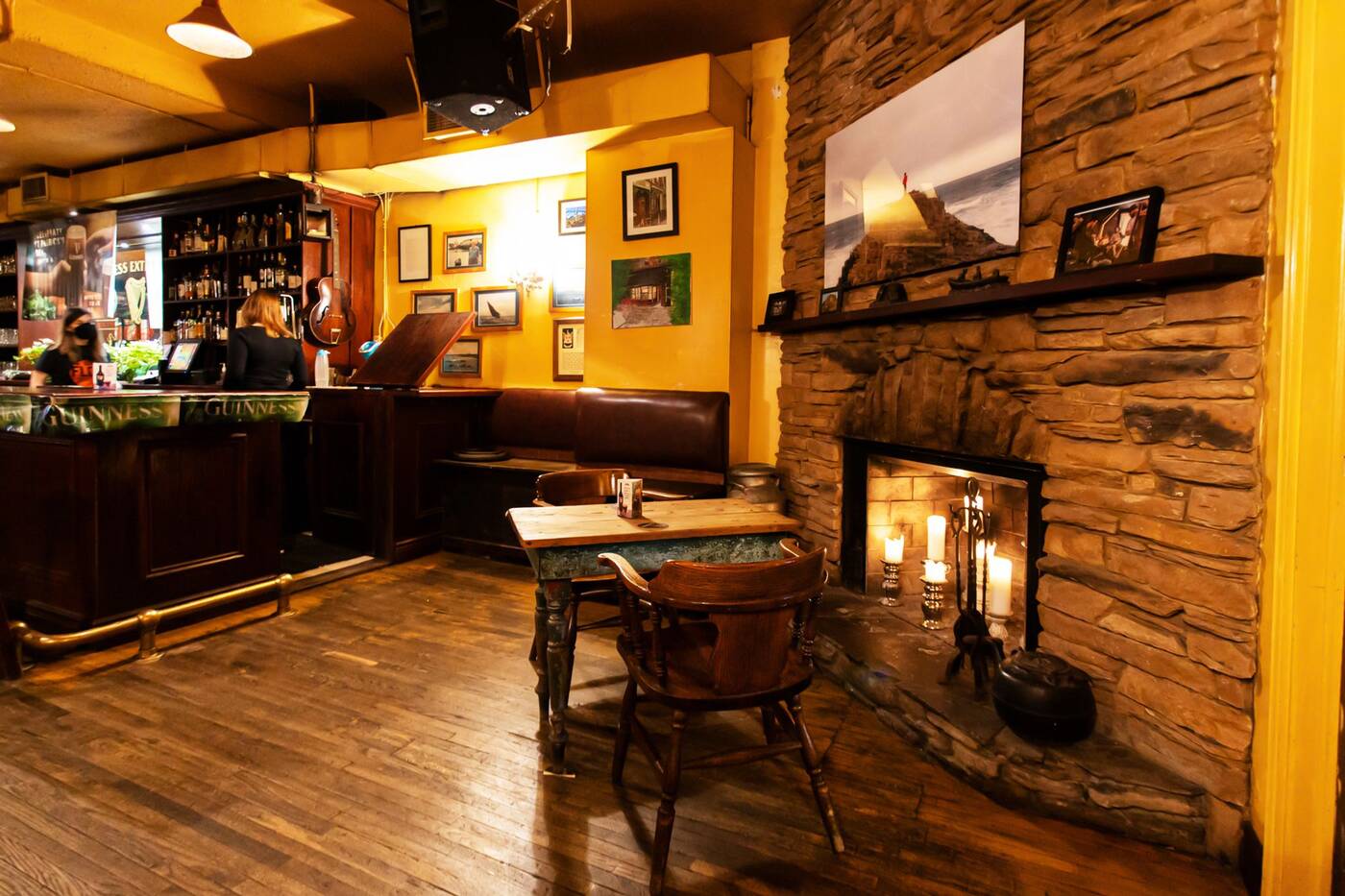 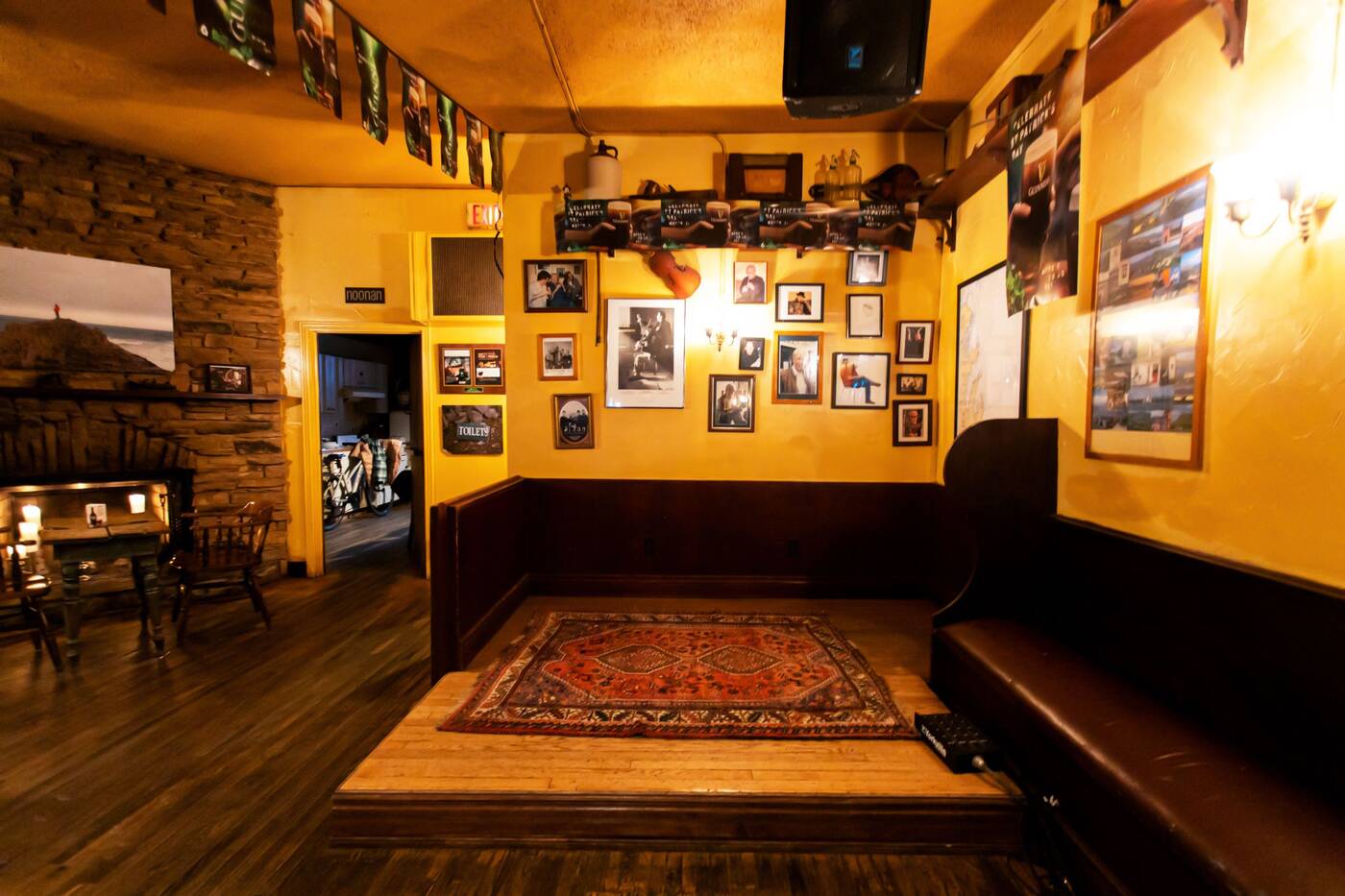 Behind the small carpeted stage, sits portraits on a wall of those who've passed away and used to be regular performers at at the pub. 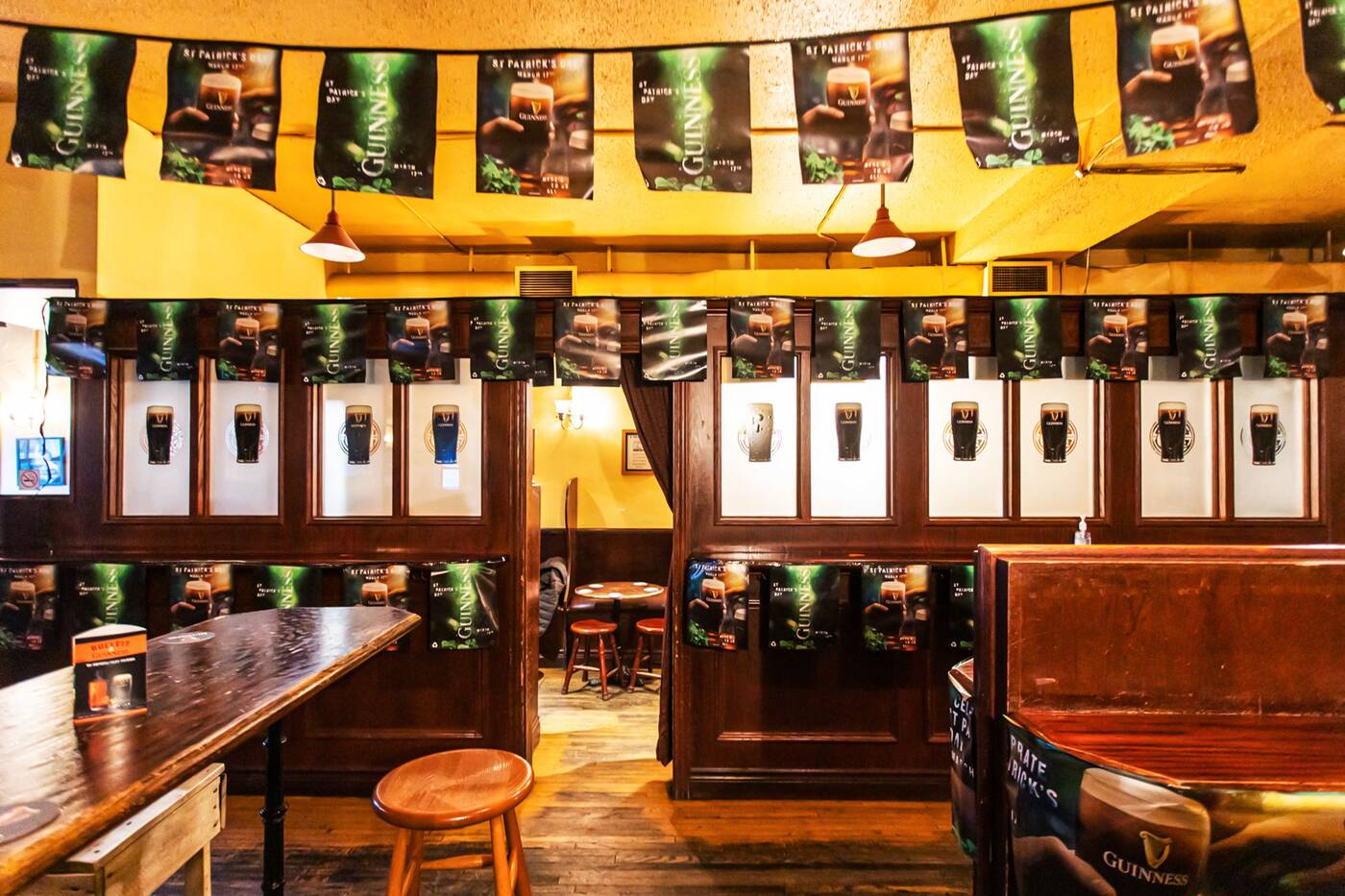 There's an ode to Irish history inside of Noonan's, with a cornered off room of the bar called "The Snug." When women were only allowed in Ireland pubs on Sundays, the room was used to keep them separate from the men. 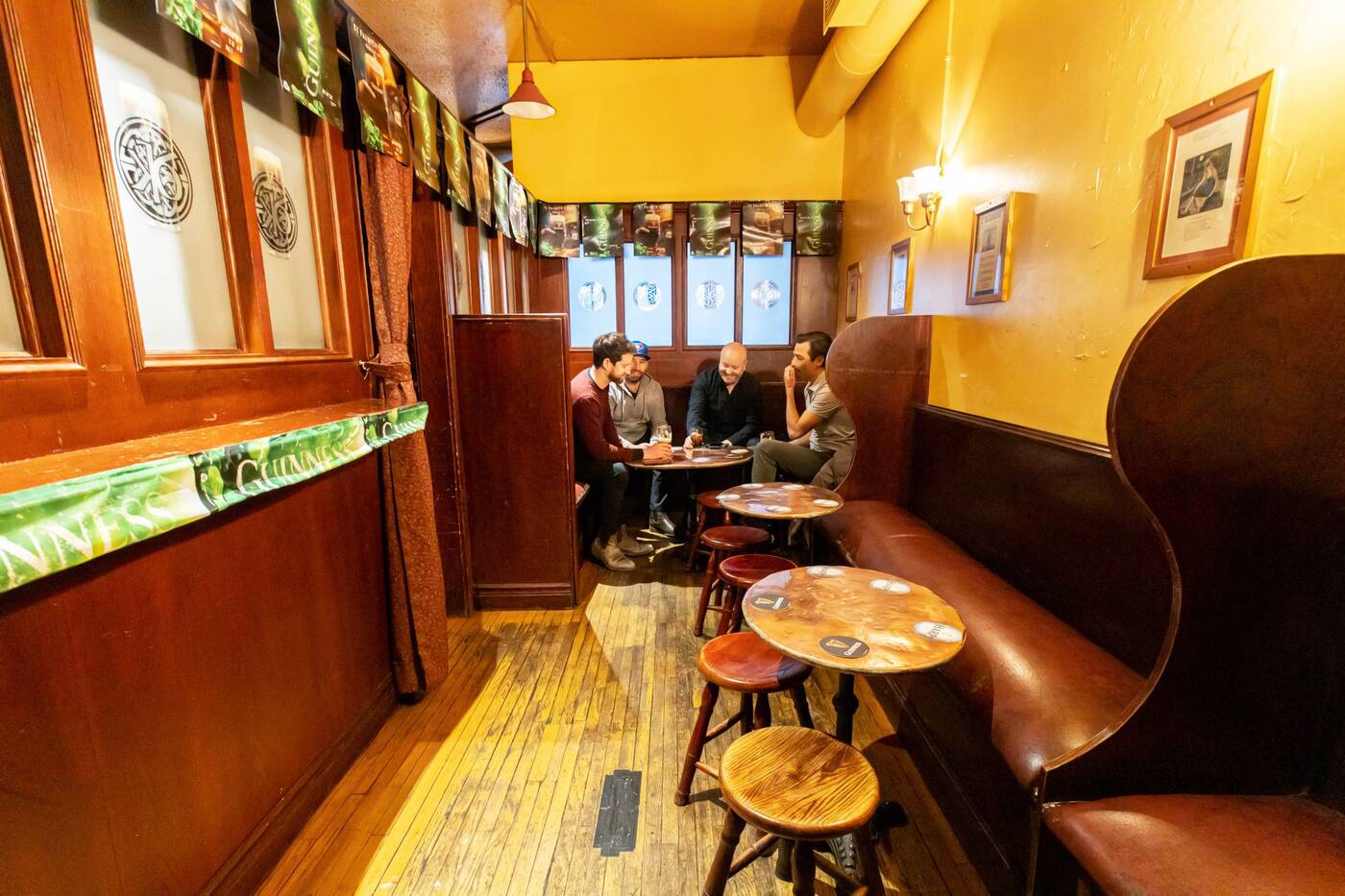 Of course, in 2022, you'll find people of all genders taking advantage of the private seating area for group outings or parties. 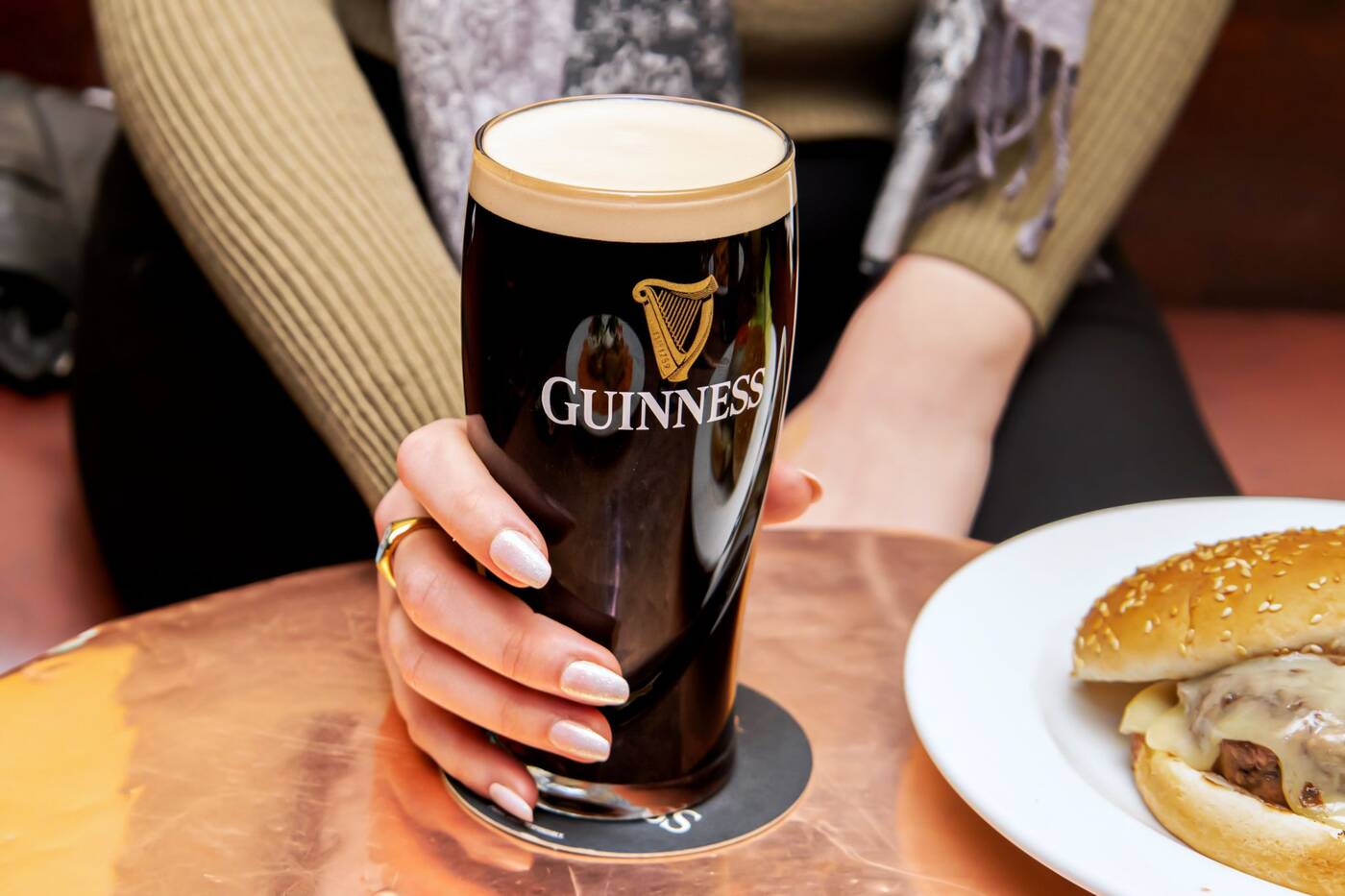 Charge up with the beer Noonan's is known for pouring. Crisp and served with a clean line, the Guinness ($8.50) has a quality taste.

Other bars, where this beer isn't ordered as often, may have it sitting in kegs for longer. At Noonan's, it's ever-flowing, so you know you're sipping on fresh product. 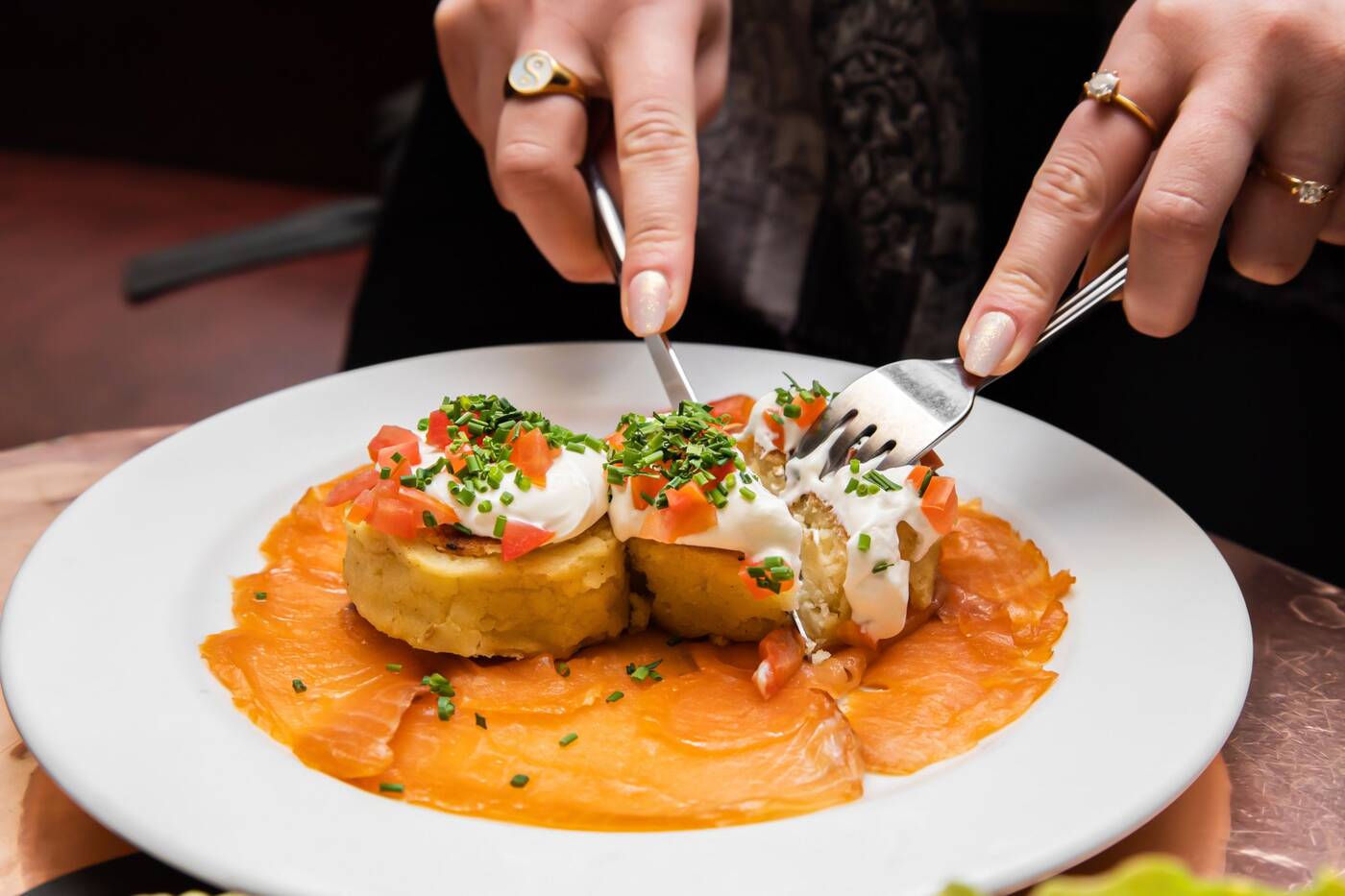 The food program at Noonan's is ran by Allen's, another pub next door.

Try the Irish Salmon Potato Cakes ($17.00) for something light and flavourful to start. Two firm potato patties are placed on a bed of smoked salmon, then adorned with a dollop of creme fraiche, diced tomatoes and chives. 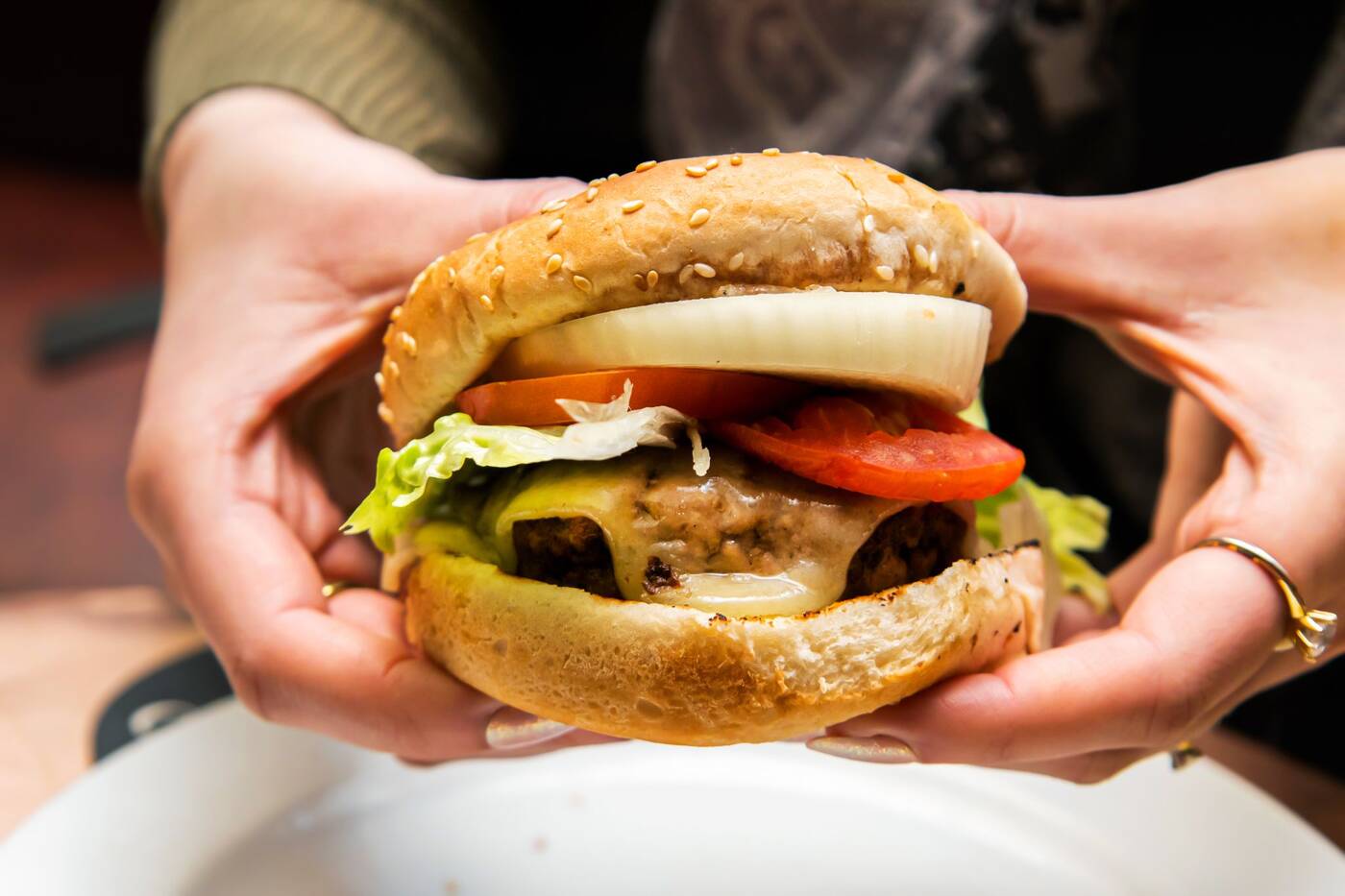 The Basic Burger ($17.00) comes with all the fixings. One house-made beef patty is stacked with layers of tomato, onion, lettuce and pickles. 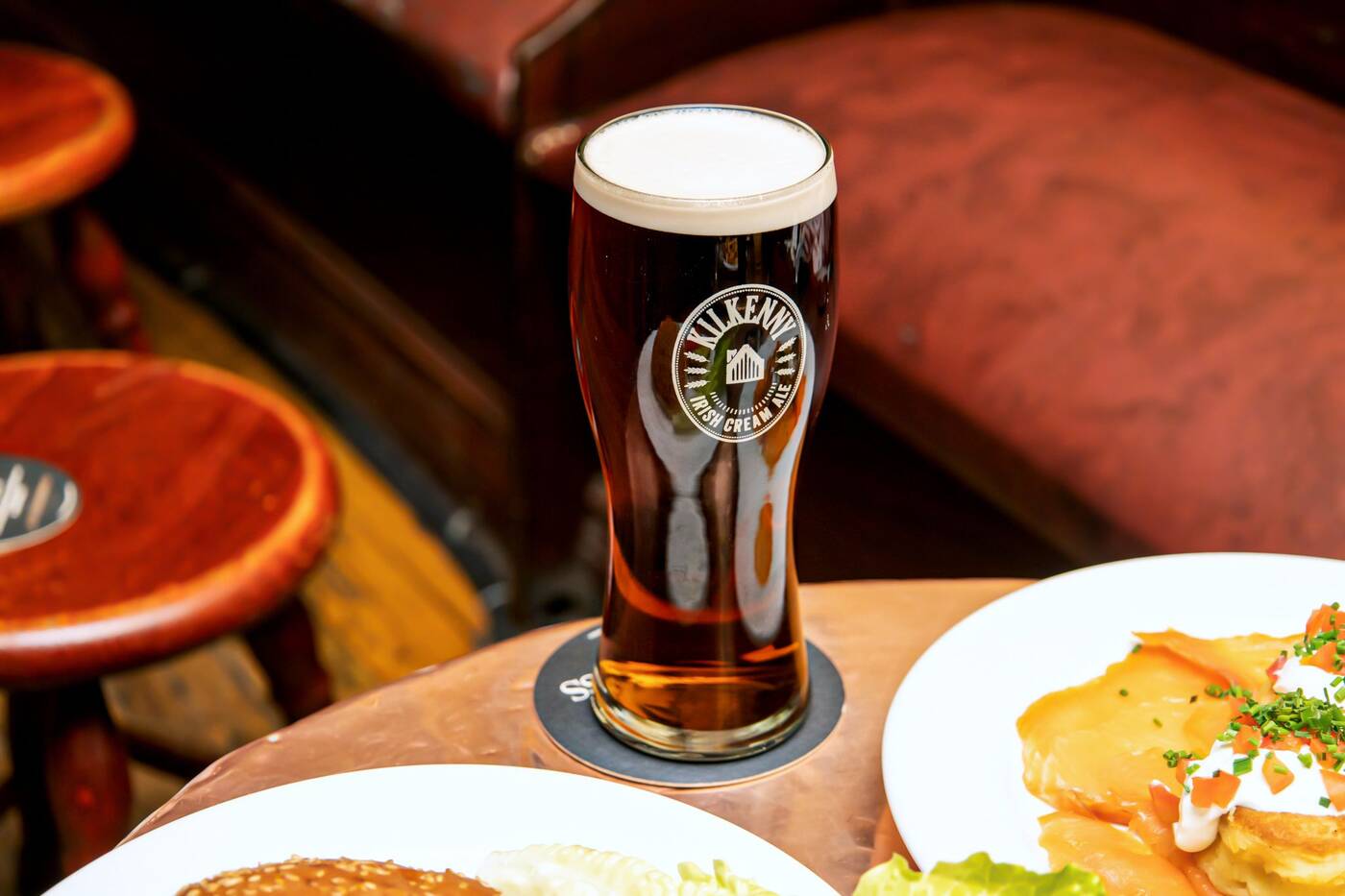 Another option for an Irish beer is the Kilkenny ($8.50), named after a city in Ireland. As an ale, it's hoppy in taste, but goes down smoothly. It'll pair nicely with a plate of fries or the salmon potato cakes. 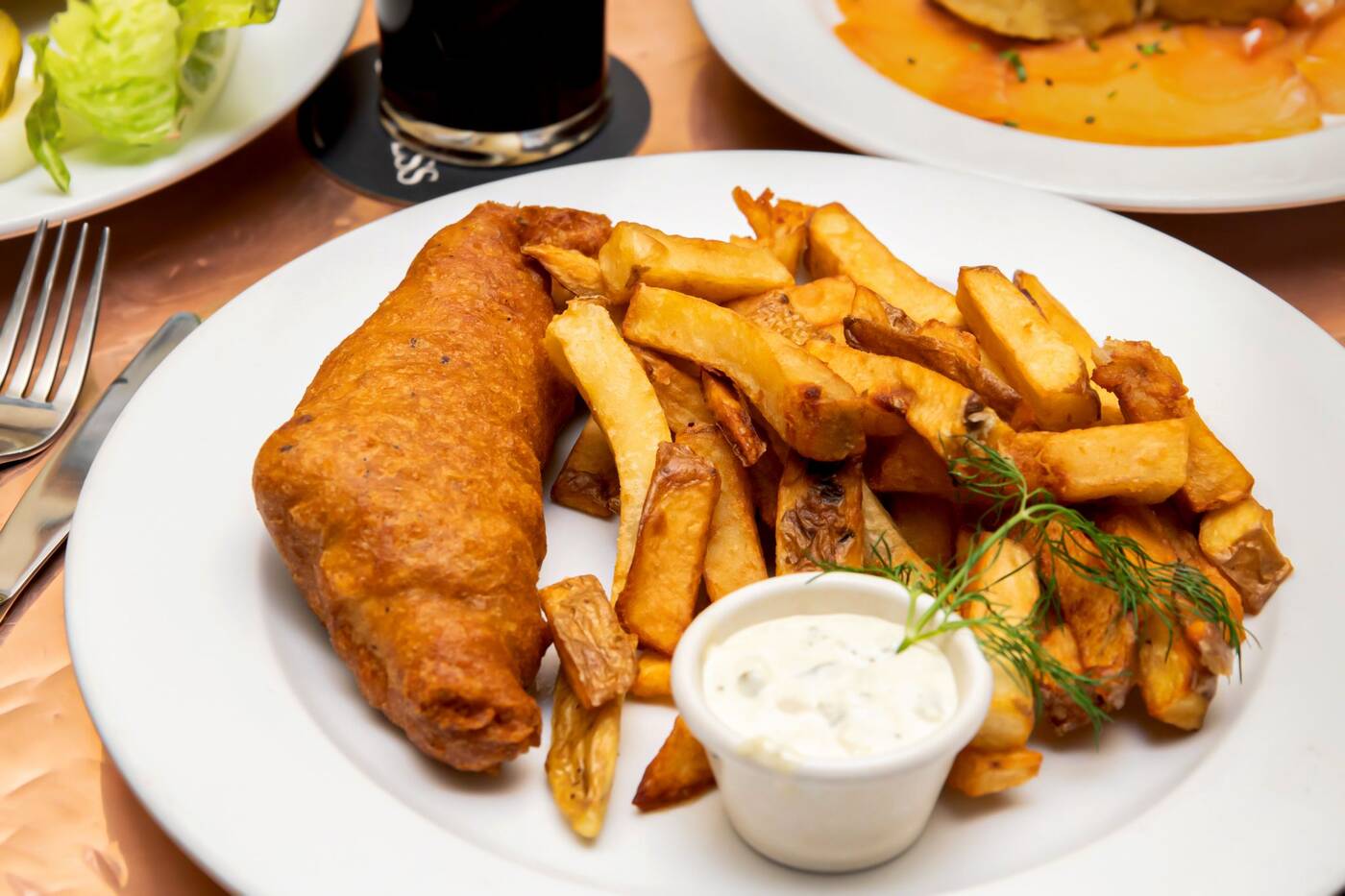 You can't go wrong with a classic pub dish of Fish & Chips ($22.00). A piece of wild halibut gets fried with a lager-based batter. You'll love snacking on the thick yukon gold french fries that is served with this dish. 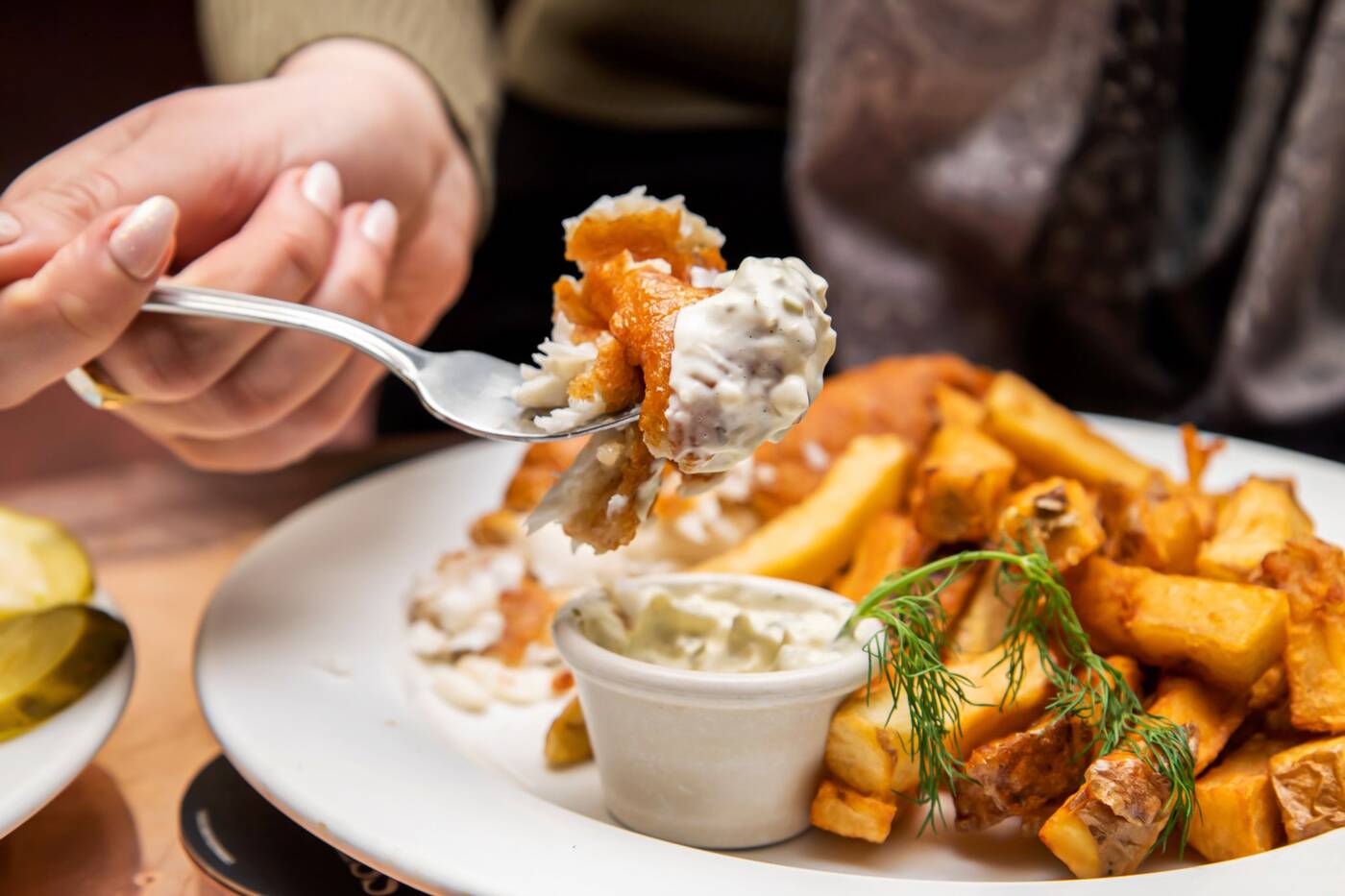 Dunk each piece of fried goodness, in the creamy house-made lemon-dill tartar sauce that comes on the side. 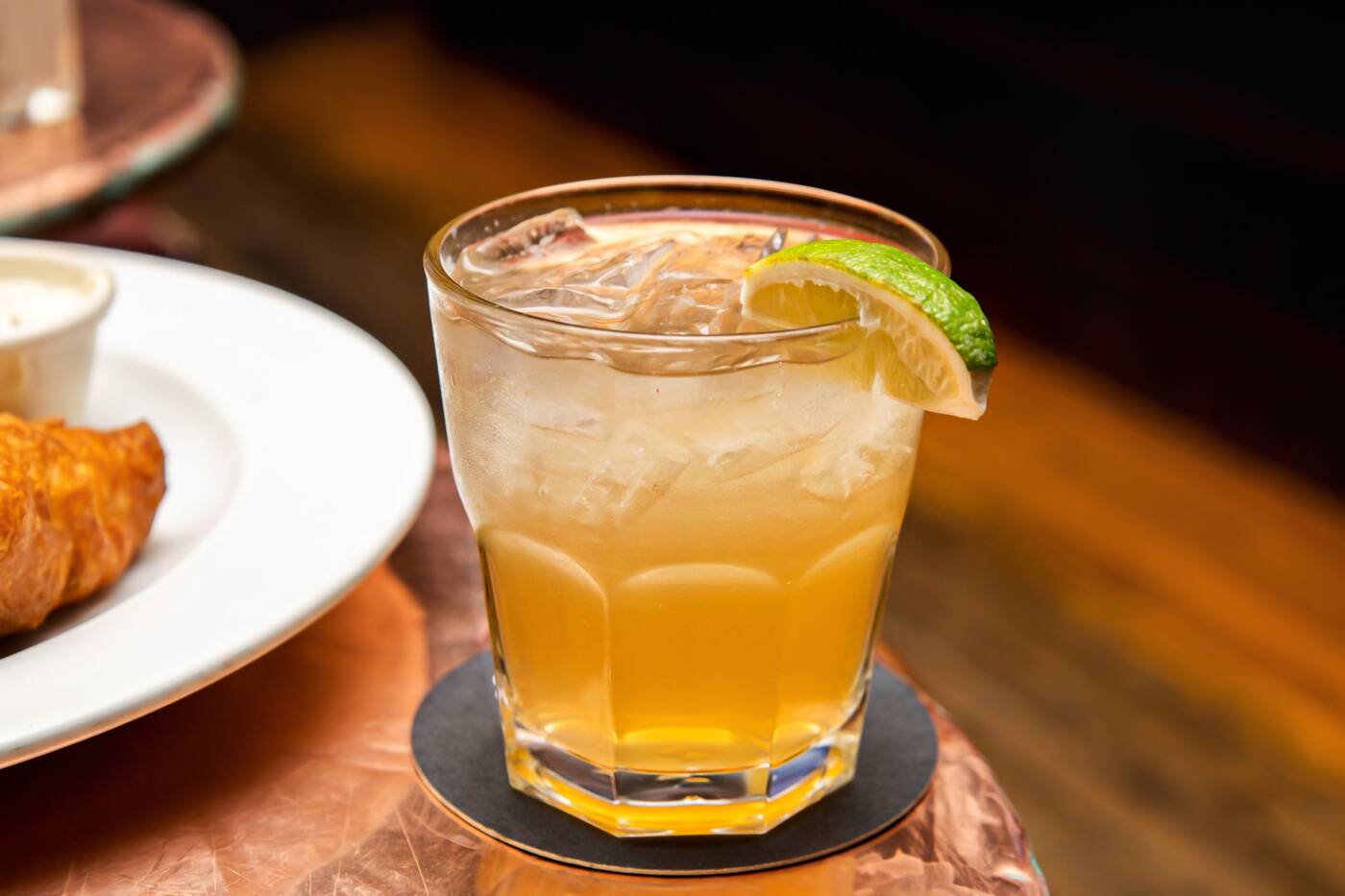 If you're not a beer person, Noonan's also has a list of house cocktails.

The Irish Buck ($12.00) is a simple blend of Bushmills Irish Whiskey and ginger beer. Not too strong, but has just enough kick of flavour to charge you up for the night. 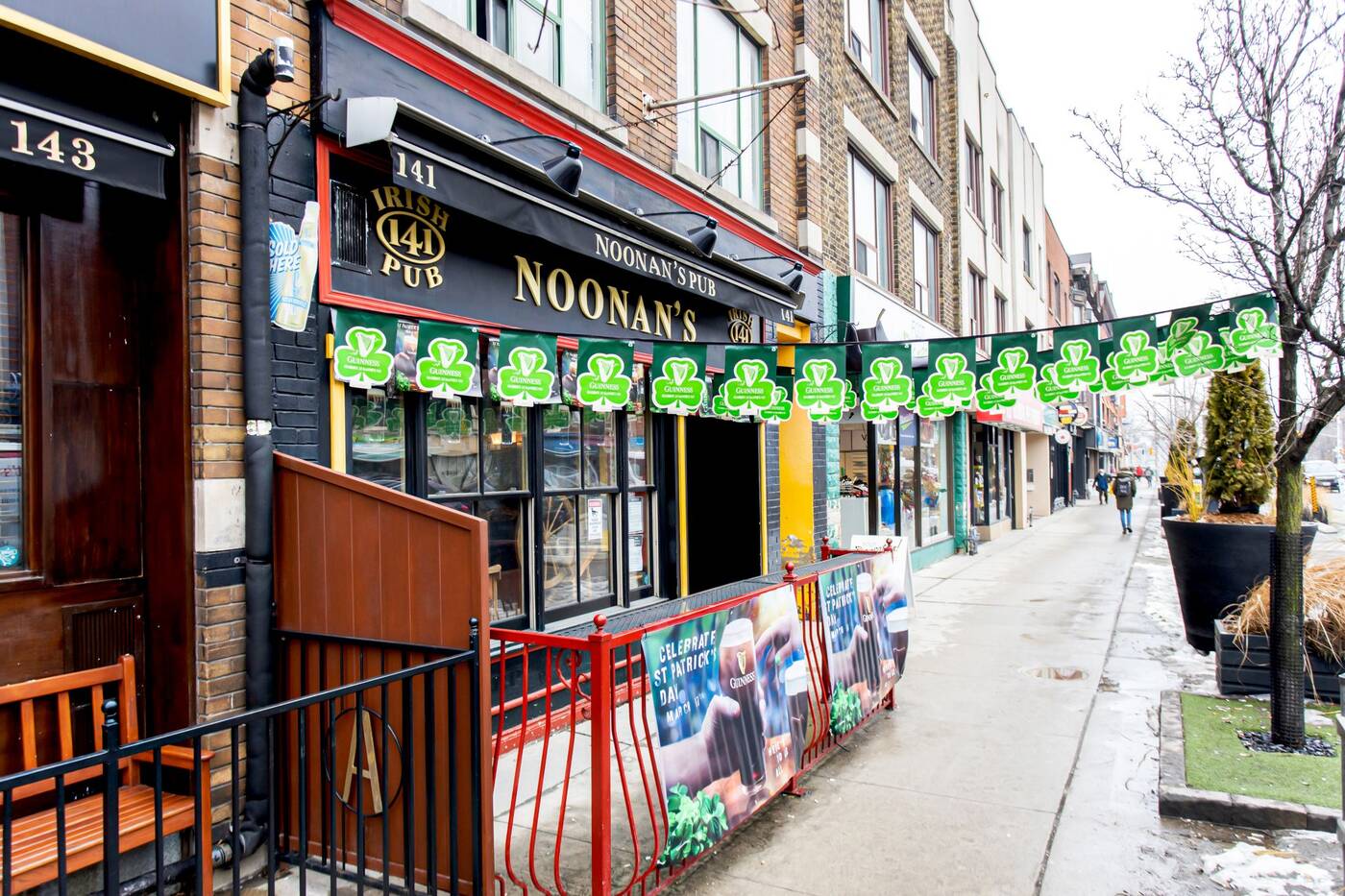 Noonan's shares a small patio space out front with Allen's which sits on the right side of it. Look inside their front windows, to see if there's enough seats, especially if you plan to visit on a Sunday, as its their busiest night of the week.