Musoshin Ramen deals not only in bowls of ramen but also Japanese sweets and baked goods as the first Toronto location of a two-restaurant Japanese chain.

Shin Inaba opened the first Musoshin about 10 years ago in Kyoto where there's now also a second location. Their workshop in the Gion district of Kyoto offers noodle-making classes alongside the homemade menu.

The idea for this first non-Japanese ramen house started when Inaba reached out to his old junior high classmate, Aoi Yoshida. 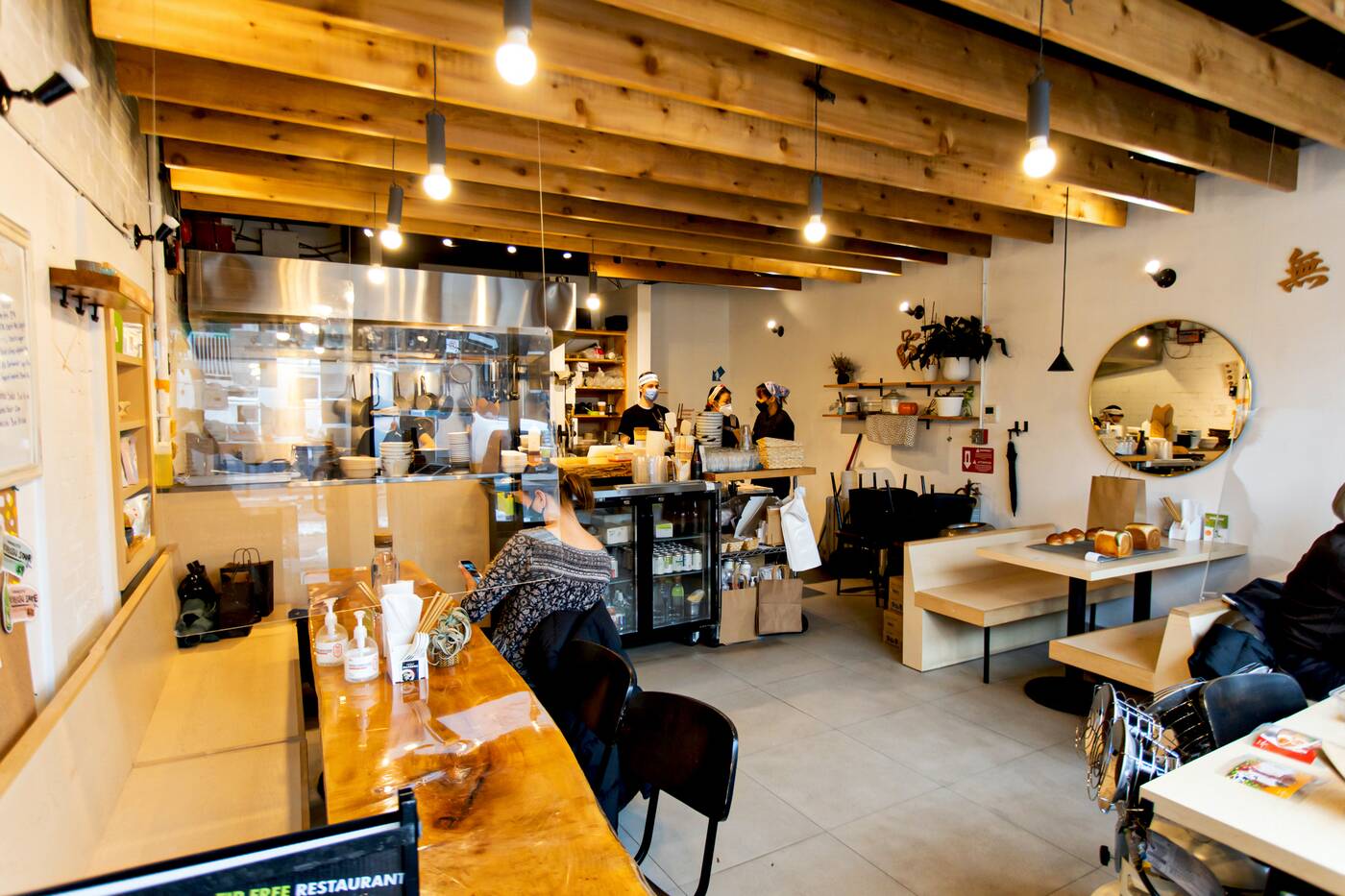 Although it had been 20 years since the childhood friends had spoken, Yoshida caught Inaba's attention with her Instagram baking business she was running from her home in Toronto. 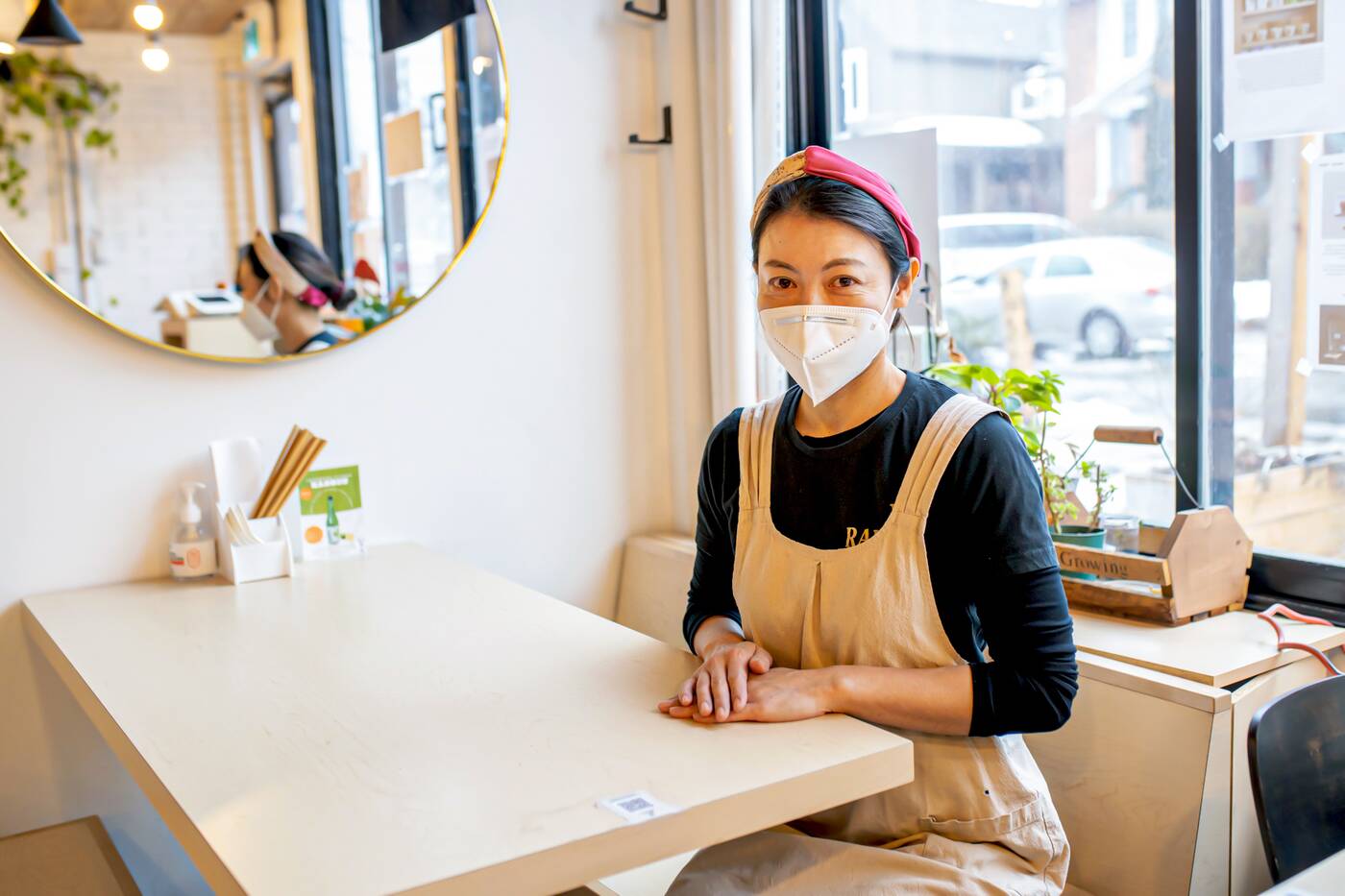 The plan was for Yoshida to do all the baking for the new location and the ramen would be made from Inaba's famous recipe.

COVID kept her business partner in Japan for the last two years, which meant Yoshida has had to learn all there is to know from him over Zoom. 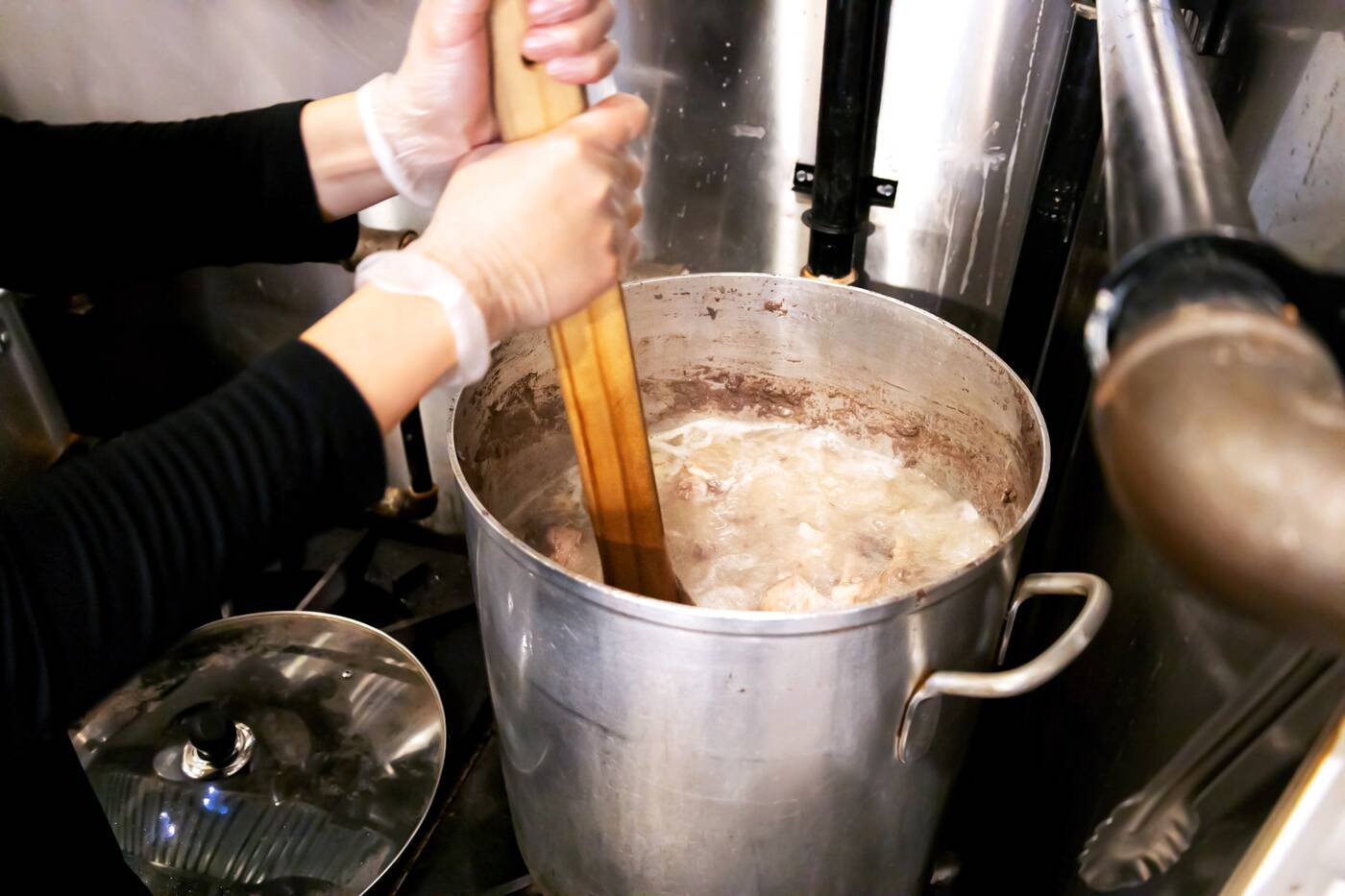 Just like at the Kyoto locations, everything including their noodles, koji, miso and varieties of broth are made from scratch on-site. The pork and vegetable broth cooks for three hours or more before being brought to a boil until it thickens. 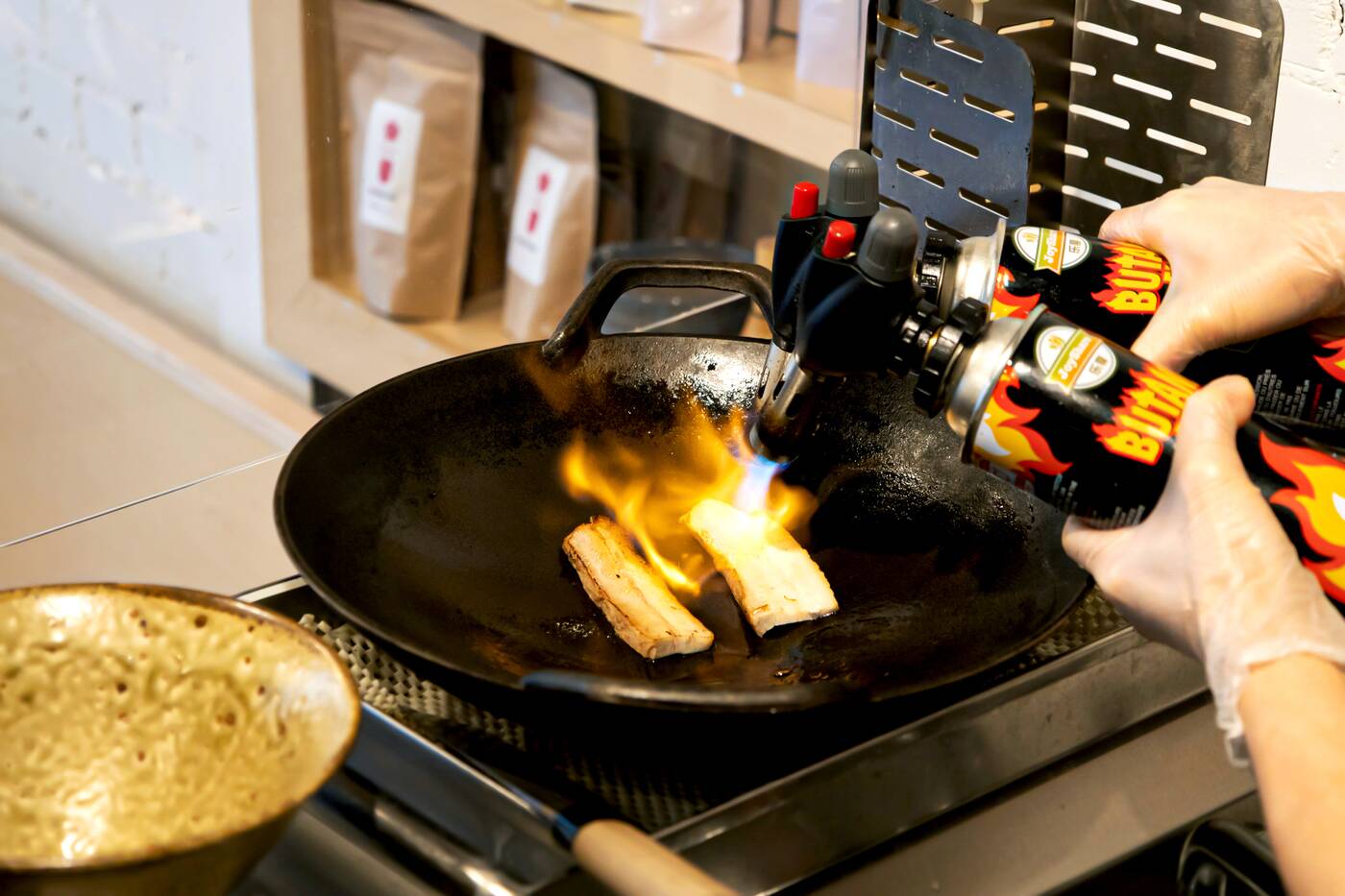 Chashu pork belly tops a few of the ramens on the menu, slow-braised in the broth until tender and torched on the grill. 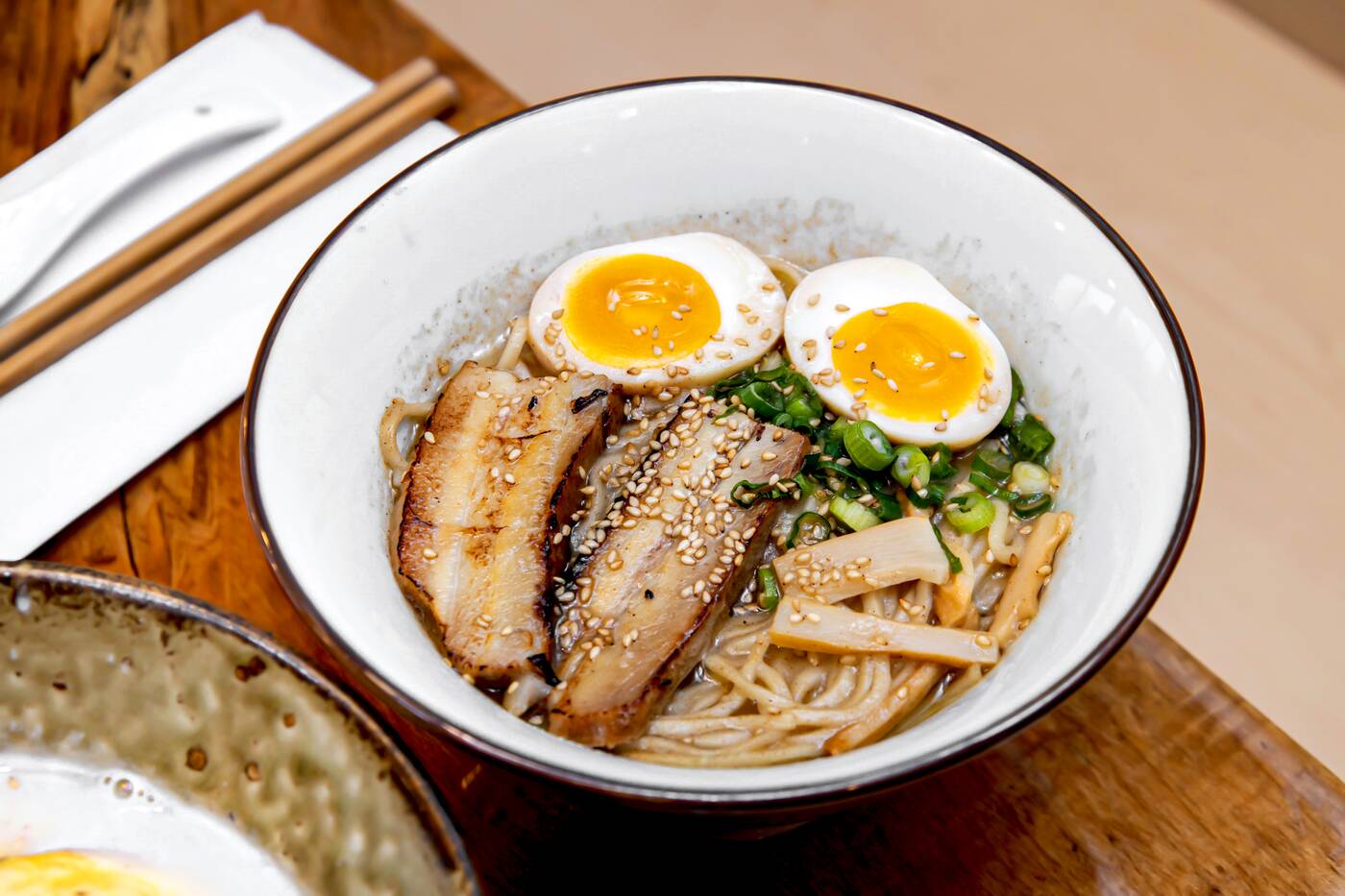 The rich umami flavours come from koji, which is made on-site from mould-inoculated rice that's left to ferment for five or more days. 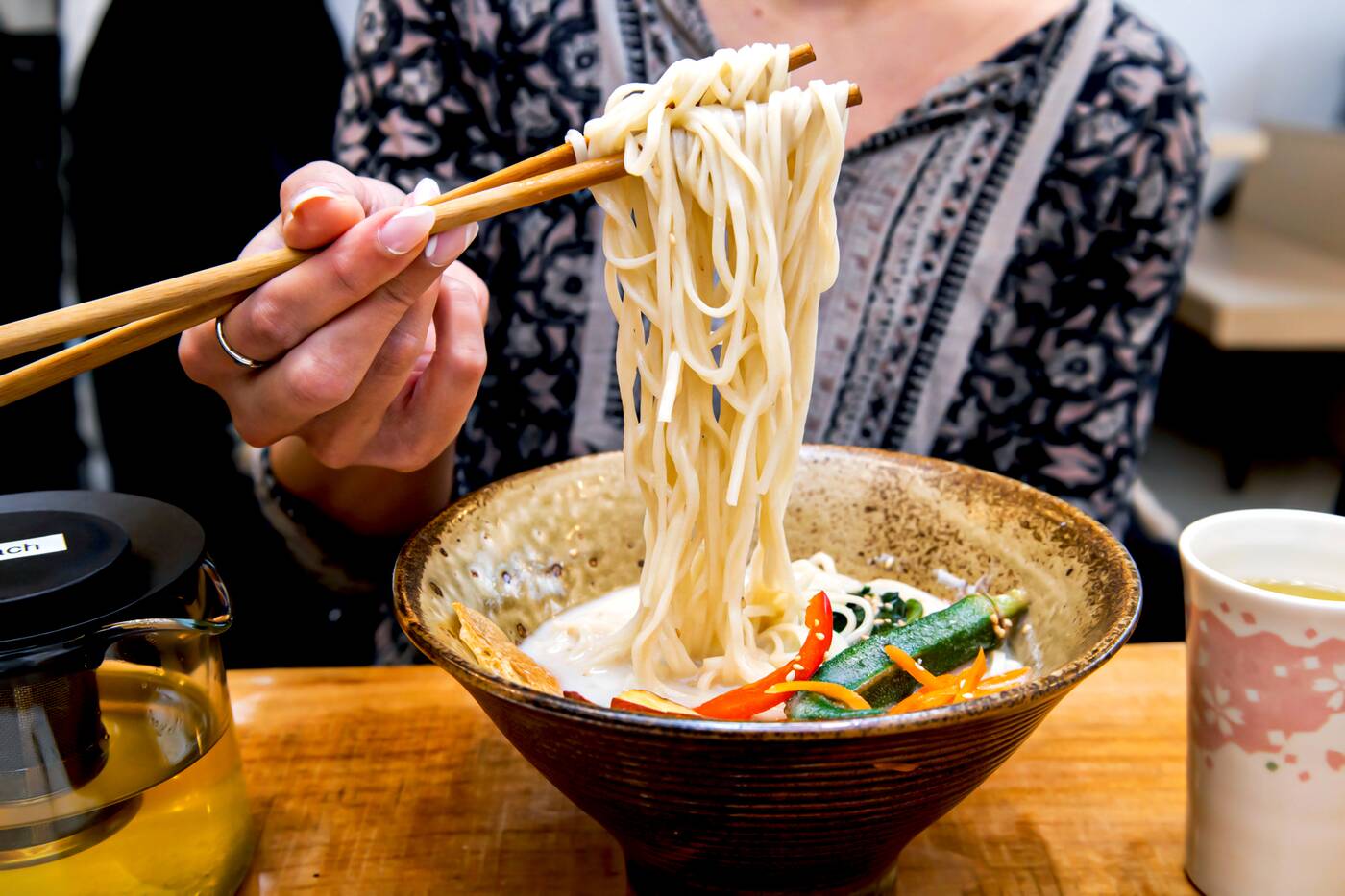 The Kyoto white miso vegan ramen ($17) is made with a salty miso paste derived in-house from fermented soybeans and koji, as well as kelp and shiitake dashi broth. 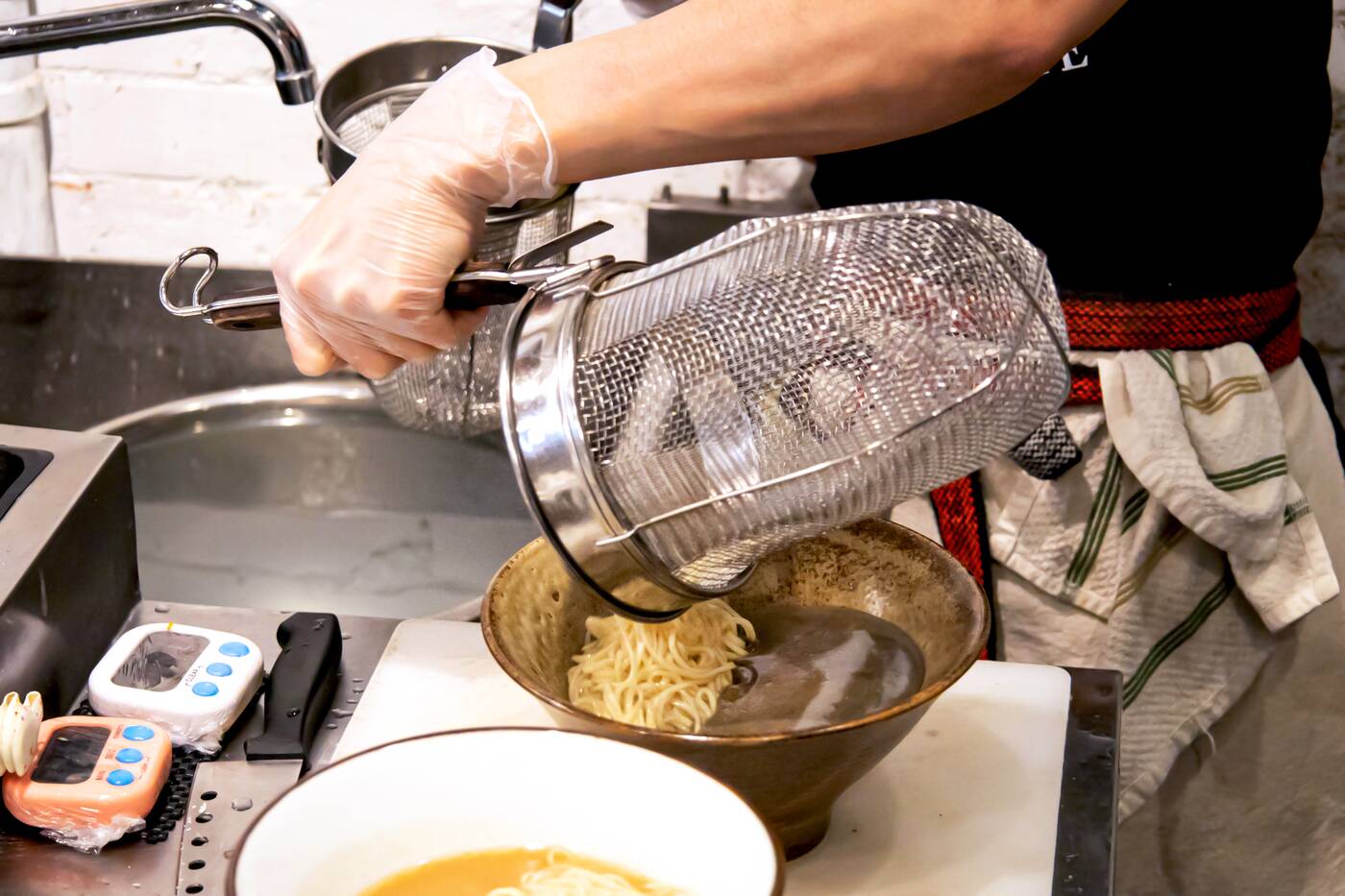 There's even one limited-time Gion black ramen ($19.50) that gets its taste from a spicy and sour pork broth and black sesame. 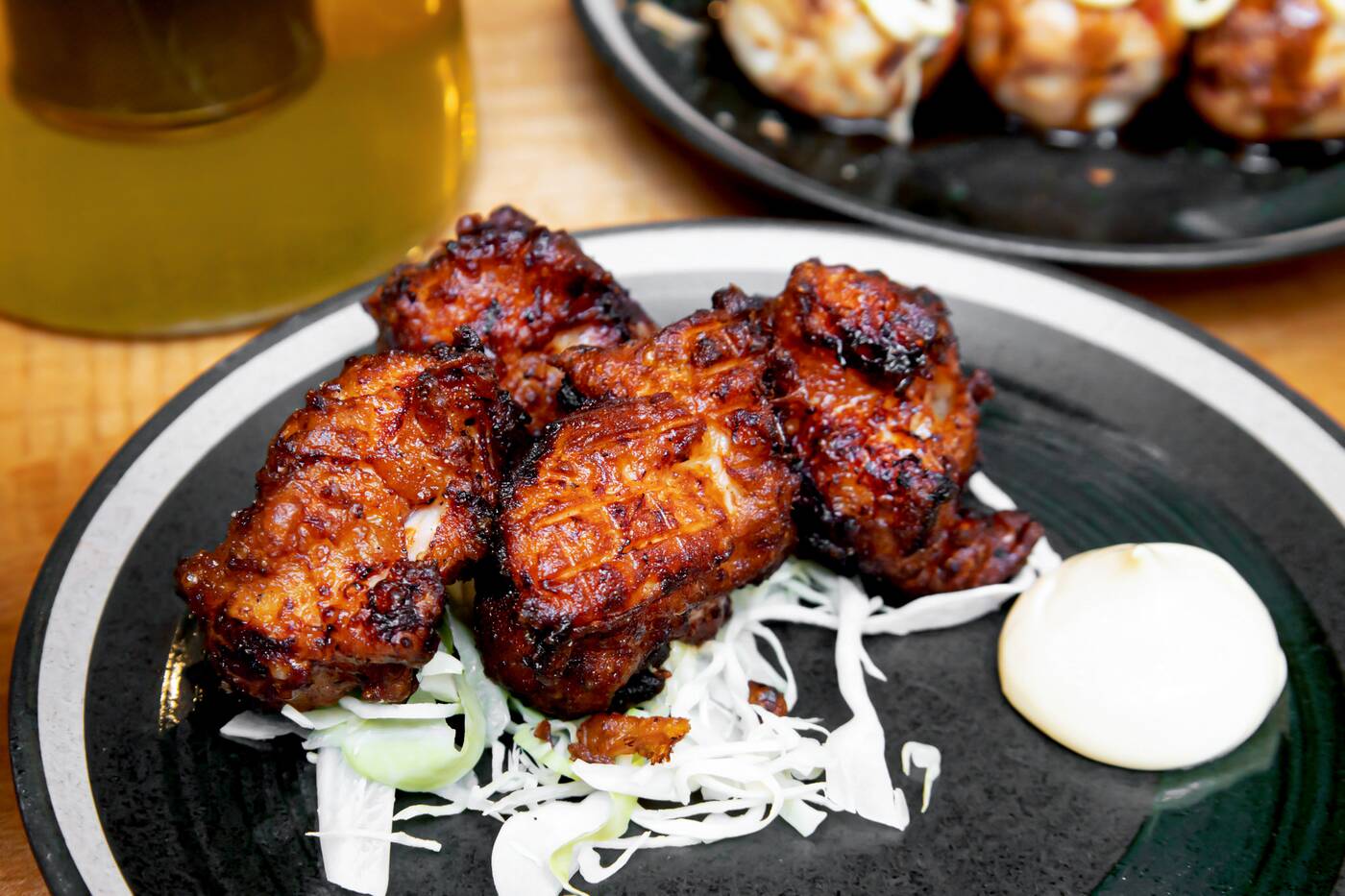 Besides ramen, there are a few other items on the menu including karaage (four pieces: $5) with Kewpie mayo on the side. 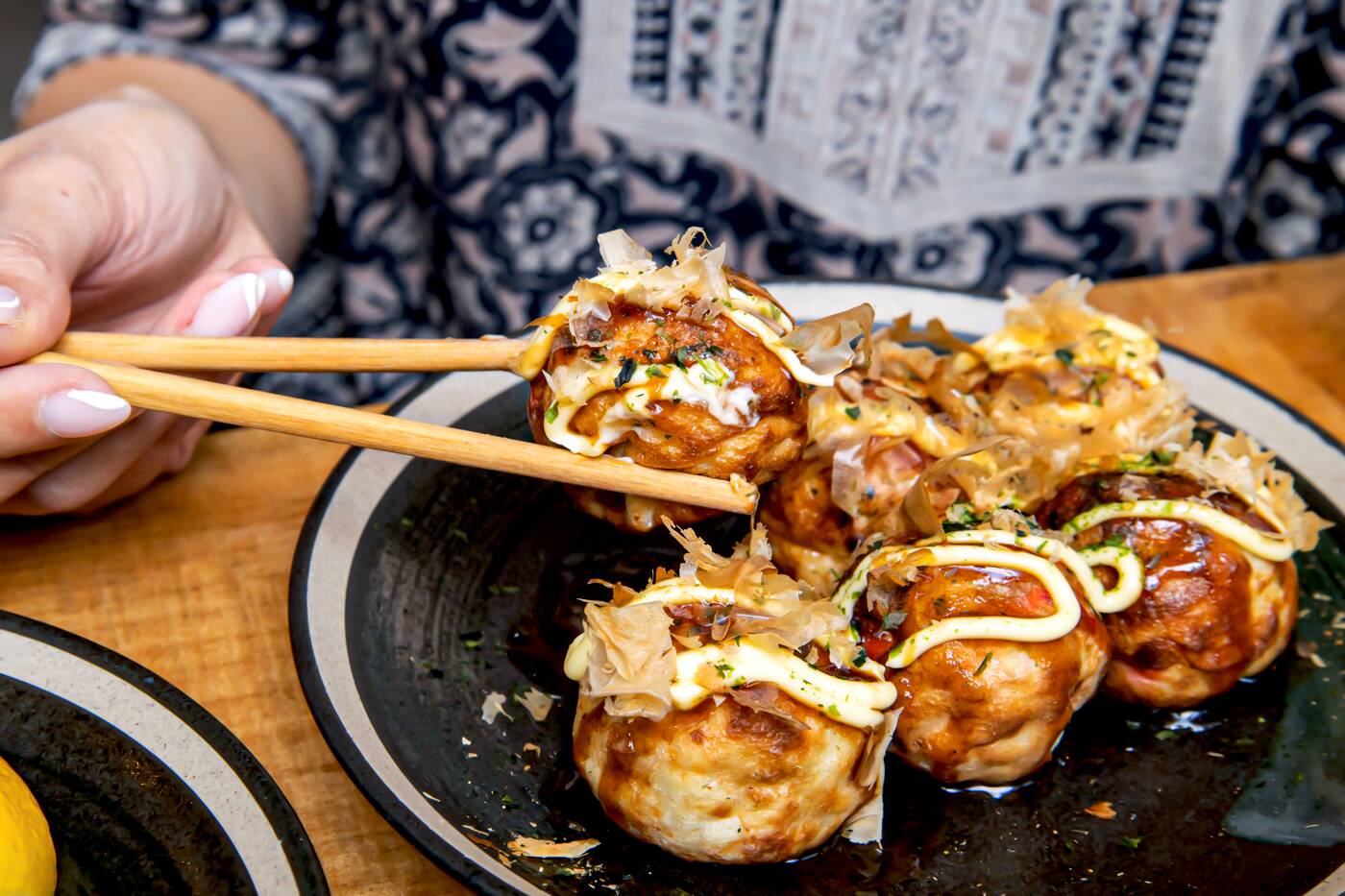 Takoyaki ($7) is an octopus street food from Osaka, Japan where a fourth Musoshin used to be located before closing during the pandemic.

Mayo, bonito flakes, seaweed and barbecue sauce dress up the baked dough balls with bits of octopus throughout. 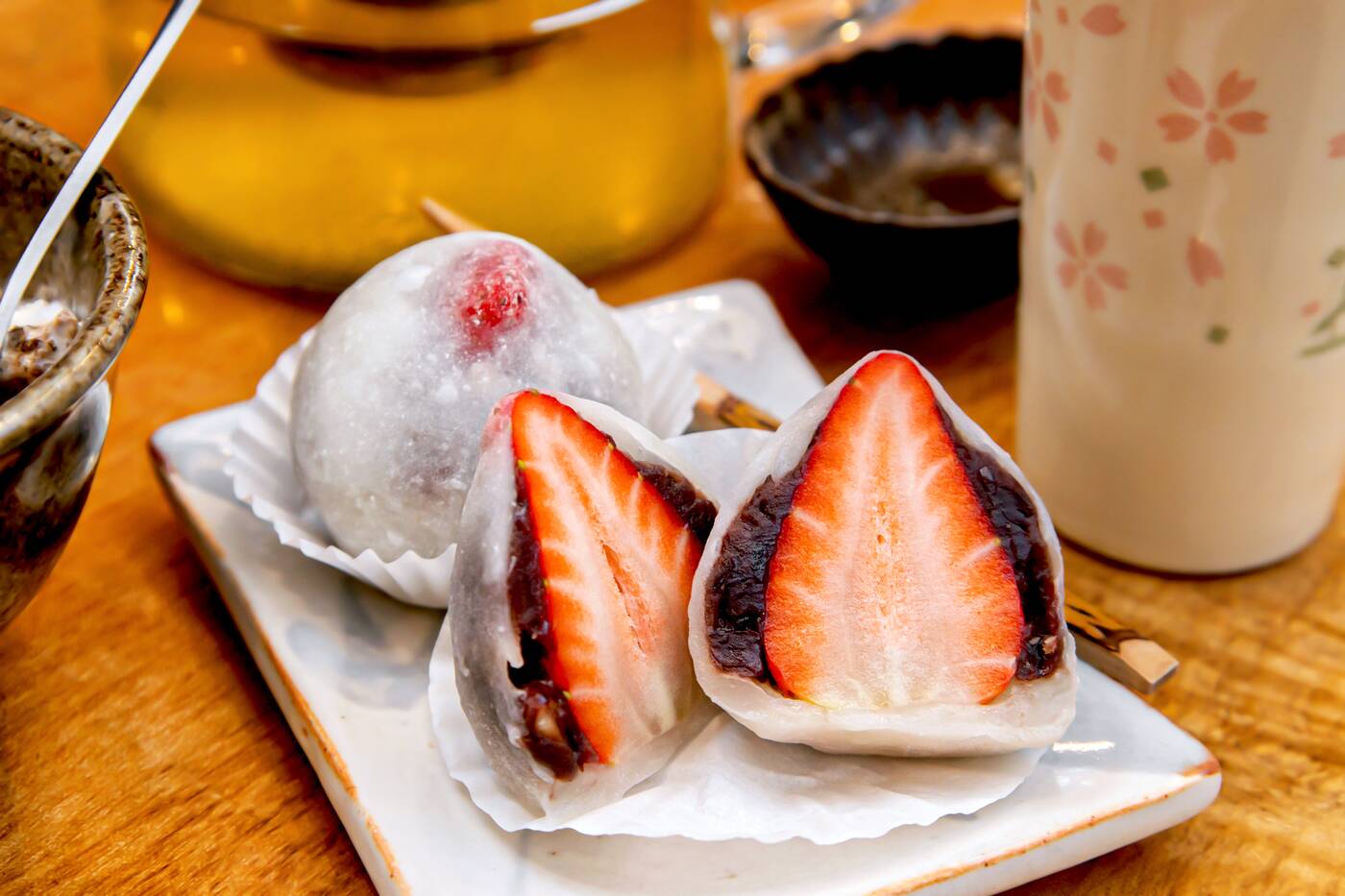 Yoshida brings a selection of Japanese desserts and baked goods to this location including freshly made shokupan ($6) that's already sold out for the day when we visit at noon.

Strawberry mochi ($3.50) has a chewy skin of glutinous rice flour with fresh strawberry and red bean paste inside. 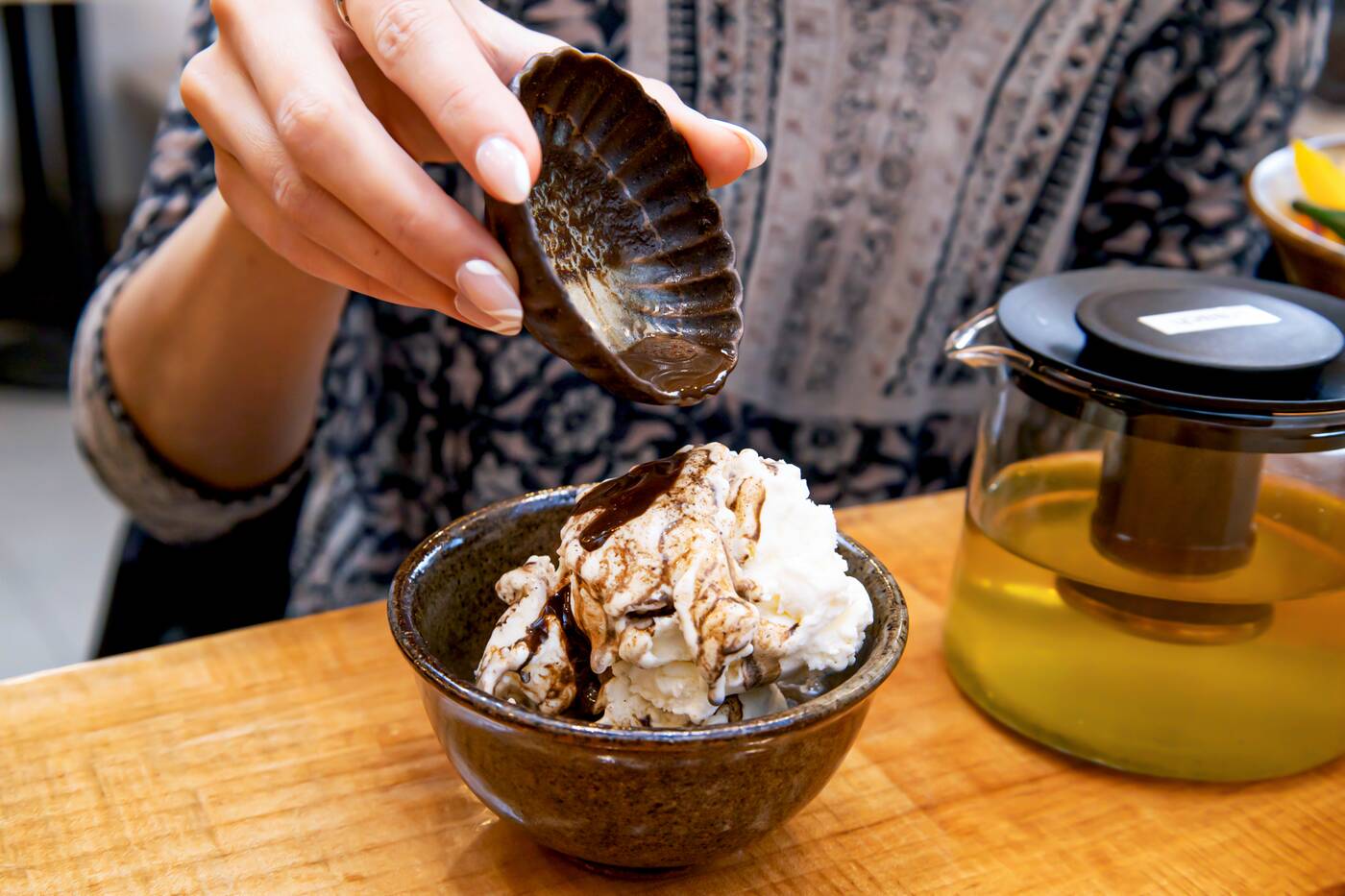 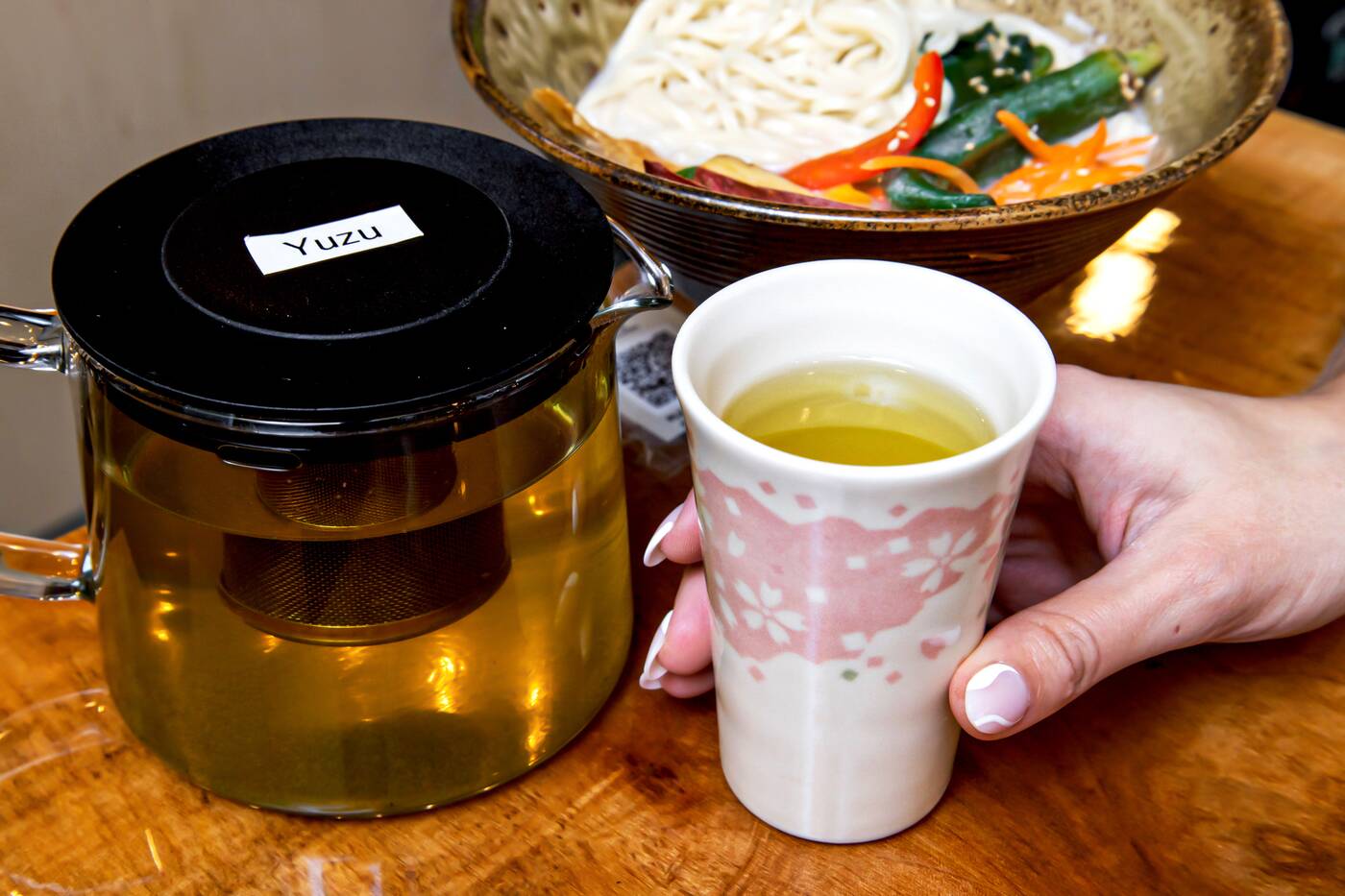 To drink, choose from flavours of yuzu, apple, grape or peach for the fresh-brewed fruit green tea ($2.75). 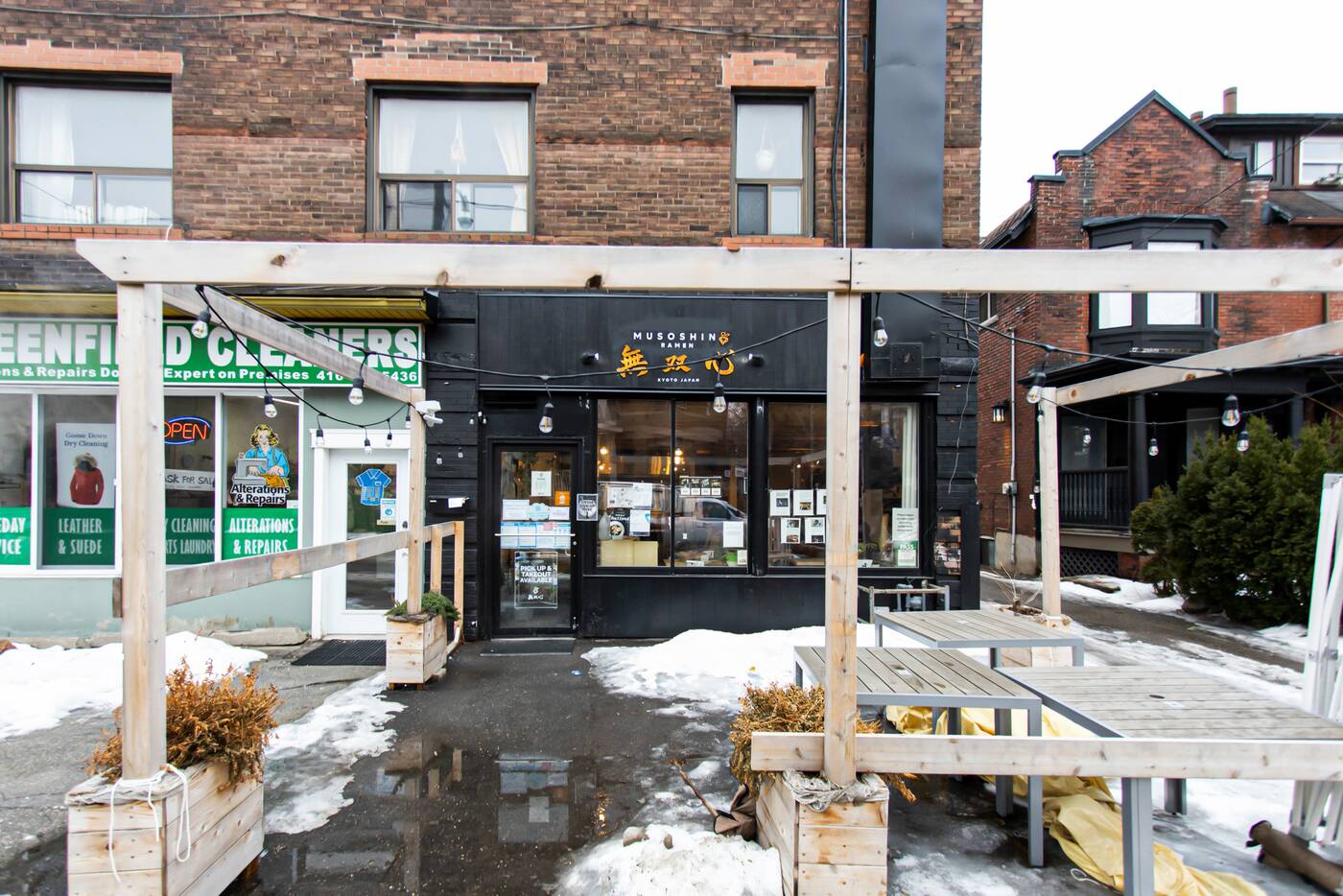