Mumbai Express is a casual takeout spot for vegetarian eats originating from the crowded streets of one of India’s most populous cities.

Sitting in Kenbrae Plaza, a strip of businesses which are loosely connected to the odd, multi-floor building at Kennedy and Ellesmere. 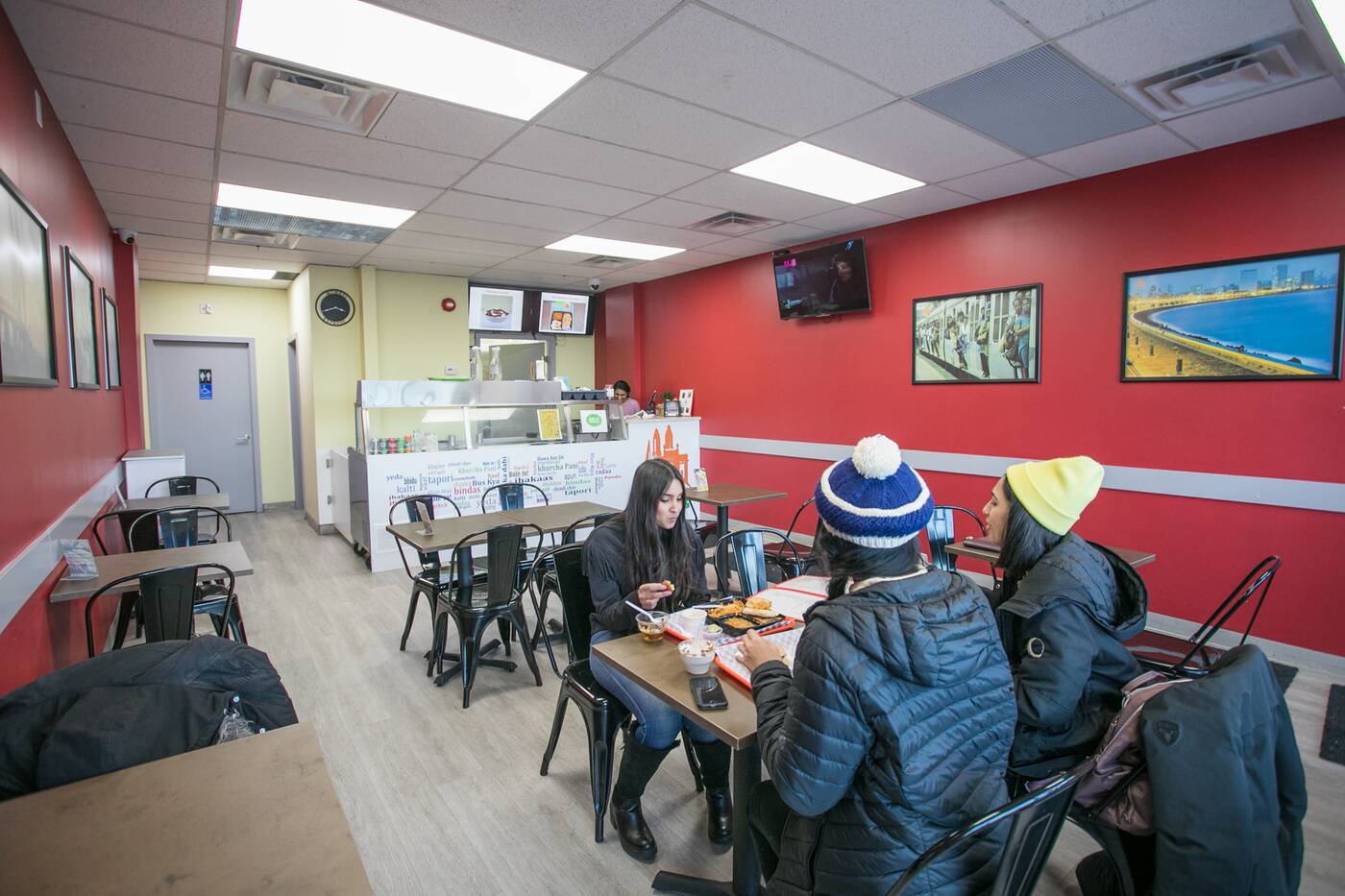 Walking into this simple spot and you’ll probably find Bollywood music videos playing on the TV and owner Jagruti Thakkar behind the counter.

A self-described home cook born and raised in Mumbai, Thakkar says her vision for Mumbai Express was an eatery that brought the best of two worlds together: homemade food and convenient takeout. 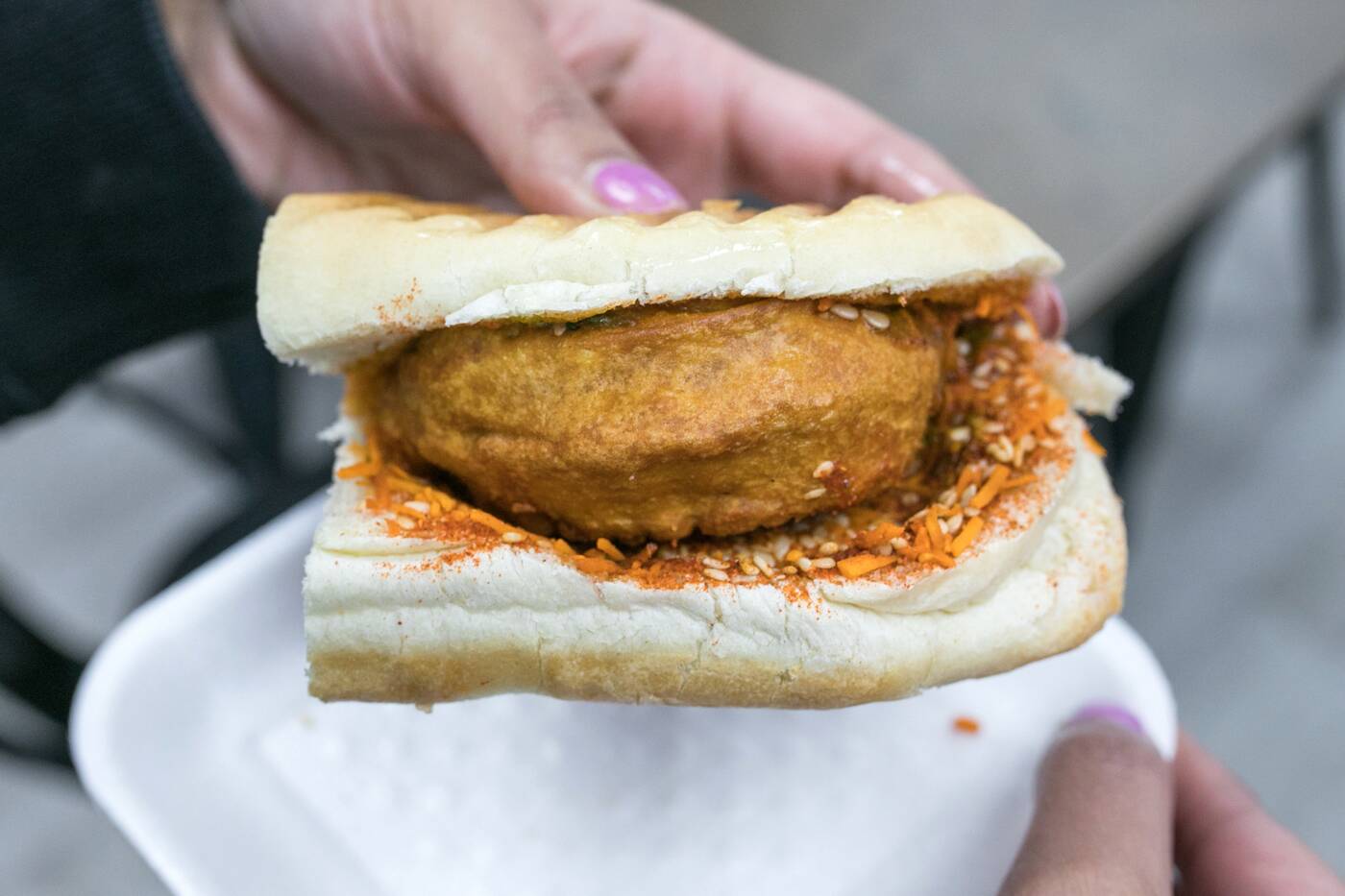 Learning from the self-taught school of YouTube videos, Thakkar started off cooking for friends before supplying Indian Grocery Store with dishes like roti and Gujurati fafda, a pea flour street food commonly eaten during the Hindu festival Navatri.

There’s nothing on the menu that costs more than $10 (even after tax), making this place perfect for a budget-friendly meal. 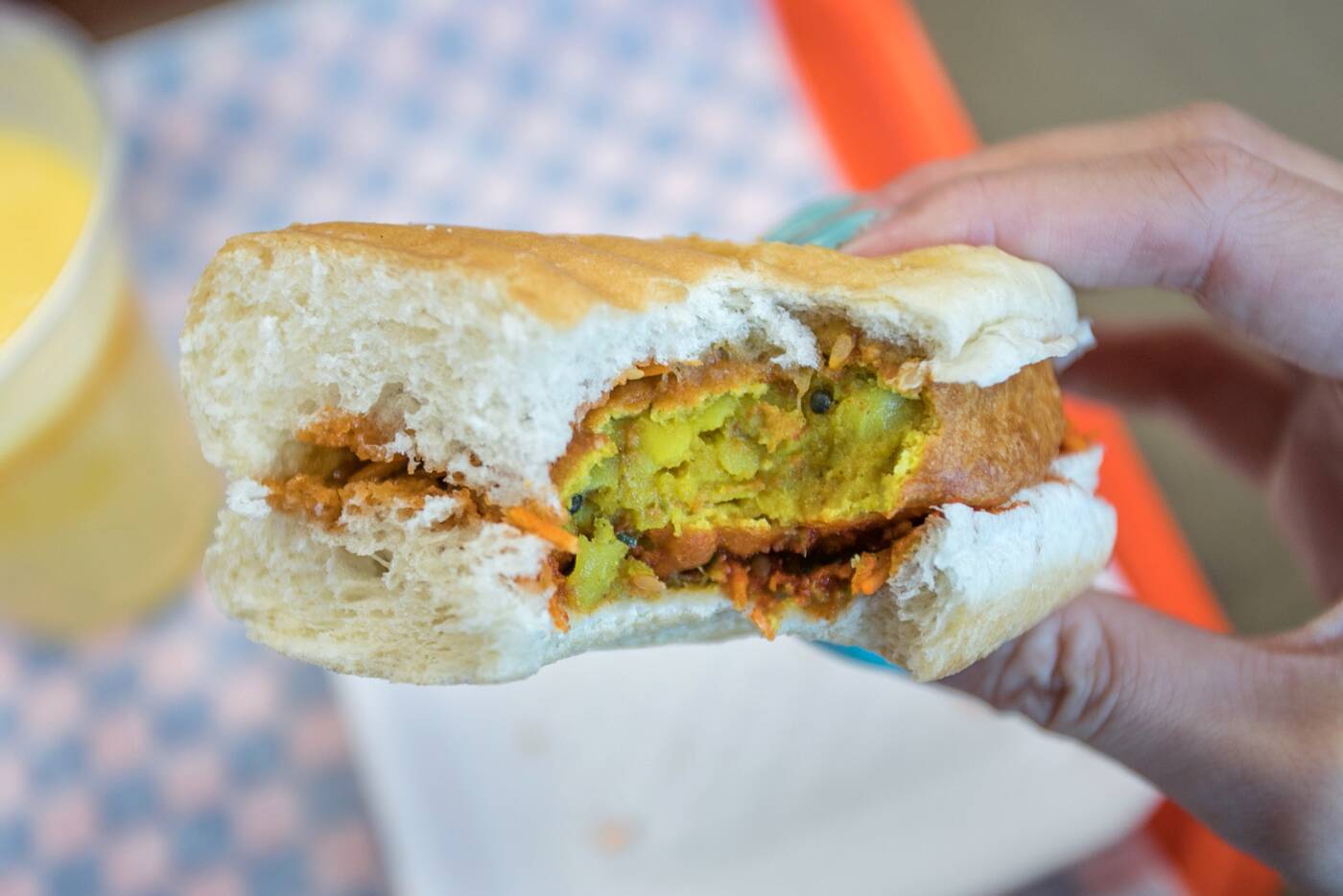 A grilled butter vada pav is just $2.49. Easily one of the most popular street foods in Mumbai.

This sandwich isn’t huge, but it’s packed with a massive fritter made from garlicky mashed potato (the vada), between two buns (called pav) with tamarind chutney and dried coconut pieces. 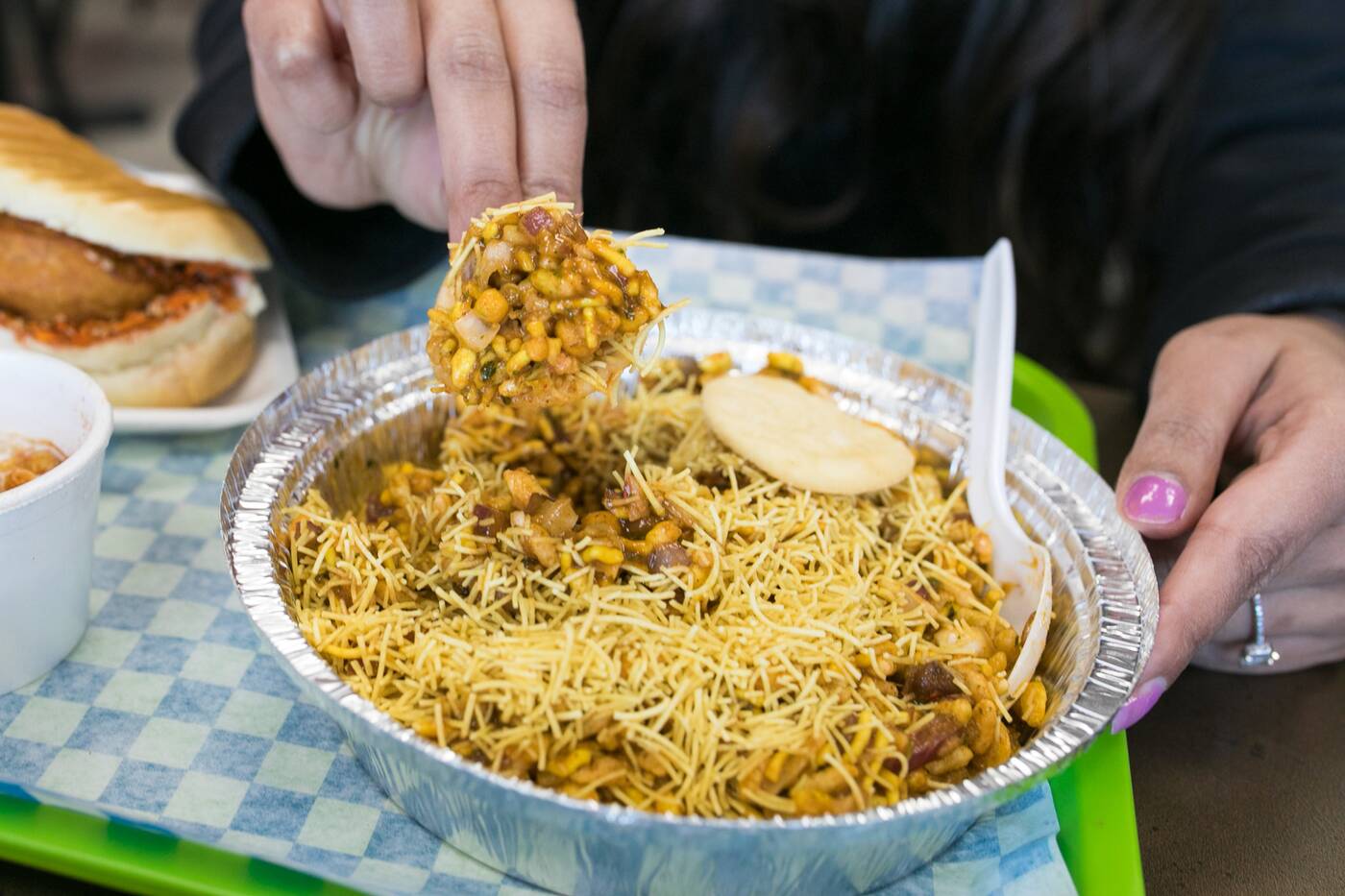 An order of bhel poori is my personal favourite. Share this dish as an appetizer or eat this entire bowl puffed rice burrito bowl-style.

I love the crispy textures here, with tons of peanuts, sev (crunchy vermicelli-type noodles) black channa made from chickpeas, and a pair of crackers you can use to scoop it all up. 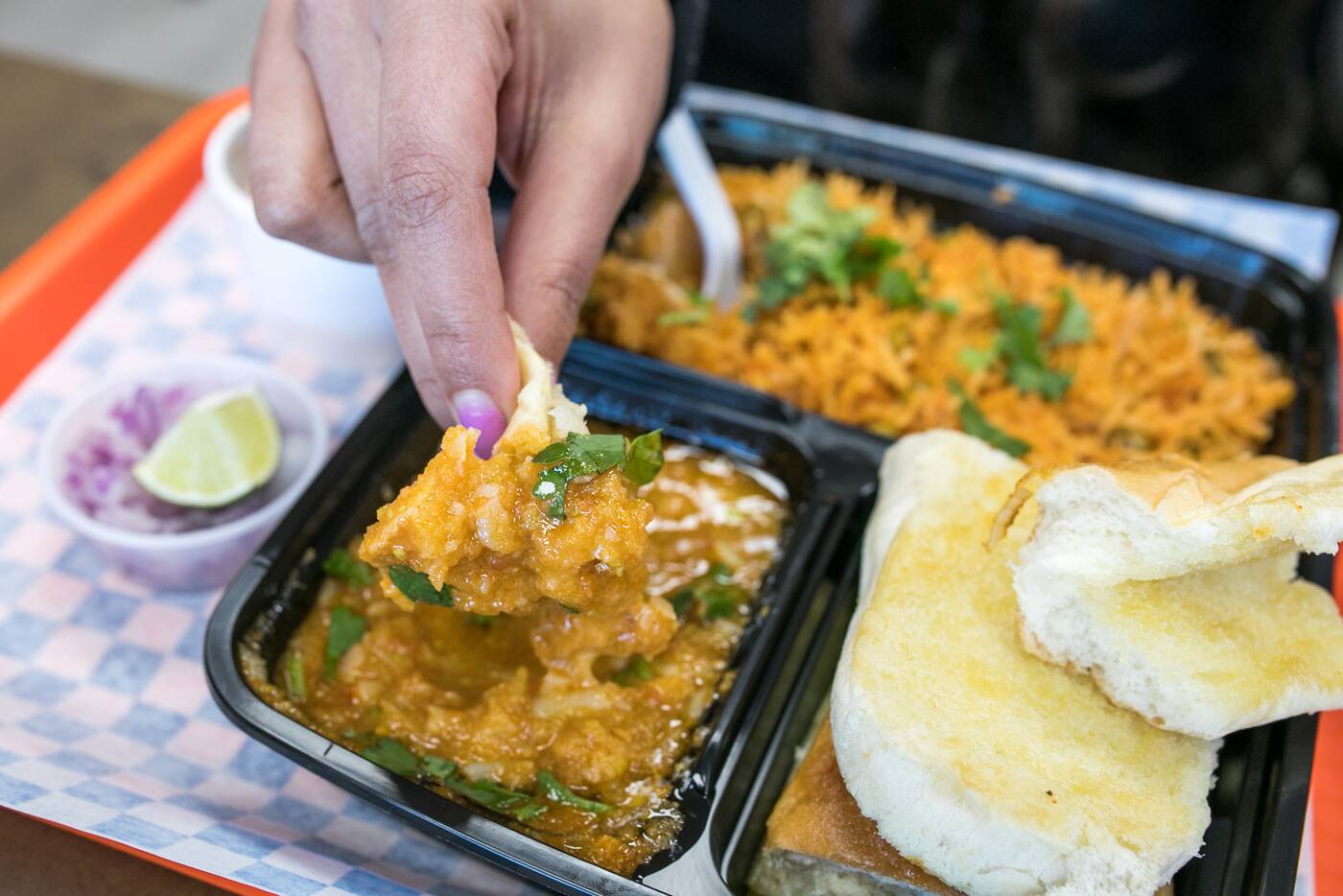 Combos don’t get pricer than $8.99. An order of pav bhaji, veggie mash served with buns, is traditionally cooked all together on a huge circular stove on the street.

Here it also comes with a side of tawa pulao, or rice with green beans. You’ll also get a deliciously cooling side of raita to eat with your meal. 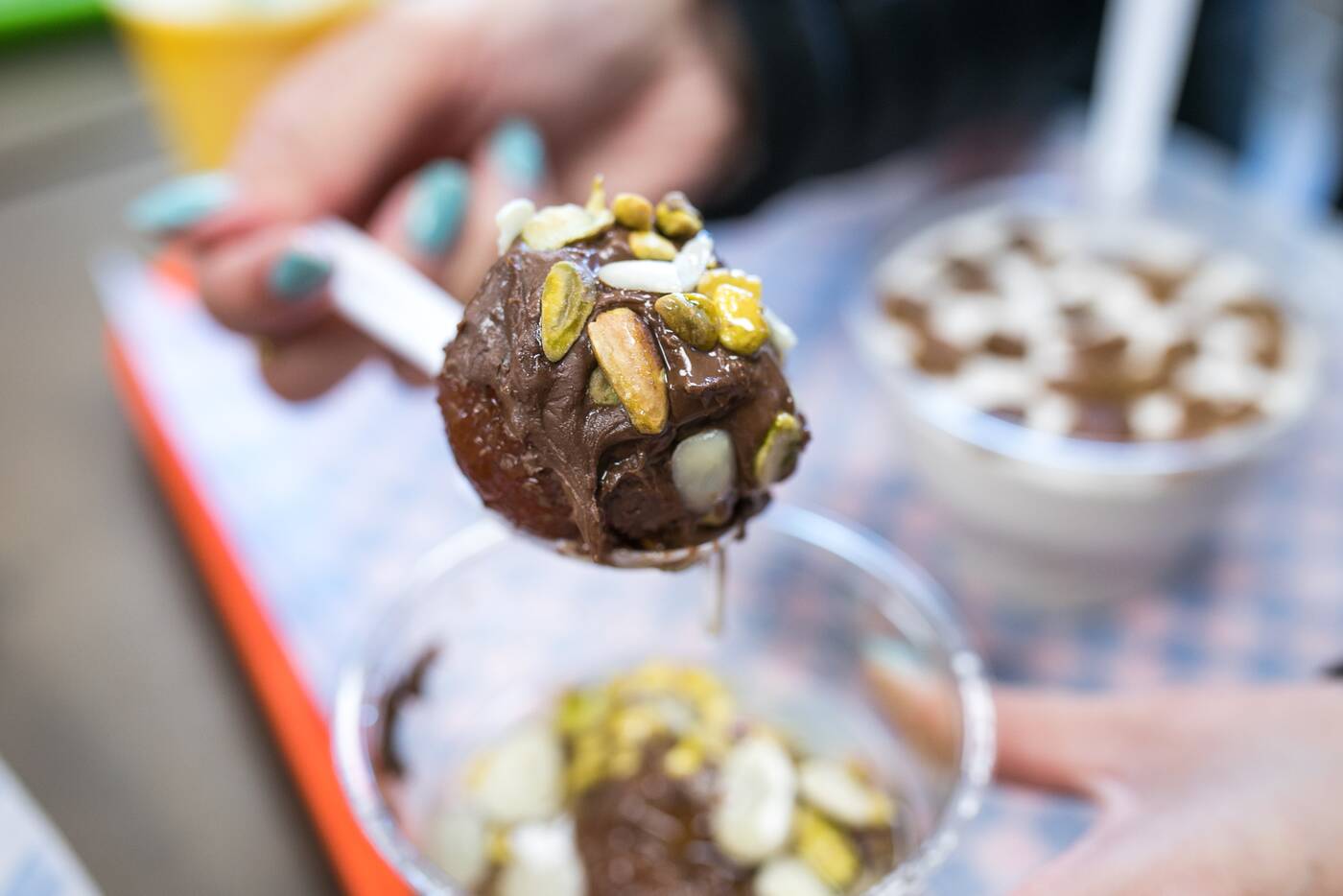 Dessert-wise, gulab jamun ($3.99) sitting in a pool of syrup gets a very North American treatment with a delicious smothering of Nutella. 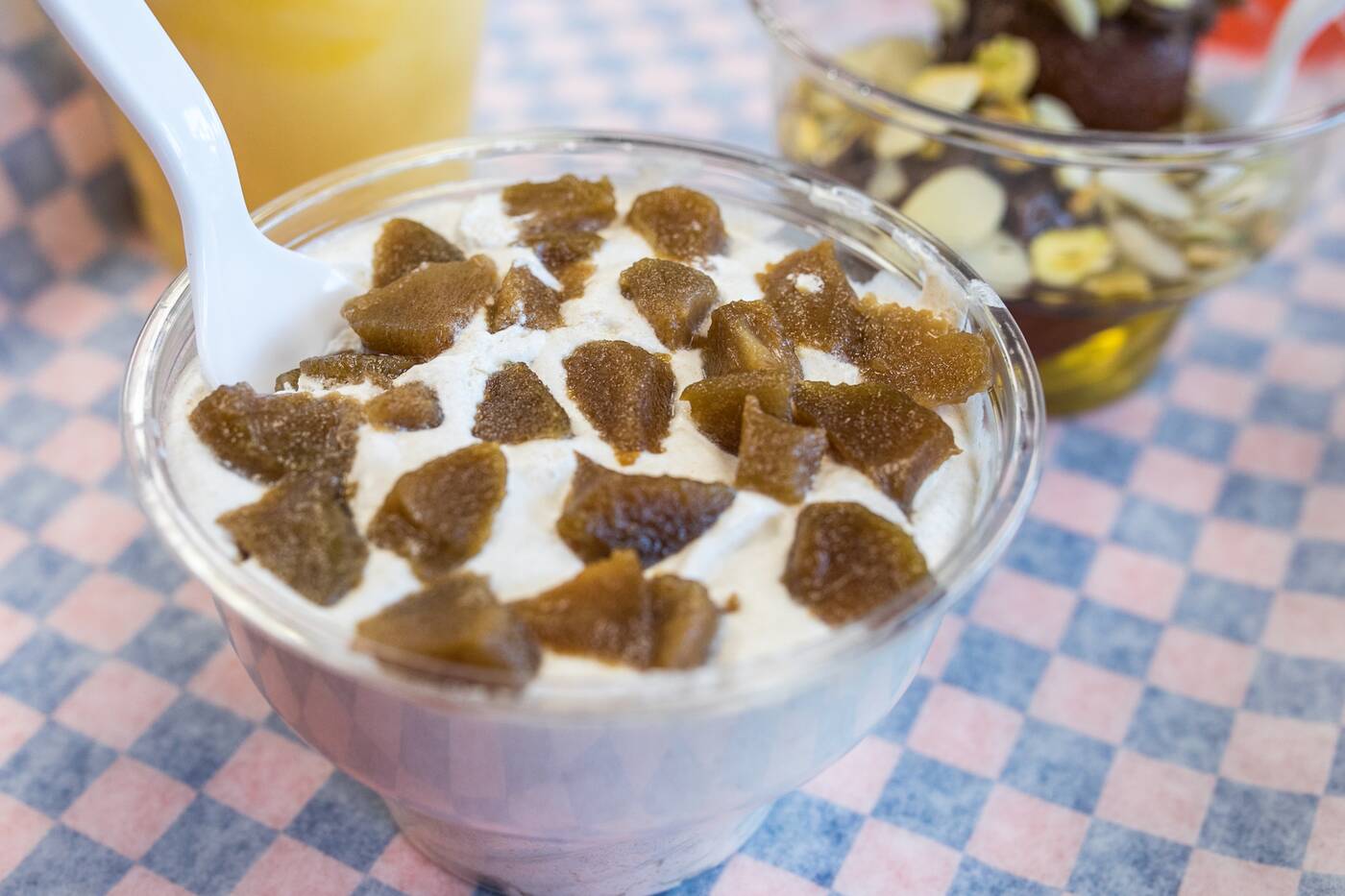 Chikoo fruit cream ($4.99) is a tasty little dessert. It comes with pieces of the sweet fruit more commonly known as as sapodilla or sapota in Latin America. 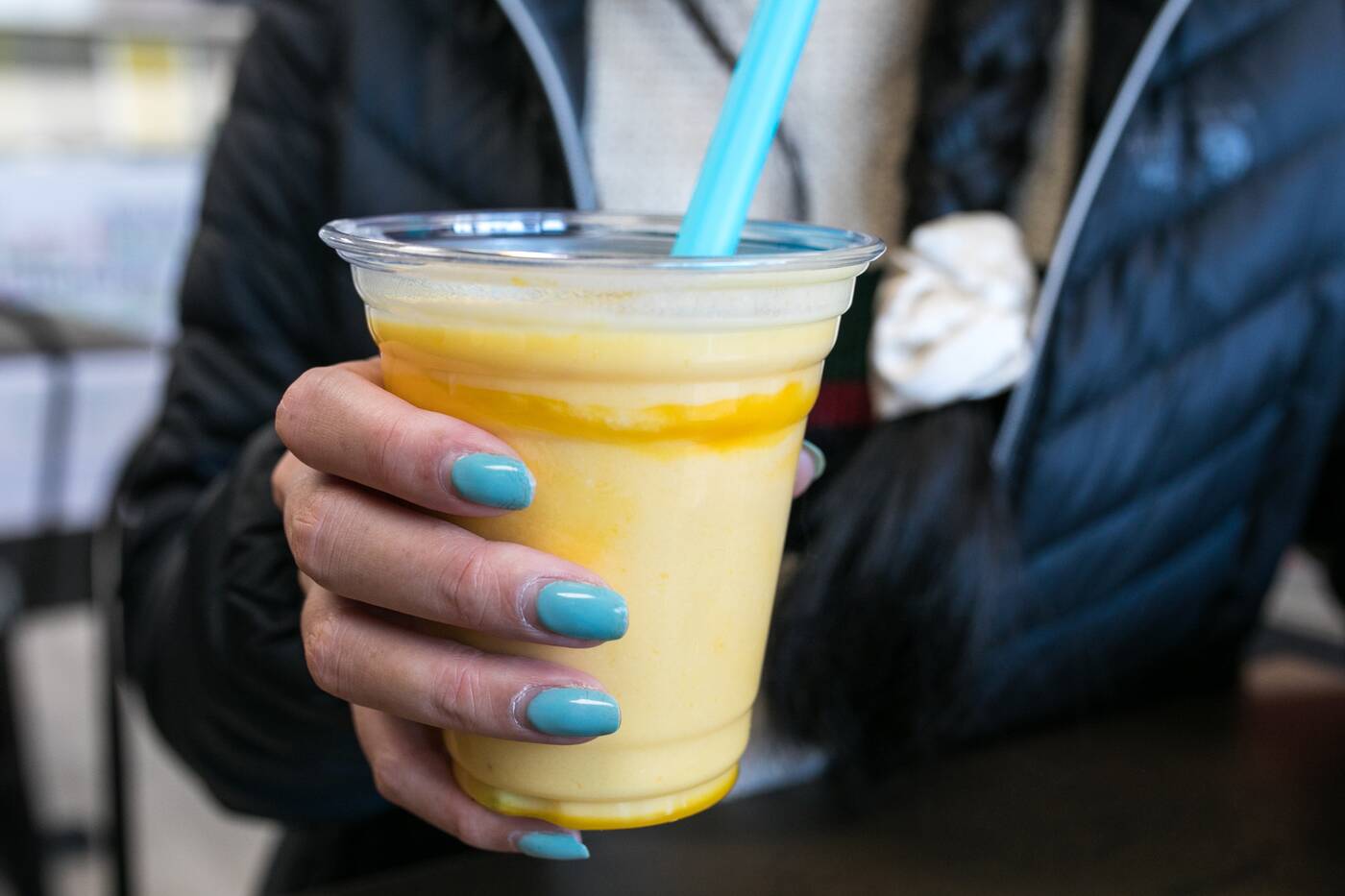 A mango lassi ($3.99) is definitely an obligatory order at this homey and affordable spot. 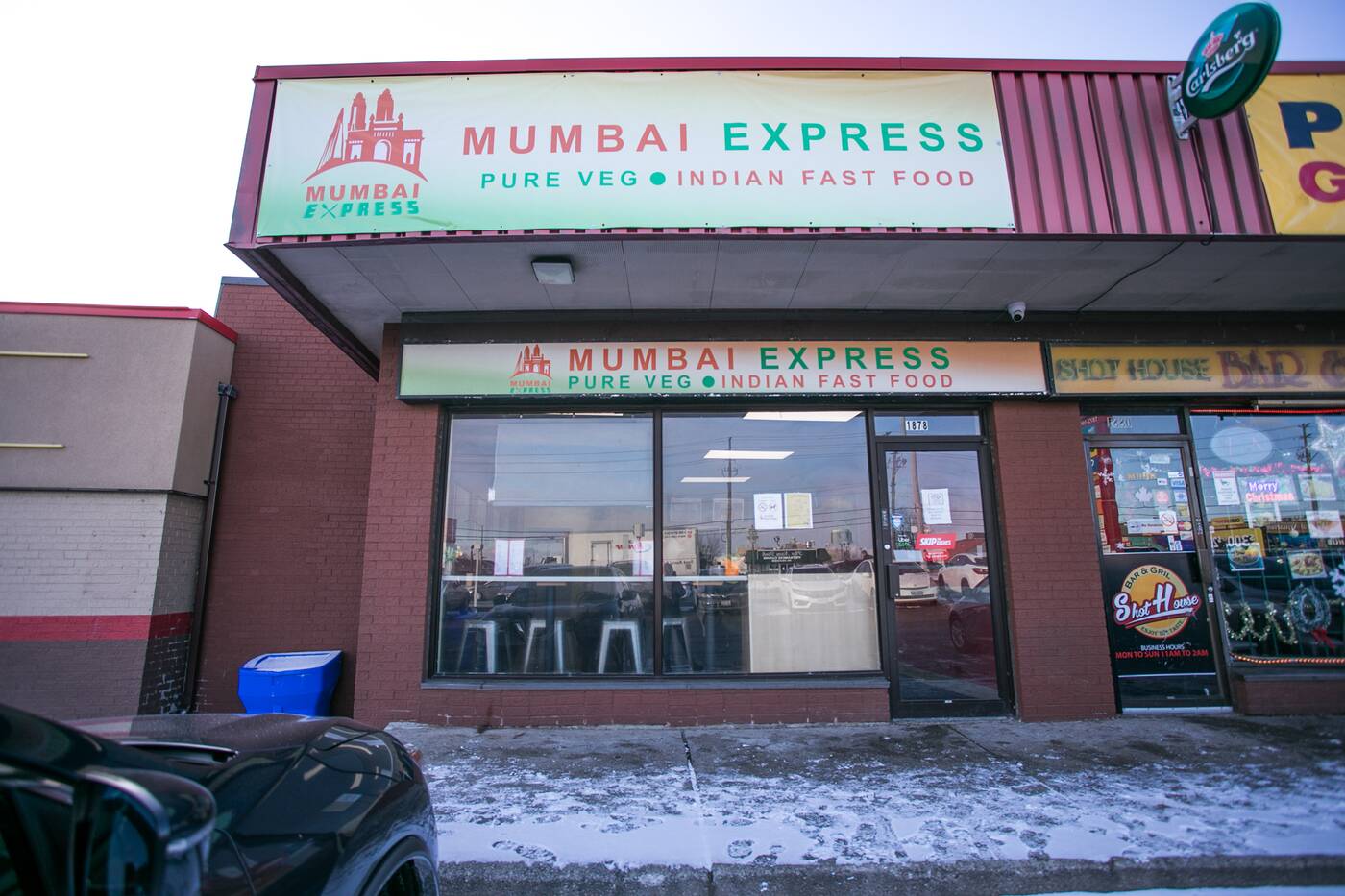