Mr. Tonkatsu is currently open but their offerings and services may be affected due to the pandemic. Please contact the business directly for more information about any changes. Is this your business? Please contact us if you would like to update this message.

Mr. Tonkatsu pretty much spells out what you're going to get right before you even walk in the door. The recently-opened Bloor and Bathurst eatery specializes in tonkatsu - Japanese-style fried pork - and delivers that in spades.

The menu is decidedly focused, with katsus being the natural focal point, augmented by a couple of other fried dishes. Japanese fried chicken (karaage) and Korean fried "crisp" chicken ($5.50 appetizer/$12/$13 main) are your two best options among the others. 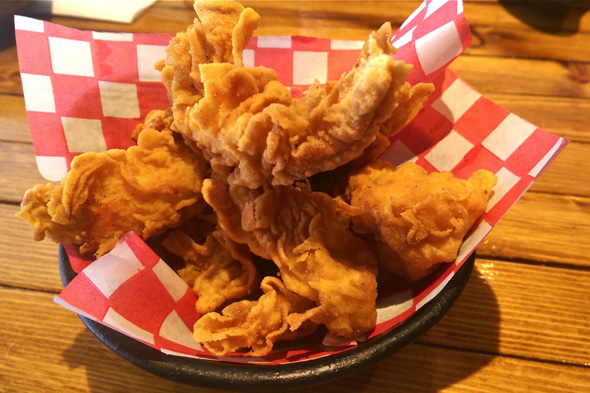 The Korean crisp chicken is lightly breaded and, well, crispy, with a faint peppery taste that adds some kick. Our serving is perfectly cooked, and wouldn't be out of place somewhere in the American south. The Japanese version, karaage, might be even better, as the fried chicken wings somehow manage to stay impossibly moist and juicy while also packing a flavourful punch. The dish would put most sports bars to shame.

Shrimp tempura ($6) is not as successful, as the hard, crispy panko batter overwhelms whatever the fairly lacklustre shrimp themselves might have to offer. The dish is more akin to a heavier fish-and-chips-style shrimp than a light tempura, and is even served with a decent tartar sauce. Still, it's not a winning combination overall. 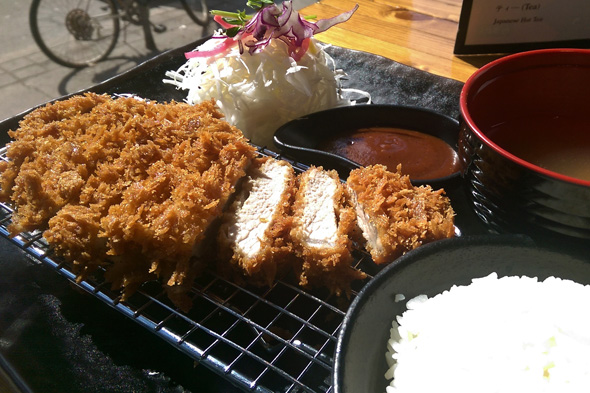 Of course, the real reason one goes to a place called Mr. Tonkatsu is the katsus. On the day we visit neither the fish ($14) nor beef ($13) katsus are available, which also knocks out the tonkatsu sampler ($14). We decide instead on the pork sirloin ($12) and tenderloin ($13), which come with standard-issue Japanese restaurant sides: Miso soup, steamed rice and shredded cabbage salad.

The sirloin and tenderloin are near-identical in every regard, to the point I'm sure that in a blind taste test we wouldn't have been able to tell them apart, although that hardly really matters - both dishes were well cooked, with the crisp, homemade panko crust creating a better counterpoint to the thick, juicy pork than it did for the overpowered shrimp. 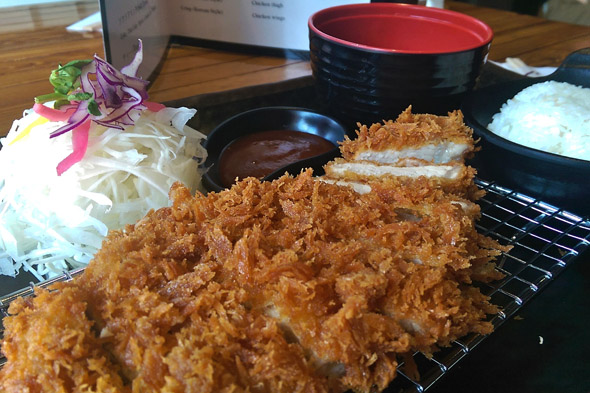 The katsus come with a thick tonkatsu sauce, a sort of Worchestershire sauce that in this case was a little too sickly sweet, though we were given our own sesame seeds to grind and add, which did add a nice bit of depth. In any event, an average sauce didn't detract significantly from an above-average tonkatsu. 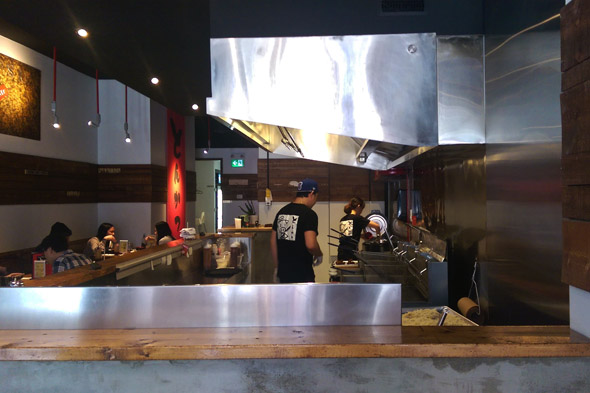 On the whole Mr. Tonkatsu isn't going to revolutionize the way you eat Japanese food, nor does it try to. It simply serves up good, simple dishes that will fill you up, and in this case that does the job. 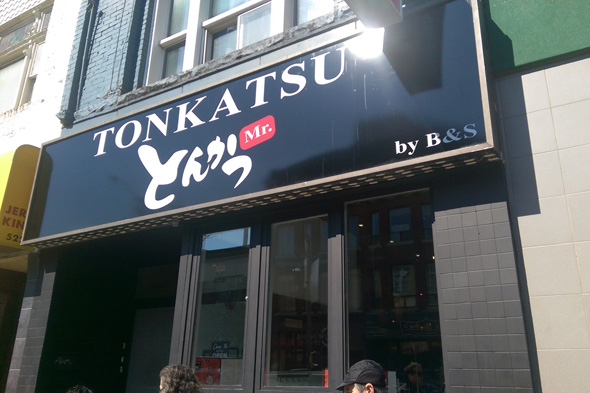