The Monk's Kettle is a new addition to the bustling Kingsway. Surrounded by charming little restaurants and bars, the Monk's Kettle separates itself from the competition with its extensive and changing beer menu. Not limited to one region, their chalkboard menu spans just about everywhere. With so much time and attention spent on cultivating their beer menu, you can see why their food menu suffers. And by suffer I mean it's bit like torture. 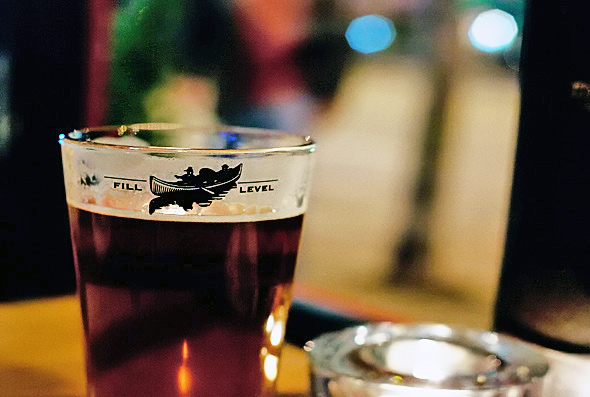 After analyzing the beer menu, I ordered a pint of the Hoptical Illusion, $6.75. The server arched his eyebrows and suggested I may prefer something lighter. Uh, nope. I'm a pretty seasoned beer drinker, and although I neatly fit into the Cosmo demographic, I love beer. I politely told him that I knew what I was ordering and he complied. My partner selected a pint of the Mad Tom, also $6.75, and he basically got a high five for ordering something the waiter liked. Beer flights are also available. 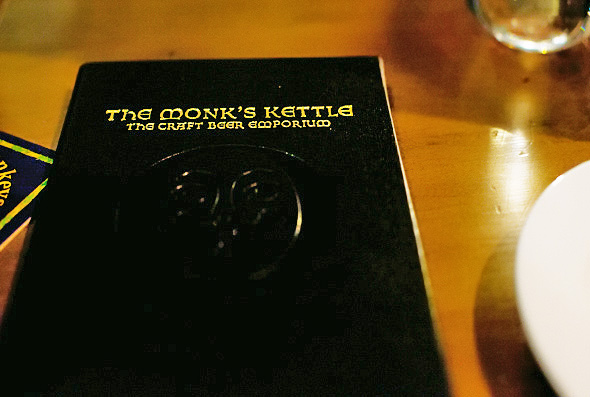 While the pints were pulled, we cruised the menu. Like the beers, it's a bit of a hodgepodge. Finer 'pub' foods like steak and braised meats outnumbered the other more casual ones like a burger and fries. Undecided on which way to go, we finally went for the pub grub to complement our mood (there was a Leaf game playing on the lone TV above the bar). 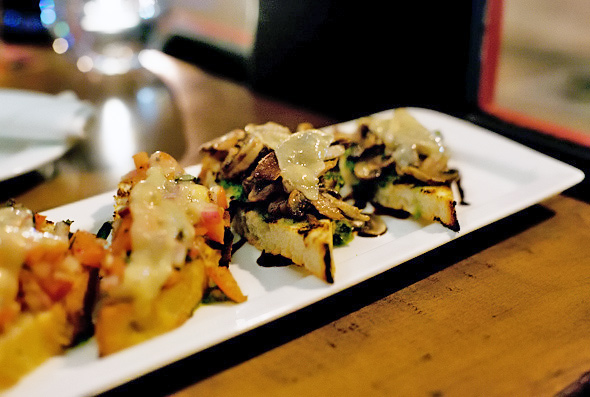 We started off with the bruschetta $10, and the mussels also $10. The bruschetta came two ways, one featuring the traditional tomato/red onion/garlic with the addition of a smear of pesto that was a nice zippy touch. Two other pieces were slathered in cheese and mushrooms, and oh, pesto again. The cheese melted on the mushrooms made them a bit slimy. 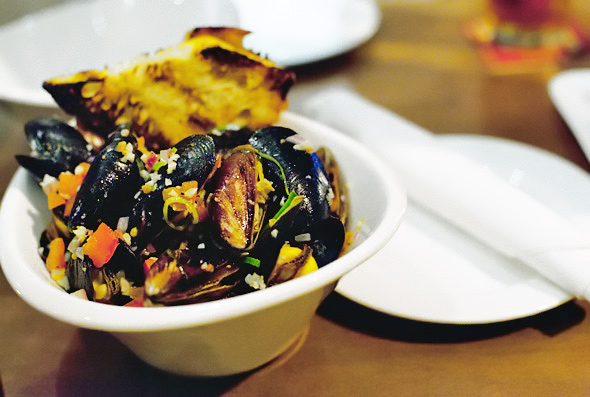 The mussels on the other hand, were boring. Usually I'm sopping up the sauce, but here it was so bland I got distracted by my tasty beer and gave up. The mussels were cooked properly and the presentation was nice, but the flavours absent, which is odd considering the ingredients: leek, tomato, garlic...I think white wine was mentioned, but certainly wasn't present.

The next course was all a hot mess. Chicken wings (see lead image) at $12 per pound were greasy and crispy on the outside and mushy and greasier on the inside. Served breaded, the first bite was tasty, but trying to eat even a full wing became quickly unappealing.

The sauces served alongside were equally offending- one was a pretty decent hot sauce, the other was a strange mix of sesame oil and soy sauce and the third some strange garlic spread. It was so thick that you couldn't dip your wing in, or else it would pull the breading off. Hey! Wait maybe that would have been a better strategy... 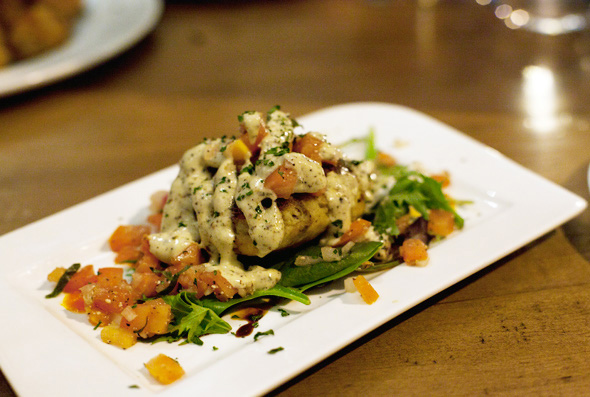 Last and certainly least, the crab cake. I'm not entirely sure about the crab, or the cake part, but I was glad about one thing, there was only one of them. This one was a soggy mess, covered in a flavourless creamy sauce.

If I were to go back, it would certainly be on a full stomach. Their beer list is excellent, the service, a little slow, and the food â well, I'm still alive. 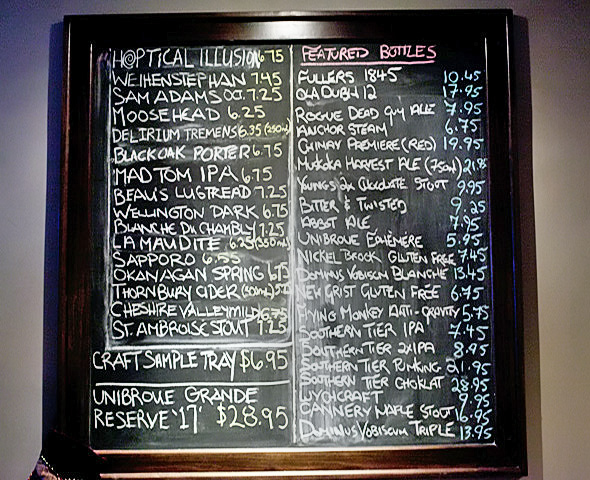 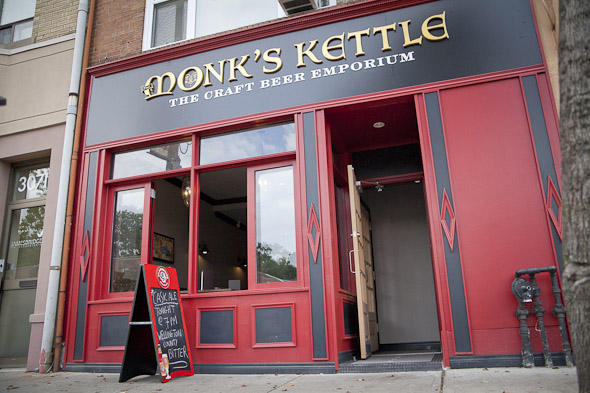