Monga is where to go in Toronto for chicken that’s not only as big as your face, but as thick as  your hand. They also serve fast bao, nuggets, wings and Asian drinks.

This is the Taiwanese chain’s first location in Canada. The name Monga apparently has a spiritual meaning, sharing it with a temple in Taipei, but it’s also the name of a popular Taiwanese eighties gangster movie based in Taipei’s Monga district. 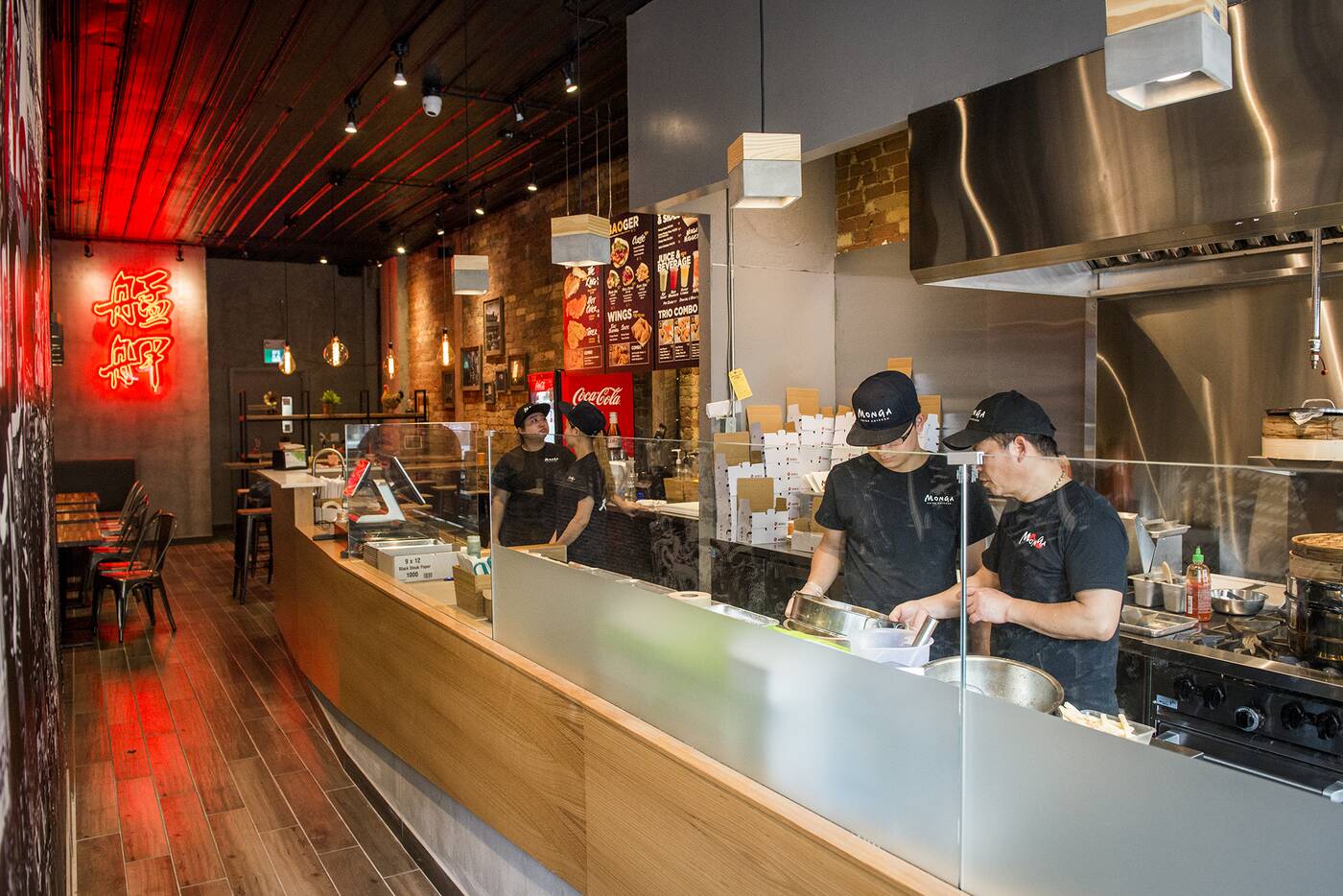 A photo of said temple hangs on the wall, along with a mix of traditional and modern images. The space is fast casual, self serve, and has an industrial vibe to it with lots of neon and metal. 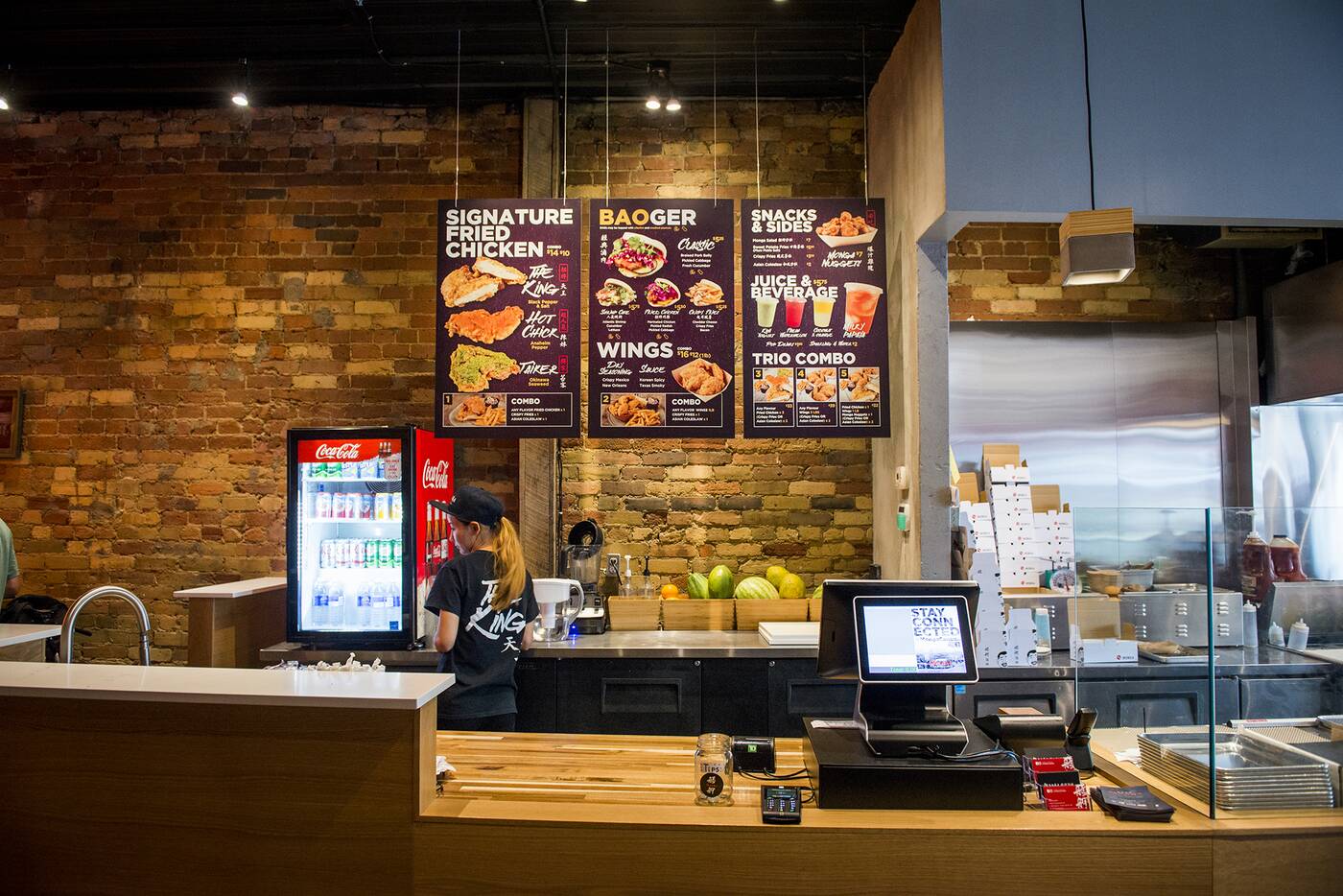 A completely open kitchen allows fried chicken fans in on the process of making each order individually using fresh ingredients. 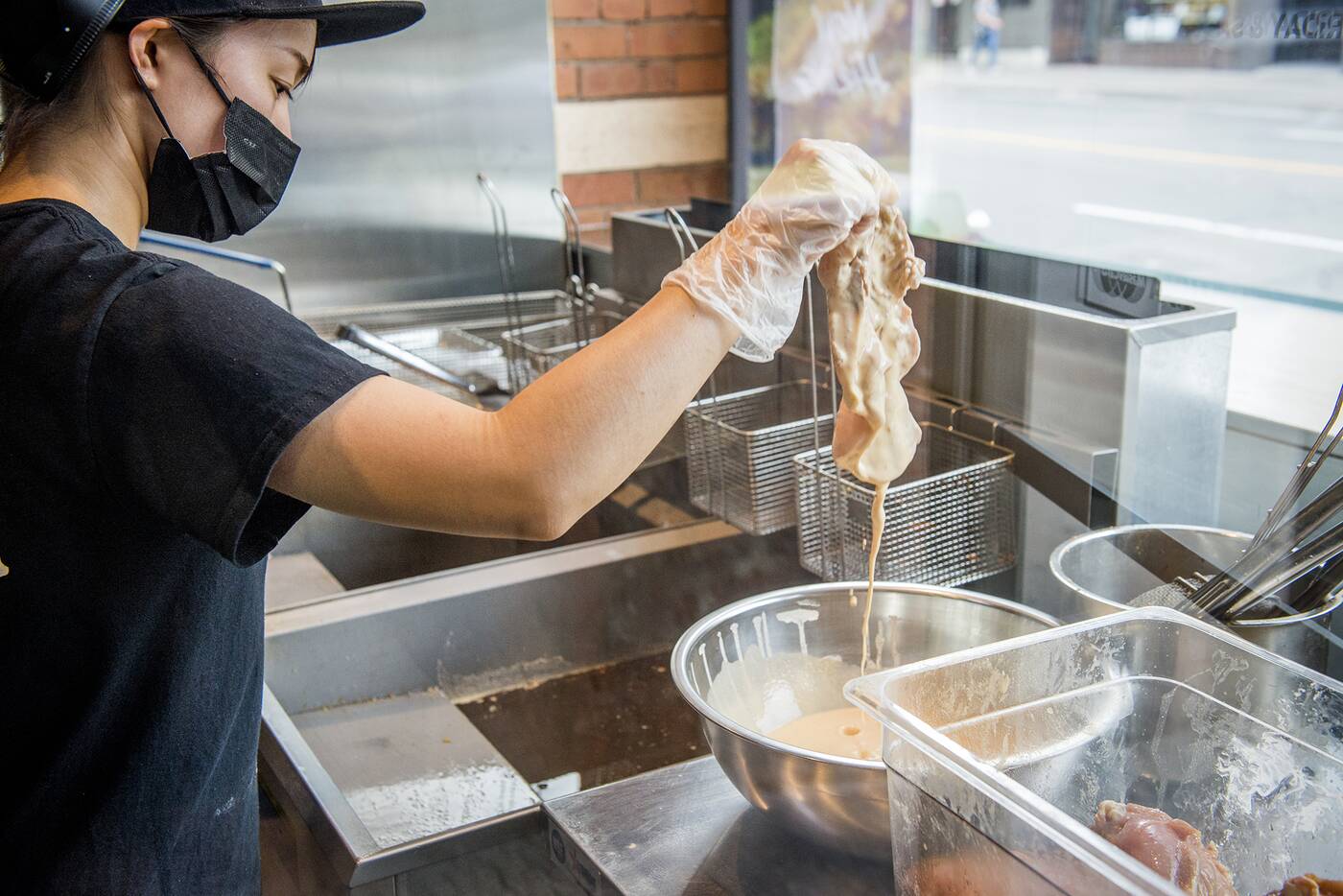 Fresh chicken is marinated every single day for eight hours. The most important ingredient out of over thirty in the marinade is honey, which makes the meat sweet, tender and juicy. The thick cut breast is given a simple flour dredge before frying to make the skin as crispy as possible.

Each signature fried chicken piece is $10, but these babies make a decent meal. The King is their original black pepper and salt seasoned fried chicken, the mildest but showcases the chicken itself the most. 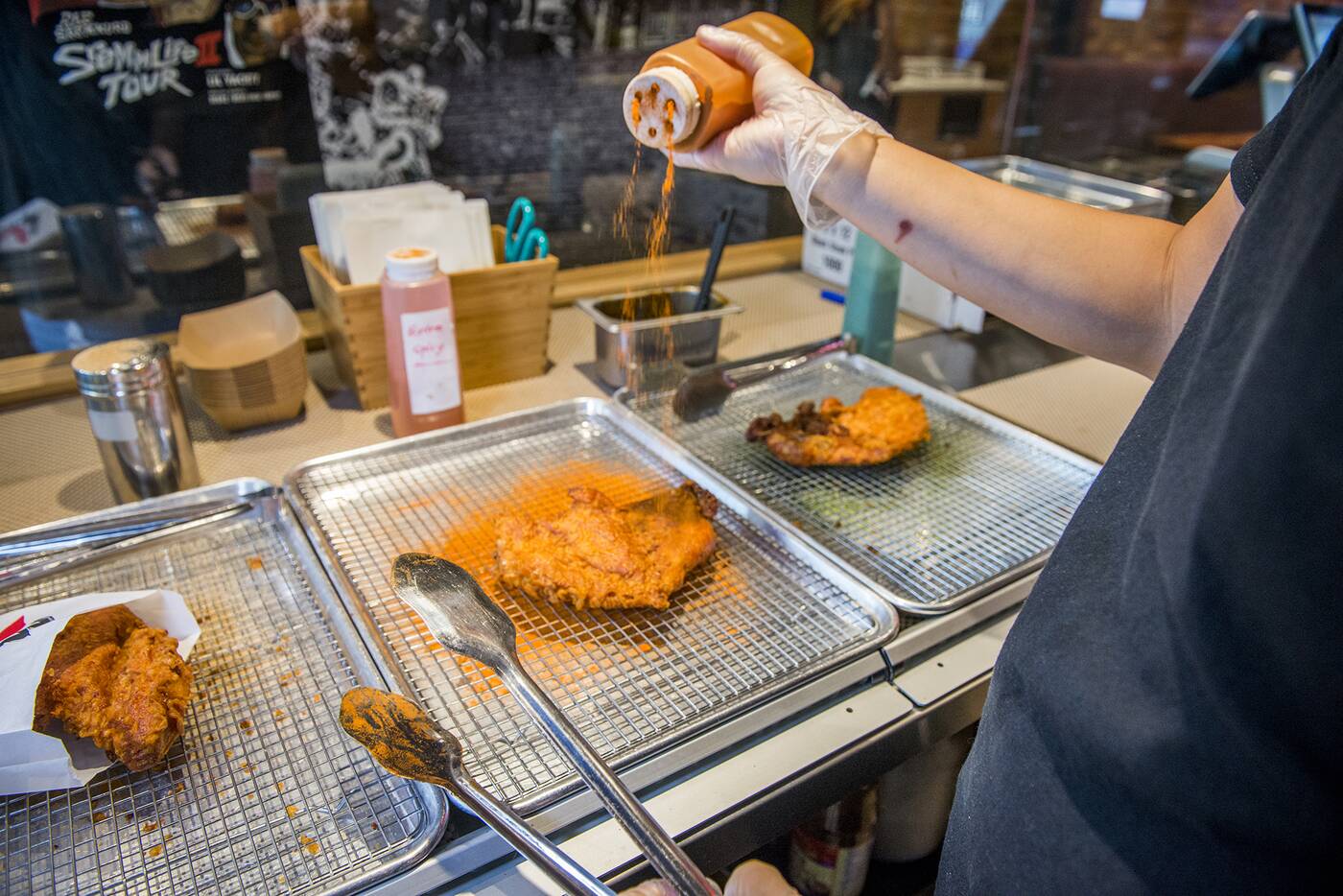 Hot Chick is their Hot-Star rival, seasoned with with a powder made from over twenty kinds of hot peppers including Anaheim. It’s no joke heat-wise without being blow-your-head-off spicy. 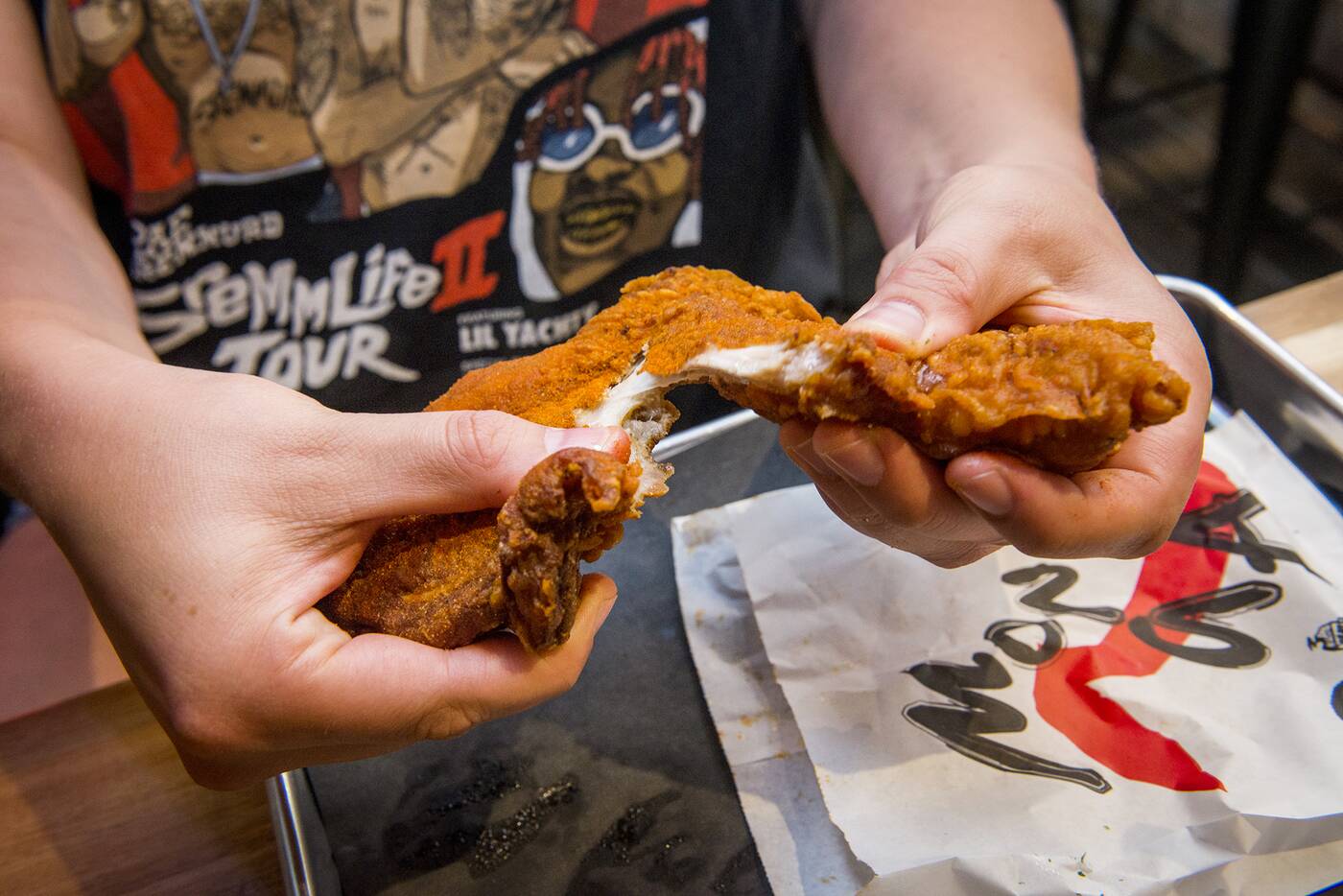 The breading surrounding the perfectly cooked breast is super thin but crunchy, creating a perfect ratio. 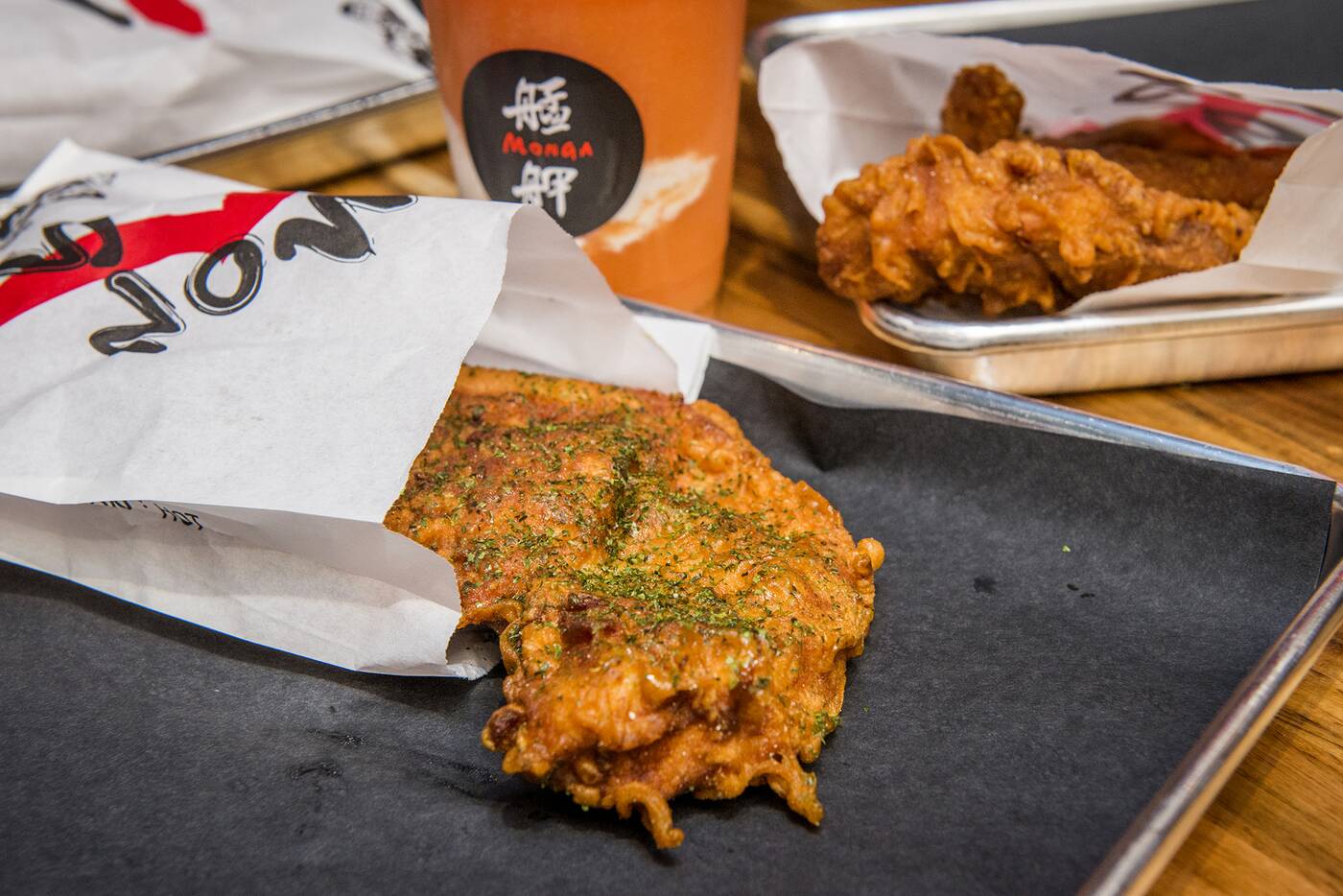 Taiker, seasoned with seaweed imported from Okinawa, is actually my favourite, the salty umami flavour of the crushed seaweed perfectly flavouring the fried chicken.

Each breast has been butterflied and pounded out so there’s one side of thick boneless breast and one side with darker meat and tiny bones. 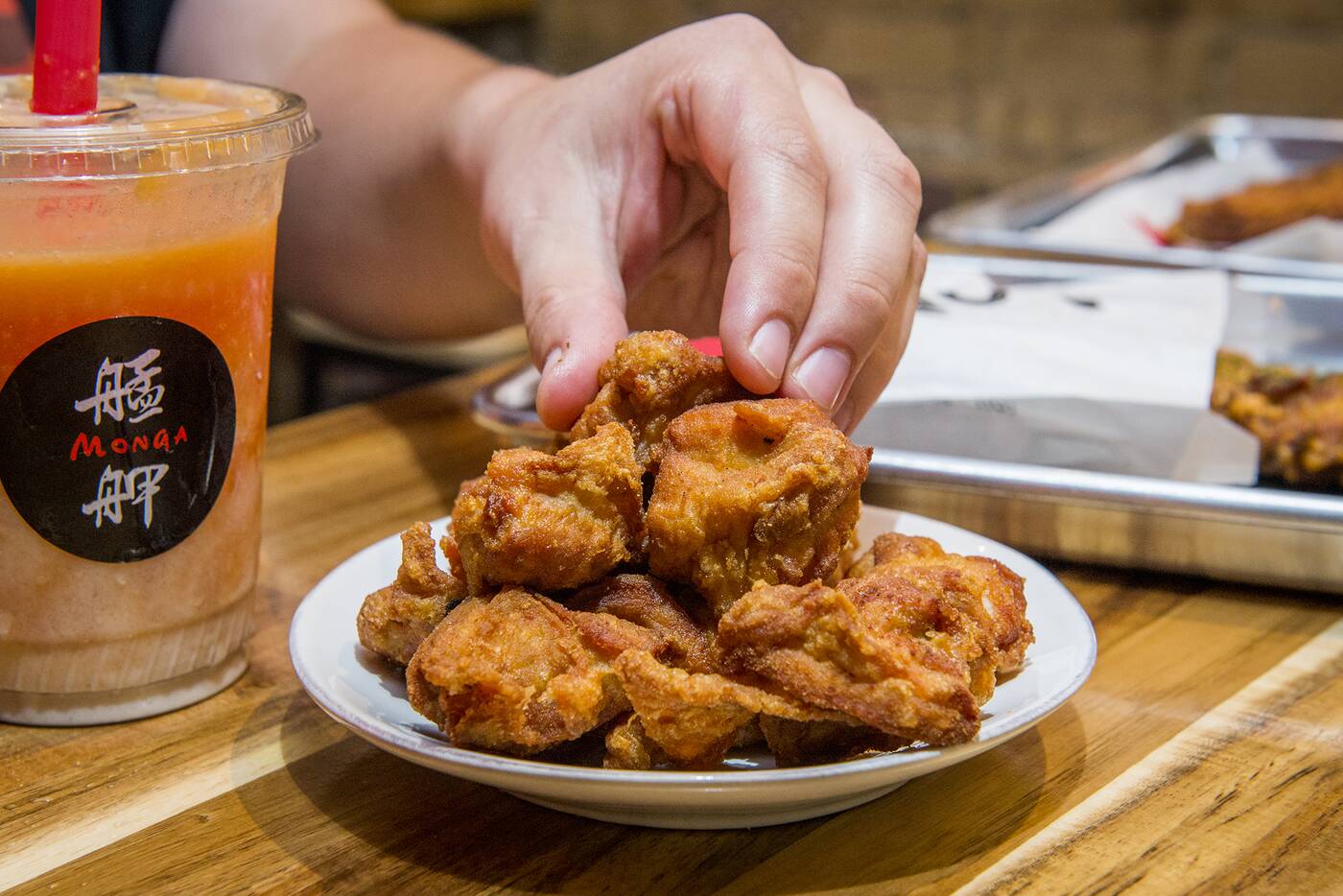 Nuggets ($7) come seasoned with the simple salt and pepper, but I’m sure it would be possible to ask for other seasonings. Calling all nugget lovers to these crispy, juicy little delights. 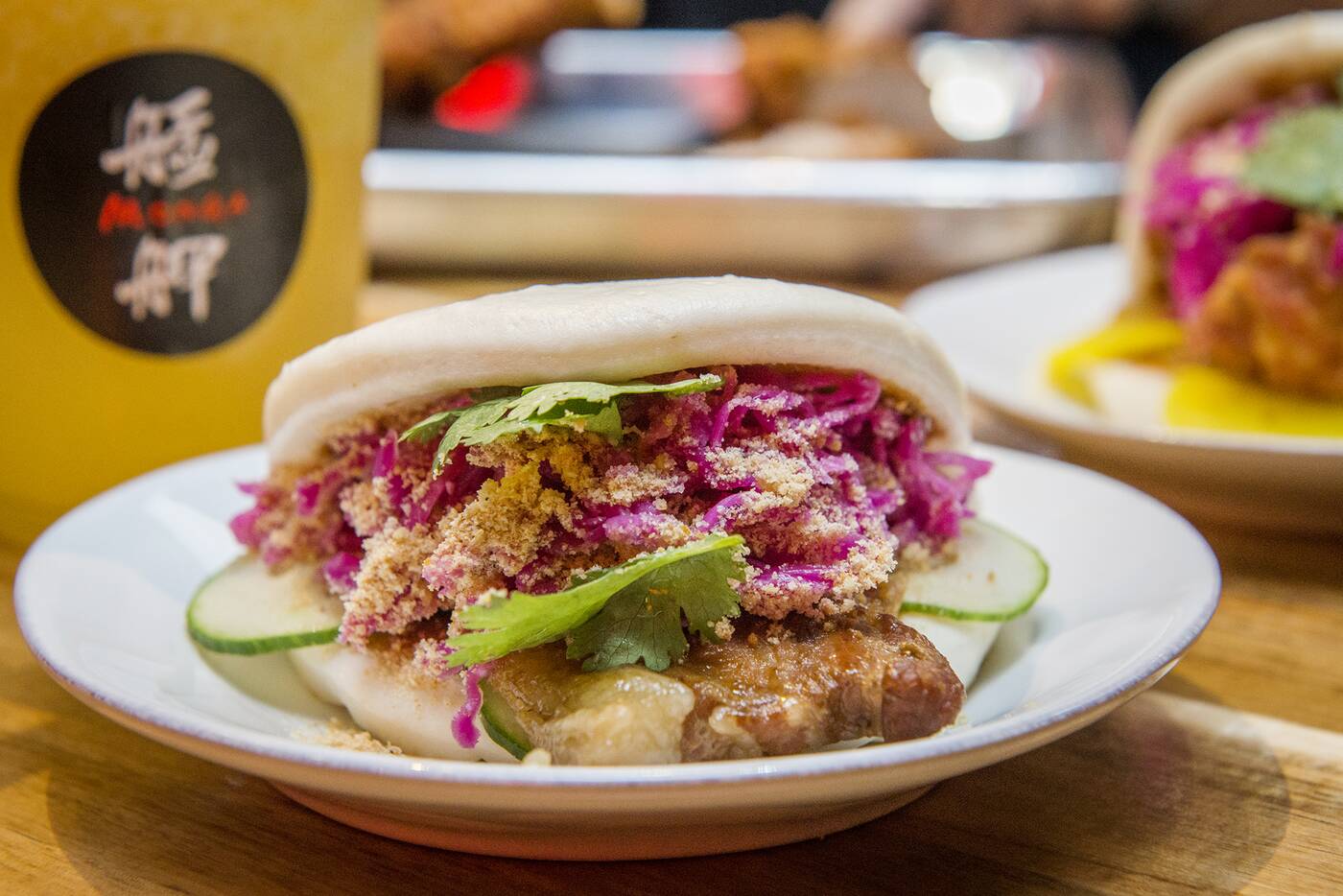 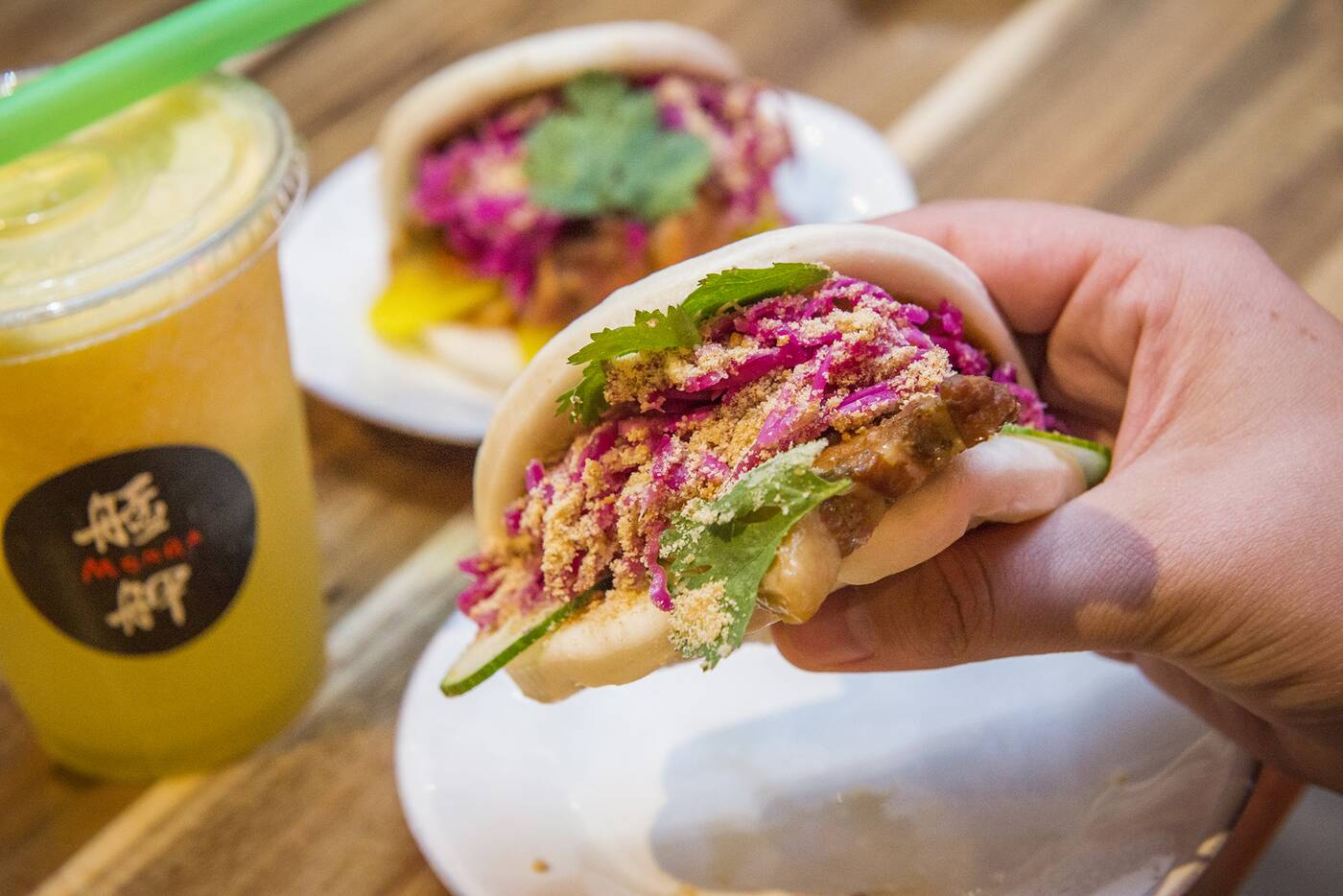 The bao buns themselves are imported from Taiwan, and their silky soft and velvety. 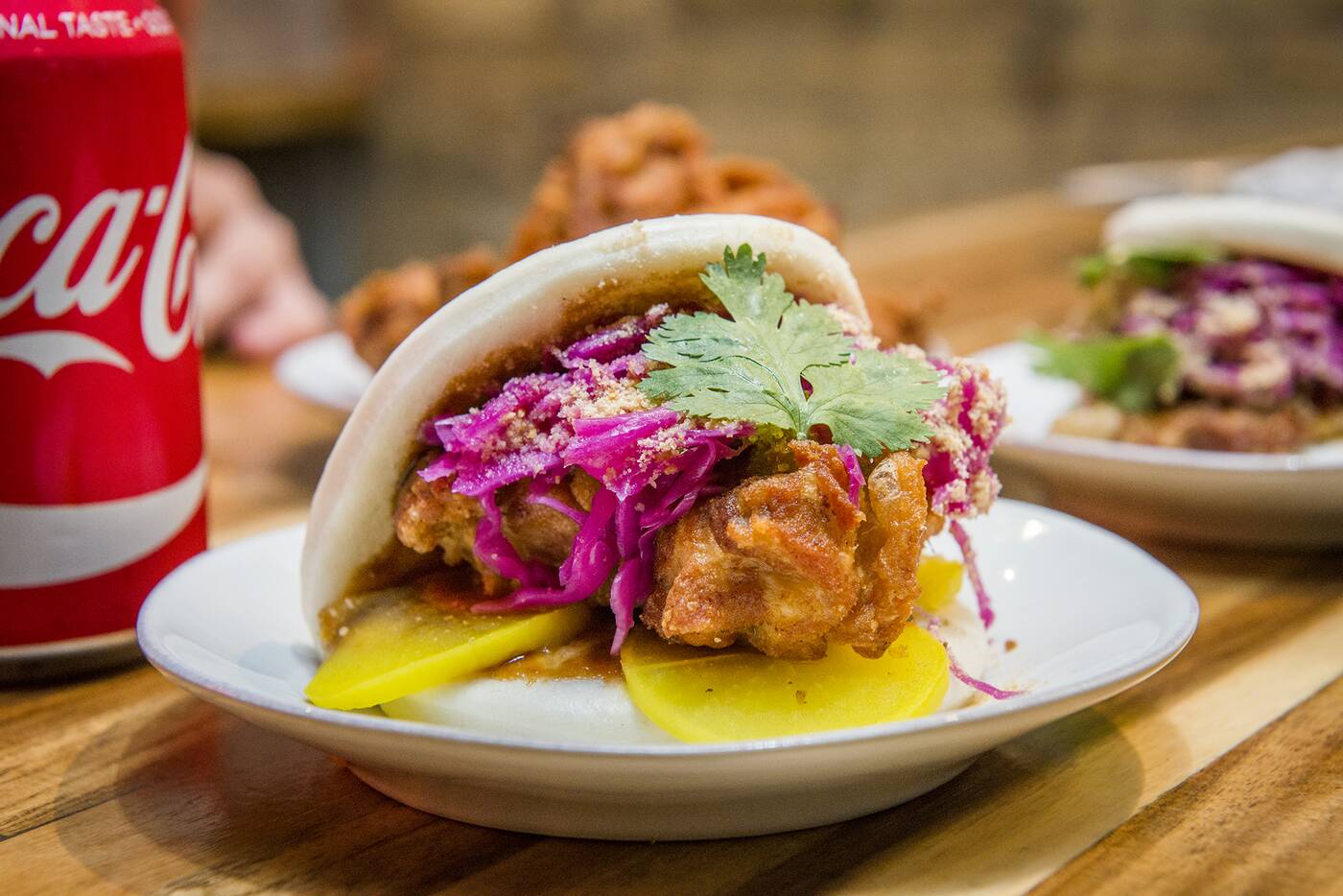 The fried chicken bao ($5.50) is awesome just because it has the fried chicken in it, topped with crunchy acidic yellow pickled radish slices and pickled cabbage, crushed peanuts and cilantro. 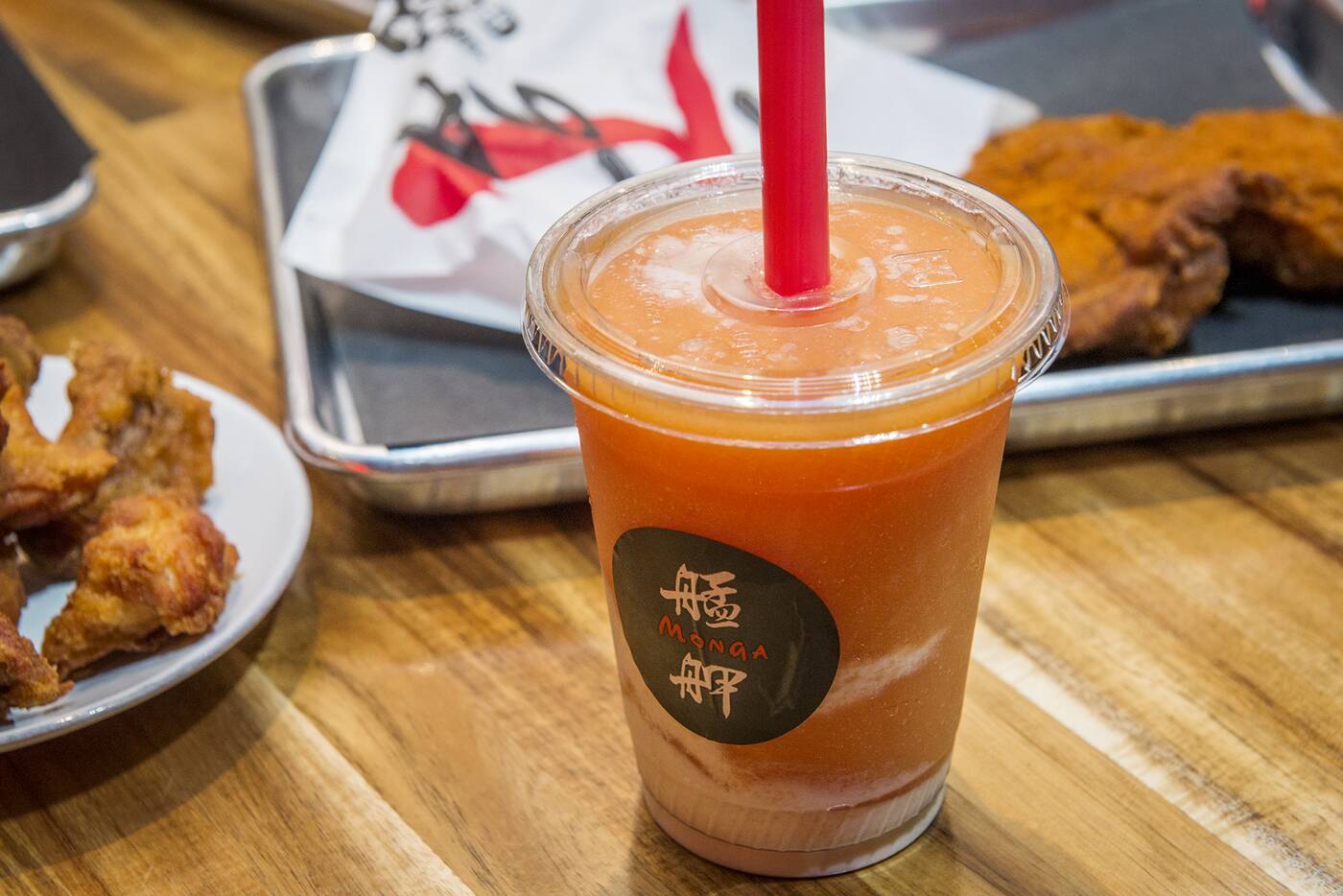 Fresh juices ($5.75) include a straight up combo of milk and papaya that’s a bit unusual and hard to mix. 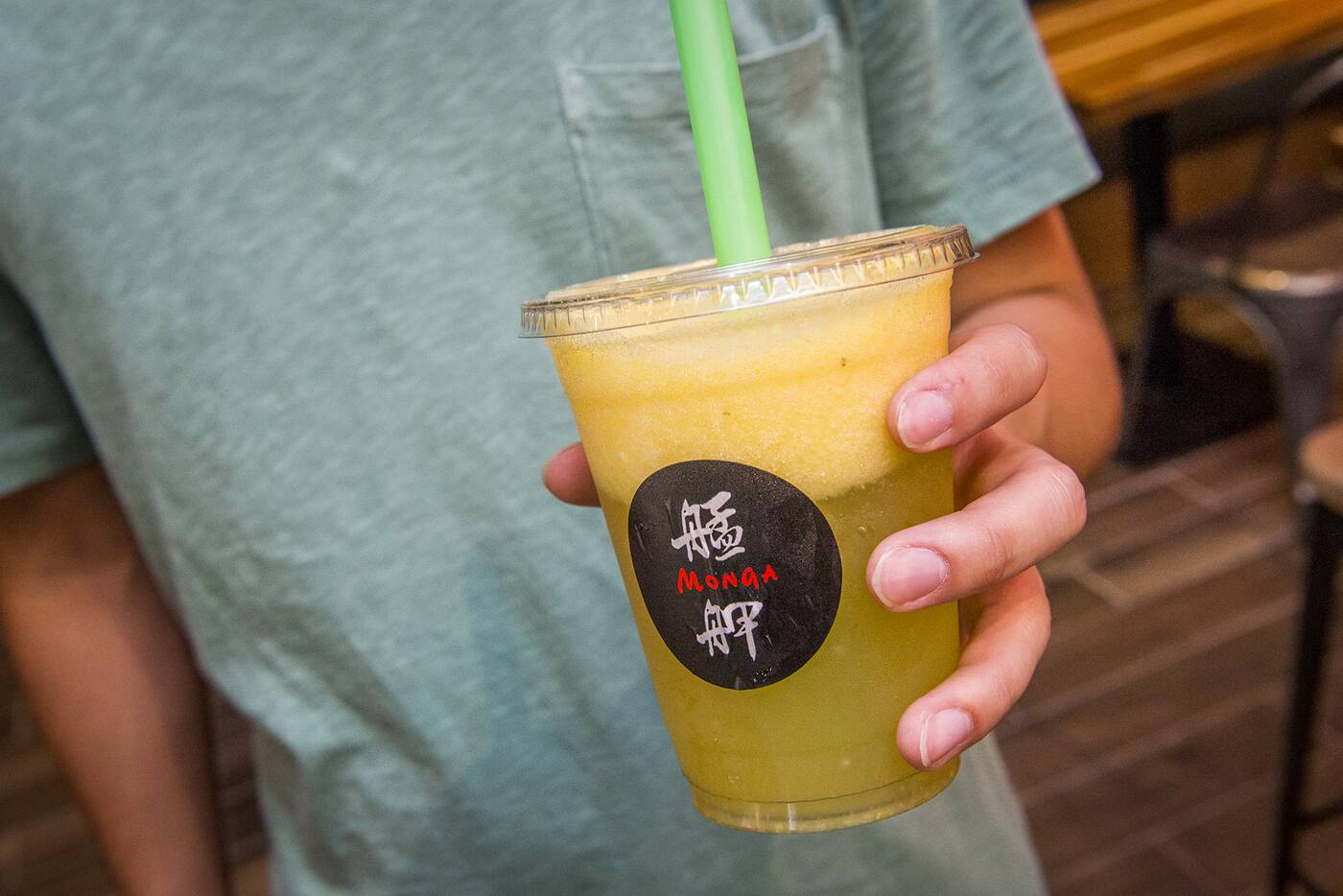 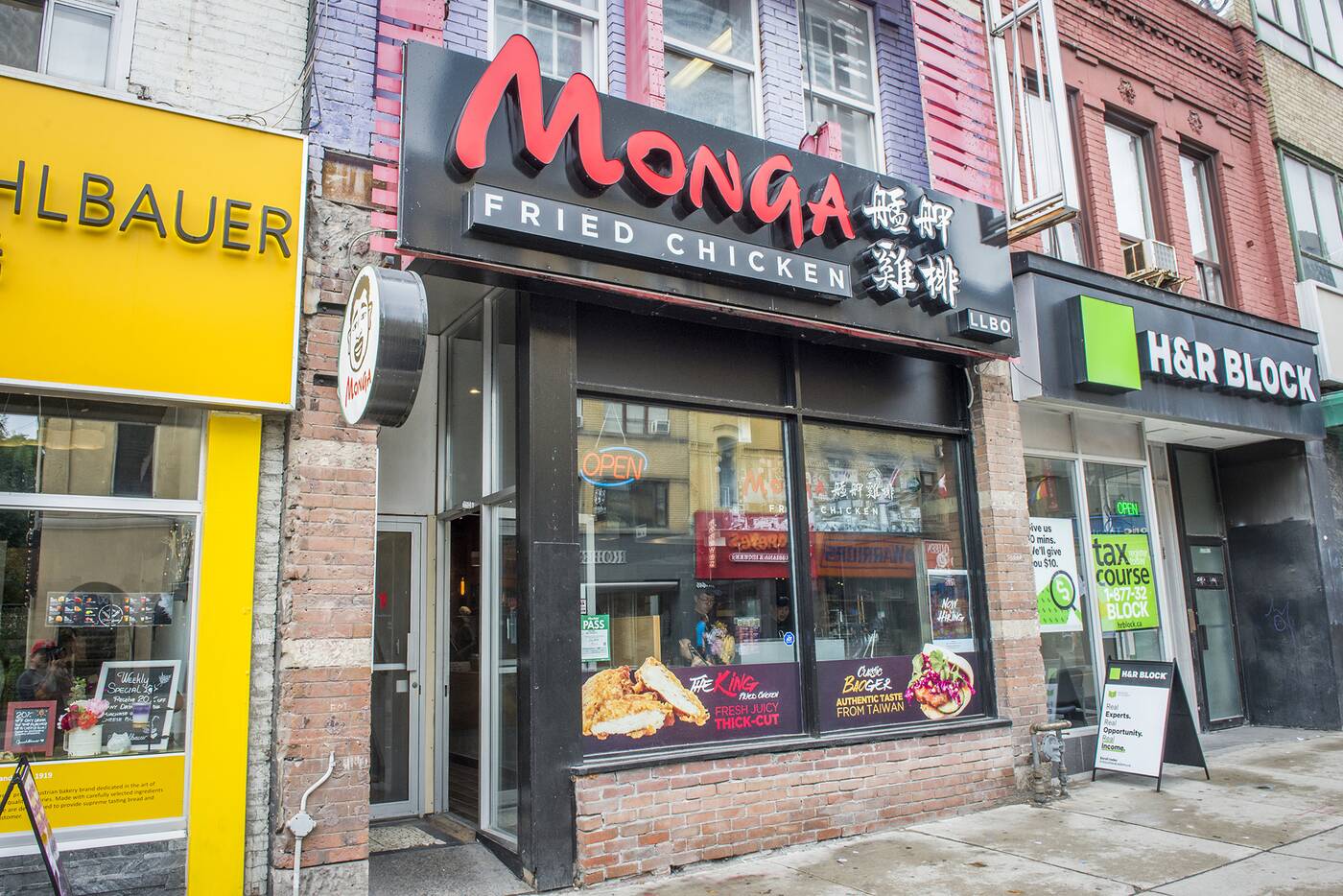