The no-frills takeout spot in Etobicoke comes as the second location to Momo2Go which launched in 2016 as Himalayan Kitchen's sister restaurant. 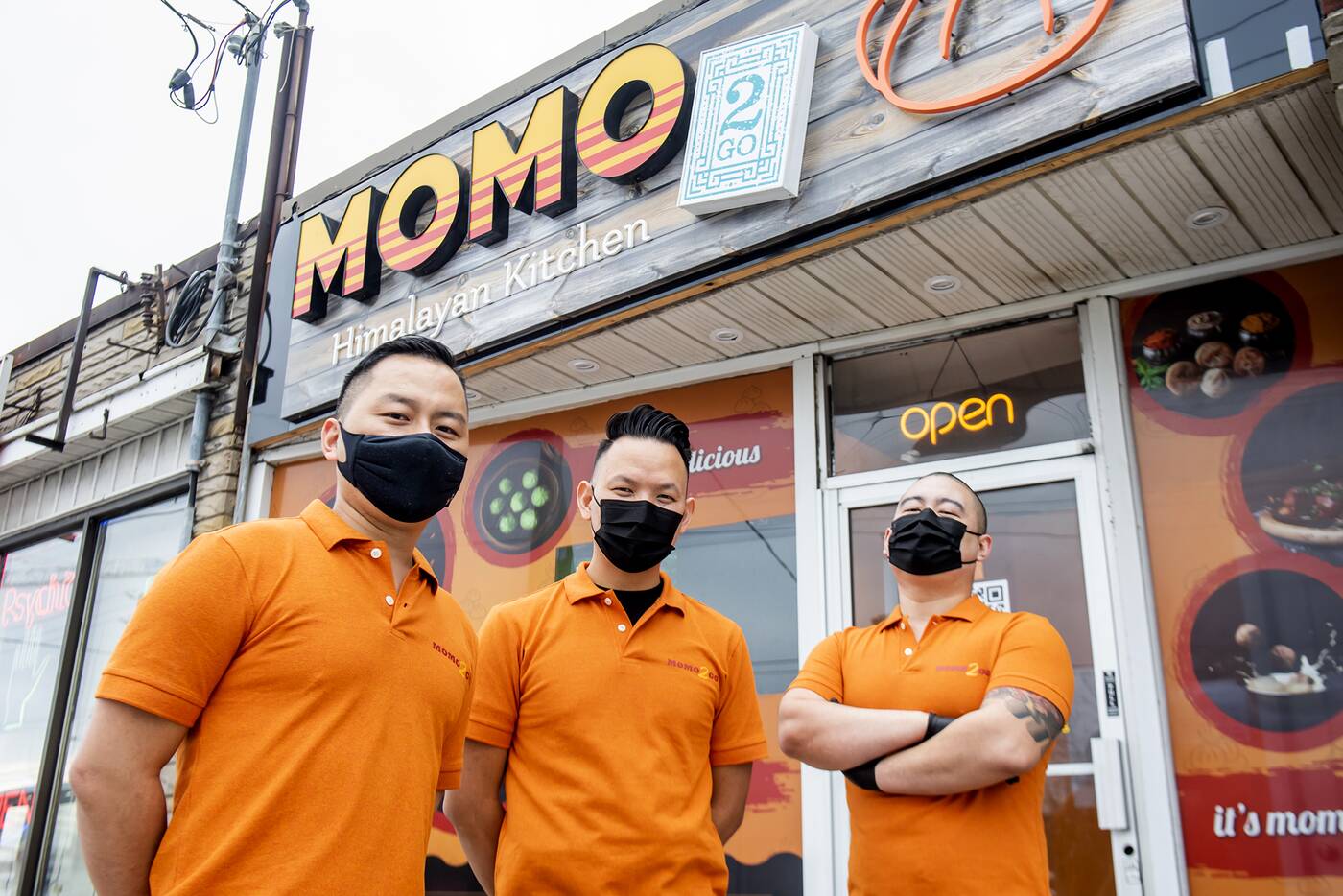 Three brothers opened the sit-down Himalayan Kitchen in 2012 with their mother before pivoting completely to the beloved Asian dumplings with a takeout concept when they realized the almost cult-like following that momos have generated over the years. 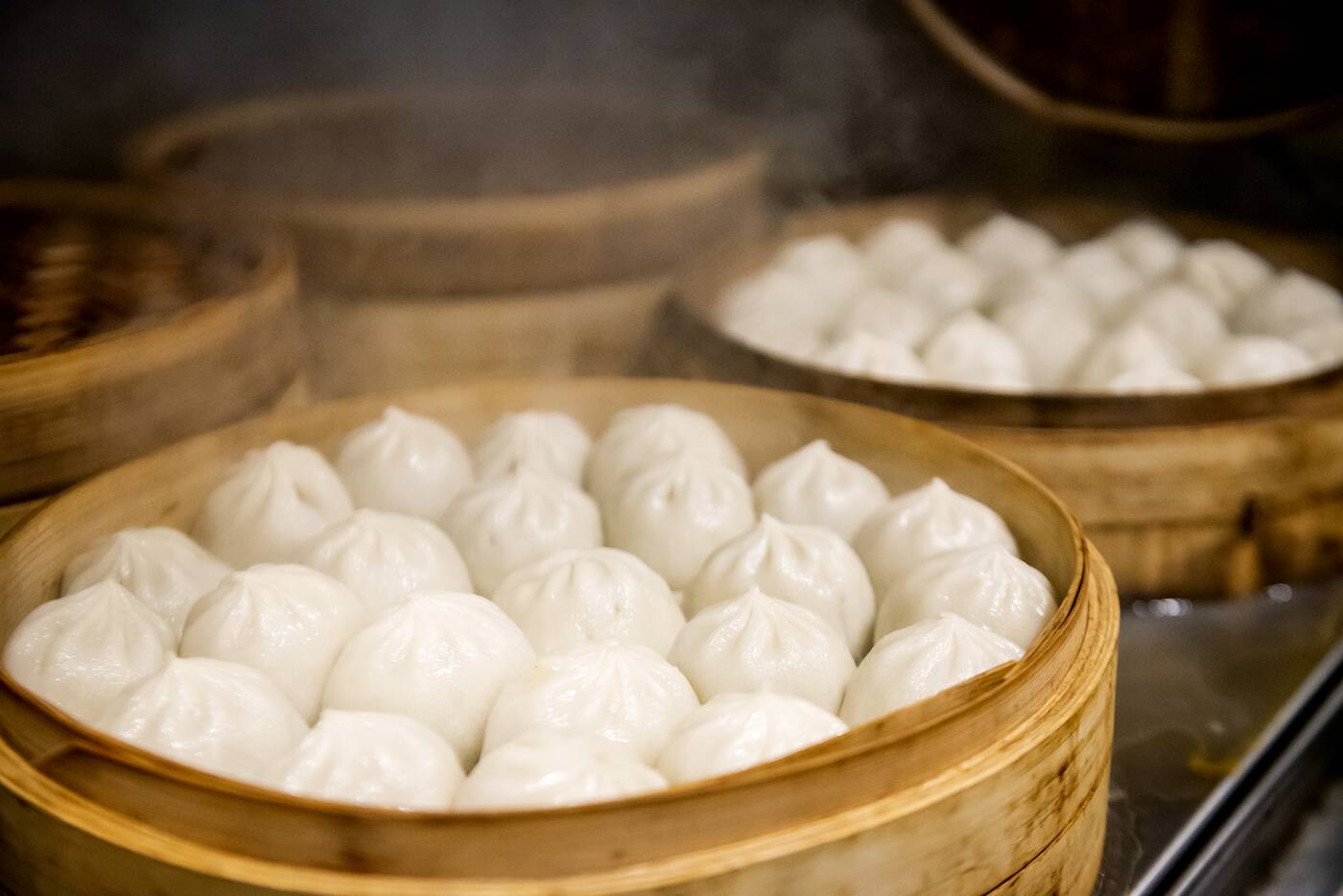 The steamed momos which come as beef, chicken or veggie (10 dumplings for $8.99) are from the very same recipe that their mother would use in their home kitchen growing up. 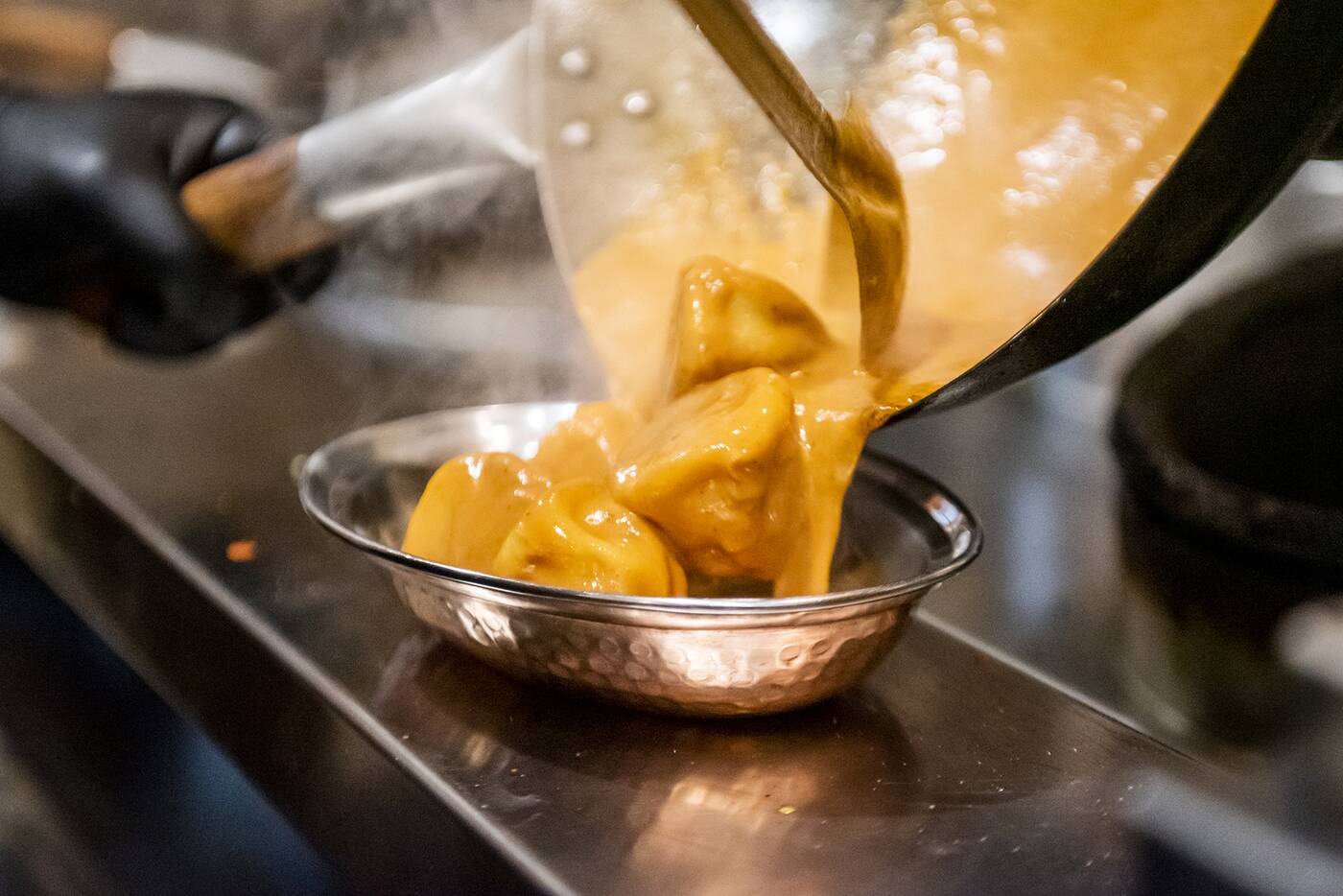 Making the dough by hand and steaming in a bamboo basket for a more authentic flavour, I'm told these dumplings could be smelt cooking in their home every special occasion or family gathering growing up. 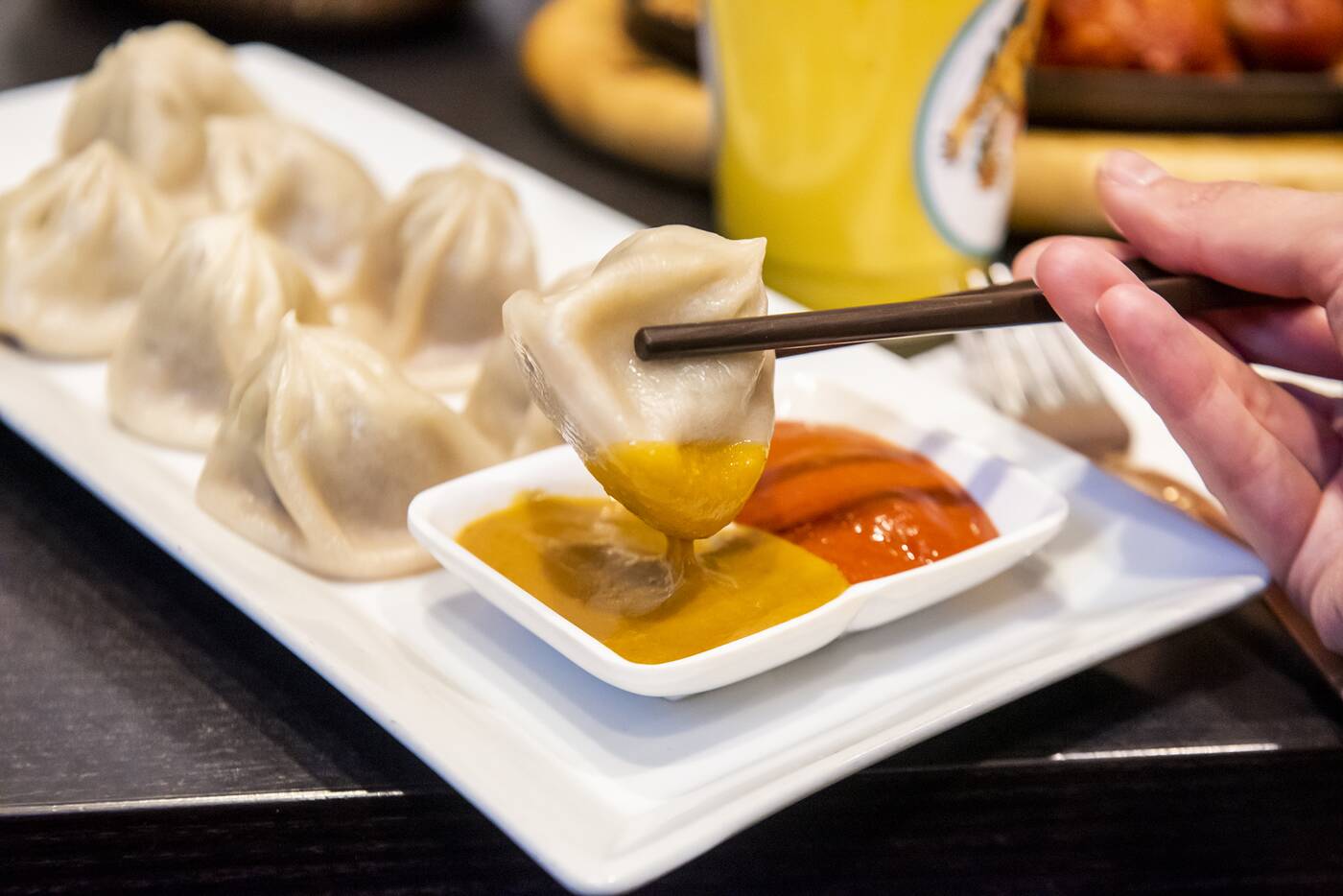 Besides the more traditional option, the menu is full of momos made with a fusion of flavours that have been inspired by their trips to India and Nepal where a momo stand can be found at nearly every street corner. 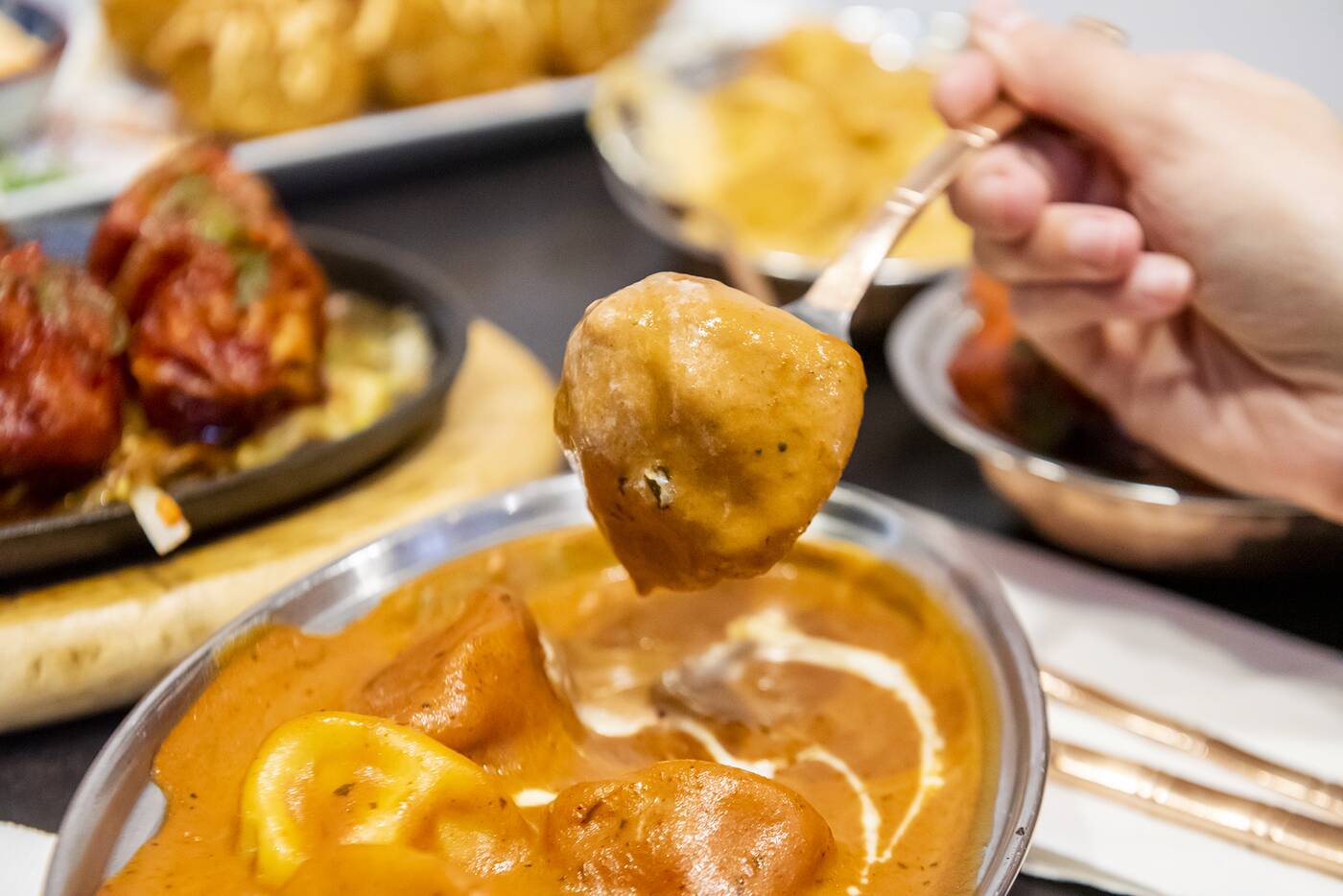 Tenzin Dharpo, who studied culinary at George Brown College, is the brother behind all of the homemade sauces that each fusion momo dish comes drenched in, including the Butter Chicken Momo ($12.99). 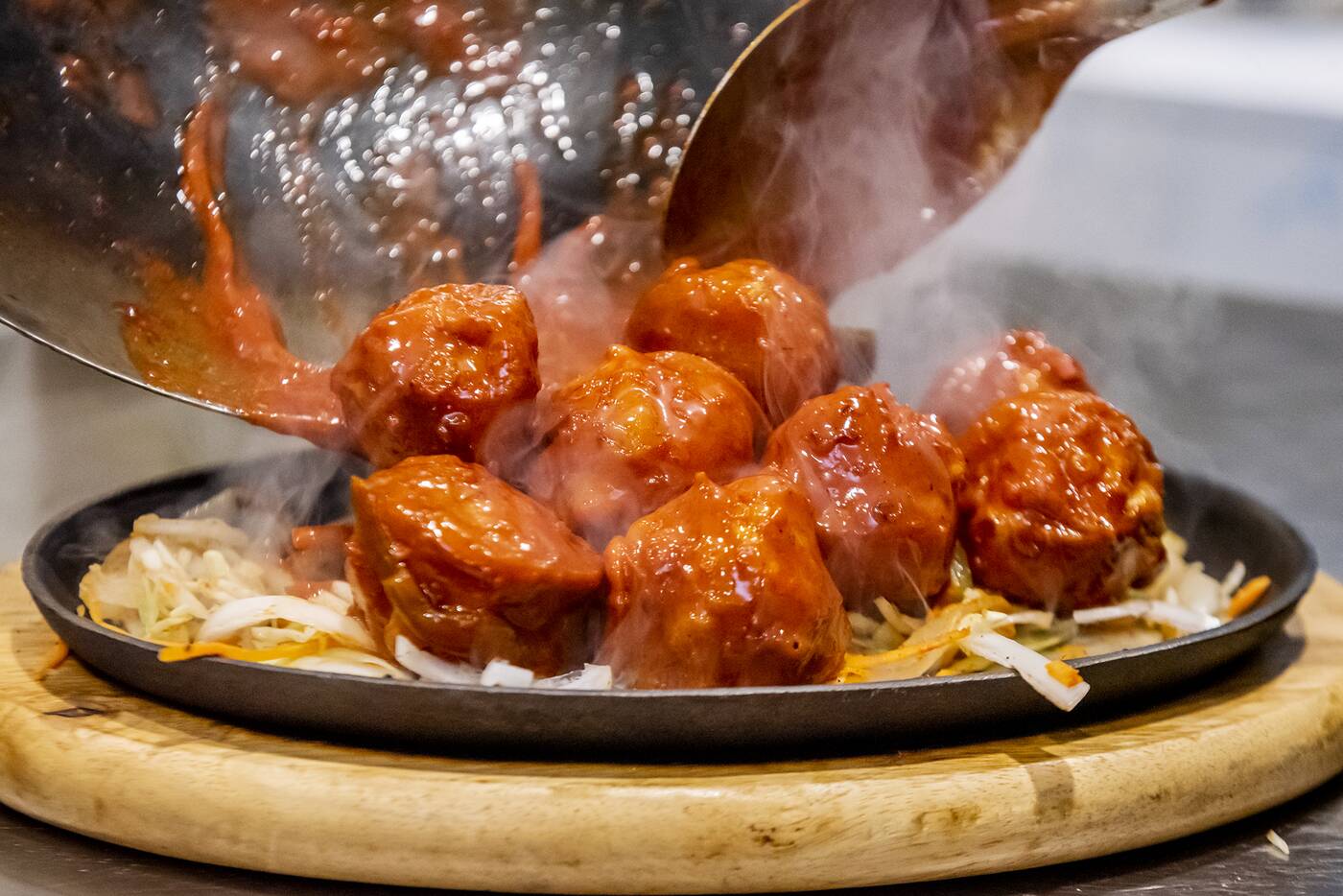 The Tandoori Momo ($14.99) is one of the most popular on the menu. Smoked paprika and a mix of other spices give the dish the smokiness tandoori is known for and it's topped with mint chutney. 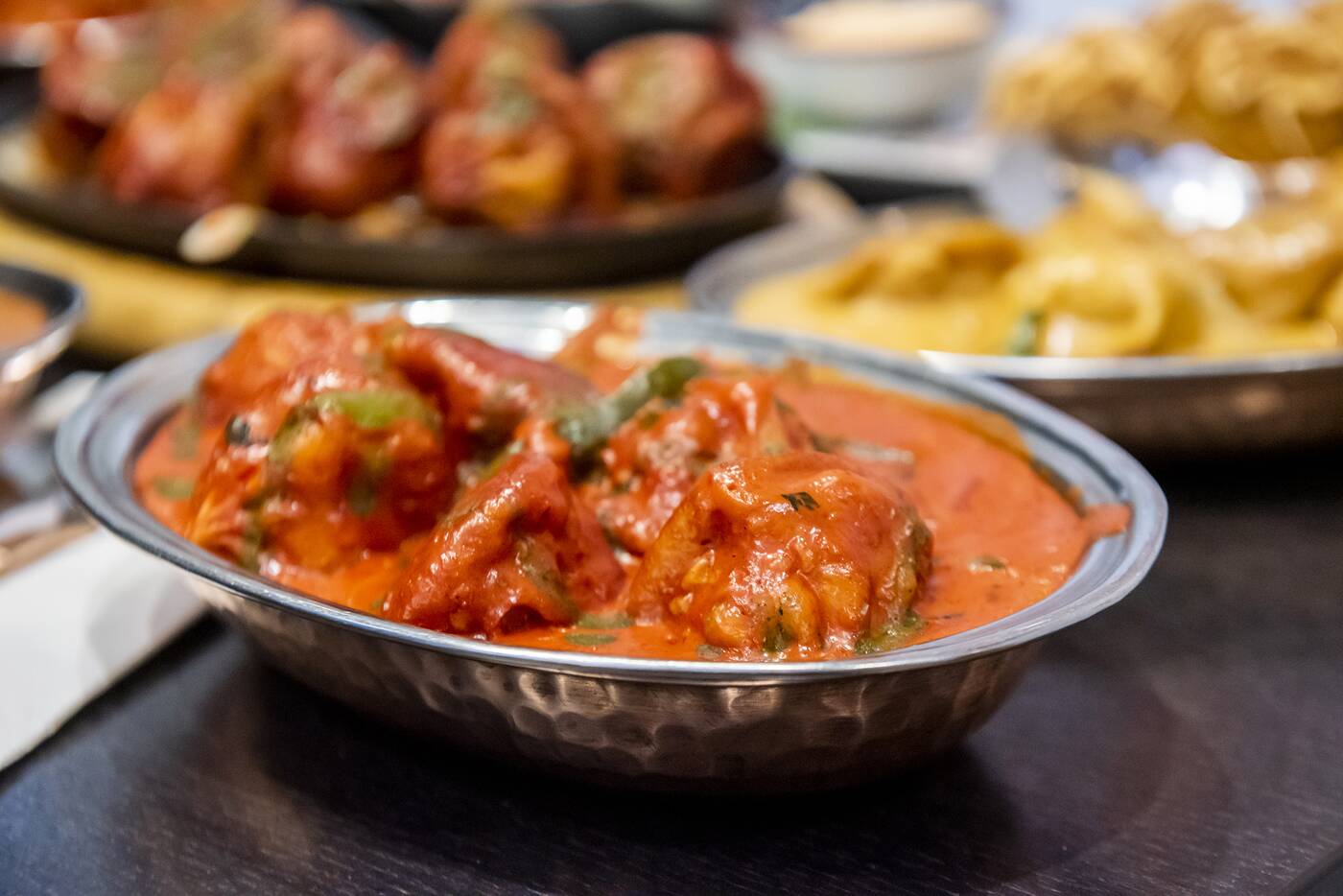 The Delhi Masala Momo ($12.99) is inspired from the streets of Delhi, India, and comes sauteed in a special creamy Himalayan sauce with a Masala kick. Mint chutney is drizzled on this one as well to help cut through the cream. 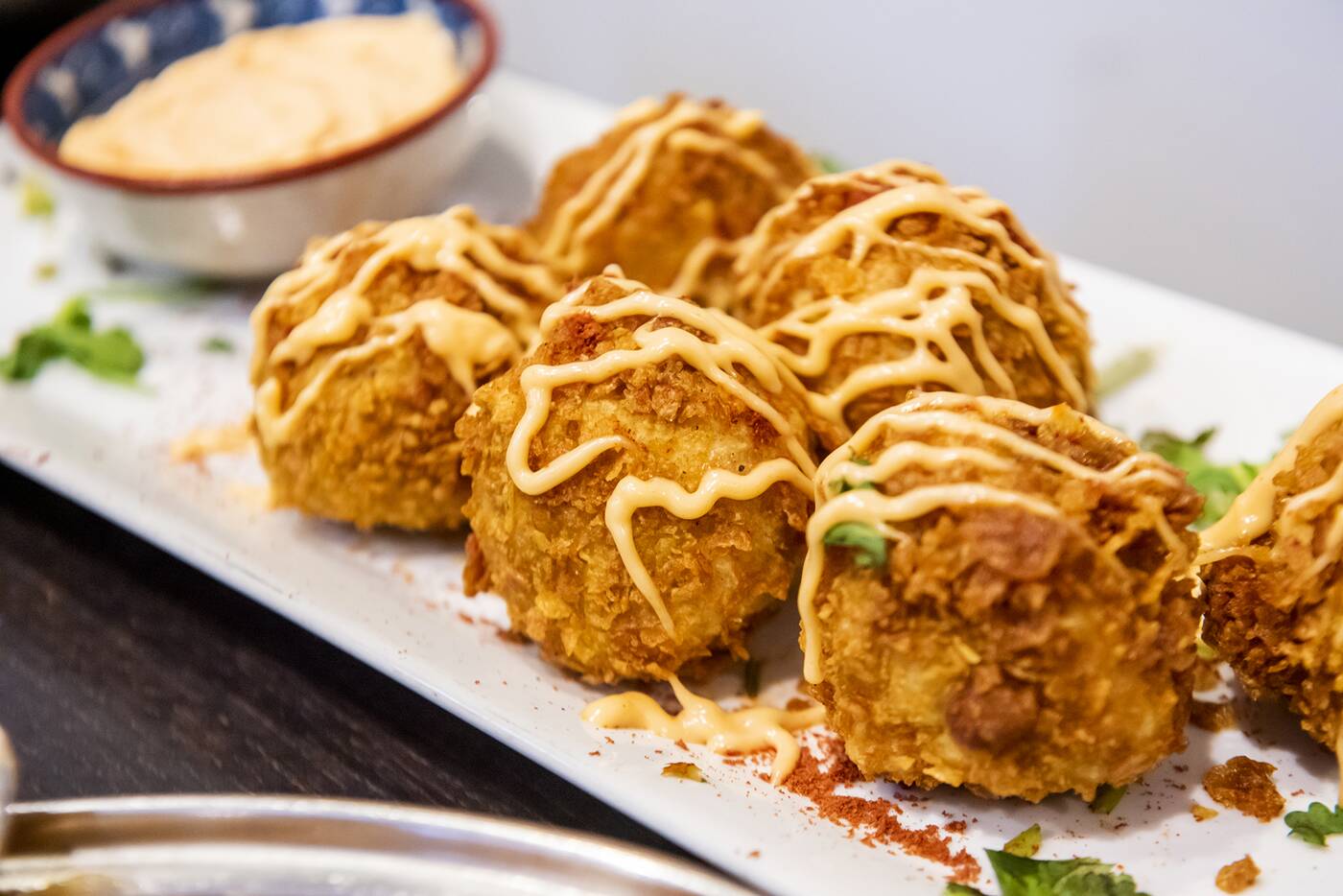 If you're a fan of a bit of crunch, the Crispy Chili Momo ($12.99) are fried dumplings coated in a flaky batter and filled with a mixture of pepper, onions and an aromatic sauce. 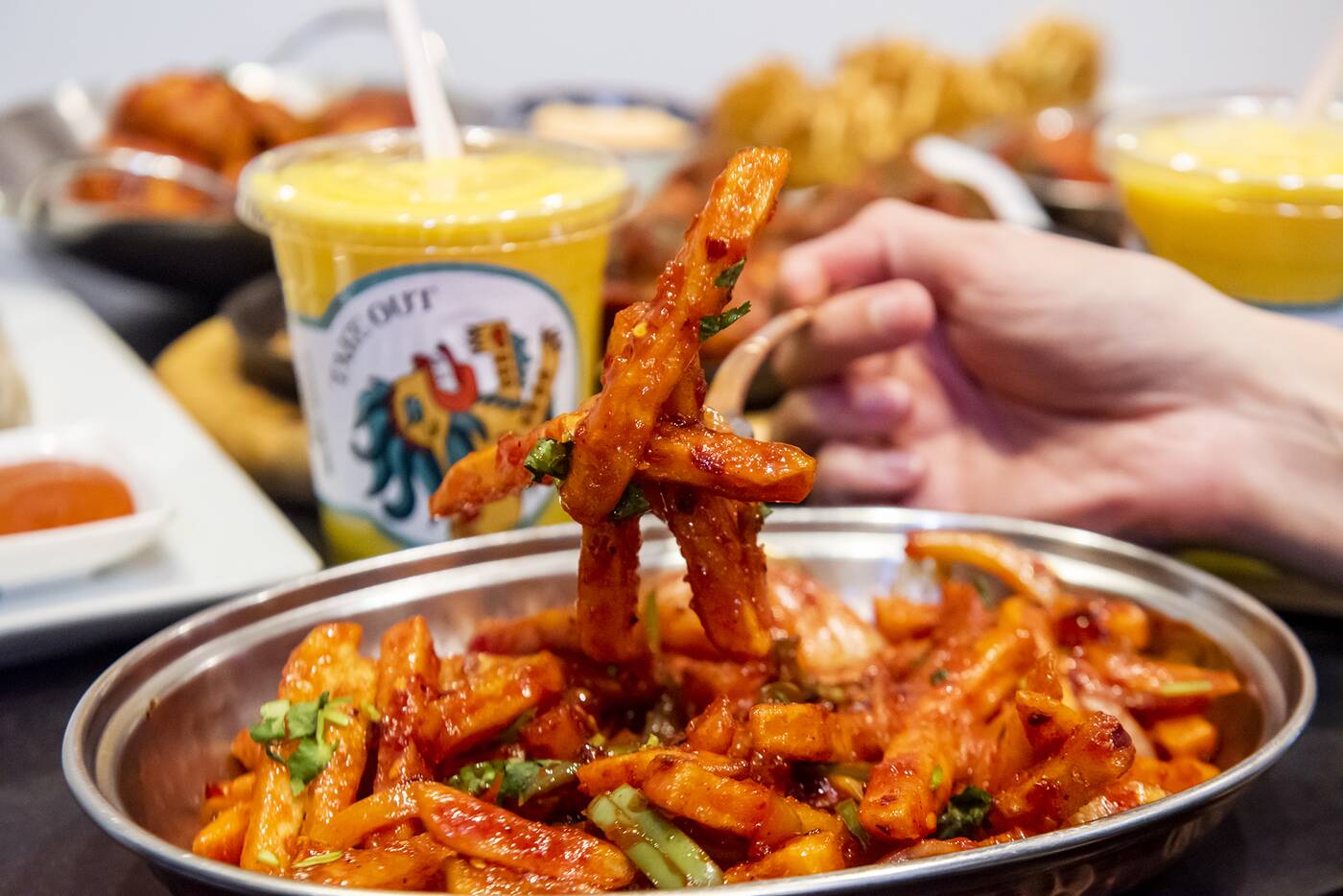 With about 30 to 40 orders of Chili Fries ($7.99) daily, this appetizer is another favourite. The spiced french fries are sauteed with garlic, onions, and a special sauce, and pack quite a quick when it comes to heat. 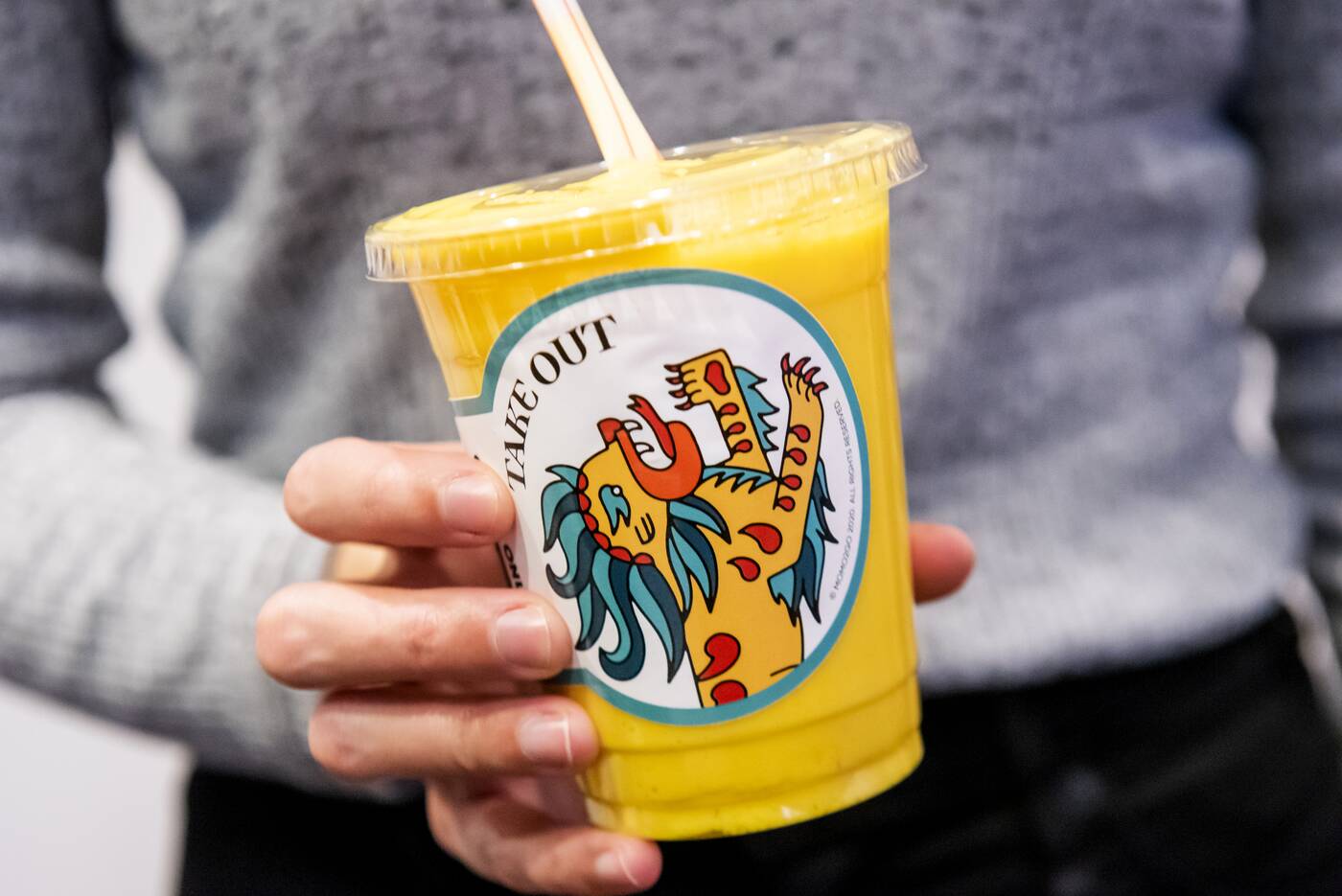 A Mango Lassi ($3.99) makes for a perfect drink to pair with some of the hotter dishes, providing a refreshing balance of mango and yogurt.

Momo2Go can be found where Viking Fish & Chips used to be located, and whether you're in the mood for traditional or are feeling a little more adventurous,  it serves as your one-stop spot for momos on-the-go. 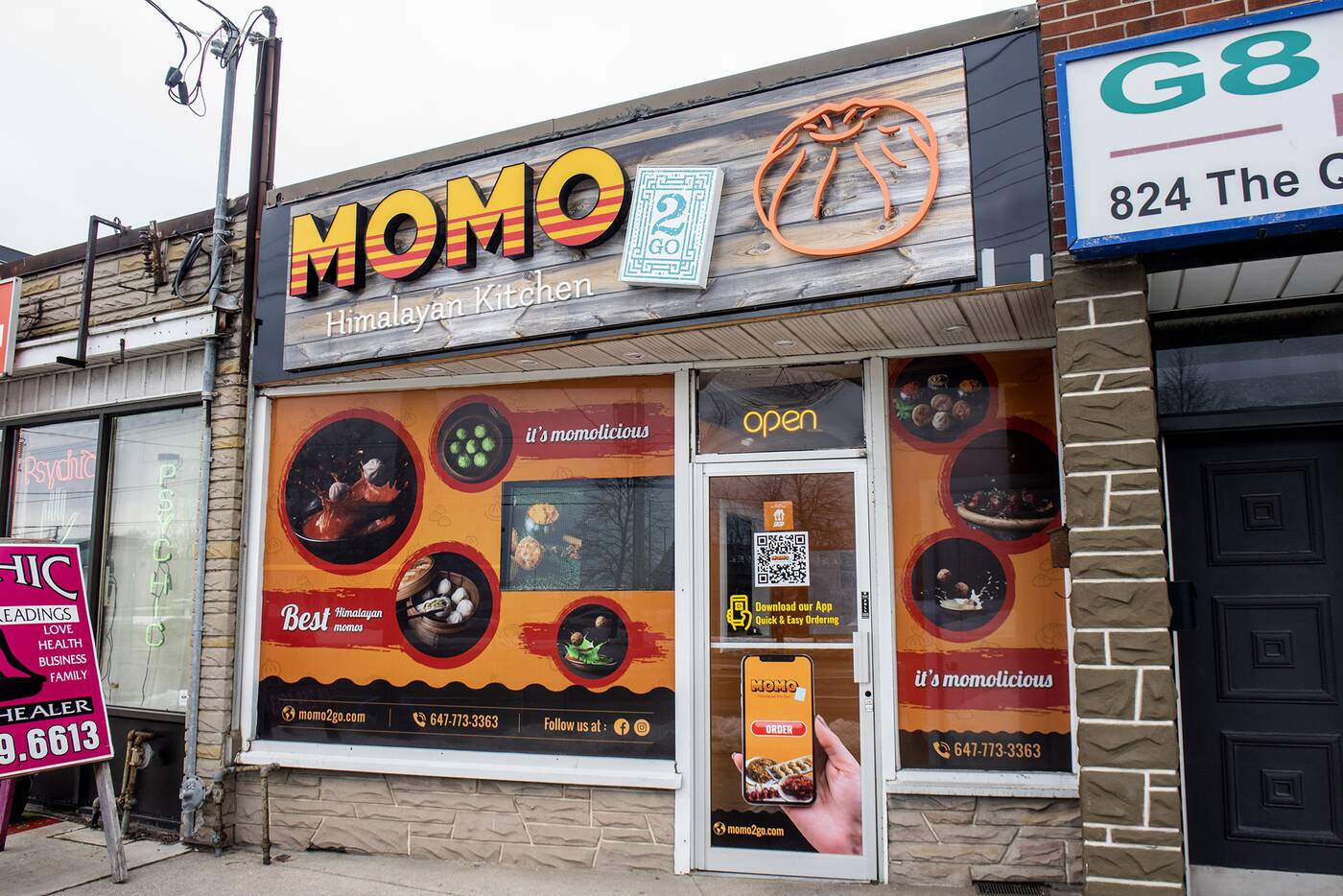