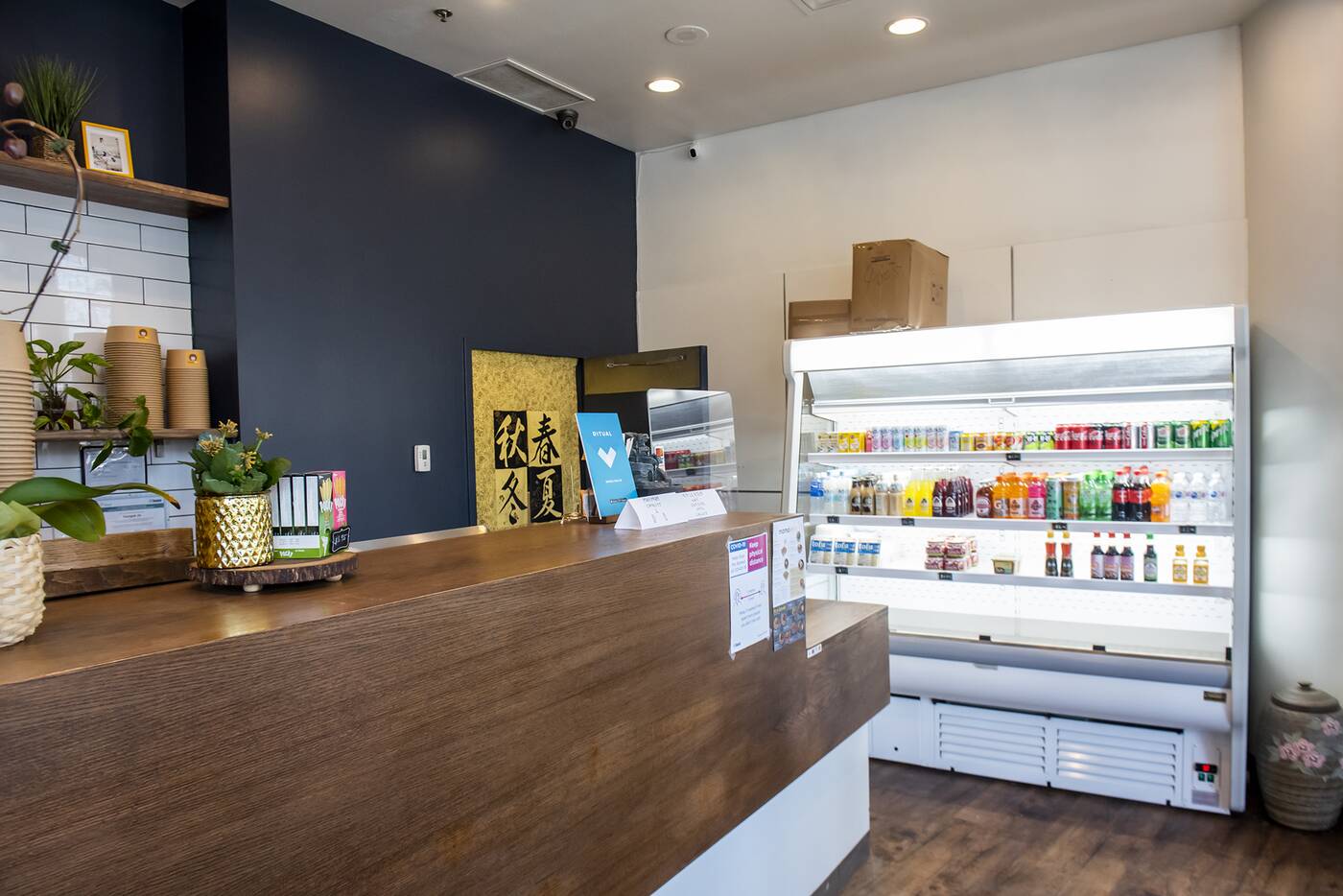 And yes, there is an actual Mama Lee. Usually found in the back working in the kitchen, Young Lee has based the entire menu around the food she grew up eating in Daegu in South Korea. 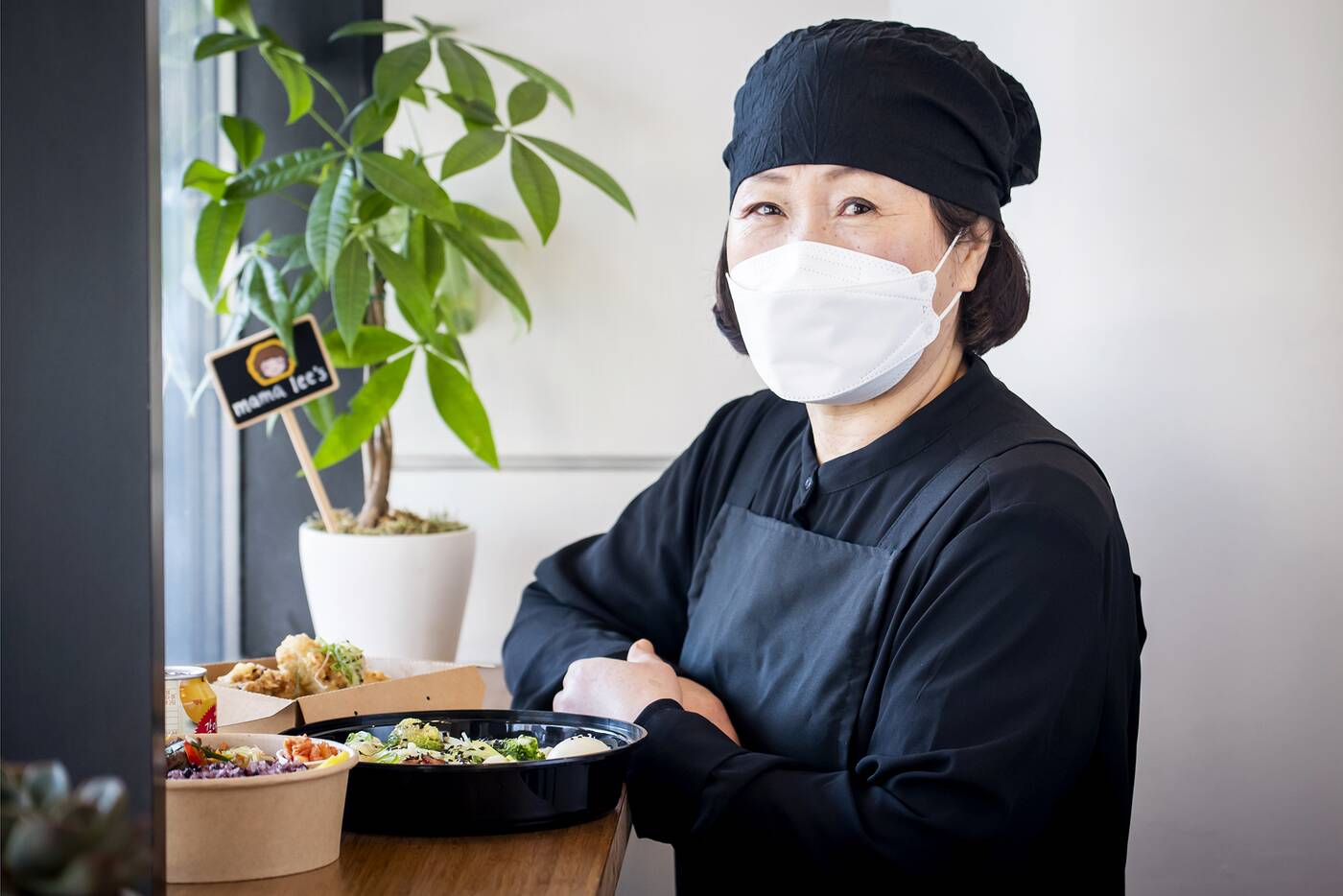 Lee has been in the food business since she moved to Toronto over 30 years ago. With a Korean takeout spot as a longtime dream, she and her family jumped on the opportunity to open Mama Lee's as soon as a storefront became available right next door to the Kibo Sushi that they've owned for 13 years. 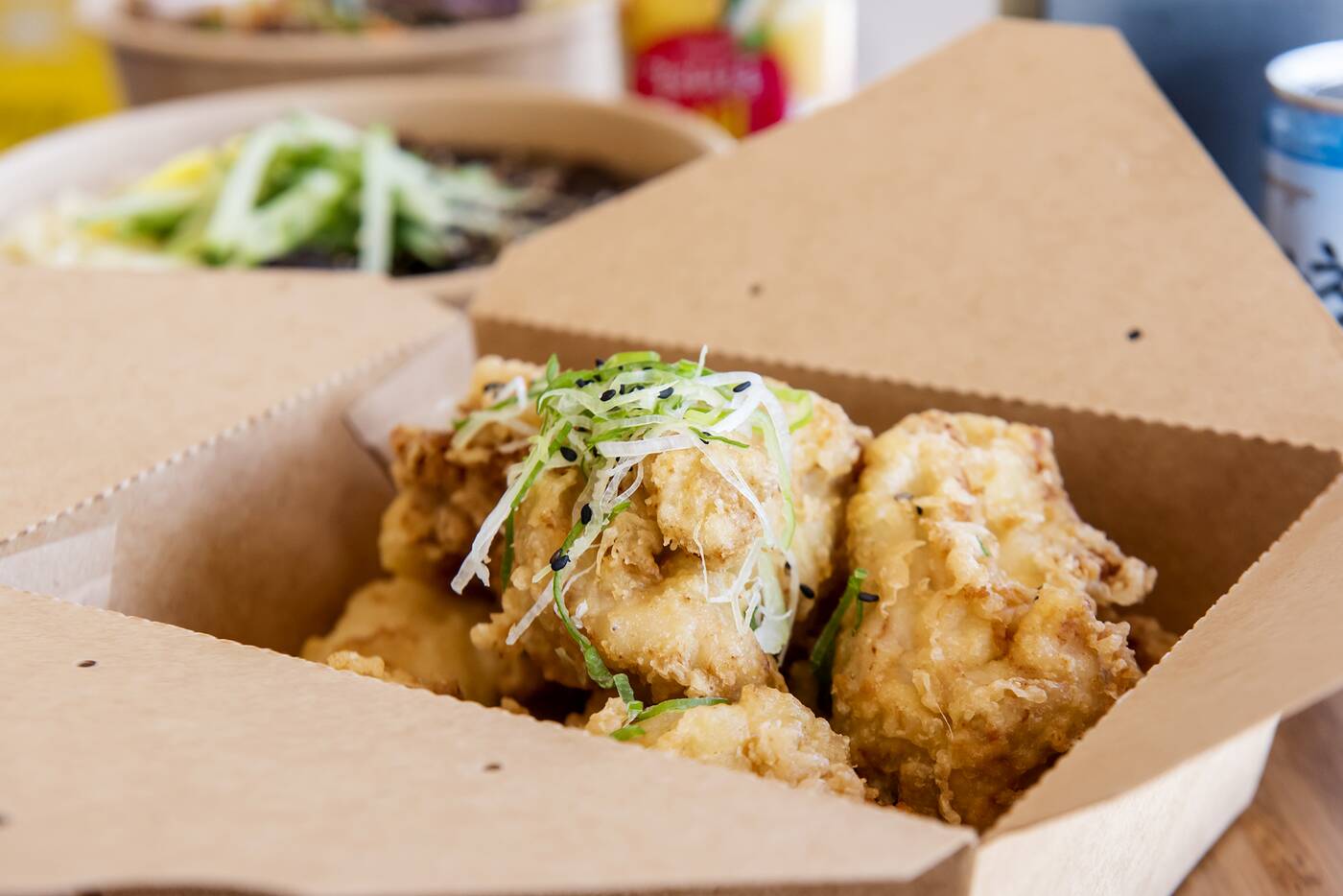 The Korean Fried Chicken ($10.95) is a menu item that's been popular since opening, with some customers coming by a few times each week just for lightly battered crispy pieces of chicken.

Mama Lee won't disclose the secret Korean ingredient used in the batter, but I'm told it's what gives the chicken its crispiness. There's also a spicy option ($11.95) made in a gochujang honey glaze sauce for a combination of spicy and sweet flavours. 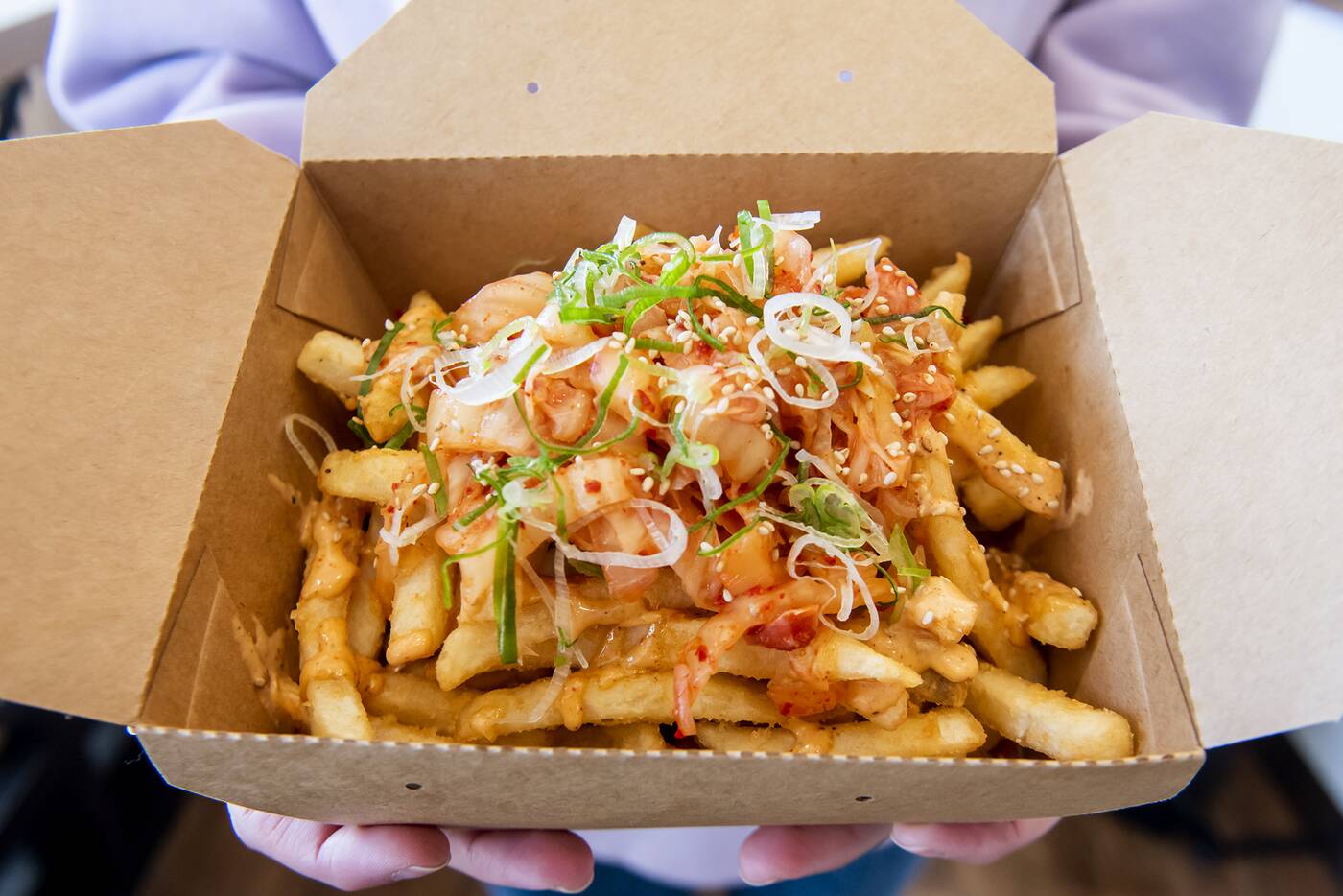 Prepared by massaging each layer of the cabbage by hand before fermenting for a week, kimchi is also used for the fried rice and stew on the menu. 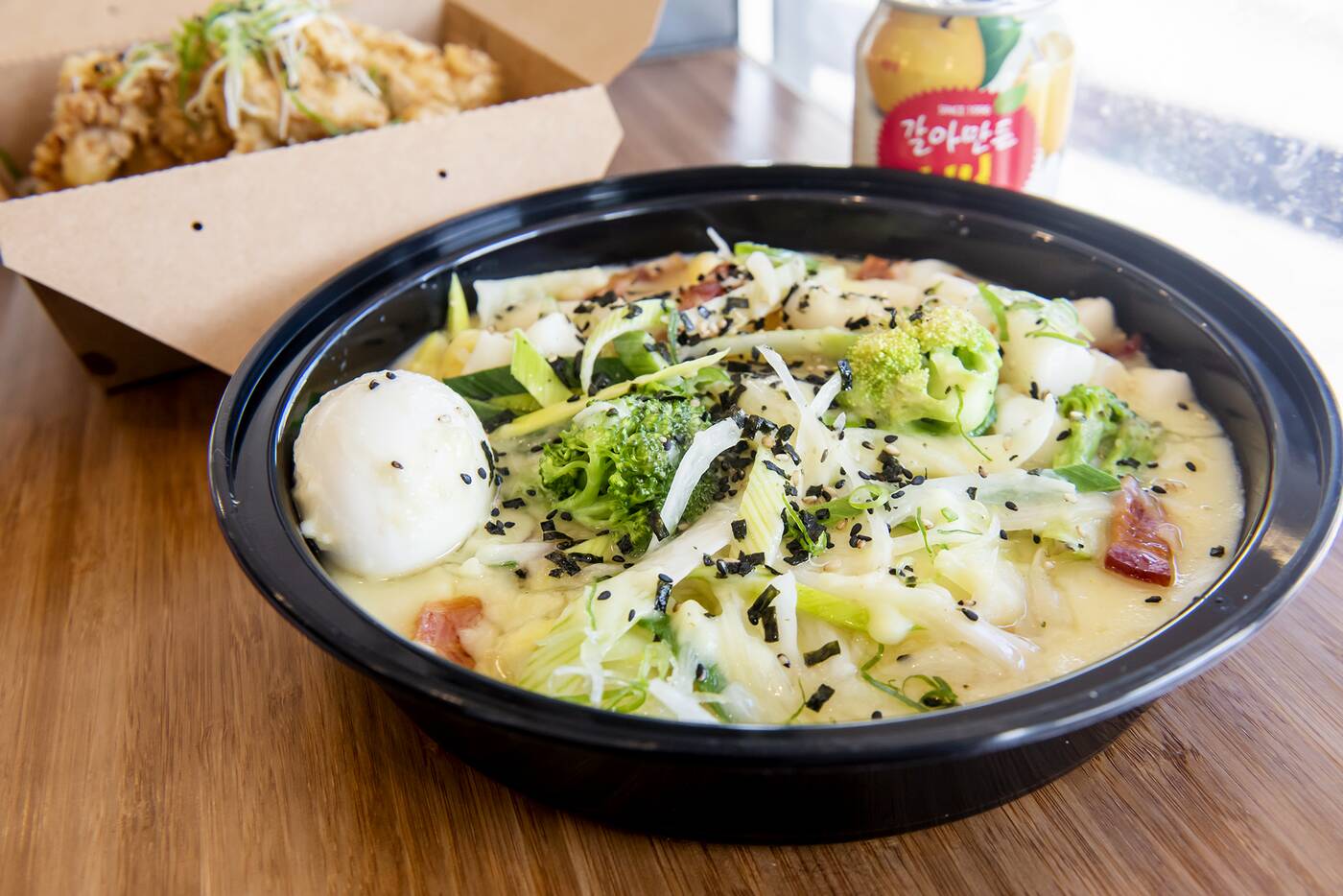 Another traditional dish that takes on a bit of a modern twist is the Cream Ddukbokki ($11.95). The Korean rice cakes are prepared with bacon and veggies and made in a garlic cream sauce. 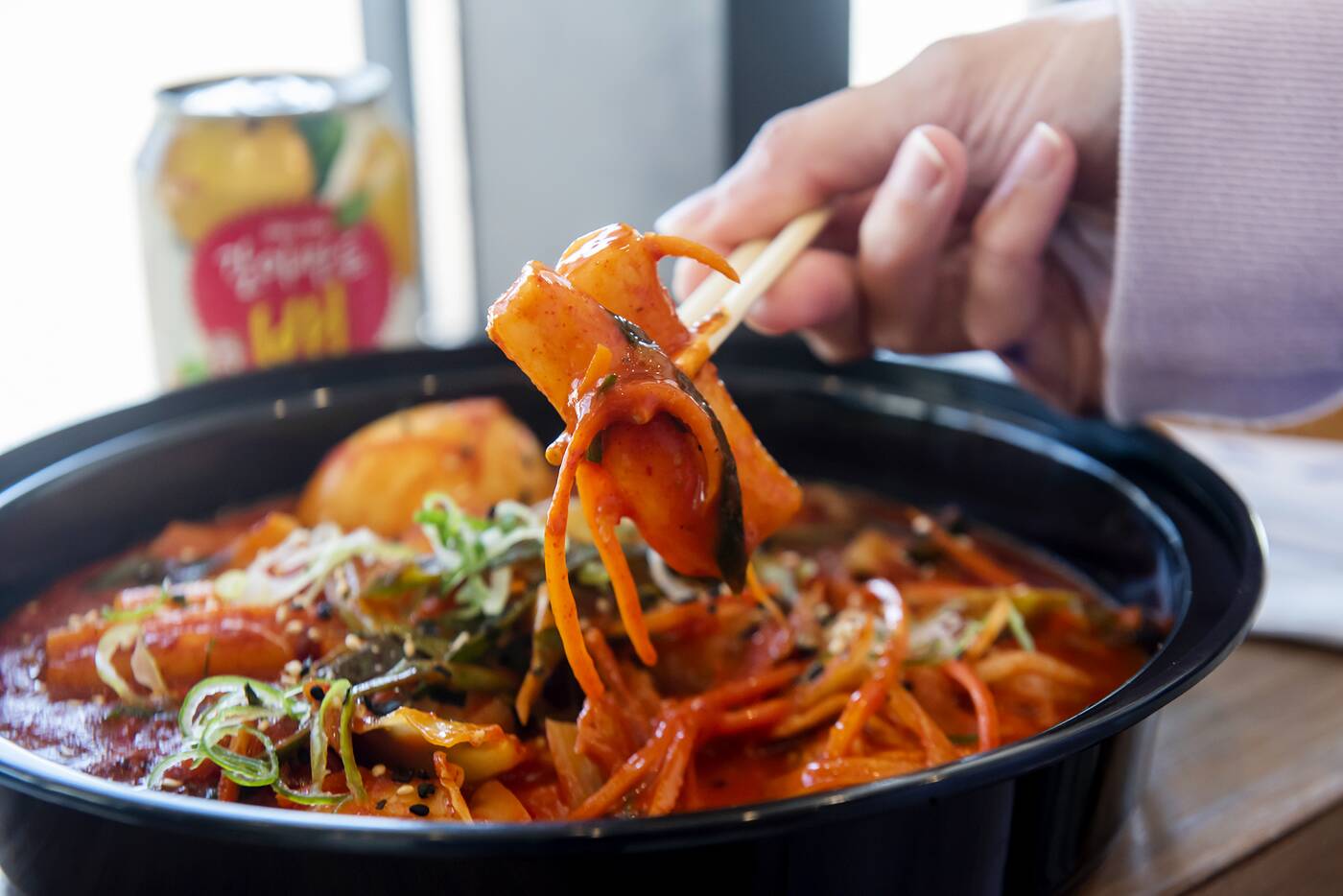 This is different from how it's usually enjoyed, in a spicy red sauce, though they have that option too ($9.95) for those who are after some heat. 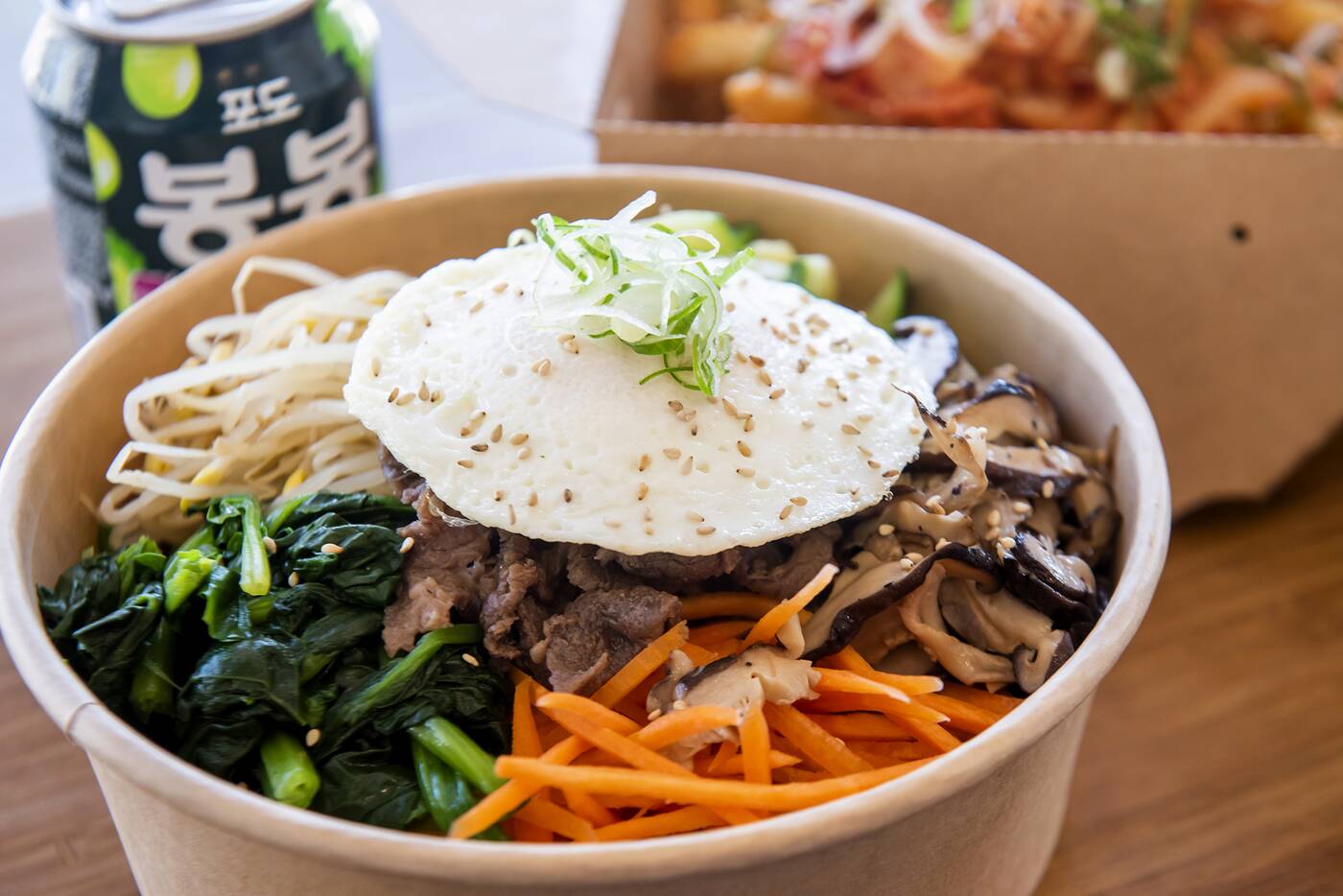 Another main that you're likely to see at most other Korean restaurants is Bibimbap ($12.95). With Bibi meaning 'to mix' and Bap translating to 'rice,' it comes with your choice of beef or chicken, rice, and a mix of veggies including carrots, spinach, cucumbers, and mushrooms. 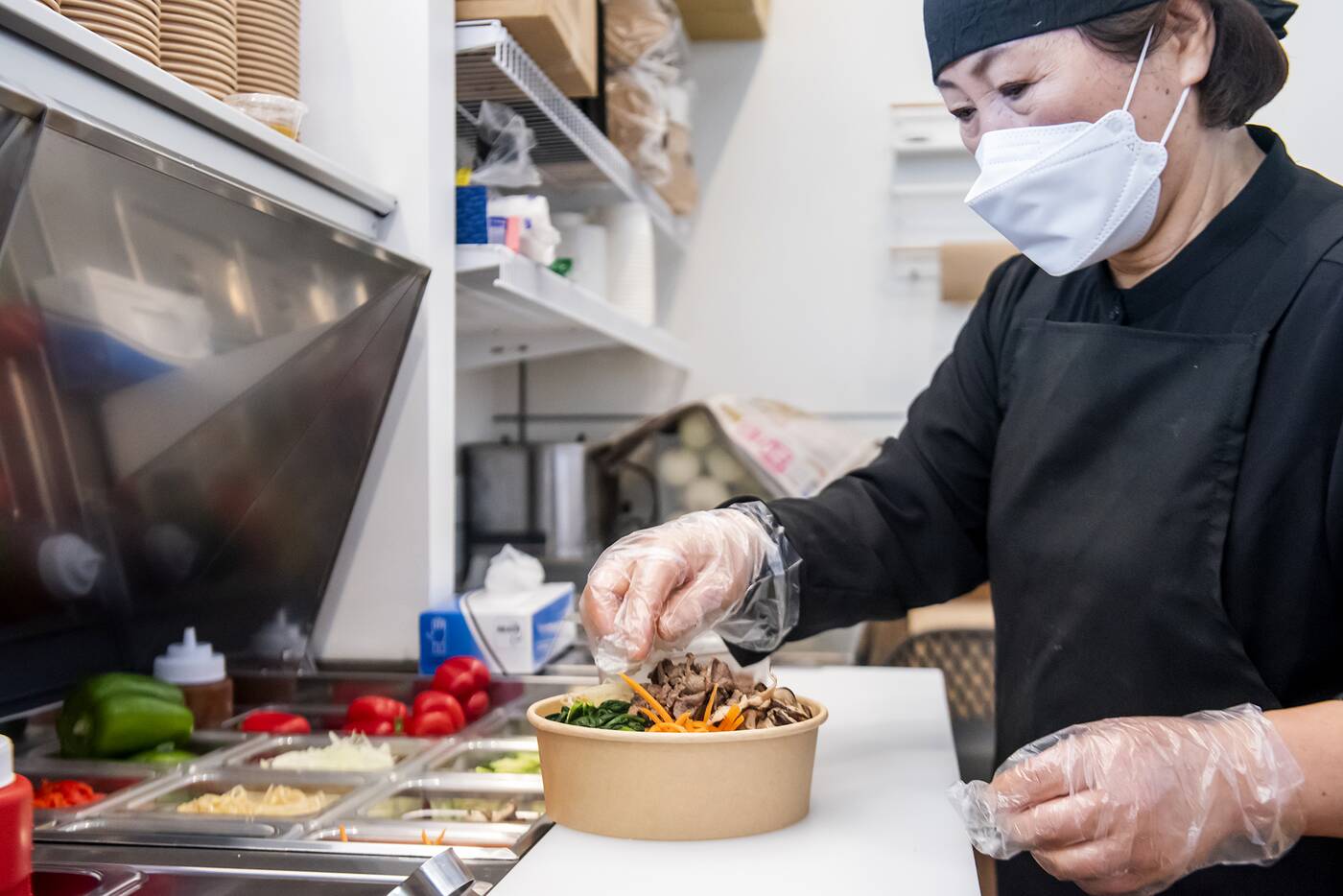 It's also served with either a Spicy Bibimbap or Sesame Soy sauce, which are all made by hand by Mama Lee, of course. 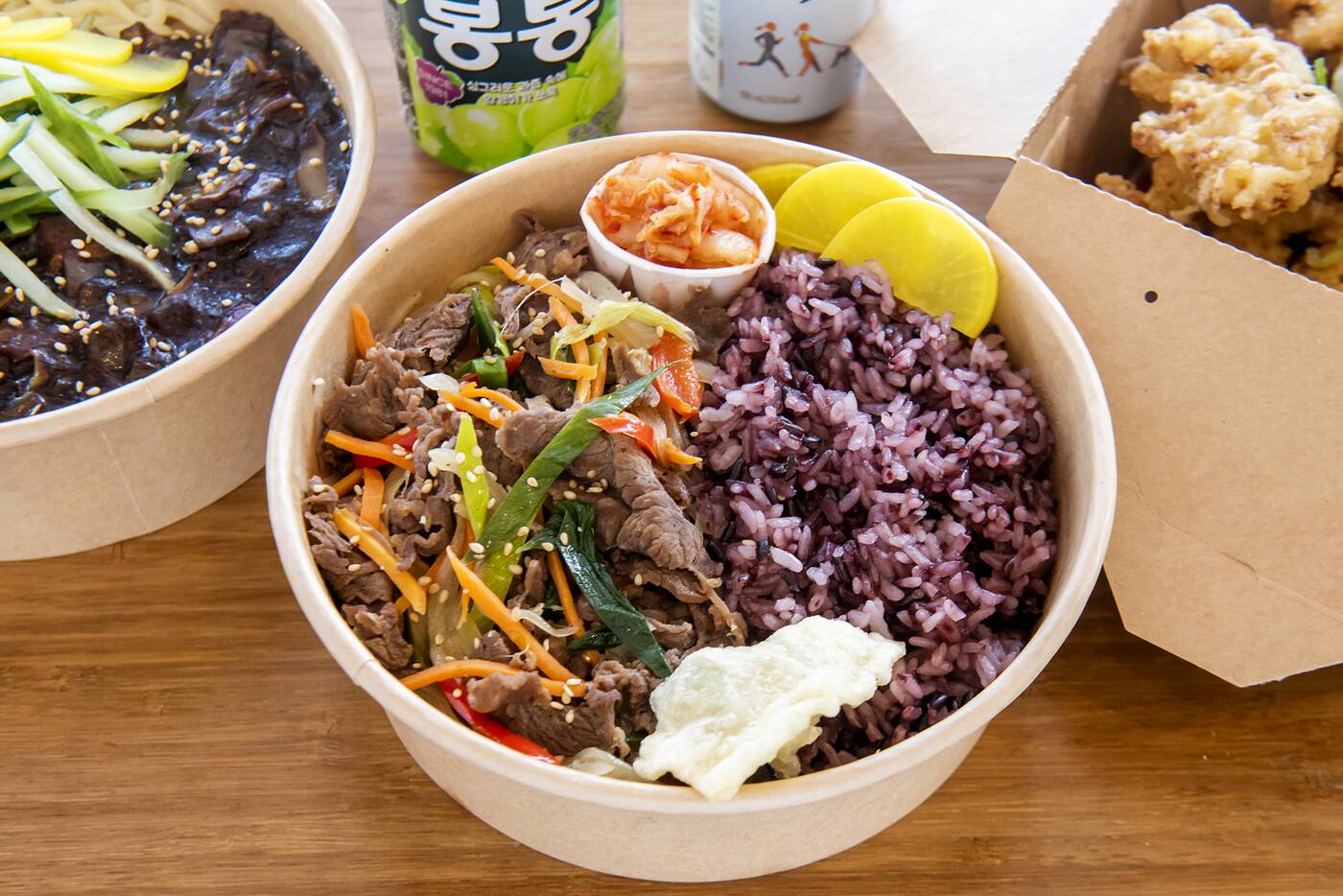 Other features on the menu are rice and noodle bowls. The Bulgogi ($11.95) is served with Korean-style beef marinated in a garlic soy sauce with stir-fried vegetables.

Every rice bowl is served with purple rice, yellow radish, kimchi, and a fried chicken dumpling. 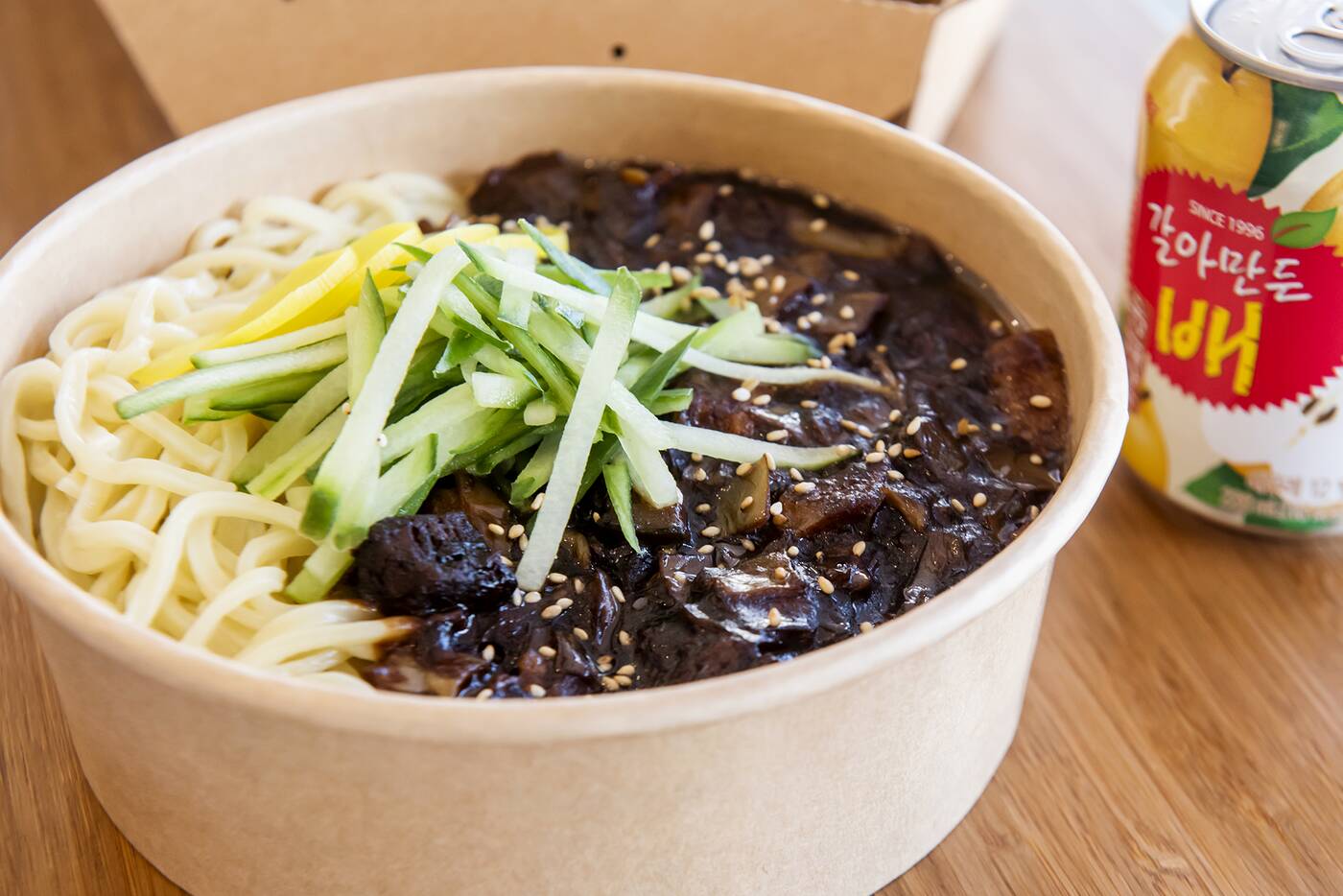 The Jjajangmyun ($9.95) noodle bowl with a sweet black bean sauce made with diced pork, veggies, and pickled radish is a dish Jane, Lee's 29-year-old daughter, says throws her back to her childhood.

Mama Lee's off Yonge and Harbour Street used to be home to a Feta & Olives location, but now draws in customers craving Korean recipes done right. 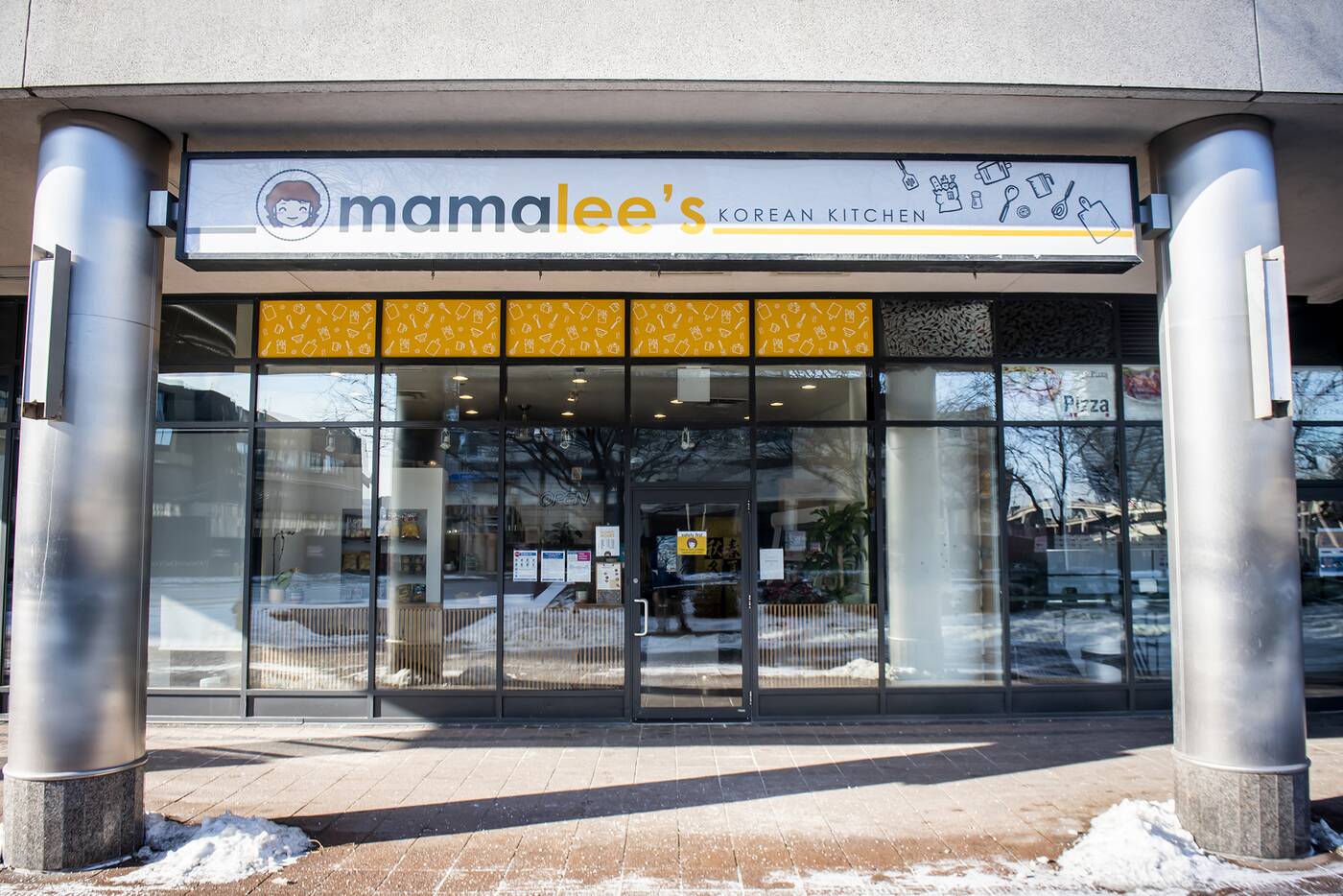