Magic Noodle on Harbord is all about fresh, hand pulled noodles served up in soups and stir-fries. This is the third location (the first downtown) from the popular chain of noodle houses that already operates in Scarborough and Richmond Hill.

The motivation to open in this neighbourhood was all about attracting UofT students, but inside on a weekday, the crowd is a diverse bunch hunched over bowls of noodles or patiently waiting at the door for takeout orders. 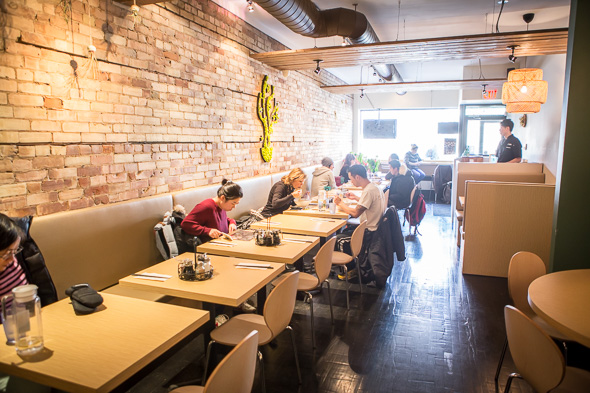 The eatery takes over the former Middle Eastern restaurant, 93 Harbord . It's a narrow but deep dining room employing warm woods, raw bricks, and tan-coloured banquettes. At the back of the dining room, the kitchen is in full view with the varied processes for making noodles on display. 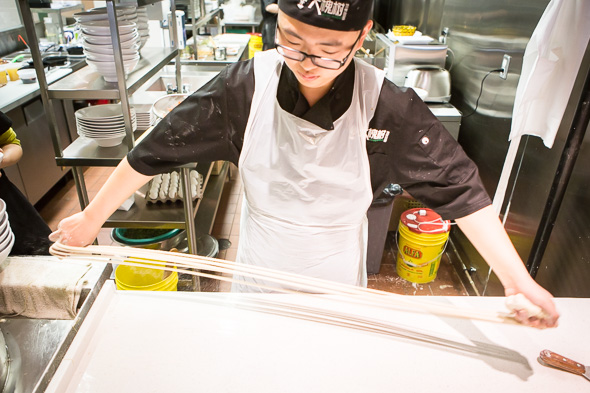 At one point I look up to see the noodles being stretched into ribbons. Another time, the noodles are being shaved into boiling water. Patrons can choose from seven shapes of la mian , hand pulled noodles ranging from ultra-thin silk strings to broad flat curtains. 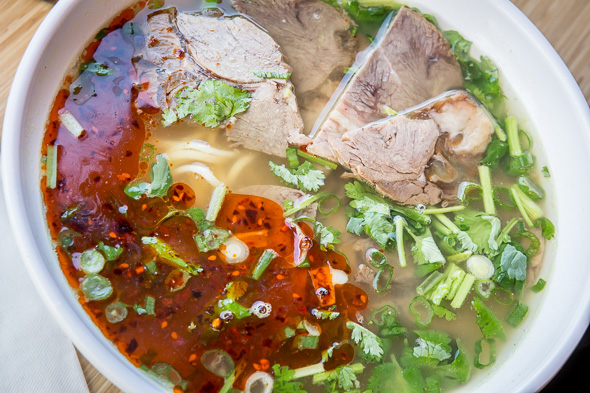 The house favourite is the Magic Beef ($8.99), a deep bowl of beef stock swimming with a choice of noodles and loaded with tender slices of beef, pickled turnips, cilantro, and scallions. Chili oil applied at the table gives the bowl its bright red hue, while also adding some serious heat. In this instance I've gone with the classic shaped noodles, round strands to which the soup clings as its slurped up. 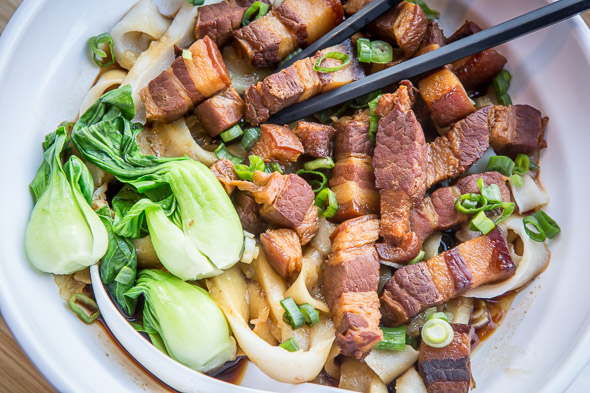 I also try the Pot Belly ($9.59) with daoxiao (shaved noodles) in a chicken and pork stock. This one comes loaded with loaded with chunks of braised pork belly, bok choy and scallions. The noodles in this one are irregularly shaped tendrils that are slightly chewy. They've absorbed almost all of the liquid in the bowl and with it, they've developed a ton of flavour. 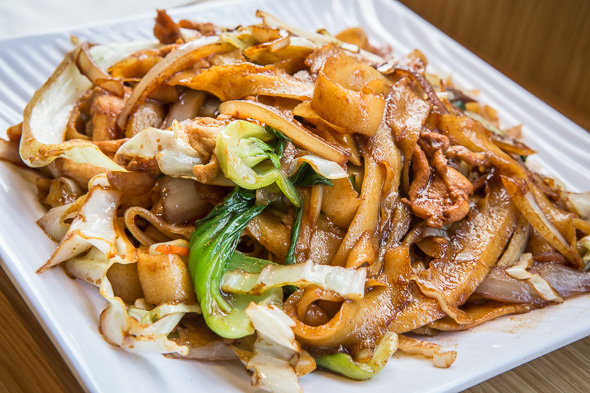 The Shanghai Friar ($10.99) is an example of the stir-fried dishes on offer. This one boasts a medley of chicken, cabbage and assorted vegetables with the same daoxiao as before. Here the noodles are slippery, coated in sauce but without soaking it in. 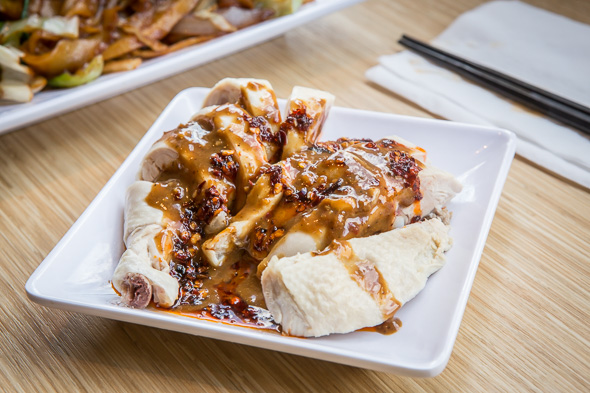 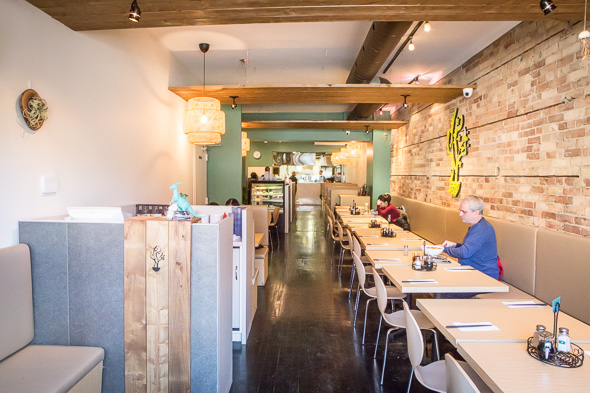 This downtown location is currently open from 11 a.m. to 11 p.m. but if it proves popular enough, it could potentially follow in the footsteps of its predecessors and stay open late-night (Richmond Hill is open until at least 1 a.m. nightly, while the Scarborough outpost is 24-hours).

Regardless, there are more Magic Noodle locations planned for downtown, meaning the fresh, hand-pulled noodles are soon to become ubiquitous in Toronto. 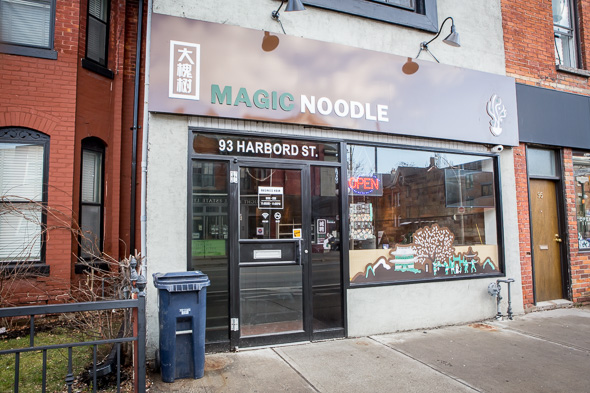