Lo Zingaro is the latest pizza joint to hit Queen West, but it distinguishes itself from the pack by offering a Roman-style pie. The seven-month-old restaurant houses 70 people and is divided into two cozy sections.

You'll notice the chairs here are actually comfortable and not just selected for aesthetics. It's clear they want you to relax and stay awhile, which is exactly what we did.

"I don't think Toronto is ready for Roman style pizza," says Lo Zingaro pizzamaker, Lorenzo Falcini. What is Roman pizza anyways? Well, it's thinner and crunchier than the Neapolitan version that dominates the mouths of Torontonians. You could also say it's less pretentious since it's not as strictly regulated for authenticity. 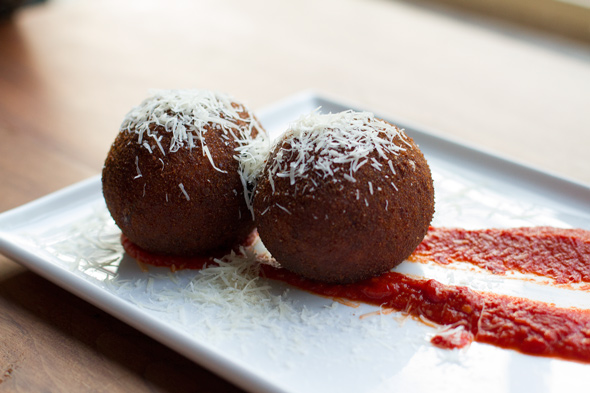 We start with the Suppli ($12), which is the Roman version of arancini. These massive deep fried balls are filled with mushroom risotto, fior di latte cheese and prosciutto cotto. But what really makes this dish stand out is the Carnaroli rice, which is much firmer and fluffier than standard Arborio rice. 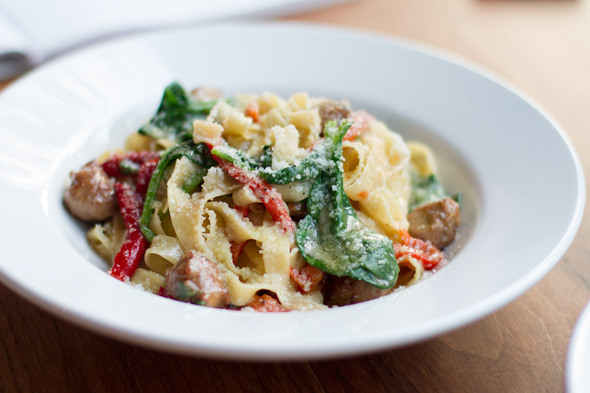 The homemade fettuccine with lamb sausage ($17) is refreshingly light, like a lot of pasta dishes in the motherland. The fluffy noodles are tossed in olive oil, baby spinach, roasted red peppers, and then buried with Pecorino Romano cheese. The dish might sound straightforward but most brilliant Italian dishes are. If anything, it's a refreshing change from all the overdone, overcomplicated pasta dishes around town. 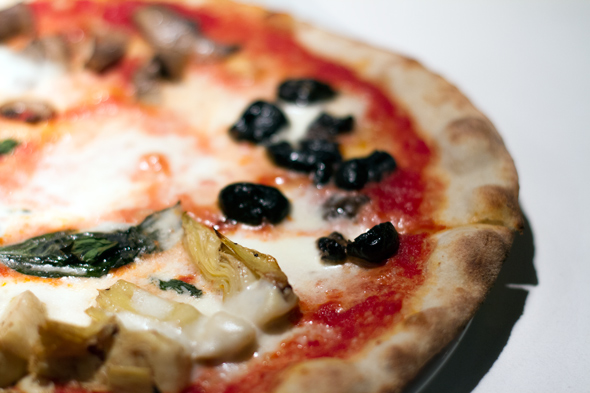 Now onto the pizza. This is, after all, a pizza place. We begin with the Pecorella ($18), which features spicy lamb sausage, spiced goat cheese, roasted red peppers, artichokes and baby spinach.

Again, this is not the soft, slightly chewy Neapolitan pie you might be used to devouring. These pizzas are crunchier and lighter, almost like biting into air. Surprisingly, the most interesting element of this pizza was the goat cheese bathed in paprika and chili flakes.

The Quattro Stagioni ($16) consists of San Marzano tomatoes, olives, ham, artichokes, mushrooms, and fior di latte that tastes so fresh, you'd think they milked a cow in the back. While it may sound like the toppings are overkill, they all magically come together. And if your mother or significant other is pestering you about not eating your vegetables, there's enough here for a daily serving. 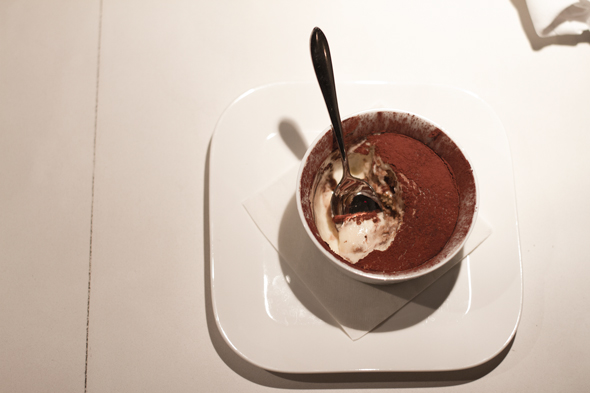 Things got really serious when the tiramisu ($8) arrived. The presentation is nothing fancy, but what does it matter? I'm here for taste and what I tasted was the best tiramisu I've had in a long time (sorry, mom).

The ladyfingers were perfectly drenched in a sweet mixture of Marsala wine, strong coffee and egg yolk, a key ingredient that many chefs crucially overlook.

The homemade panna cotta ($7) is no slouch either. Topped with fresh seasonal fruit (blueberries this time around), it has a lip-puckering tartness to it thanks to the lovely addition of lemon zest. 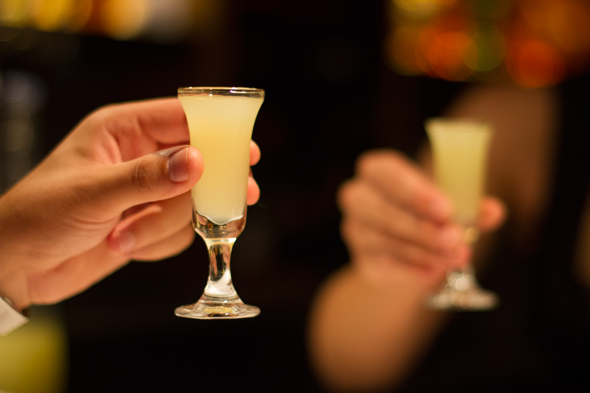 The store-bought version often tastes like sweetened dish detergent, whereas the real stuff tastes like the Amalfi Coast all bottled up. So be sure to order one after dinner, hell, even two.

It doesn't really matter if Torontonians are ready for Roman Style pizza because pizza isn't what Lo Zingaro does best. Disappointed? Me too, but I'm over it. I'd much rather come here for an honest plate of pasta and an affordable glass of vino. 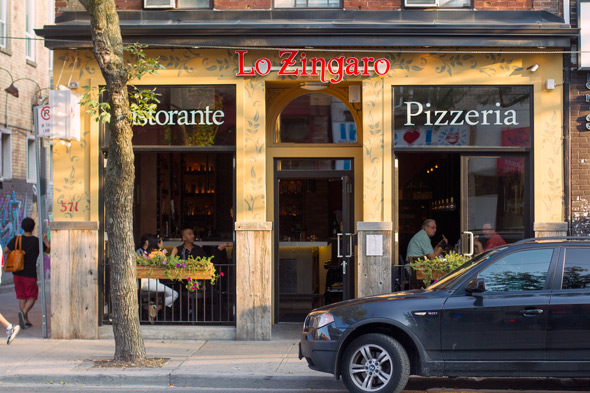