The Little Dog popped up a couple months ago in the former space of it's older sibling, The Big Chill, on Manning at College. This tiny joint doesn't serve the usual street meat but a tasty assortment of weiners all steamed rather than grilled or boiled. Steamies ...if you please. 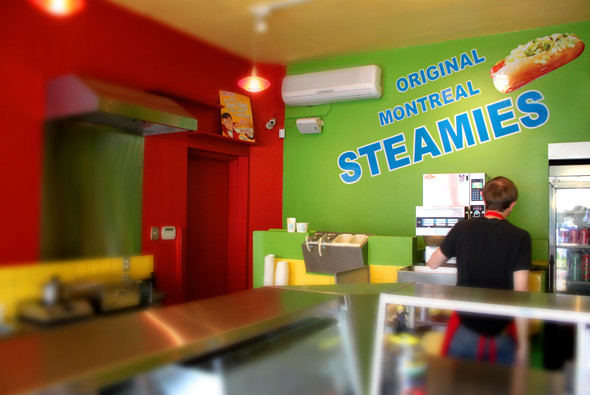 To be honest, I had to look up the term "steamies". It seems pretty apparent, I know, but I was only familiar with dirty water varietals. Apparently, steaming a dog locks in the moisture rather than grilling which would blister the casing, thus leaking the flavour. Hesitant by the sound of the term at first, I'm surprised to say there's a difference in taste for the better. 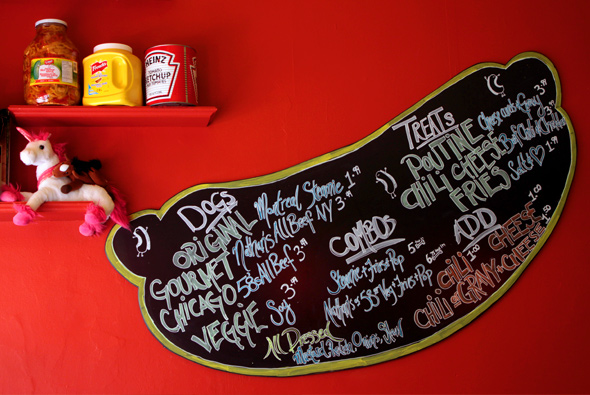 Now to the dogs. They offer four types: Montreal's Lester's ($1.99), NYC's Nathan's Famous ($3.49), Chicago's 58's ($3.49), and a Veggie option ($3.49). I topped the Lester dog as All Dressed which includes mustard, relish, onions and slaw. It's the smallest of the bunch but thee classic snack, bringing back memories of the kind of hotdogs growing up. The 58's flavour reminded me of a ballpark frank which I find a bit too salty. Definitely, the most bang for your buck, with the dog extending beyond the bun. 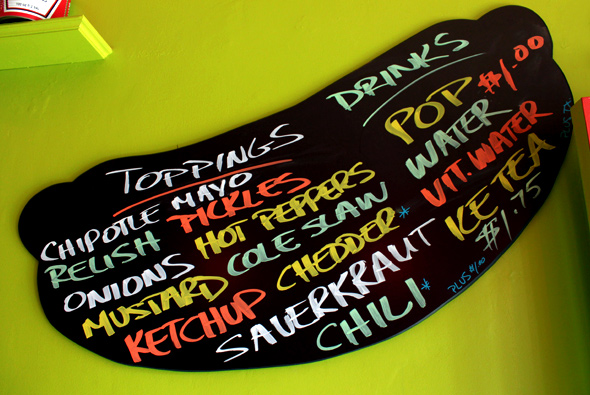 But for me, I was happiest to see Nathan's on the menu! Reminiscent of my college years in New York, I would take many a trip to Coney Island to eat at Nathan's and take a spin in the Tilt-A-Whirl. Plump and tender, Nathan's for the win! 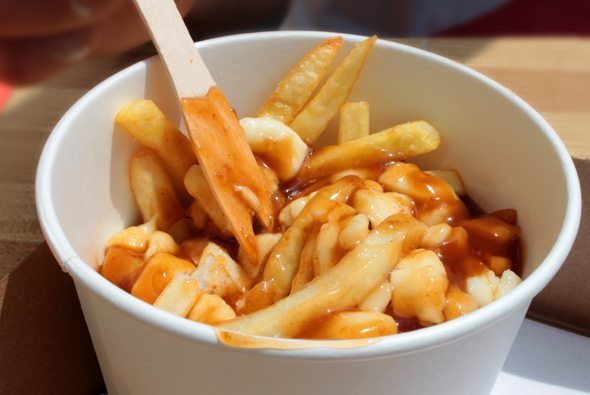 For sides, we went with the chili cheese fries and poutine (both $3.99). The poutine was a decent size for the price, topped with tasty curds and a chicken based gravy, tasting very similar to St-Hubert's brand. Chili was solid and probably a great topping on the dogs. I only wish the fries were thicker cut and not shoestring to hold up the gravy and the chili. Since we were in Little Italy, an ice cold Brio washed it all down.

Afterwards, we walked next door to The Big Chill for a scoop of ice cream. A symbiotic relationship benefiting from the recent hot summer days, encouraged by the large area of outdoor patio seating. The Little Dog is open til midnight on weekdays and until 1AM on weekends. A good option for a nostalgic lunch or when you stumble home drunk late at night. 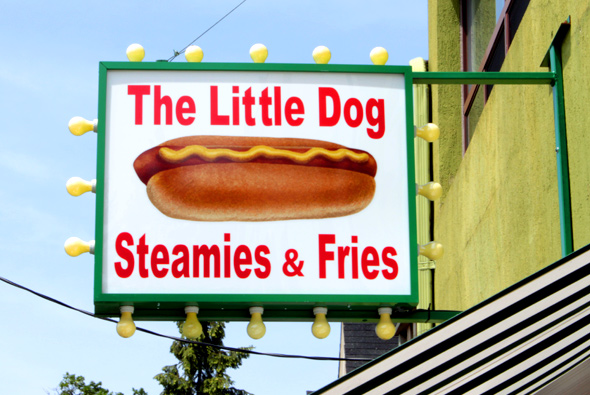