Lickadee Split is the quintessential mom and pop ice cream shop. Opened about seven weeks ago by Hresa and Andreas Chatziargiriou, the new parlour sits on Coxwell Avenue just south of O'Connor Drive in a little area known as " Olde East York Village ." 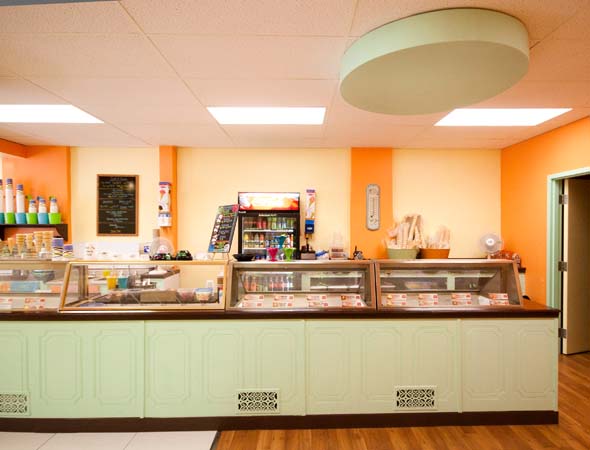 Everything about Lickadee Split seems to say "kid-friendly." The first thing I notice walking up the block towards the shop is its rows of outdoor seating; adult chairs on one side, colourful kiddie plastic chairs on the other. I stride past the ice cream cutouts in the window and enter the shop, where Hresa is preparing a pair of sundaes for some starry-eyed, pint-sized customers. 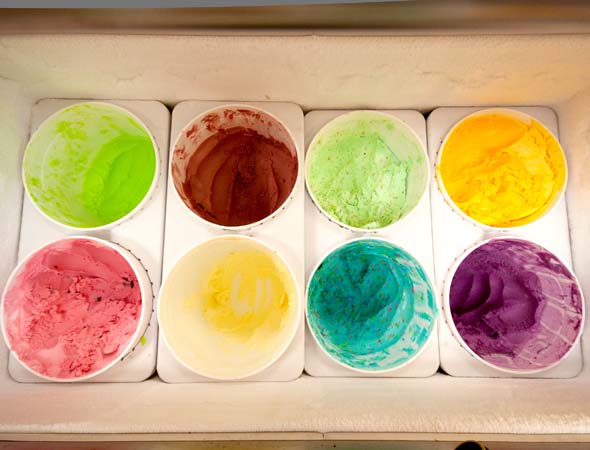 When they skip happily over to a table, Hresa and I grab one by the little chalkboard wall and she tells me how she suddenly found herself behind an ice cream counter after never before working in the business. 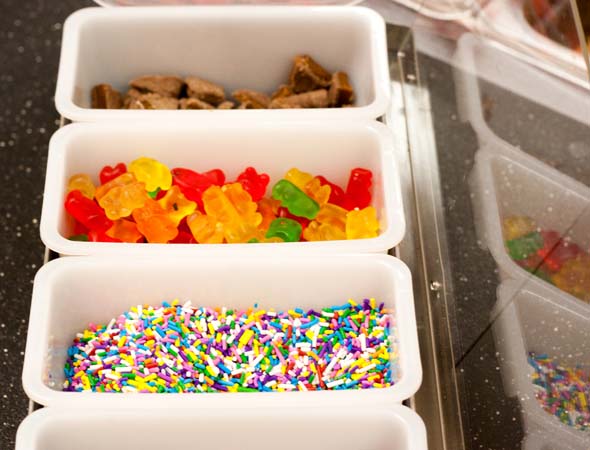 "My husband and I both come from entrepreneurial backgrounds," she says. "I was doing freelance makeup for a while, we owned a restaurant, that sort of thing." Then, seemingly out of the blue, Andreas proposed ice cream. 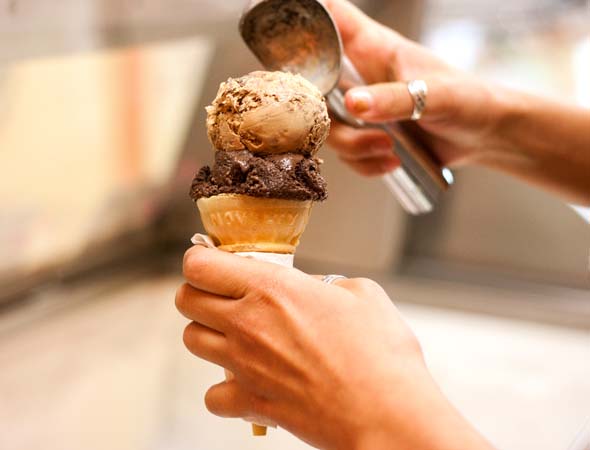 "He said, 'There's this ice cream-- Maypole --it's really the best.' He grew up with it and had been telling me for a while about it, and actually, I was really impressed." 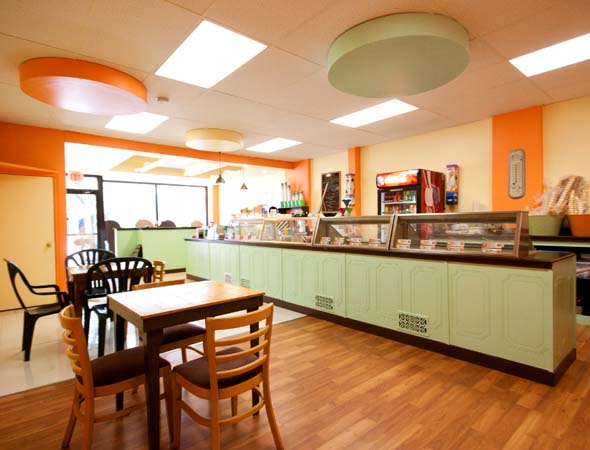 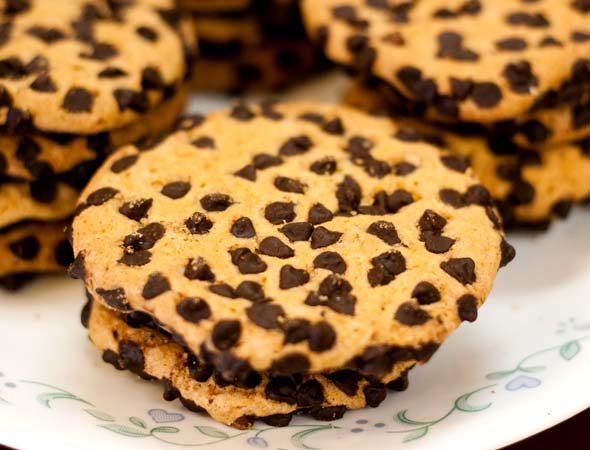 With so many choices I mull for a while, then decide to go for a small scoop of watermelon sherbet in a cup. The small scoop, however, turns out to be two generously sized scoops, but of course, I wasn't complaining. Whereas I find some sherbets to be sort of icy, this one was smooth and creamy with little bits of chocolate-covered toasted oatmeal ("watermelon seeds"). If it was socially acceptable, next time I'd go for a big, drippy Birthday Cake cone and go to town on that colourful chalkboard wall. 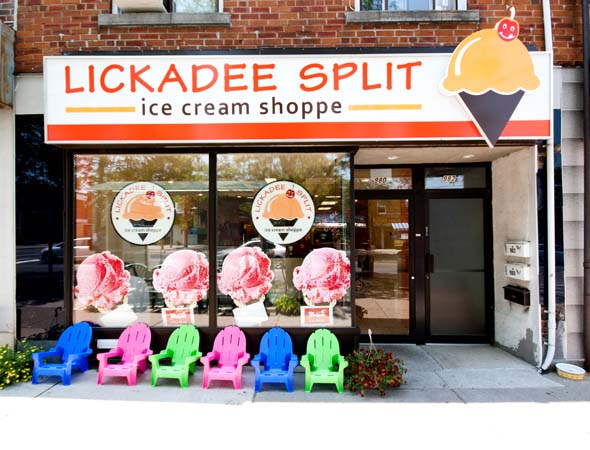