Libertad serves up a range of tacos and other Mexican-style fare. All tacos are served on locally made tortillas from their sister project Maizal.

A humble, shady patio has a small covered area but could use a little love. Come here for the tasty tacos on the menu rather than the atmosphere. 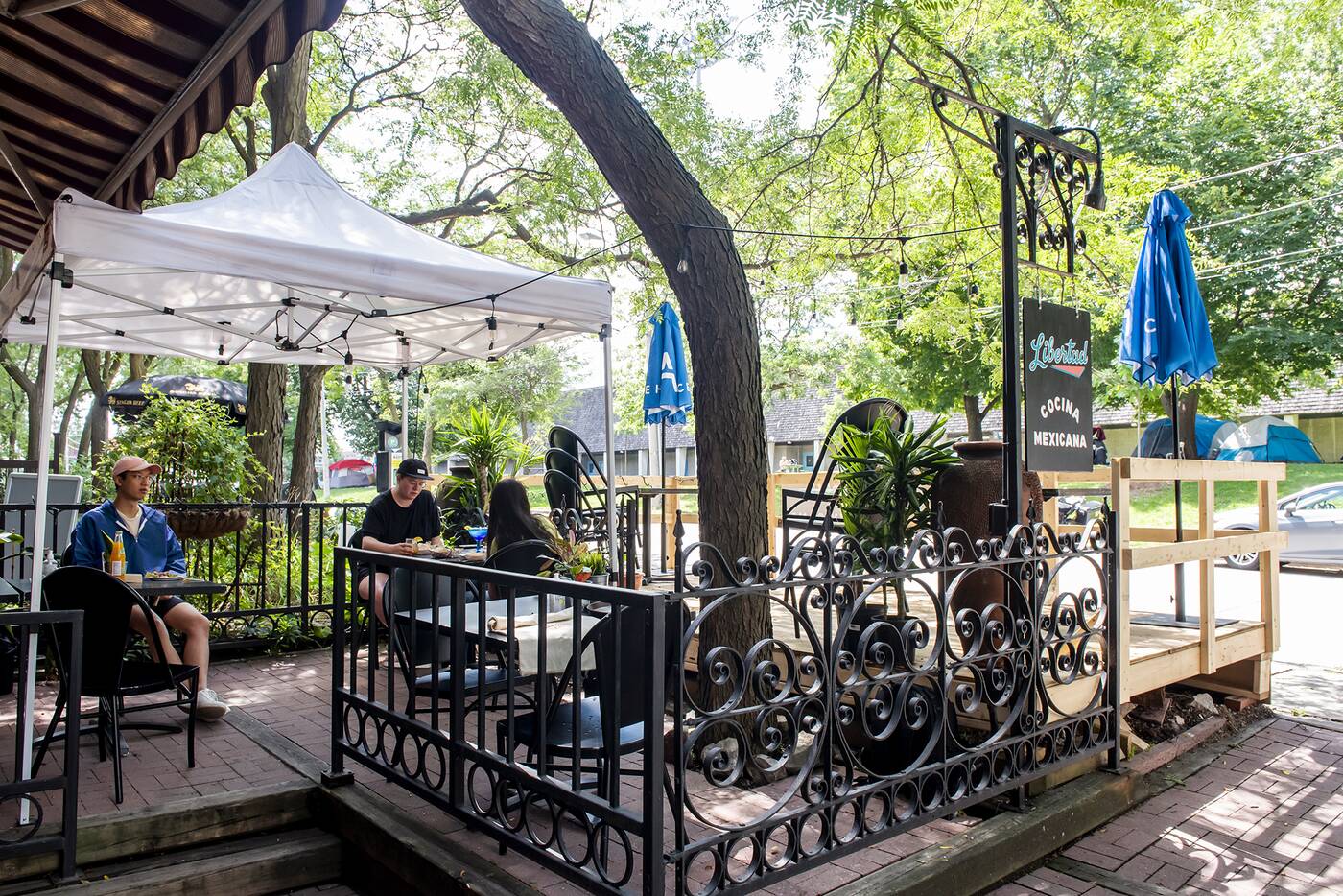 They're $5 across the board, a birria variety the most unexpected. For this taco, short rib is braised in a broth with three types of chilis for a few hours, though sometimes they use tongue, cheek, or brisket birria referring more to the stewed style of taco rather than the protein itself. 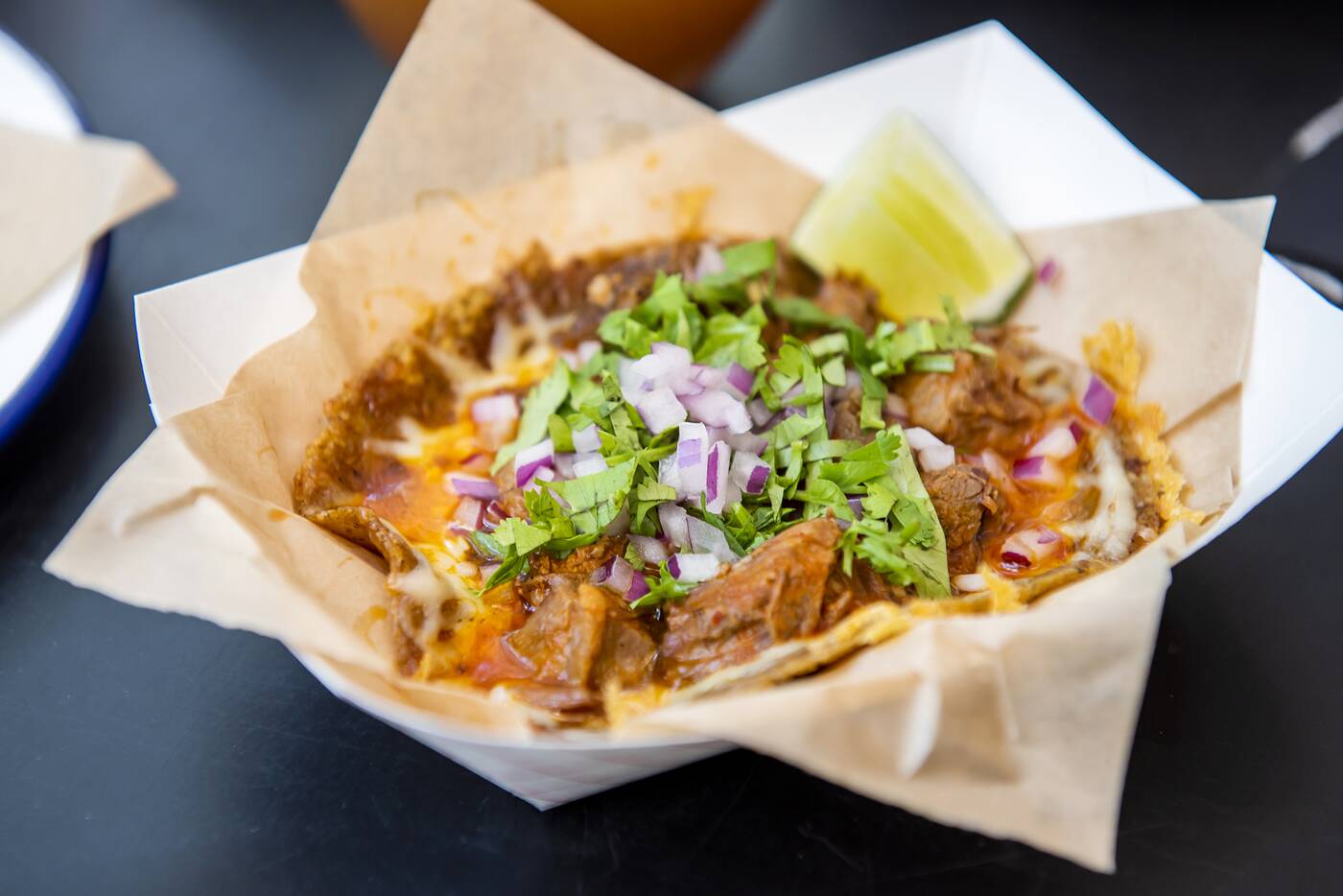 It's served on a sturdy tortilla griddled with cheese, as most are here, but what really makes this taco special is the way the tortilla is dipped in broth before frying so it becomes crunchy and permeated with smoky, mildly spiced flavour.

It's topped with an acidic vinegar-based sauce with tomato and two kinds of Mexican chilis. Most tacos are topped with cabbage, onion and cilantro, and served with a wedge of lime, and the variety of tortillas changes, so you could end up with purple, white or yellow corn.

Have napkins on hand, because this taco is super juicy, oily and drippy. 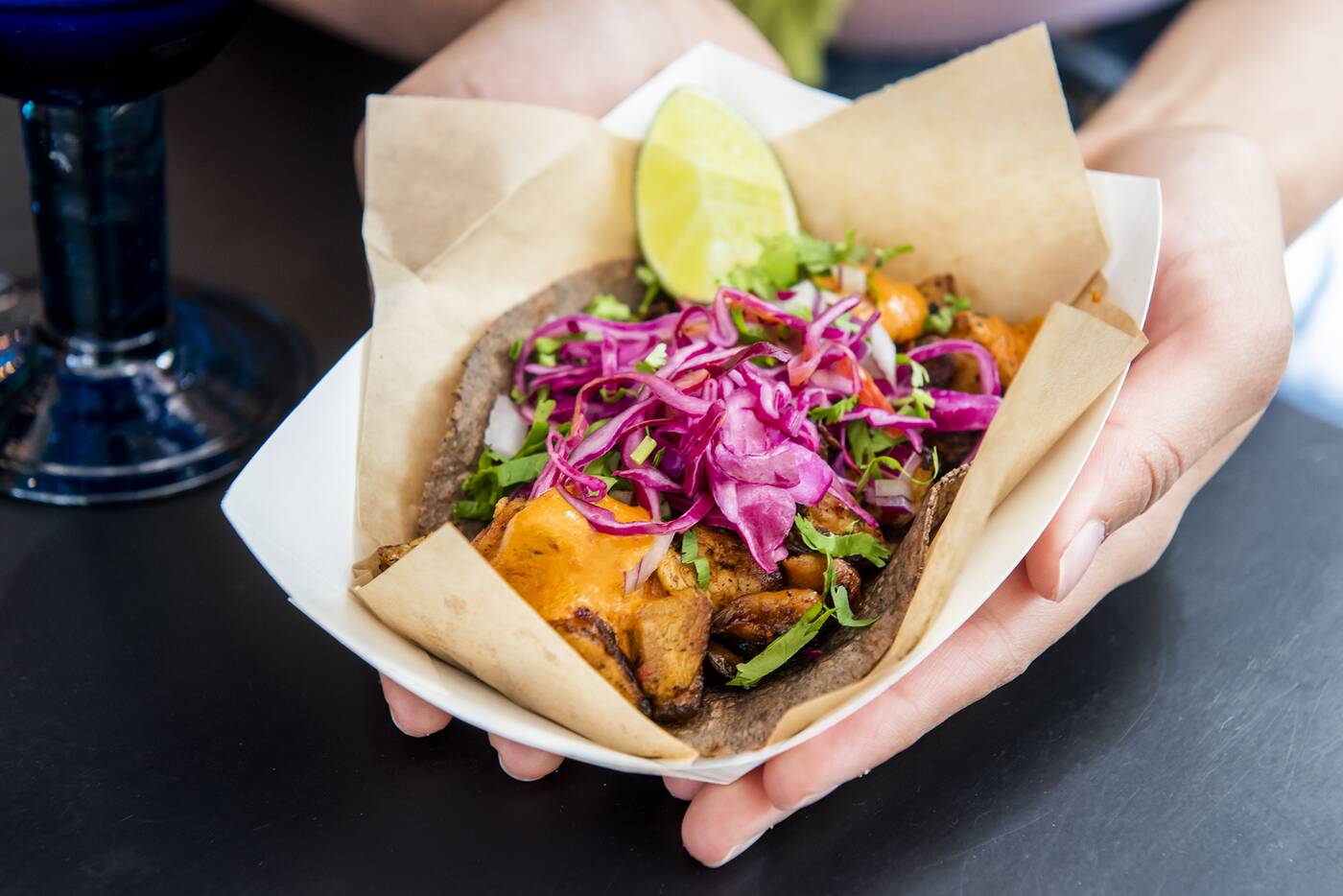 Pollo asado tacos have lots of smoky grilled flavour, and are topped with a chili cream. 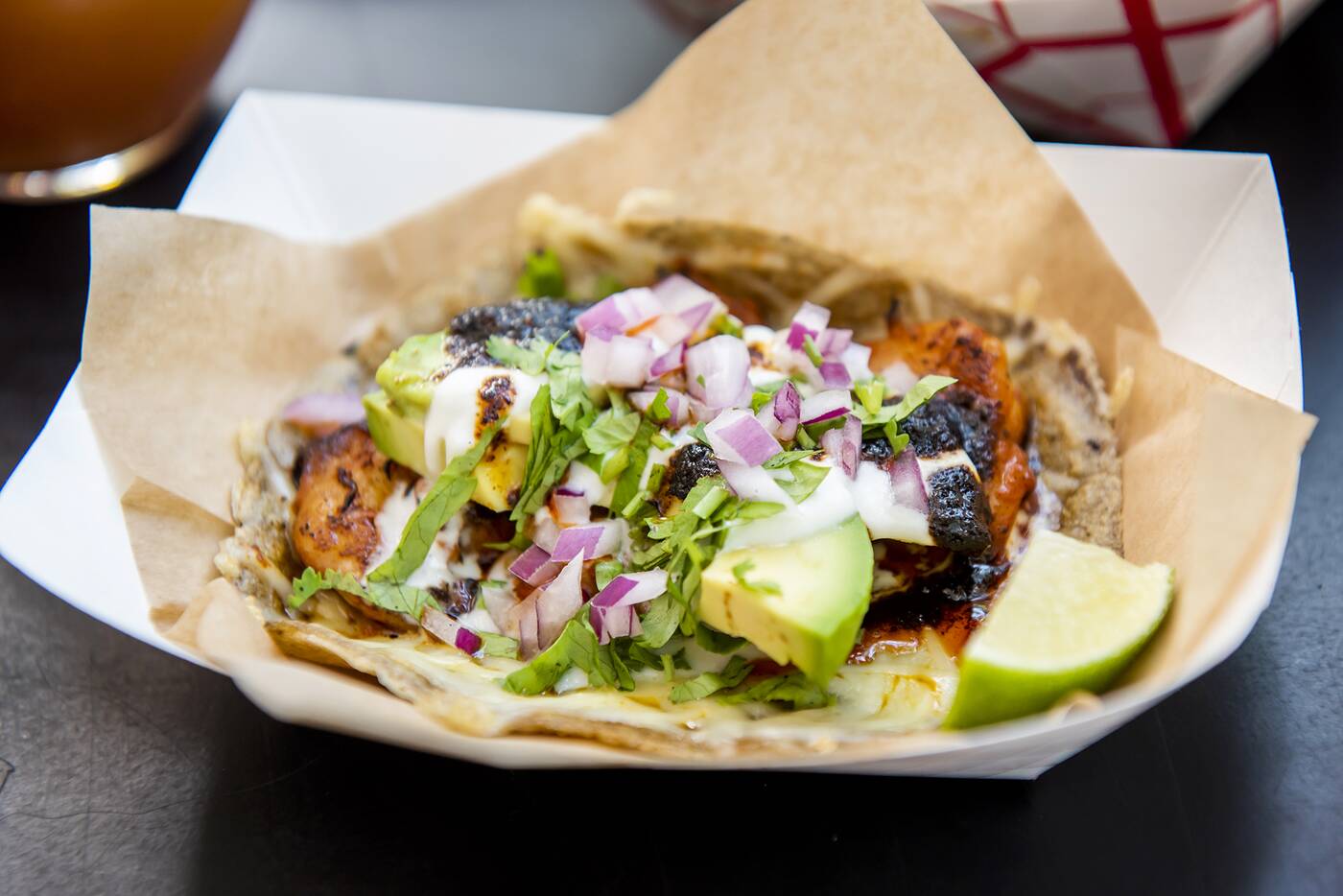 Camaron tacos are also a standout, very juicy and mildly spiced almost like the birria, topped with fresh, creamy avocado and a bold salsa negra. 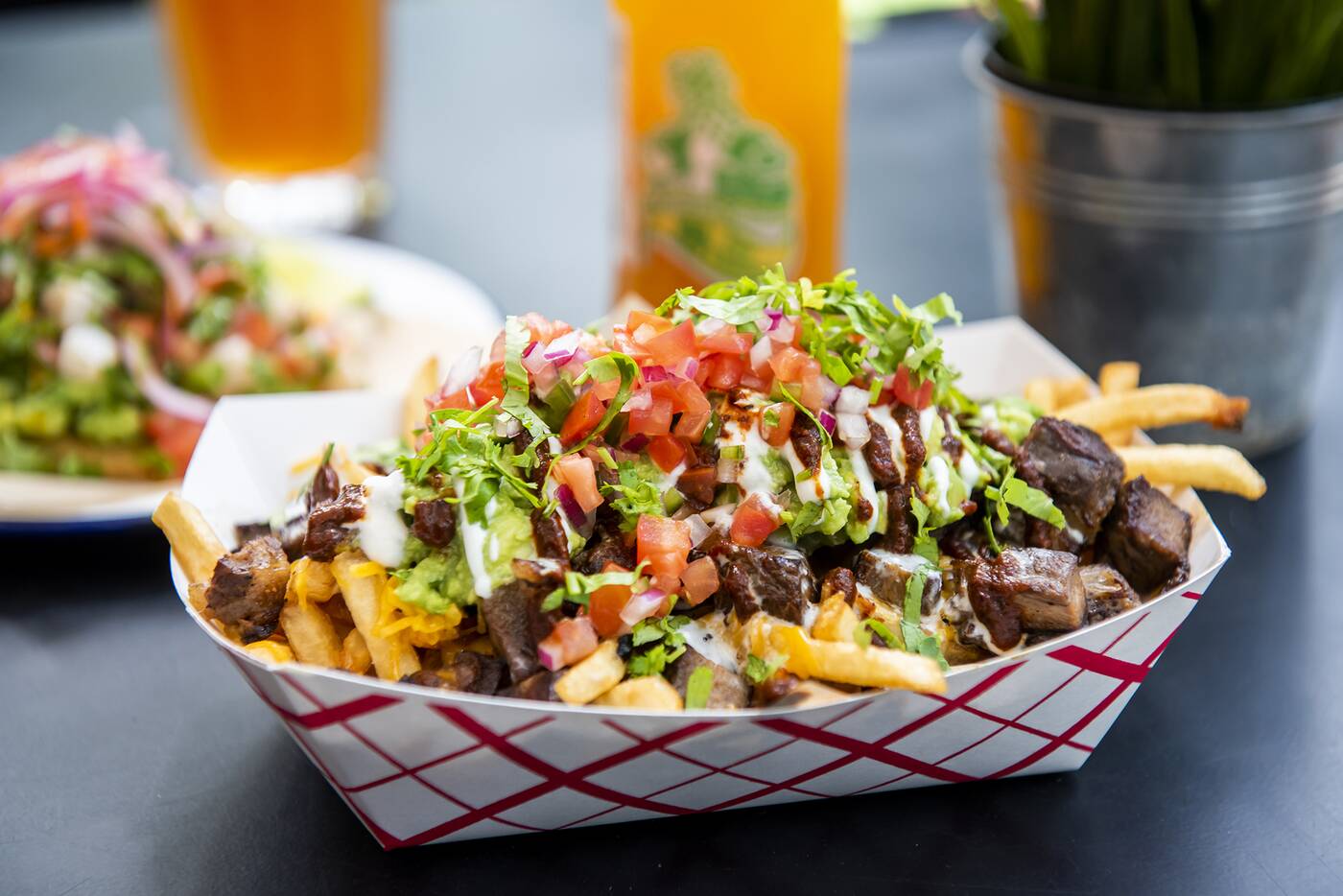 Carne asada fries ($13) are topped with ribeye that's marinated in salt and pepper, grilled, diced, marinated again in ancho, orange juice and garlic, then grilled again so it's super crunchy and caramelized on the outside with a robust flavour. 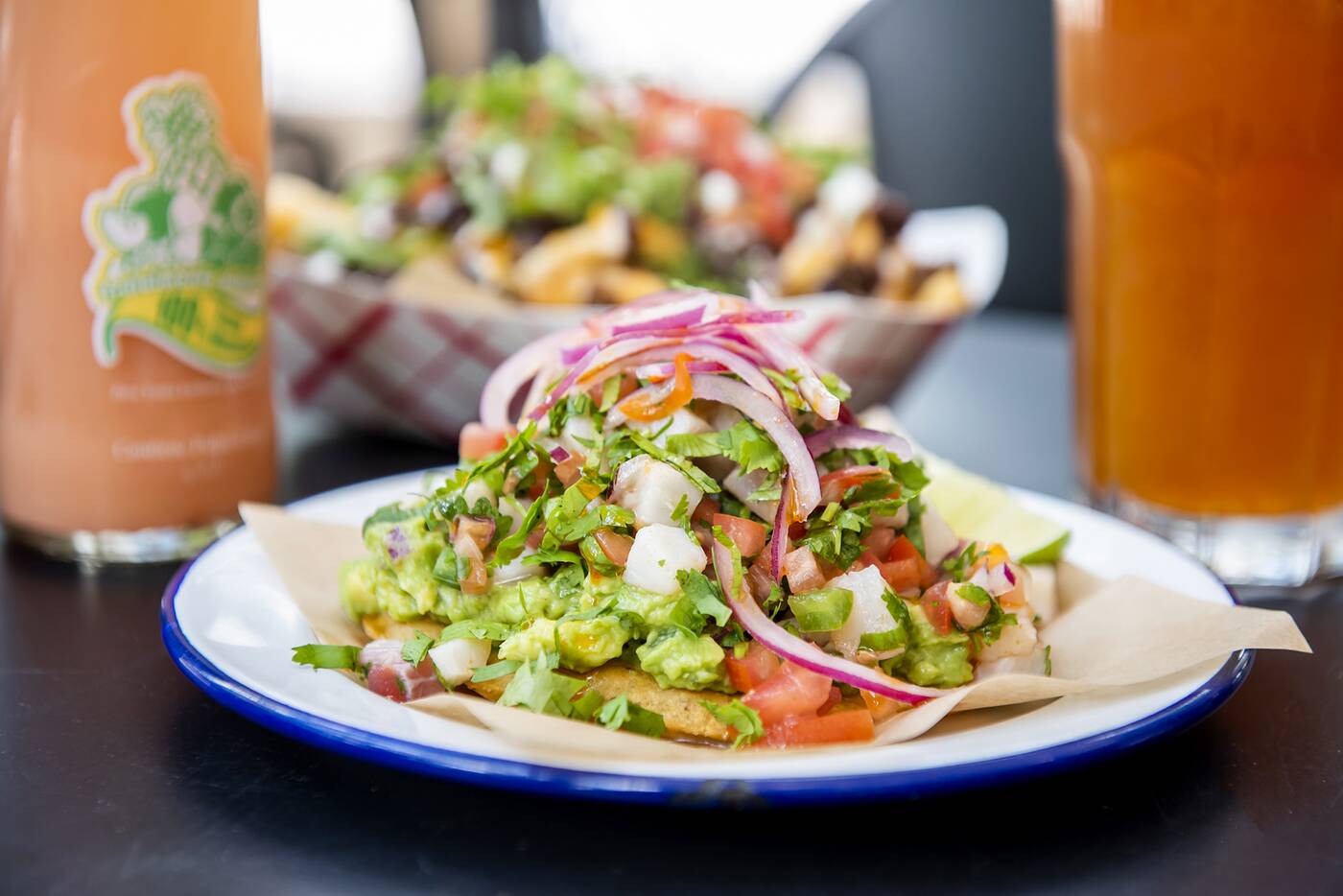 A tostada de ceviche ($8) is an appropriate side or app, a crispy tortilla topped with diced fresh tilapia and shrimp, lots of guacamole and onion, and a little arbol oil. 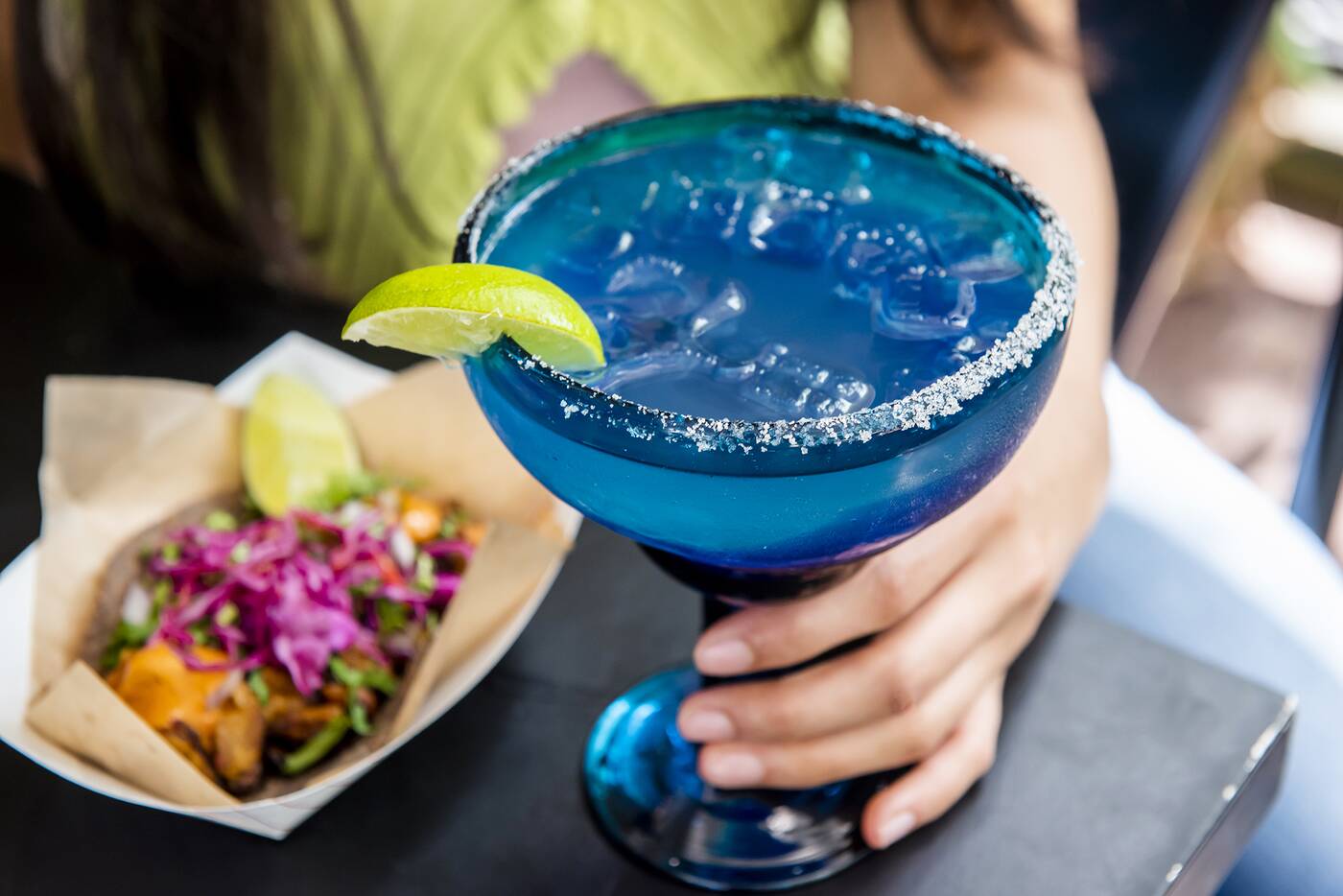 Classic margaritas ($13) are served in iconic-looking fish bowl glasses with lots of salt. 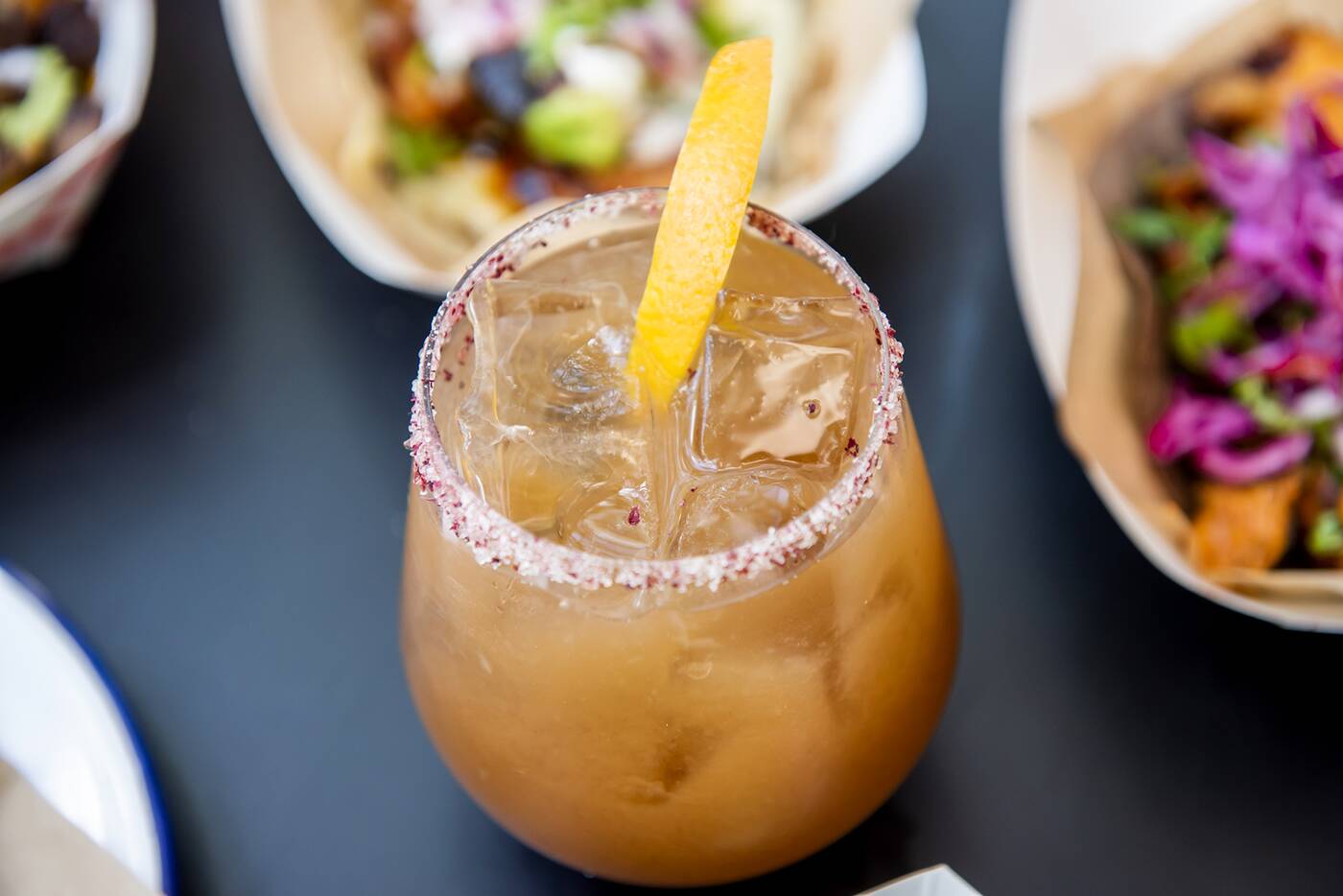 A mezcal tamarind margarita is a little more unusual and punchier, smoky thanks to strong mezcal that slightly overpowers the sweet tamarind. 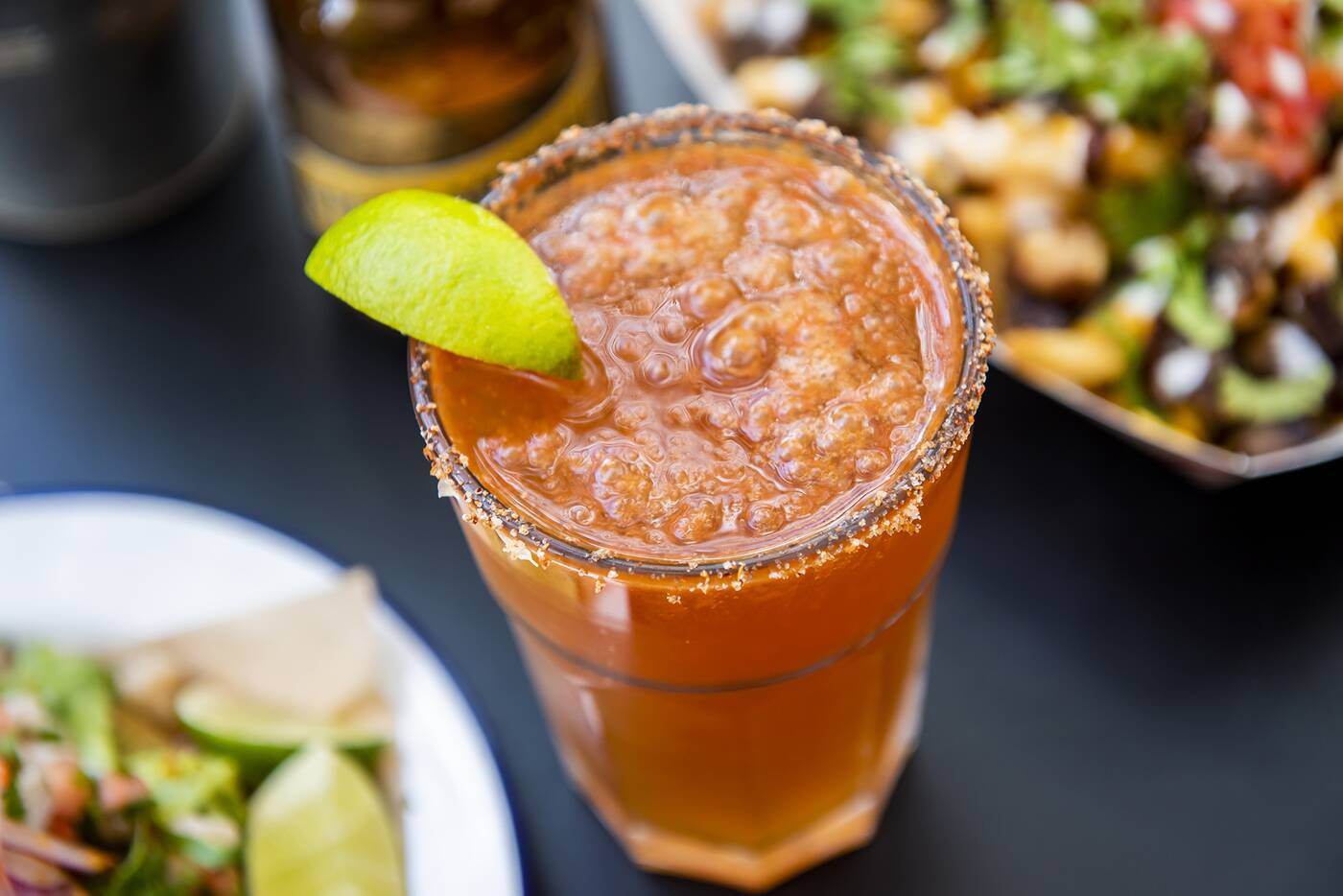 A michelada ($8) is a traditional cocktail that's a little like a Caesar made with Modelo beer instead of vodka with a spicy rim. It's lower in alcohol content, but very flavourful and refreshing. 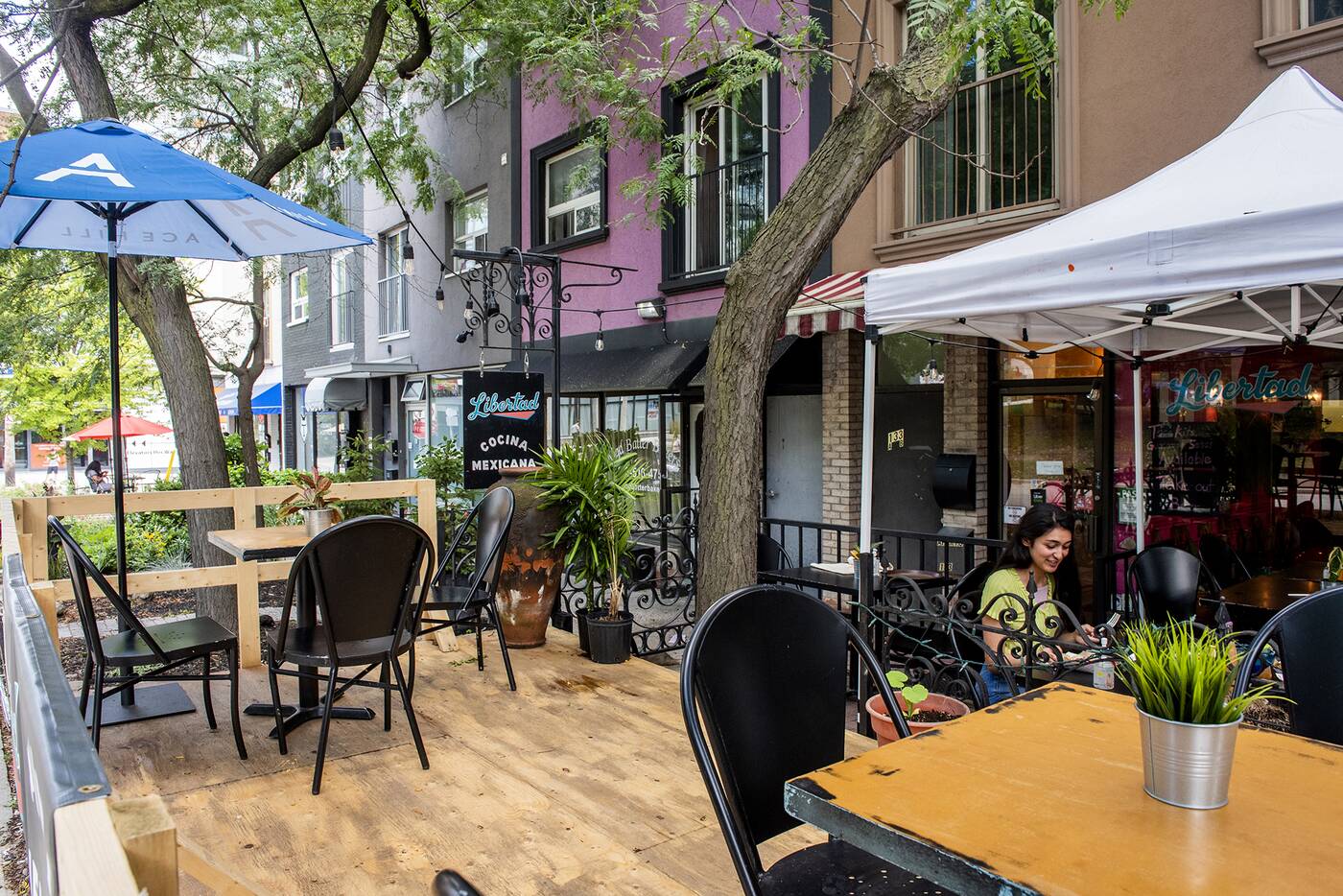 The big flavours found here more than make up for a smaller, sparsely decorated patio. 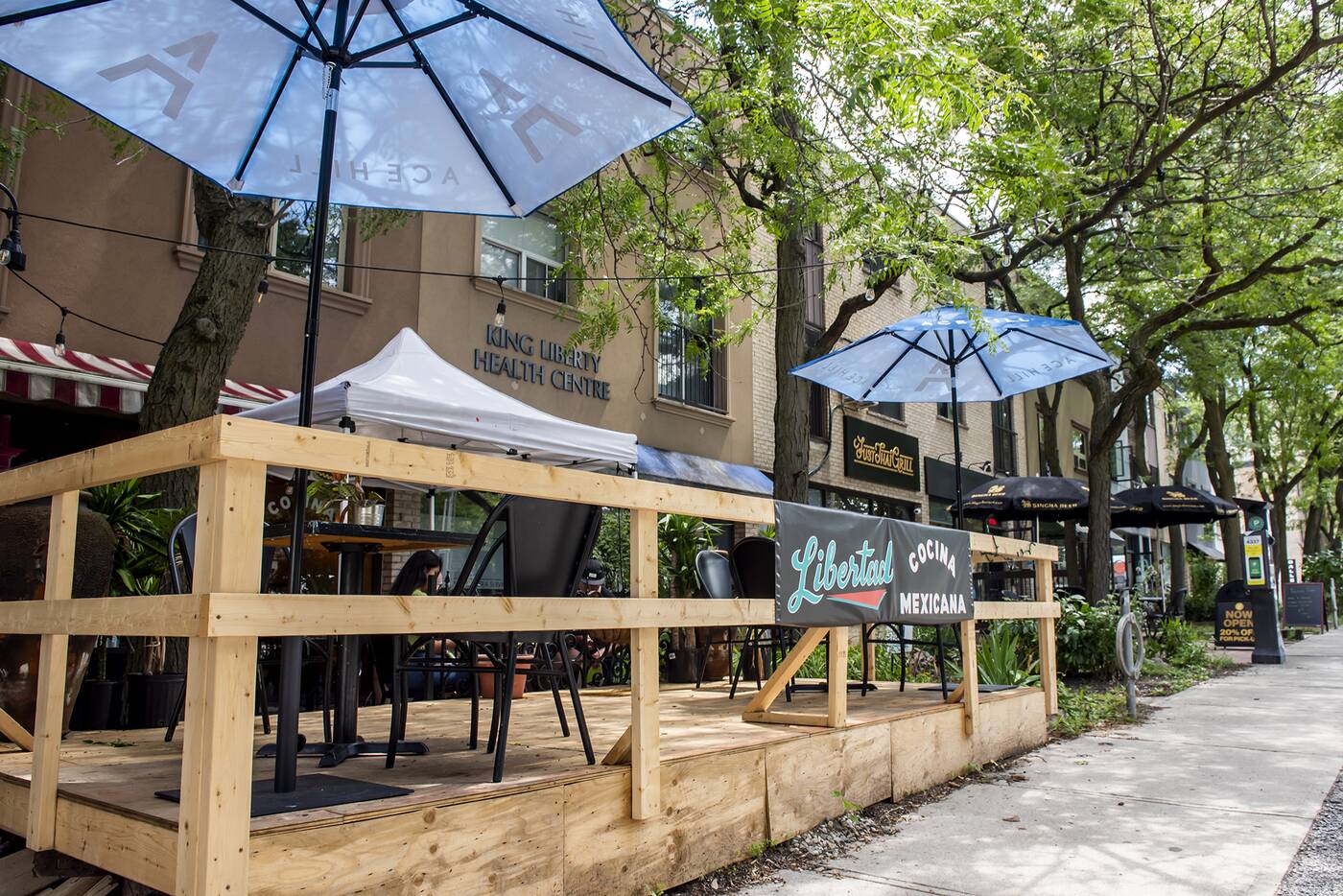