Let's Be Frank has taken over the space formerly occupied by dingy punk bar 460 at Spadina and College. It's now been revamped into a hot dog bar and sit-down restaurant, with a liquor license and 3am closing time on Fridays and Saturdays. Nestled between the El Mocambo and Castle Board Game Cafe , it's a welcome addition whether you're looking for an after-party snack or have just finished a six hour Magic the Gathering tournament.

What was once a food truck , turned King St. West pop-up, now consists of a bar, tables, and booths sandwiched between a white brick wall showing off a wiener dog mural on one side and black walls with a large chalkboard on the other. Summer, if it decides to make an appearance, will allow them to open the garage door to Spadina and organize their front and back patios. 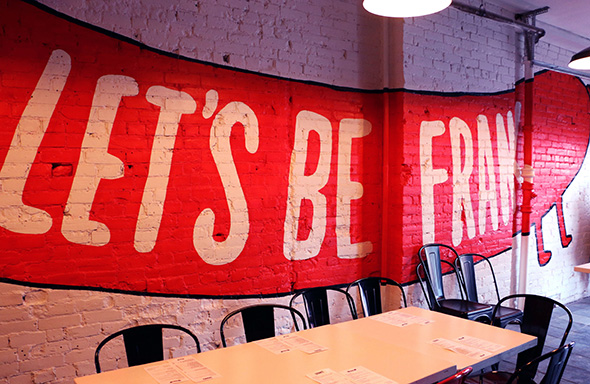 The menu is a selection of specialty hot dogs and pub-inspired sides. The dogs themselves are all Nathan's Famous, admirably juicy atop soft Silverstein's buns, and come in three sizes - 3.5" slider, 6" regular, and 8" big dog. The restaurant's must-try dish is the Katsu dog, which features a crispy panko-crusted, deep-fried exterior with drizzled stripes of sweet katsu sauce, a wasabi mayo-covered bun and sprinkled green onions ($3.49-7.95). 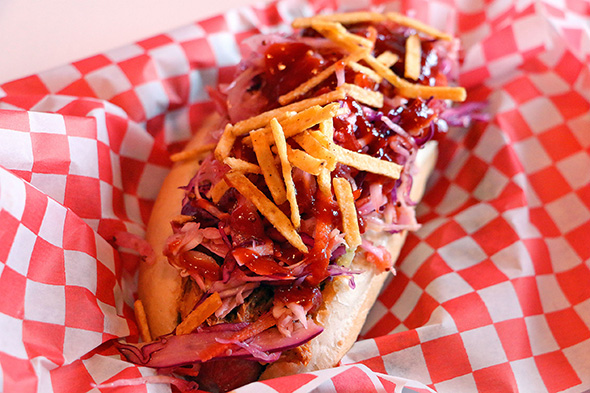 In a close second is the Pulled Pork Po-Boy with slow-cooked pulled pork, a mountain of coleslaw, sprinkled with crunchy hickory sticks and tangy BBQ sauce ($3.99-8.95). The Mac Daddy ($4.49-9.85) features a covering of creamy macaroni and cheese, with sauce made in-house which you can also have with their chili cheese fries or as a mac & cheese without the dog. The flexibility is noteworthy - they'll add a fried egg, bacon, or kimchi to whatever you want. 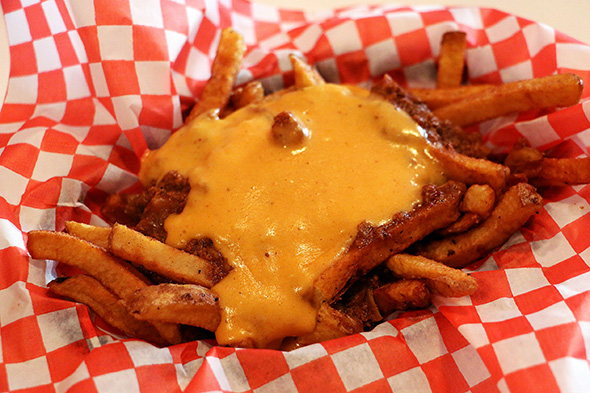 The Poutine Dog ($3.49-7.95), however, misses the mark. Let's be Frank claims cheddar cheese curds, but they melted into a soggy, flavourless mess - not a squeak did they make. Even if you're okay with the cheese and sacrificing traditional poutine sauce for their "hot dog gravy," there's no connection between the fries on top and the hot dog underneath. You'll quickly be left with a plain hot dog, wondering if you should leave it or add ketchup. 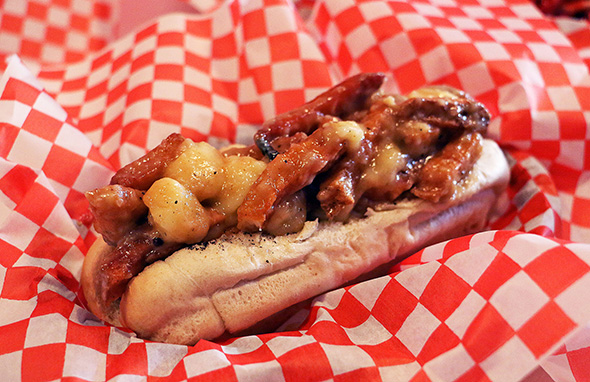 Dessert also leaves something to be desired. The Ivana Banana Dog ($4.49) is a mush of lightly fried banana with peanut butter, jelly, and Nutella smeared in a cold hotdog bun. It's possible that a healthy dose of booze might make this appealing, but I wasn't so lucky on the night I stopped by. 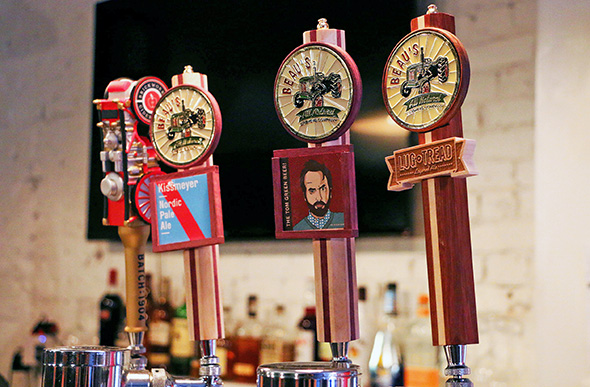 With attentive service, $5 BYOW corkage, and Bring Your Own Vinyl days, I'll be back to enjoy their laid-back ambience and try whatever they come up with next (just no poutine dogs for me). 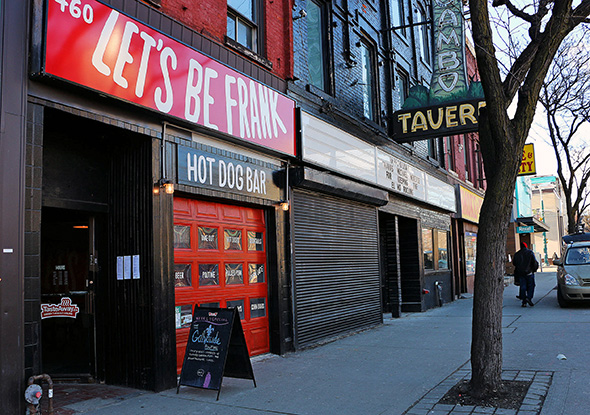 Writing and photographs by Erika Simon