Leela Indian Food Bar is the more laidback version of the first location in the Junction with even more Indian street food and snacks on the menu.

Once Bombay Chowpatty serving up chaat favourites and flavours of Old Bombay, the restaurant nestled in Little India is largely inspired by dhabas or South Asian roadside eateries. 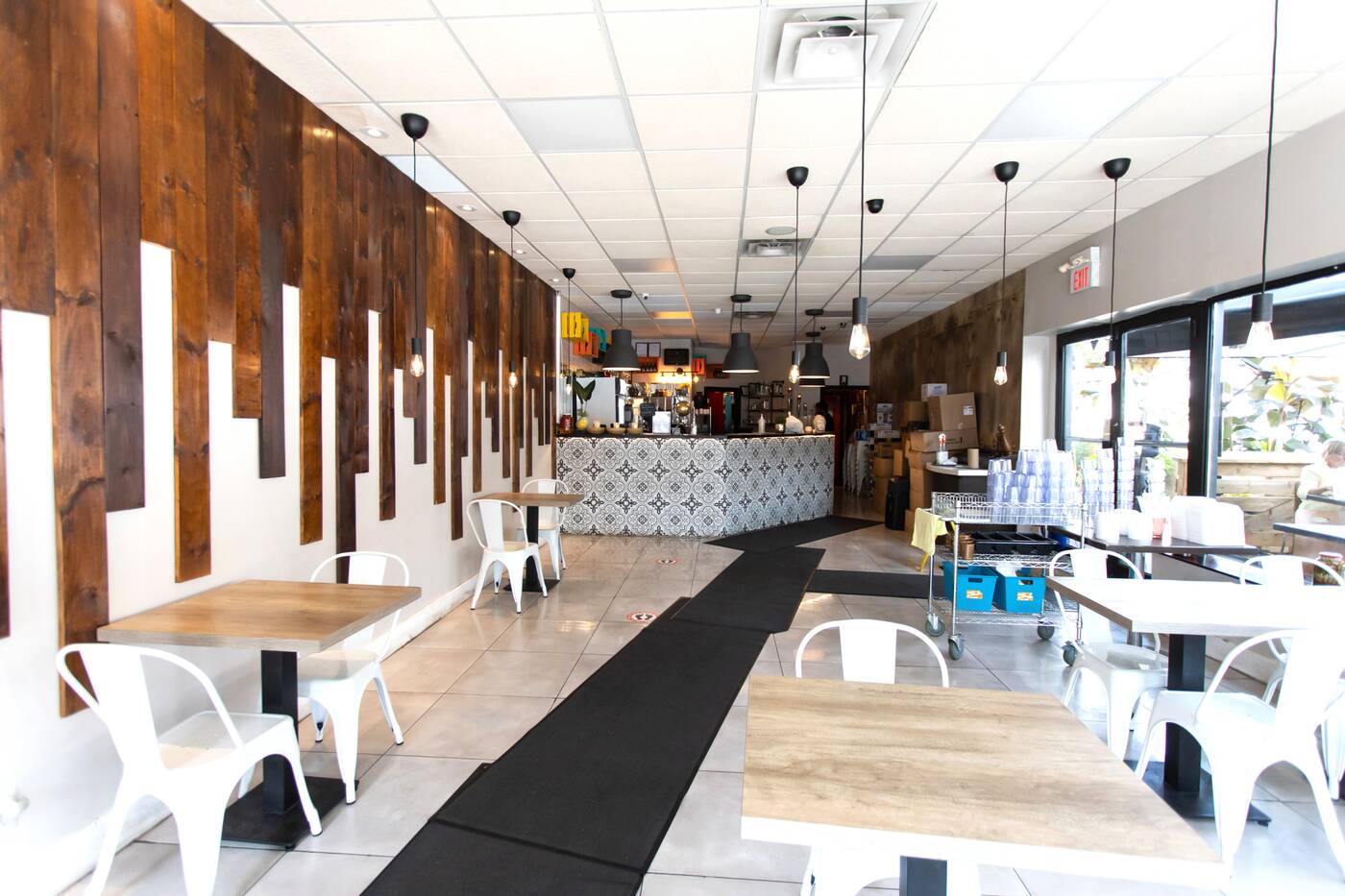 If you were a frequenter of the previous late-night food spot, you might recognize a few of Bombay Chowpatty's offerings still on the menu. That's because owner Hormazd Daver took over Leela Indian Food Bar from restauranter Hemant Bhagwani before expanding here. 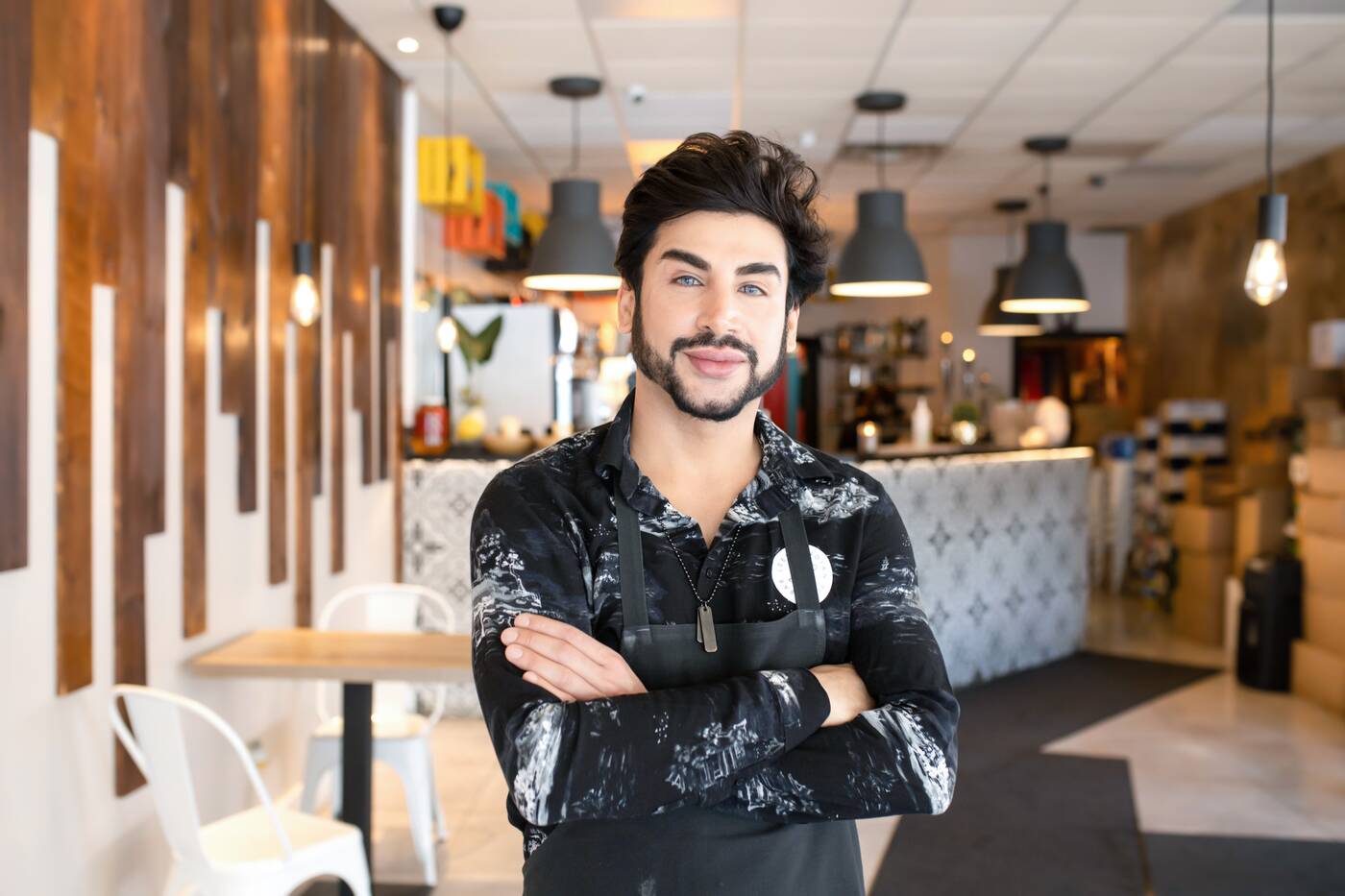 Daver transformed his original Bombay Chowpatty endeavour with help from his brother-in-law, who used to be a chef in the UK. Before he broke into the restaurant business, Daver worked as a flight crew member for Cathay Pacific airlines. 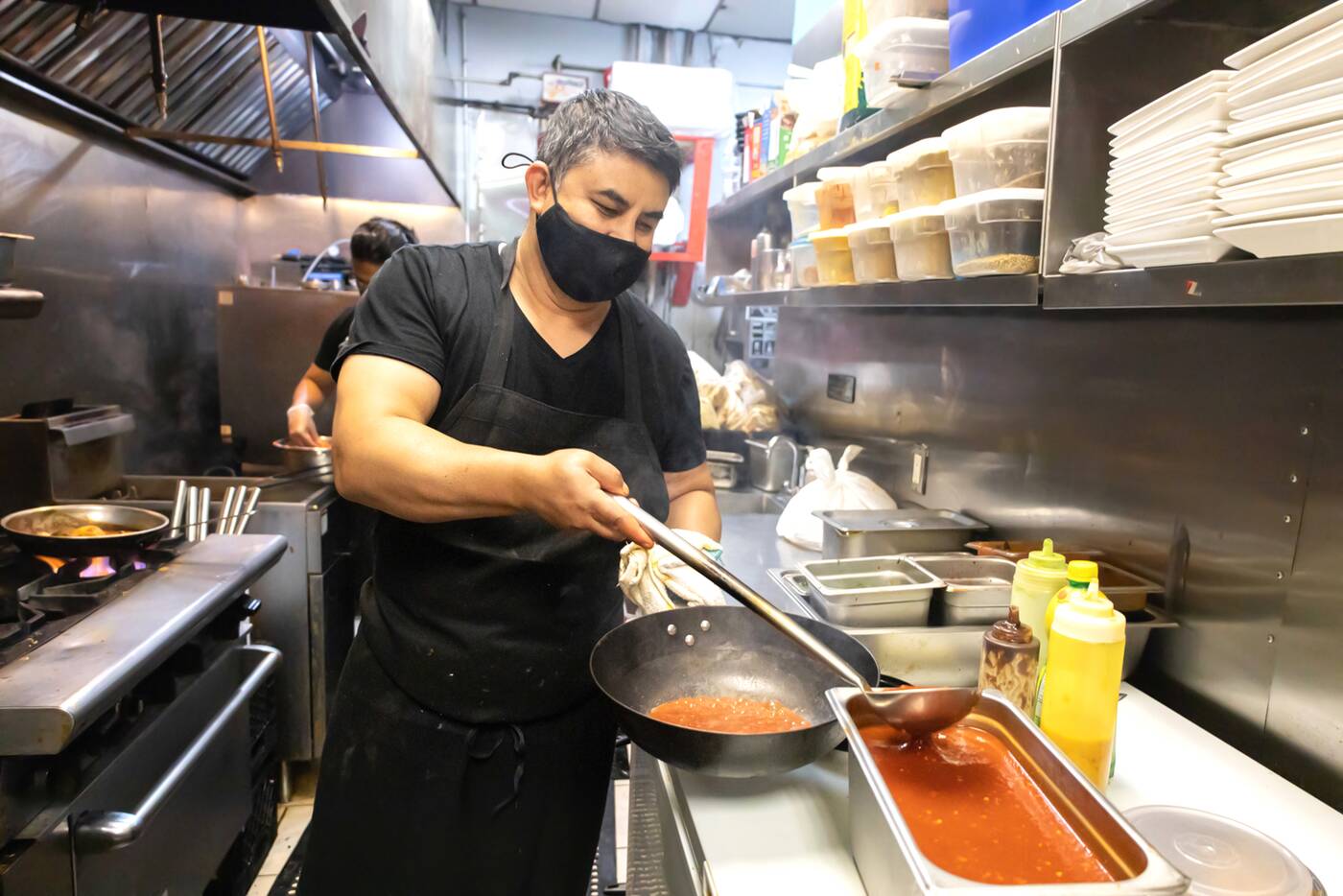 In the kitchen, everything is made fresh every day with Indian ingredients and spices in order to achieve the most authentic of flavours. 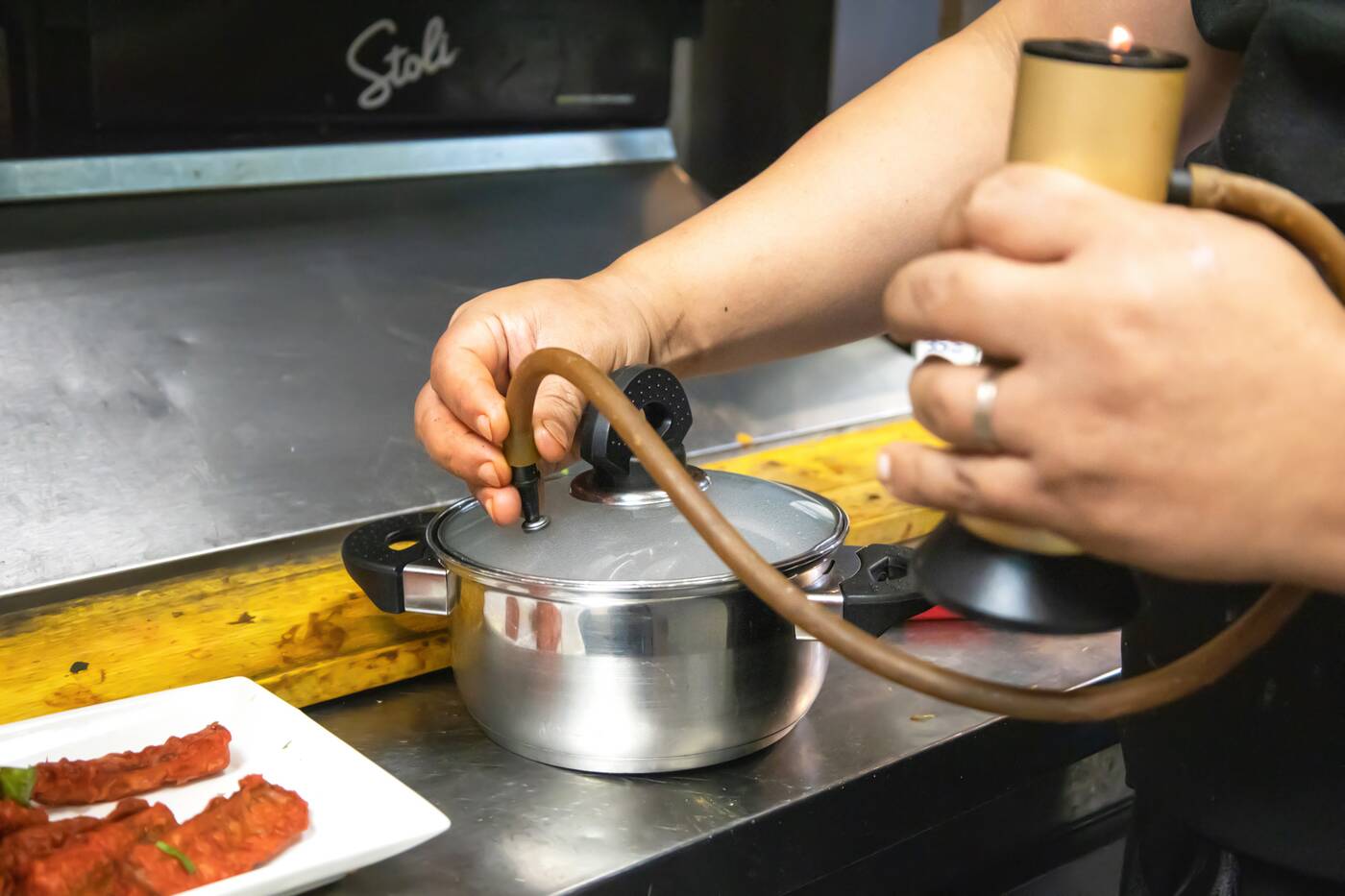 The butter chicken ($14.99) is prepared on the stove with melon seeds and fresh tomatoes and gets charcoal smoked once placed in the pot for serving. 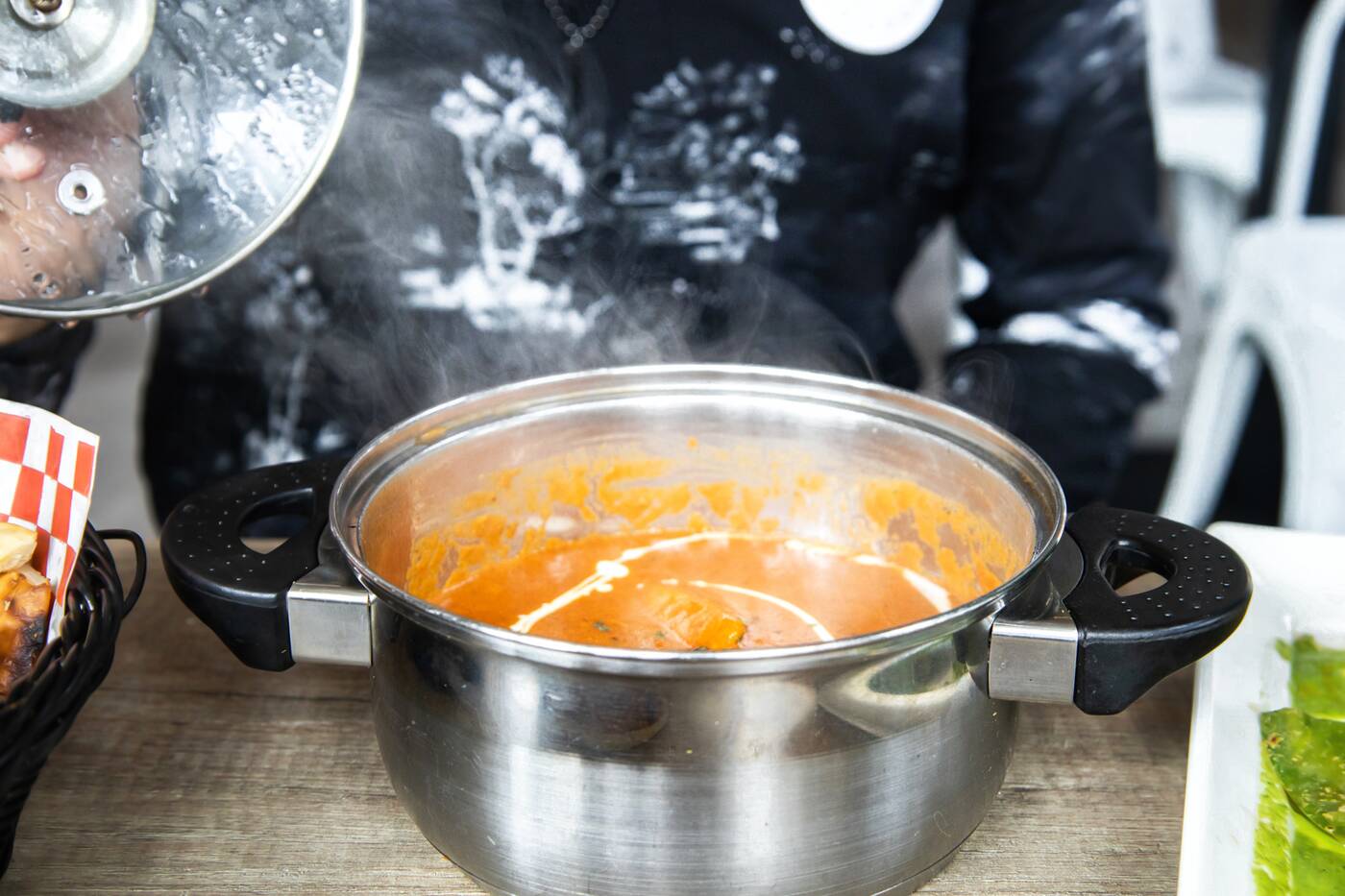 The lid is kept in place until removed at the table at which time the smoke is released. The flavours are less sweet than your typical butter chicken found in the city setting it apart. 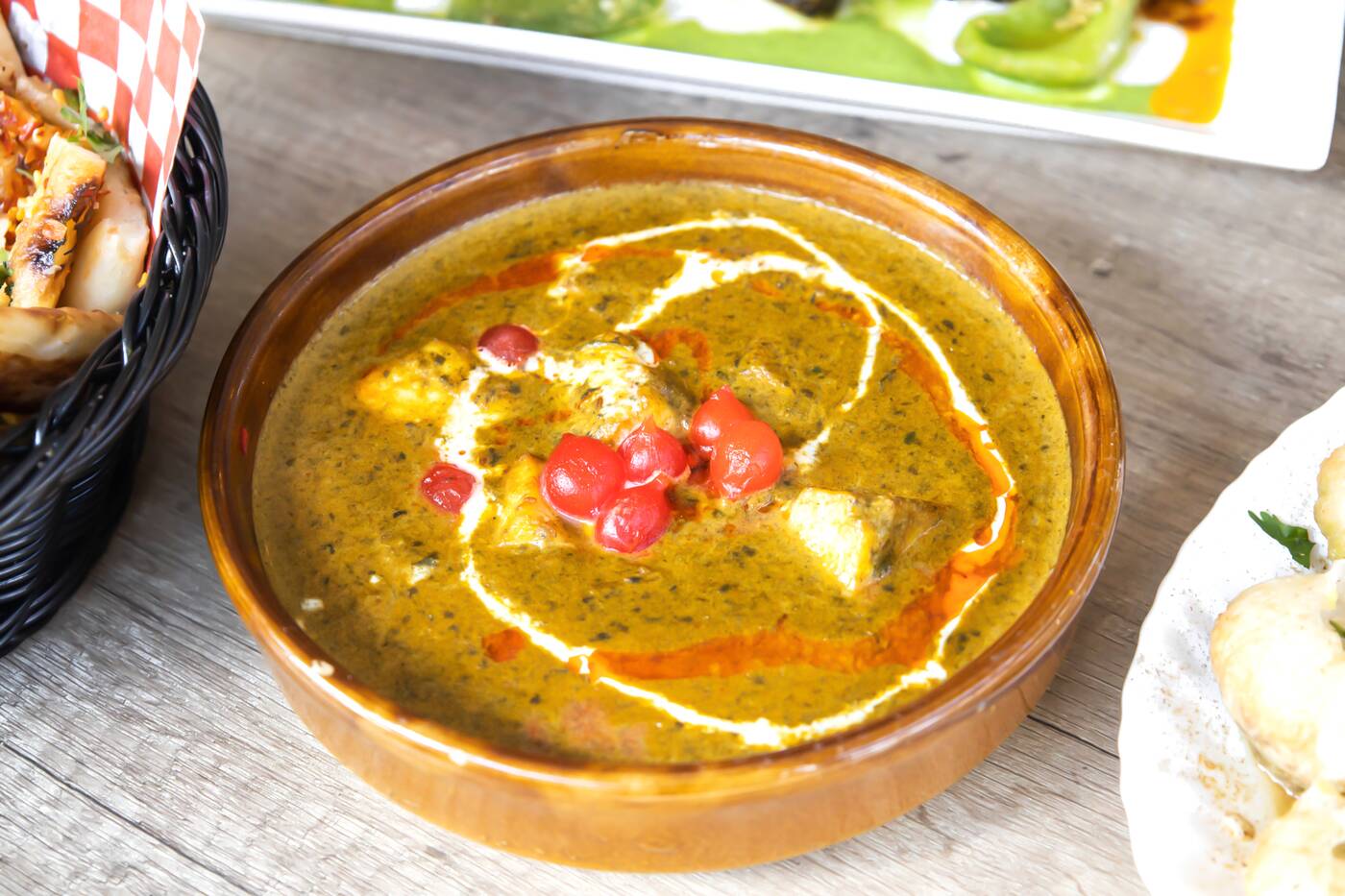 Another curry on the menu and just one of the veggie options is Kale and spinach ($13.99) with chunks of paneer in a creamy coconut milk sauce made from fresh veggies. 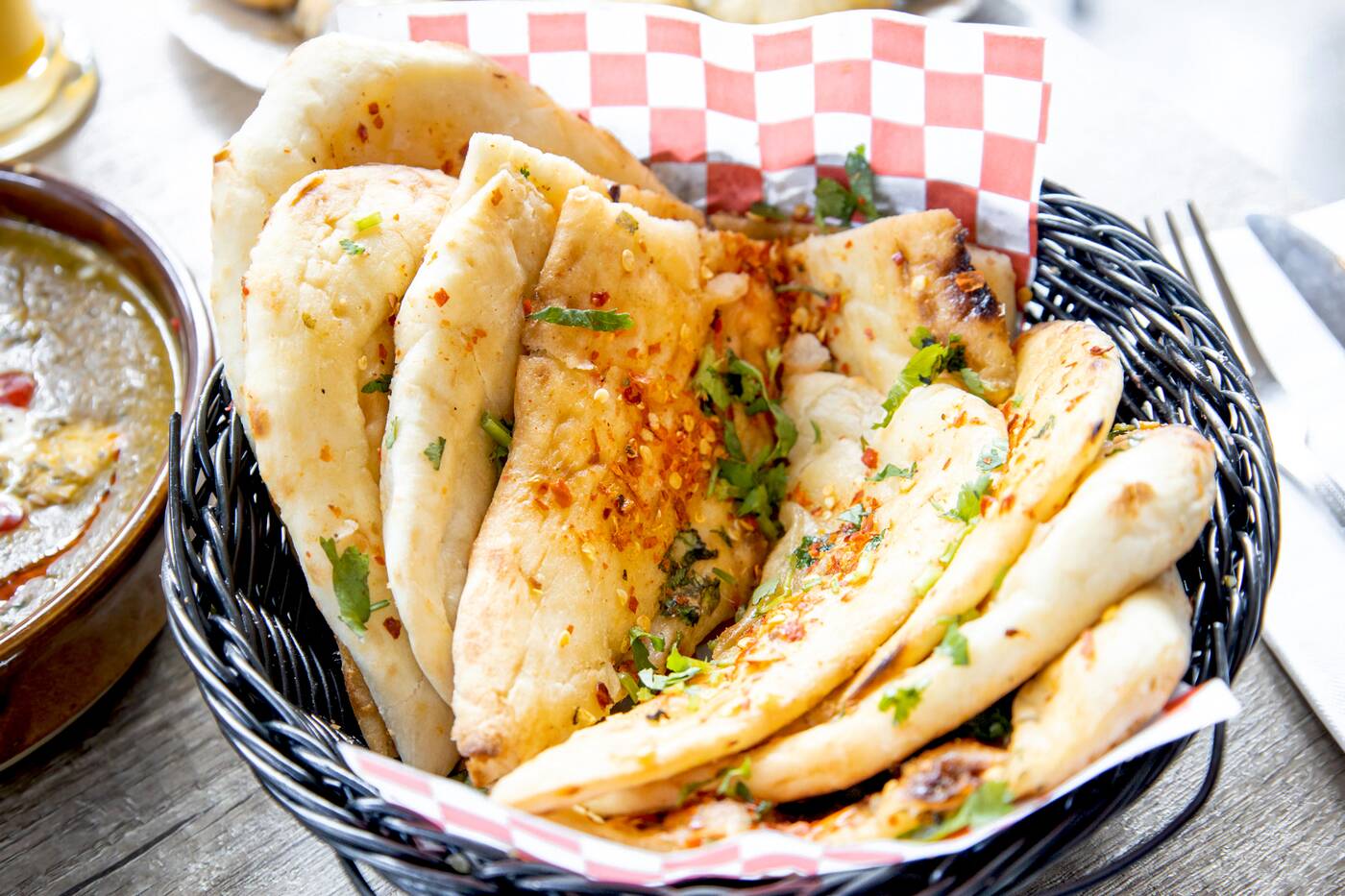 The chili garlic naan ($3.25) is a perfect balance of spice and butter and comes as a must on the side of any of the curries. 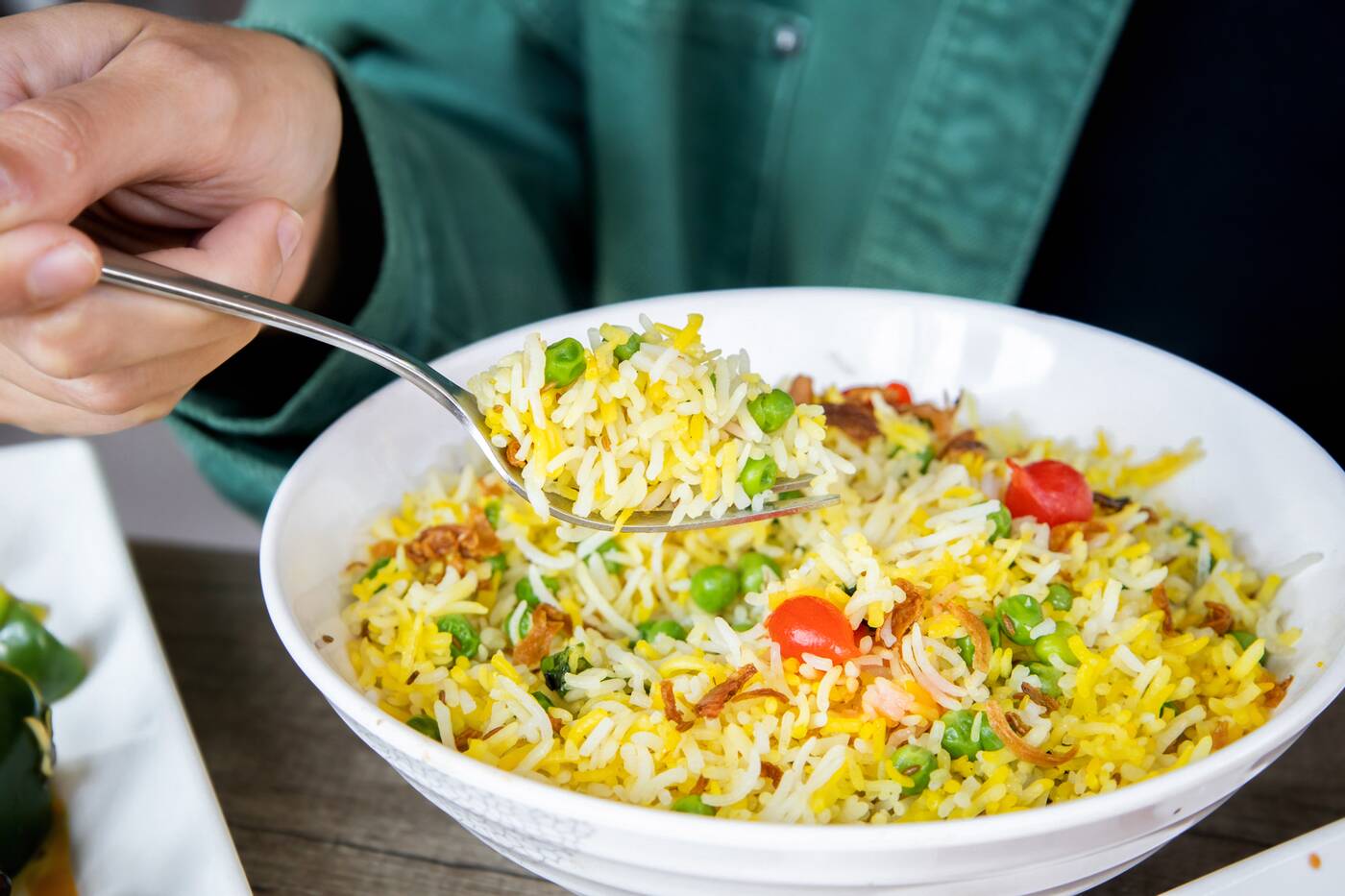 That, and a bowl of mutter pulao ($5.95). The aromatic bowl of rice is flavoured with a mix of spices and comes with green peas. 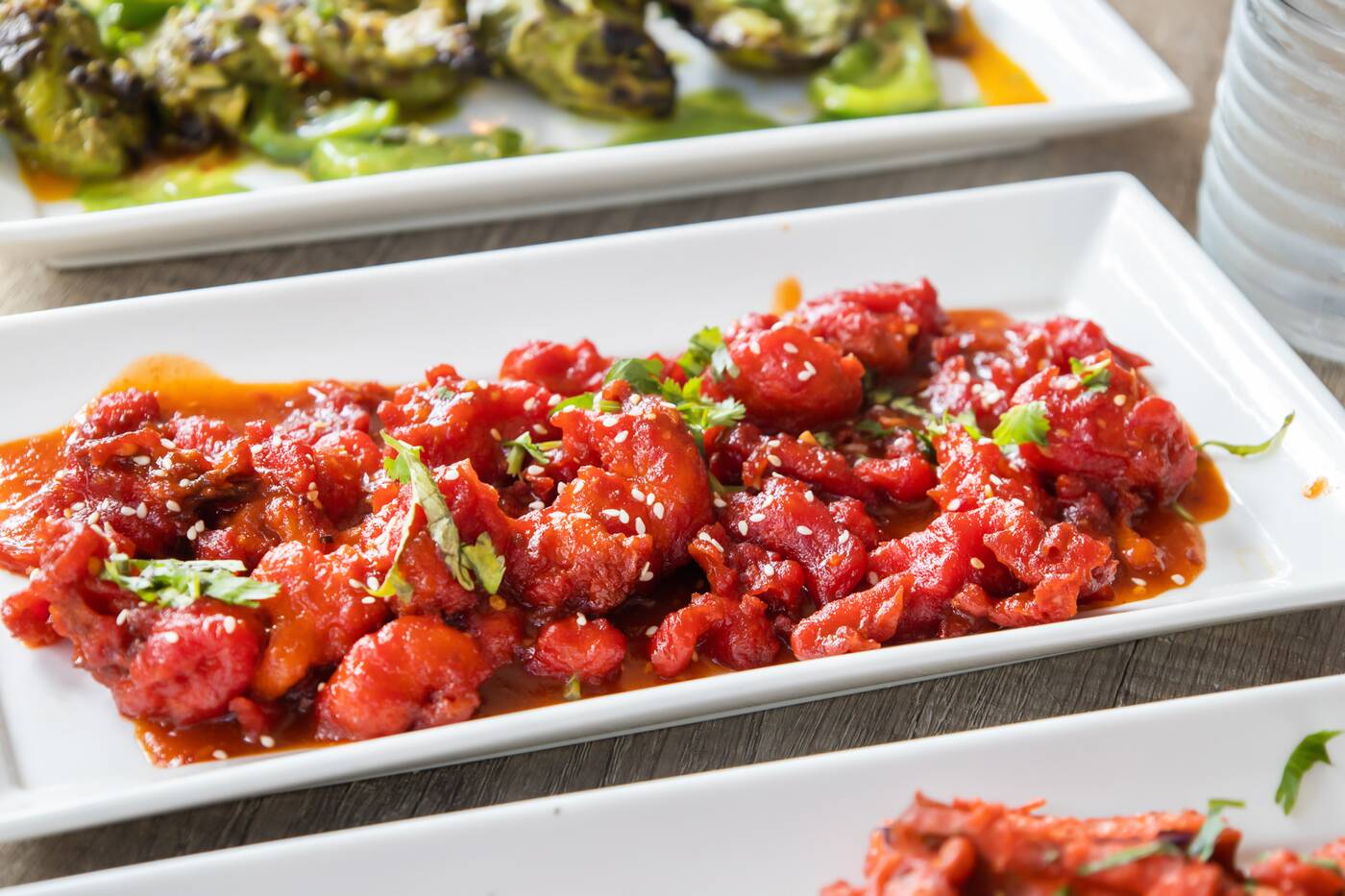 Another signature dish is the lasooni cauliflower ($11.99). A combination of sriracha and a housemade hot sauce made from chilis and mashed garlic is what gives the sauce a sweet, yet spicy flavour. 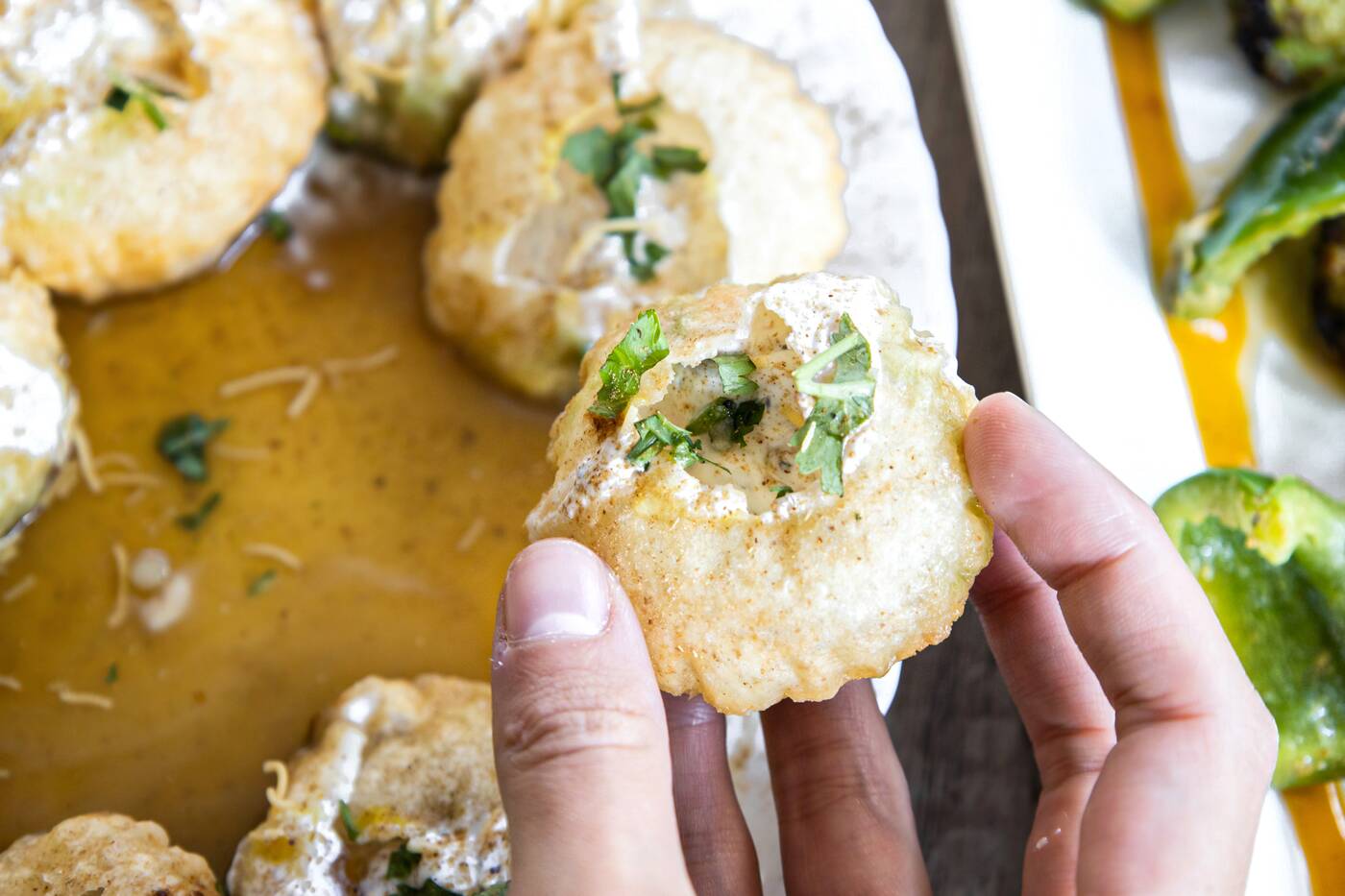 The chaats on the menu have been served out of this location for over a decade while it was known as Bombay Chowpatty.

Originating from the city of Mumbai, dahi puri ($8.99) comes with mini puri shells filled with potatoes, chickpeas and ragda. Housemade green and tamarind chutneys go on top with yogurt. The loaded shells are best enjoyed right away for a bit of crunch. 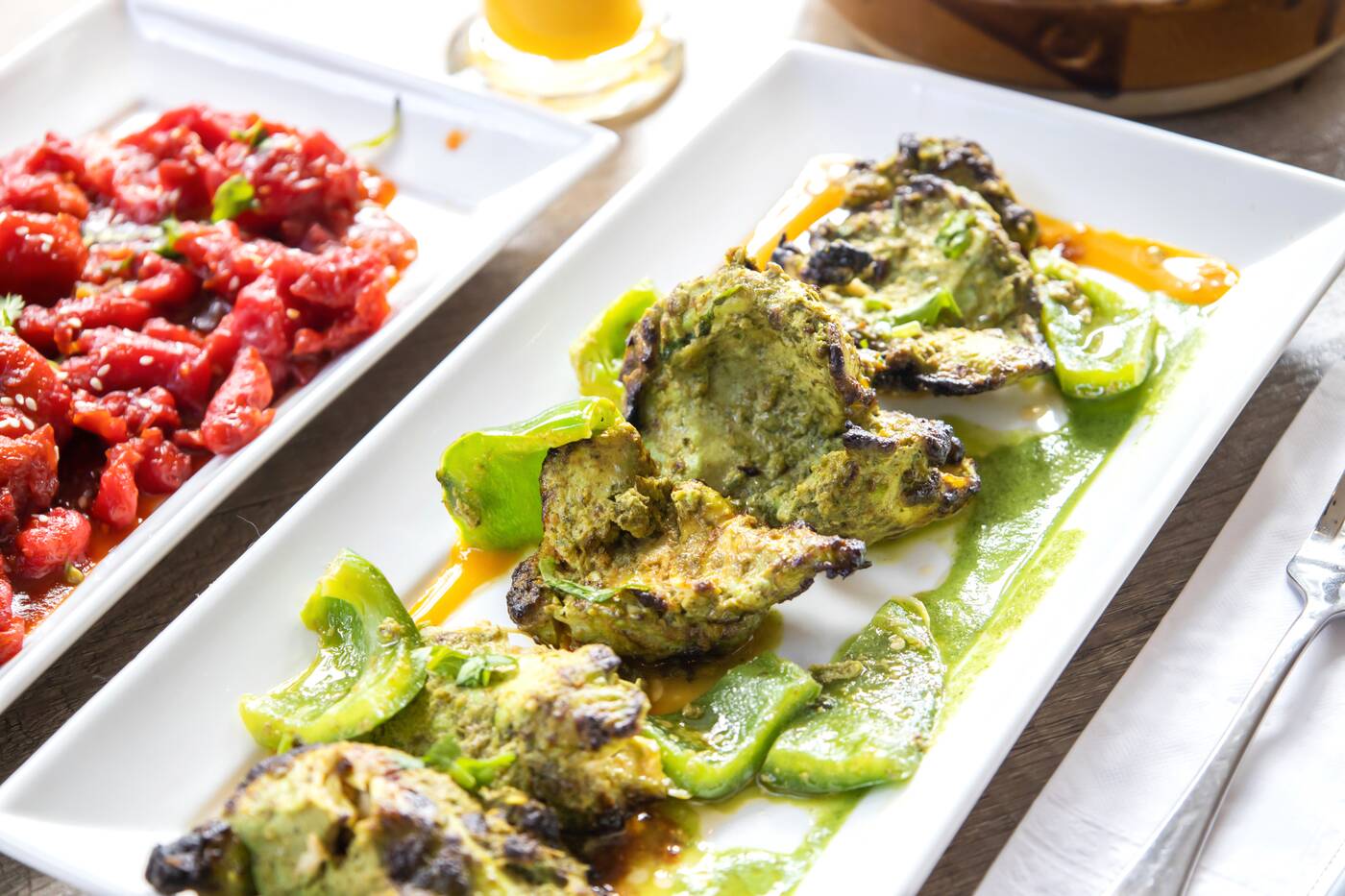 Hariyali chicken tikka ($14.99) feels expensive considering the size of the plate. Though the dynamic coriander, cilantro, mint and yogurt marinade does slightly make up for it. 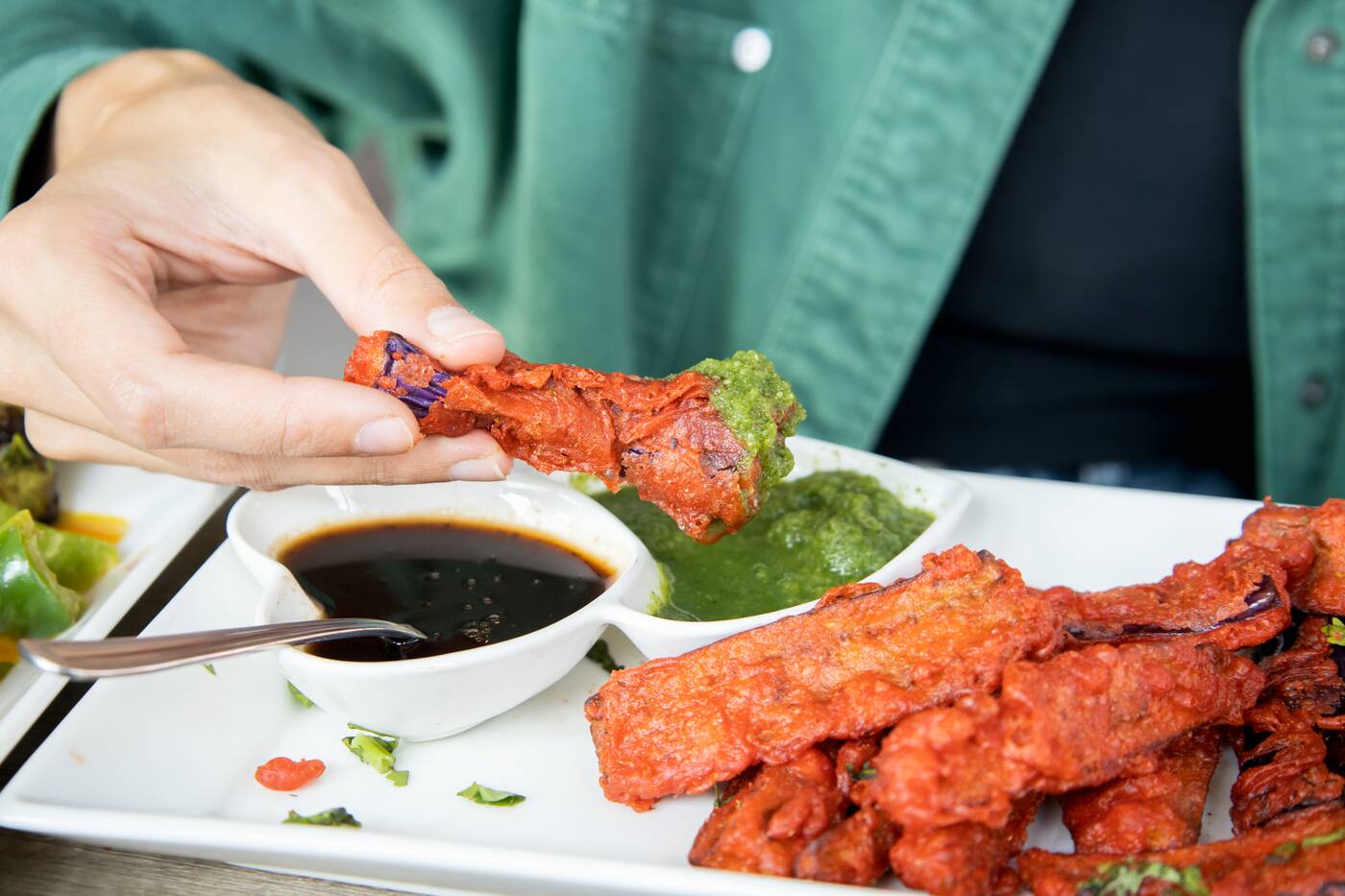 Yet another finger food on the menu, the pakora eggplant fries ($10.99) are coated in a batter of chickpea flour and chaat masala before being deep-fried. Tamarind and hari chutney are served on the side for dipping. 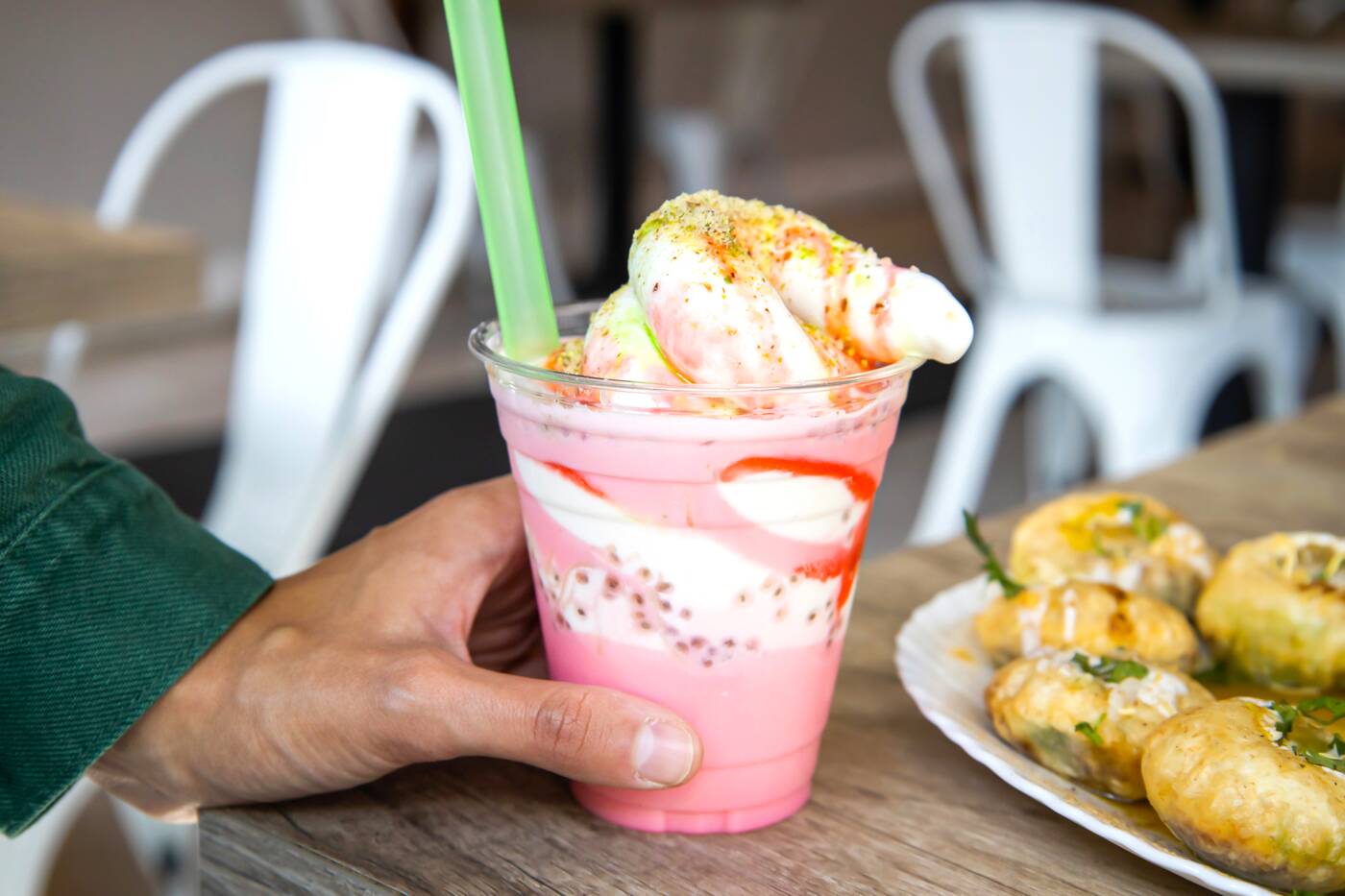 A cup of royal falooda ($6.99) doubles as a drink and dessert with rose flavoured milk, ice cream and sabja seeds. 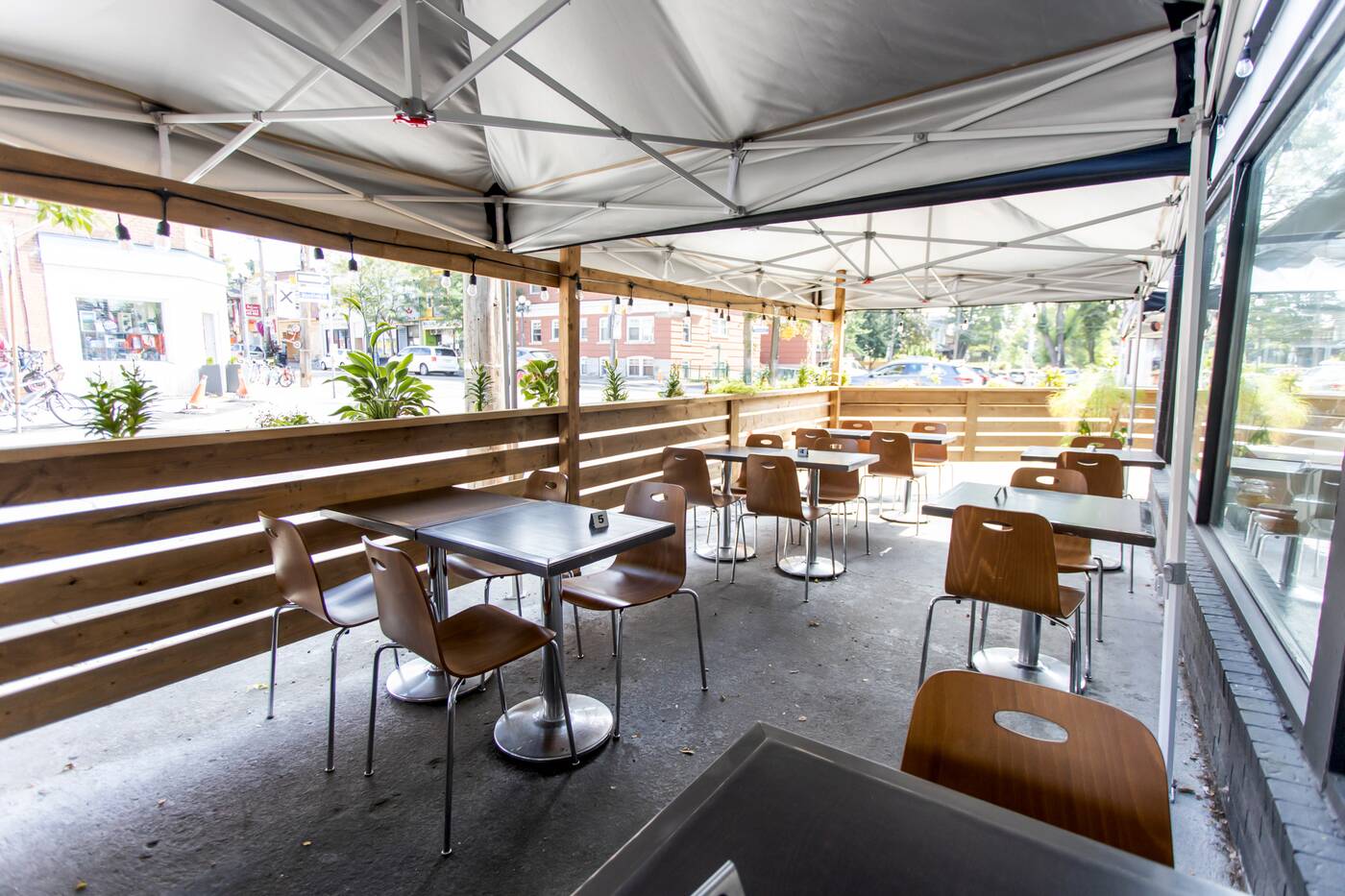 Though the interiors may be slightly less high-end than its Dundas West counterpart, a sprawling patio can be found here wrapping from the front to the side of the restaurant. 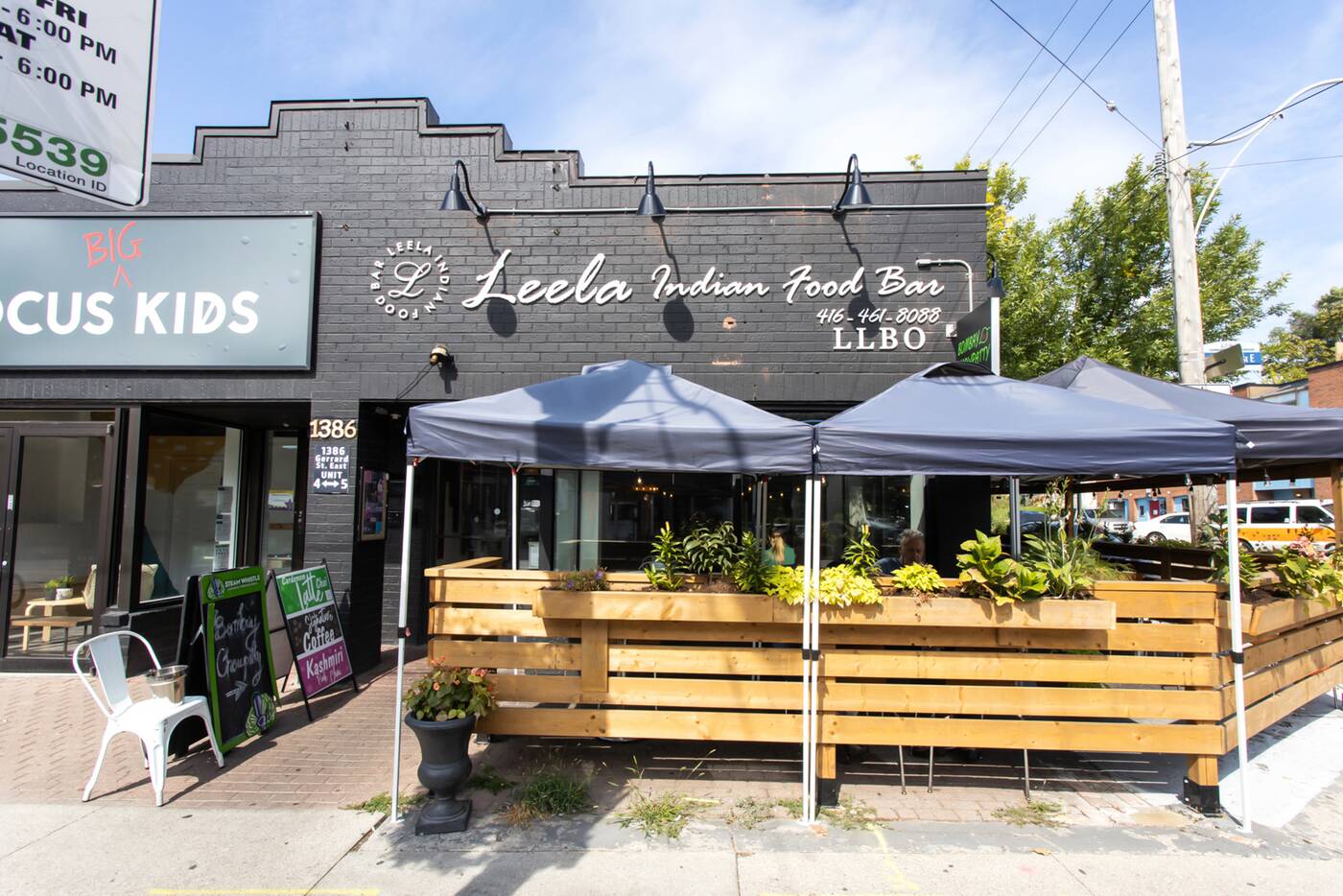