Lbs. is a restaurant devoted to lobster, crab, fish and other types of fresh seafood. The 140-seat space occupies the ground floor of an office building near Yonge and Adelaide.

Inside, the dining room sports luxe finishes and plush upholstery throughout, while the bar serves as the focal point. 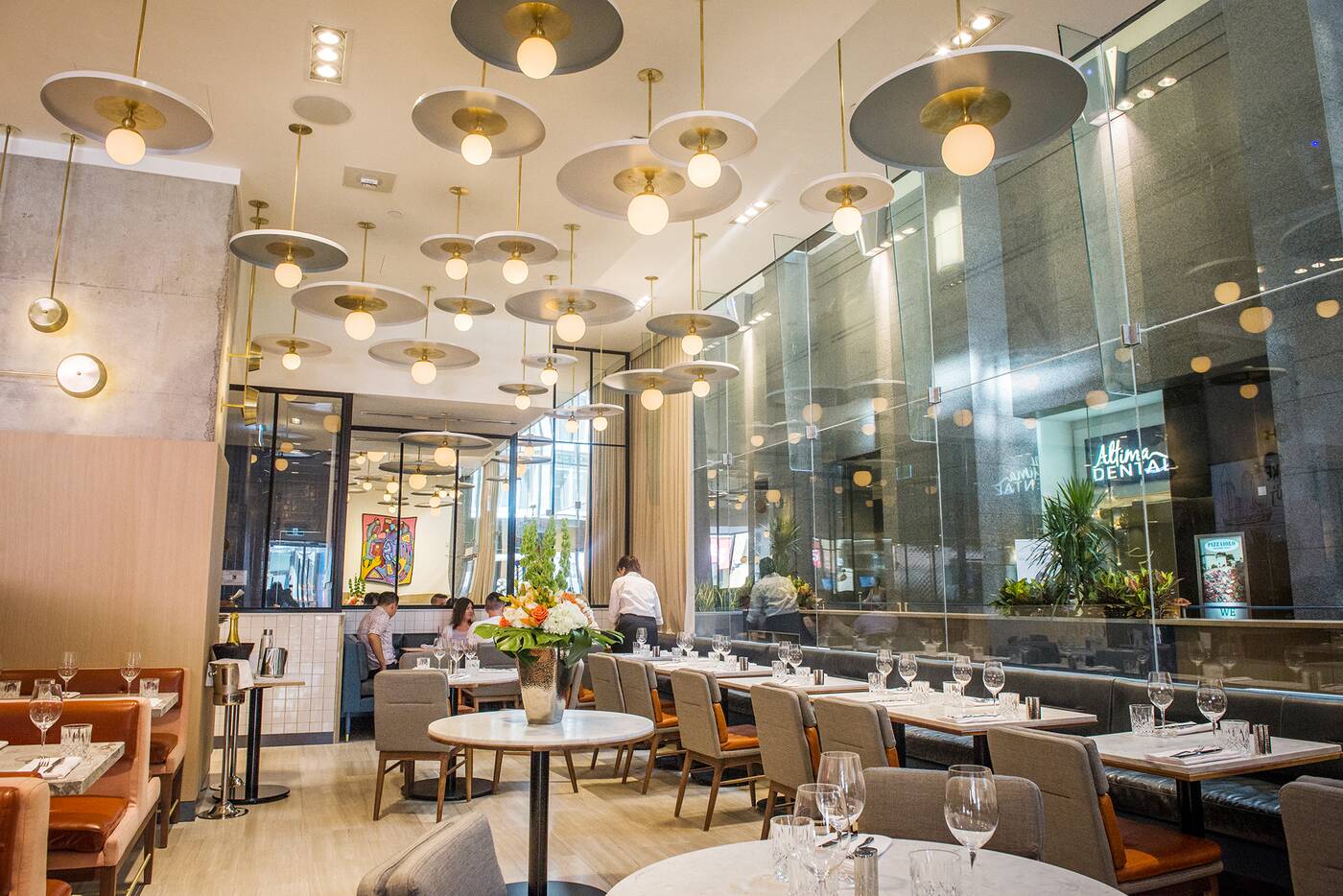 The restaurant takes its seafood seriously. They source it from a variety of suppliers and because they deal in such large volumes also have direct relationships with lobster fisherman on the east coast.

Their lunch and dinner menus are extensive with some overlap between the two such as their pound of PEI mussels ($20) which come drowned in beer, butter, ancho and cilantro. 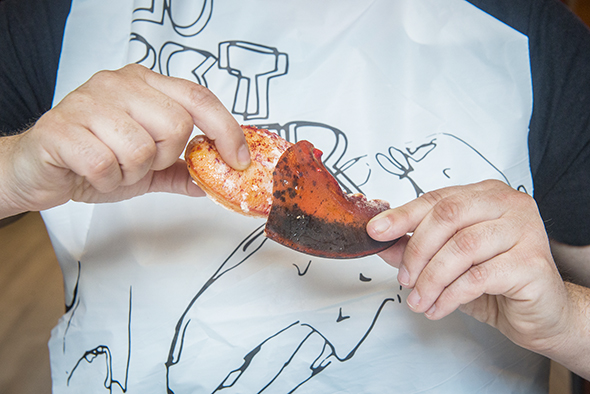 The real star on both menus though has to be the lobster. All the hard work is done for you before it comes to the table. Bibs are available, but not necessary; the meat just slides out of the already cracked shell with little mess. 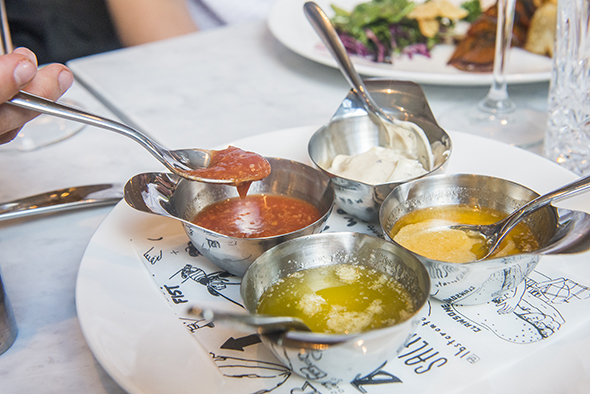 Drawn butter comes on the side while upgrades include truffle aioli, lobster butter, bacon butter and house-made cocktail sauce. 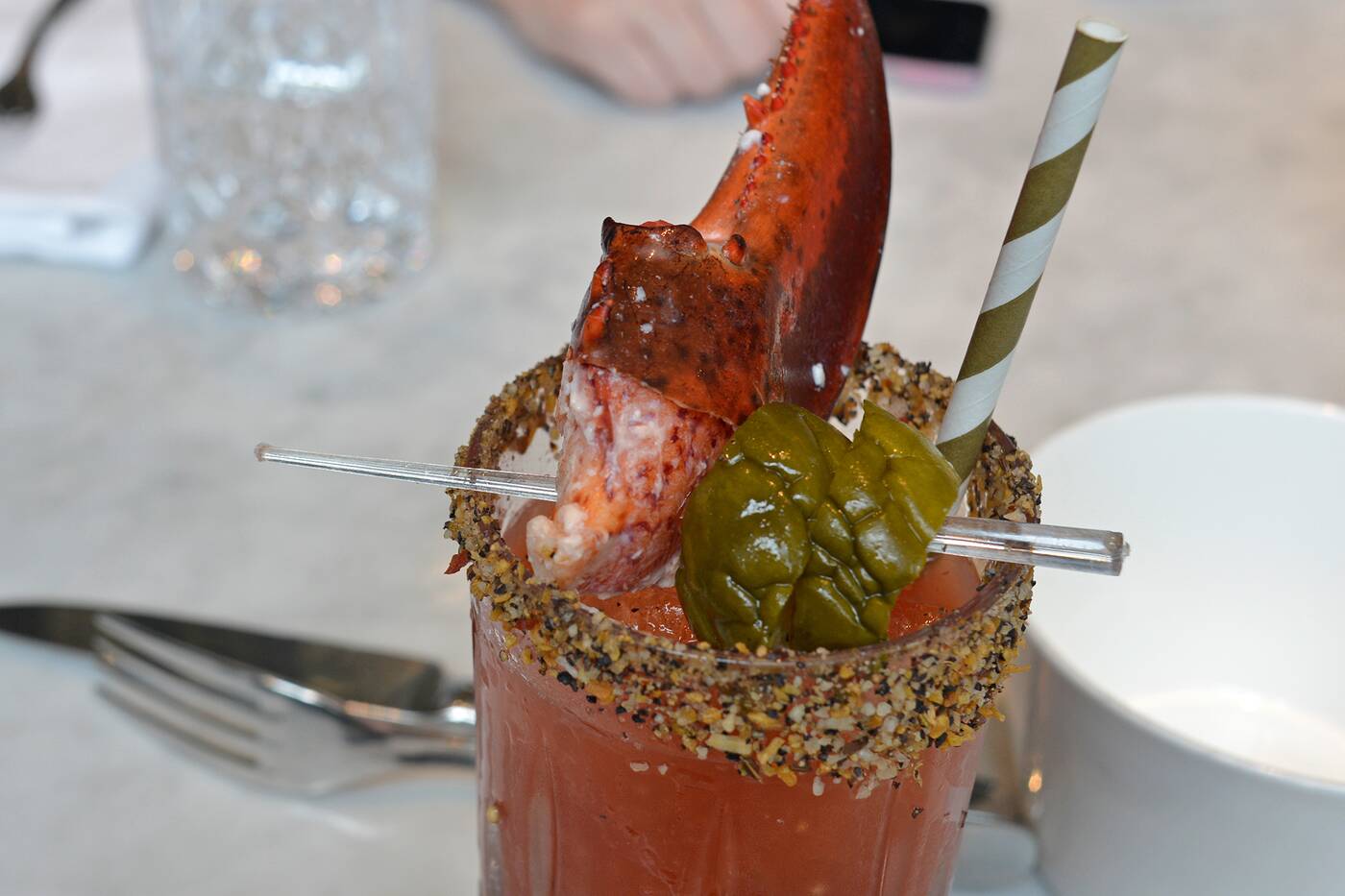 Cocktails, like the Ceasar ($21) don''t come cheap but these aren't no frills drinks. Steak spice, pickles and an entire lobster claw make up the garnishes here. Red and white wine and champagne by the glass are also readily available. 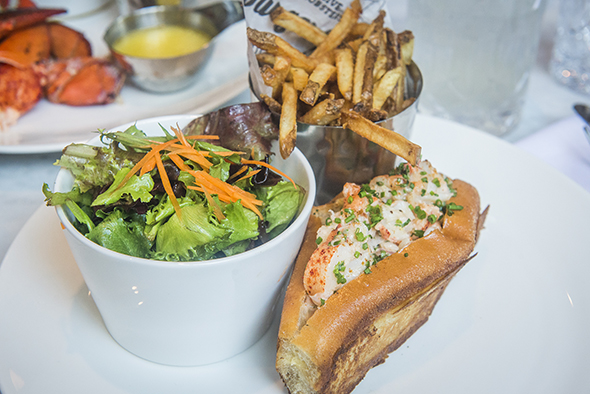 Saying that the lobster roll ($25) is buttery would be an understatement. The succulent crustacean meat is devoid of unnecessary fillers, just lightly dressed in tarragon mayo before being piled into a toasted, buttered split top bun. 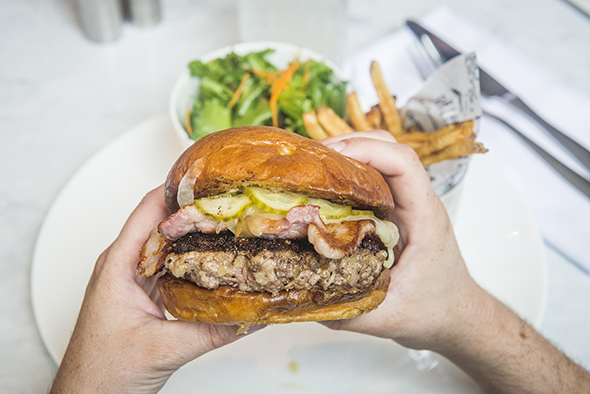 The burger does everything in its power to command its $22 price tag. The six-ounce patty features house-ground brisket and is seared until it achieves a commendable caramelized exterior. It's loaded onto a brioche bun and topped with rasher-style bacon, aged cheddar, white onions, Kozlik's horseradish mustard and house-made pickles. 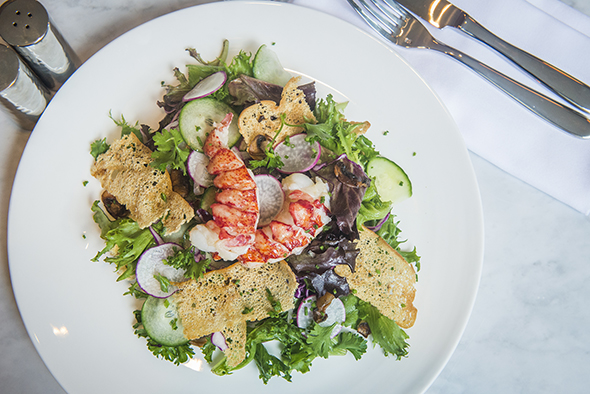 The lobster salad ($30) boasts a whole 1.25-pound lobster. It's crowned with the tail tossed in Sterling butter, while the claw meat is mixed in with the greens, cucumber and bitter radish in a Dijon dressing spiked with truffle oil. 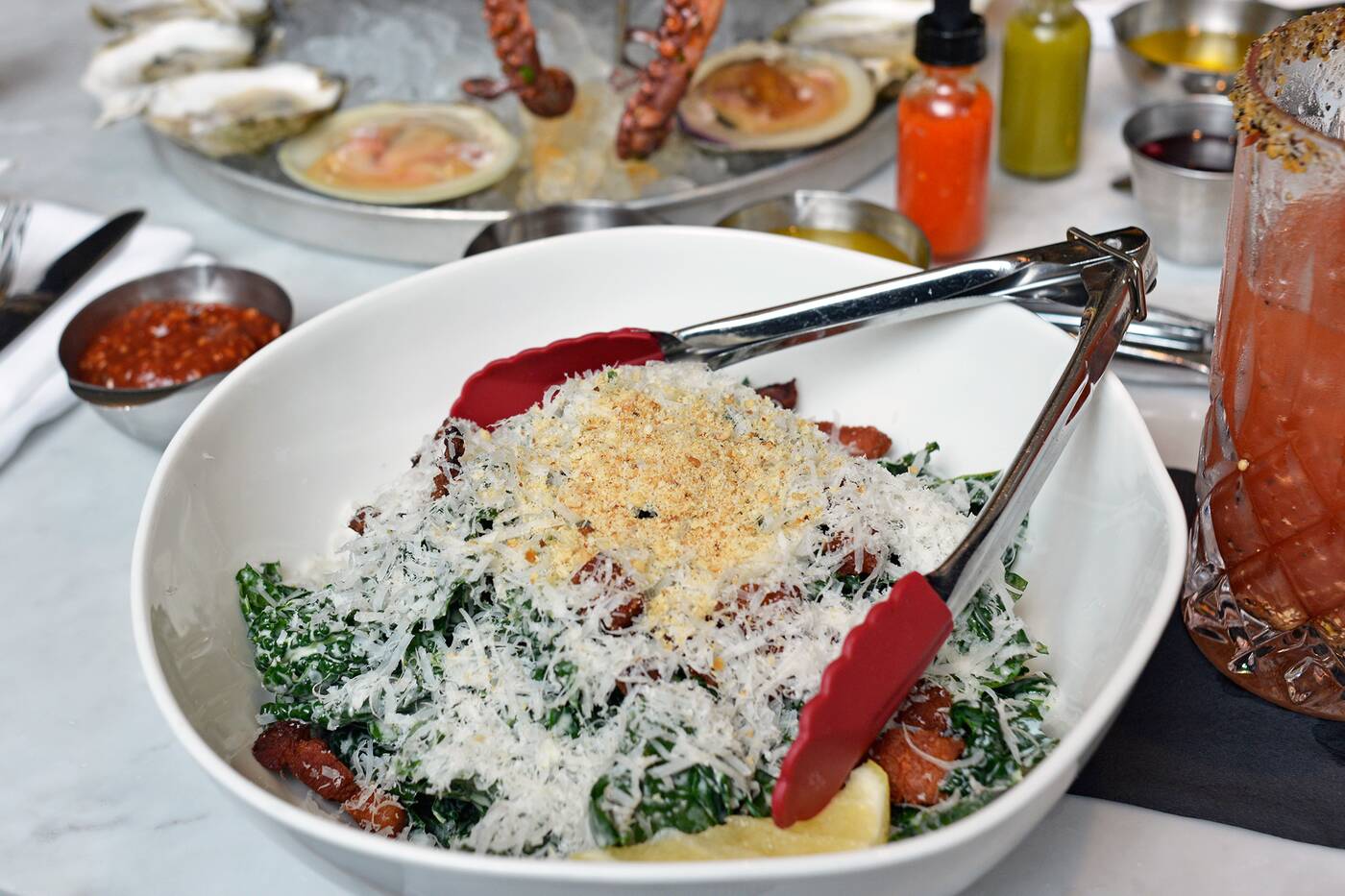 For something less seafood centric, the kale caesar ($16) must be one of the better renditions of this dish in the city. Double smoked bacon and anchovy really enhance the flavour profile. Add jumbo shrimp ($4.25), chicken ($7) or a lobster tail ($19) to take it to the next-level. 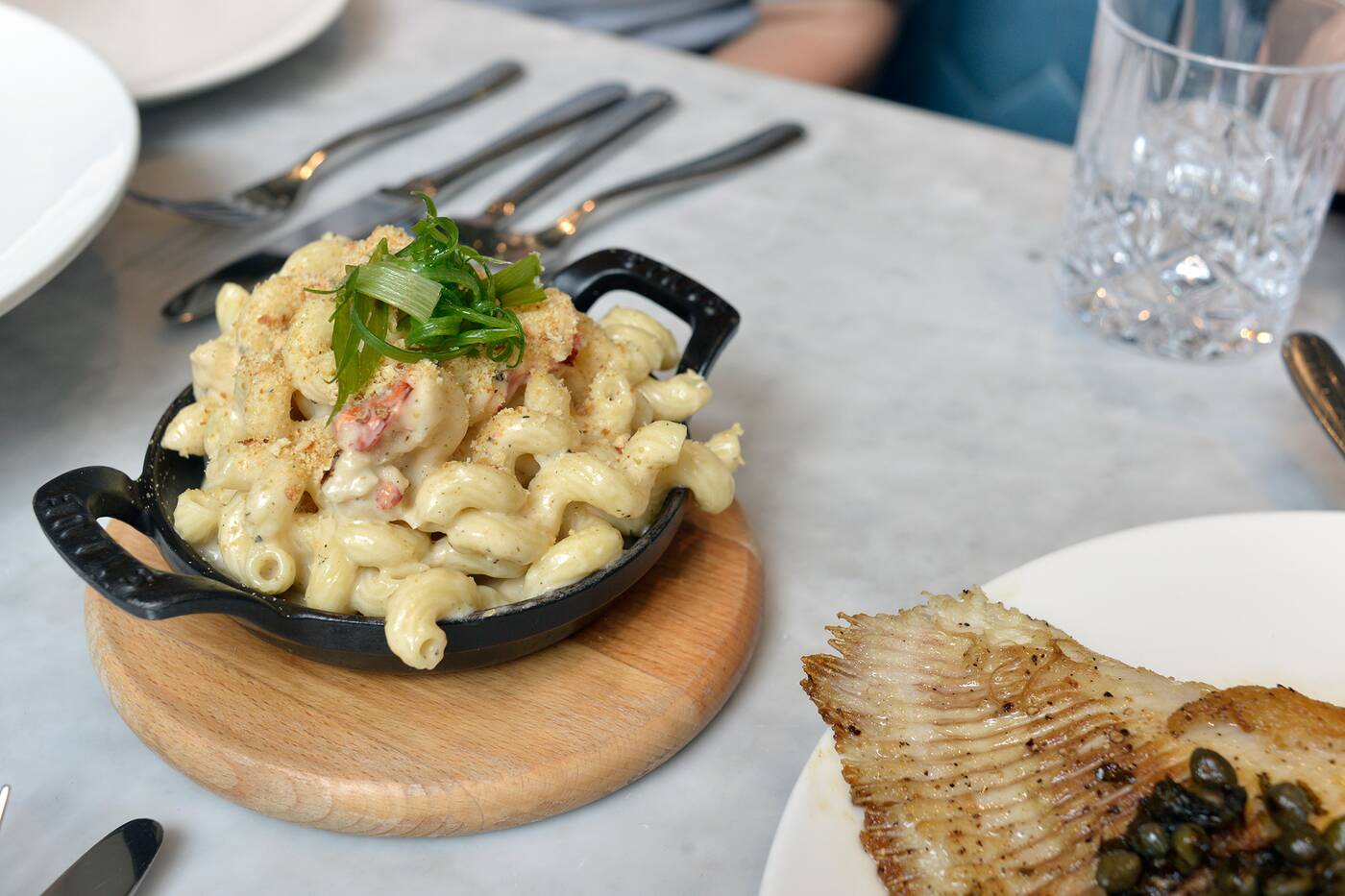 We're told the lobster mac and cheese ($14) is one of their most popular offerings. It's on both their lunch and dinner menus and is as creamy as it looks. 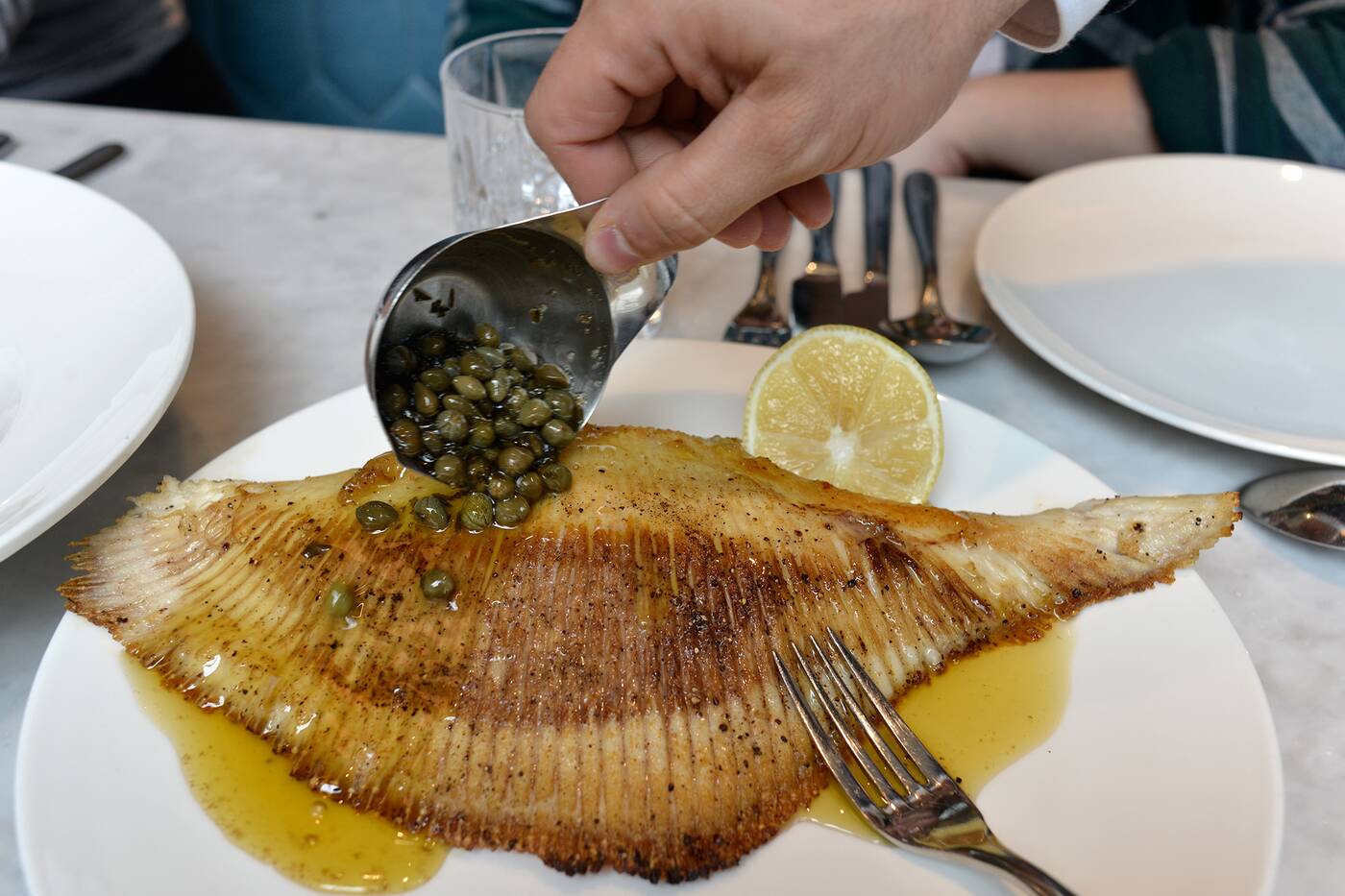 The whole skate wing ($38) is visually impressive for this type of fish, browned just right and topped with butter and capers. 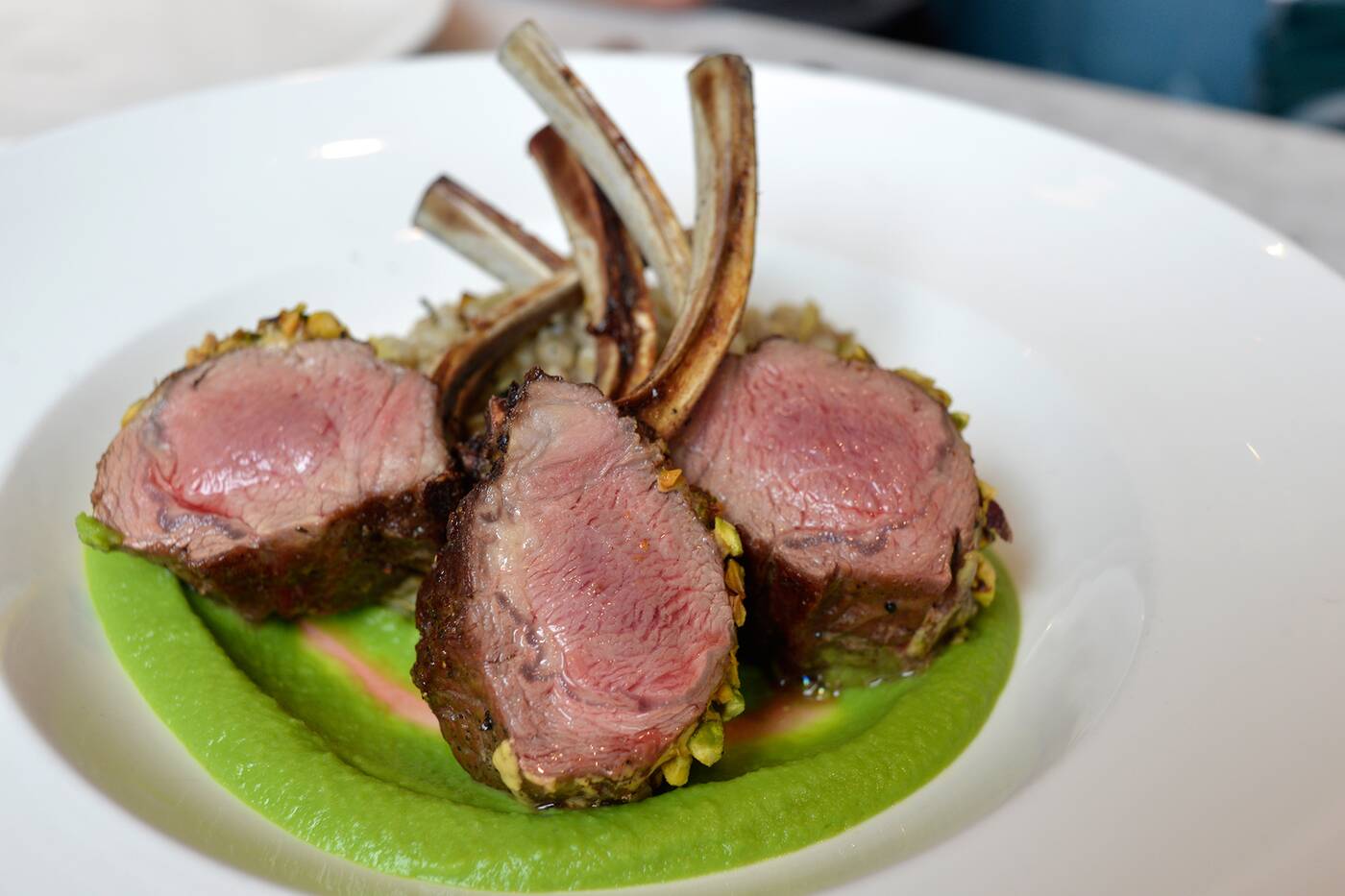 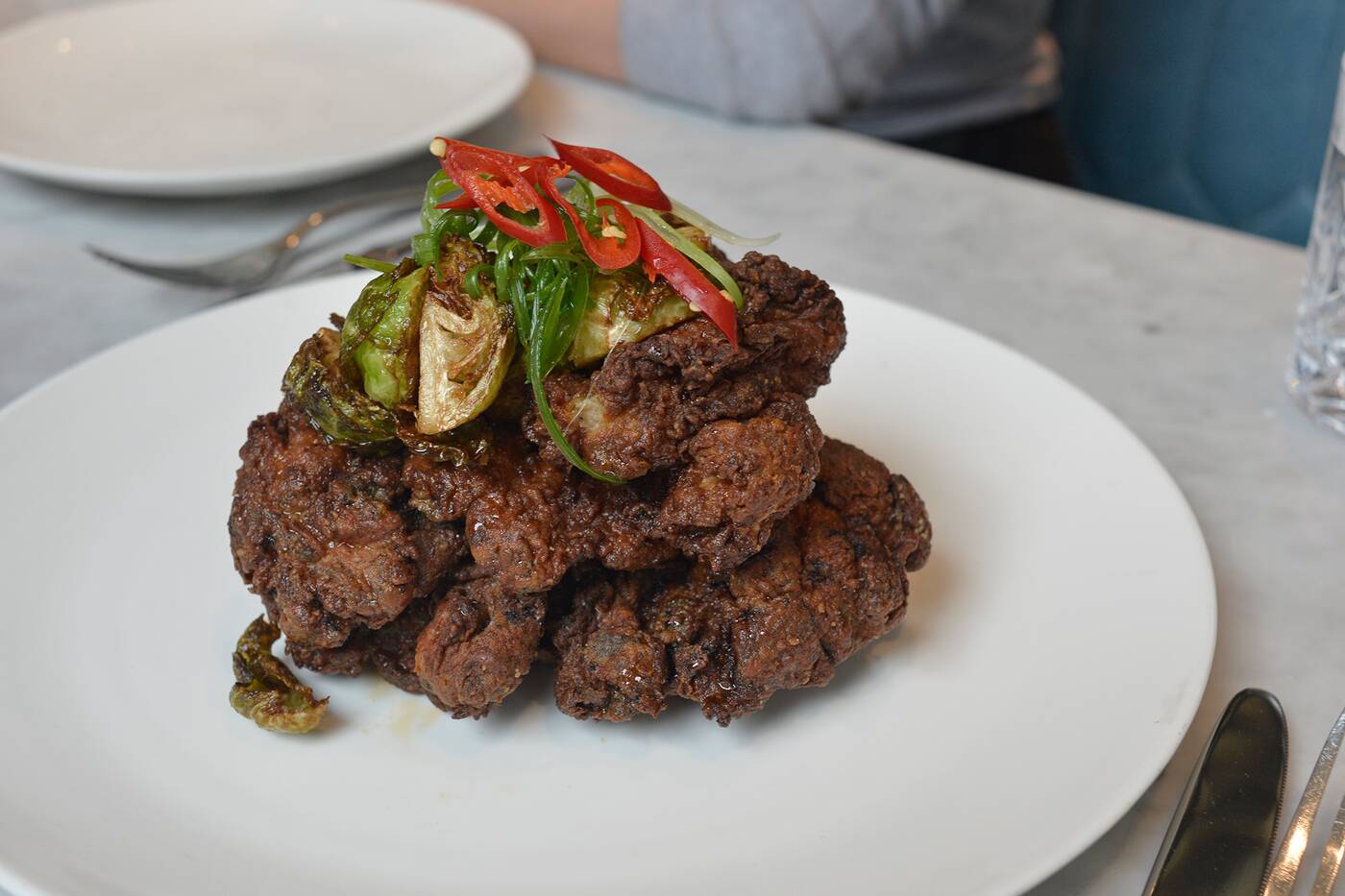 There's also crave-worthy fried chicken ($21), loaded with maple syrup sriracha and served with brussels sprouts that will have you coming back for more. 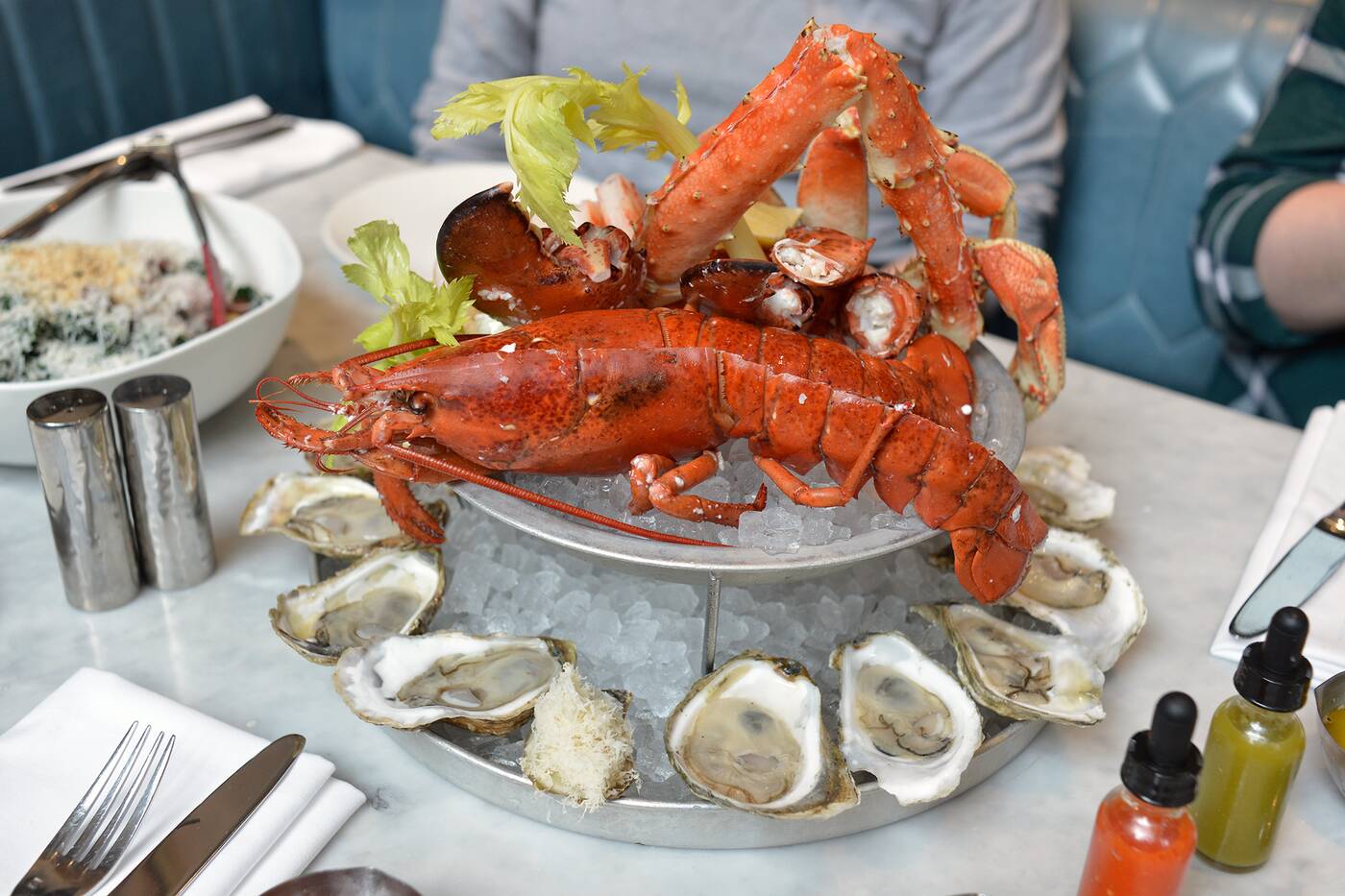 Just make sure to save room and money for the epic poseidon seafood tower ($170) loaded with various types of oysters, clams, octopus, shrimp, king and dungeness crab and a whole lobster. 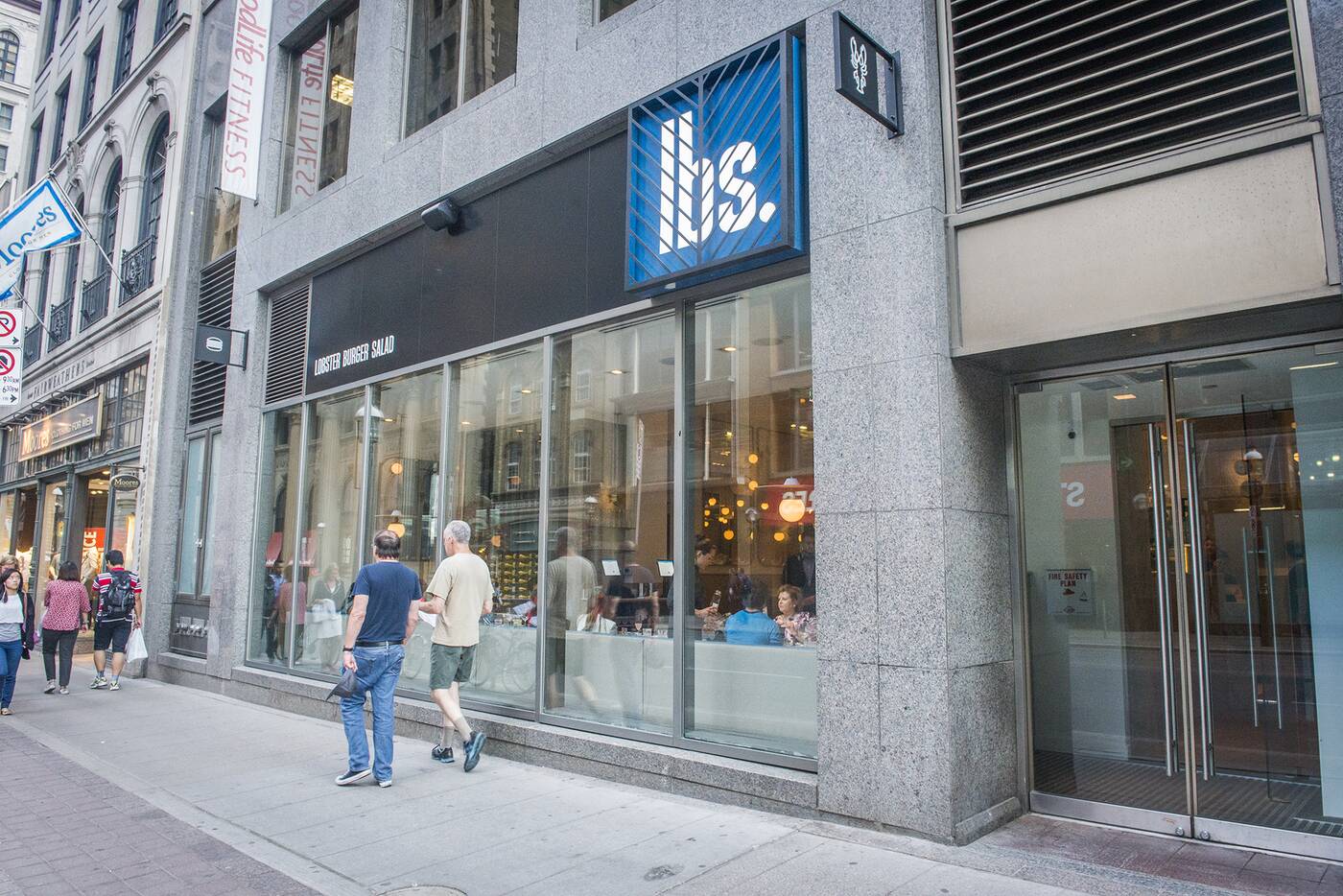