Lambretta Pizzeria opened in December 2014 on Roncesvalles, in the space formerly occupied by Hey! restaurant.  Originally created by Alessandro Settimi and taken over by Celina Blanchard in 2015, the restaurant seems to be just what the neighbourhood needed. Packing a full house of neighbourhood regulars and longstanding clients, you'd be hard-pressed to disagree. 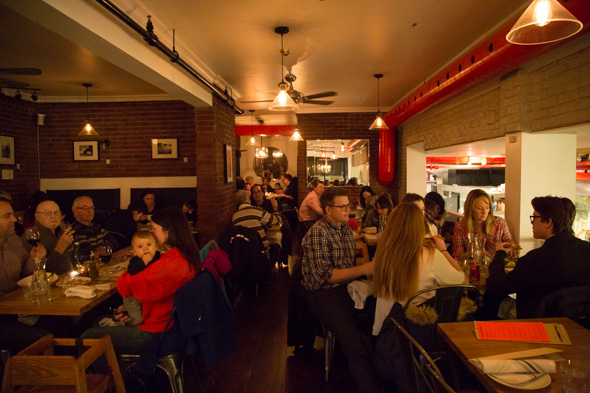 Even with Defina and take-out mainstays such as Pizza Flora up the street, Lambretta provides a family-friendly bustling joint on the lower part of Roncesvalles. In some prime floor real estate, a children's play area is tucked at the front of the upper dining room, letting parents balance the formality of going out and having a glass of that valpolicella or gamay noir while also enjoying casual, relaxed vibes. 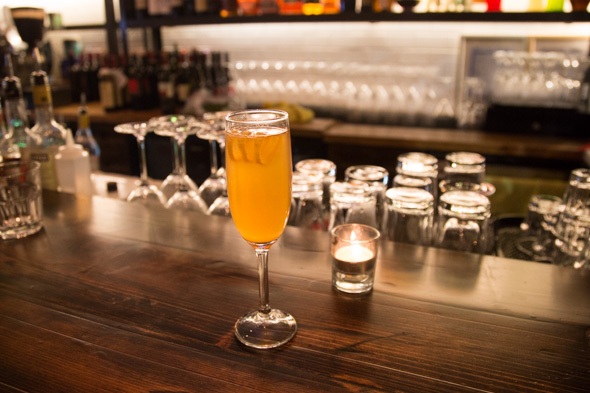 On the menu you'll find tastes of Rome as well as tastes of home. Their panelle fries ($9), a nod to the streets of Palermo, are flattened beams of chickpea polenta. Fried with a delicate breading that isn't too crispy, its flavour would be a tad understated if it weren't for the chilli aioli lifting it to where it should be. As a snack or app, the airy fibrous mash isn't too dense. 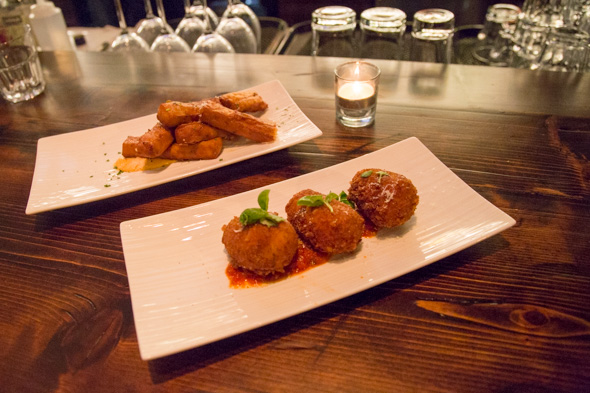 Next were the supplĂŹ ($9), which, living up the French origins of its namesake, were some kind of surprise indeed. Cut open into egg-shaped fried globes of breaded risotto to find a fine gush of fior di latte. You'll swathe up these tasty morsels in the slick of fresh tomato sauce in no time. Definitely order this antipasto on your next visit. 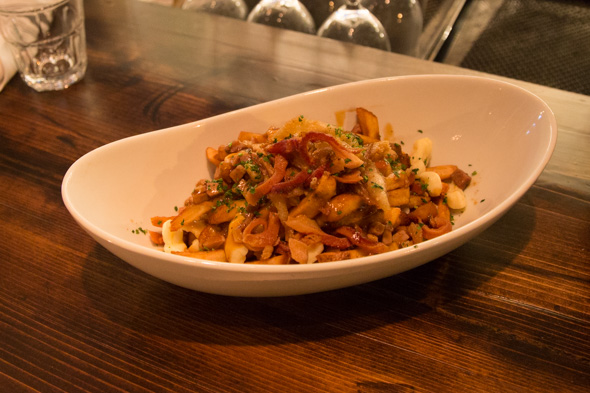 At critical mass, in more ways than one, Lambretta offers an Italian take on the Canadian standard. Their poutine italiano ($12) combines traditional poutine toppings with shredded porchetta done in-house with Italian seasonings. Ingredients-wise, I think they could've pushed the envelope more, but it's balanced and prettily dressed enough that the scoop makes the cut still. It's also a good detour from bready apps, albeit perhaps more filling if ultimately the prize in your eye is a pizza pie. 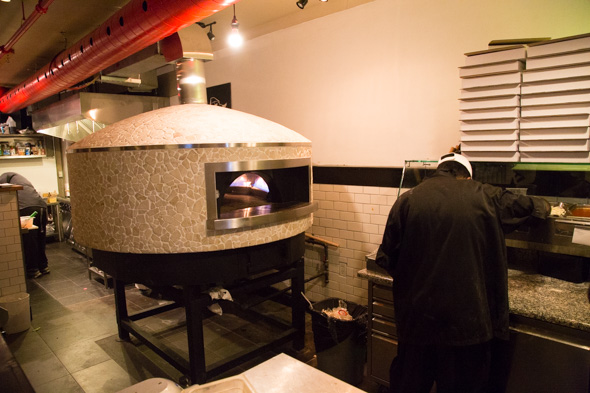 While plenty of charcuterie, cheeses, and fresh pastas grace the menu, most first comers are drawn in by the pizzas, due in no small part due to the behemoth of a gas-powered stone oven on view to passers-by, which Blanchard says barely squeezed in through the front entrance. 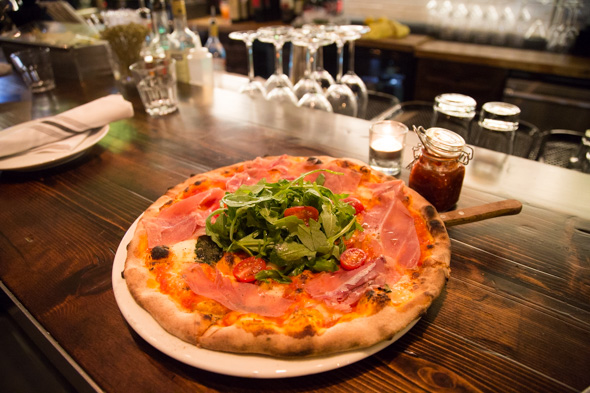 If it's your first time, you'll want to taste their house specialty - the Lambretta pizza ($18) - which is essentially a margherita topped with a salad bowl's worth of arugula, cherry tomatoes and house prosciutto, which you then scrimmage and rake out yourself across the pie, crumpling slightly as the heat takes it in. A bit bitter, a bit sweet, a bit salty, in other words, it's one of the more satisfyingly well-balanced pies in the city. 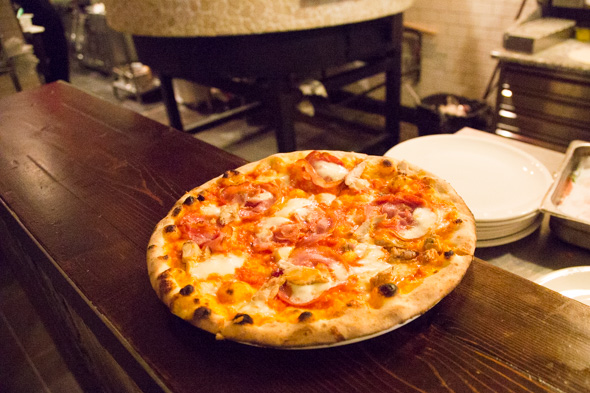 Blanchard tells me that despite the popularity of Neapolitan pies in Canada, back in Italy, Roman-style pizzas - the restaurant's specialty - can be just as common. Thinner and crispier because of the added olive oil, a slice of dripping Roman delta contrasts the Naples variety, which is the softer, lighter, and chewier of the two.

The former is easier to cradle in your hands as opposed to the latter where you're best served by fork and knife when it's piping fresh. An advantage to Rome-style pies is that the heartier dough can withstand more action up top without becoming too slick and swampy, which their signature entry uses to full advantage. 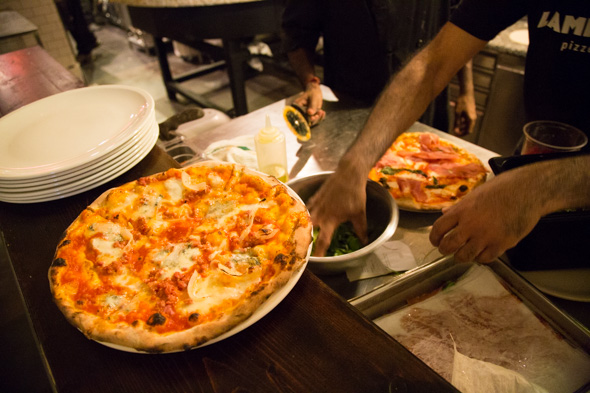 Debates online over which style is more authentic can make for interesting reading, calling the Neapolitan the more pretentious of the two. Not exactly an apples to oranges scenario, but it comes down to which ingredients suit which dough better though even their preferences won't always be unanimous. I wouldn't say I've been converted for life exactly, but the recipe still stands for a heck of a pie, and opens up the field for further variation. 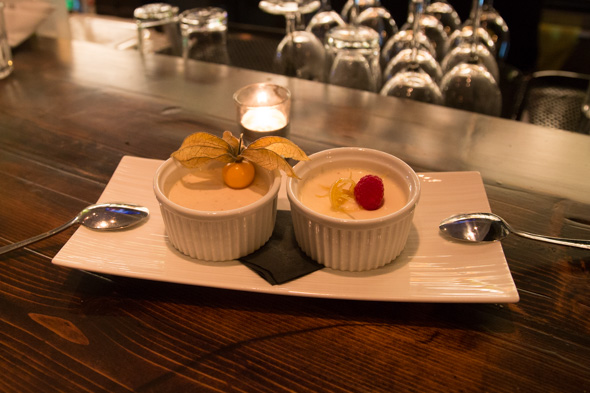 If you still have room left, I'd advise their dessert. Many a pizzeria in town gives its sweets not so much as an afterthought as middling to forgettable. That isn't the case at Lambretta. Don't miss their panna cotta ($8): a great value coming in a pair, this double take also allows them to experiment with flavour complements that change on a regular basis. The night I was there, one scoop was a light and subtle aperol-infused ditty; but it was the deep and rich fig flavour of the counterpoint, a velvety and sumptuous helping that was worthy of seconds and thirds. 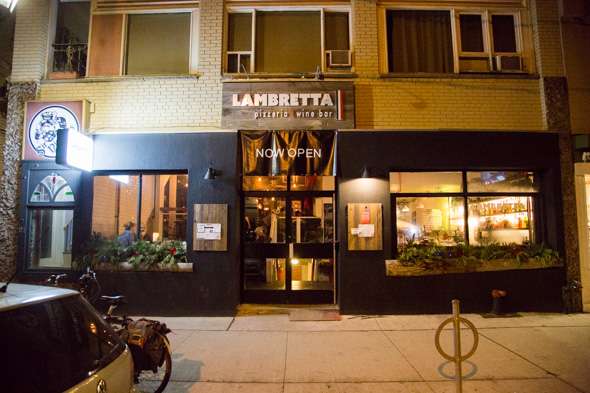