Kū-kŭm is an Indigenous restaurant in Toronto that seeks to reinvent and elevate the local ingredients of the cuisine, similar to others in the city like NishDish and Pow Wow Cafe. The word “kū-kŭm” translates to “grandmother.”

It’s a project of Ben Castanie and Chef Joseph Shawana, designed to show off the latter’s roots, not focusing on his specific heritage per se but rather reinterpreting the traditions as a whole. 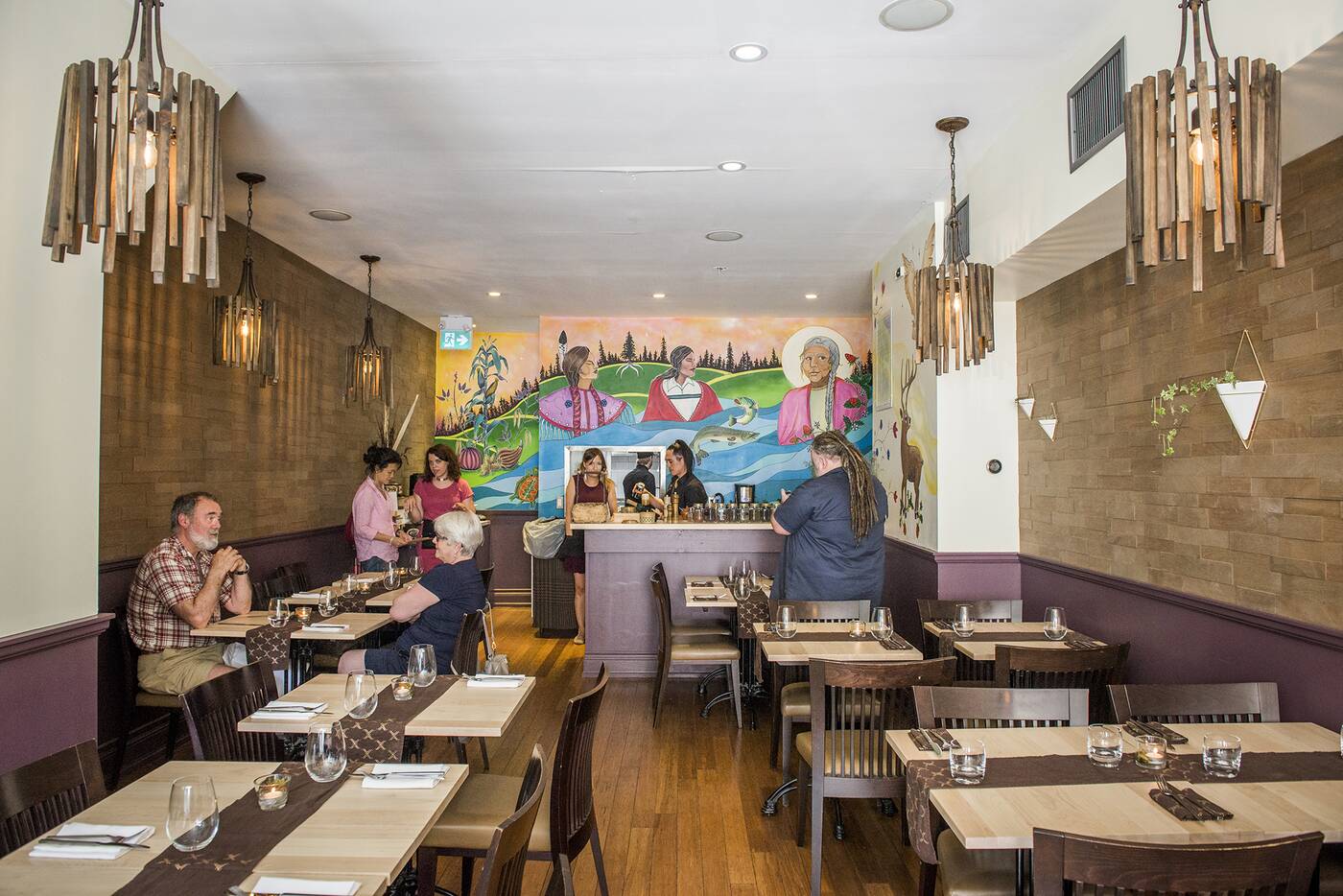 The space carries this concept through design-wise, rotating the artwork on the walls but always keeping it by Indigenous artists, in the space that was once Mogette Bistro. 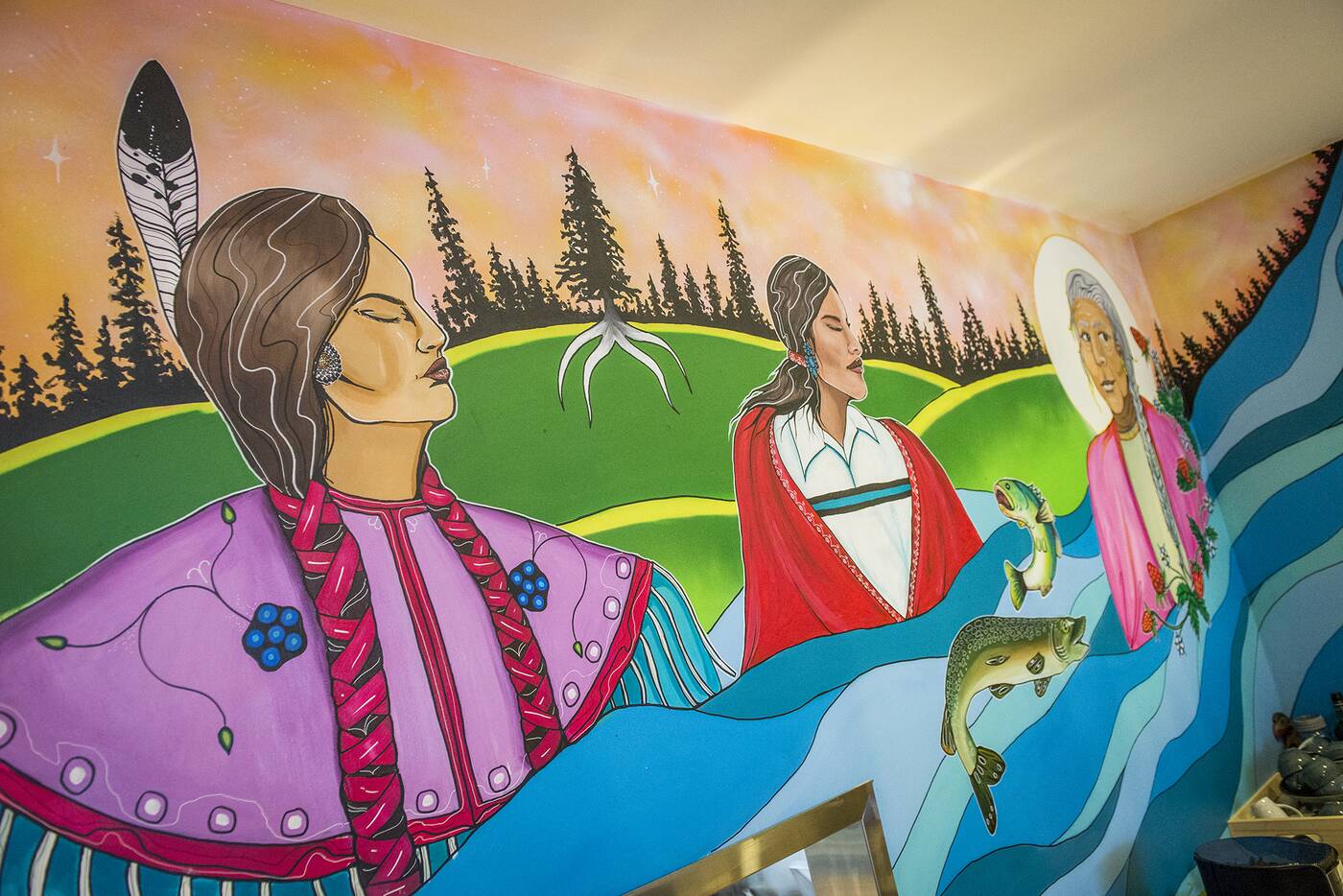 A mural on the back wall was done by pair of female Indigenous artists Ogimaa Kwe Bnes and Monique Aura, and one on the ceiling of the stairway leading to the bathroom, too. 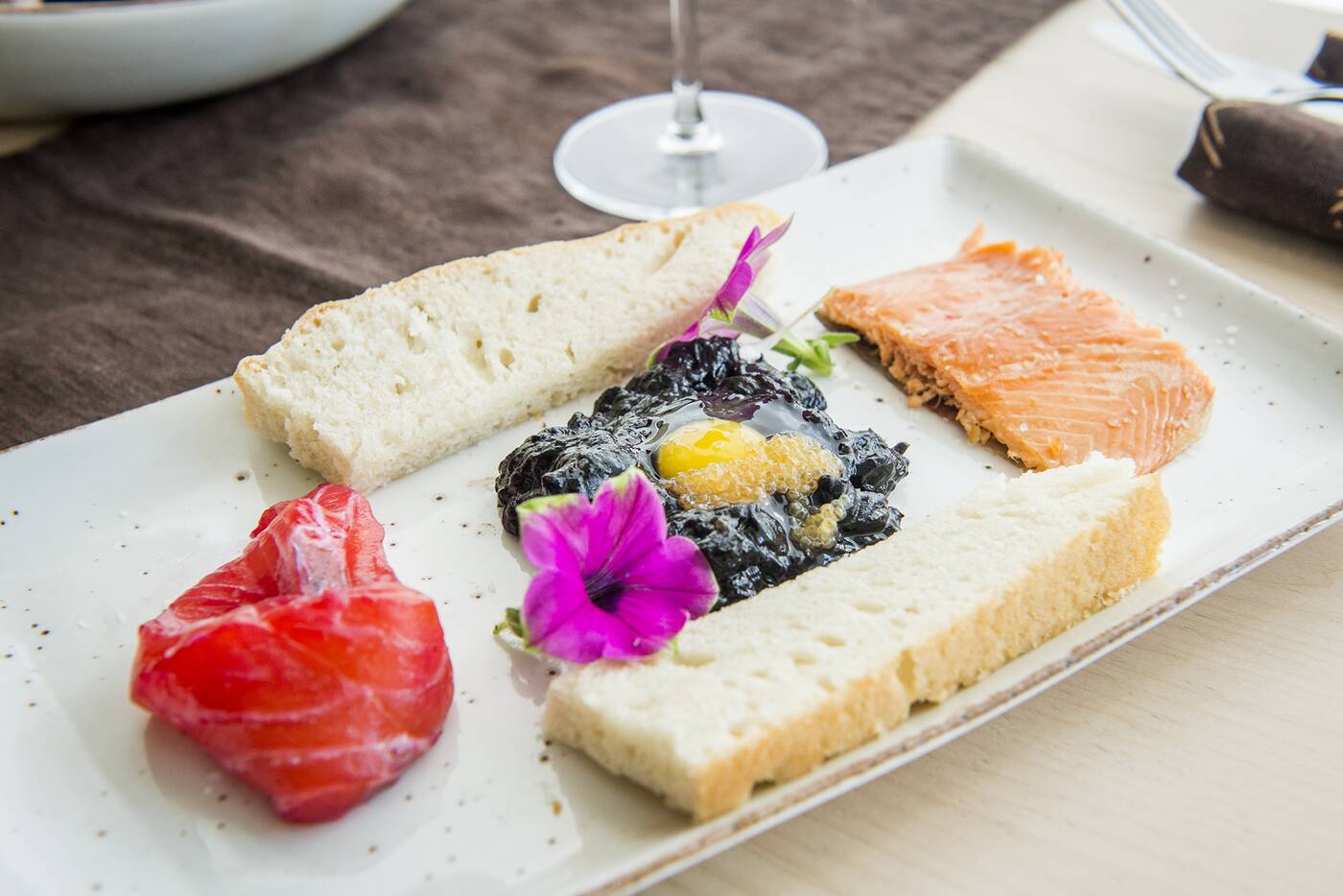 The Arctic trio ($22) starts things off with a sophisticated and colourful bang with a hot pink beet and maple cured salmon, seal tartare, and cold smoked Arctic char. The salmon is like sashimi touched with beet and maple sweetness, and the char is similarly expectedly flavourful but familiar. 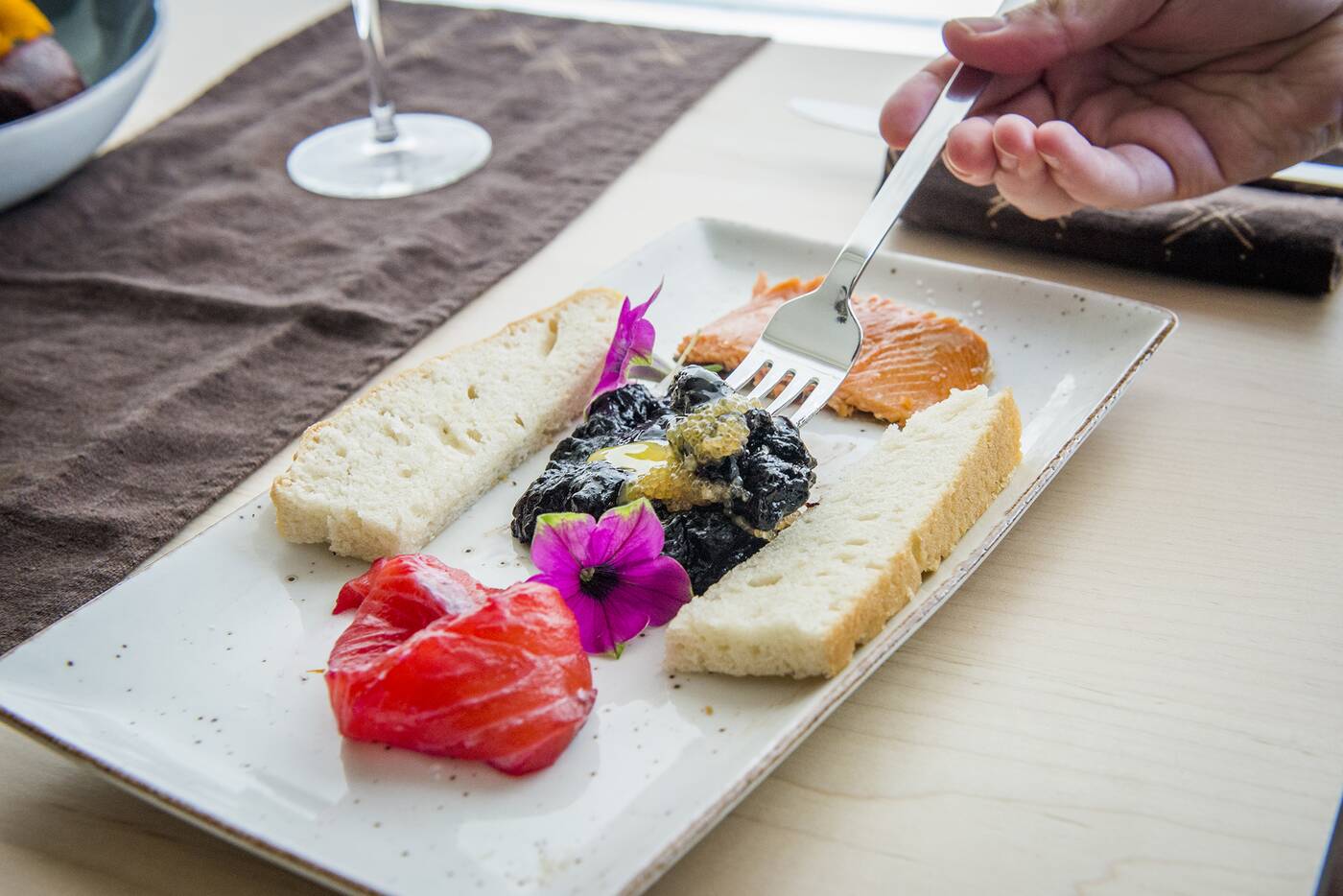 The seal tartare is a whole different ball game, topped with salty, expensive-tasting whitefish roe and a quail egg, though I wasn’t sure if it was intended to be just the yolk like a classic steak tartare.

It added extra viscosity to the raw meat, somewhere between fish and liver with a strong irony taste. Seal tartare with the bannock crostini that comes with the trio can be ordered on its own, too ($20). 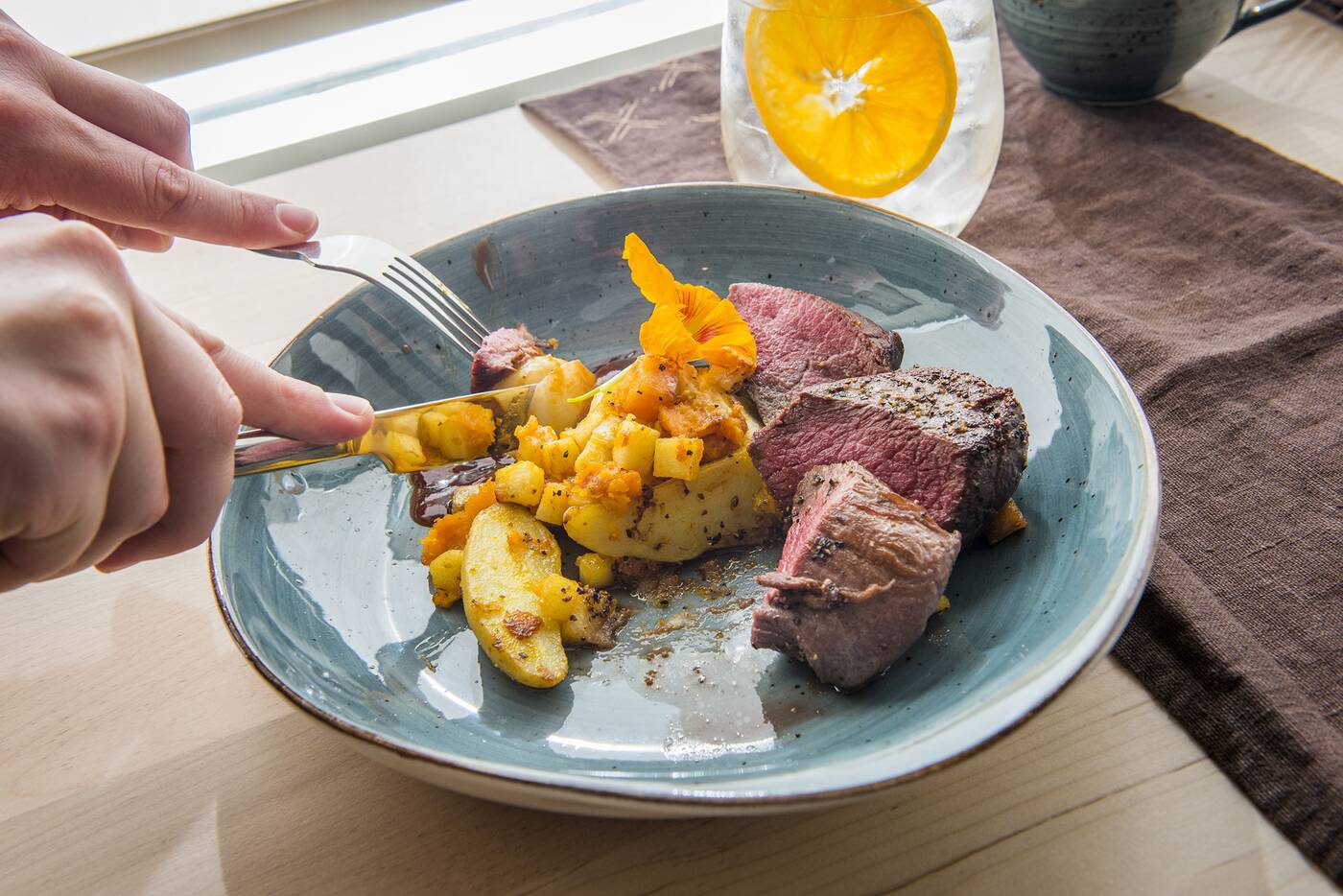 Elk ($26) is initially cooked sous vide with juniper and spruce tips, a way of carefully treating this delicate meat. It’s served medium rare in a restrained portion with fingerling potatoes, and smaller chunks of more tender parsnip and butternut, ringed by a bone marrow reduction sauce. 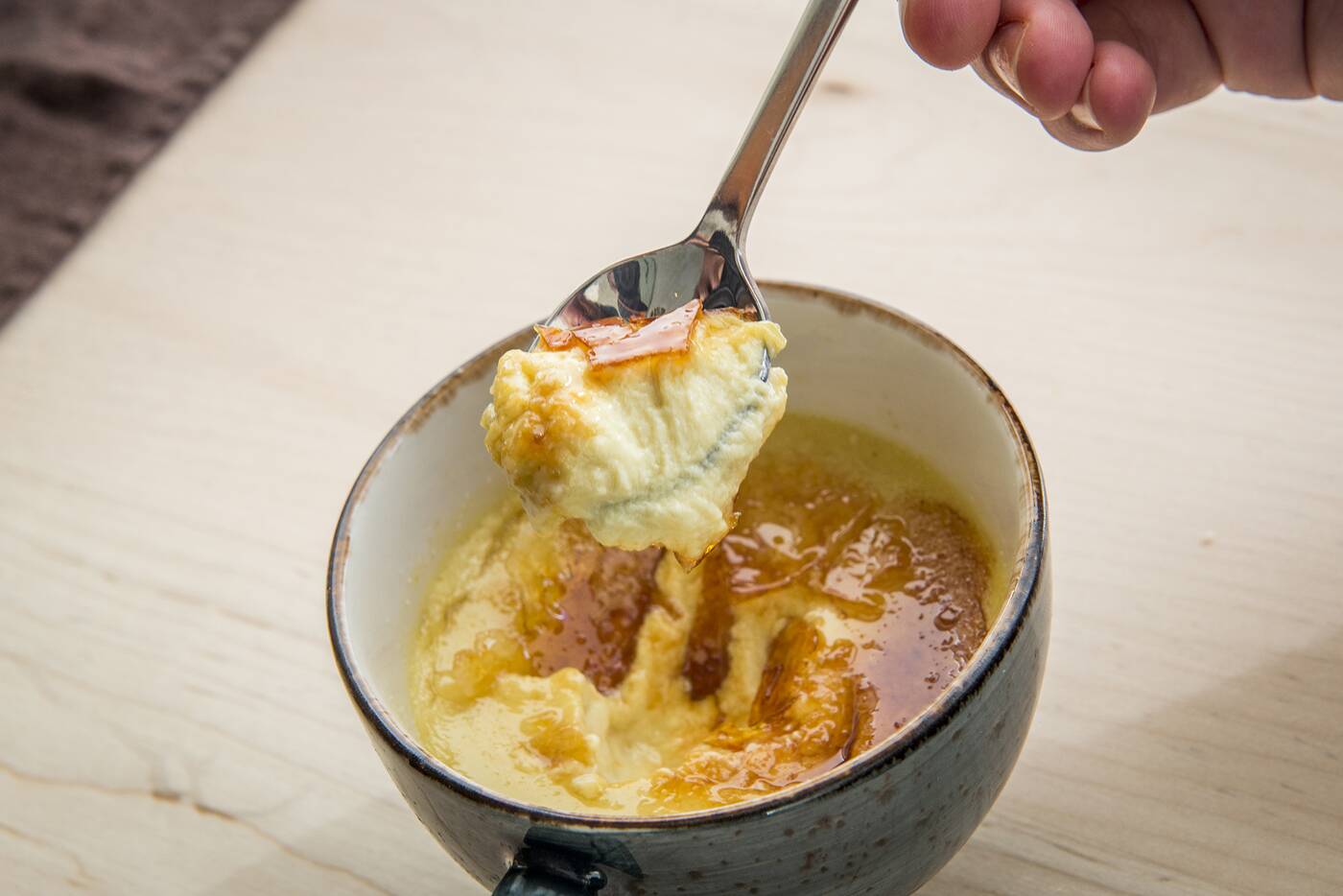 The sweet grass creme brulee ($10) has a very light flavour of herby, floral sweet grass, and pays homage to the link to Castanie’s heritage, a dish also served at his French restaurant Coq of the Walk where menu ideas for this place were initially tested. 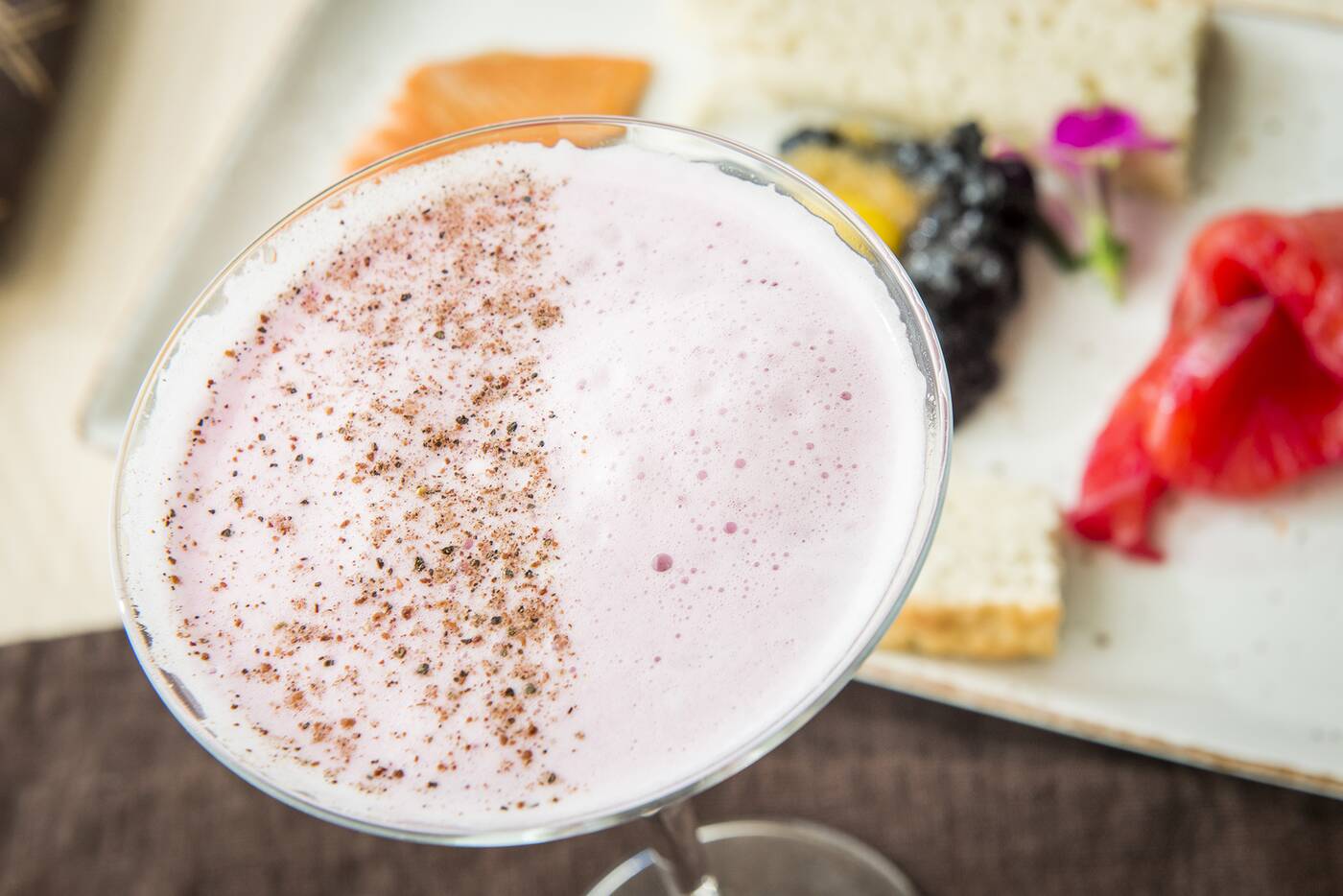 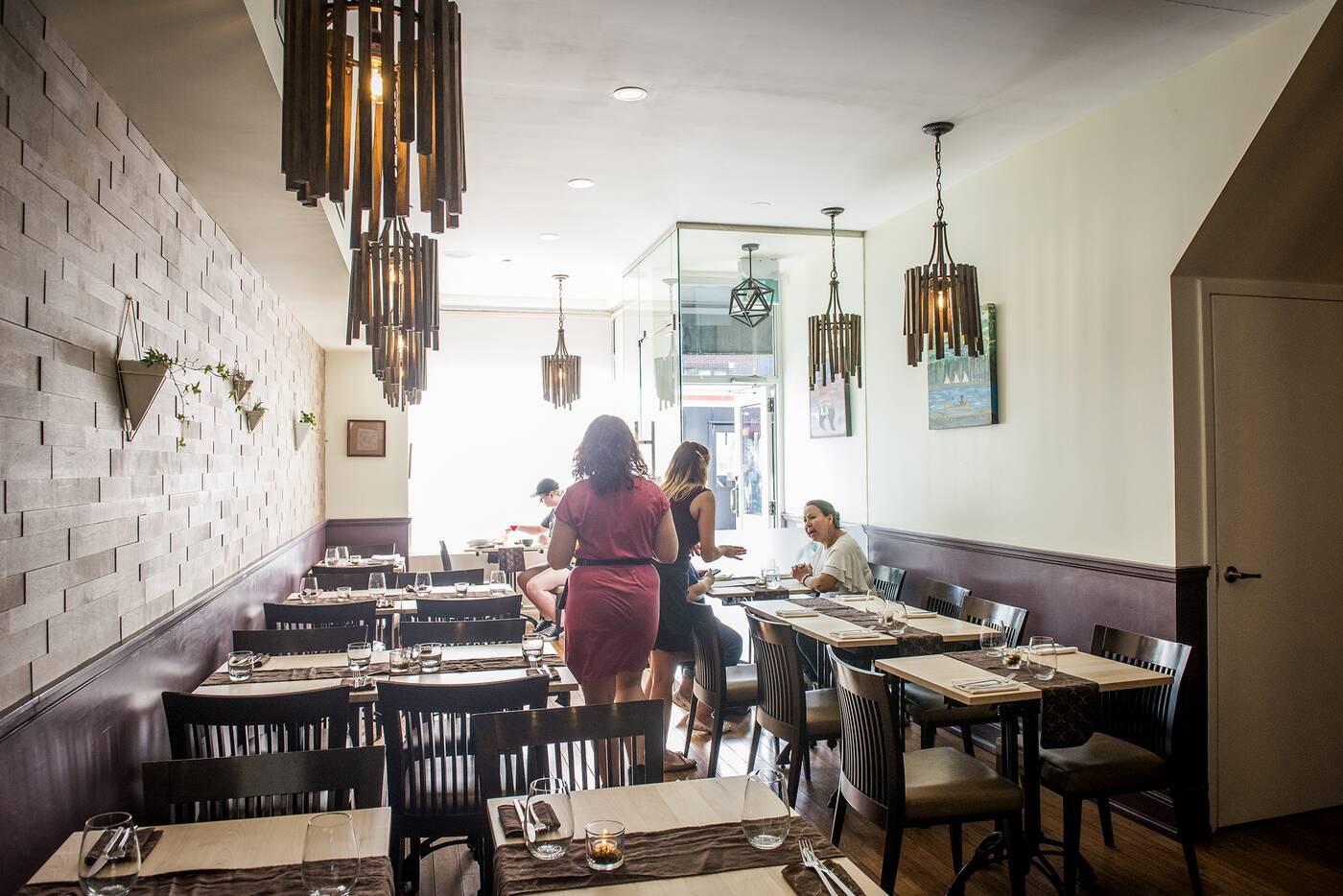 You can also do a full “experience” menu here for $80 ($120 with wine pairings) that takes you through a greater range of essential Indigenous ingredients treated with refinement, like oysters, the three sisters (corn, beans, squash) and pine needles. 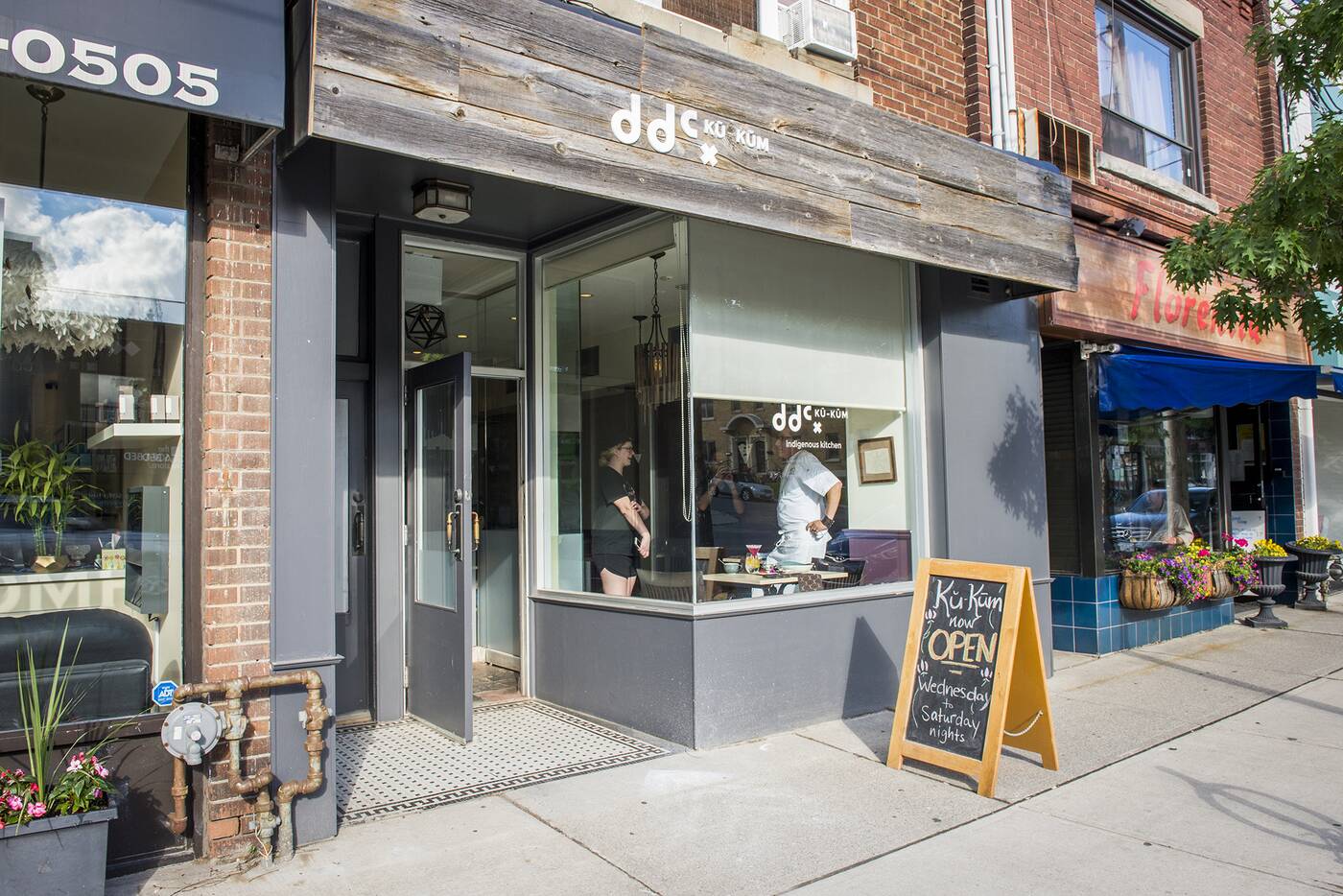